April in Paris is one of the earlier romantic fantasy stories of Ursula Le Guin. I recommend seeking it out, downloading and reading it, for it’s a magical book. And if anyone is still unfamiliar with the work of this American genius – you should be ashamed of yourself! Start with anything from this list.

Paris happens to be one of my favorite cities.

I’m not sure why but I can be happy here just wandering around for hours (today I was walking for more than six). I understand how some folks don’t like Paris, while others are indifferent… but as for me, I ‘m a pure Parisophile. 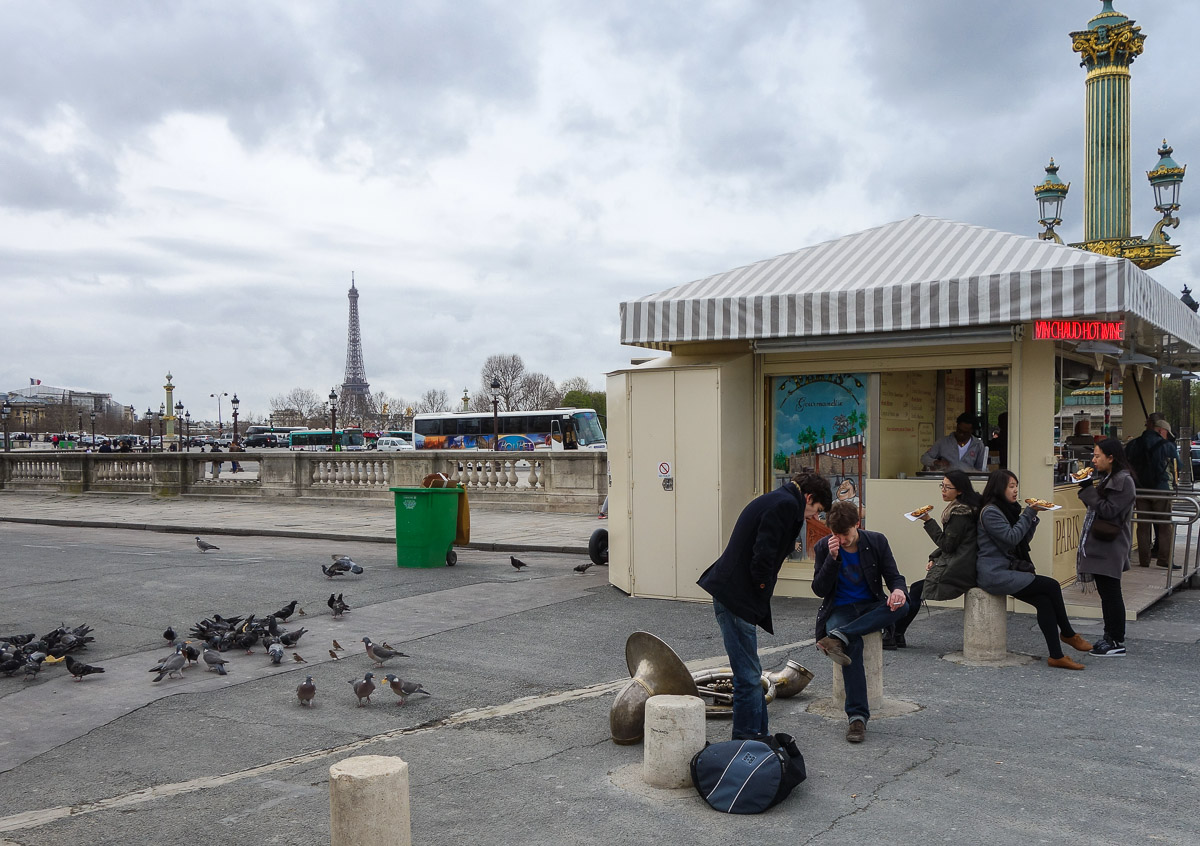 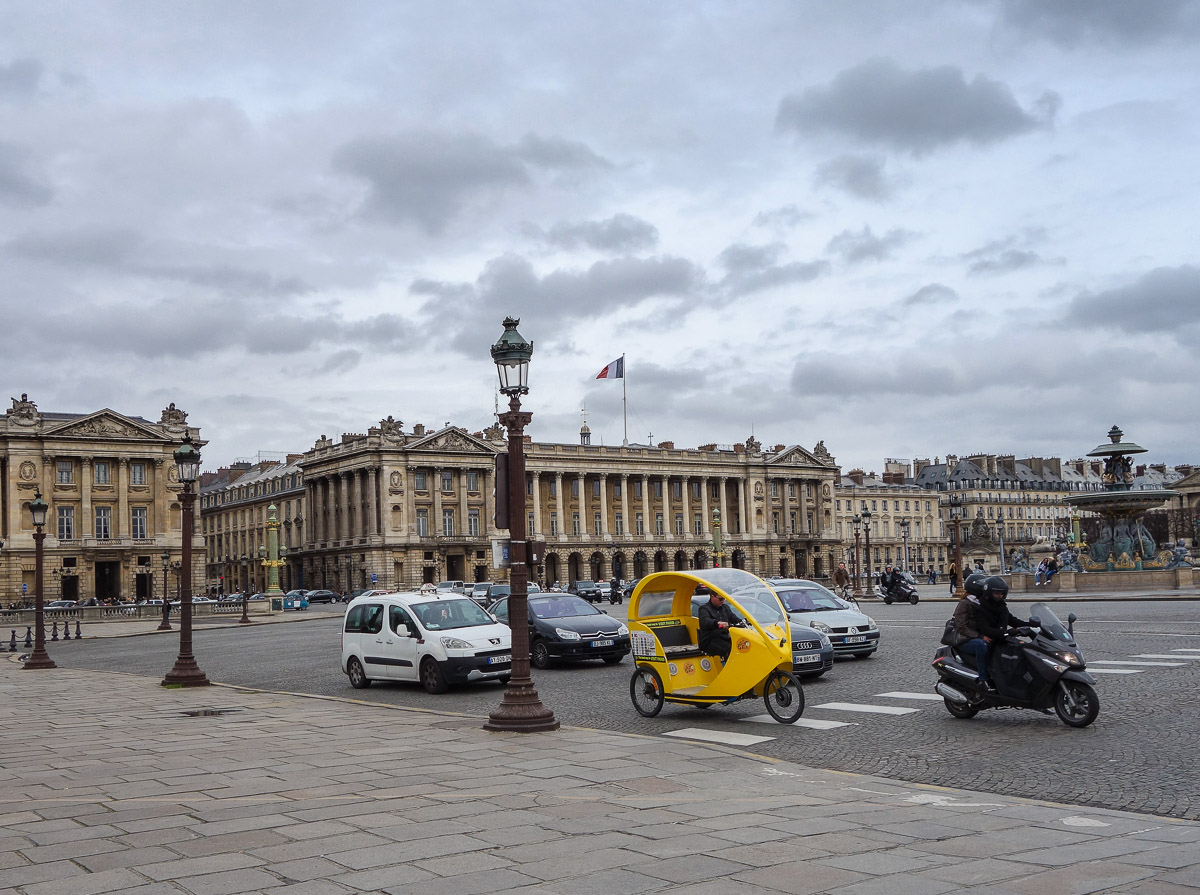 For some reason I’m comfortable here, despite the bad Moscow Paris traffic jams, the crowds, the constant hassle of street sellers offering sunglasses (if it’s sunny) and umbrellas (if it’s rainy) or some other sort of souvenir tat.

One man’s meat is another man’s poison… and all that.

If any readers are Parisophobes – just read the next paragraphs to ossify your prejudice further :).

I saw some street swindlers in action right in front of the Louvre. There was a creature of uncertain age (40-60), unclear nationality and indeterminate sex (dressed as a woman). This “Gollum” pretended to find a heavy “gold” ring at my feet. “Is this yours sir?” it asked, and sadly I didn’t have any small change in my pocket to play along.

The rest of the con-trick is simple. At best you are sold this chunk of brass for five, 10, 20, 50 or, if they are really lucky, 100 euros. At worst – you lose your wallet (close by in the bushes a collaborator may be lurking to snatch and sprint off with it while the Gollum just stares at you in mock surprise).

Sooo – don’t get your wallet out, whatever you do! Tattoo this advice on the back of your hand! I almost fell for this myself in Barcelona in 1996. I was saved by the fact that I instinctively held my wallet in two hands, one over the other. In short – don’t get caught out by scams. Keep a cool head. This rule doesn’t always work. In some countries there aren’t niceties like street swindling – there you get stuck up with a knife… and you’re best off just handing over everything (Rio, for instance; but that’s a completely different story, and by the way, I’ve not been caught out there – yet).

Hmmm, I seem to have wandered off track a bit. Time for something pleasant…

As I said, I can’t say exactly why, but it relaxes me and its atmosphere somehow soothes me. It’s a bit like an Ibiza chill-out compilation (I’ve got one on right now as I write this – nice and mellow). Other cities are different. In some cities you get caught up in the drive and energy of the place, and tend to dash around (Tokyo); in some places you’re blown away by it all (NYC, Singapore); in others you want to don an official mask and march straight ahead (London); some places you just don’t want to be in at certain times of the year (recently – Moscow; I’ve had enough snow till fall at least!); and there are some cities (like Barcelona, central Sidney, Paris) where it’s… just give me more!! They wash over me and I become gentle, polite and philanthropic; I don’t think about work at all, I simply wander about the city and feel great. I don’t know what comes over me!

I’m completely alone here – quite a rare thing for me. I popped into our Paris office on the Friday and then was left to my own devices for the weekend in the center of town. 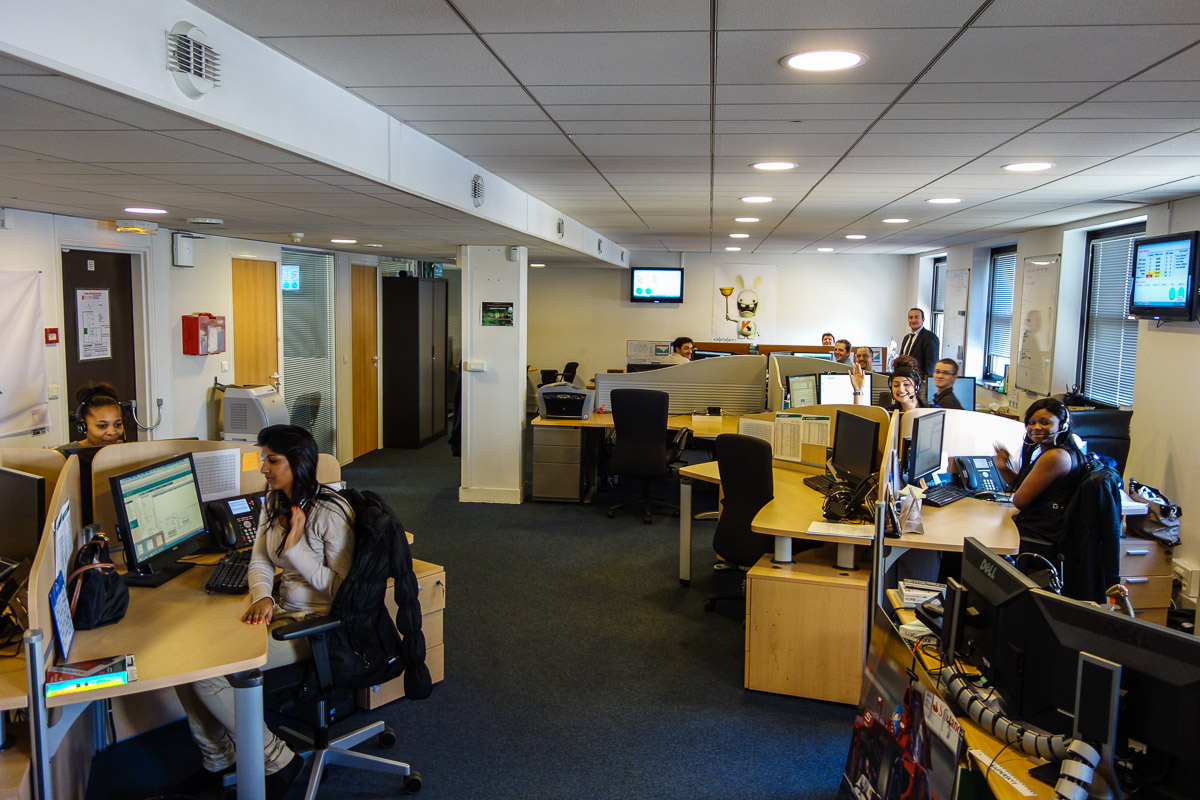 My regular travel companion T.T. had had his flight cancelled (United 914 “cancelled”; ha!) and so he was stranded for a day in Washington, D.C.

However, there were some plusses…

Here they think I’m a local. I wander around on my own, camera out of sight (in my pocket), face stern. Two or three times French folks asked me the way; my standard response is always at the ready: “Je ne parlez pas Francais, excusez moi”. And on I go, incognito, savoring the city. And that’s what I plan to do tomorrow as well.

Today, three of my key European pilgrimages: Notre Dame, the Pompidou Center, and the Eiffel Tower. These are the three main points on my map of Paris. Notre Dame and the Eiffel Tower because… I am after all a techie, so my former life draws me to these constructions. And the Pompidou Museum of Contemporary Art – I simply like it, the more so as the exhibits change from time to time. I just dig the place – period. 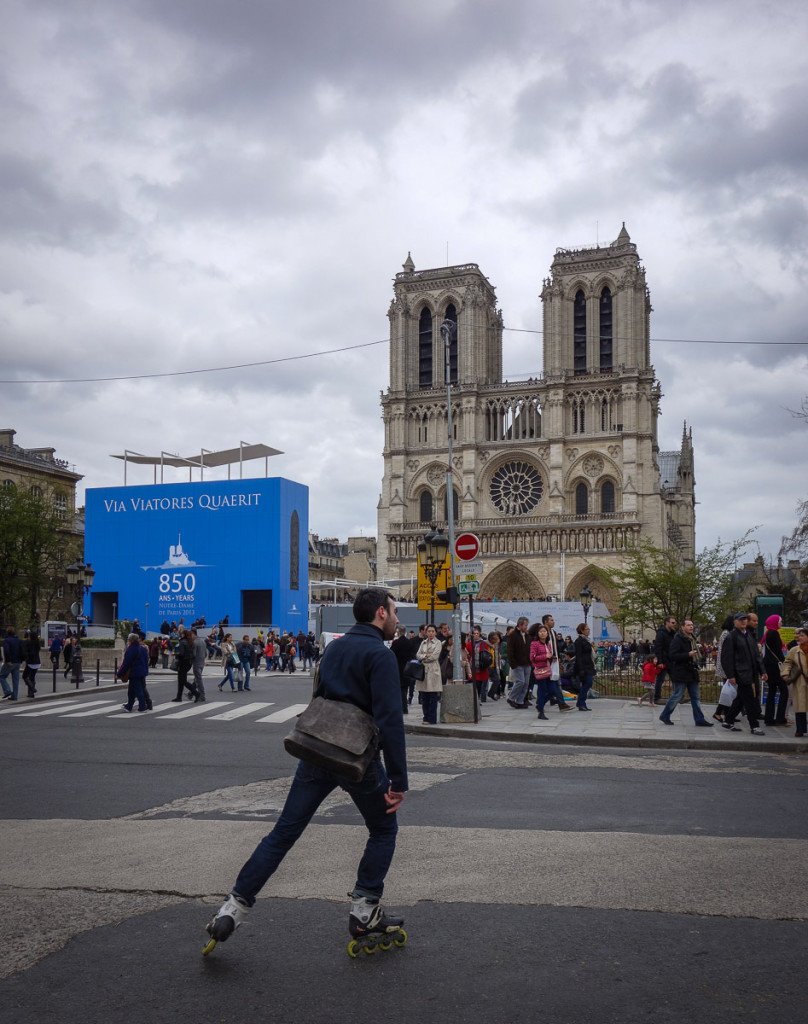 Those of you who’ve seen this cathedral with your own eyes… in fact, also those who’ve never seen it… imagine Paris of the thirteenth century – slums, hovels and among all that arising up on the island this huge construction. Well done you Frenchmen of the Middle Ages! What sort of boldness did that take? And what sort of architectural vision to plan it? And what sort of technology to build it? Awesome. Technical-architectural-design heaven.

Unfortunately I didn’t get to go inside this time. The line at the entrance was like passport control at JFK. Endless and odious; a real shame to have to forgo it. 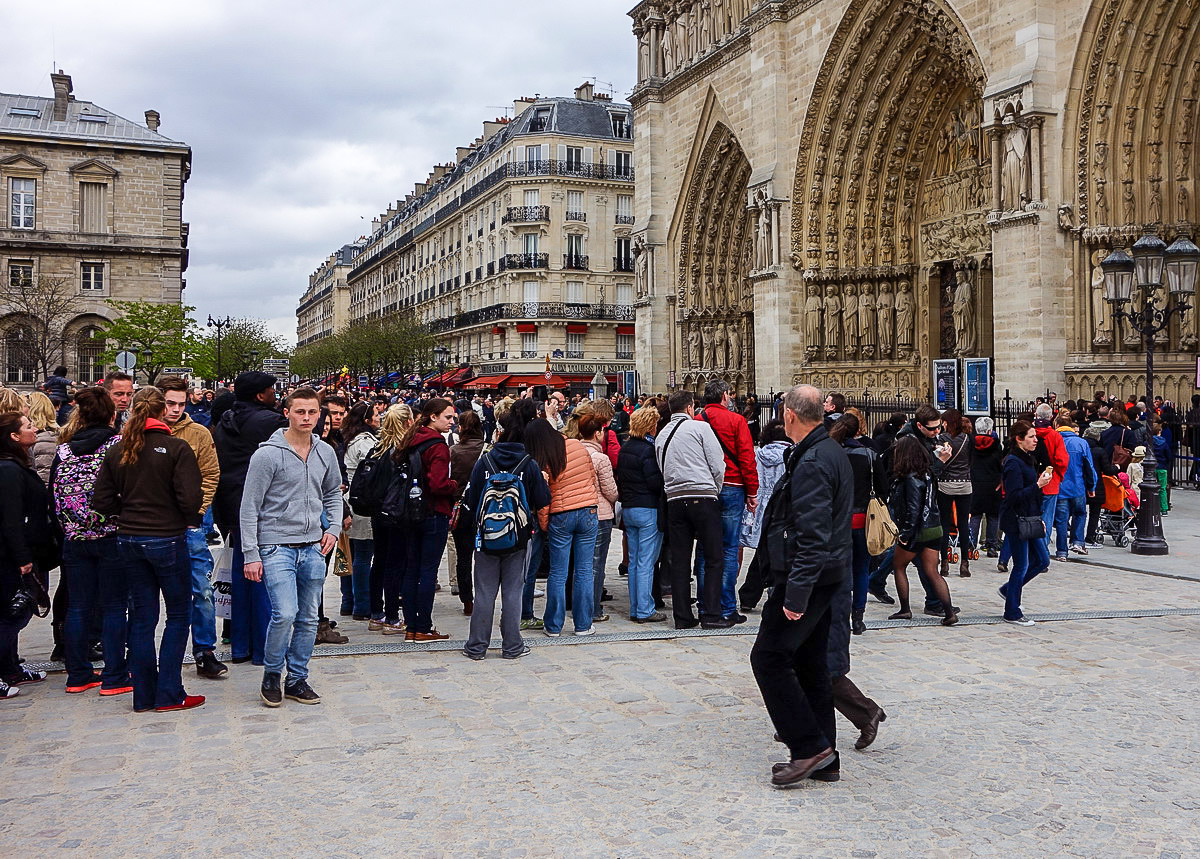 Mind you, they have at least installed a podium in the square in front of the cathedral for viewing and general chilling. Great idea. Gaze around, admire it all, soak it all up… I love Paris! 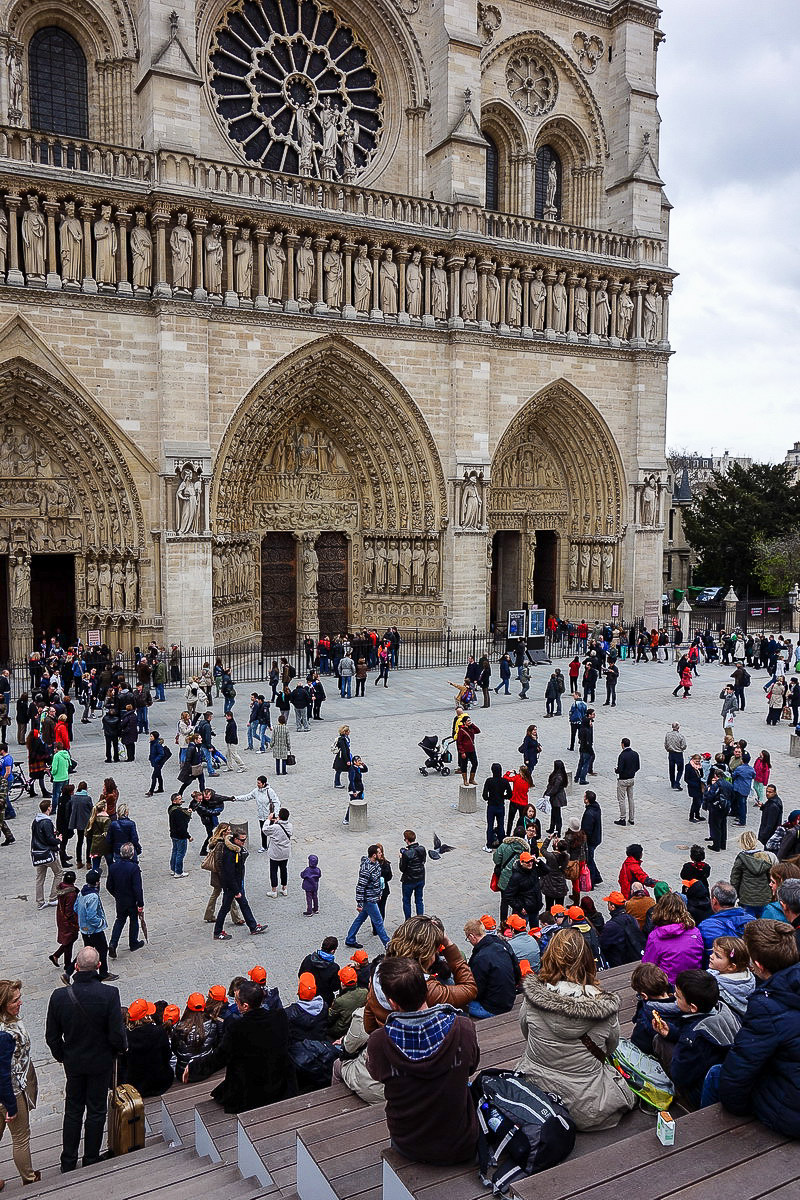 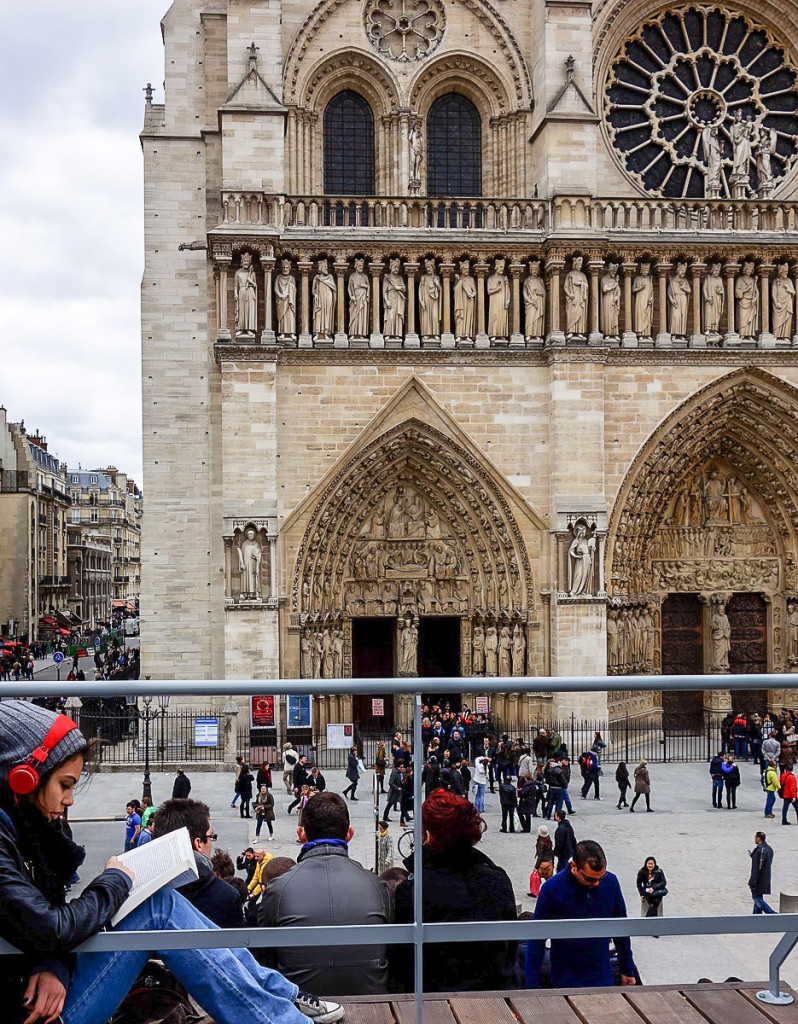 The Pompidou Museum of Contemporary Art

Named after the extremely popular and successful French politician George Pompidou. They say that his reforms helped France become a world economy. The history is fascinating.

Looking at some of the exhibits you often start thinking about ideas for the home – this or that kind of thing would look nice over the mantelpiece, in the kitchen, etc…

Looking at the street and the rain beginning to fall I thought to myself maybe it was a mistake burning my umbrella in Tolbachik. It’d come in handy here.

Hardly needs any introduction, but… Now this is an example of how to implement a project. A free lesson. The tower paid for itself decades ago… but the French still charge a fee today! And so…

Well, looks like the rain might be stopping… It’s nine in the evening and getting dark, the clouds are gathering, and now a totally un-April-like rain is spattering again and I don’t fancy climbing up to the top. So I didn’t. I marveled at it from down below. It’s always the same – I want to – I don’t want to – I want to – I’m feeling lazy – I’ve already done that – actually, naaaah, it’s warmer here. But now I regret it! Tomorrow we’ll deffo go up, then.

PS – It’s a shame you can’t climb up on foot to the very top like you could 100 years ago. I’d be on for that in any weather!

Then I accidentally got lost, turned the wrong way on Hugo Street and ended up walking around nighttime Paris for another hour and a half. But I don’t regret it for a moment!

But it’s only a temporary pause. There’ll be more later, I promise; for instance comments on various other photos (the photos are here), plus, as ever, my impressions :) 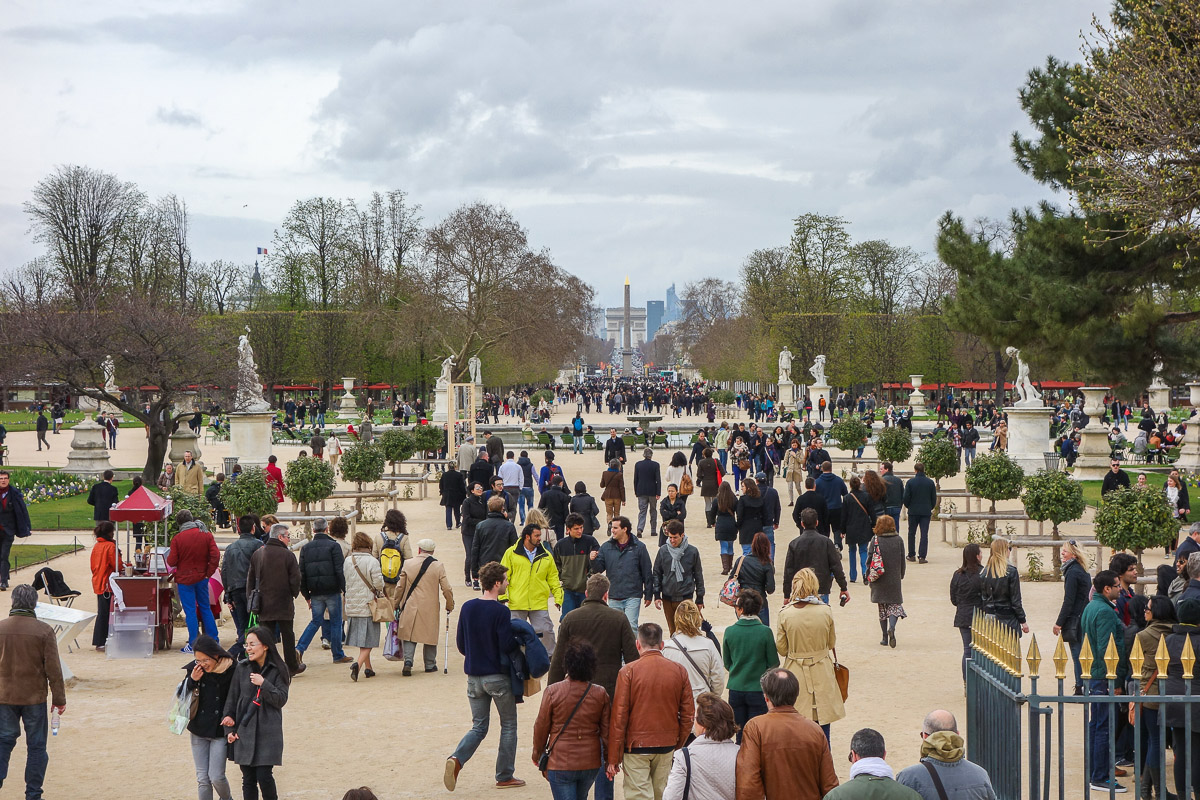 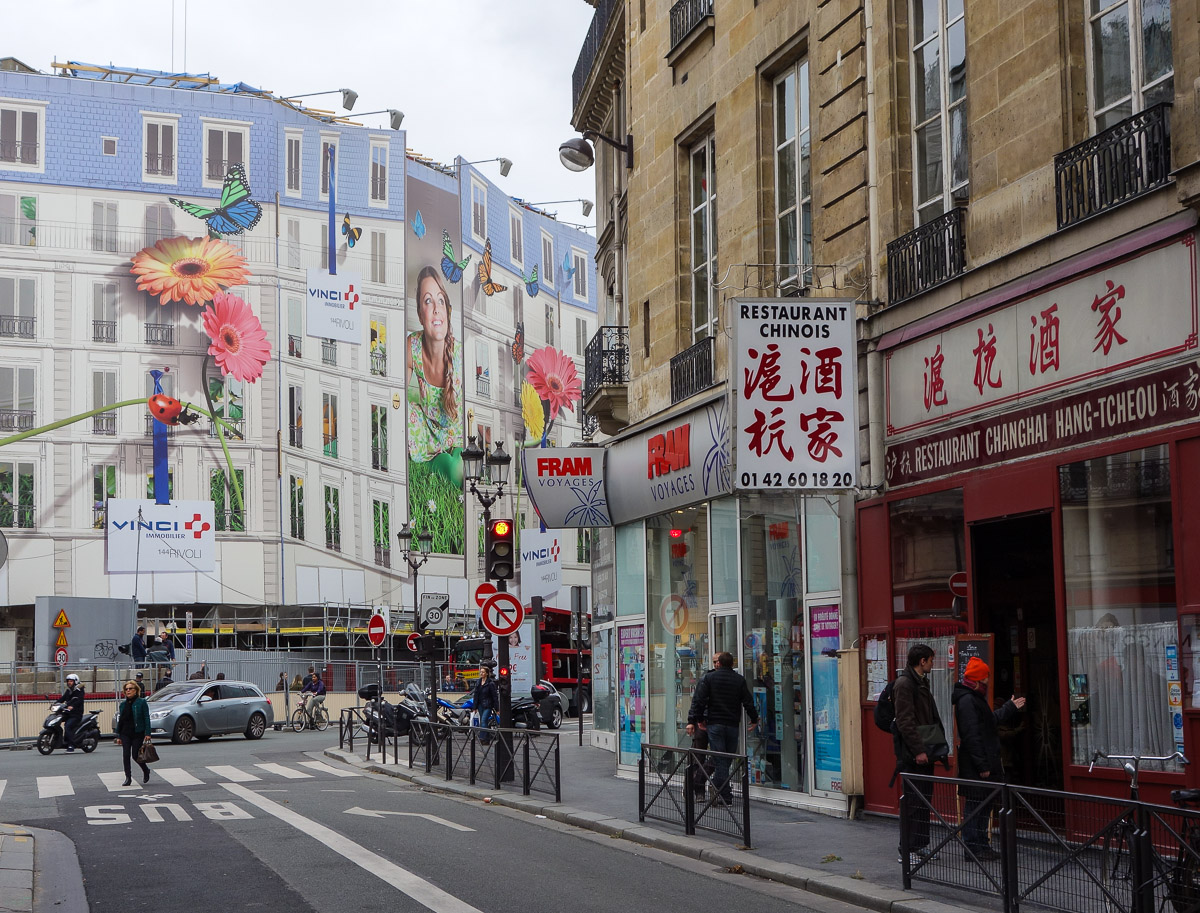 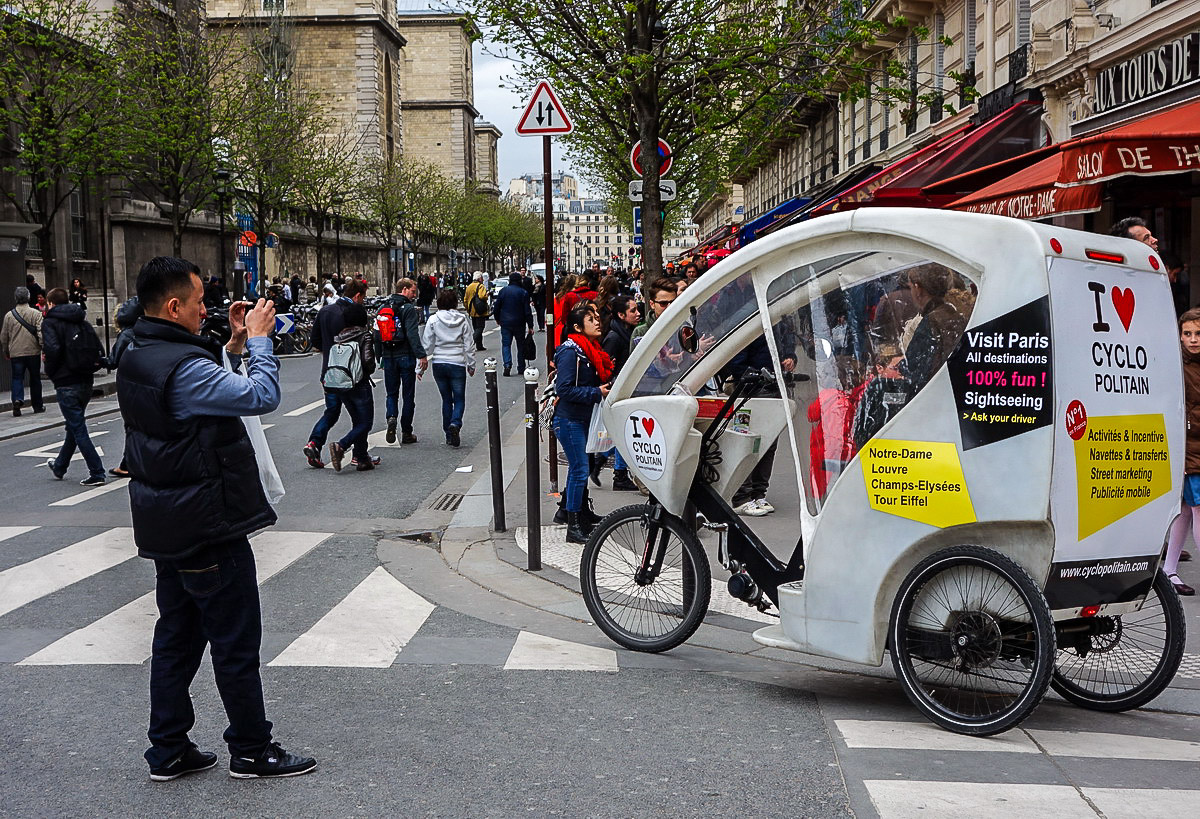 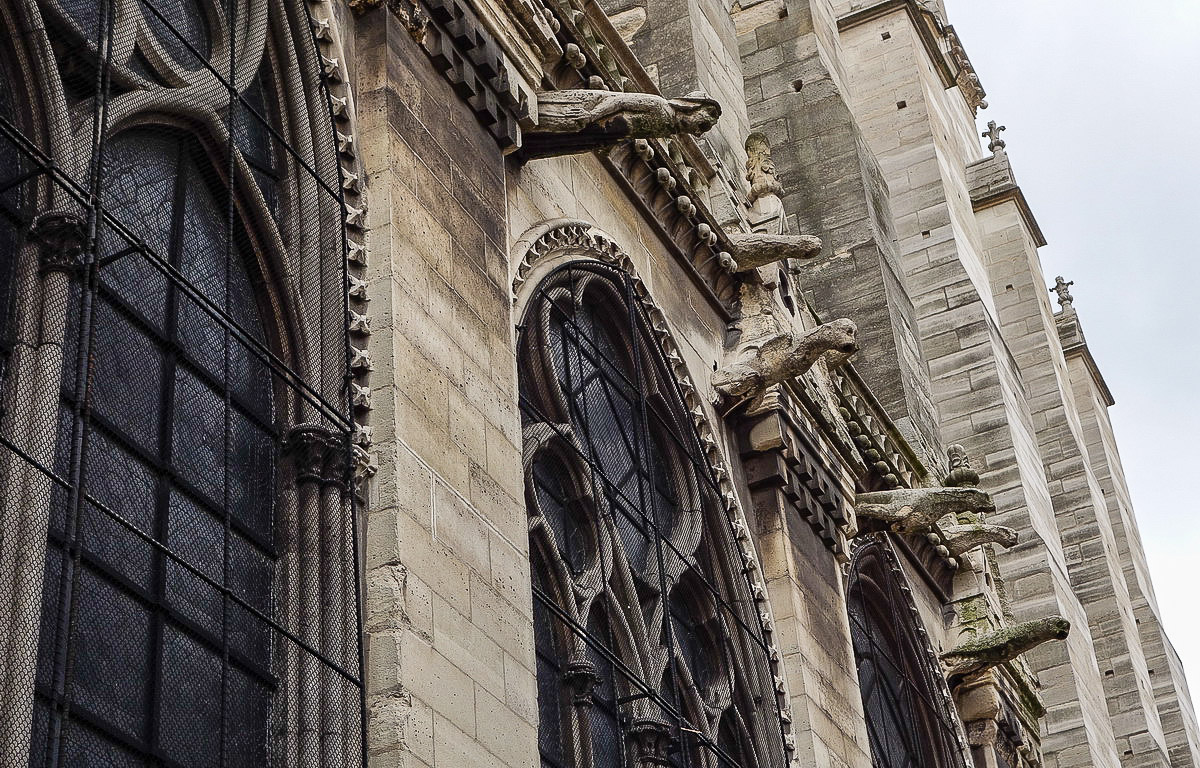