Been a while, I know, but (as some/most of you know by now) the first week of a New Year in Russia is always a non-working week. And – suddenly – oh my goodness: it’s January 9 already. Back to work!…

After our day of graffiti-gazing in Valparaíso, the time had come for us to head on home. Normally, such a trifle would hardly warrant a post of its own, but, normal – what’s that? I’ve forgotten… 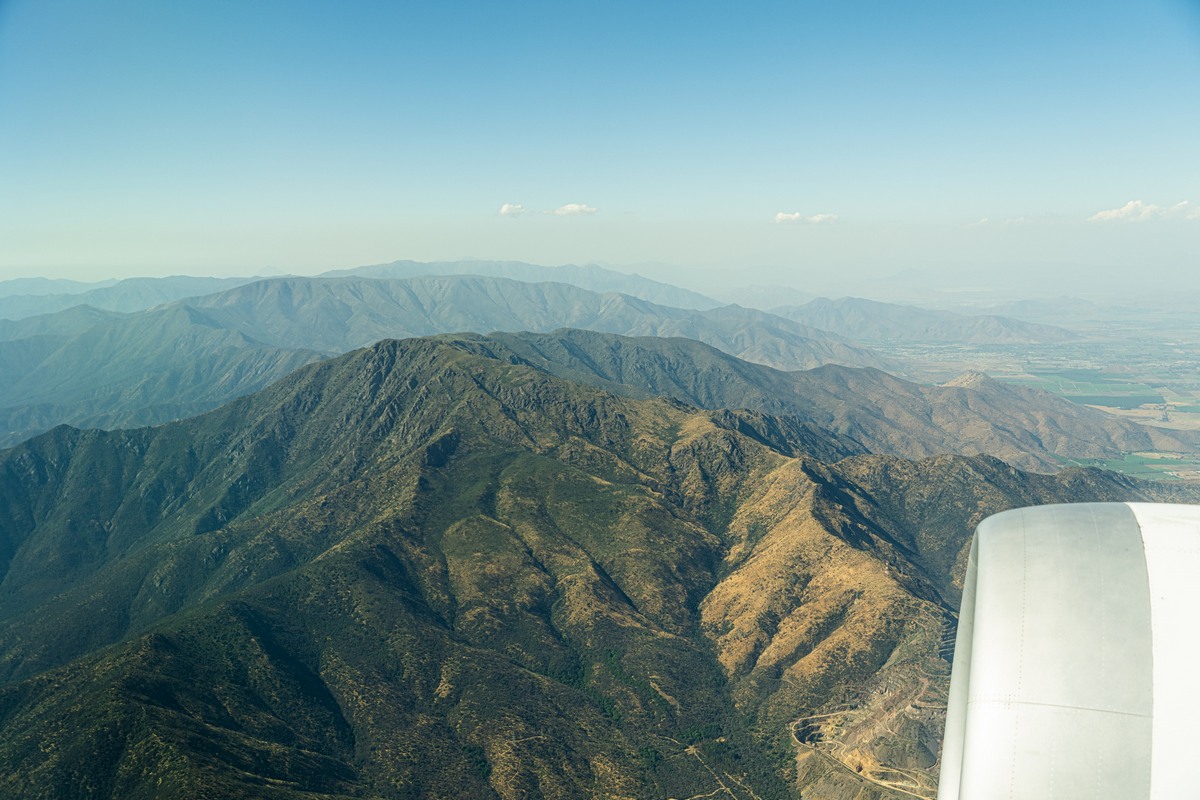 These pics were taken not long after we left Santiago. I thought we’d be passing Aconcagua on the left, but I was sat on the right side. However, it turned out we were flying round the tallest mountain of the Americas the other way – so I did have a window view after all! Hopes duly up… but… then I realized why they’re stricter than usual regarding belting up when flying over the Andes: 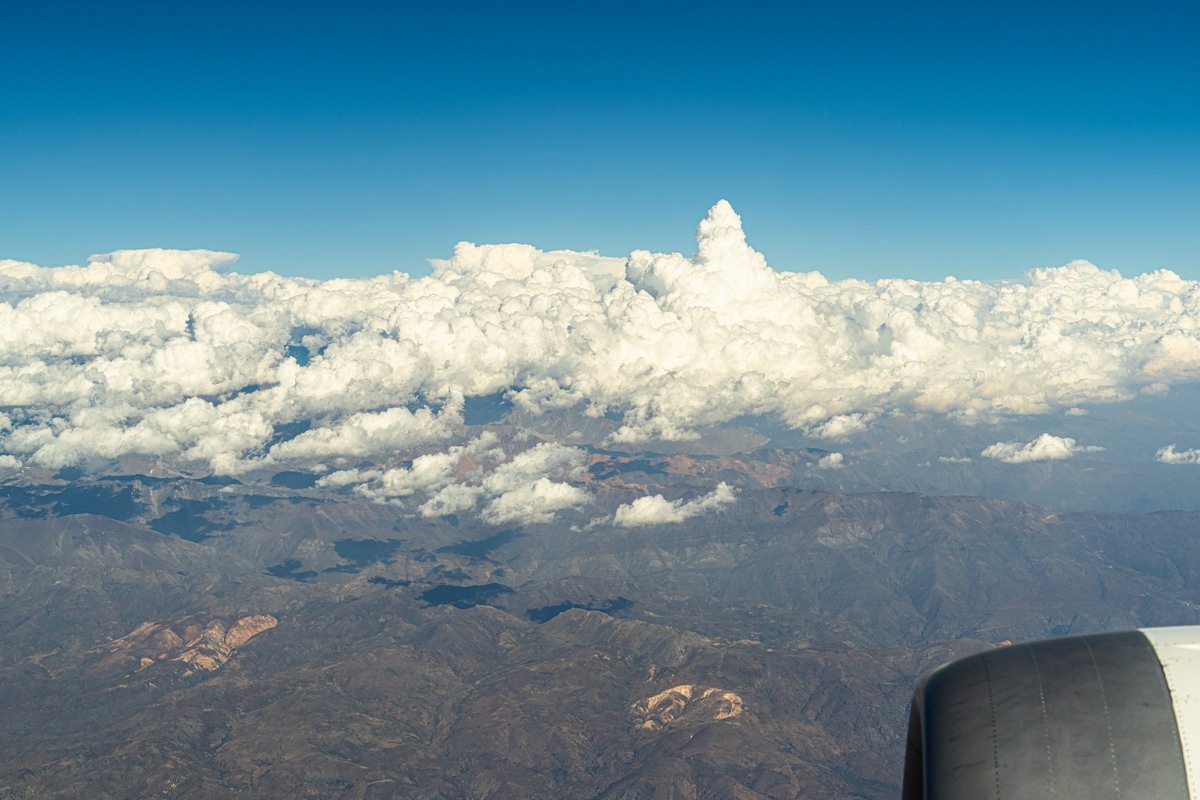 …For it’s clouds like that can mean bad turbulence. I mean – look at that column that’s risen up like that (next pic). Not normal. Probably due to how the air has been pushed up so abruptly due to the steep mountains not far below ->

Though the ride was somewhat bumpy, the views just kept getting better: 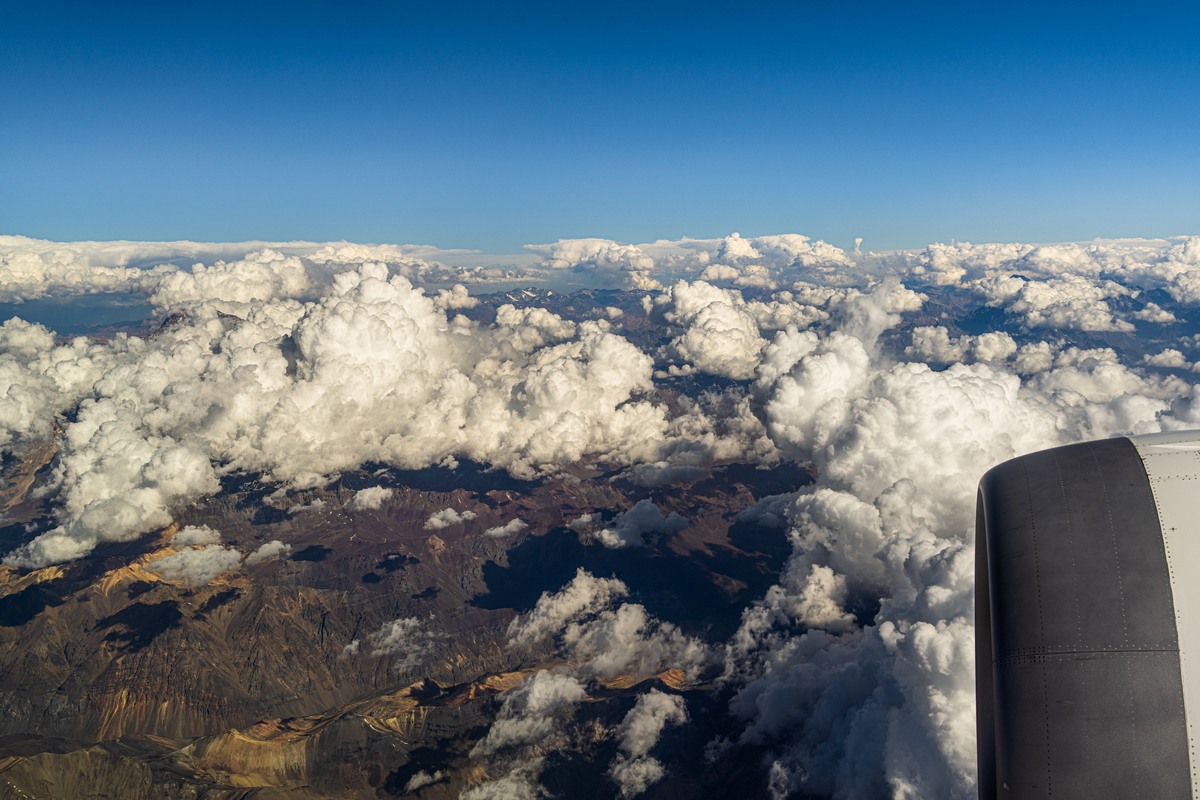 Is that Aconcagua? Mid-left? -> 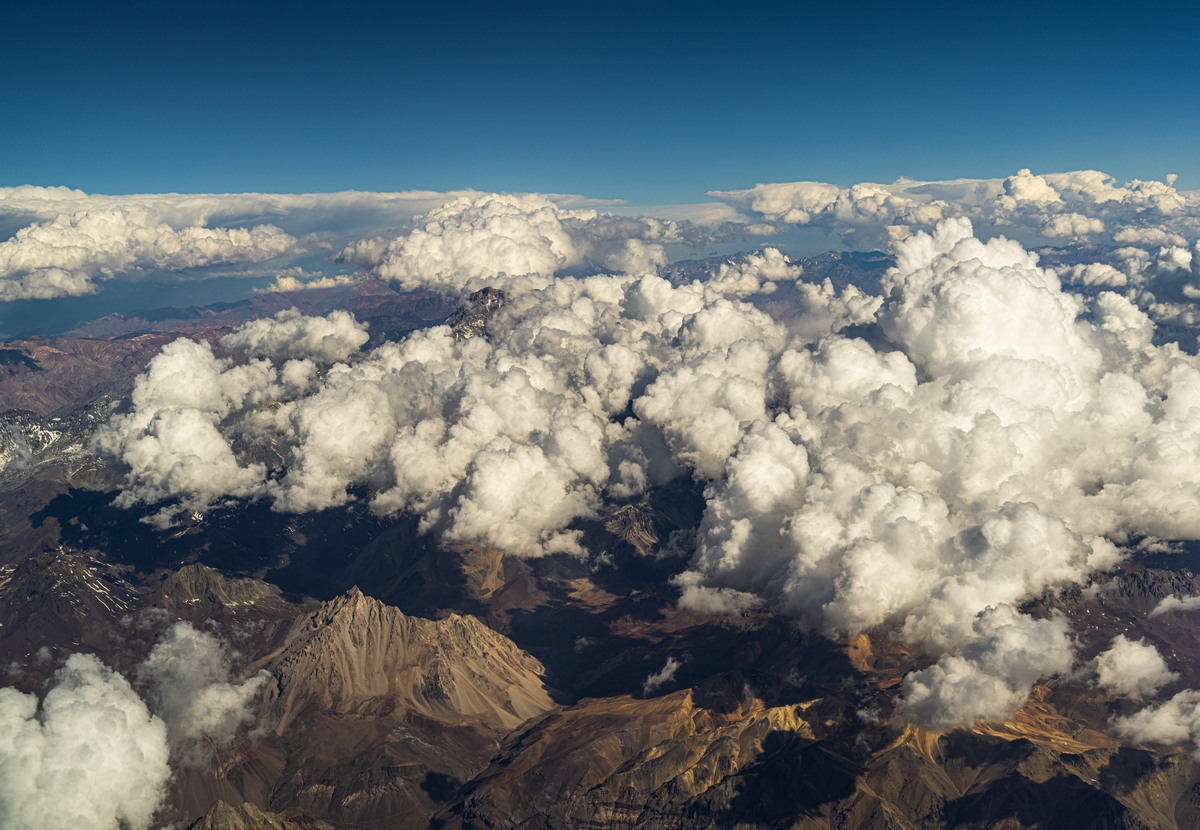 I didn’t find out. Still, whether it’s Aconcagua or not – simply gorgeous:

One thing’s for sure – there’s been some serious volcanism going on down there in millennia/billennia past. I’d noticed this when we visited Christ the Redeemer of the Andes – that the rock was clearly of volcanic origin. The view from up above only seemed to confirm this ->

We pass over the Andes, and here’s Argentina. But… desert? -> 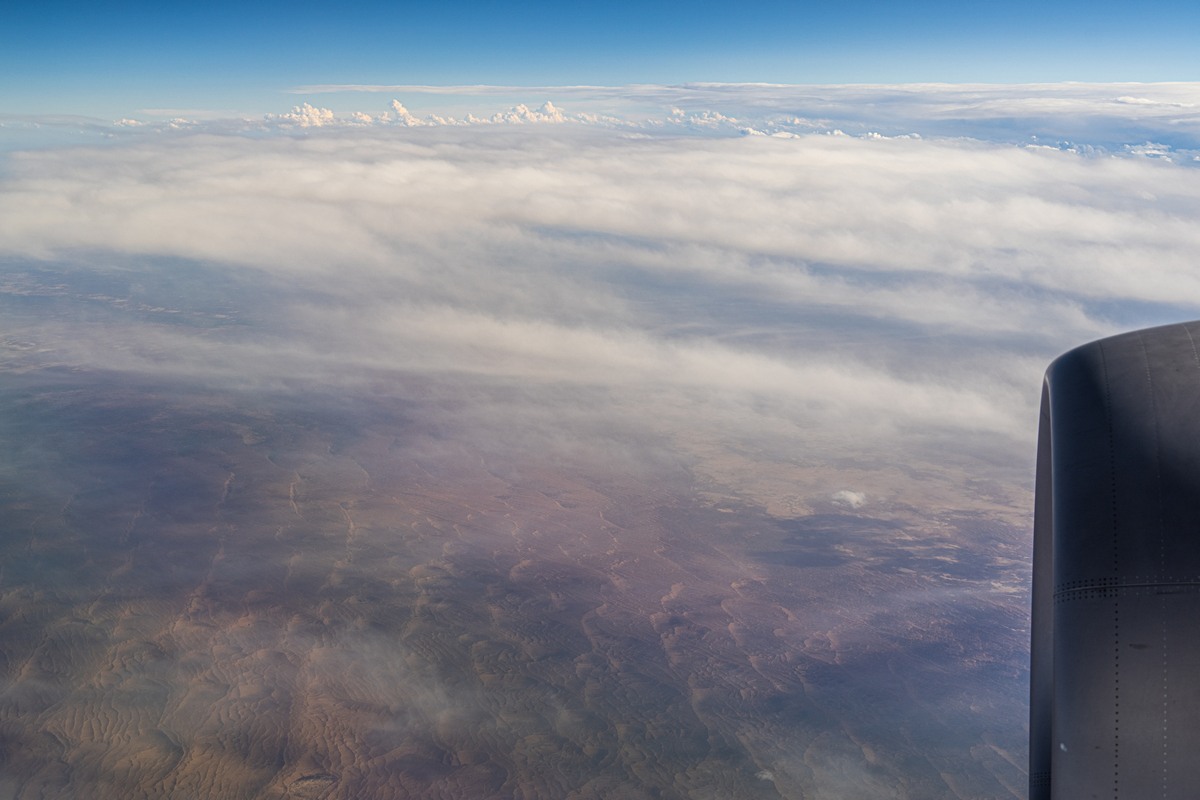 Yep – mini-desert! Learning – and remembering – geography: always best done by being there yourself, or at least in a plane up above! 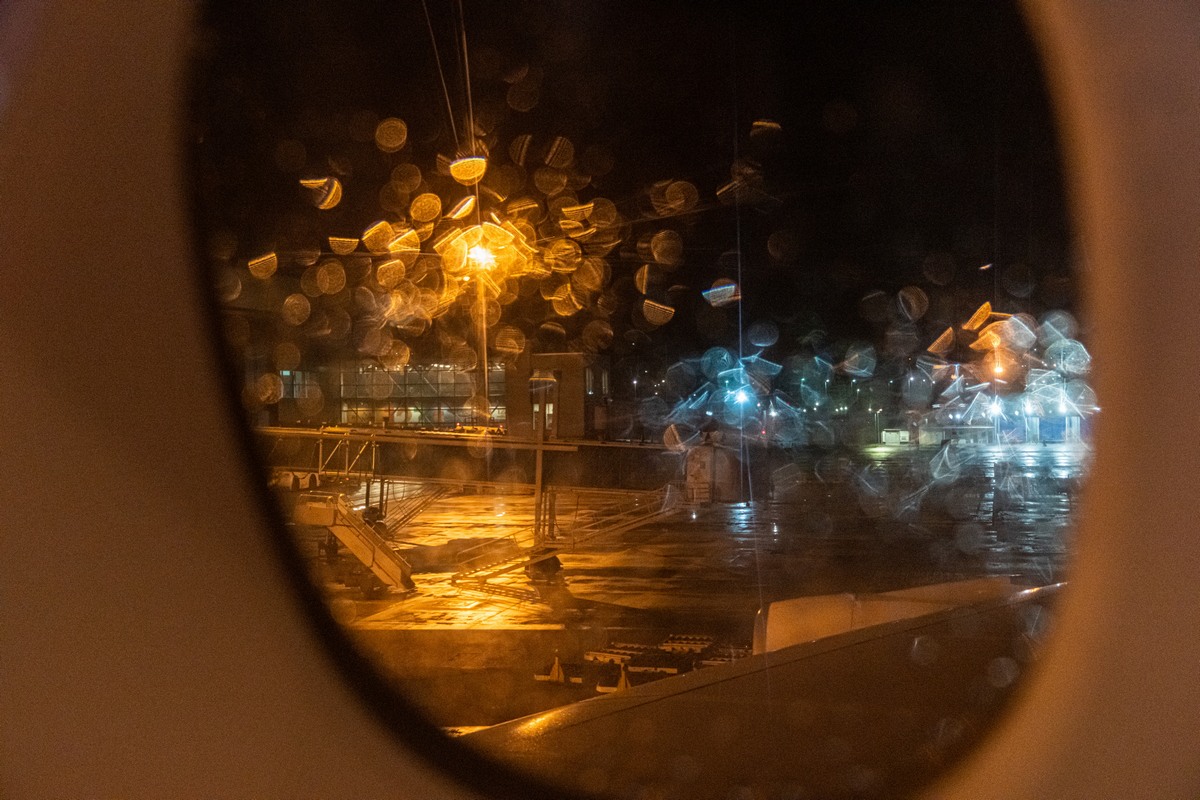 On the screen in front of me I switch from the map to the media menu; there’s an intriguing documentary on offer, but I opt for some shut-eye instead… 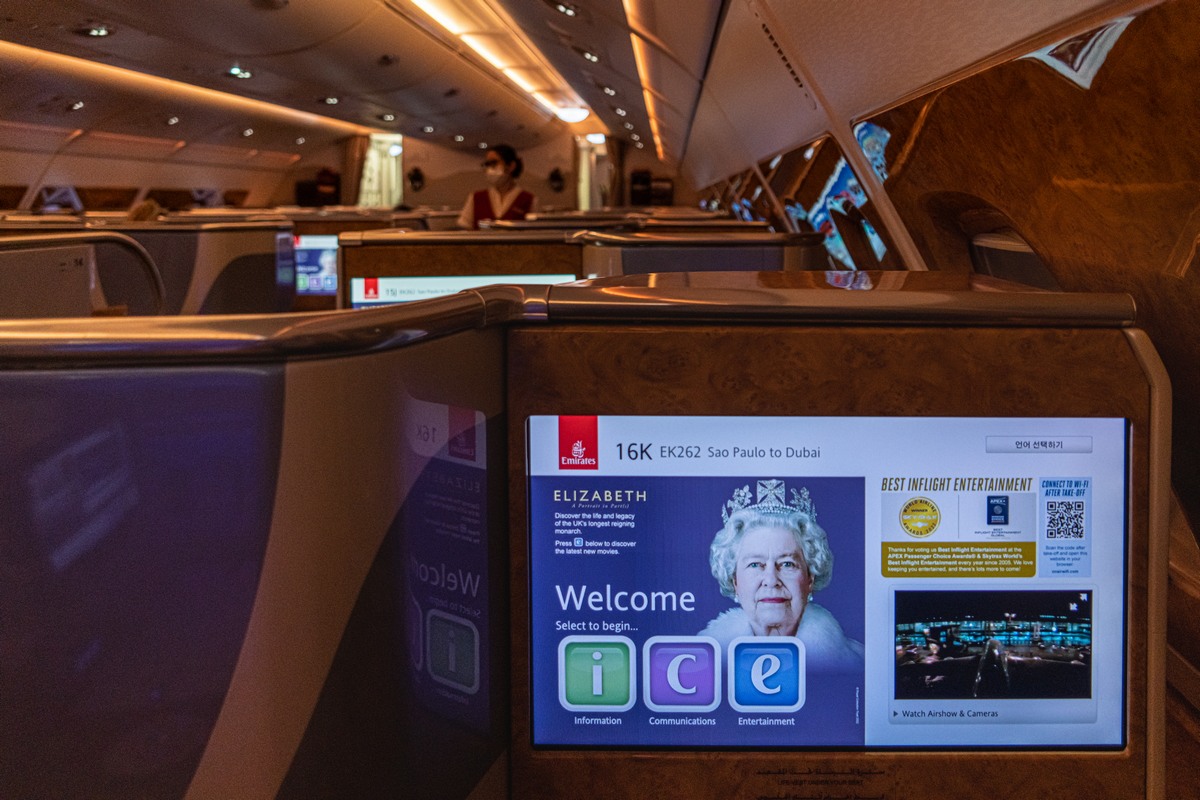 The flight was a very long one, but I’ve zero photos to show you. Yes – it was dark outside for much of the journey, but also – I was sat right above one of the wings, and the plane being a gigantic Airbus-380, that meant the only thing to be seen out the window was that (just as gigantic) wing: 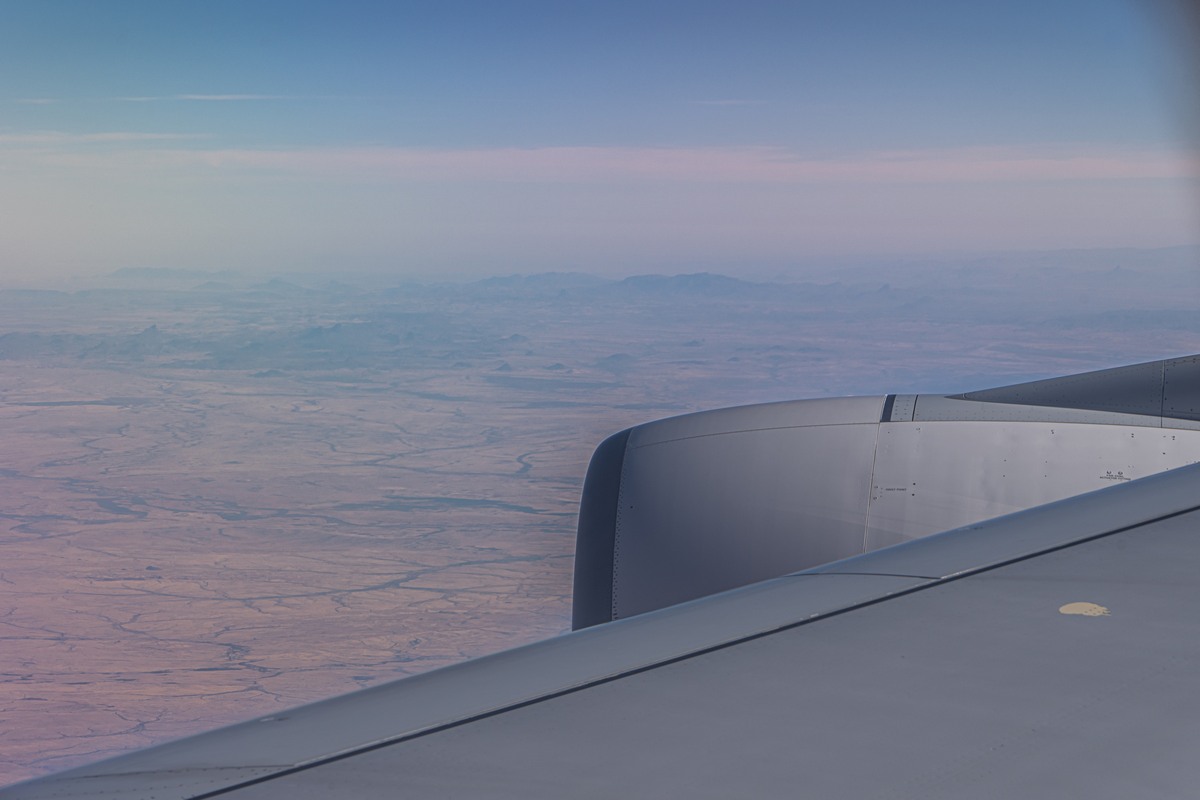 Many an hour later – Dubai. 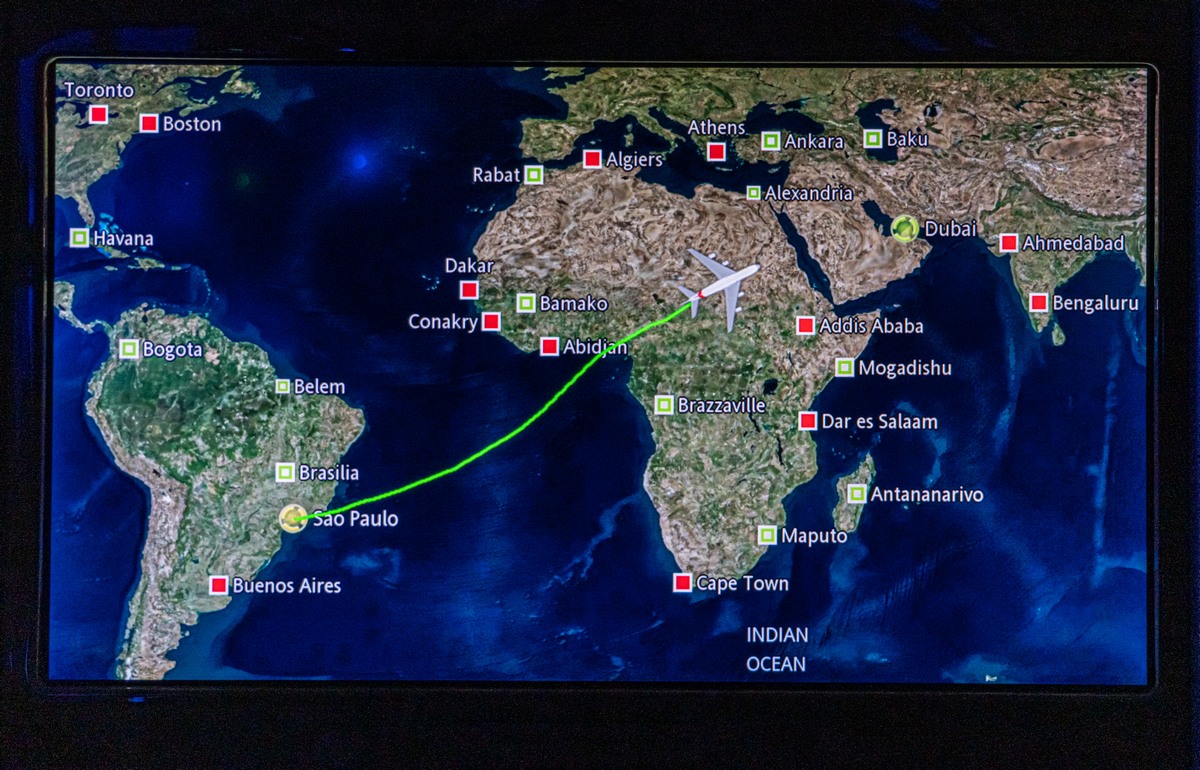 A few more hours later – back in the air flying north to Moscow.