After a long stream of intensive excursions around the Pyramids, museums, the Valley of the Kings, and Luxor, what better way to take the foot off the proverbial peddle than with some… hot-air ballooning?! Indeed – there’s no better way, especially when you take into account the “bonus”: it’s not just modern-day Egypt you see down below during a flight – plenty of Ancient Egypt (its remnants) is down there too -> 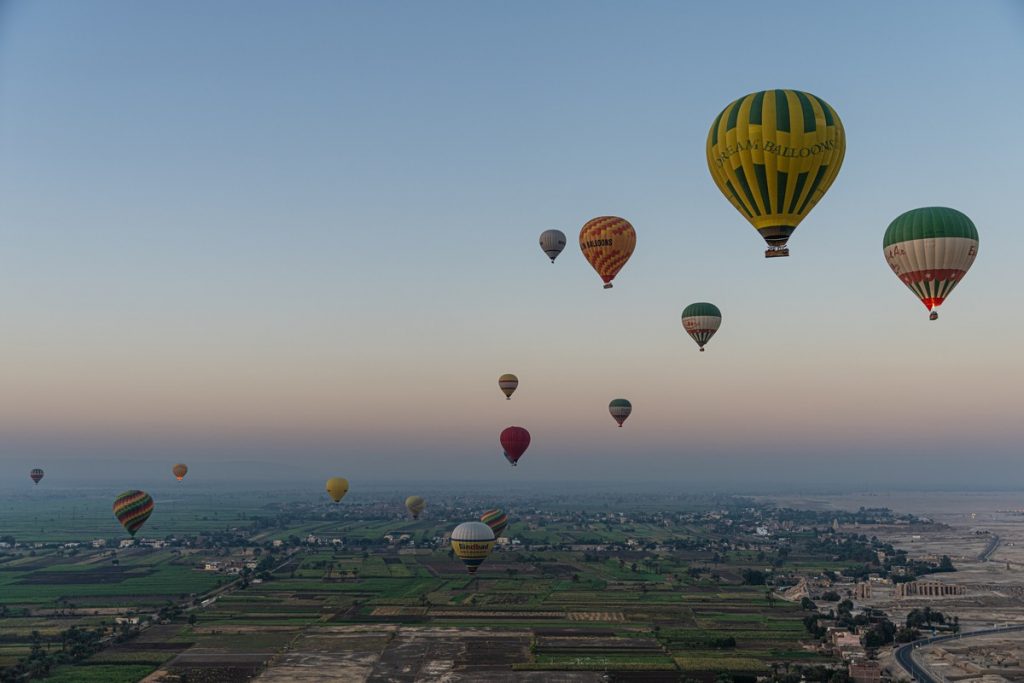 Aaaanyway, you guessed it, we were up at the crack – 4am to be precise – after crashing three (3!) hours earlier (ugh; where did that proverbial easing off accelerator pedal go?!). Still, once up and out, our crossing one of the world’s most famous rivers (JIC: the Nile) cheered us up a touch. Our moods crashed back down not long after though when the coach we were in got caught up in some horrendous traffic; back up went the moods when we made it to the site in time to see the balloons being inflated (this was going to be an up-and-down day in more ways than one:). I’ve seen hot-air balloons being inflated plenty of times before, but that doesn’t make the spectacle any less interesting somehow:

Just before 6am we finally took off!… -> 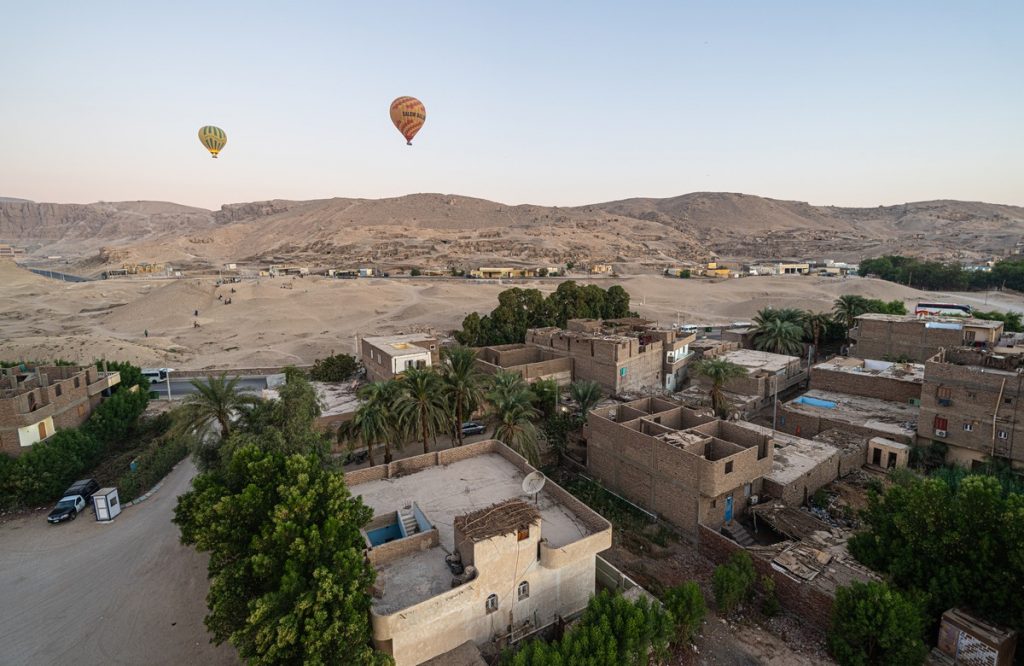 Ok, so it’s not quite Cappadocia with its hundreds of balloons, but still… uplifting ). I counted around 30 other balloons up in the air with us: 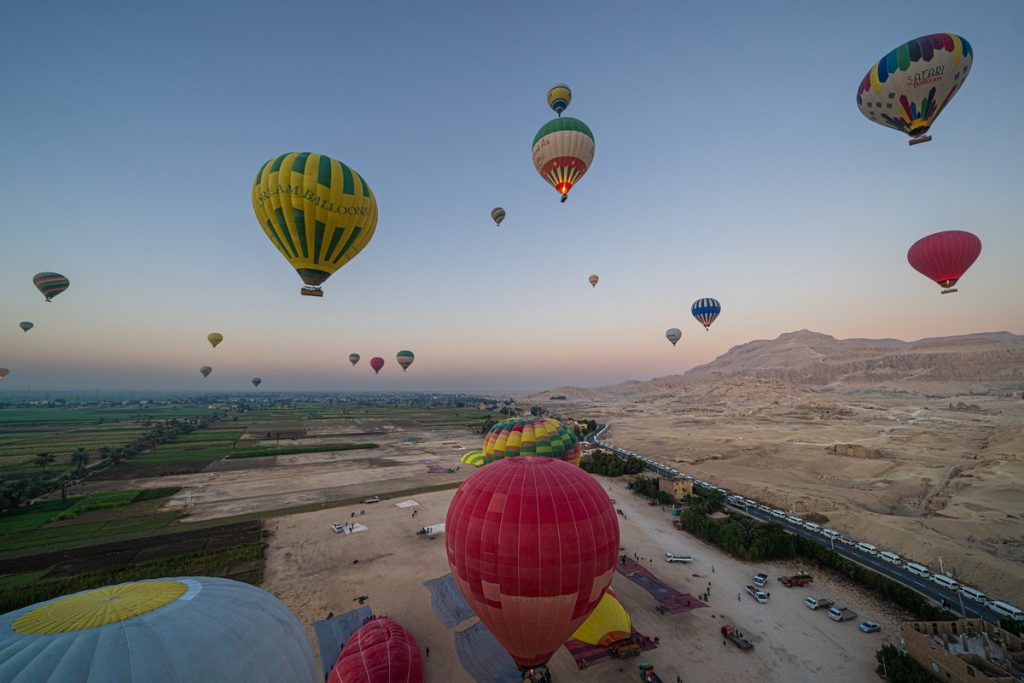 And there’s the line of coaches that brought all the tourists to the site:

Over there – the Nile and the sunrise: 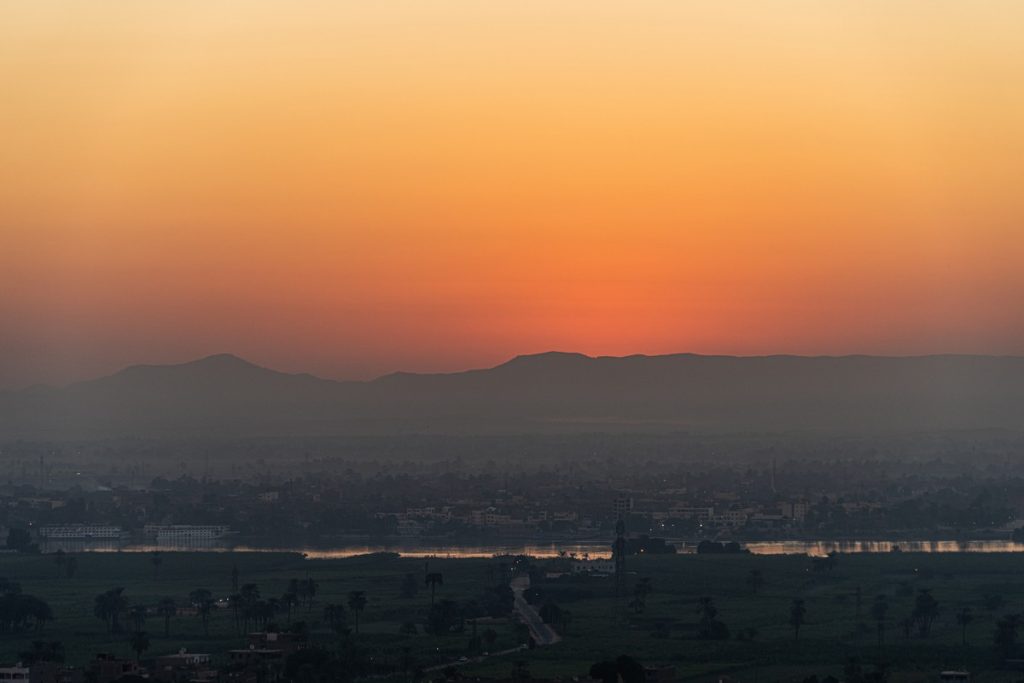 Another view – this time of a much older, abandoned settlement: 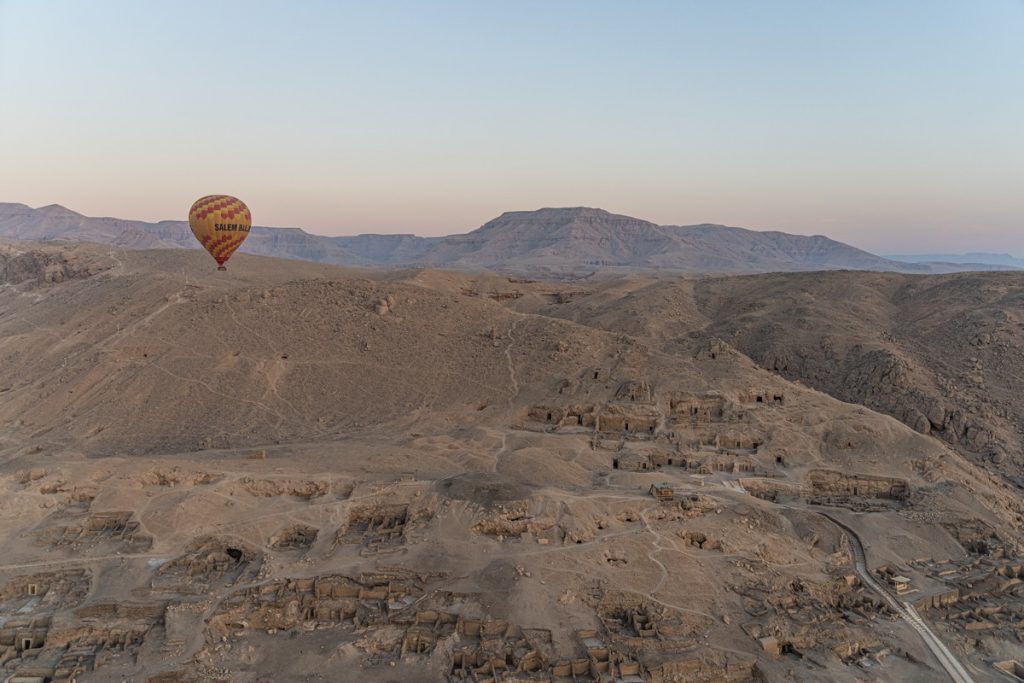 Actually – you see the many holes/entrances/doorways down there? They’re actually entrances to illegal tunnels that appeared when the locals discovered ancient underground burial sites in their “basements”: 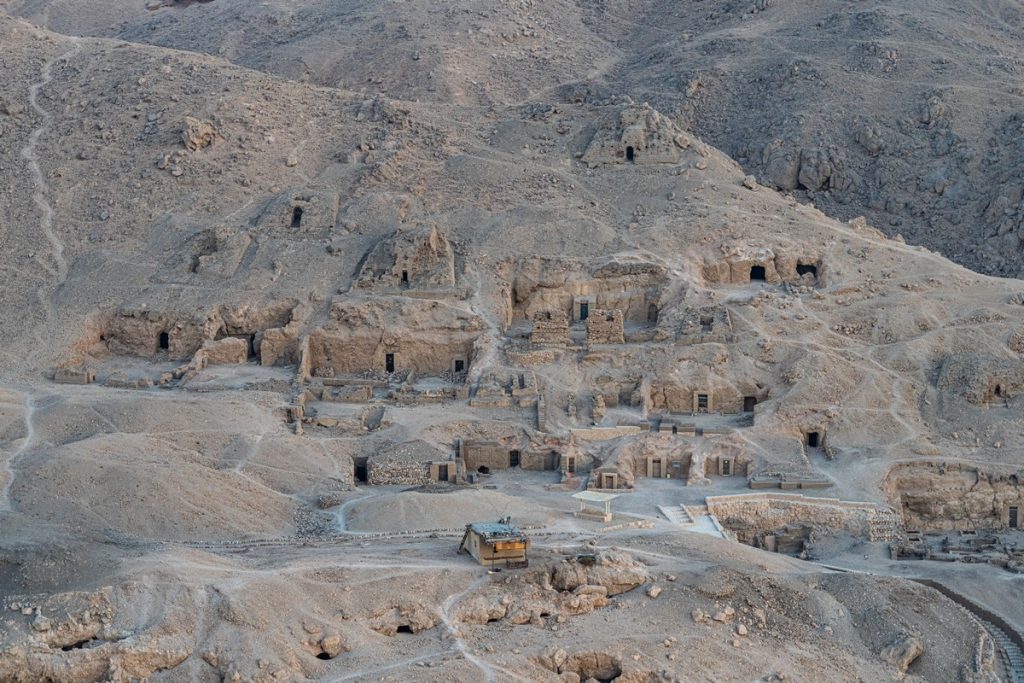 Somewhere over there – the Valley of the Kings -> 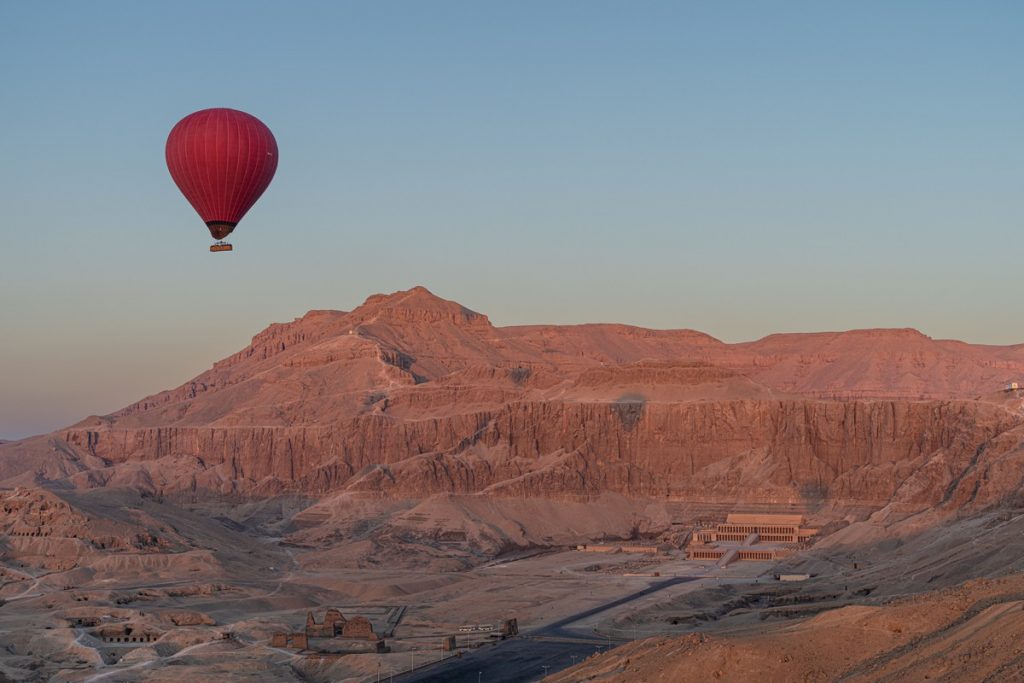 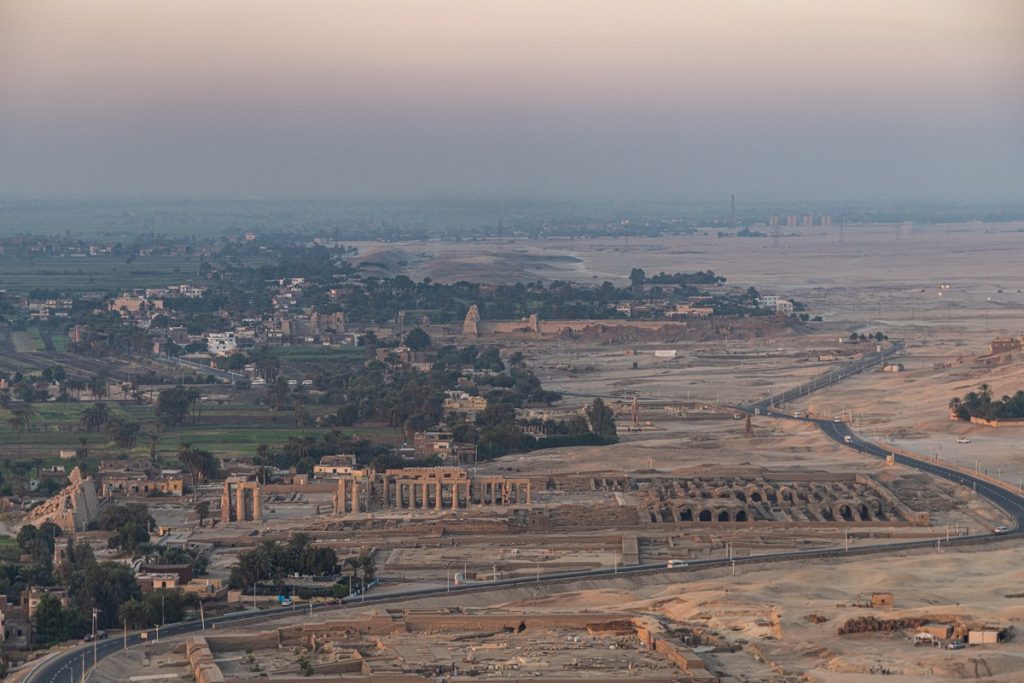 The sun coloring in the landscapes a hue of orange: 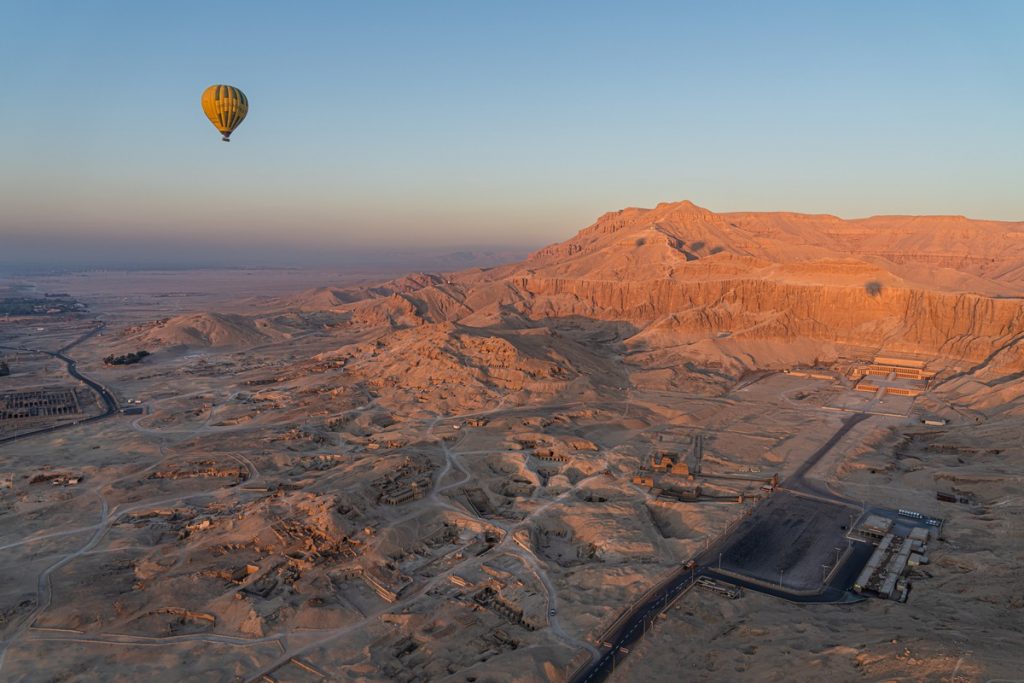 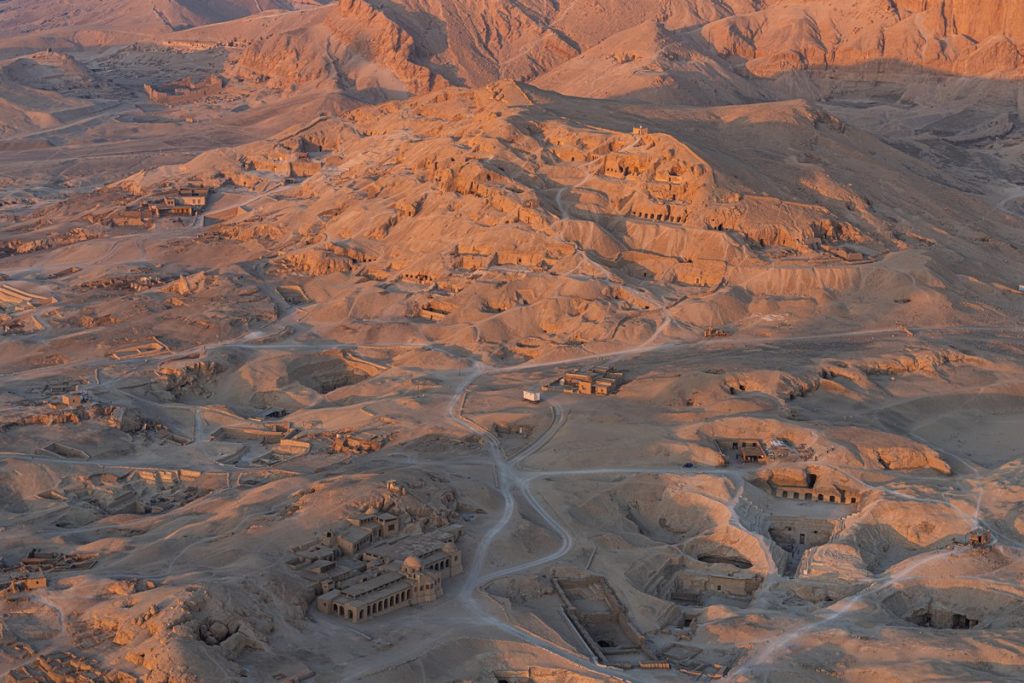 The Temple of Hatshepsut:

And that was that for our spot of Egyptian ballooning. But we weren’t finished with Egypt just yet; more still to come…