Having had a Putorana warm-up, then gone over the history of how the Putorana Plateau came about, it’s now time for a closer look!…

The weather was excellent, the chopper was all set, and the day ahead promised to be a busy one. Into the helicopter we pile, and off we fly!… 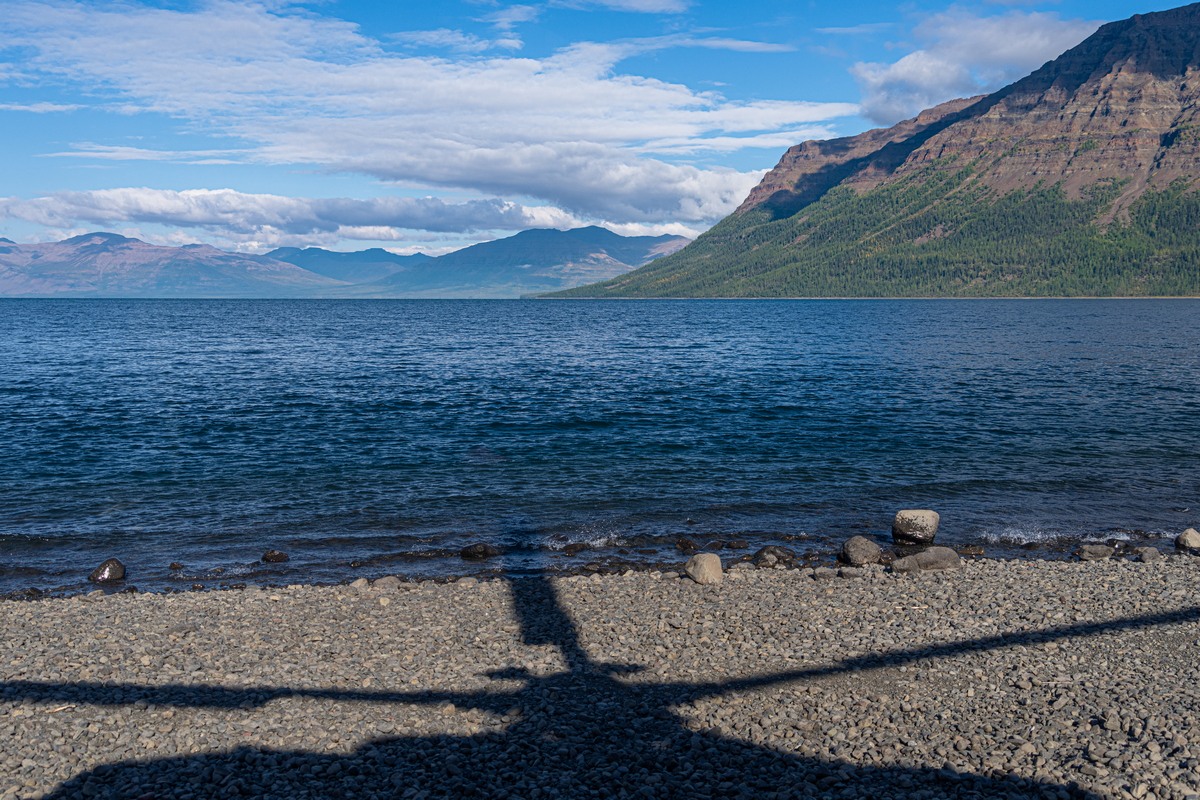 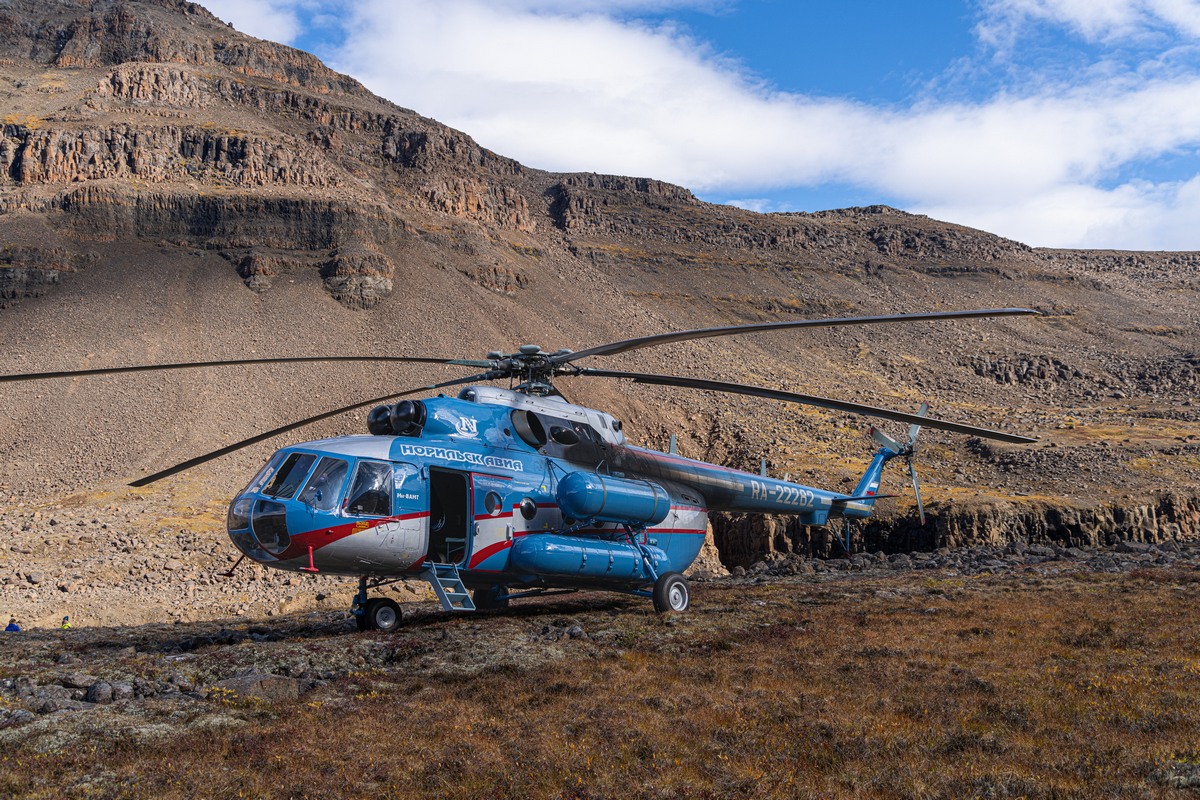 And oh, what a canyon. Around 800 meters deep apparently (according to our guides) -> 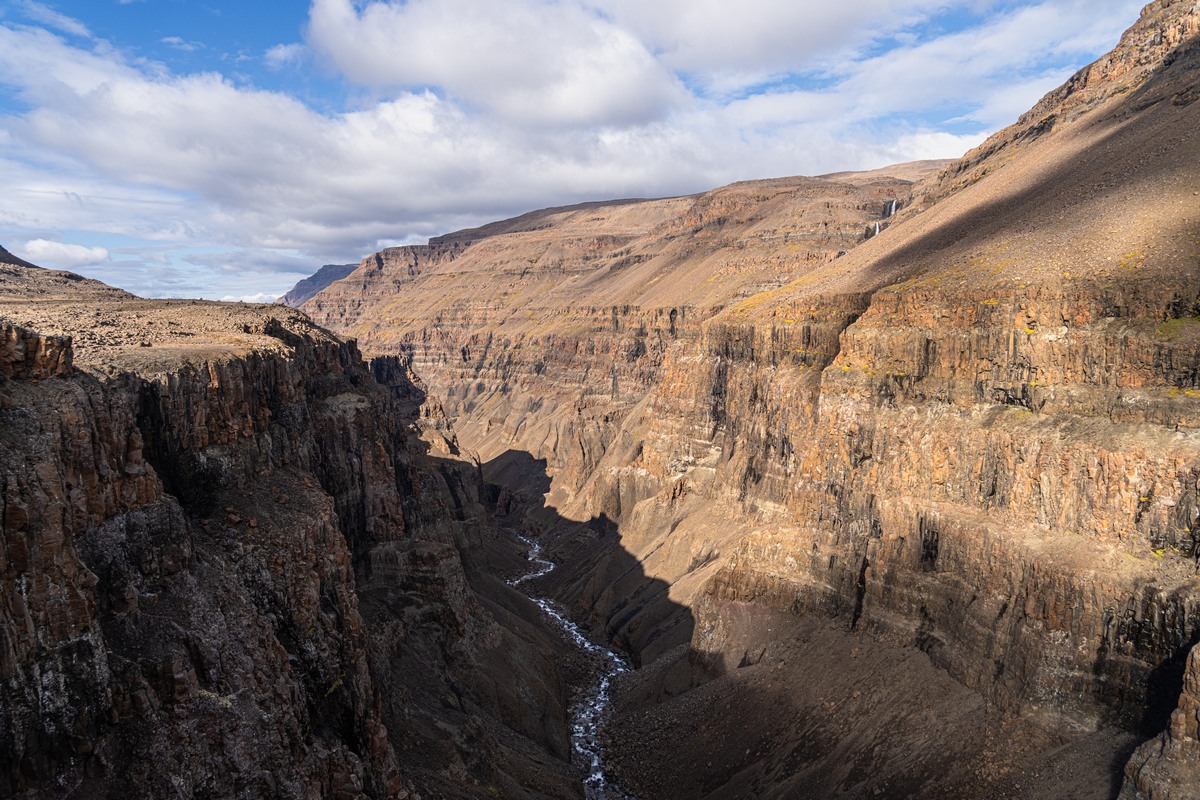 And each of those lines marks out a separate layer of lava. How many?! How long time-wise?… 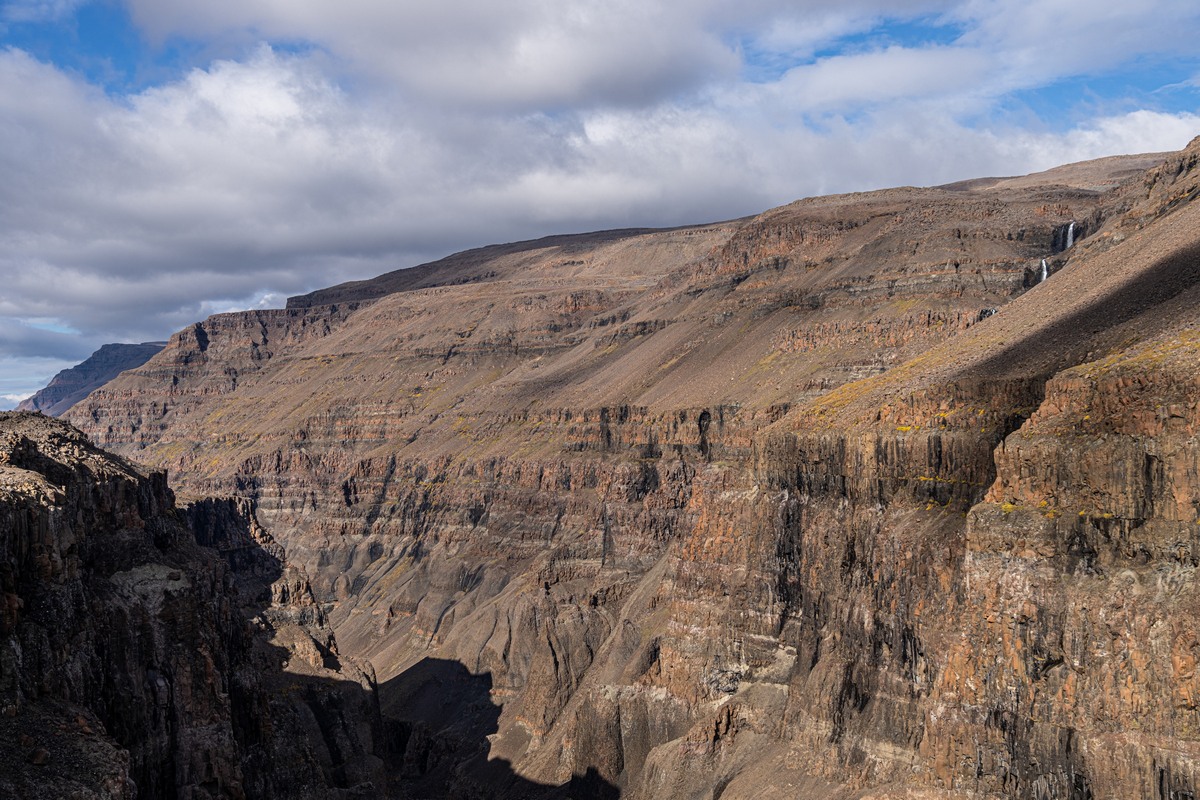 The canyon starts out with this here wonderful waterfall:

Here’s our chopper, so you can get a handle on the scale of the canyon and the surrounding mountains: 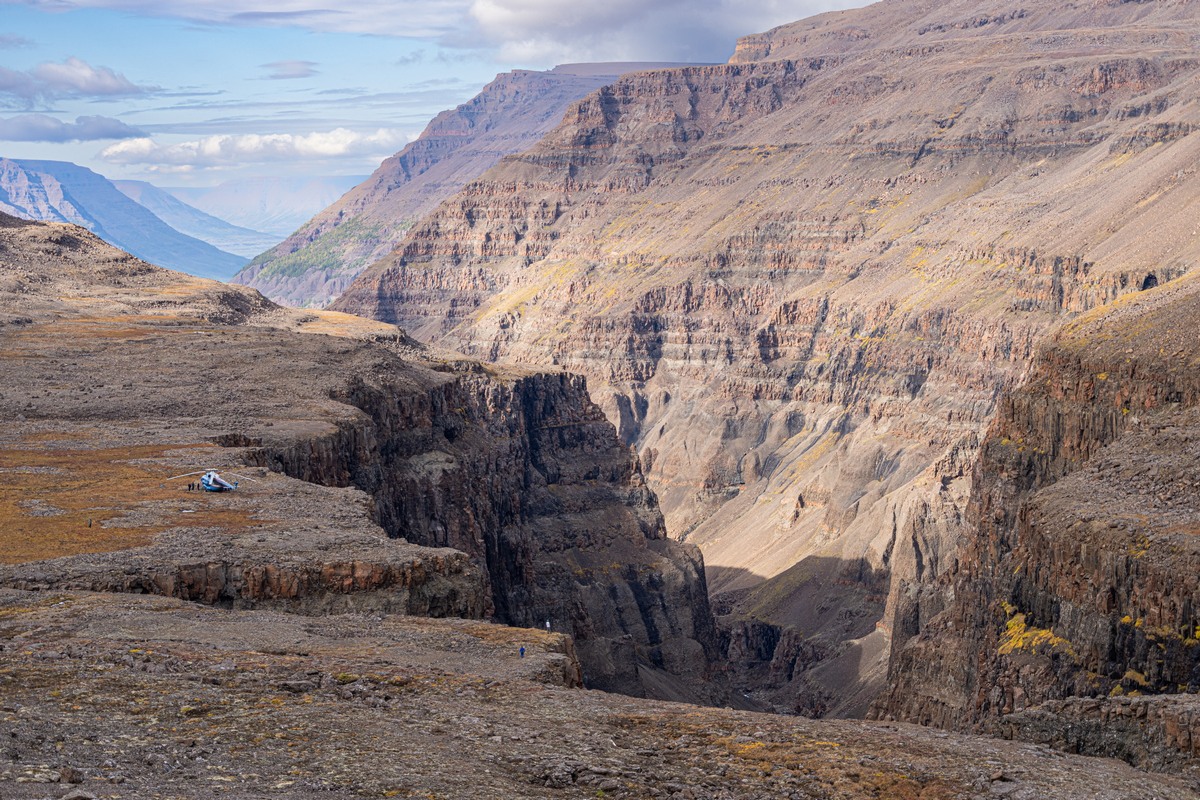 The canyon was cut through the rock by this little (today) trickler of a stream! -> 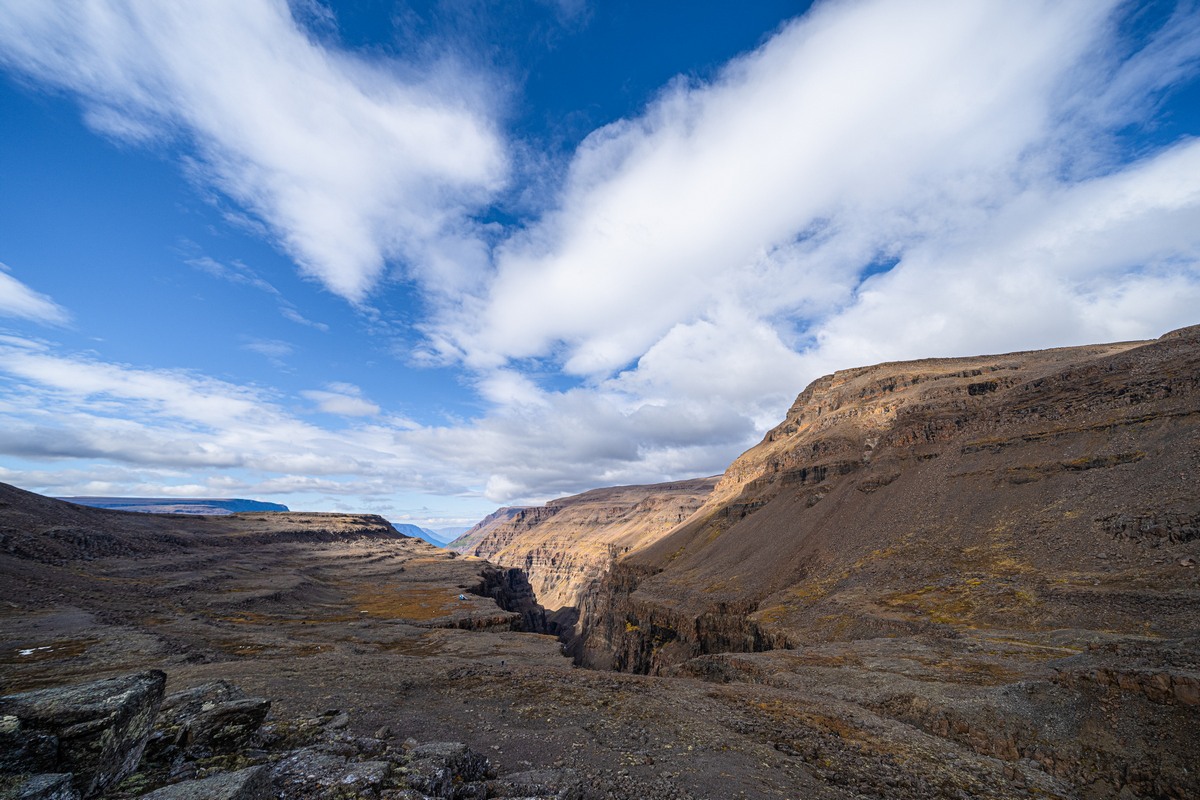 An incredible location. And, it turns out, not so crazily inaccessible: it’s just 25 kilometers to the nearest tourist camp (on Lake Lama).

Onward we chopper to the next natural masterpiece. The views from the helicopter windows continue to astound: 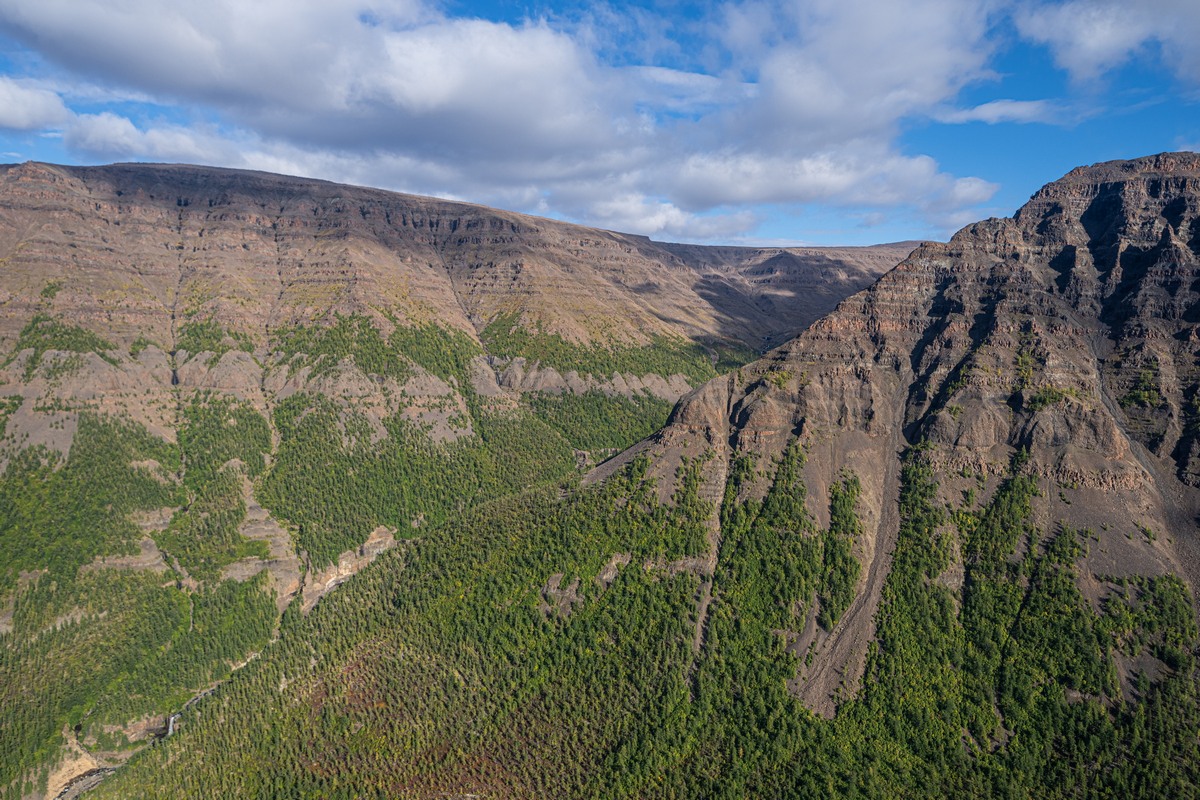 Back to Lake Lama -> 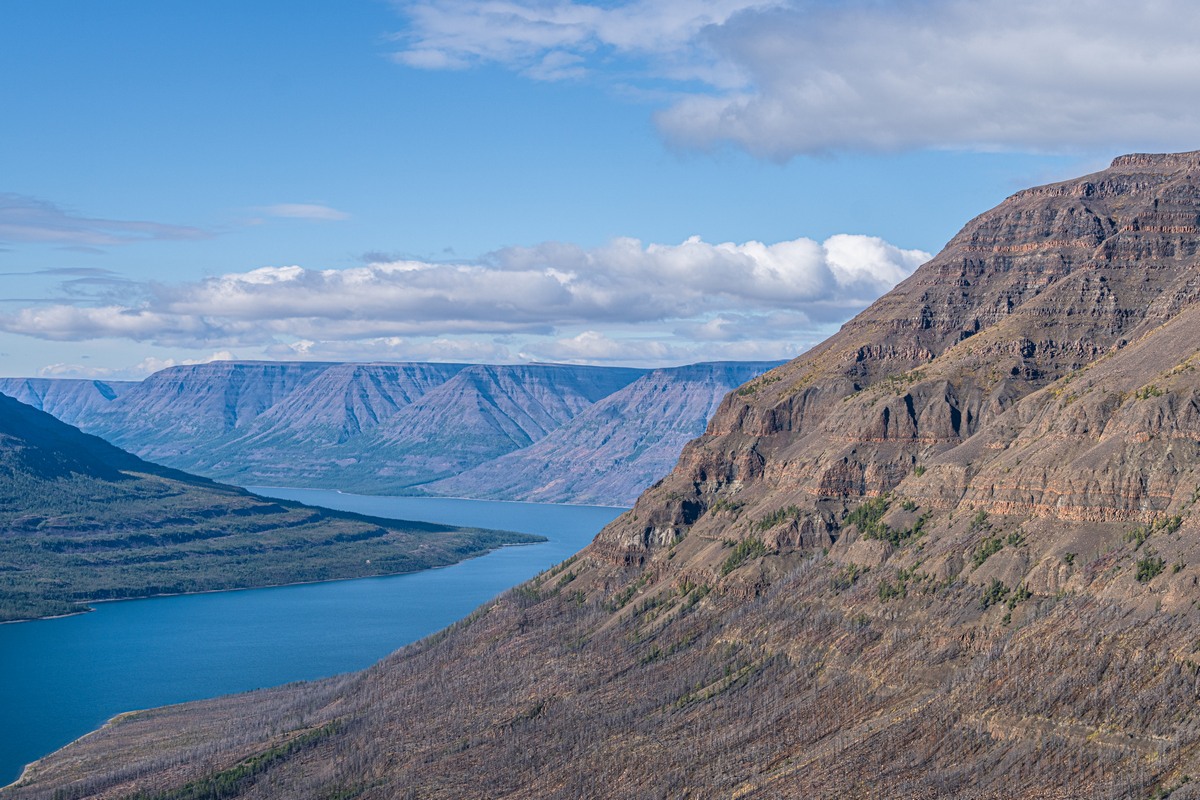 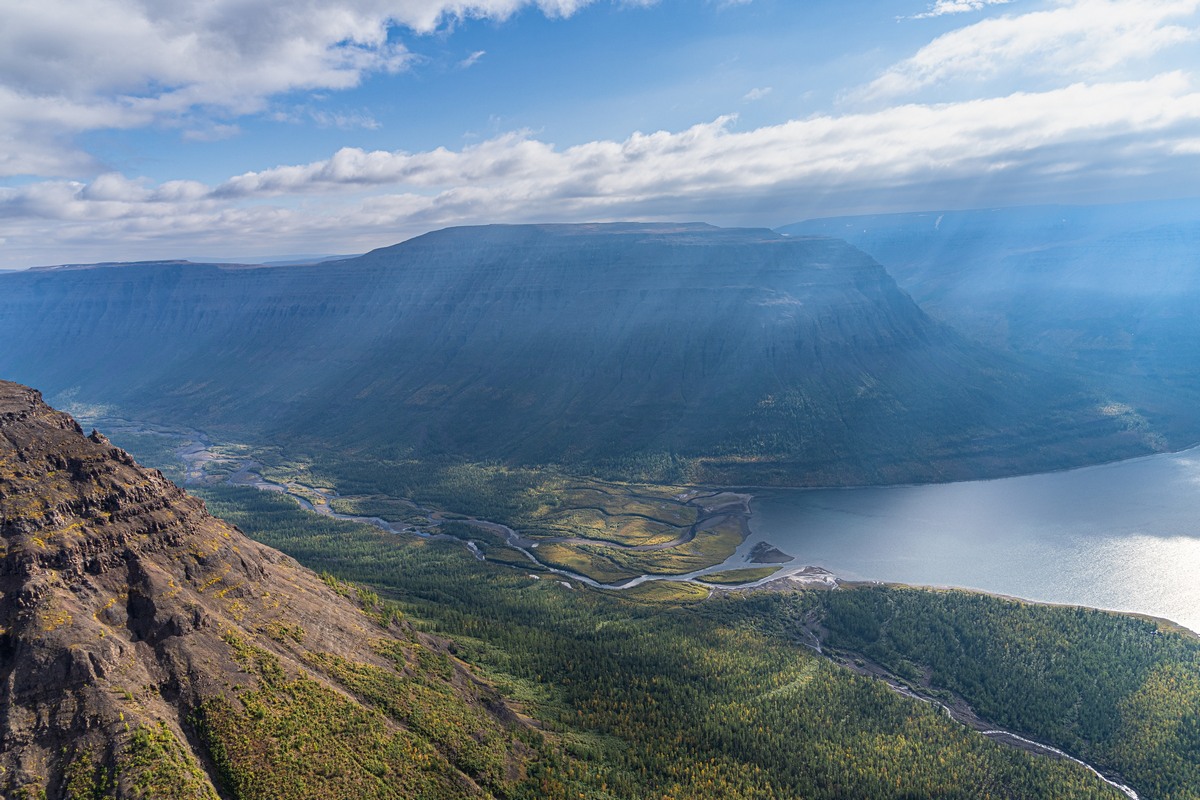 To get to it we fly over the plateau top, and see plenty of (the several thousand) lakes:

And we arrive at the “Princess Waterfall” – here. 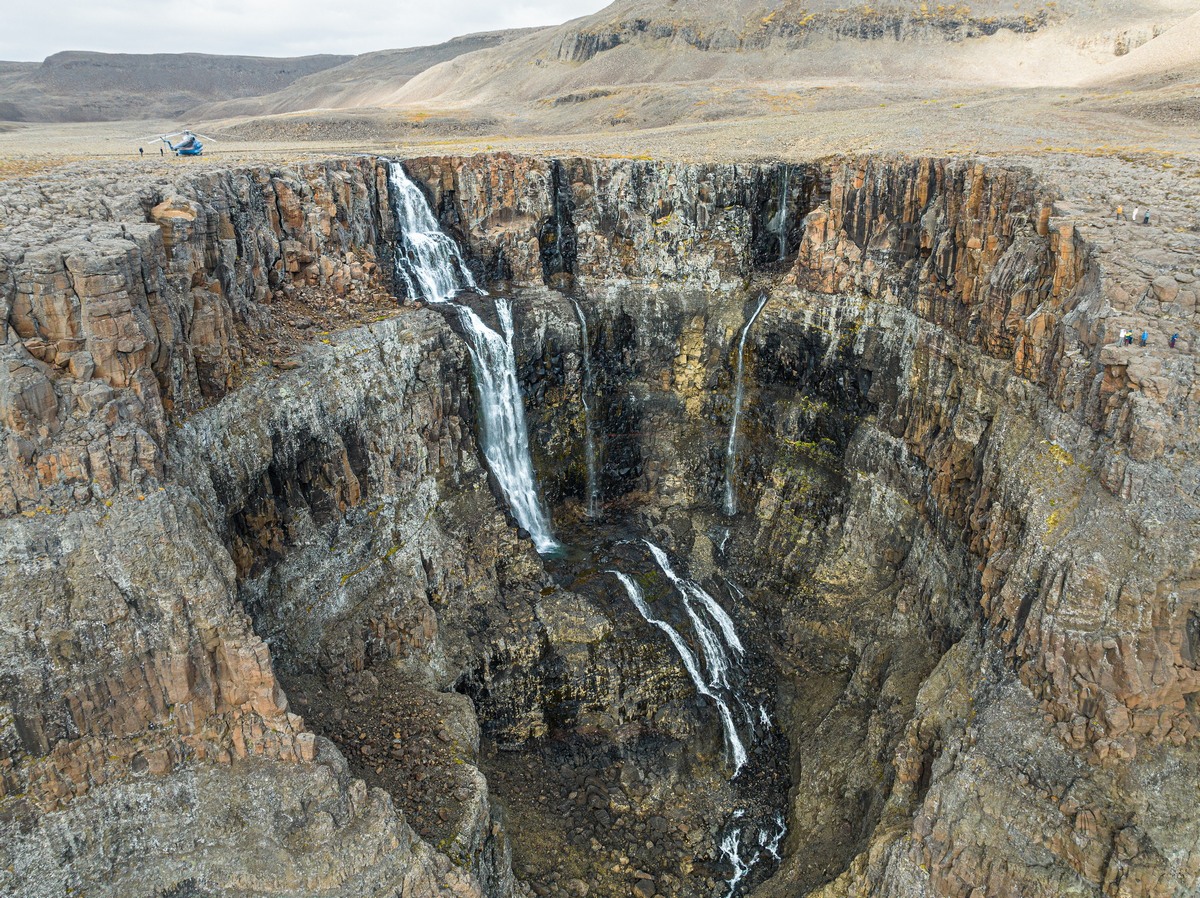 And the chopper again, as a gauge ->

Up to the waterfall the water’s a mere stream… 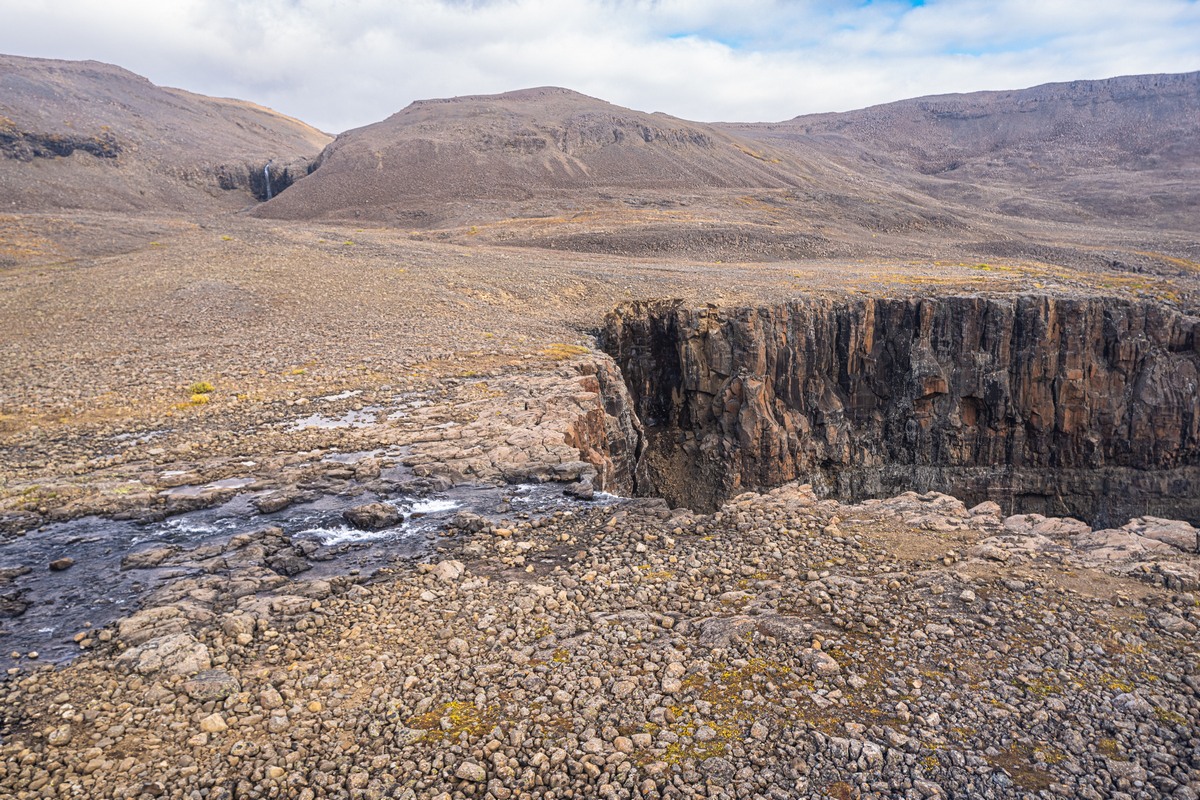 It’s a different story down below: 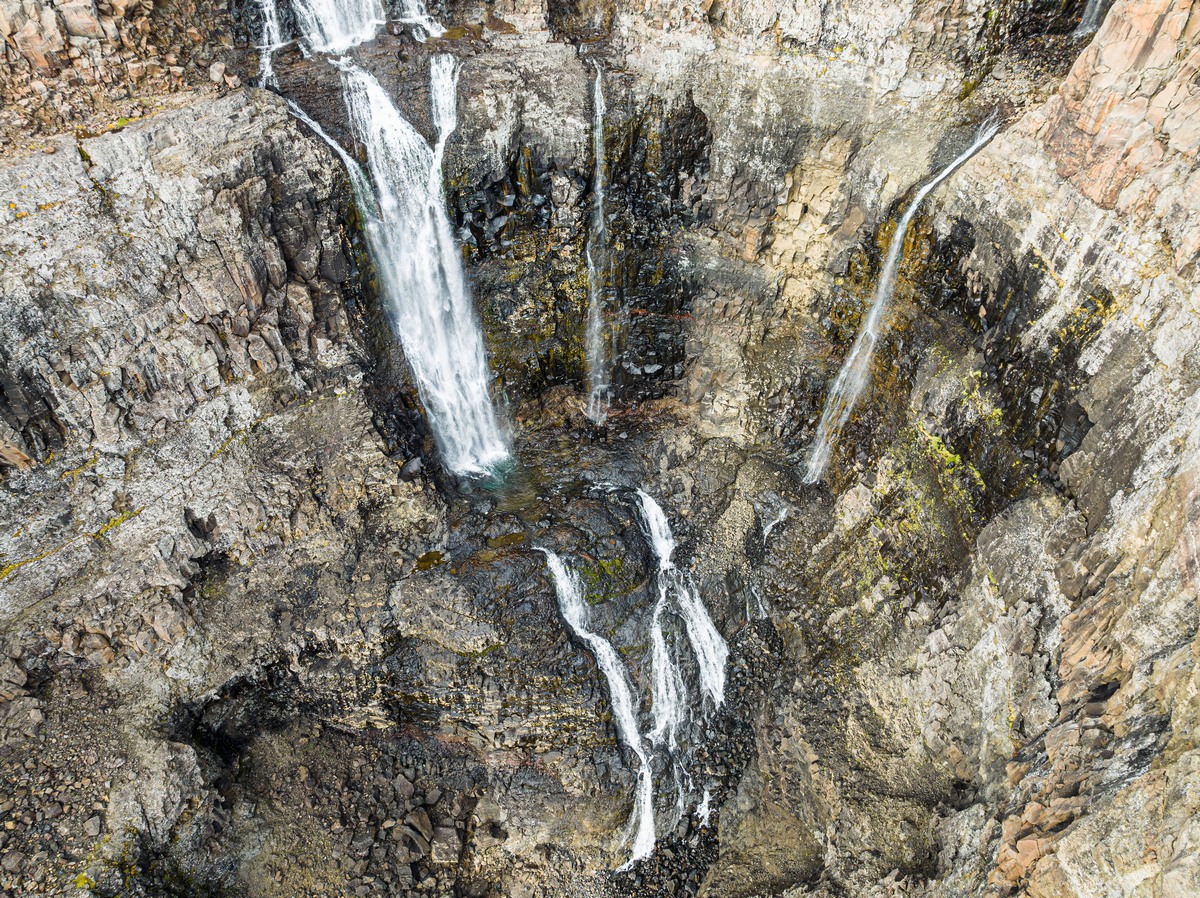 Another masterpiece, also within trekking distance – Bunisyak Canyon, less than 20km away…

We board the helicopter again, open the windows (!) and take breath in the views: 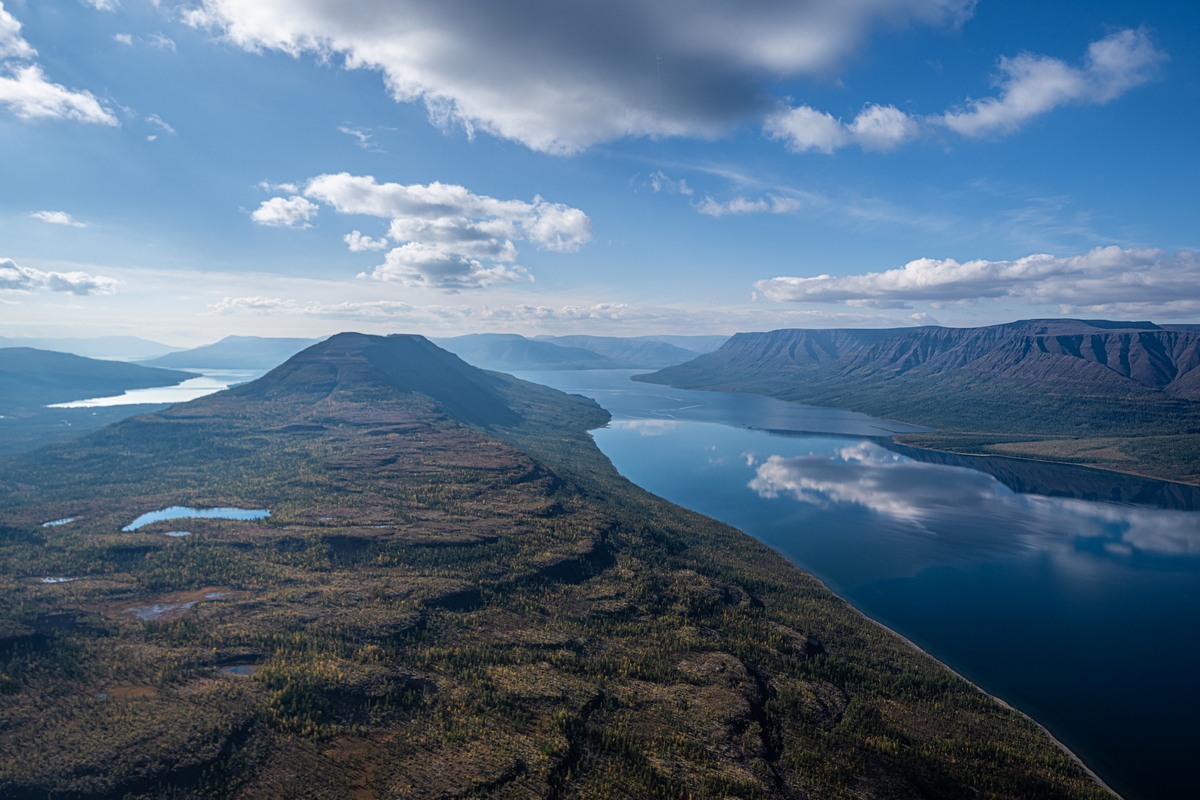 Next stop – the Irkindinsky Waterfall, here.

And that was that. Time to fly back to Norilsk (for more of that borsch!). 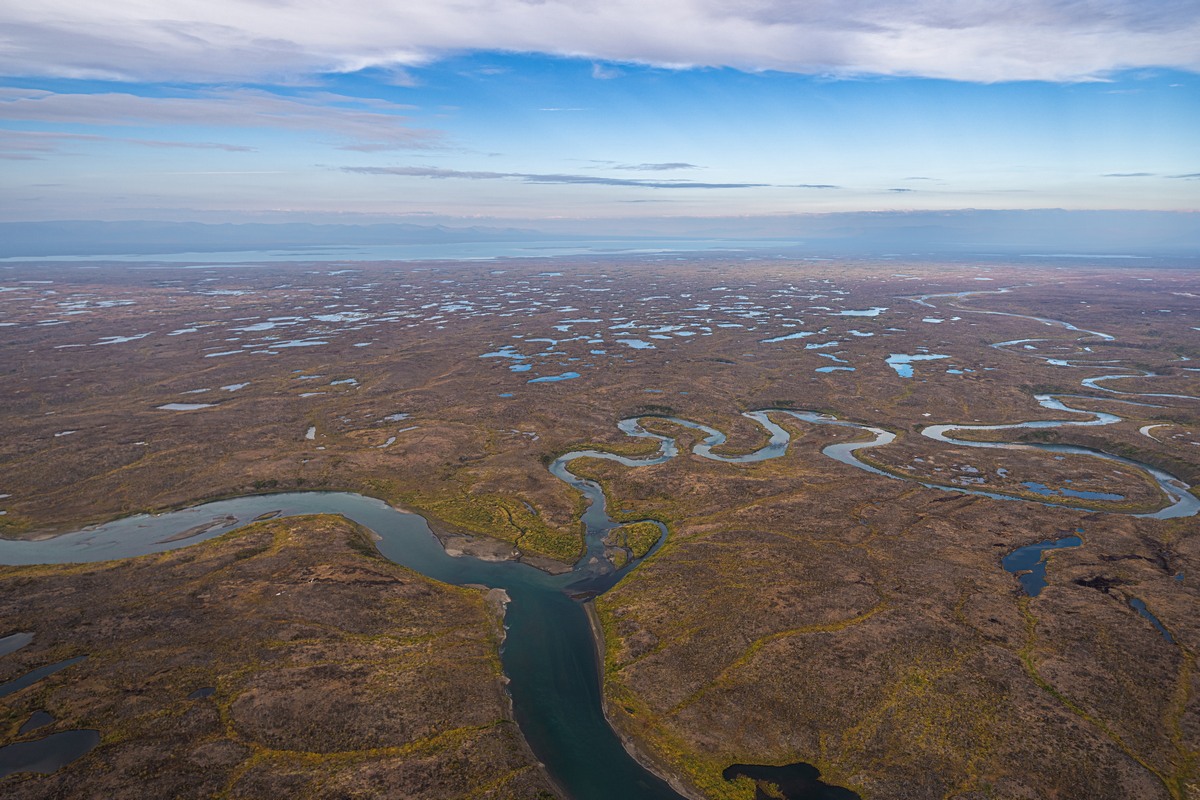 Next up – the icing on the Putorana cake. But that’ll be in the next post. Meanwhile, we were back in Norilsk and soon back at the airport to fly home – after that borsch, that is )…

The rest of the photos from Norilsk and Putorana are here.