Farewell Kuril Islands, adios Sakhalin, and hasta la vista Kamchatka, where we began this expedition. But we had a worthy, if very… specific post-scriptum itinerary planned, so it wasn’t quite auf wiedersehen expedition just yet. Coming up were: the western shore of the Sea of Okhotsk (in particular, Bukhta Vrangelya, or Wrangel’s Bay) and the Shantar Islands.

// Note – there are two Bukhta Bays! There’s the one we visited – like I say, on the western shore of the Sea of Okhotsk (on the Russian mainland); but there’s also another, not that far away – directly south: Bukhta Vrangelya on the eastern shore of the neighboring Sea of Japan – also on mainland Russia! Confused yet? If not – get this: there’s also Wrangel Island, also in this region of the world – not far off the northeastern coast of Russia! 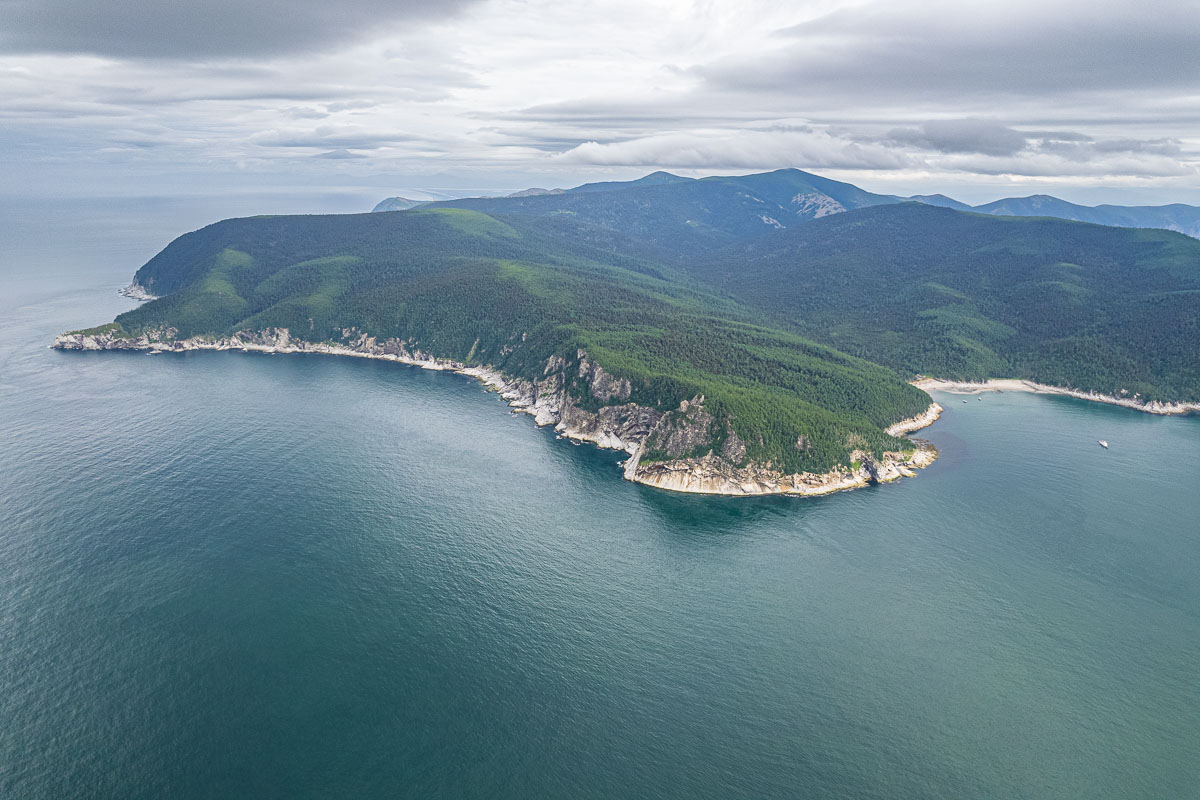 This place became popular thanks to bowhead whales, which come to party in large pods. Sometimes the small bay is teeming with them all frolicking about. There’s even been a documentary filmed all about their fun and frolics (choose English subtitles in the YouTube settings) ->

And that’s what we were here for too – the whales. Actually, there turned out to be just one, but that was enough: we observed him or her for a long time, following him on his journey seemingly in the direction of the Kurils: 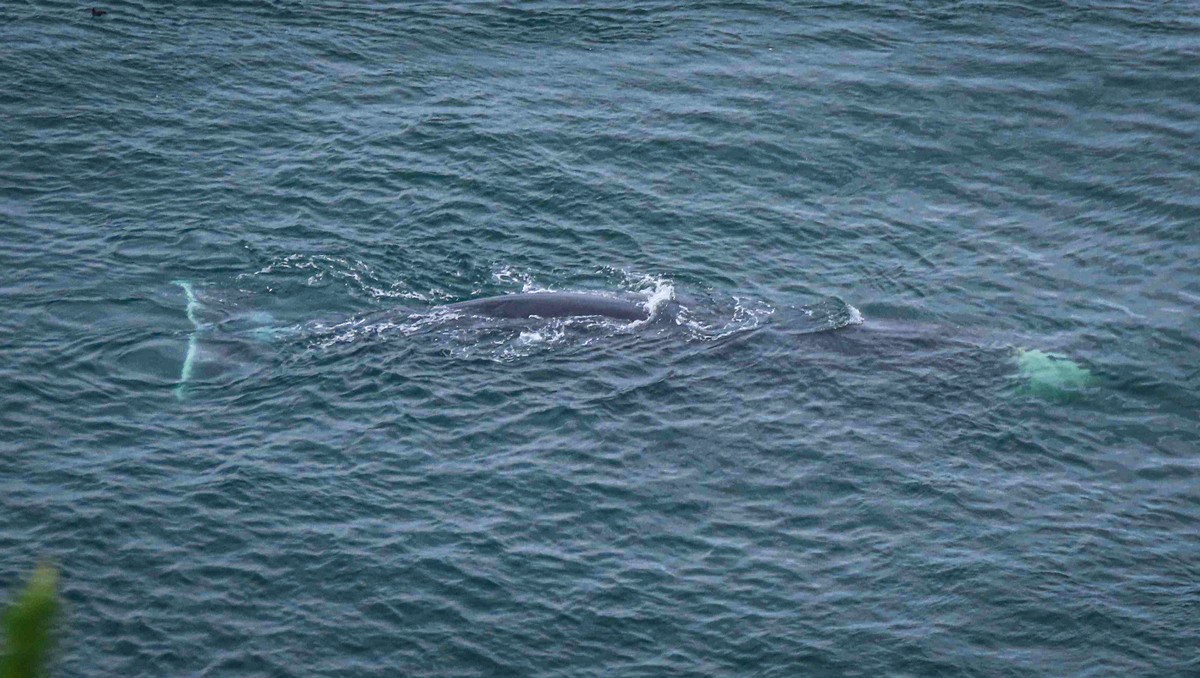 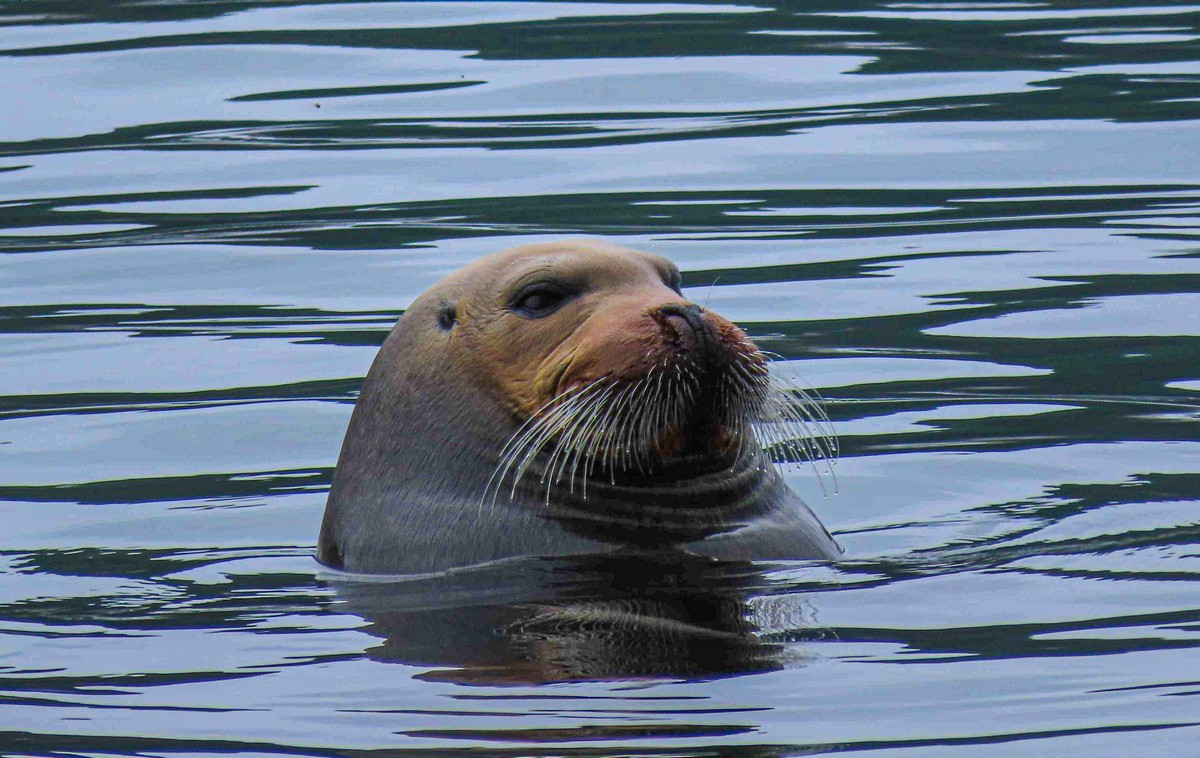 If you’ve some spare time, taking a walk around the island is recommended; the views – not bad at all ->

The Shantar Islands were very kind to us: little cloud-cover and a pleasant drizzle. However, no matter how pleasant drizzle can be, it’s still not for me: I’m just not a fan of taking a walk while it’s raining. Accordingly, I stayed on the Athens. As a result, I can say I’ve seen the Shantar Islands, but I’ve never actually been there. DZ, on the other hand, did have a look round, and these are all his pics:

Perhaps the jewel in the Shantar Islands’ crown – this here arch on Feklistova Island:

It reminded me of Delicate Arch in Utah. It seemed that someone just painted all the red over with dark gray ).

Alas – this was the last day of our expedition. And guess what happened on this last day? The sun came out! Perfect timing!!

We make it back to base (still on a Shantar (Ongachan base)), which is surrounded by logs tossed up from the high seas or the Amur river or some such: 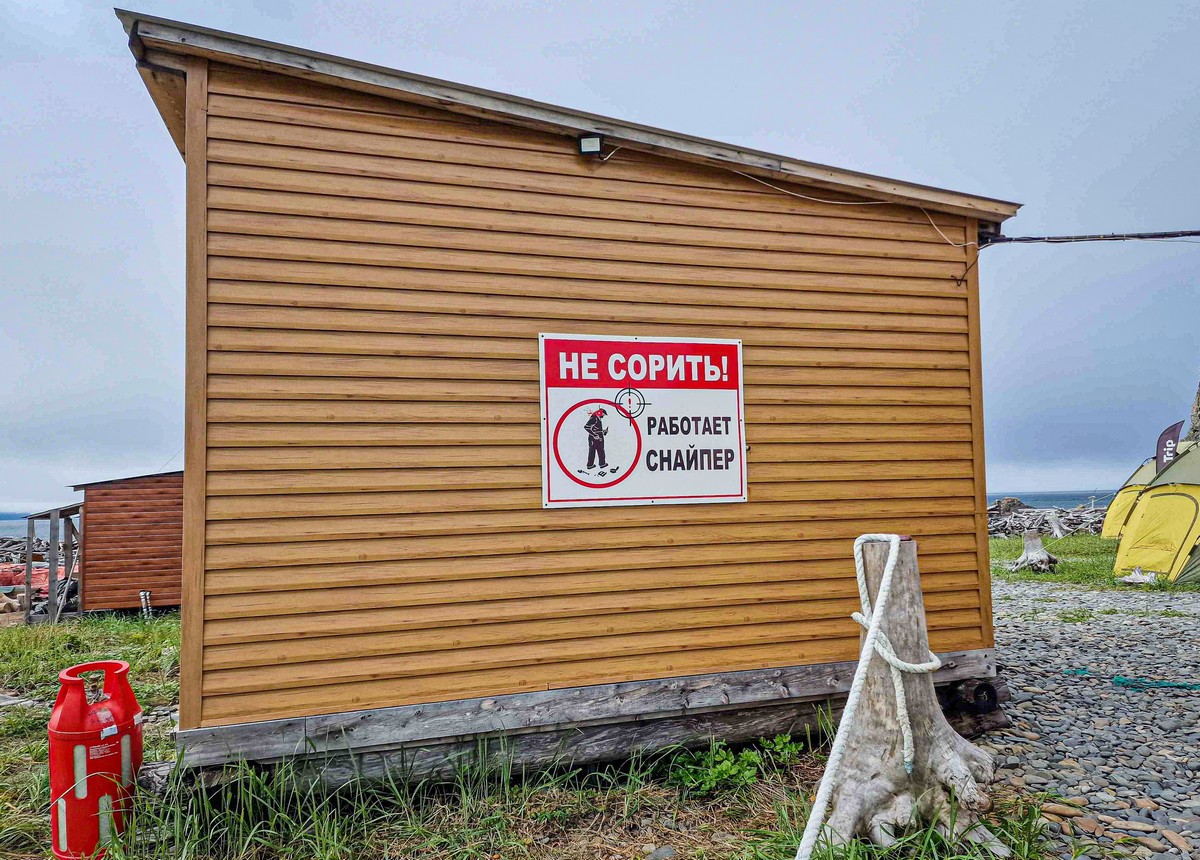 Do not litter; snipers on duty

It was from here we were choppered out. At one point it looked impossible, but our pilots managed to skillfully find a “window” through the fog, and when we rose into the sky it turned out to be fairly clear up there all around. Phew!…

If it were a little warmer round here this place would be full of crocodiles or alligators like in the Everglades, and the region would be a big exporter of their leather. Alas, here there are only mosquitos, flies and herons – and there’s not much of a market for their hides ).

We arrive in Khabarovsk – the region’s capital. About our short stay here – coming up in the next post… 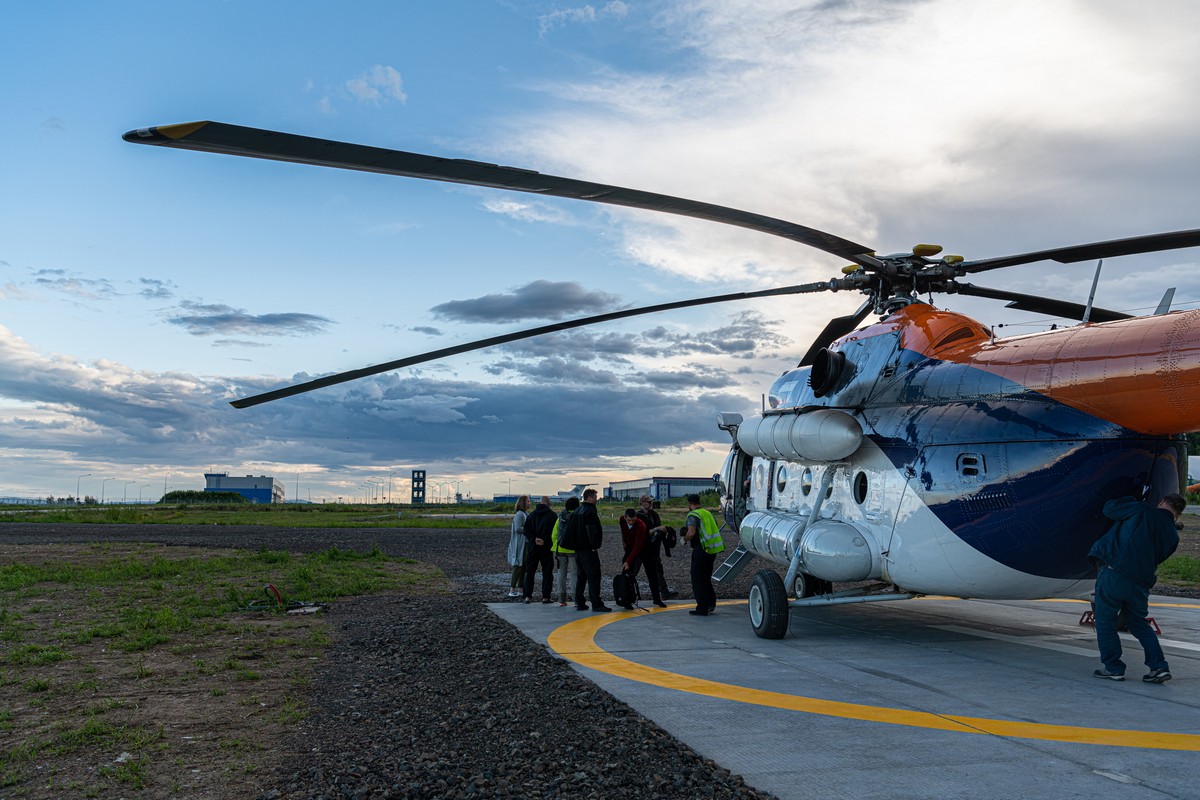