I’ve already told you what a Kamchatkan mirage is, haven’t I? Briefly, again: it’s when a whole volcano can simply disappear. Oh yes. “But surely you mean just the peak of a volcano can ‘disappear’, say – in some mist or fog or in some low cloud, right?” some of you may understandably ask. Actually – no. Whole volcanoes. Whole, gigantic volcanoes! Like, these, for example, next to… ‘the city’: 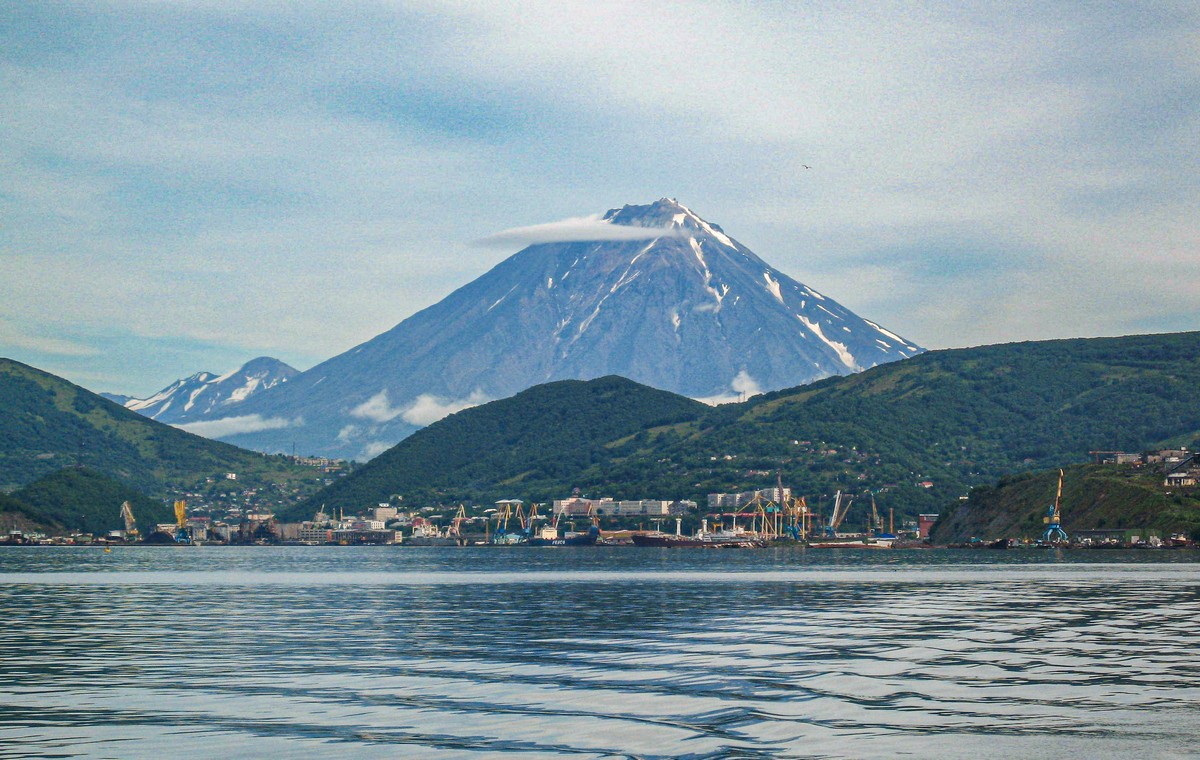 “Which city is that?” you may also ask…

‘The city’ is in fact Petropavlovsk-Kamchatsky – which used to be the only city in Kamchatka. All other settlements on the peninsula are smaller than city-size: like towns (today there are a further two: Yelizovo and Vilyuchinsk), villages, or even smaller. Since Petropavlovsk-Kamchatsky was long the only city, it was – and still is, out of habit – referred to by all locals as simply ‘the city’: you never hear its full name uttered. So you hear things like: “I’m in the city”, or “I’ll meet you in the city”, or “there was a bear roaming the city this morning”! :)

Anyway, back to those volcanoes behind the city – they too are referred to in a particular way by locals: they’re the domashny volcanoes, which is difficult to translate in this context as domashny normally means homely, or household, or domestic; for example – domashny zhivotni = pets (home animals, as opposed to ‘wild’ animals). Here I think it means – the local volcanoes, those close to home/the city, and perhaps even those that aren’t too wild and/or distant – tamed even.

Maybe they’re referred to as the domashny volcanoes as they’re an integral feature or characteristic of the identity of city. Just put Petropavlovsk-Kamchatsky into any search engine, and the pictures it comes up with will mostly have the domashnys there as the backdrop.

To the north of the city there are a full three (or four, depending on how you count them) -> 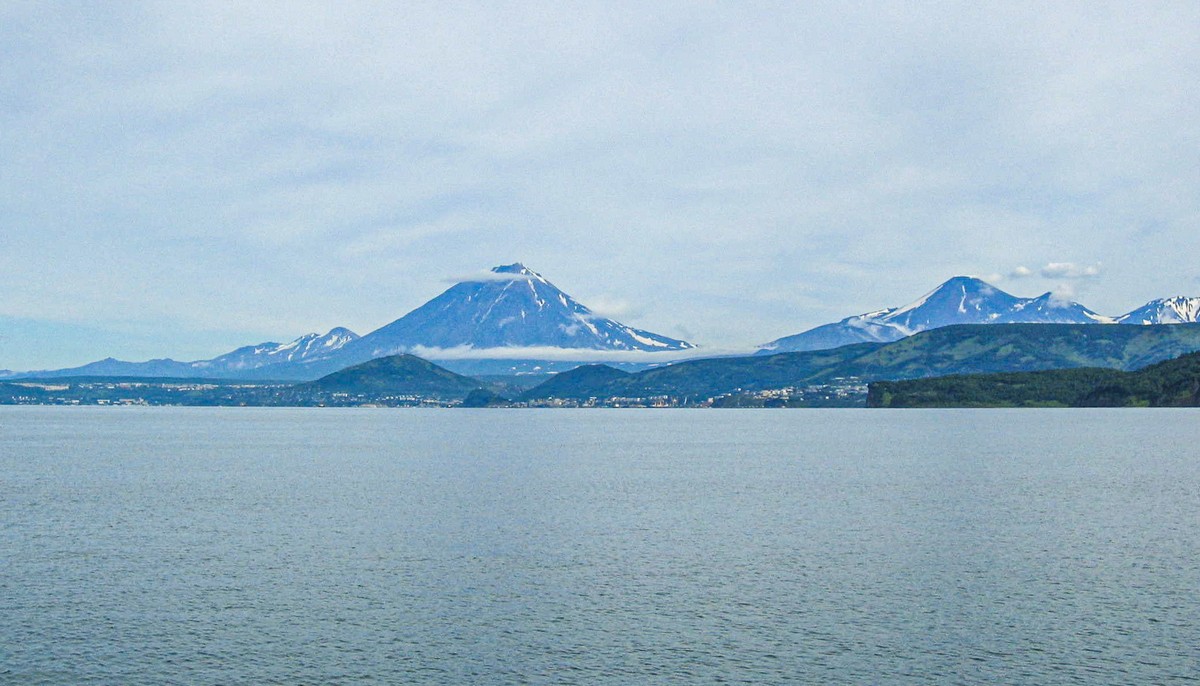 While to the south, across Avacha Bay, there’s Vilyuchik:

And now to the ‘disappearing volcanoes’ bit )…

Since we were here last in sunny August of this year, we decided to take a boat trip out into the Pacific for a spot of ocean fishing and excursioning. Once we set off, I get my camera out, wipe the lens, check the batteries, etc., excitedly in anticipation of a new series of pics I’d be able to add to my collection of Kamchatkan volcano photo-masterpieces (or photo-banalities perhaps). But when I look up and back toward the shore… 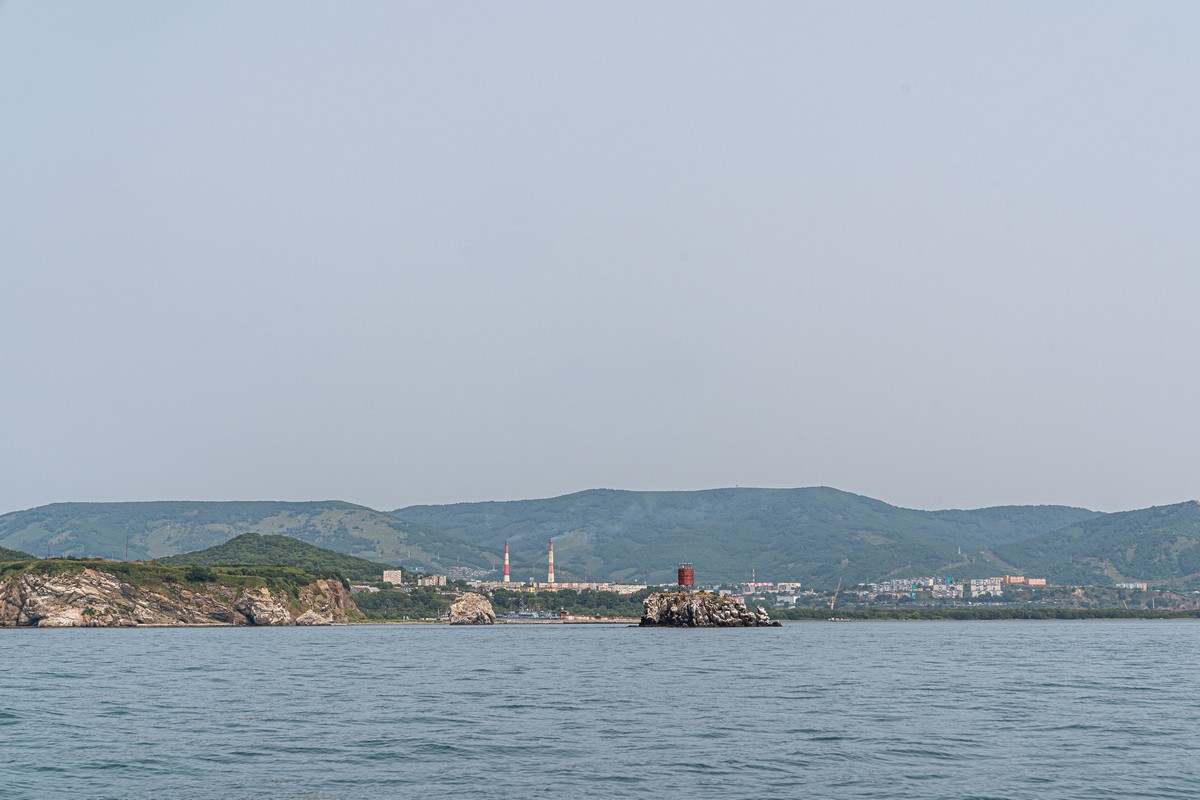 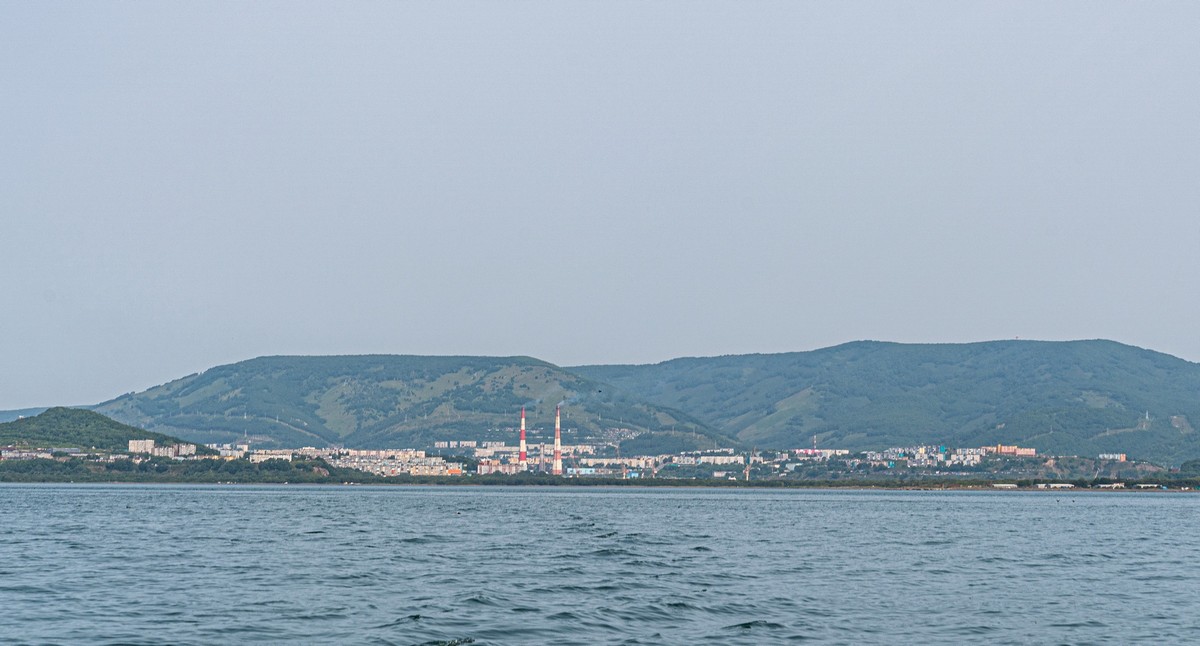 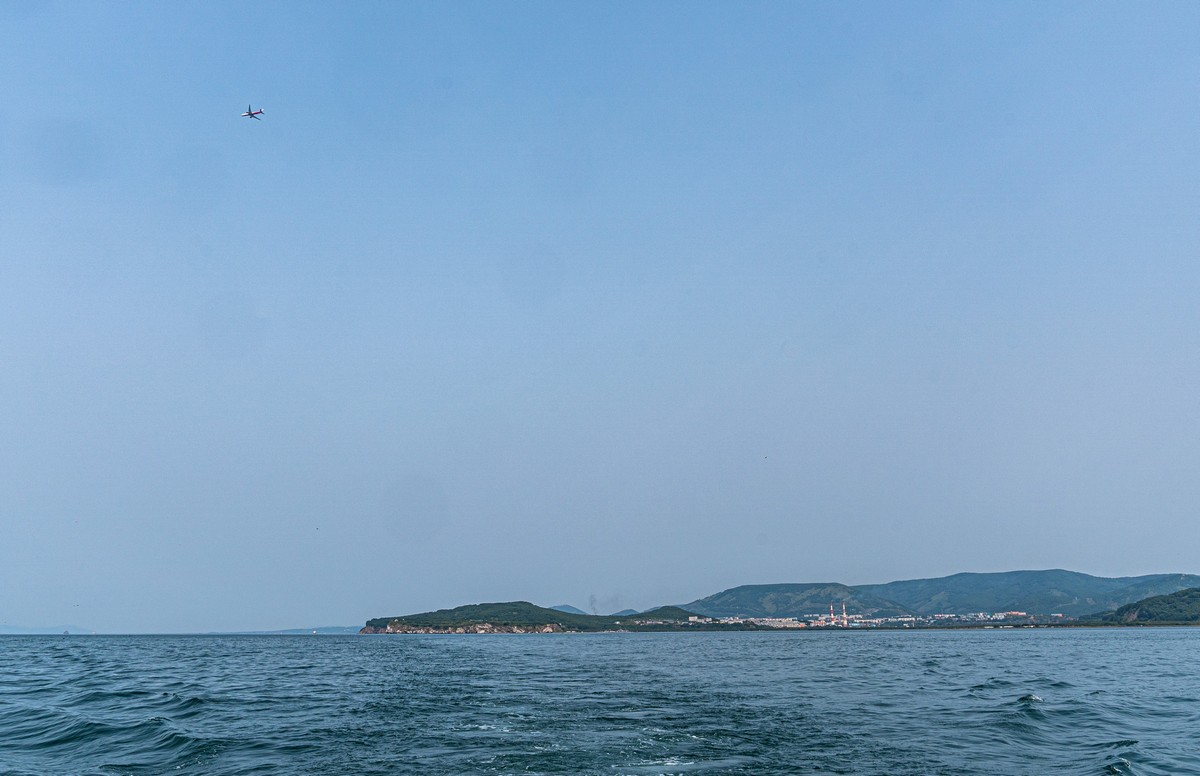 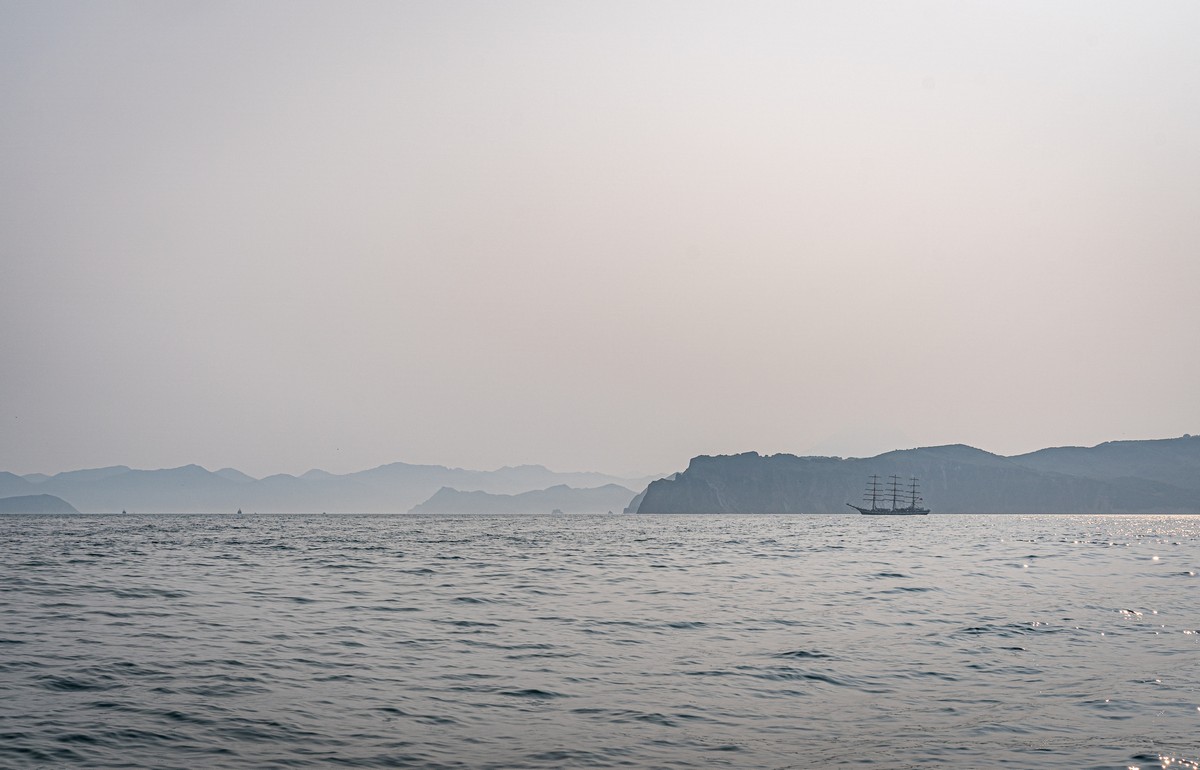 The reason for the Kamchatkan mirages this time – smoke that had traveled from the forest fires that plagued Siberia this summer (.