Why have I use the word ‘mirages‘ more than once already in this series of posts on our Kamchatka-2021 expedition?

Normally this word describes images on a horizon which aren’t really there. Simply an optical illusion: the eye seems to see what isn’t there. Something caused by the bending of rays of light in hot places with distant horizons, like deserts. However, in the case of ‘Kamchatkan mirages’ it’s all the other way round: on the horizon there is (as per a map, for example) a substantial, often uniquely beautiful and meditation-inducing natural geological object – like a volcano, it’s just you can’t see it, as if it simply isn’t there!

For example, the ‘collar’ of Bezymianny volcano is one such Kamchatkan mirage; at least, it was when we were looking for it this year… 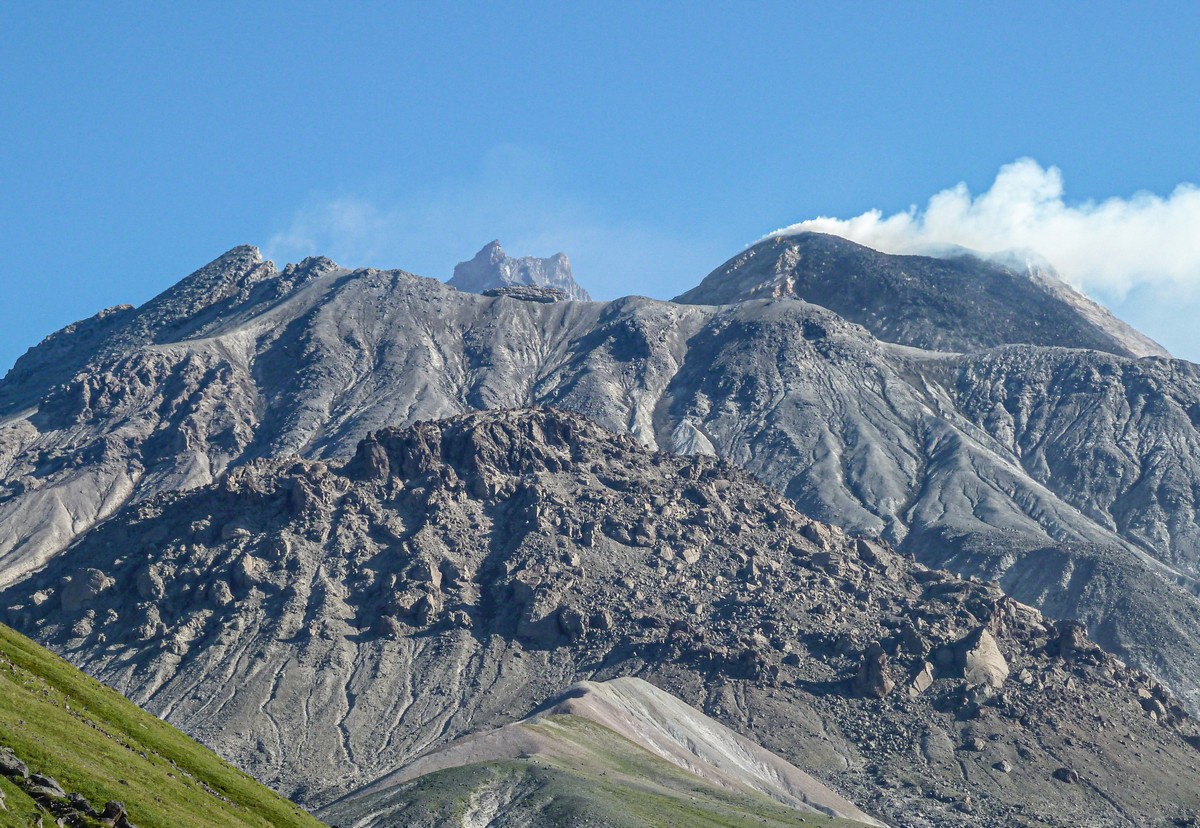 Now, on earlier expeditions, I have enjoyed the fantastic view that is sometimes visible from this collar – the view of the holy trinity of voluptuous volcanoes: Bezymianny, Kamen and Klyuchevskaya Sopka – here, from left to right: 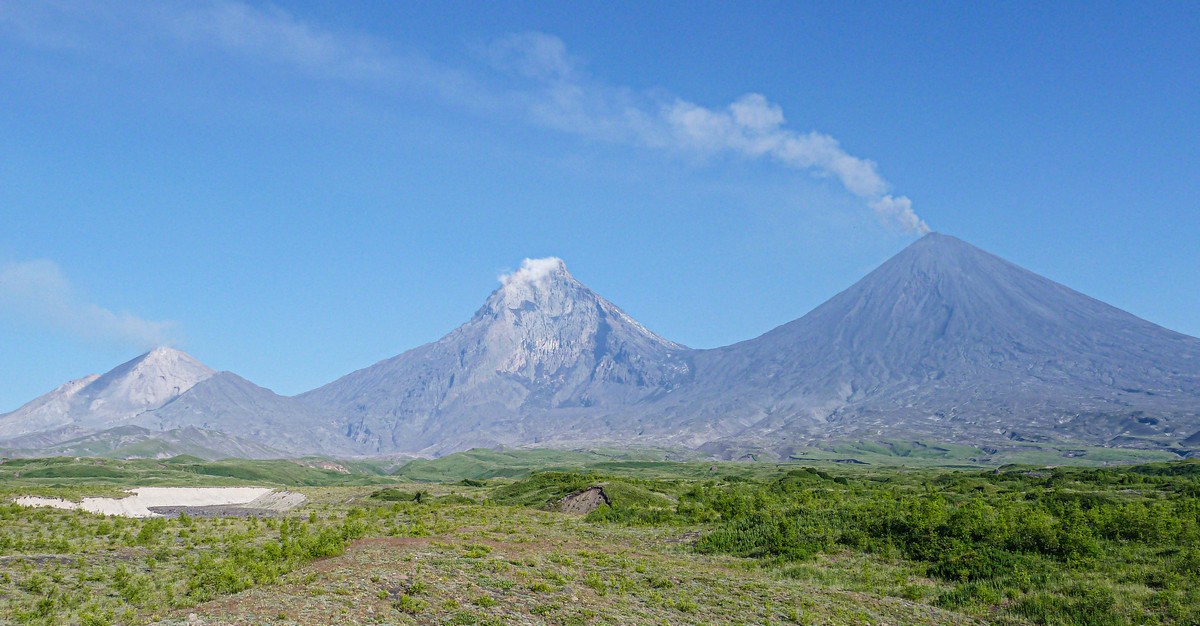 To try and get to see this trio, you have climb 1200 meters up the vertical axis upon loose rock that’s reeeaaal tricky maintaining traction on. Like, up there: 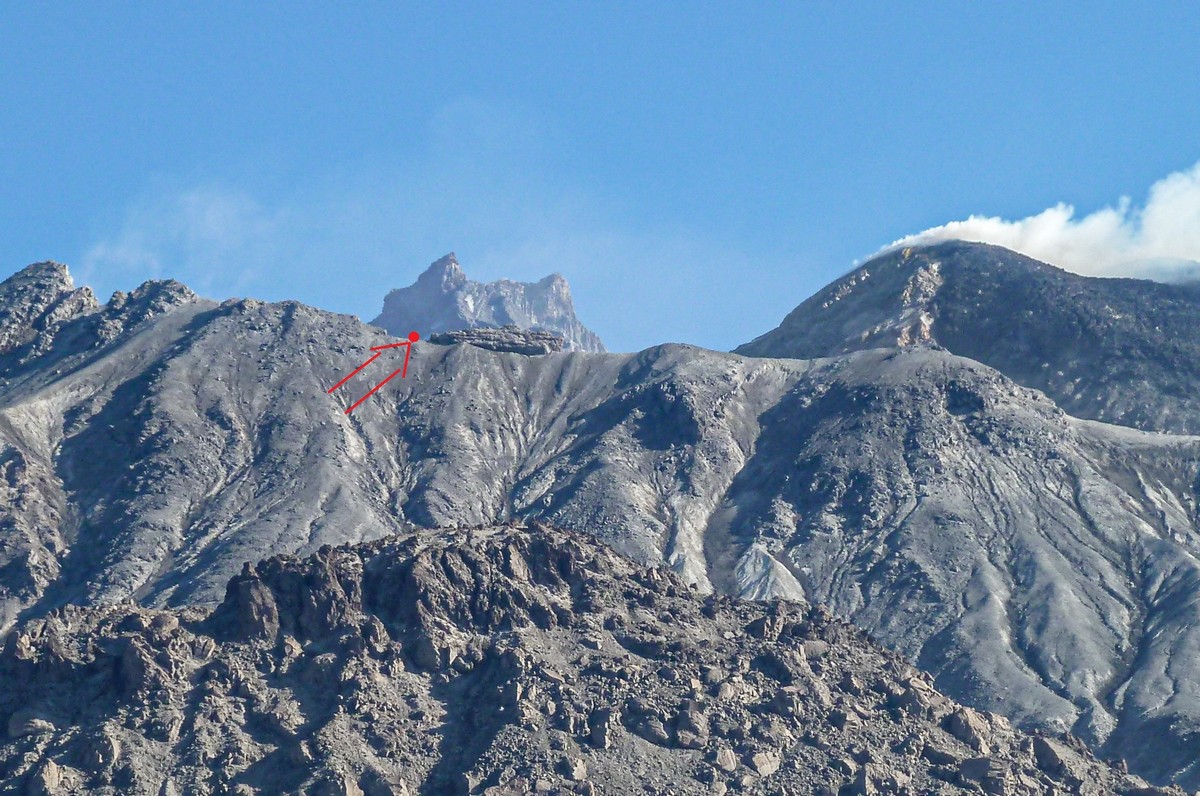 I’m sure there are other good vantage points, but there is a quasi-path that takes you in this direction, so we stuck with that.

So, you wake up at the crack of dawn, peer up, and there she is, all impressive and friendly – beckoning you to climb up… 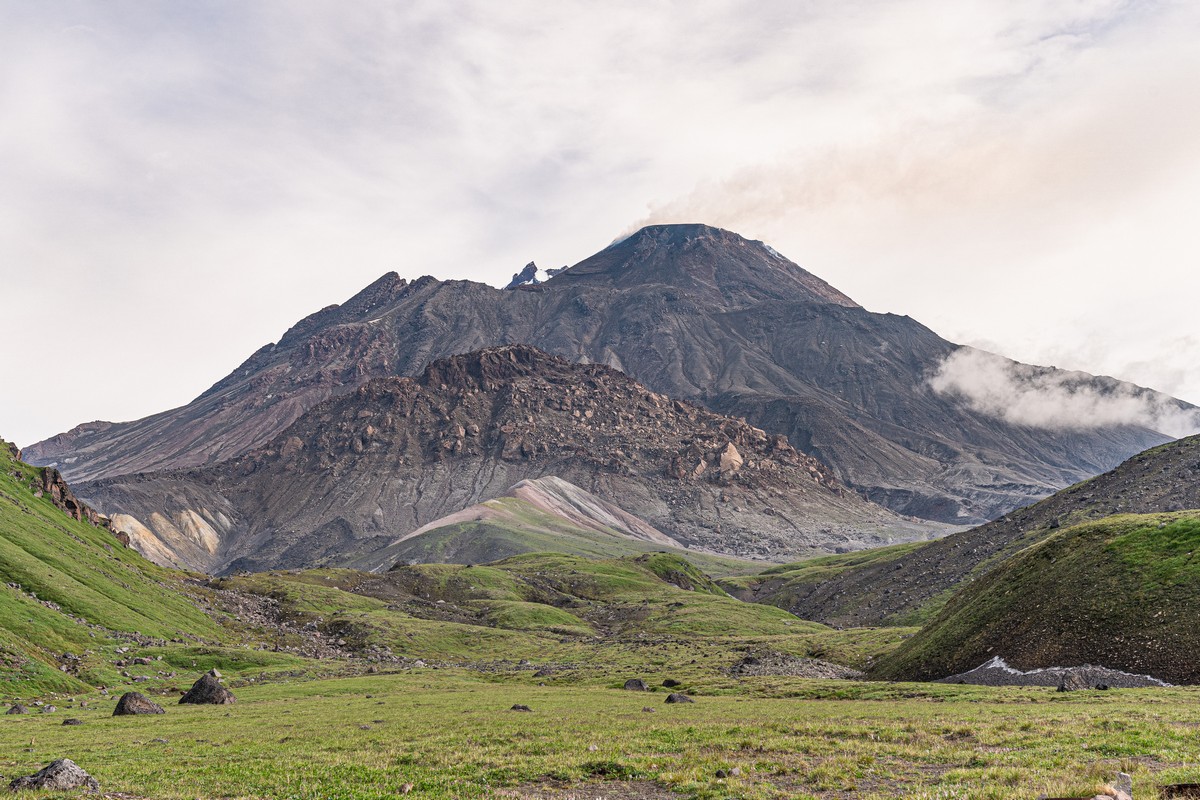 So you set out…

Four or five or six hours (!) – depending on the weather and your levels of stamina – of walking/clambering later, and we make it to the top of the collar. But already all our enthusiasm for our ‘reward’ of beholding the volcanic view from heaven was through the tectonic floor. Why? Because for the last hour we were right in the middle of a cloud! In a word – miserable: 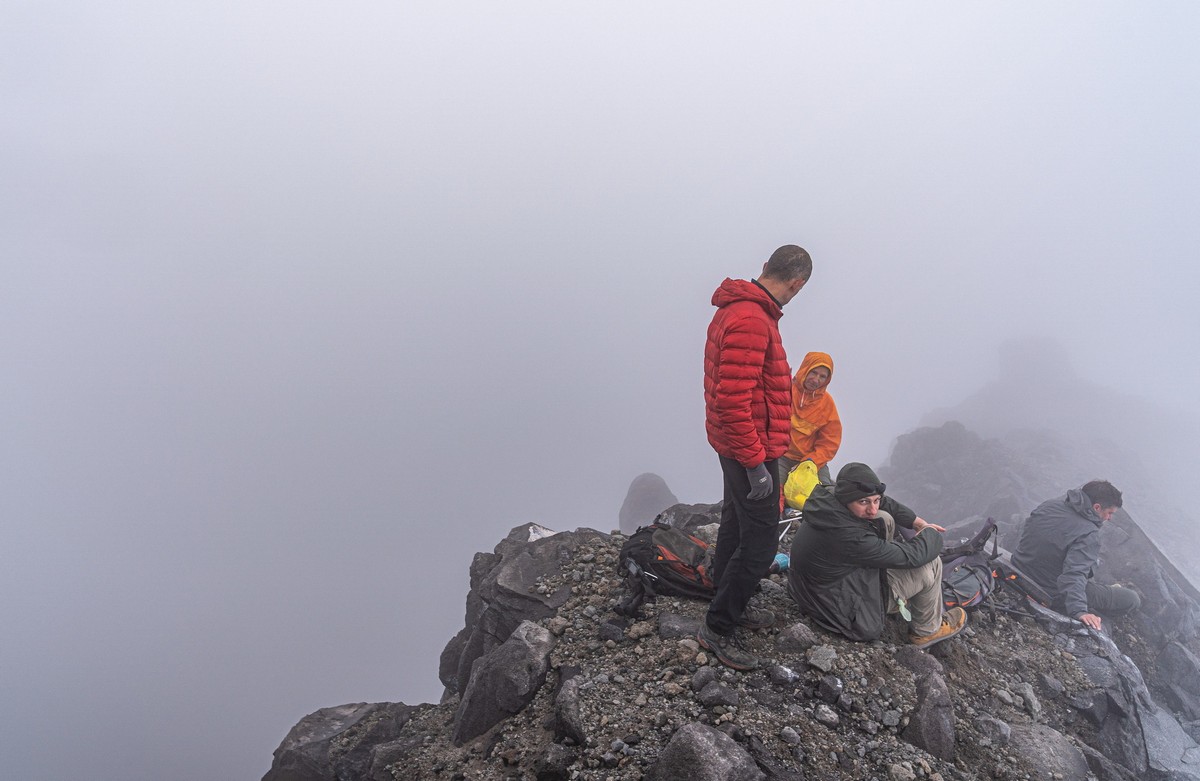 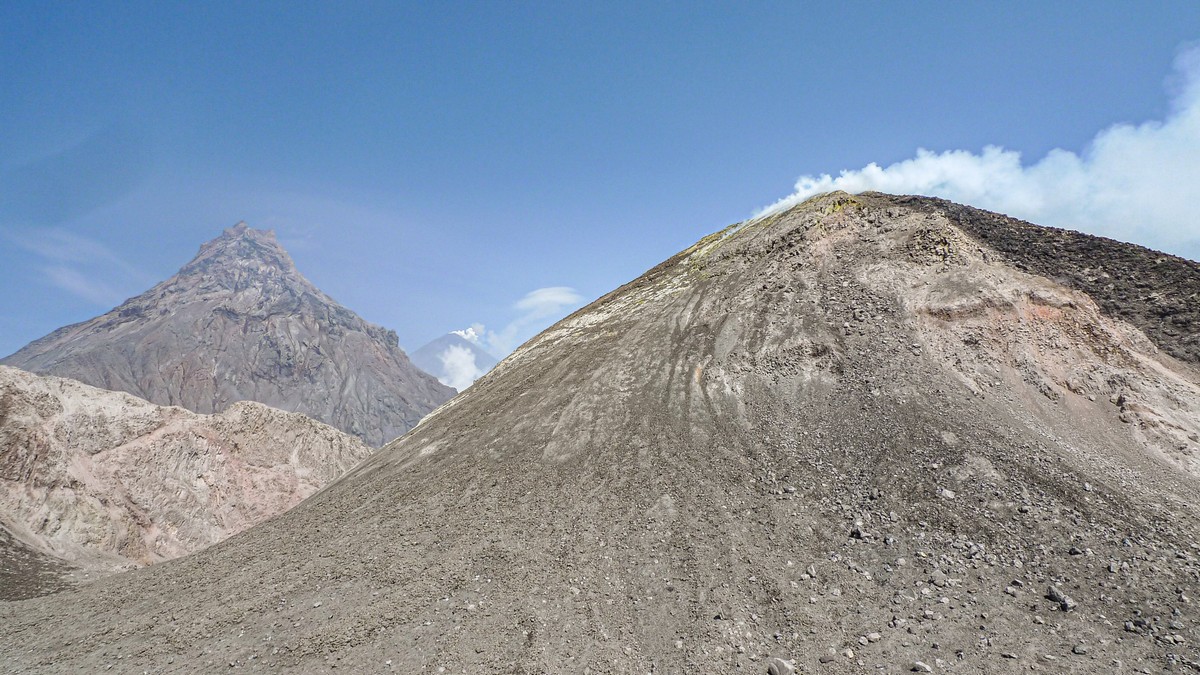 …We were instead shown a Kamchatkan mirage: 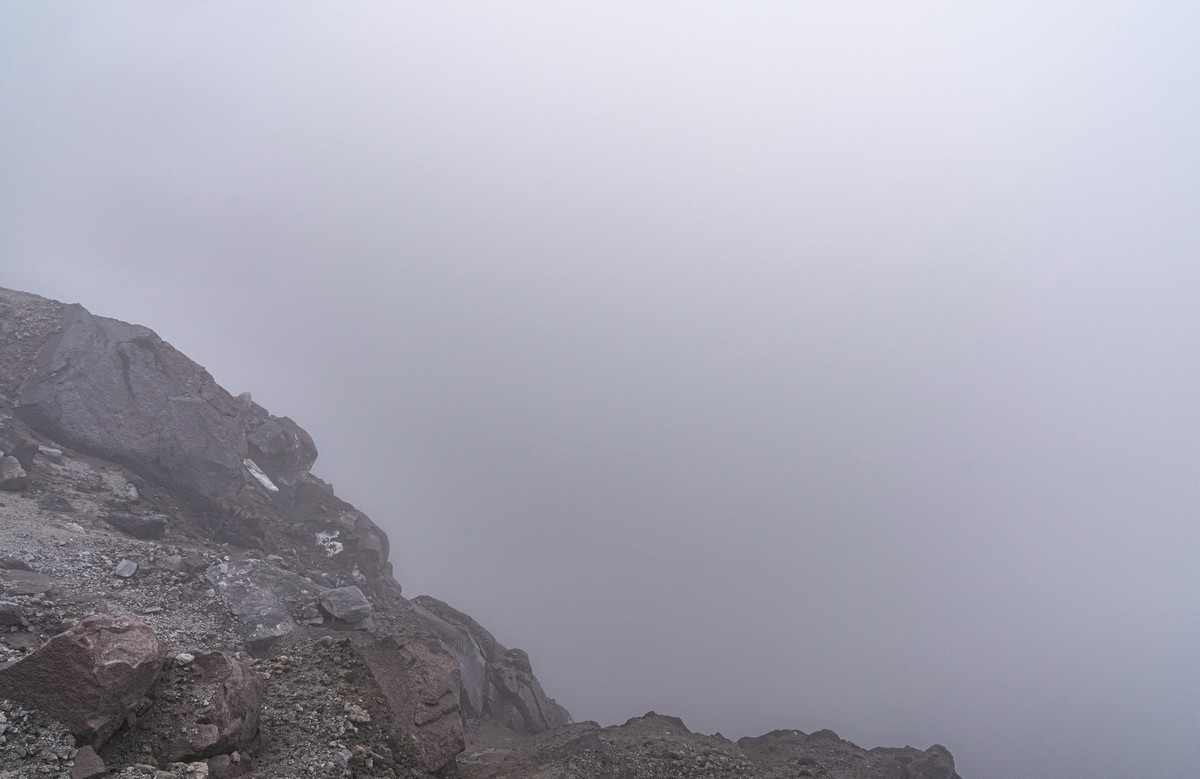 There is a volcano there; it’s just you can’t see it!

And in the other direction there should be another astonishingly astounding view, like this: 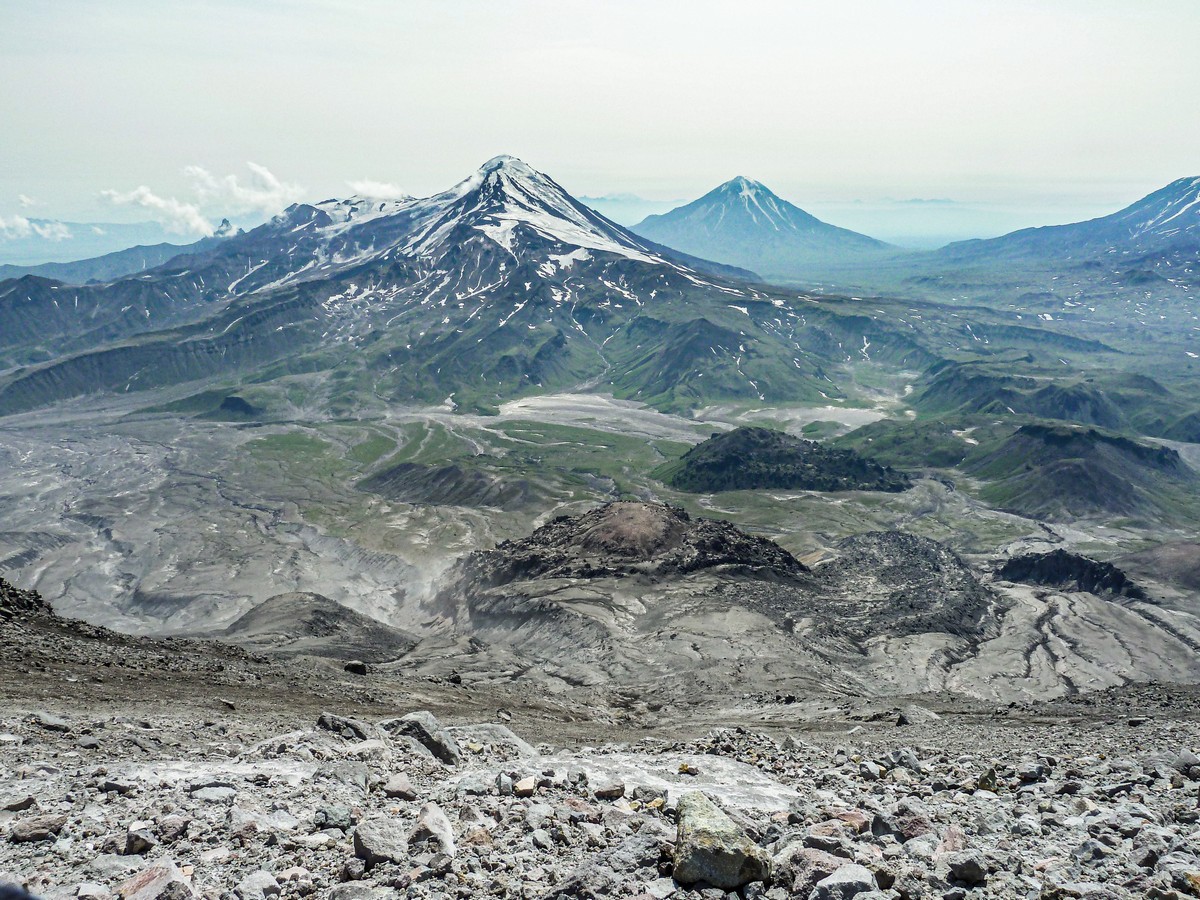 And guess what? Another Kamchatkan mirage! 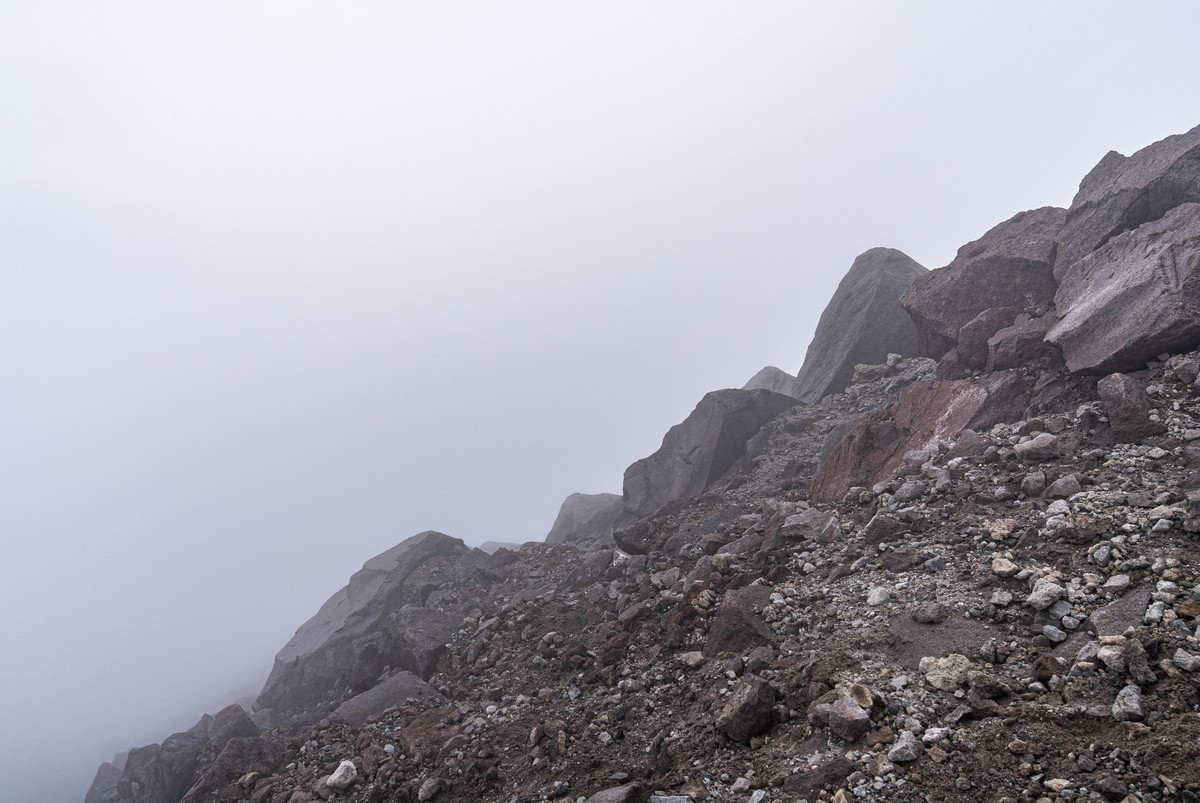 Here’s how it could have been: to the left – Kamen; in the middle further back – Klyuchevskaya Sopka; right (foreground slope) – Bezymianny: 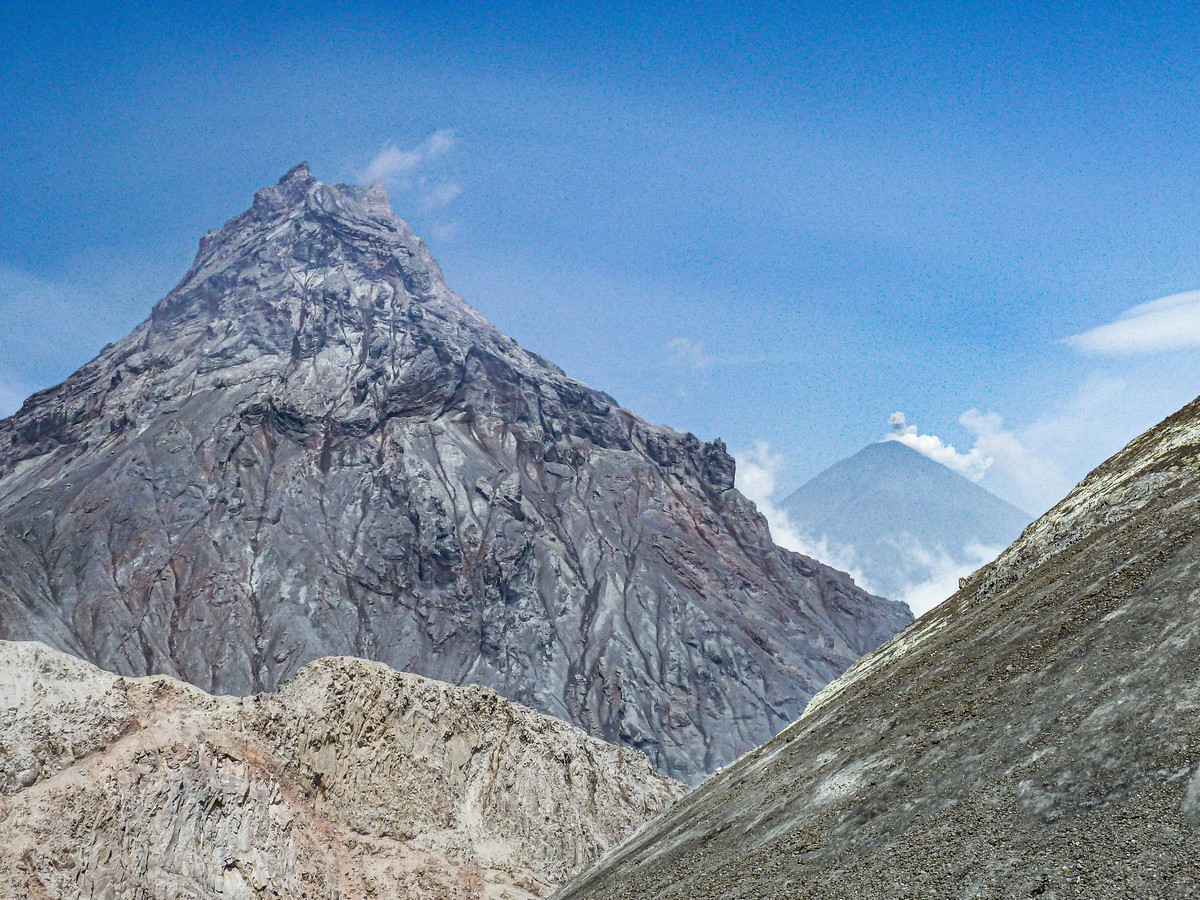 Here’s Kamen – to the top of which rock climbers have been known to have ascended! -> 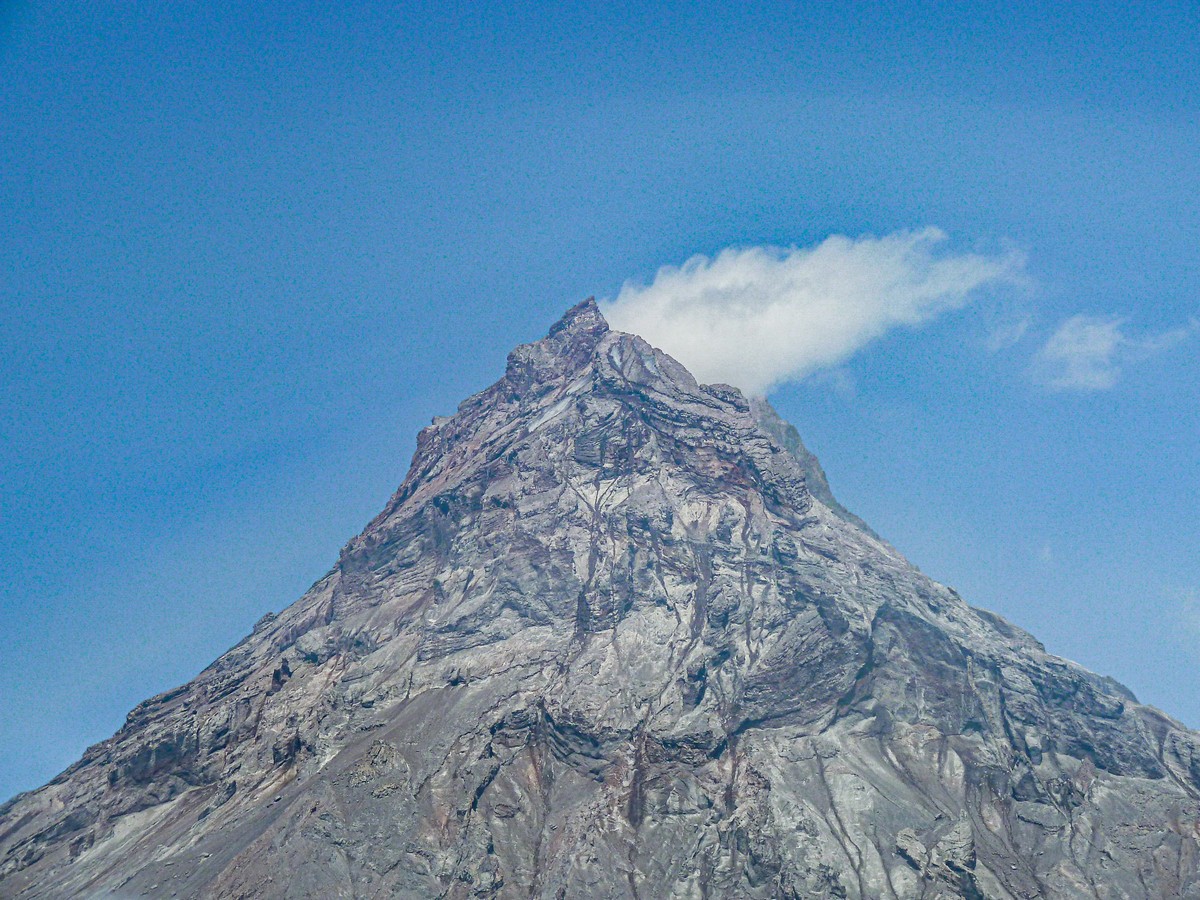 The view of the collar from inside: 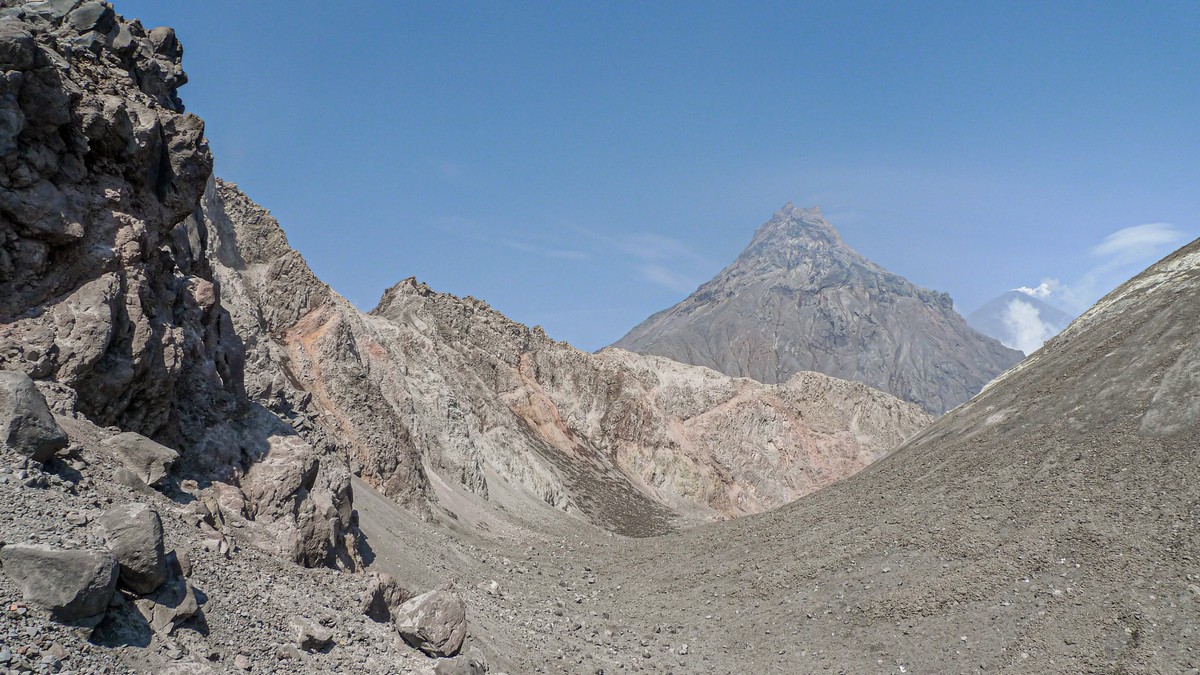 Looking the other way: Zimina, Udina, Tolbachik (check out the flat – horizontal – top: as if it’s been sliced off!) -> 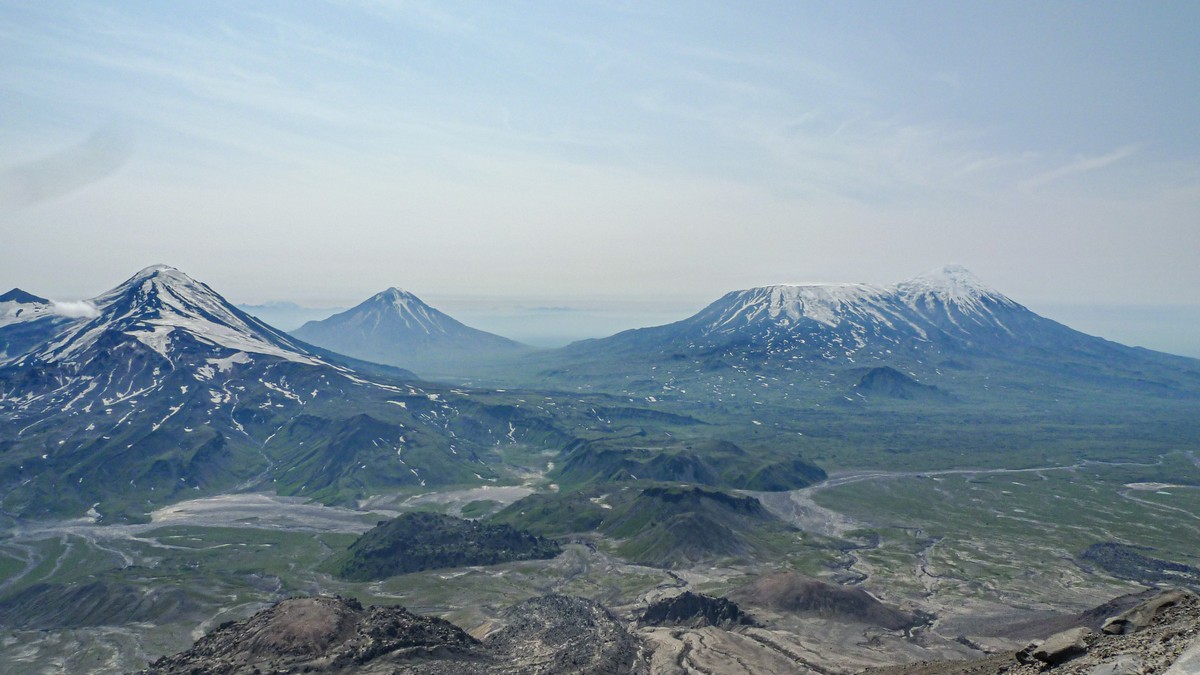 This year, this is the best view we got of (flat-topped) Tolbachik: 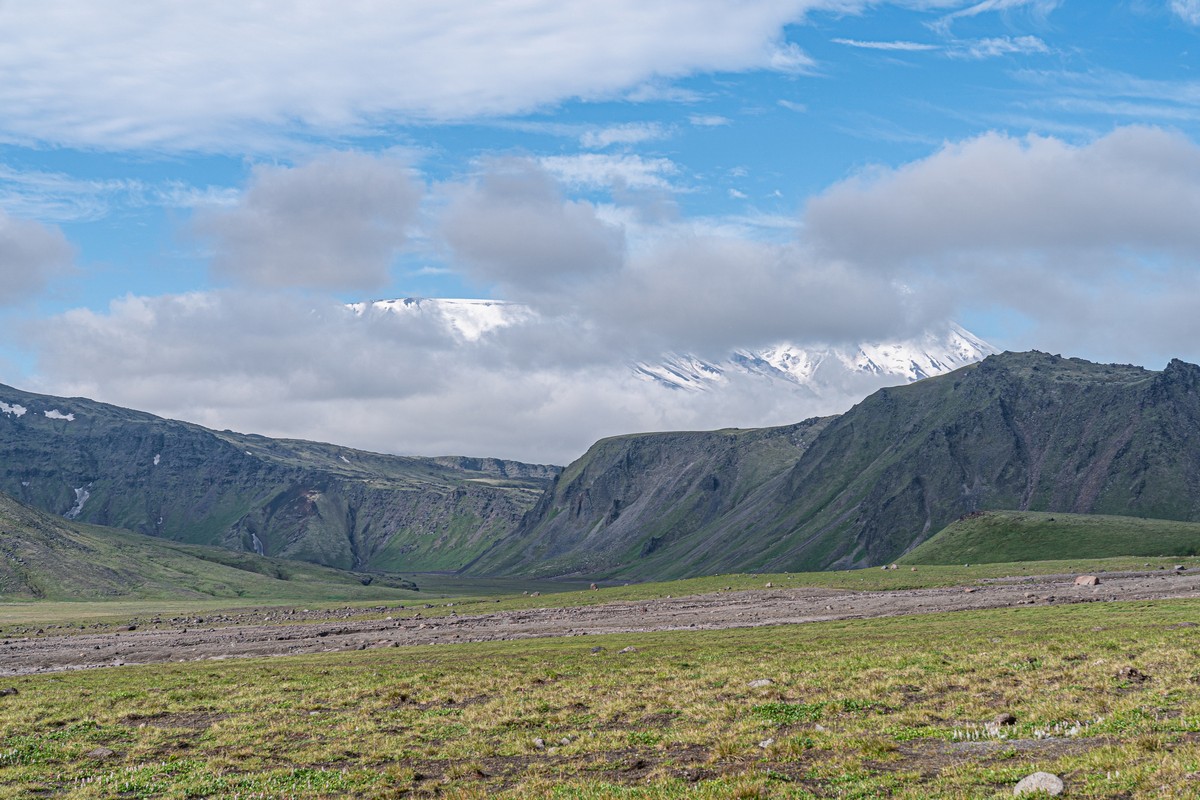 So there you have it folks – Kamchatkan mirages. Though they sound so appealing at first mention, when you do actually see them: grrrr.

Curiously, one of our group – his first time on a Kamchatka expedition – was enjoying the mirages anyway! There he was, taking in the ‘awesome’ views, and merrily snapping away with his camera. If only he knew how much better the ‘real’ Kamchatka is here, not the mirages? ).

Not that I told him at the time (I told him later, so he’d have something to look forward to next time:), but these are the views he didn’t know about: 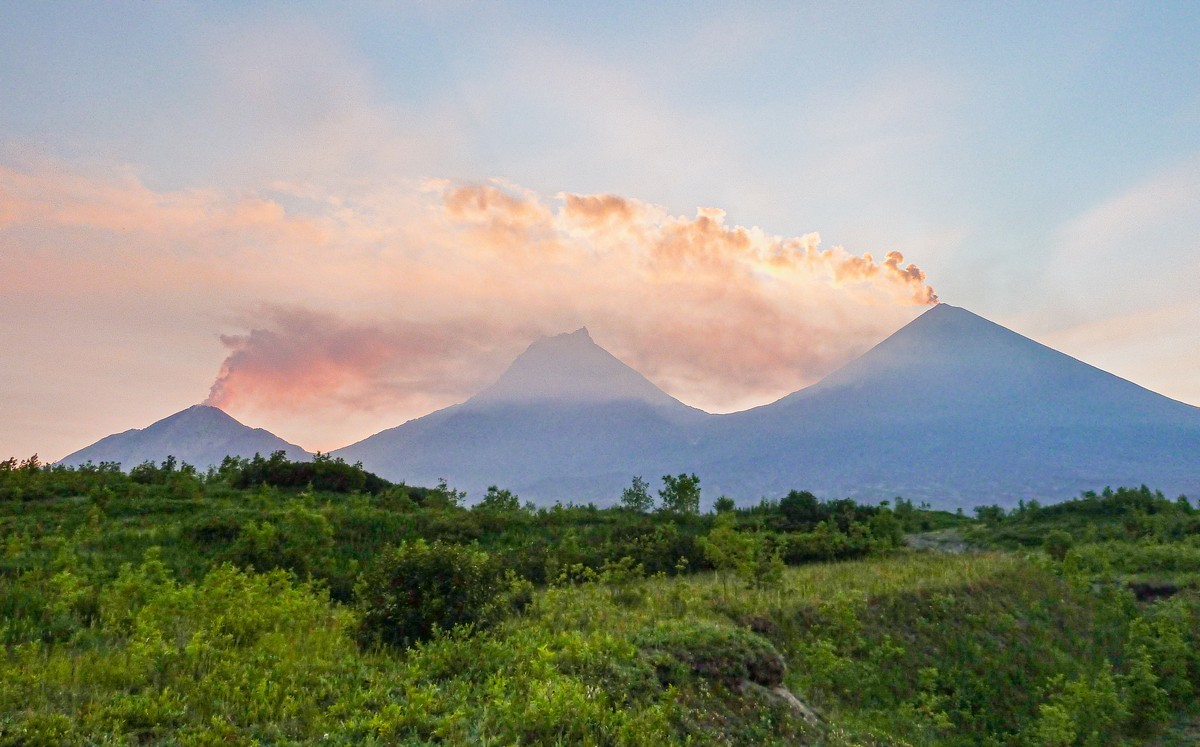 Bezymianny having a smoke: 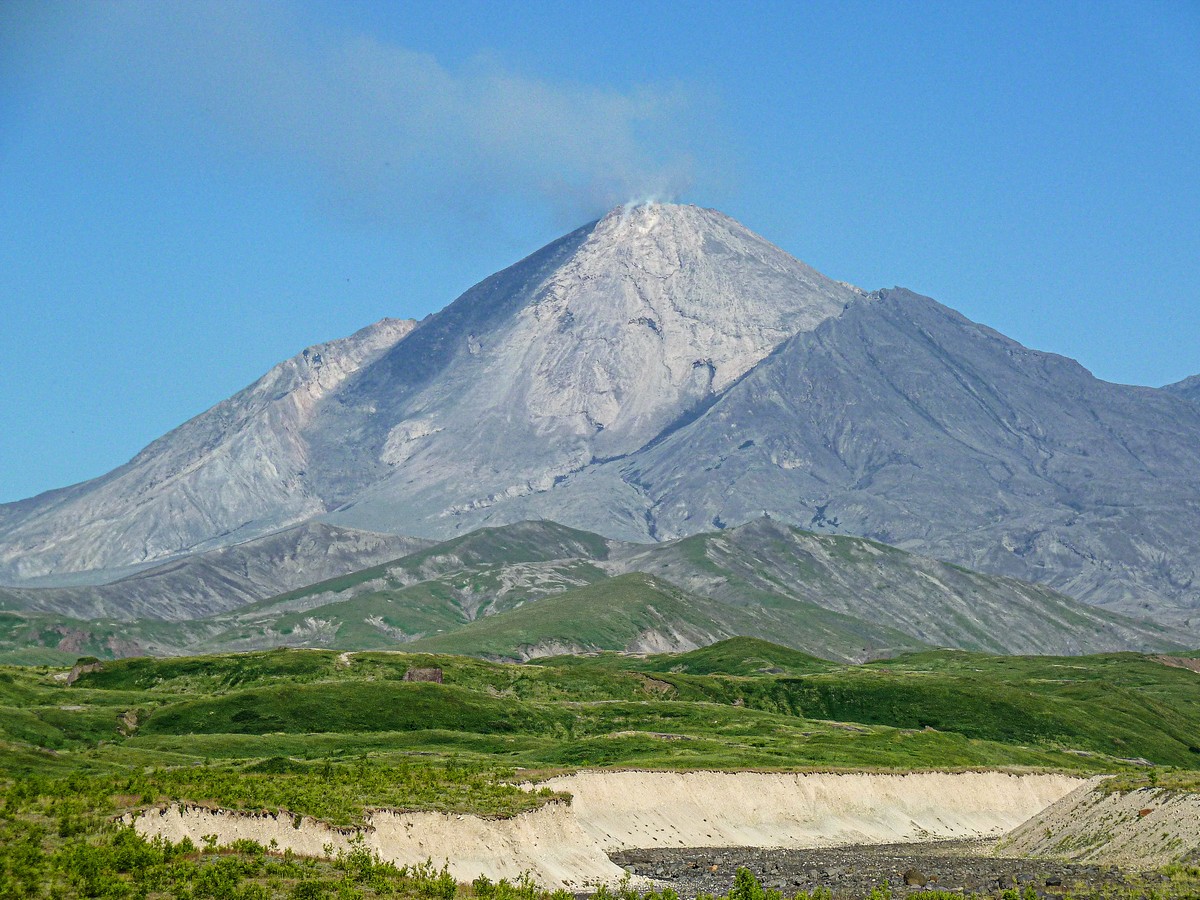 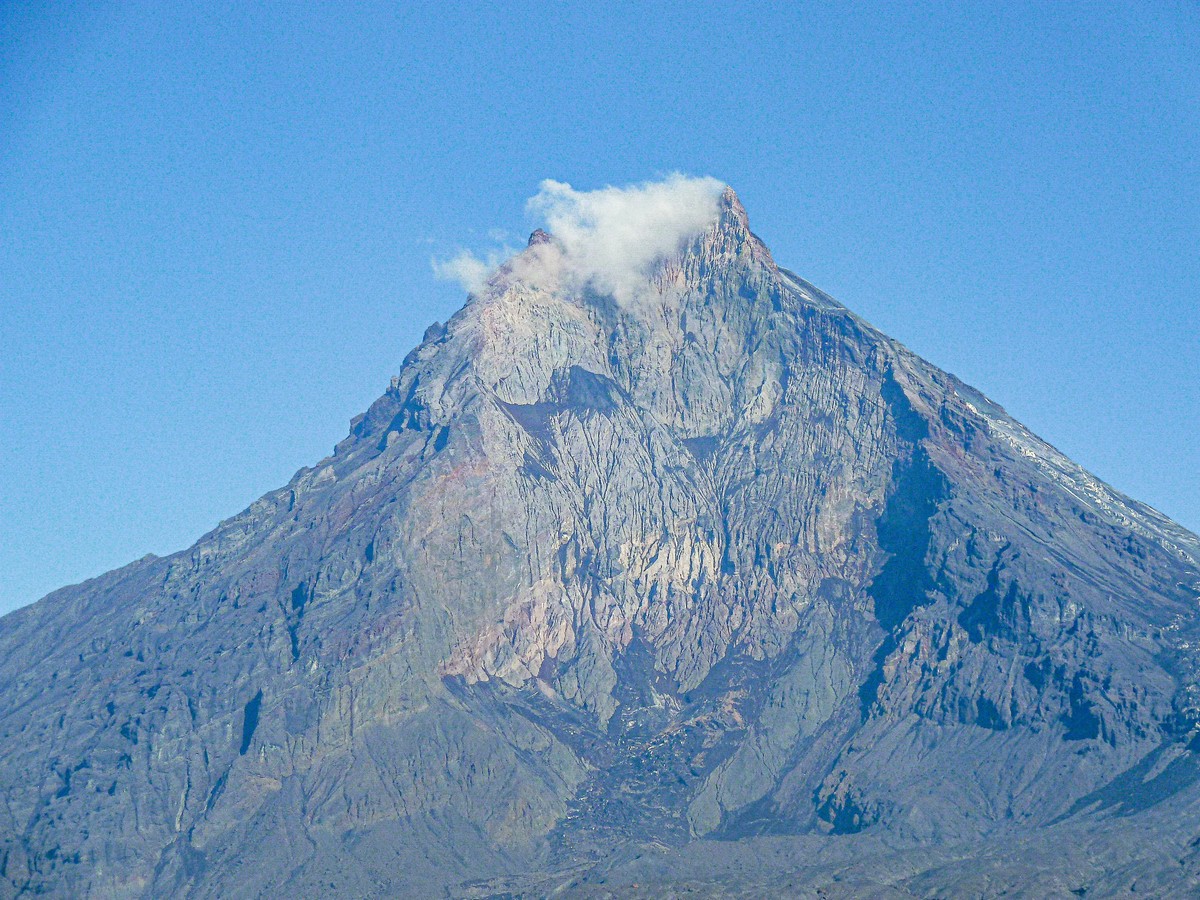 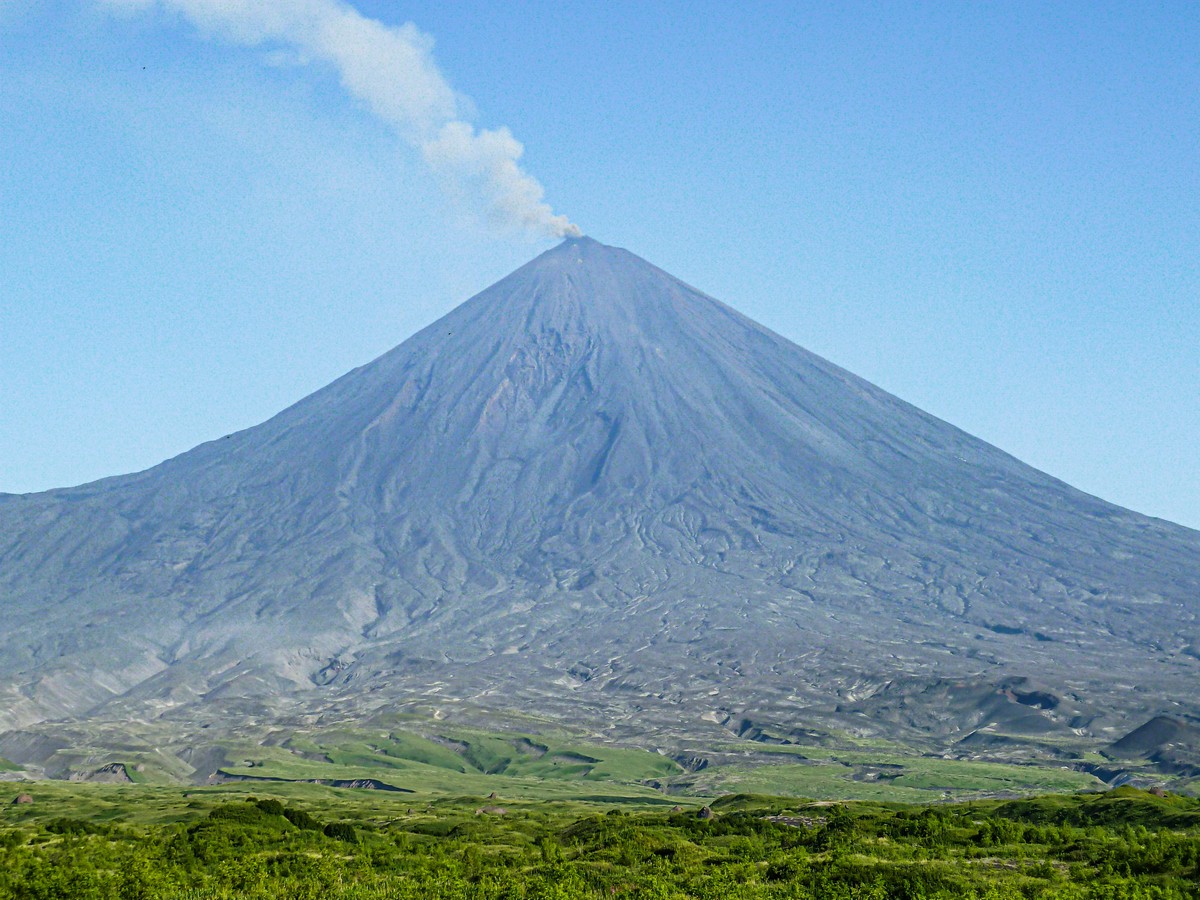 And here’s the peak of Ostry (Sharp) Tolbachik, where we were headed soon… 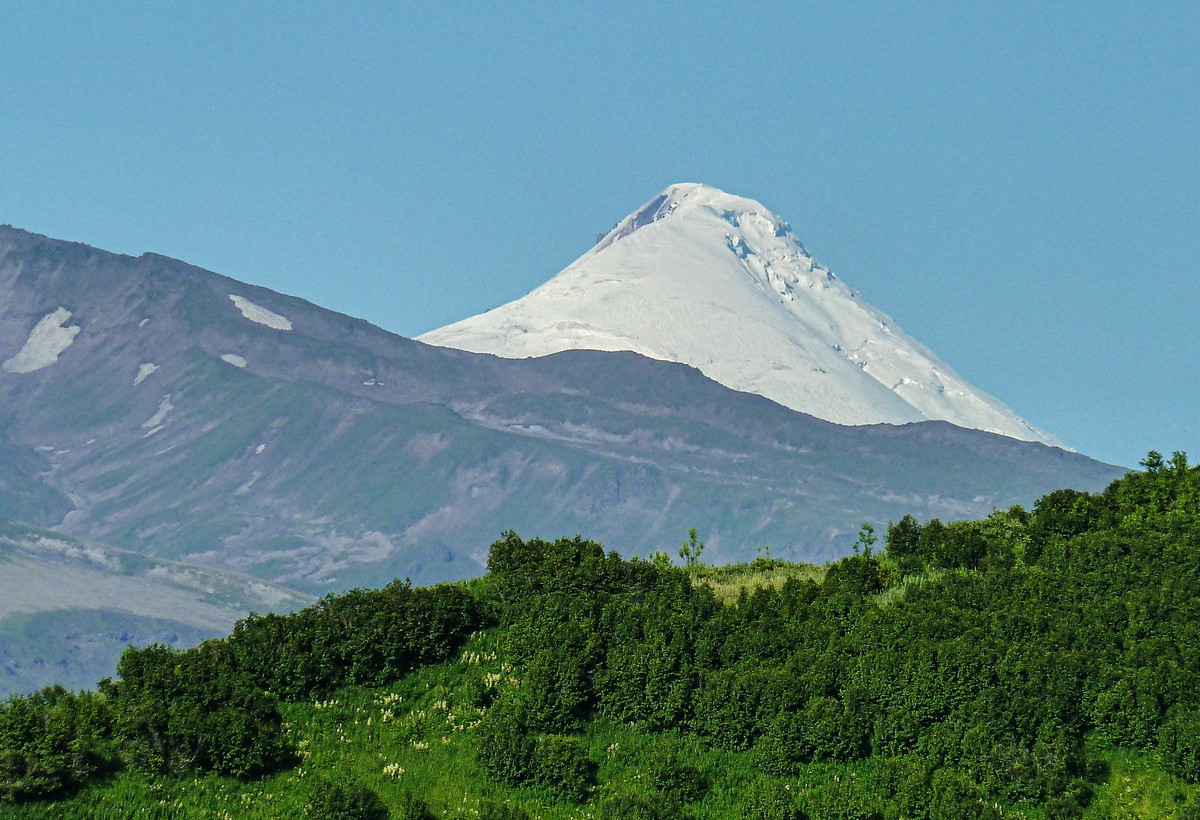 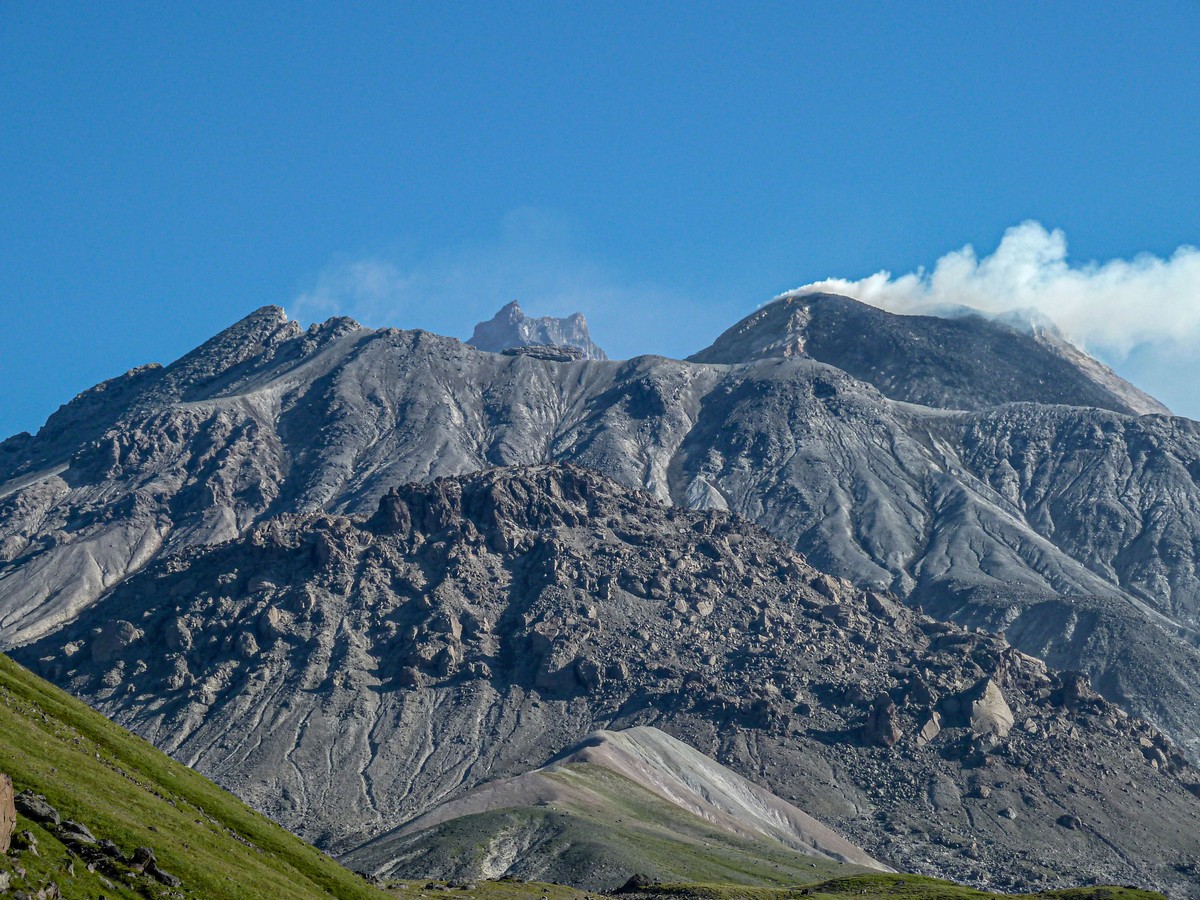 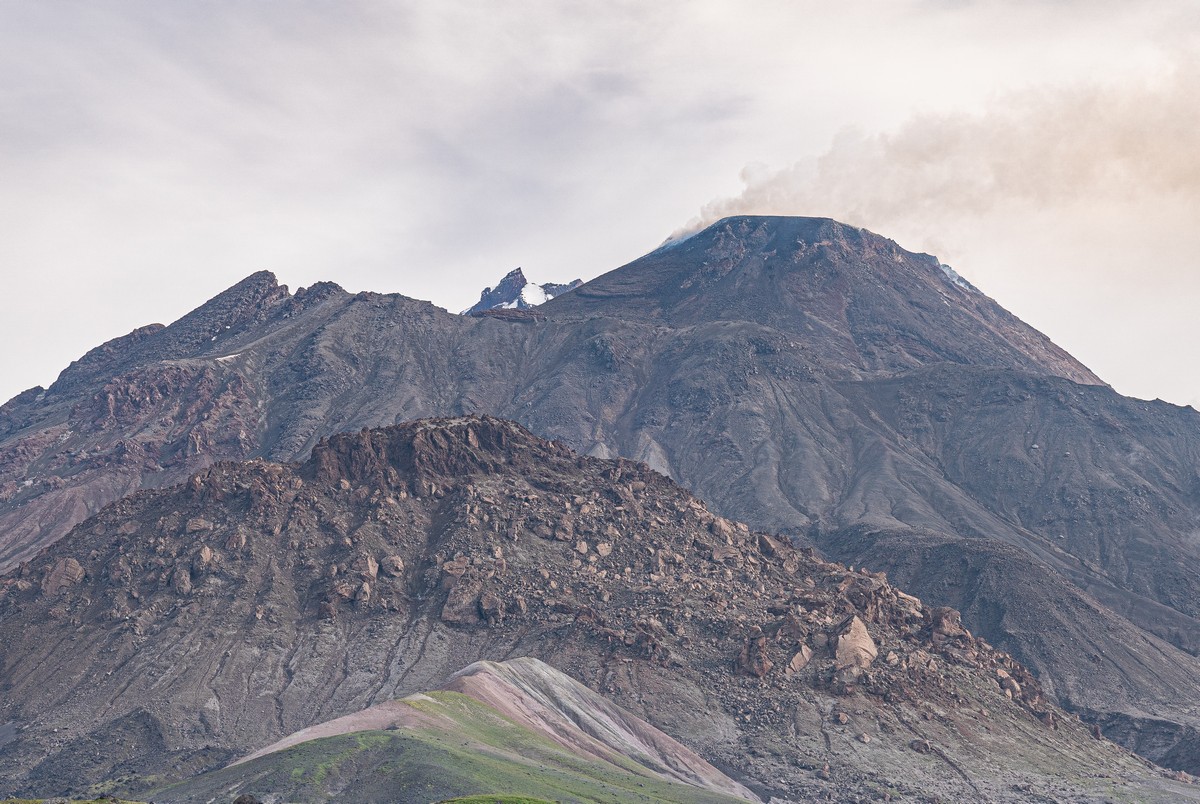 You can see how the new cone has grown up somewhat. I wonder when it will blow again – which it is sure to do? We’ll just have to be quick getting back here for another go in good weather to see how much more it’s grown… 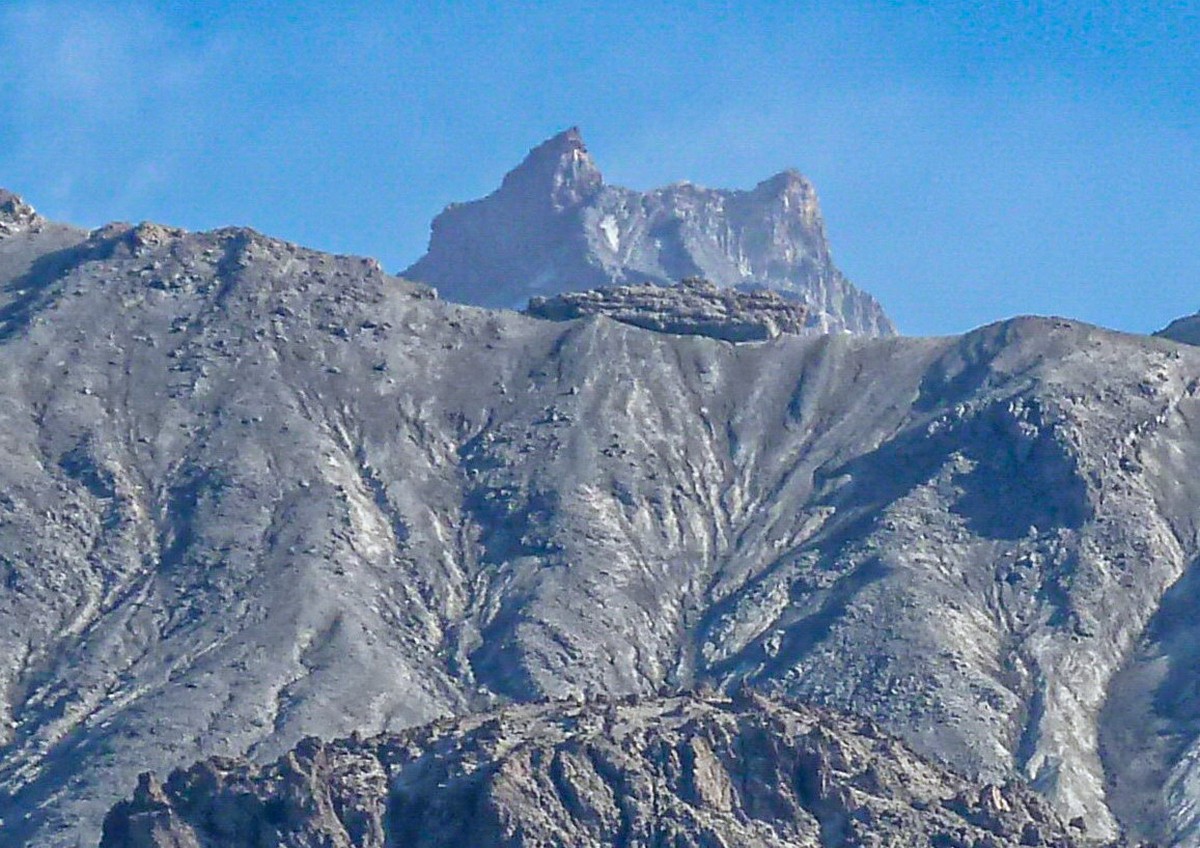 PS: A tale I simply must tell from our 2010 expedition, when it was all blue skies and sun:

We were here, at the Klyuchevsky group. Up, breakfast, backpacks getting sorted… A metal breakfast bowl falls onto the grass by mistake, unnoticed. Naturally, it proceeds to focus the sunlight onto a spot nearby, which happened to be occupied by… my plastic beach sandals: 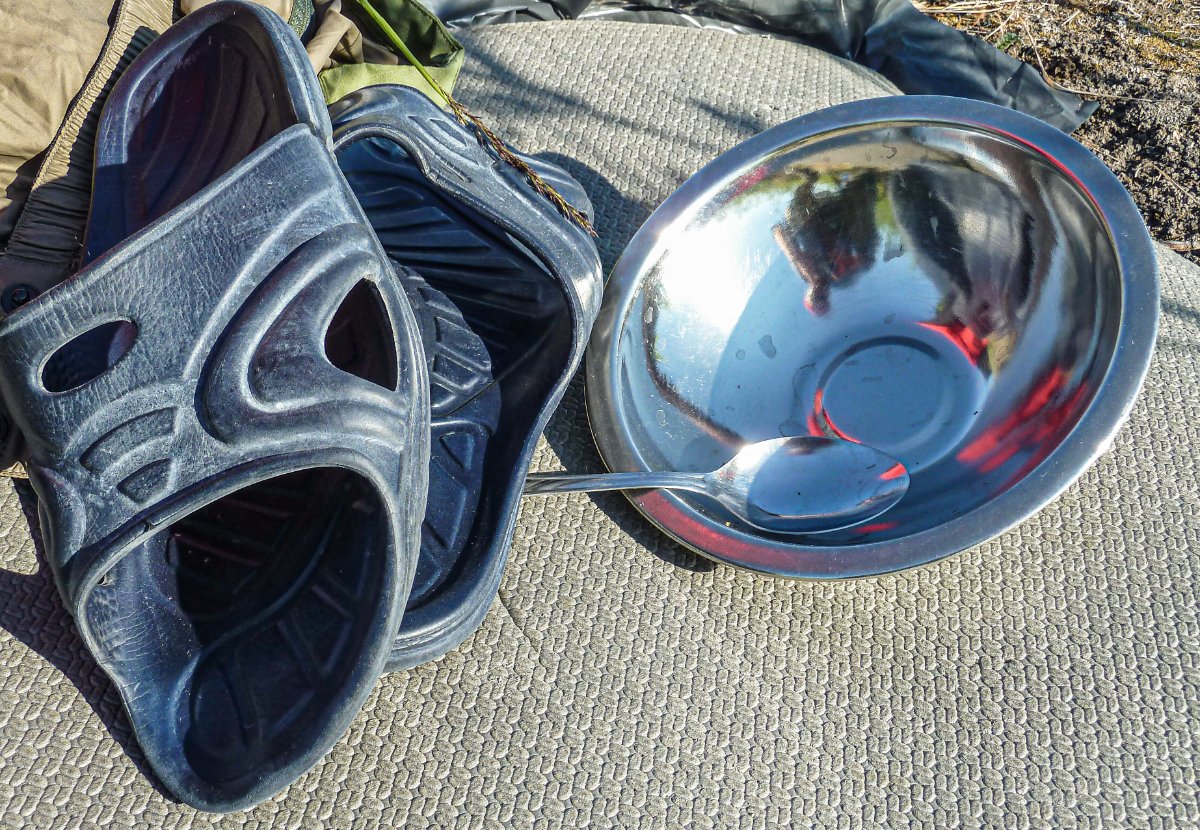 Then it came – the cry from one of the expeditioners: ‘Your slippers are smoking!’. Indeed they were! So, it’s not just mischevious volcanoes smoke round here, but mischivous slippers too… 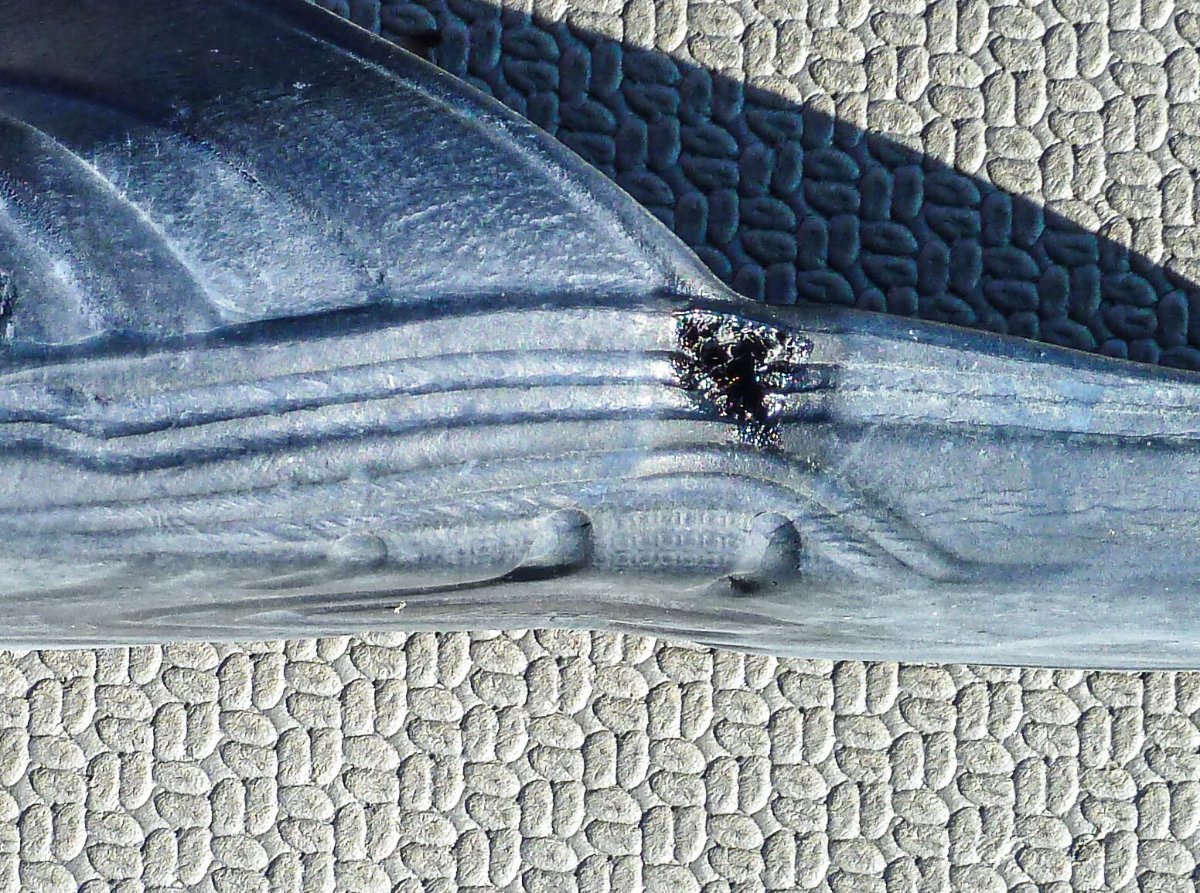 And that was no mirage ).