My recent trip to London was a busy one not only on the business front, but on the touristic-walktastic one too. We got a central London walk in, and we did a new – long – stretch of the Thames Path. Along the way on these walks we took in the dominating Battersea Power Station, the inevitable Big Ben, and a surprising… Edward Snowden mosaic. There was another dominating architectural object we passed, which looked too interesting to pass up on, and which I haven’t told you about yet (didn’t want to break the stride of the Thames Path reporting). So here, today – quick rewind to it… 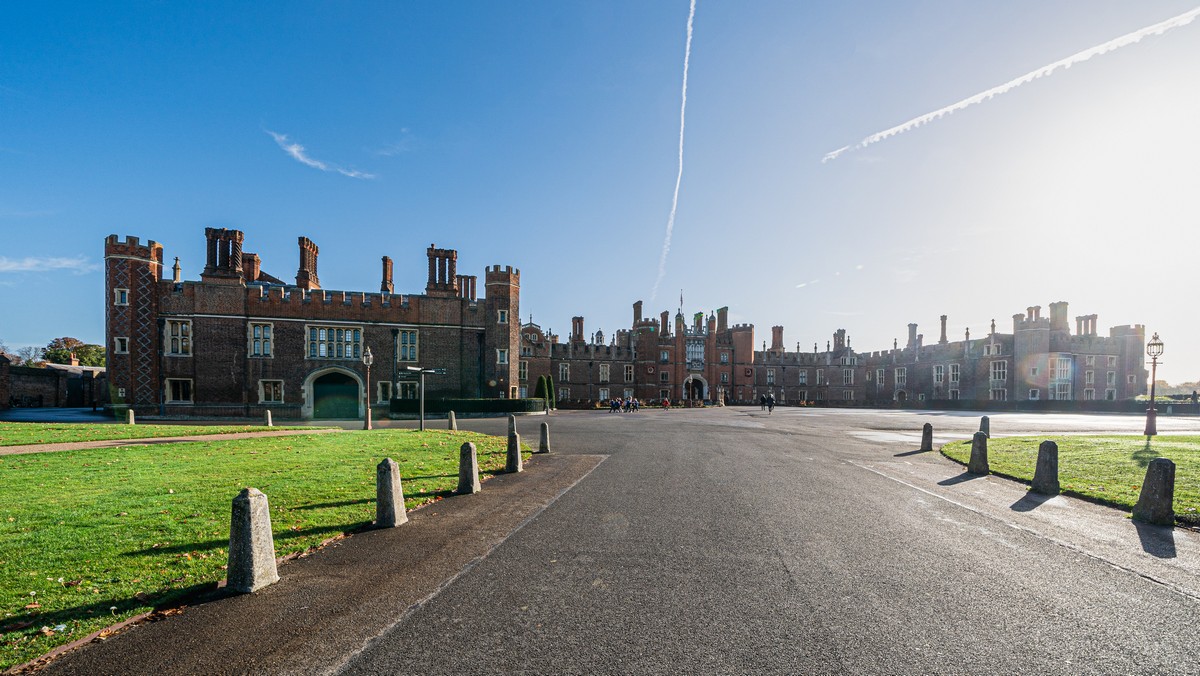 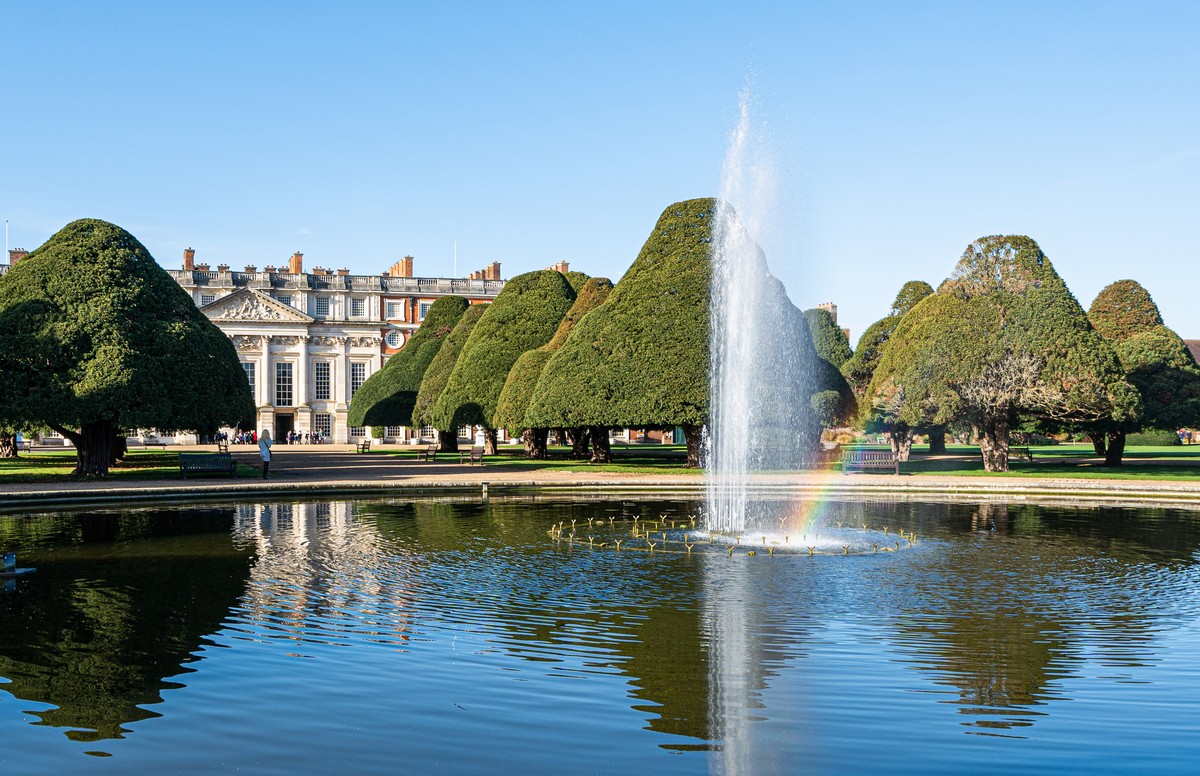 First up, the elephant portly king in the room… This was once a preferred residence of Henry VIII; yes – the one who had many (six) wives (not to mention his many mistresses), two of which he had beheaded. Nice chap ). Here he is: 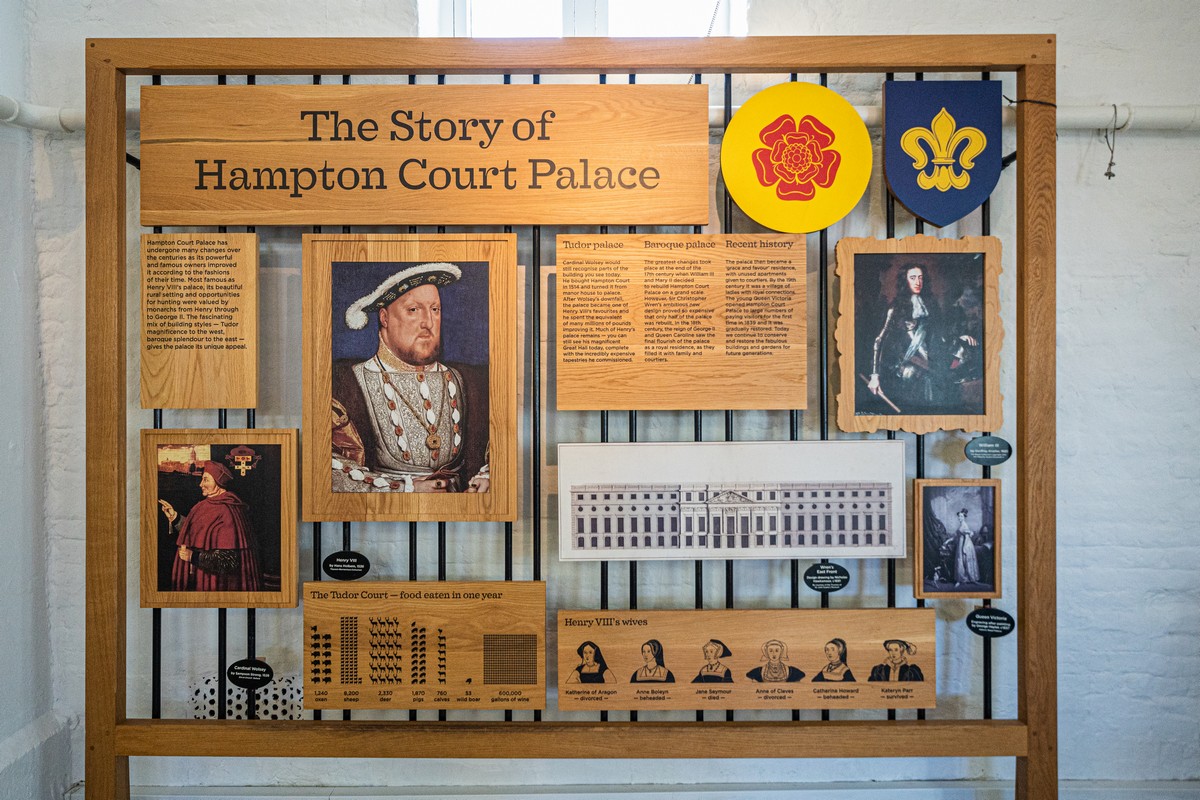 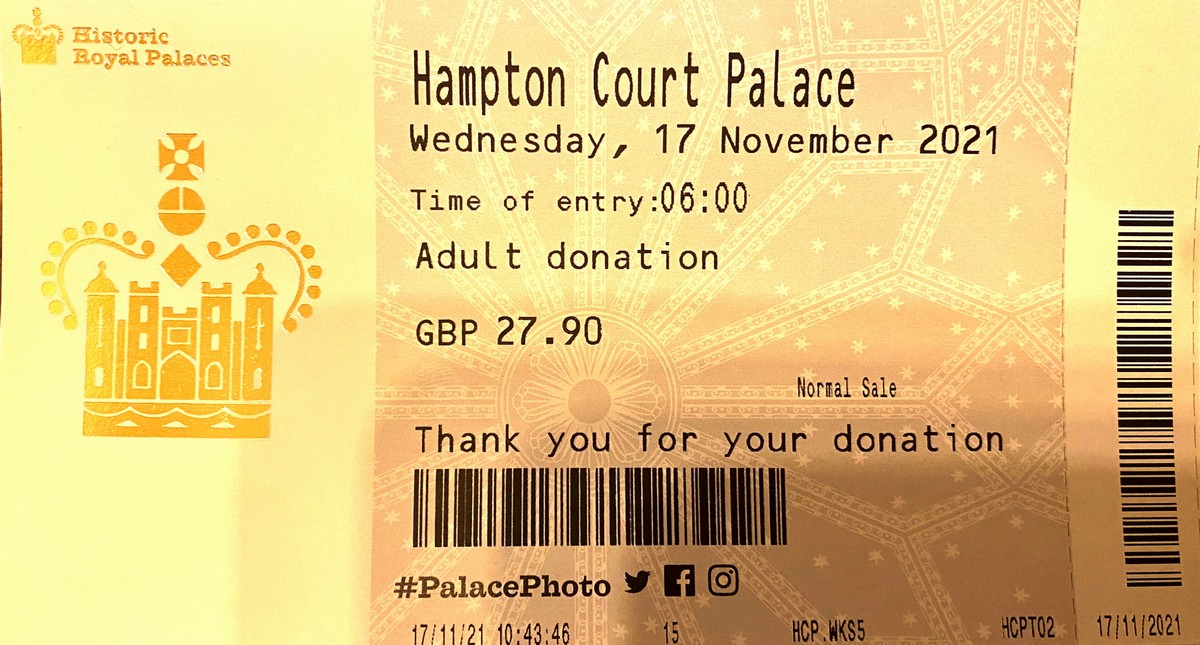 Instead of recounting some of the complex 16th-century+ English Tudor-Stuart history here, I’ll let my camera show you what my £28 earned me the privilege of seeing instead -> 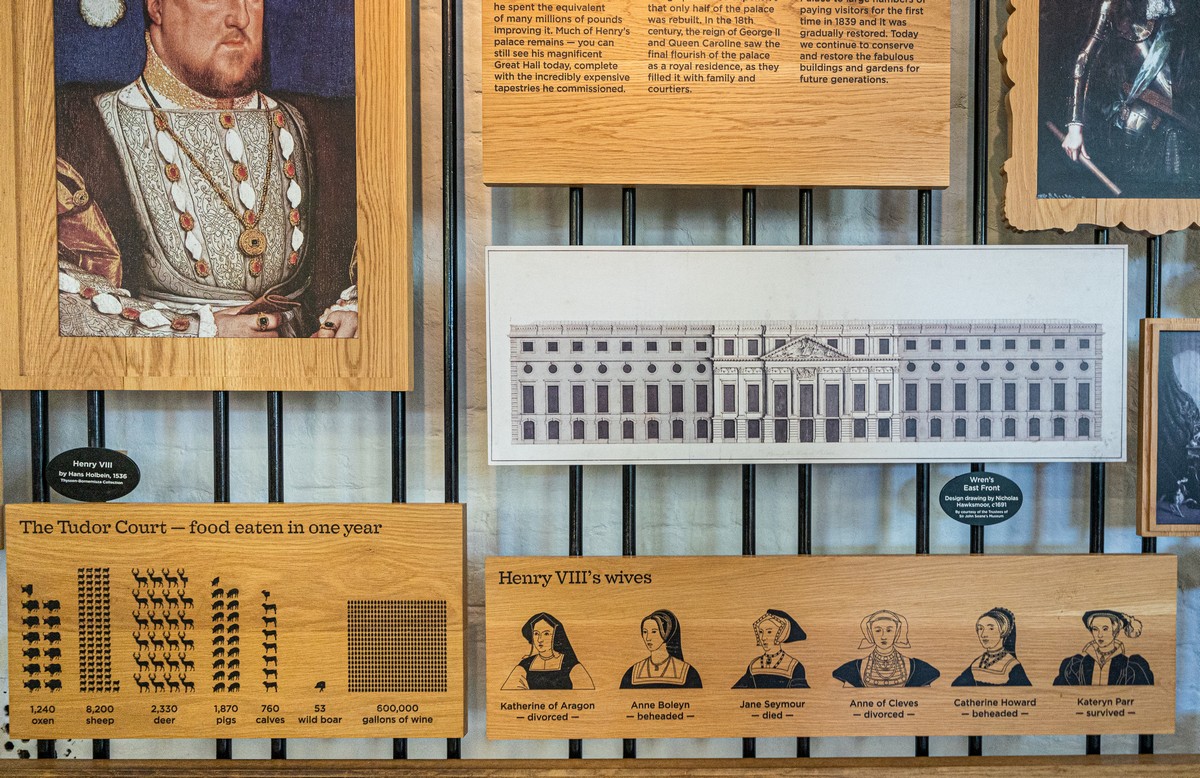 Now, I like to tot up how many liters of coffee, how many hot dogs, how many meters of cabling, and so on, are used for our K-events, but I’ve never, of course, had numbers like this! 8200 sheep? Oh my gluttony! 600,000 liters of wine? Oh my grape!

But it was some of the info about the former King of England that was the most interesting. I mean… this guy! Alpha male – personification thereof. Nutjob – same. Merciless – check; tyrannical – check. Also – his was ‘one of the most important reigns in English history’. So – he was one of those: not all bad, not all good, and lots in-between. Same old )… 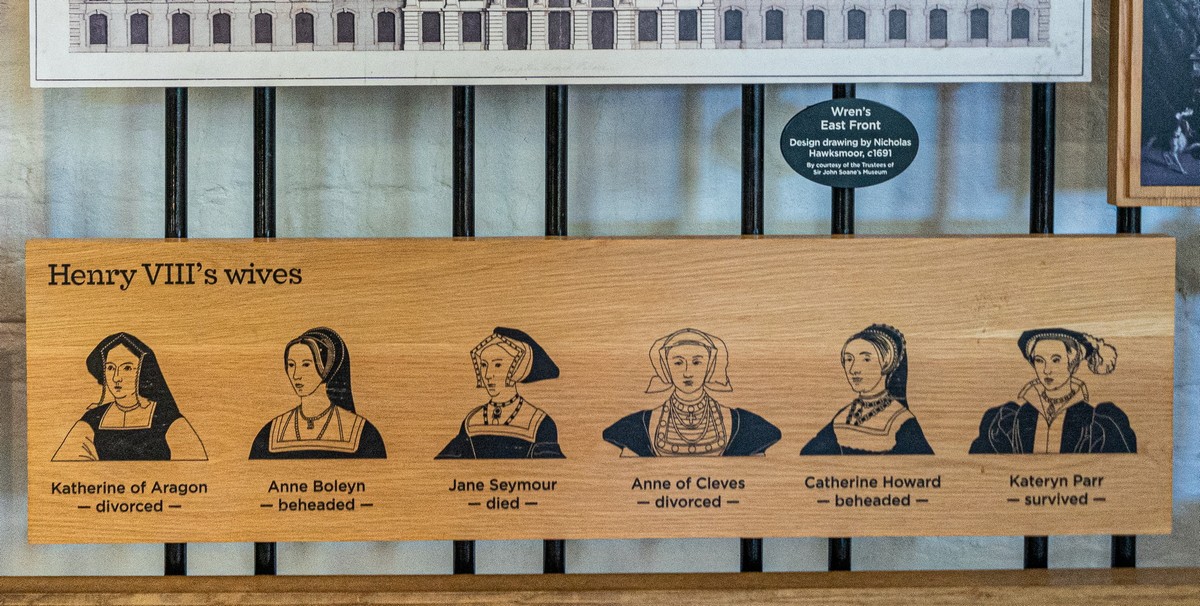 Henry VIII, for example, is the one king, out of all English kings there has ever been, who everyone in the UK today knows about – and mostly due to his… eccentric personal/love life. Everyone knows about Queen Victoria too, but there’s less drama connected to her legacy (and she was Queen, not King, but let’s not get into that here:). I mean, there are songs about Henry VIII, and even whole concept albums – named after his wives: The Six Wives of Henry VIII, by Rick Wakeman! 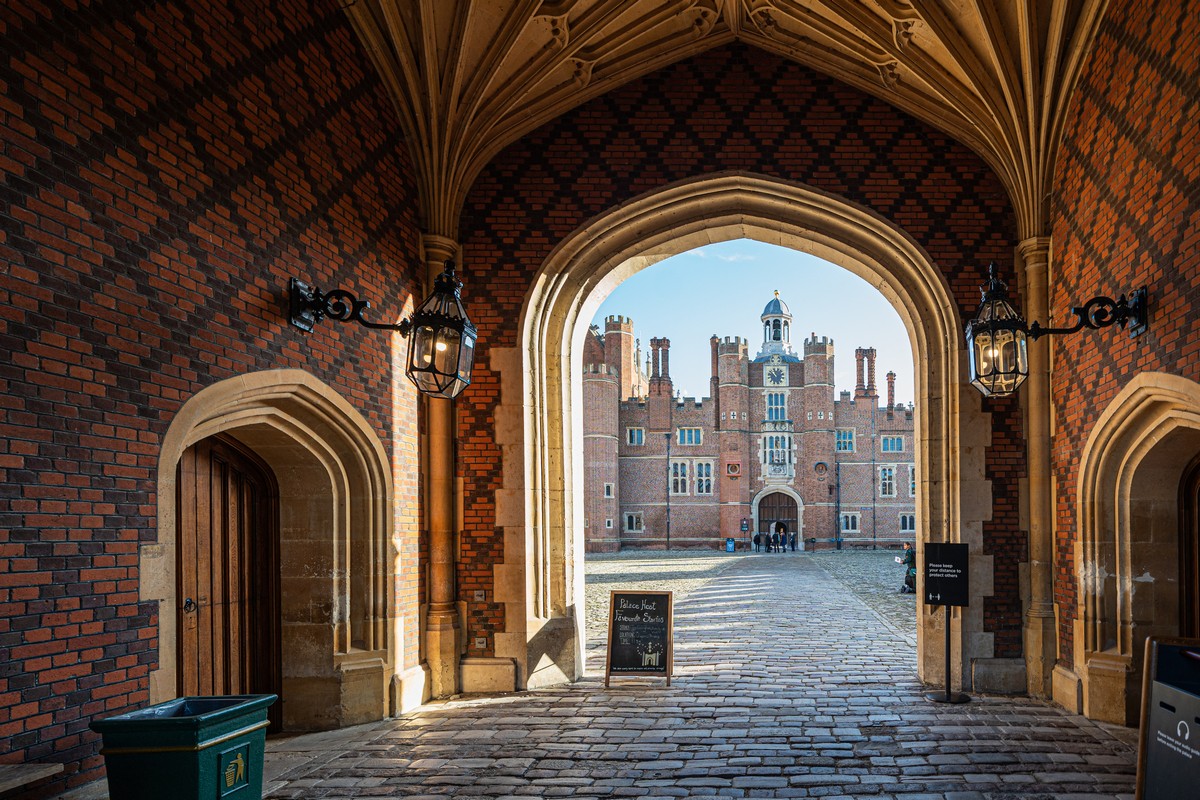 Alas, it’s difficult to immerse oneself fully in the aura of what it was like here in its heyday hundreds of years ago. 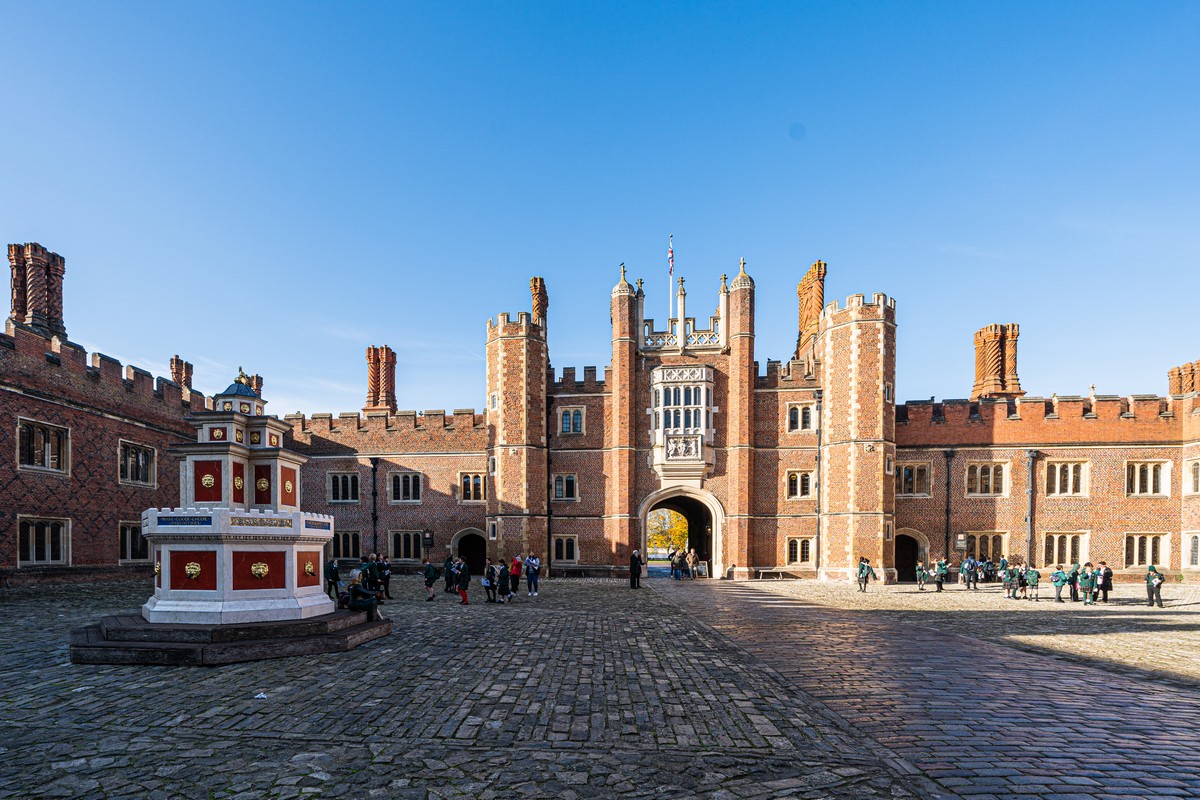 For that you need a time machine; or, at a minimum, to turn off the electricity, internet, water supply and the rest. And to take away… soap and shampoo! Yes, then we’d be able to start to feel – and smell – the way things really were – and stank ). Like in here:

We didn’t have much time to spend here, and we had little energy either after the previous day’s 20km march along the Thames. Shame, as the palace has a great many rooms to check out (in which folks would feast, booze and party, it seems; oh those Royal courts).

Not just the buildings are interesting; the gardens are rather cool too:

Over there to the right of the water – grazing deer. Alas, not visible in the photo: 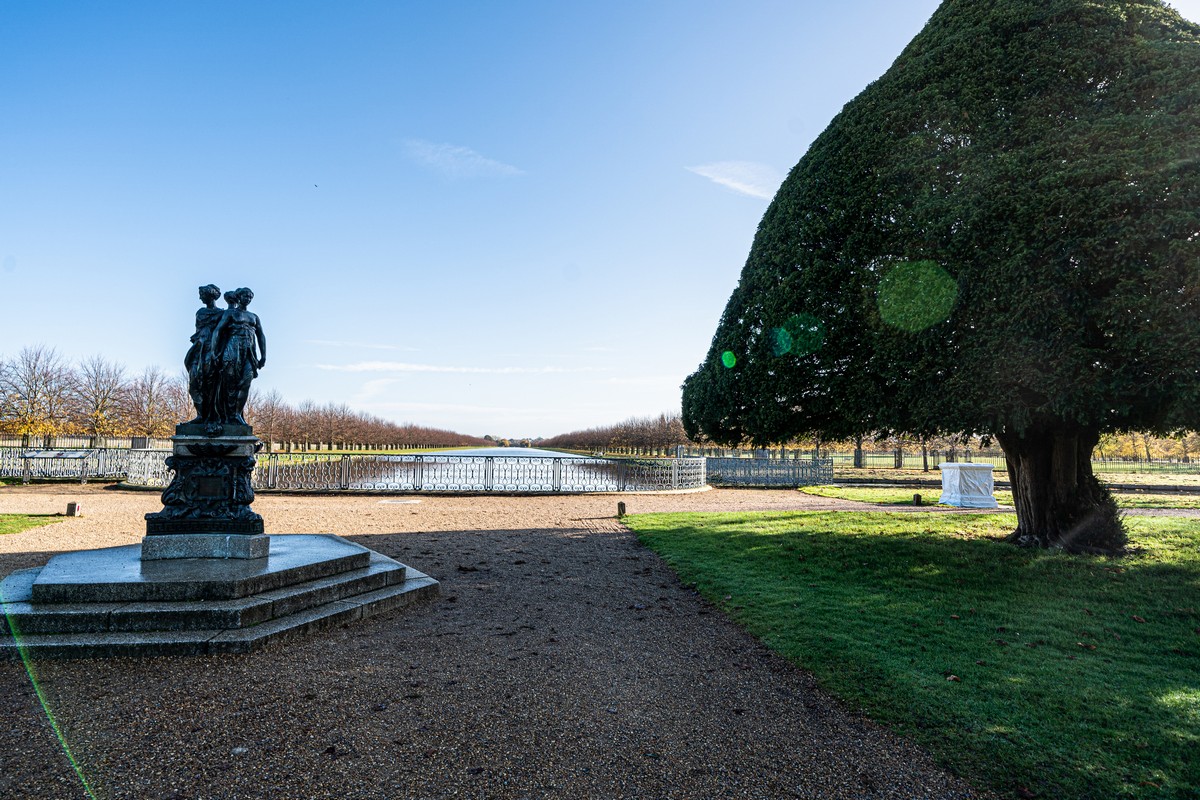 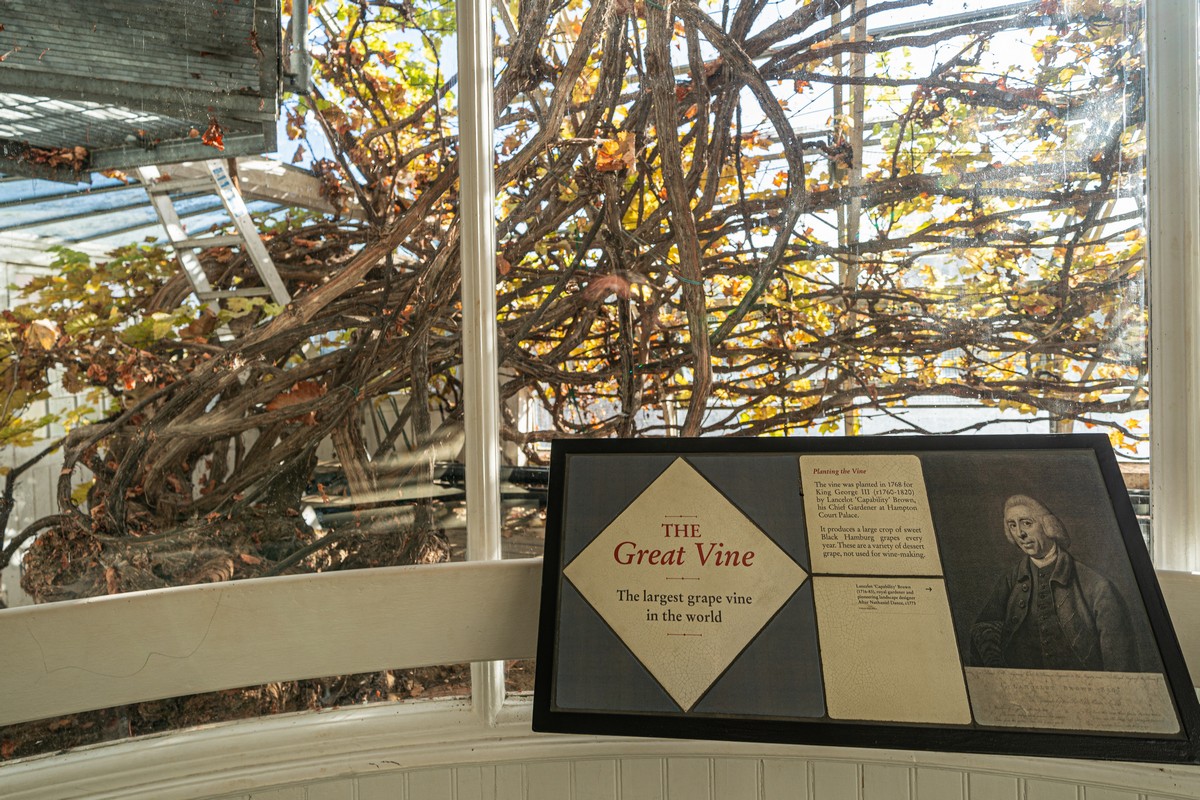 …Yes, the largest – and possibly the oldest – grape vine in the world! 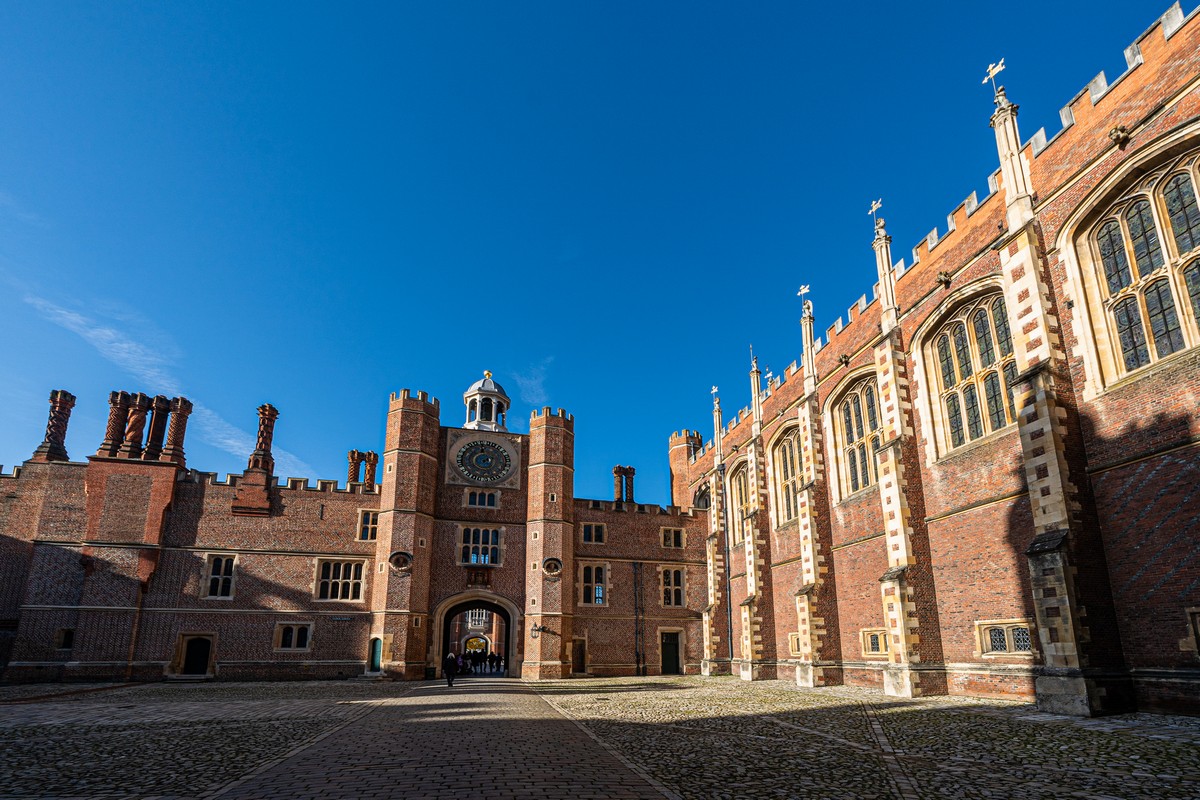