Still in London – we’ve done the nostalgia and we’ve lamented geopolitics, but we refuse to get down. So we go give London yet further inspection!…

First up – Big Ben and the Houses of Parliament. And we’re headed waaaaay over there, along the riverbank -> 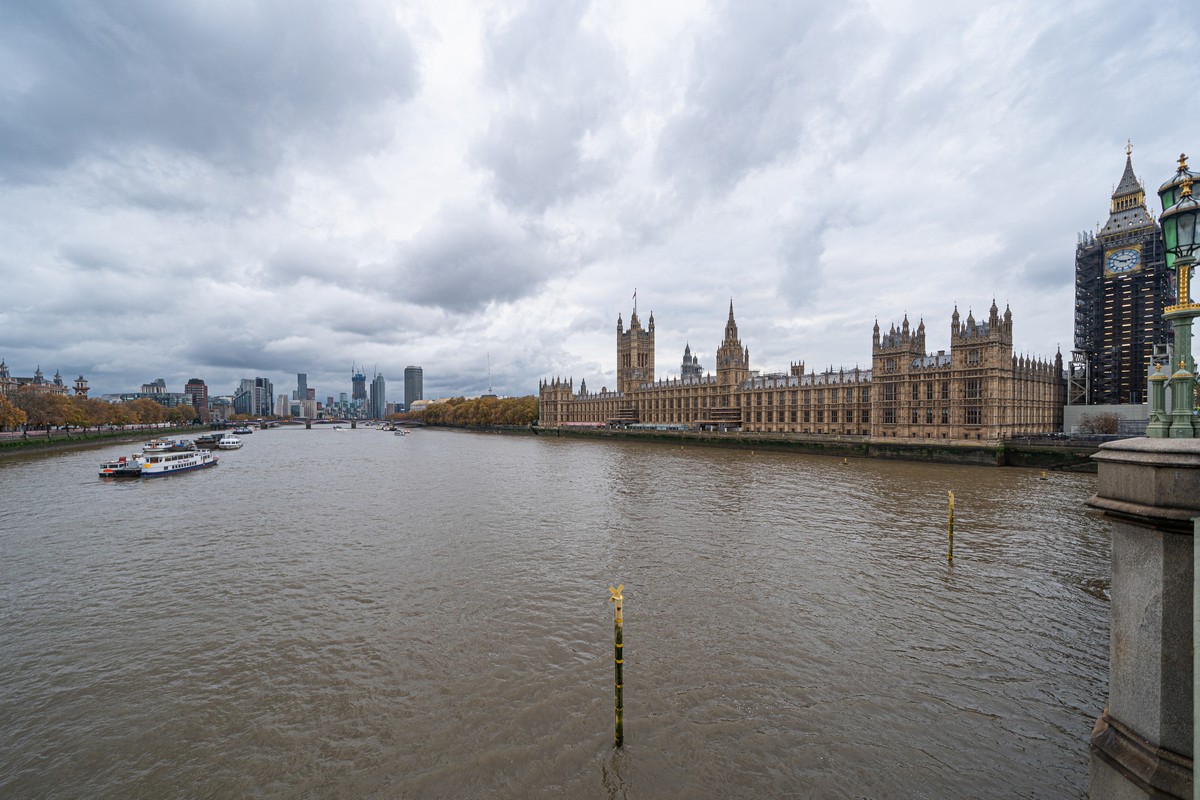 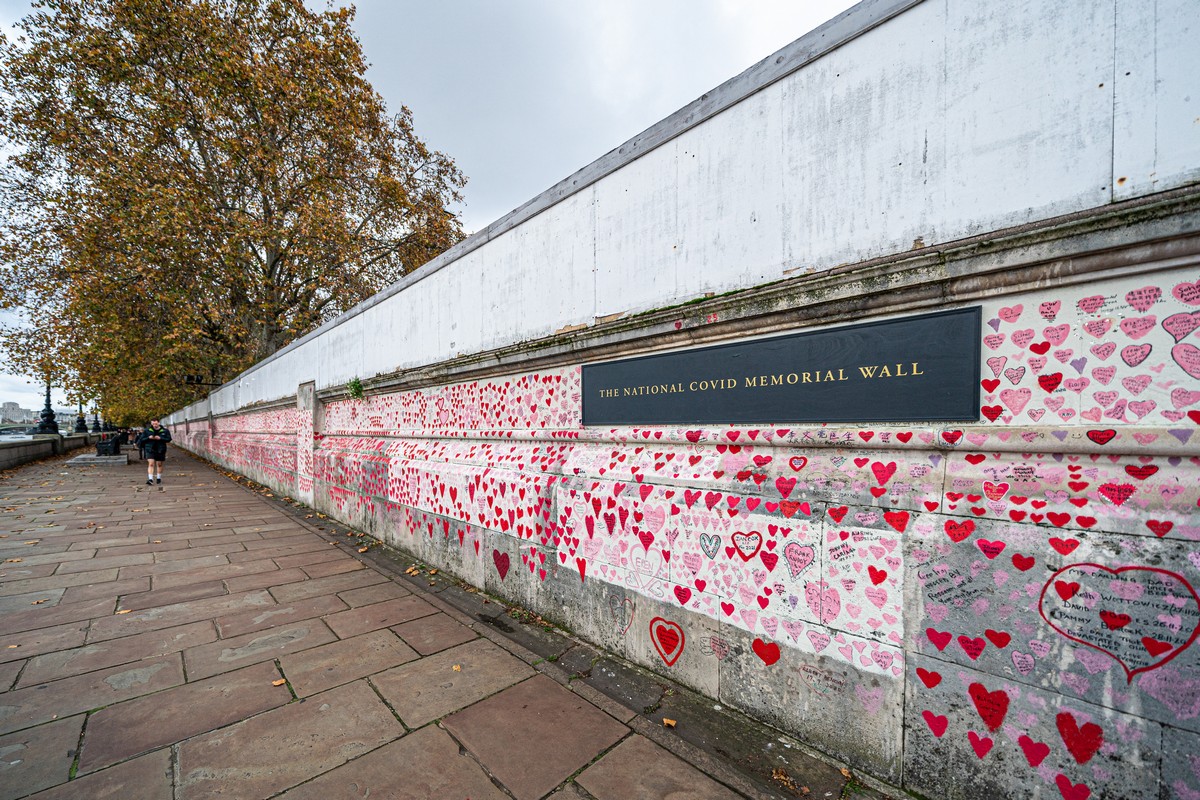 Alas, the famous red telephone boxes are dying out. This one’s even got… a tree growing inside it! ->

There’s even a branch growing out the top! -> 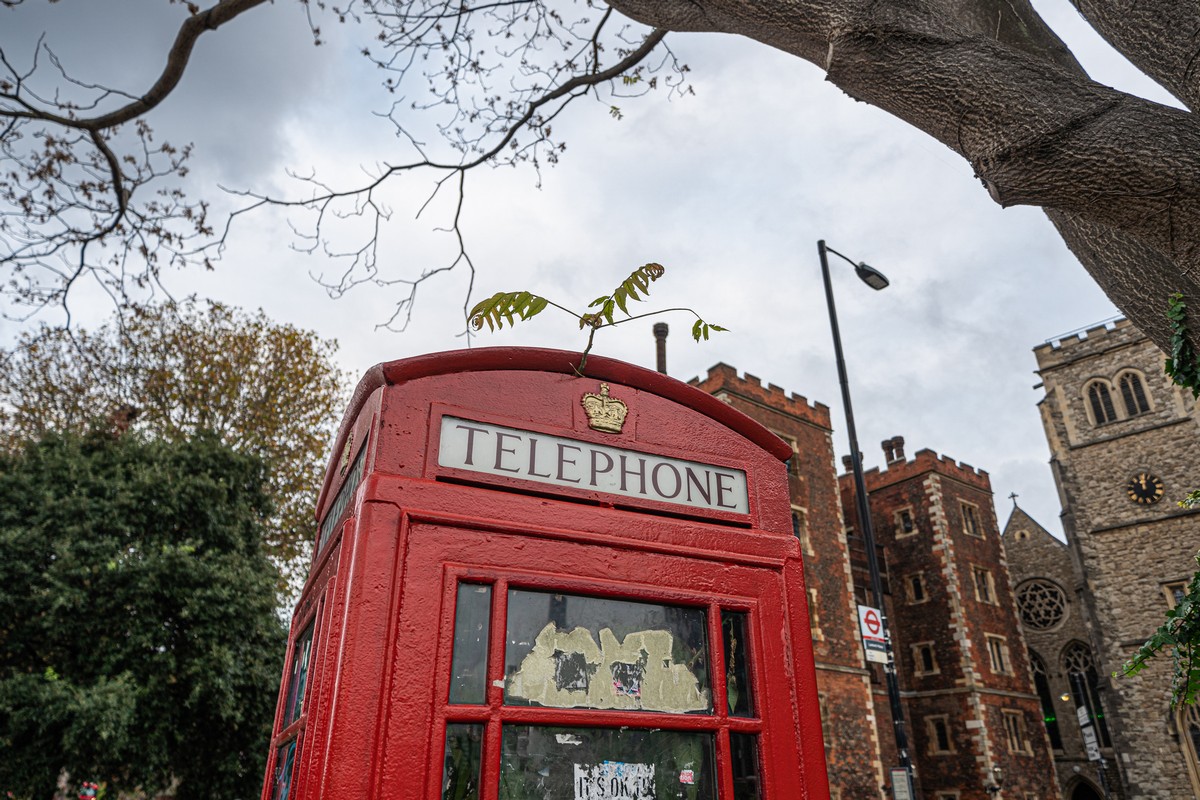 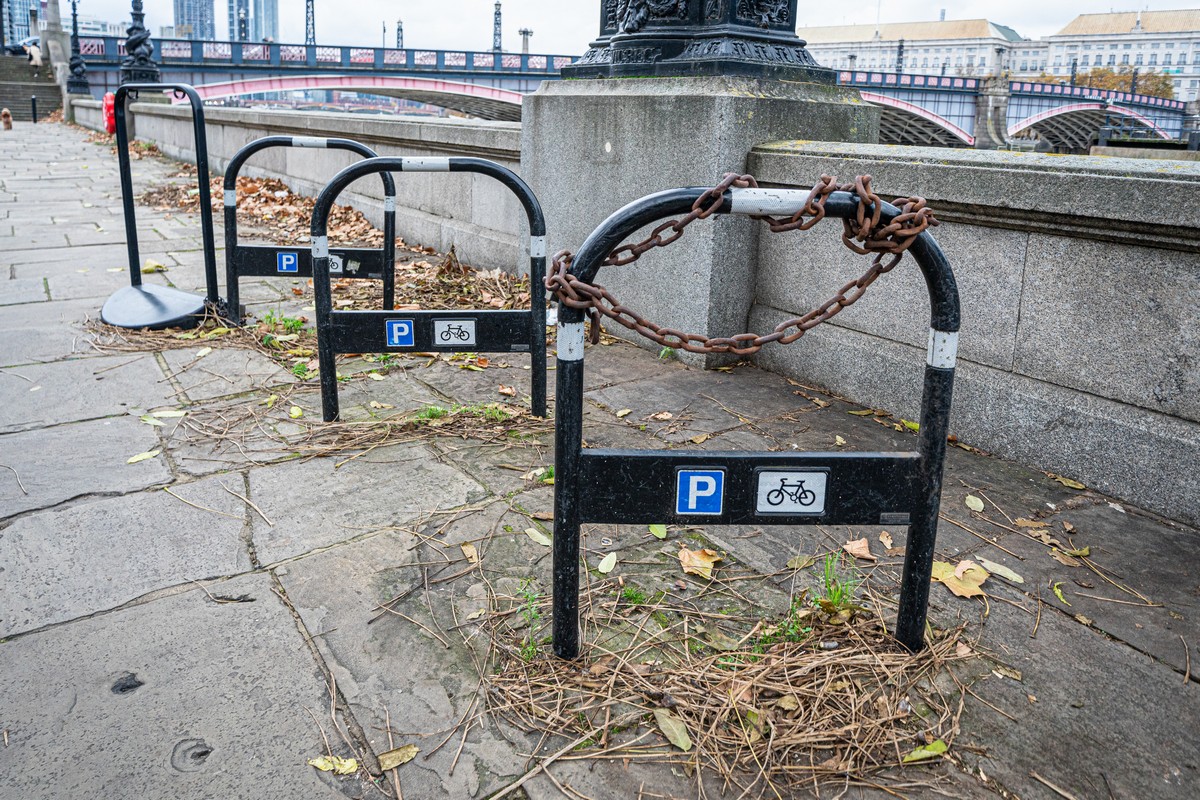 This building always reminds me of the cool British film FAQ About Time Travel (not seen it? Do so!). The house in the movie is smaller, but it still looks like they could be ‘twins’! 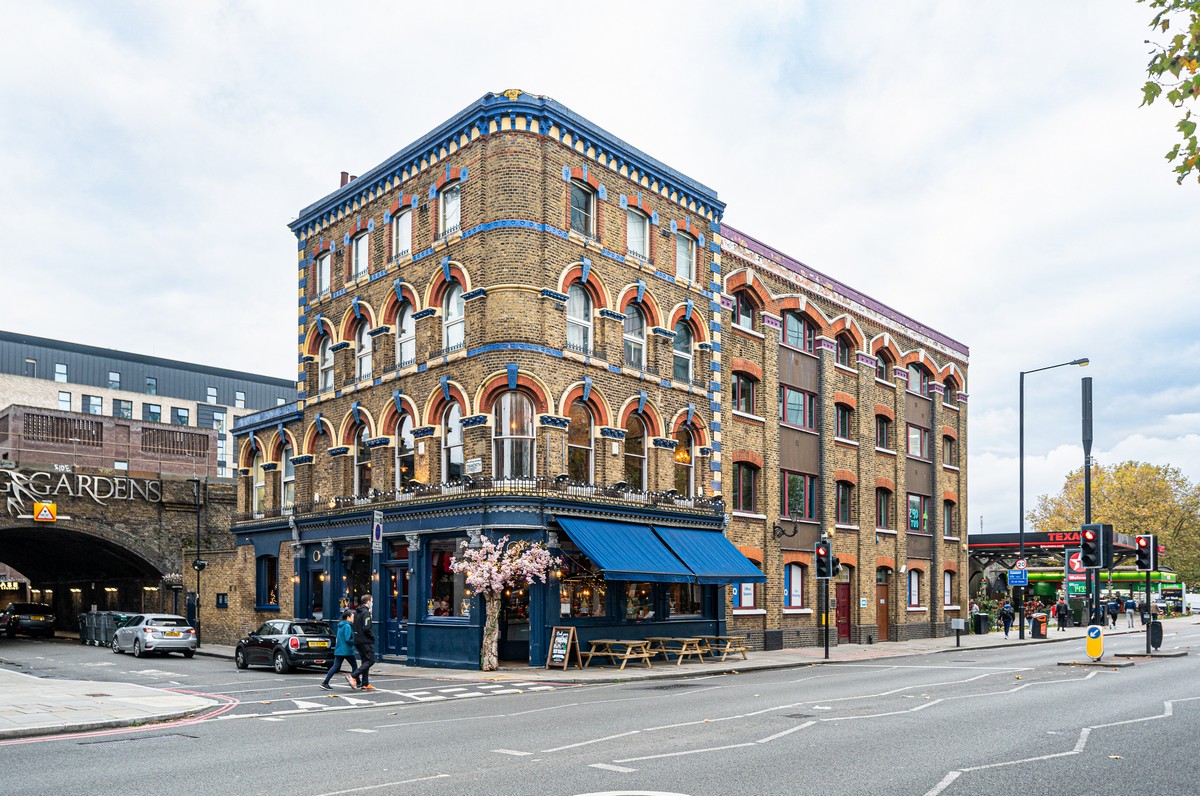 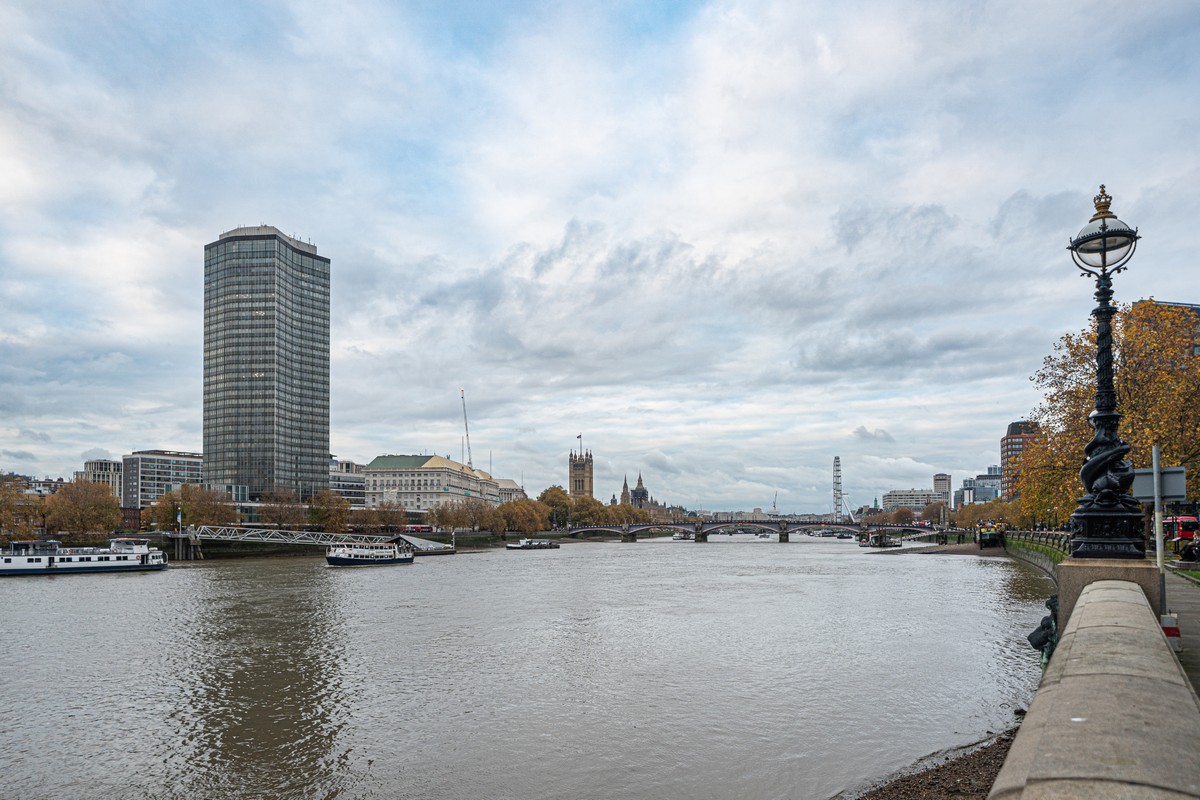 And in the other direction – Battersea Power Station comes into view… 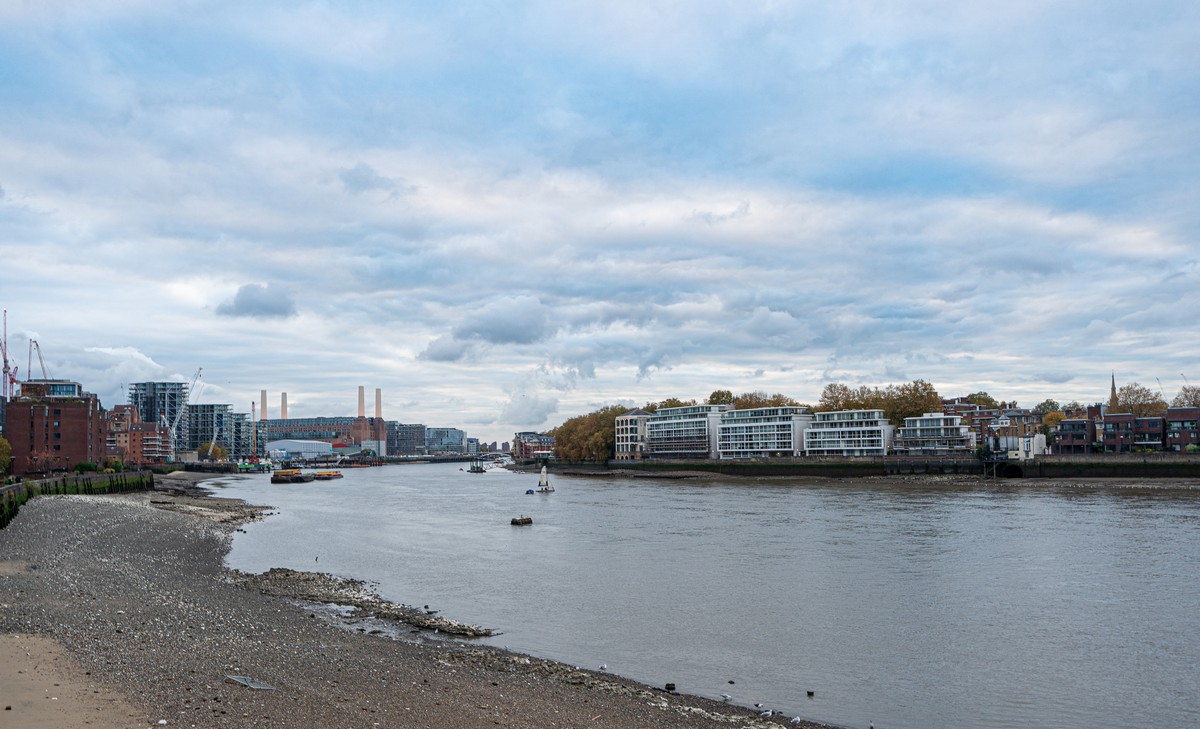 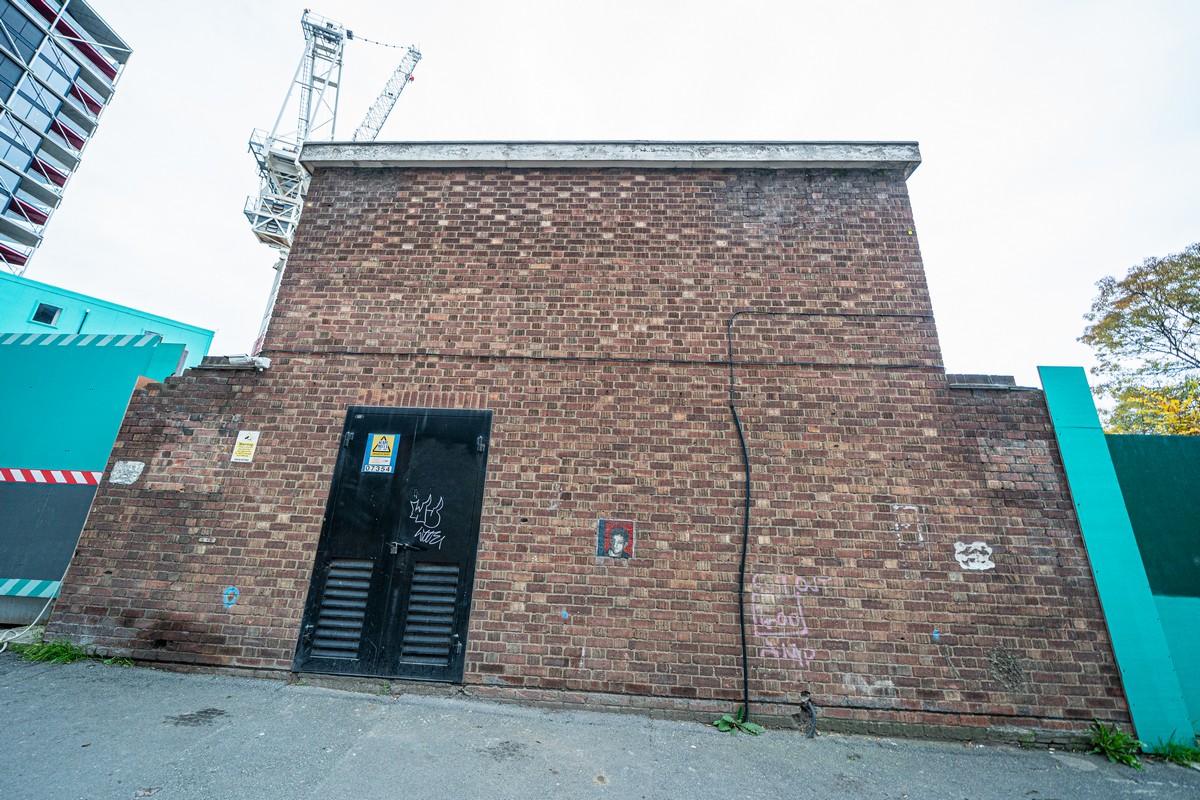 Wait. But… How did he get here?! It got me thinking – better to be on the outside on a wall, than on the inside behind bars… 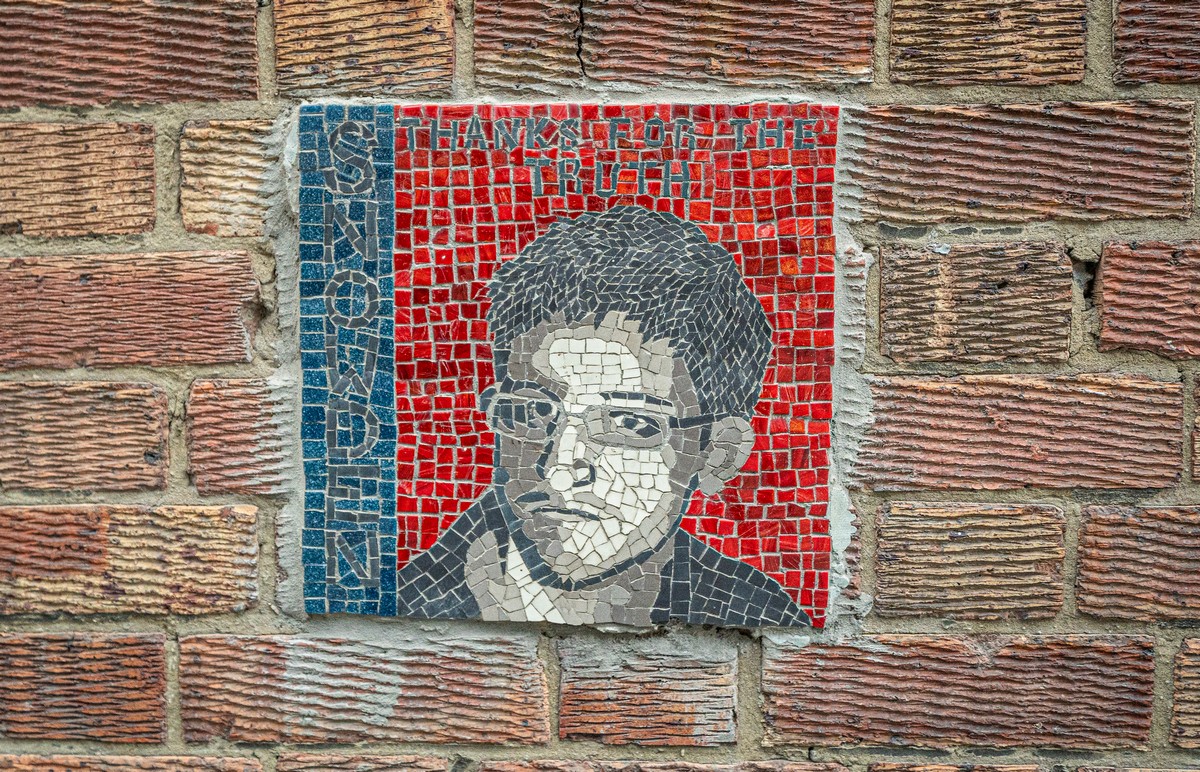 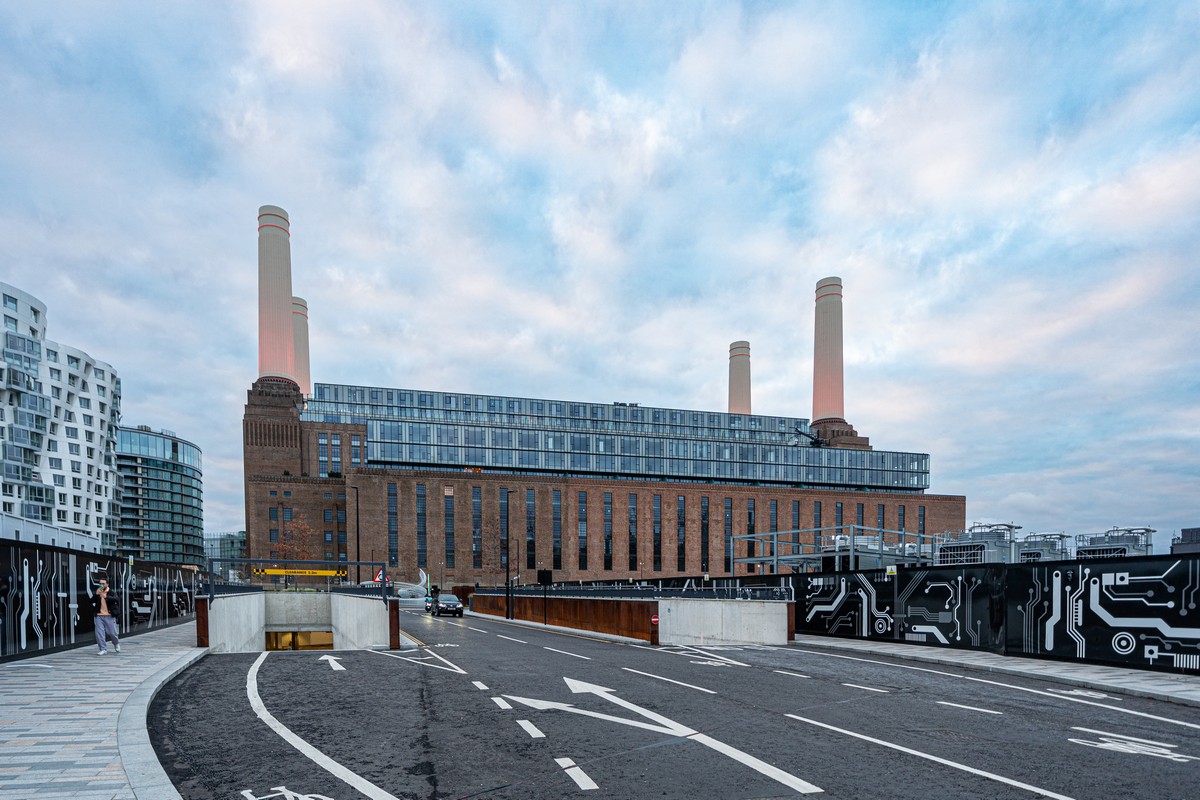 However, as my travel companion, OA, pointed out: ‘Such a dominating architectural landmark really deserves plenty of space around it’. Come to think of it – he’s right: the modern office-shopping-residential complex built in recent years next to it is practically flush – it does take something away from the grandiose aesthetic. Still, I’m no city-planner/designer/architect, so what do I know? )

The view along the Thames: 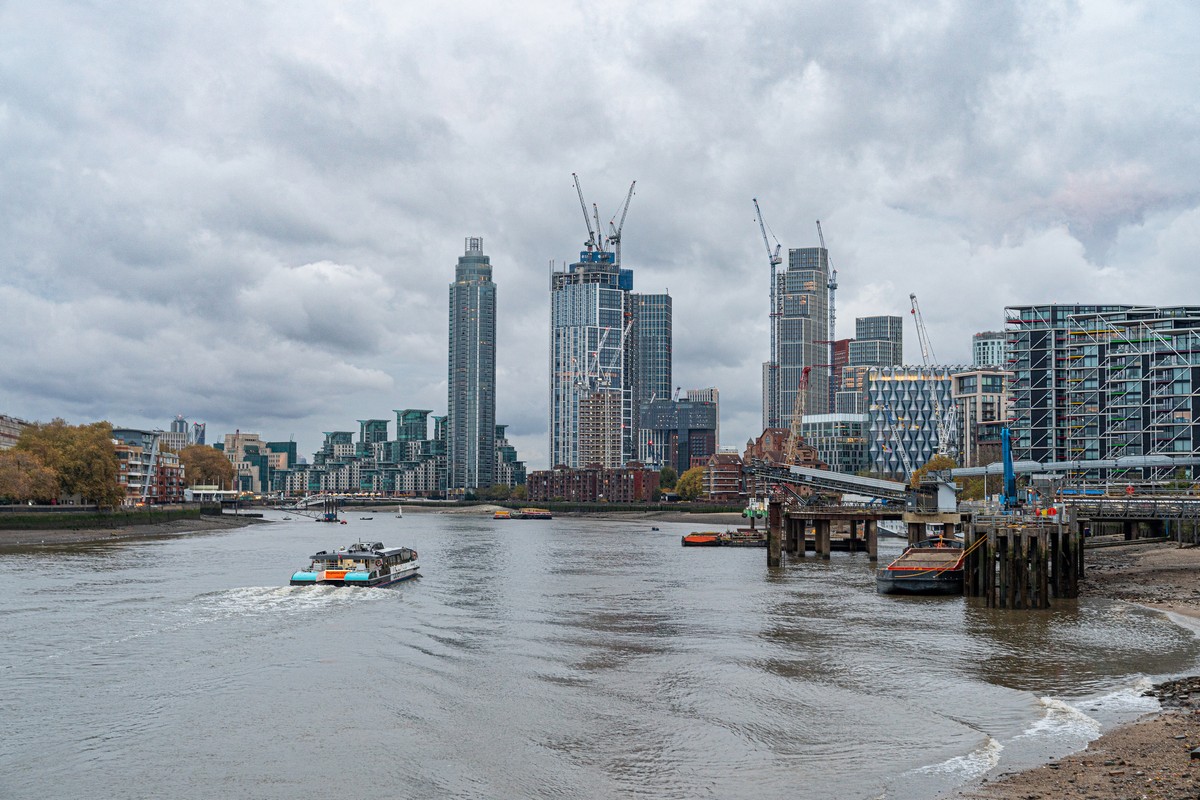 And another look back at Battersea, after the pink lights become more noticable. Hmmm. I wonder why they chose pink? )

Just one thing missing: the pig on the wing ). 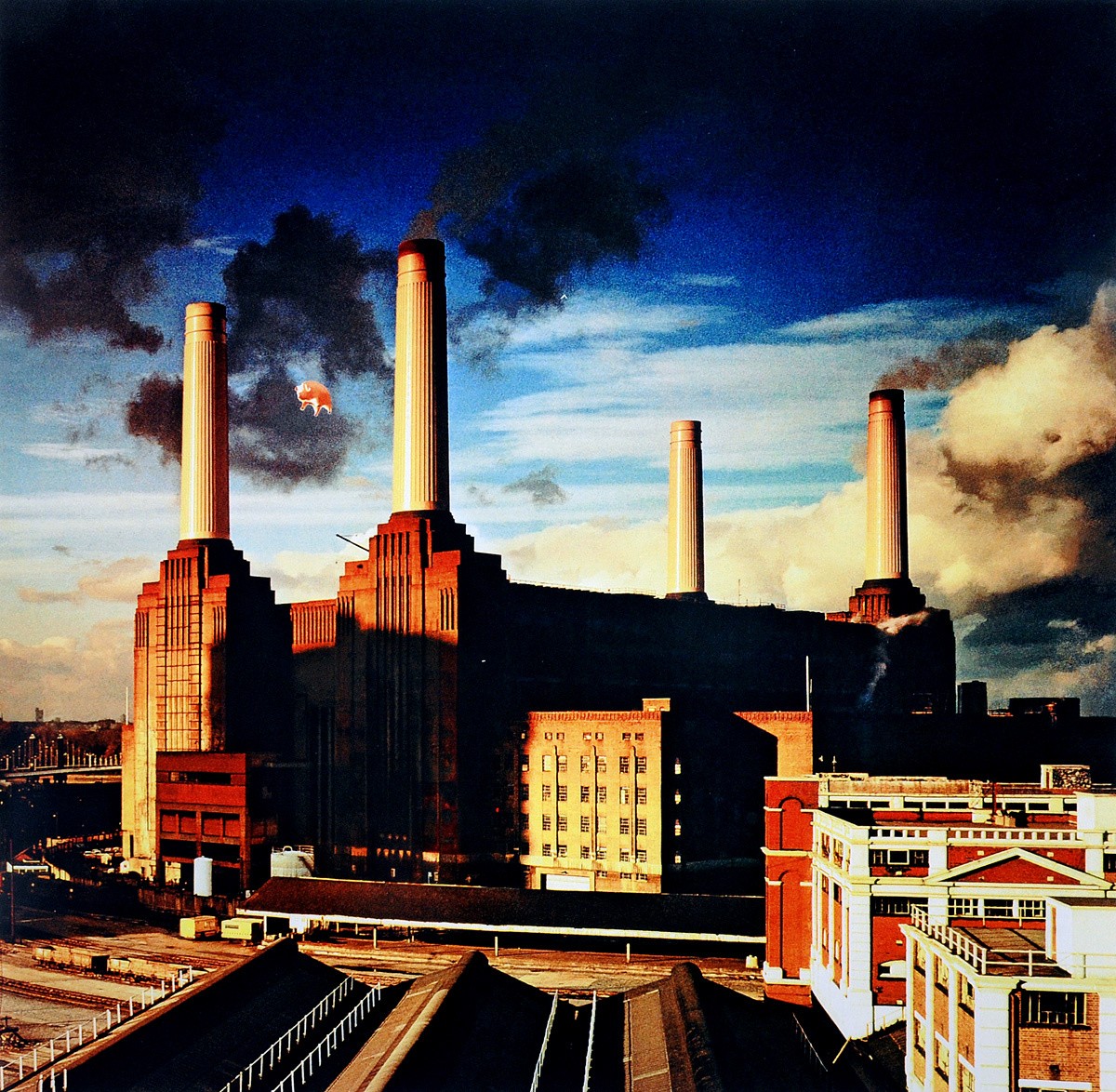