Onward, west-ward… I continue my tales from the permafrost side on our Magadan – Moscow Road Trip. In this portion of words & pics – the first segment: to Yakutsk via Oymyakon along the Kolyma Highway. So stock up on your levels of patience, for there’s a lot coming up; lots and lots – tons! I mean, you know I’m normally fairly trigger-happy with my camera (if that’s a thing), right? But on this leg of our journey? Well, since there was such a high concentration of overwhelming impressions and searing emotions, the resultant quantities of photos and videos taken – it got a bit out of hand: all sense of proportion having been lost. For it turned out that, unexpectedly, the road from Magadan to Yakutsk is something utterly, fantasically unusual.

Getting to Oymyakon isn’t quick these days. The nearest airport, in the nearby village of Tomtor, was abandoned long ago. The drive from Yakutsk takes two days; from Magadan – three. We were bracing ourselves for the three days of weary monotony necessary to get ourselves to the world’s coldest settlement. Little did we know – we needn’t have!… 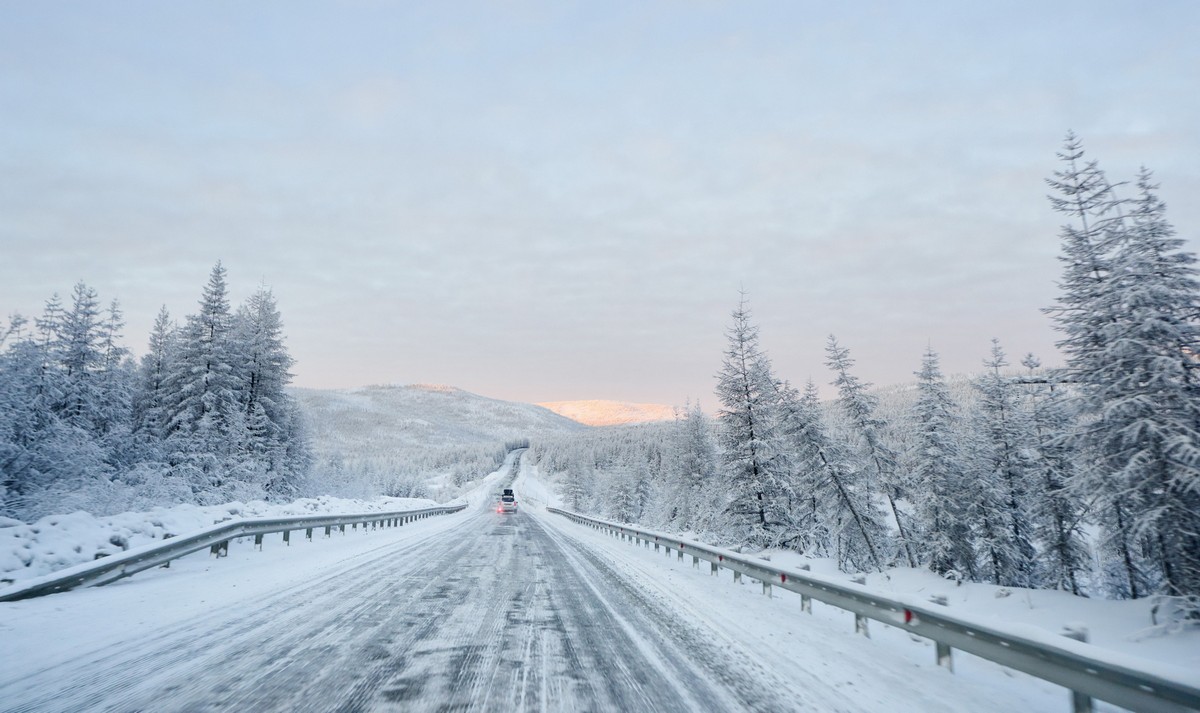 The winter-wonderland-fairytale began earlier than when we reached Oymyakon – much earlier: after the first sunrise and once we’d crossed our first mountain pass. The world stopped being gray; it became white and silver; and golden – from the low sun. 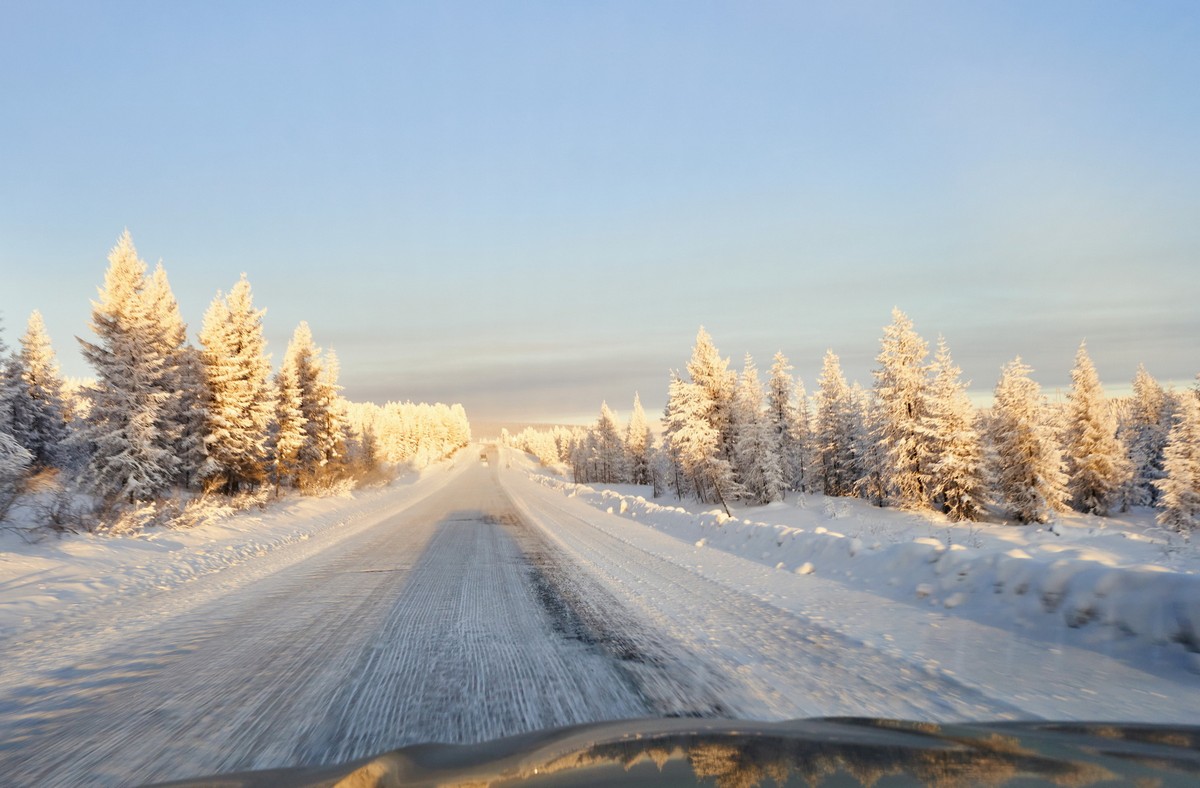 The first amazement-fascination came simply from how beautiful everything was. Unexpected, unpredictable, unbelievable: the Kolyma Highway is simply magical! 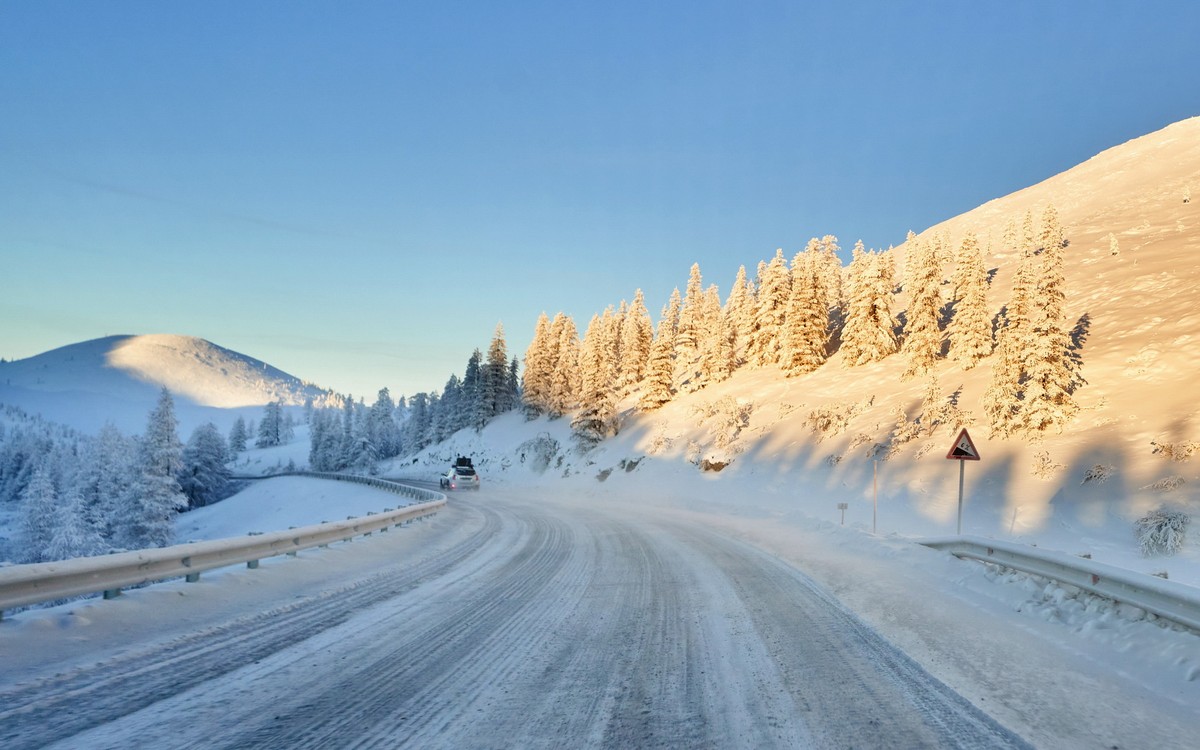 It’s just so stunning – almost to the point of euphoria – driving along a highway through a completely white world. The road rises up a bit, hour after hour, then a little to the right or left, down again and straight on – and the white fairytale scenes never stop. How far we’ve gone or have still left to go is ignored. Another descent, and into an icy fog… 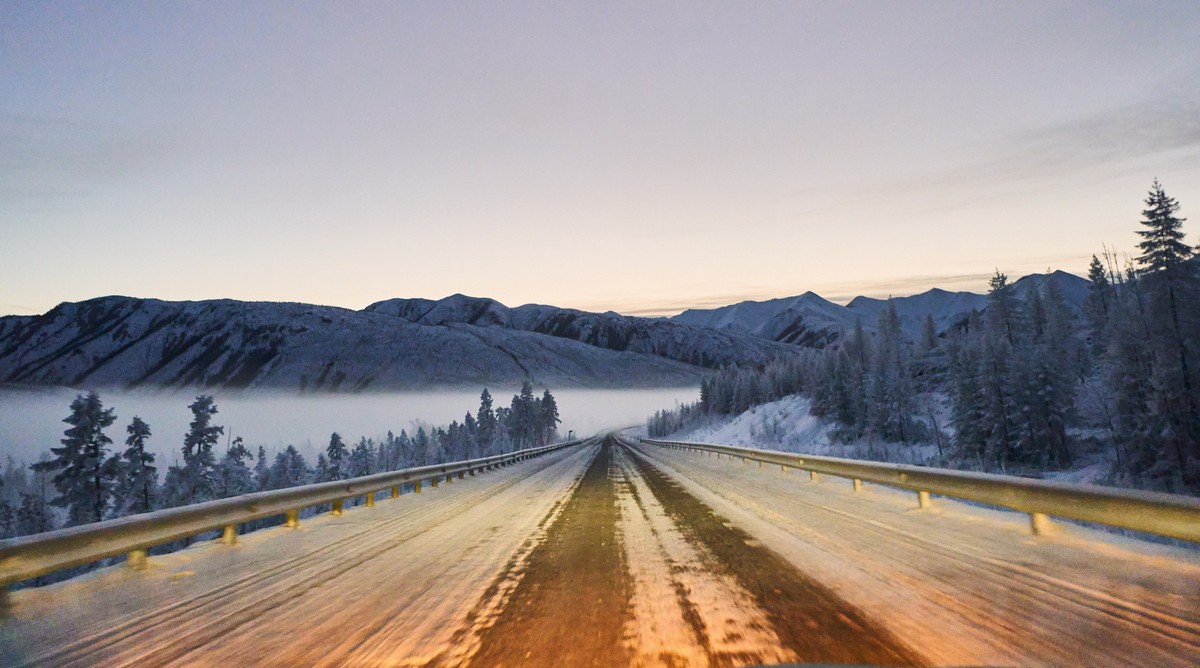 For several days it never got warmer than -50°C (-58°F). Later it did. But it was this first ultra-cold leg of our journey that was most ultra-entrancing.

But once we’d covered a reasonable distance from Magadan, the security blanket that is the Sea of Okhotsk was slowly pulled away and we entered an altogether ‘other’ world. The temperatures outside (not inside the cars, phew) dropped steadily – the thermometers going down past -30 and then – faster – further and further down. We were lucky the first day: it never went below -40°C.

On the first day we covered some 700 kilometers to the town of Susuman. And along those 700 kilometers that separate Susuman and Magadan there are only five little settlements: Palatka, Atka, Orotukan, Debin and Yagodnoe. In three words: far, desolate, cold. Early on there’s a fourth word to add: asphalt. Later it needs dropping – instead of asphalt there’s mere gravel (handily covered in smooth ice!). Then…

Then – the first of the hills, including one named Deduskhina Lysina (Granddad’s Bald Head!). This is where normally the temperature falls sharply to -40°C or below. But, like I say, we were lucky – a ‘comfortable’ minus thirty was rolled out for us ). Around here is also where everything turns white. Incredible, extreme, serene scenes. 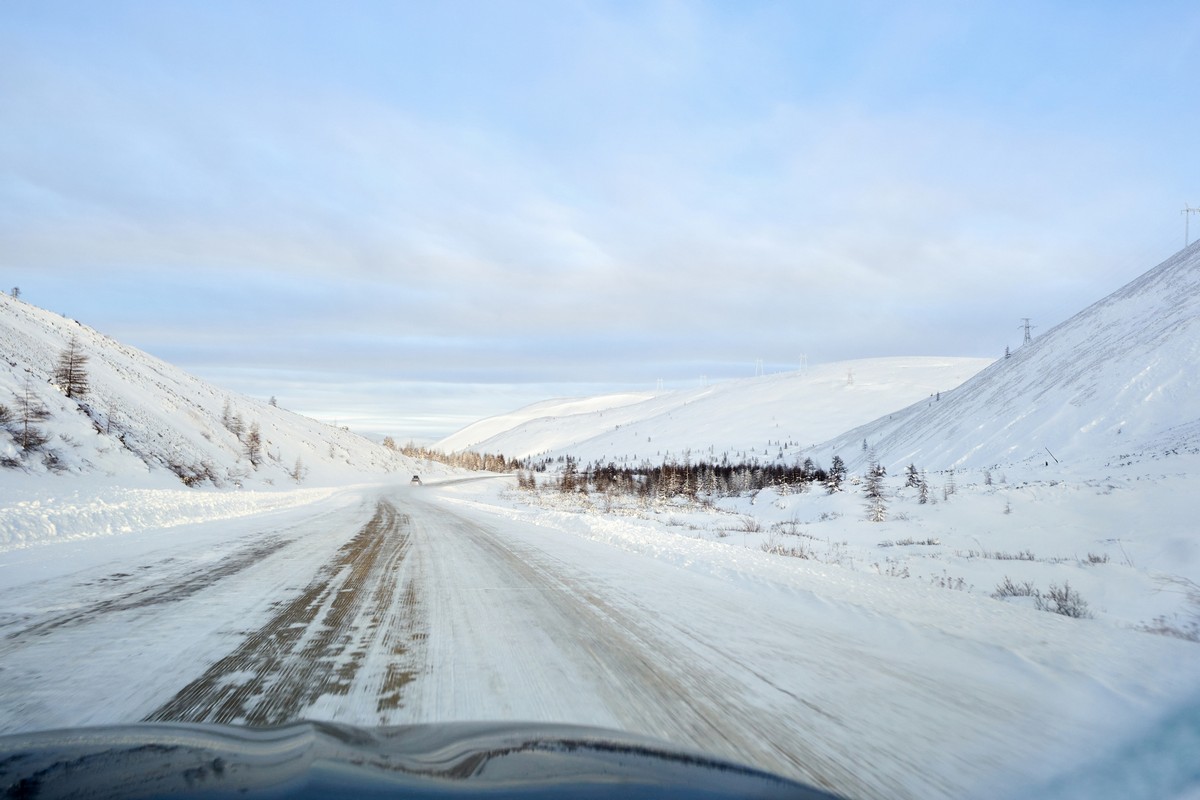 As we set off in the morning on the second day it was -40, but come afternoon we hit our first -50! Oh my glaciation! Everything – trees, signposts, safety barriers, telephone lines – all of it completely covered in white hoarfrost: 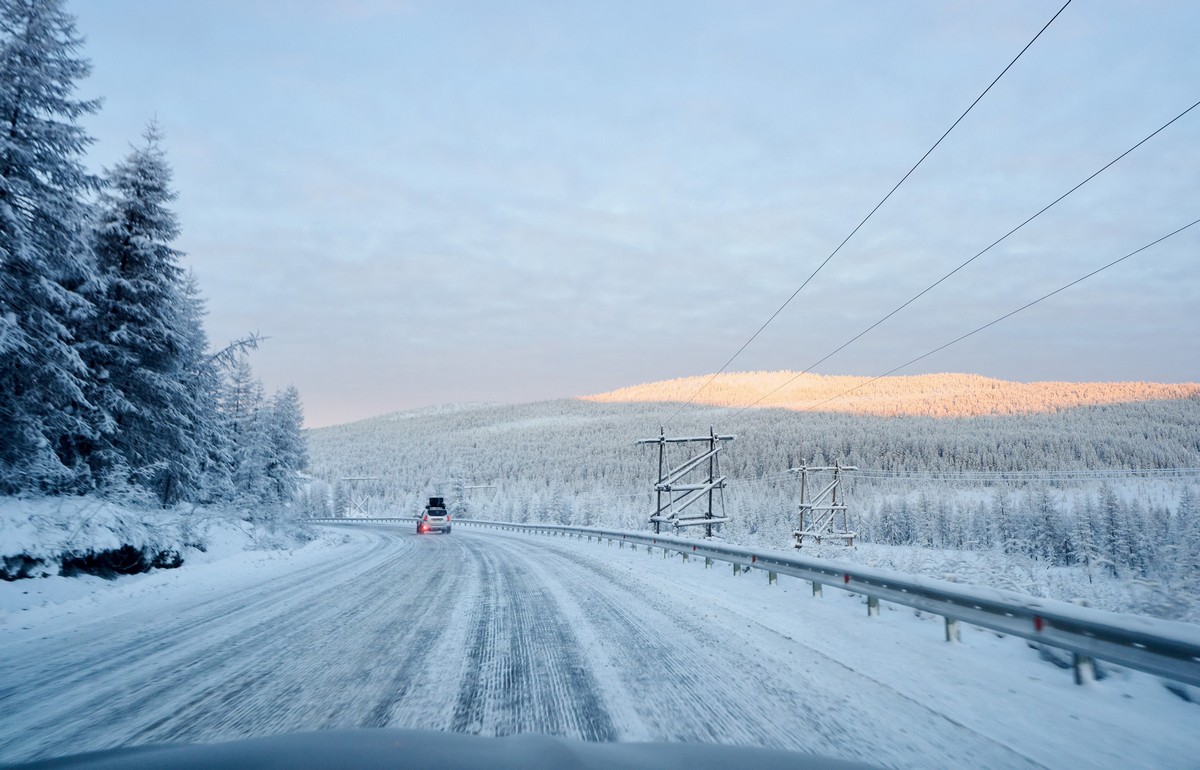 On, and on, and on. Hypnotic. With hardly any need to slow down to take a turn, you get into a groove: the car basically drives itself while you stare at the road ahead – trance-like!

Occasionally we stop at the most beautiful spots, on the tops of hills or at vantage points where the views were impossibly out-of-this-world. Out come the cameras, and out come the gasps of astonishment at the surrounding vastness, whiteness, awesomeness…

Alas, daylight is short-lived each day. The sun would come up around 09:30 (but it would be hidden behind the hilltops), and it would set around 15:30. That gives just six hours of daylight: woefully little time for photography stops. Still, the scarcity of light hours meant that when we did stop each minute was treasured: it was straight down to the business of serious snapping; no aimless, frivolous activity (too cold anyway!). 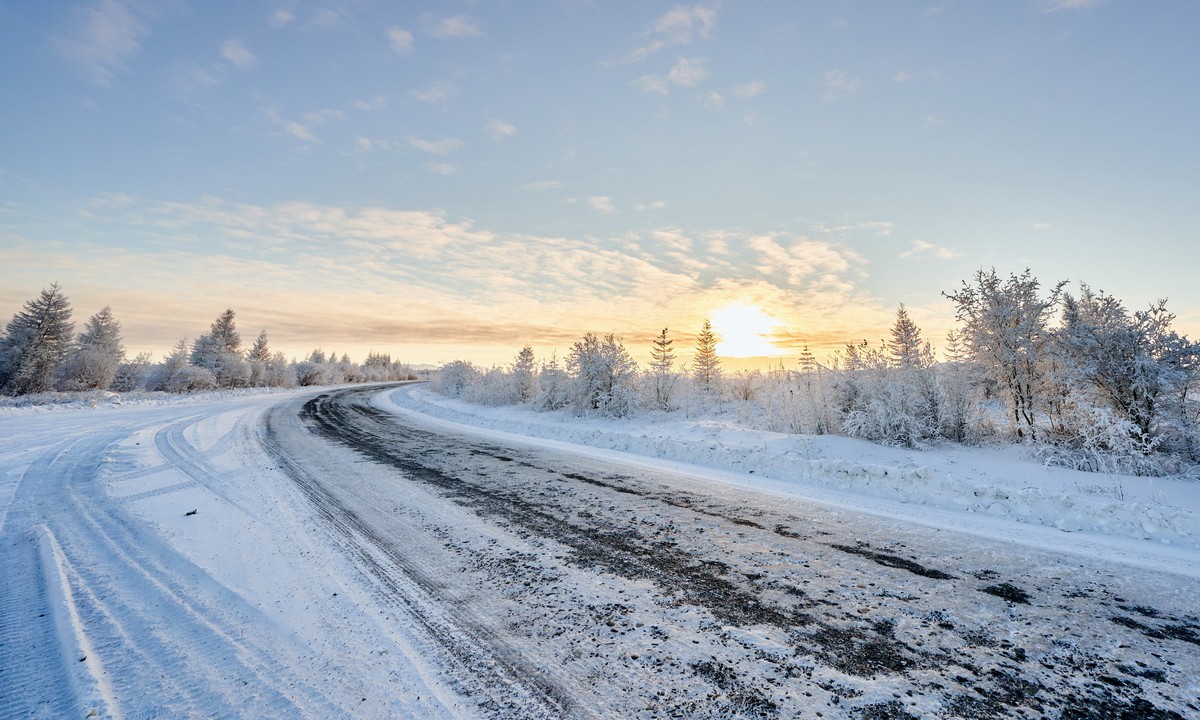 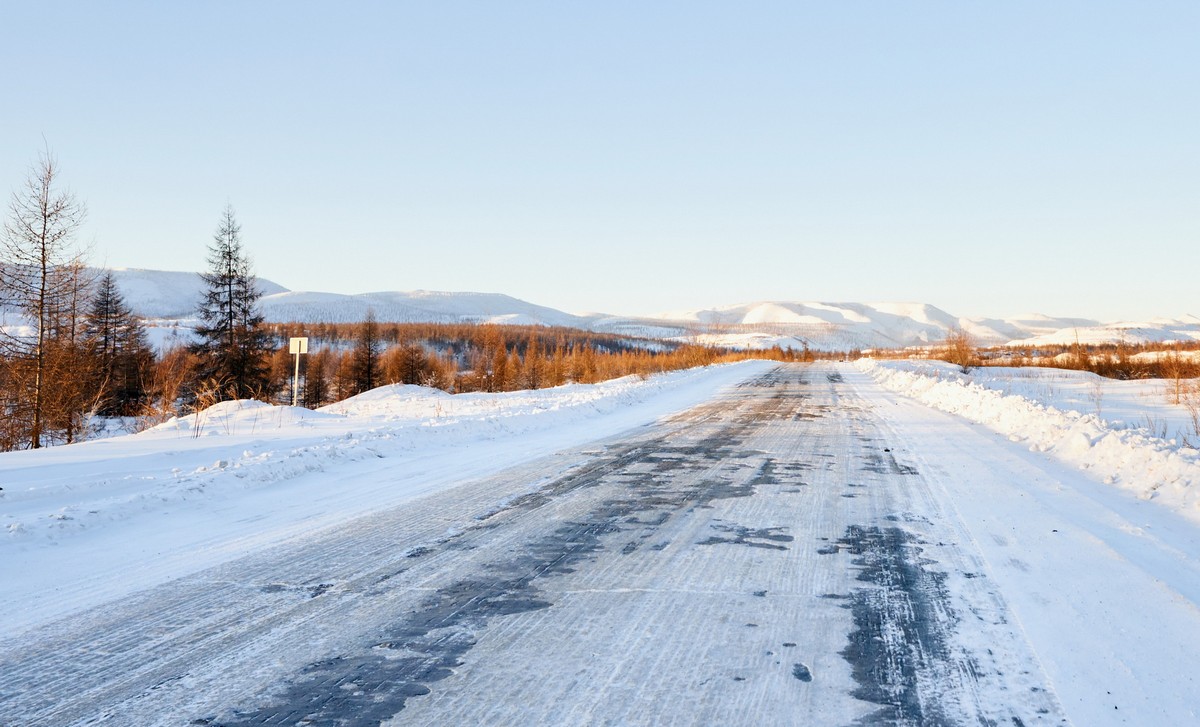 And the road is completely empty – no one on it except us. Until!… 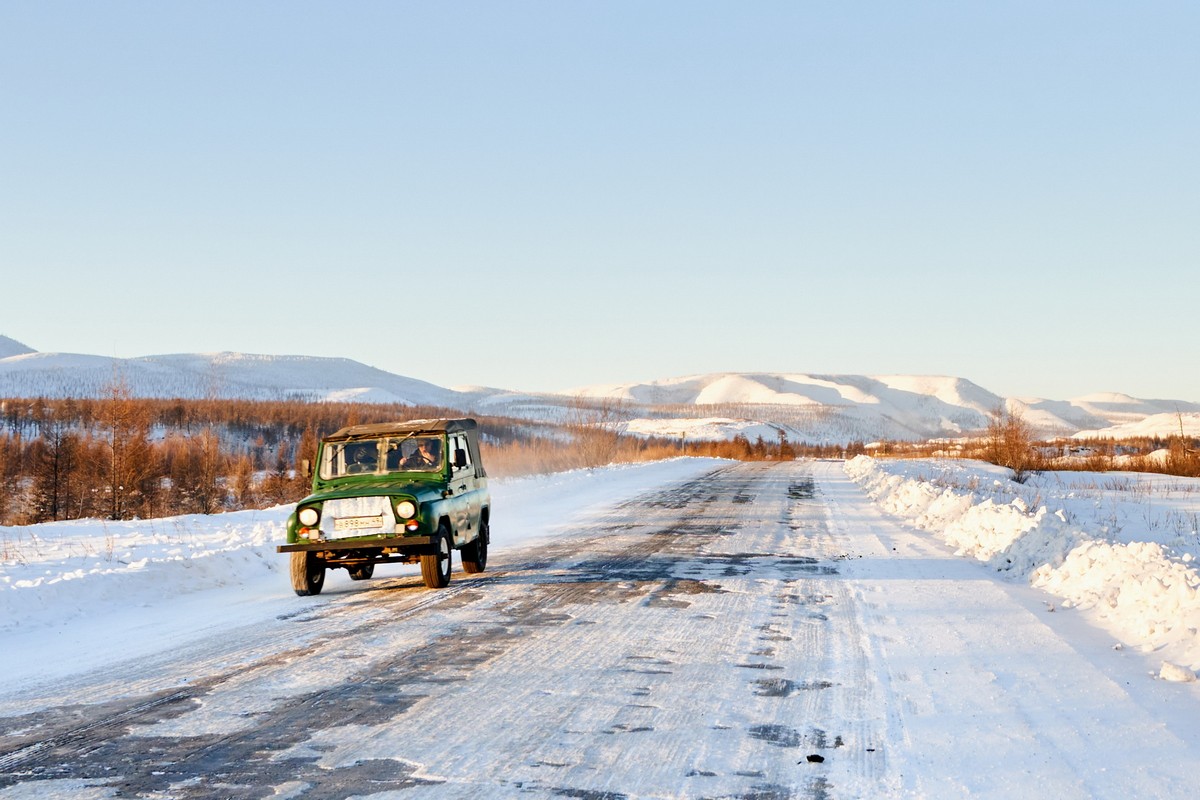 Naturally, out came the camera for this once-in-a-blue-moon event! And can you see the driver rubbing his chin there in amazement at seeing our convoy heading the other way?!

And that was how we rolled.

Now, you got another seven hours to spare? Yes? Then check out the dash-cam vid of the Susuman – Ust-Nera leg. The times given are MSK minus five hours, btw.

Not got seven hours? Then for you – the highlights! ->