Back with more K cyber-nostalgia – this post takes us back to a very special year for the company – the year of its founding! And as you can see from the date on our company registration certificate – that founding took place on June 26, 1997: 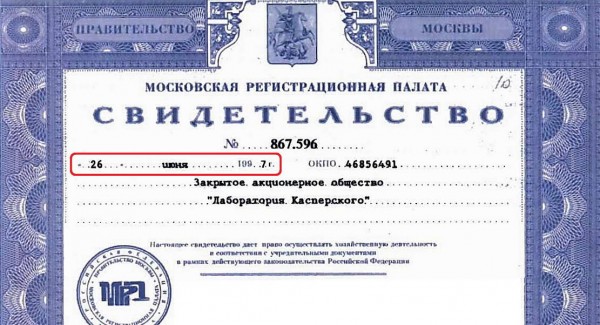 And that’s why we have our yearly mega-birthday-bash every June July (don’t ask; what’s a month among friends?!) – only not this year: the first time we’ve ever not had one. Shame. But what can you do?

I remember our first birthday party the following year in 1998, in a fairly rough bowling alley. Not too impressed with such a setting, we made amends the following year – already branching out into the countryside surrounding Moscow, where it’s been every year since, and where I really hope it will be again next year. 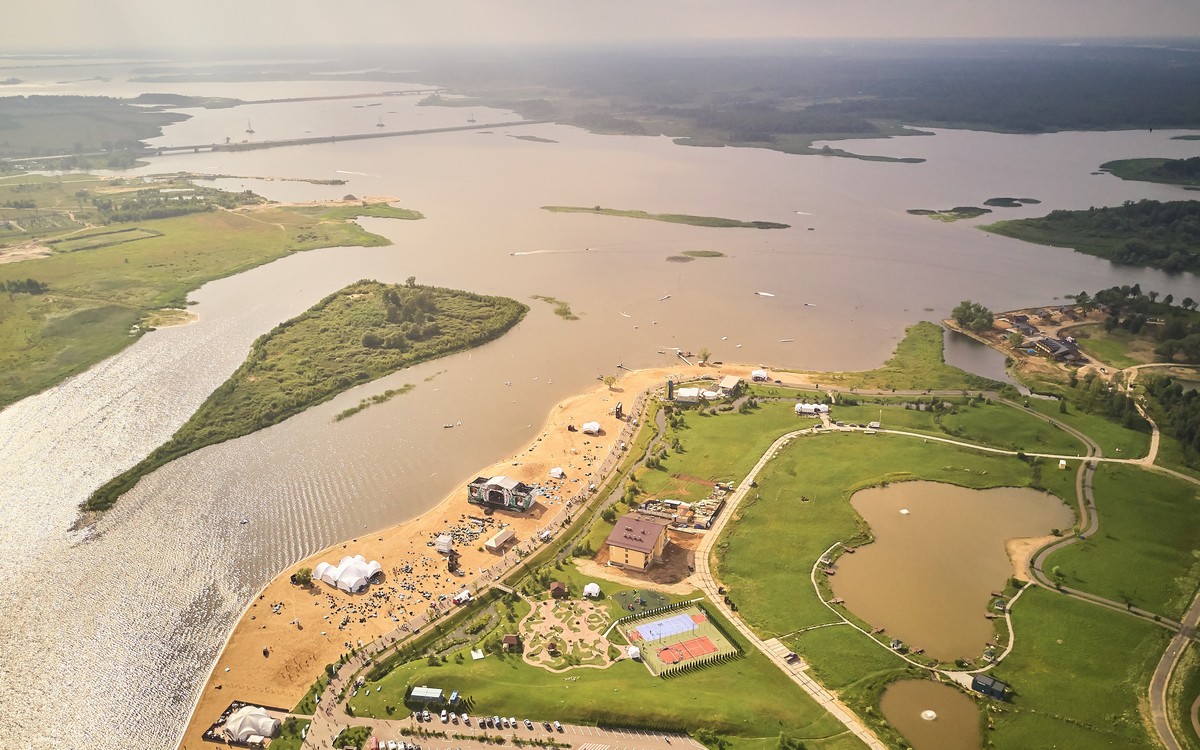 Here’s another curious K-tale from the summer of 1997…

Leading up to the registration of the company we were having trouble deciding on a name. My ex-wife and ex-business partner Natalya Kaspersky suggested ‘Kaspersky Lab’ but I really didn’t want my surname to be used (far too modest and shy; joke!). Still, as history shows, it was in the end opted for. I was eventually persuaded by her when she told me how my (our) second name was already a little bit famous (our early products had been around a while, there were my published articles in printed magazines and on the internet, plus my public speaking appearances and various other media activity), so taking advantage of that ‘head start’ made a lot of sense – it would save us lots of money on promotion of some new, totally unknown brand. In the end Natalya said that ‘KL’ was her best shot at the best name. If I wasn’t sure, I had to come up with a different – ‘better’ – one. I didn’t have one, so we stuck with KL ).

Yet still to this day, I shudder a tiny bit inside whenever I hear my surname used when referring to the company or our products or services. I’m not sure I’ll ever be 100% comfortable with it. Not quite sure why… Oh, and btw, if ever you see a text with the name of the company in full in it (now – ‘Kaspersky’; formerly – ‘Kaspersky Lab’), you can be sure it wasn’t written by me. If you’ve been reading this blog for a while you’ll have noticed I never write my surname the company name out, always preferring just ‘K’, (formerly ‘KL’). Ok, the odd product or service name I may give in full just once when introducing it for the very first time, but besides that – no thank you ).

So, where was I? Ah yes – 1997. Just about to be registered KL, feeling confident and optimistic…

Confident and optimistic in all things cybersecurity/software, plus selling it (already around Russia and in Europe and America), but when it came to legal matters we had pretty much no idea. So, like, how do we register the firm? Fortunately our neighbor where we used to live gave us a hand. He knew just what to do: he prepared the paperwork, and accompanied us one day to a local law office. Unfortunately no pics have survived from the day. Or maybe we didn’t even take any – who knew this tiny new company with a startup capital of a handful of rubles would snowball as it did?! We sure didn’t. I did state our mission earlier than 1997 – ‘to make the best AV in the world’ – but that didn’t envisage a global company with more than 4,000 employees in offices in 30 countries somehow. We were just trying to make ends meet in 1997, with no investors, no potential investors, no strokes of luck – just hard work!…

The first months of our existence as a registered company were indeed a lot of hard work, and sometimes it felt we were ‘living on a prayer’ (yes – like in the song!) as opposed to on a regular income . I’d stopped my contract work for Sophos, the Finns (Data Fellows/F-Secure) hadn’t started paying us yet (but they did lend to us), and we had 15 salaries to pay every month. In short, this led to the early KLers not being paid on time. Ouch. Oof. It nearly got ugly, with a group of employees at one point picketing Natalya’s office with placards with ‘We really want beer!’ on them, who ‘greeted’ her when she returned from lunch one day! Like I say – almost ugly. But we somehow managed, scraped by, and did always pay those salaries, albeit a bit late when we were at our very lowest ebb.

We took our second major steps forward (the first were our constant wins in independent antivirus testing, since 1994). It was then when the monopoly of DialogScience over the Russian AV market (particularly the home-AV one) came crashing down, and we gradually grew to take over as market leader. This occurred mostly due to the fact that we (finally!) had a version for Windows (which was also very resource-lite and convenient). Competitors had just a version for MS-DOS. There was also the help we got from the ‘free’ promotion of our product via… pirated CDs sold at infamous places like the Gorbushka shopping center on the outskirts of Moscow (actually, at one point – also in the forest next door to it, where stalls would pop up every weekend selling nothing but pirated… anything:).

Wait – we were ‘helped’ by software piracy? Yes sir. Pirates in the wild 90s unexpectedly copied, distributed and sold our product (not that we got a cut of the profits!). And sellers on market stalls and in kiosks would readily recommend us and only us! I remember one time someone even brought me a pirated diskette with our AV on it with a sticker with the text: ~’The coolest antivirus in the world’!

At the other – respectable (profitable!) – end of the retail spectrum, large government-owned organizations stated to take notice of us now and again. And even though our antivirus was by no means ready to be used in large, complex corporate networks, our products were nevertheless bought up as a kind of alternative ‘virus disinfectant’. They didn’t buy much, but those early purchases represented our first steps in the segment of heavy-duty enterprise-class solutions.

PS: In case you missed them – here are the earlier parts in this series: