Herewith, I continue my tales from the cyber-old-school side. You’ve already had the first installment – about when I caught my very first fish virus, about our first antivirus utility, and about when I decided to go it alone to become a member of a profession that didn’t really exist back then (as a freelance antivirus analyst).

So, after a few weeks as a freelancer – which was basically a few weeks of doing not much at all as I couldn’t find any customers – I decided I needed to get a regular day job again with a company. So what I did was organize a ‘tender’ between three private companies that had offered me work.

One of them (KAMI) deserves a separate post of its own, so here I’ll just go over its main features. It was a rather large, and very multifaceted import-export-and-a-bit-of-everything-else company, which had a computer department that eventually broke off from KAMI to become independent. Its boss was Alexey Remizov, a great guy who believed in and helped me for many years.

But, back to the tender. Now, if two of the companies told me something like: ‘Sure, drop by next week, let’s discuss your offer’, Alexey suggested I come to his office the following morning, and the day after that he was showing me where my desk and computer were, putting some money in my hand as my first advance, deciding on a title for my ‘department’ – the ‘Anti-Virus Department’ (or something like that), and providing me with two employees.

My first work task – firing both employees! They just weren’t right. And I managed this first task ok – no hysterics, no conflicts: I think they agreed with me they weren’t the right ‘fit’.

The computer department of KAMI was made up of around two dozen folks. But there was literally no money to be spent on computers! Therefore, the start-up capital came from sales of shoes imported from India, chocolate biscuits, the manufacture of a car alarm system, and systems of encoding TV signals (for paid TV). The only actual computer IT projects were my antivirus department and also a transputer department, which happened to be the most successful departments of KAMI back then.

What else can I recall from this time?

Actually, not a great deal, as I was too busy working 12-14 hours a day: I didn’t have time to take much notice of anything else, including politics. Still, let me think…

We rented our first office in… a kindergarten (!) in Strogino, a northwestern Moscow suburb. Later we moved to some premises in the Polytechnic Museum, then in Moscow State University, then a research institute, then another. We used to joke: in our early days the company went through all levels – besides high school ). 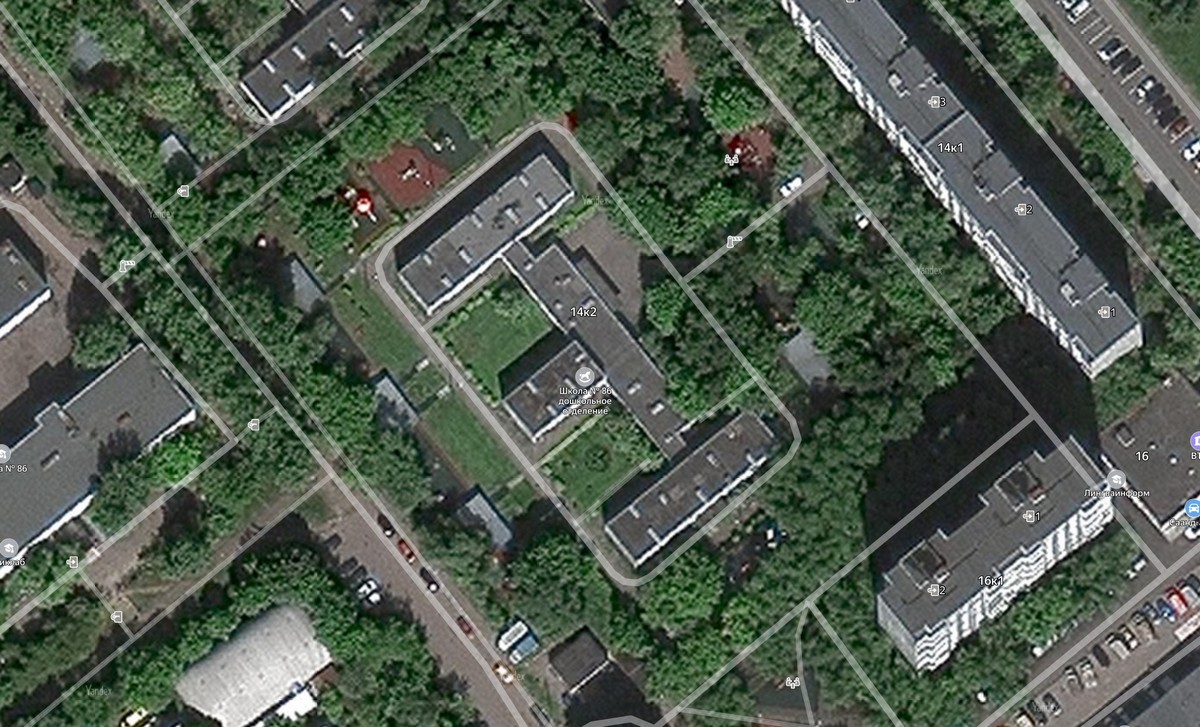 Our very first ‘office’ in Strogino

Btw: why all these strange venues as our office space? Well, back then, ‘office space’ was hard to come by – there wasn’t much ‘commercial office space’ as we know it today in the first place (remember, ‘commercial’ (as in private commercial business) was a very new concept in the final months of the USSR). What there was cost waaaay too much, and was hogged by the oil and gas industry and large multinationals piling into Russia. What there was a lot of was commercial office space (just ‘space’:) here there and everywhere – schools, universities, research institutes; the latter, btw, were already turning slowly, organically, into ‘business centers’ as we know them today.

I recall my first ever car – an old Zaporozhets, which I ‘purchased’ for the same price as the car’s registration!

I recall… a bet between Alexey (my boss) and his deputy – for one US dollar. The deputy bet on my antivirus department coming to nothing and having to close; Alexey – that it’d thrive!

Meanwhile, we were making our first proper steps toward thriving: the next version of our ‘-V’ utility had been compiled and launched (with no testing whatsoever!). And one evening – actually, on August 19, 1991 – we got on the metro and headed to the barricades at the White House.

A few months later, in October 1991, Alexey De Mont De Rique joined me as a ‘Specialist for a Broad Range of Questions Regarding Computers’ :). Alexey and I had known each other since studying together at the Kolmogorov School of Physics and Mathematics, now the Advanced Educational Scientific Center – Kolmogorov’s Boarding School of Moscow State University (notice how the looooong names have stayed since Soviet times?:). Oh, and I found a pic from back then: here we are, the Count and me, at our graduation ‘prom’: 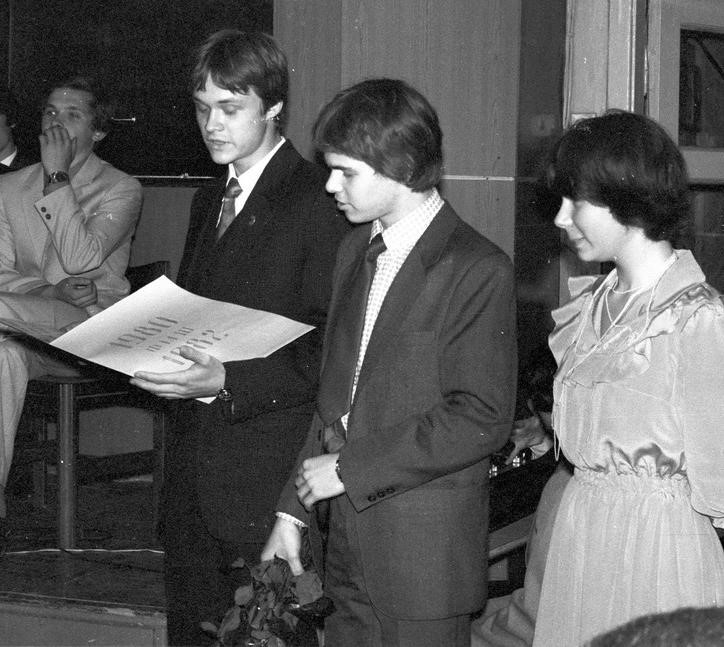 I think it was in the spring of the following year – April 1992 – when we were joined by Vadim Bogdanov, who I’d been introduced to by a mutual acquaintance some time earlier. He too worked on solving problems caused by computer viruses. Vadim had his own antivirus project at the time – Anti-Ape – but we agreed to work together in one team. Vadim continued to support Anti-Ape for a while, but then later gave it up as it wasn’t needed.

And that’s how things really got going: I ‘wood-pecked’ at viruses, Alexey worked on user-interface matters (for which he has a huge talent), and Vadim – the ‘Jedi of Assembler’ – developed the utilities and resident behavior blocker. Logically, it was from this point on there would be no more ‘me’ or ‘I’, but only ‘we’ and ‘us’.

Rewind a few months – to January-February 1992 – and Alexey and I had a meeting of historic proportions (no false modesty here!). I think I told you about it in a recent post, but I’ll state it again: we were at a tram stop on Volokolamskoe Shosse and Alexey asked me about what I think our objective or mission should be as a company. I replied simply that our goal was to make the best antivirus in the world. Alexey just laughed – the rascal! :)

It wasn’t long after that when a new, overhauled version of our antivirus program saw the light – Antiviral Toolkit Pro – the very first version of the product that later became the foundation of the business of the company. Up until this time we’d just released utilities – mere prototypes of this full-fledged version.

AVP 1.0 truly was innovative. Besides the multi-level interface and help system with demonstrations of the effects of viruses (only on the MS-DOS version) and the ‘bulletproof’ resident monitor for catching viruses on the fly, it came with the world’s first external antivirus database, with which updating AVP was possible without interrupting its operation and re-installing the product (before this a database would reside in the ‘body’ of the product). Moreover, inside the antivirus databases, besides the static signatures, were the micro-procedures of detection of viruses and the cleaning of infected files, which made the product super flexible and adjustable to cope with practically any new type of threat.

Btw: a very similar technology in Dr. Solomon’s Antivirus was awarded in 1993 the Queen’s Award for Technological Achievement – a rather prestigious accolade.

Updates were distributed via FidoNet (there was no internet yet back then!). Moreover, an antivirus database editor was built into the product, which allowed other security experts to add antivirus signatures themselves. Unfortunately, this unique feature went mostly unnoticed – practically no one helped us fill out our updates. And lastly, the product was the first in the antivirus industry to be able to detect polymorphic viruses using machine code emulation technology.

Finally (for today at least), for many of the above-mentioned technologies dozens of patents were taken out by other (mostly U.S.) companies. Back then we, alas, weren’t able to get into the whole patent thing: we didn’t have the resources or know-how for applying for patents, and we didn’t even have much idea that they might help protect our business from patent claims. How times change ).