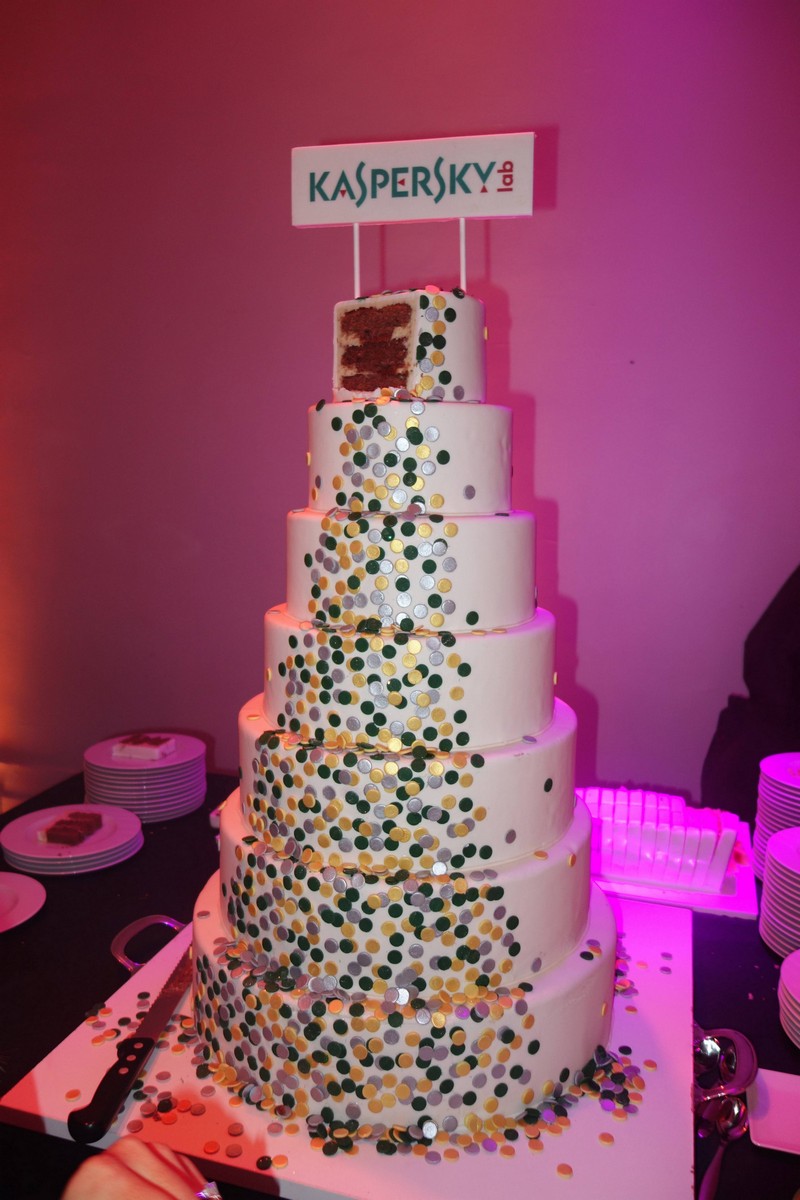 Why? To jog the memory – by going through my archives and photos I recalled all sorts of various stories. Like this hilarious one, which is probably hard to believe now. This is what happened.

It was back in the days when online banking was just getting started and serious cybercrime was only beginning to raise its ugly head; when people still had push-button Nokias and Sony Ericssons in their pockets and plane tickets were printed on paper (long sheets stitched together). It was November 2002, and me and a group of like-minded folks were about to head off to an important event in the Cote d’Azur area of France. It was late afternoon on Friday and we were due to fly on the Monday… Suddenly a letter falls into my box. // When an owl delivers a message it always means unexpected or sudden changes to plans, you know.

The letter contained a proposal for cooperation from the former director of one of our esteemed competitors. It turned out that this competitor of ours had rather blatantly broken their promises and basically dumped their local director who had built up their business in France. And, well, this director was now offering to go down the same path all over again and start a business with us.

It was a bit of a surprise to say the least! Fate doesn’t dish out opportunities like that very often. And we were already heading to France anyway! We absolutely had to meet! But to do so, we had to stay in Paris for an extra day and change our return tickets.

Nowadays you can change planes or hotels as much as you like, whenever you like. But back then it was a very different story because no one worked on weekends. The airline tickets had to be changed physically, not just in the database. Of course, it was all quite doable – you just had to go to an airlines office. And there just happened to be one on the way – we were flying via Paris and then onwards to Nice. And so, sometime in the middle of the day I arrived at the airline’s office on the Champs-Elysées. I got there literally 10-15 minutes before the lunch break(!) – yes, yes, then – and to this day – it was/is customary in France to close for lunch.

Lunch is sacred! Nobody in the office wanted to mess about with customers right before their break. They frowned a bit, but after realizing that I wasn’t going to leave and wait outside, they took my passport, credit card (I had to pay extra), tapped a few buttons on the keyboard and gave me a new ticket. I didn’t look too closely at the ticket (unfortunately), immediately jumped in a taxi and zoomed off to the station, because my Paris-Nice train was already panting and whistling and raring to go.

After that it was all business and press stuff. Oh yeah, I forgot to mention that there were a few of us. For example, my good old travelling buddy D.Z. was with us, and the former director of my company, my namesake N.K., all flew to the event. For some reason (I don’t remember why) we flew together, but then she flew somewhere else, and I went to the coast by train.

We got everything done that we needed to, all the meetings were successful, I was flying home in the morning, and N.K. had some other things to do and decided to take another flight later that day. I arrived at the airport check-in desk and handed over my passport and ticket. The employee at the desk read everything very attentively, then looked up at me and asked in surprise: “Natalya?”

Oops… – I couldn’t help thinking that it wasn’t a coincidence. I called N.K. and her ticket was correct – in her own name. Turns out those Mayan drummers at the Paris office had hurriedly (almost lunchtime!) printed off a ticket for me using N.K.’s name. I was in such a hurry to catch my train that I failed to notice the mistake.

It all ended well though. There was a bit of fussing around, some conferring and they eventually agreed it was their fault – and led me by the hand to the plane with a “dodgy” ticket. I’ve no idea how much fainting and confusion there was in our accounting department when they had to account for two “Natalyas” flying from Paris to Moscow just a few hours apart.

That’s just one of the many stories.

We’ve even done the European Parliament in Strasbourg: 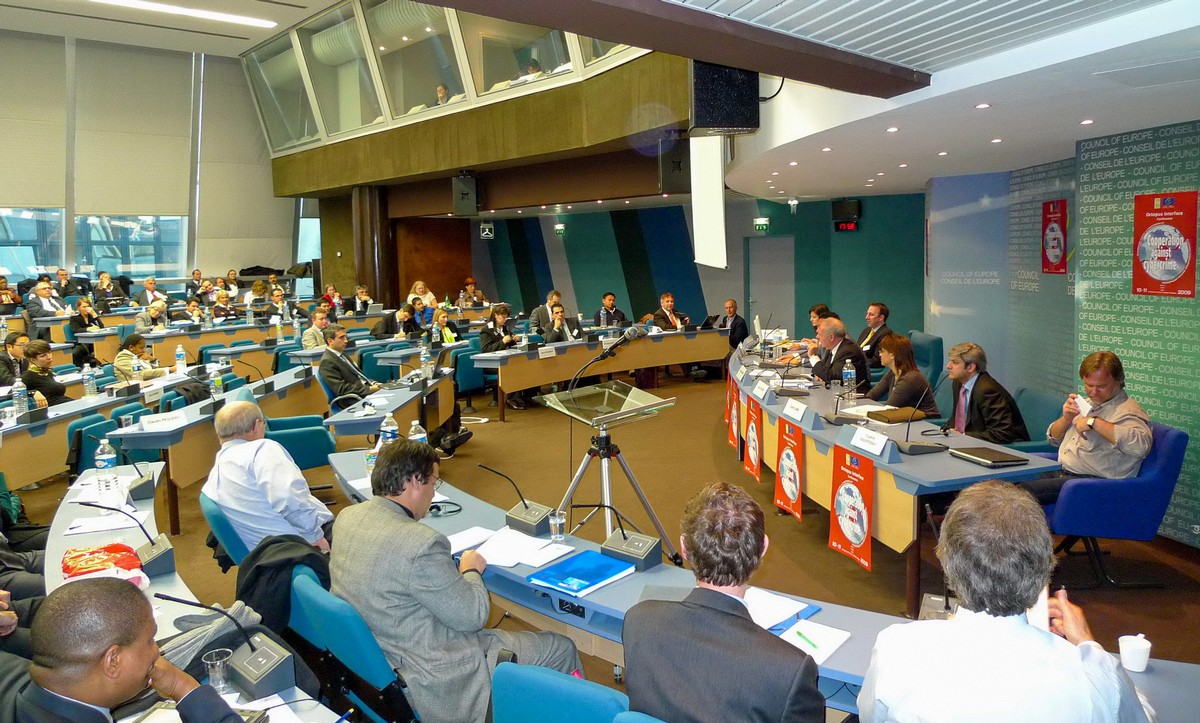 And, of course, the main event occurred not too long ago: 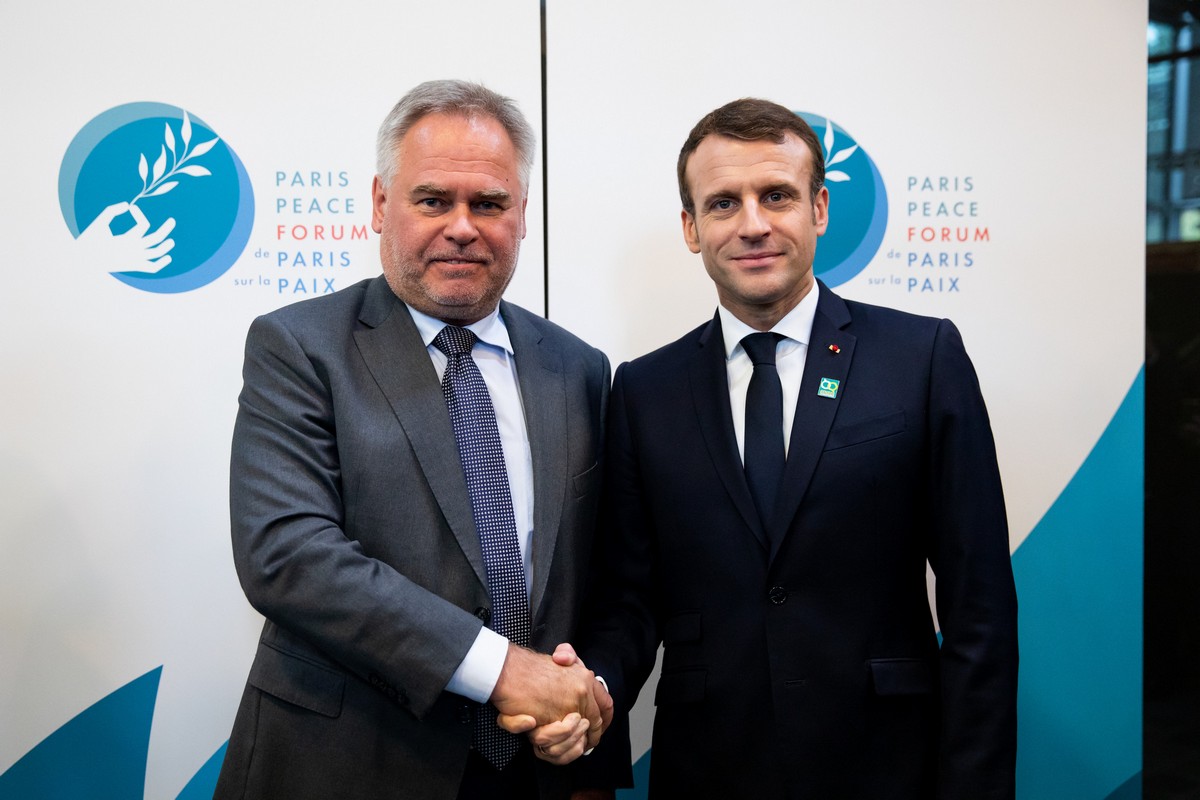 These things happen here too. As a result, half the guests didn’t make it to the exhibition, because the high-speed trains here can’t do it in snow. 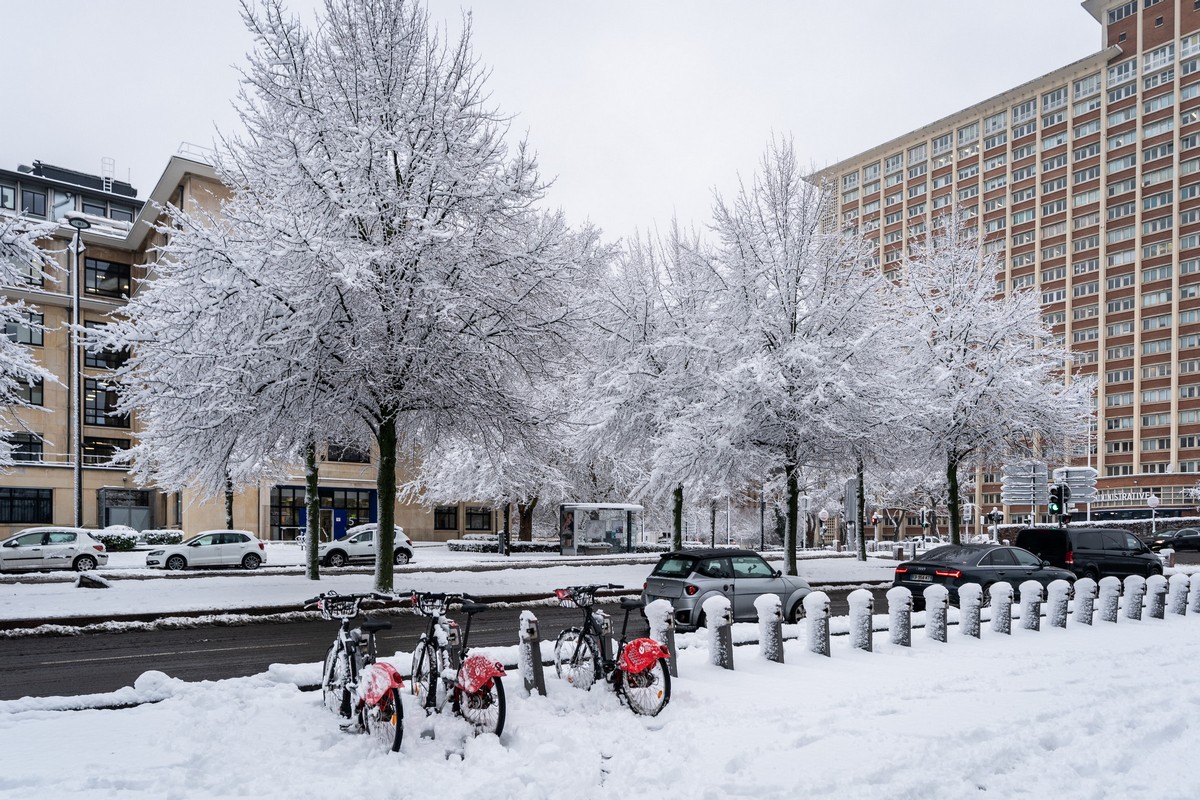 I can’t even begin to remember how many press interviews there were. Probably only surpassed by Germany (CeBIT)…

And motorsport, of course! The Le Mans Race, where we sponsored the Ferrari team for a while:

And just Paris … in its more pleasant guises (it has gone downhill a bit of late: the now ubiquitous traffic jams, dirty areas, flea markets under bridges, etc.). But these pictures are all good:

The Chinese says “Zhōngguó nián”, which means “The year of China” :) 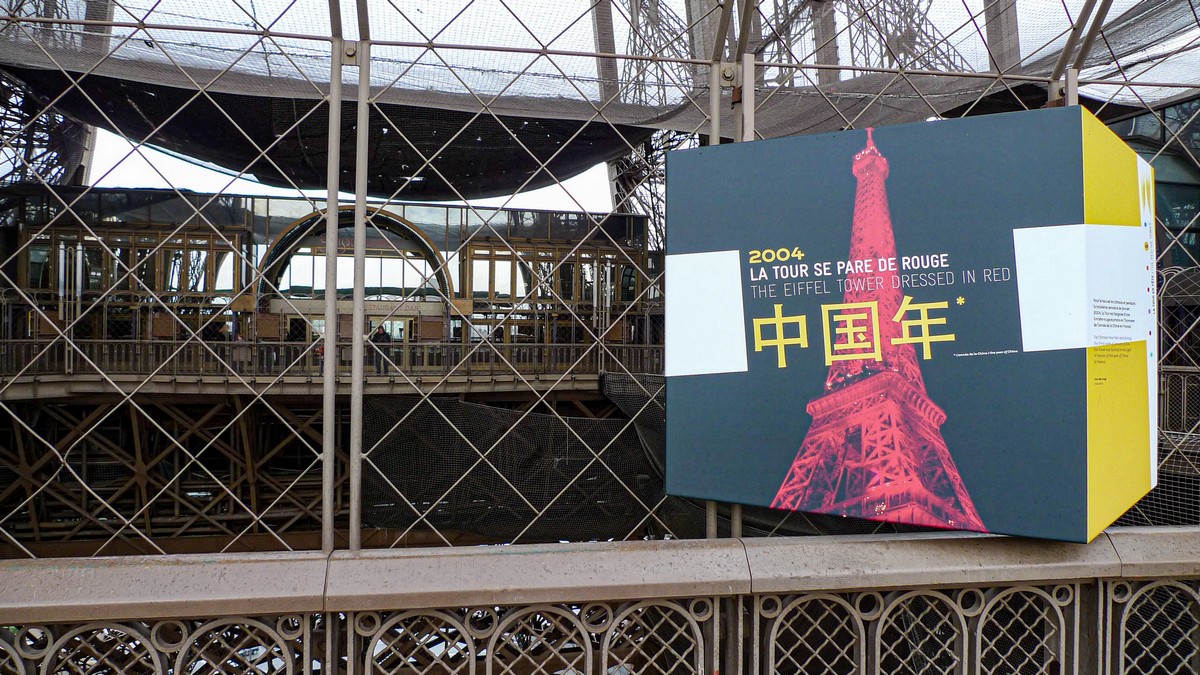 And, of course, the Pompidou Centre with its contemporary art. Which is often incomprehensible, hard to call art at all, but sometimes suddenly – bam! And it hits you right between the eyes…

But I’ve got a bit carried away here. Meanwhile, a special delivery of pictures from our headline subject arrived from Paris :) – i.e. the 15th anniversary celebrations of our office in the French Republic! That’s the French Midori Kuma (in the middle) -> 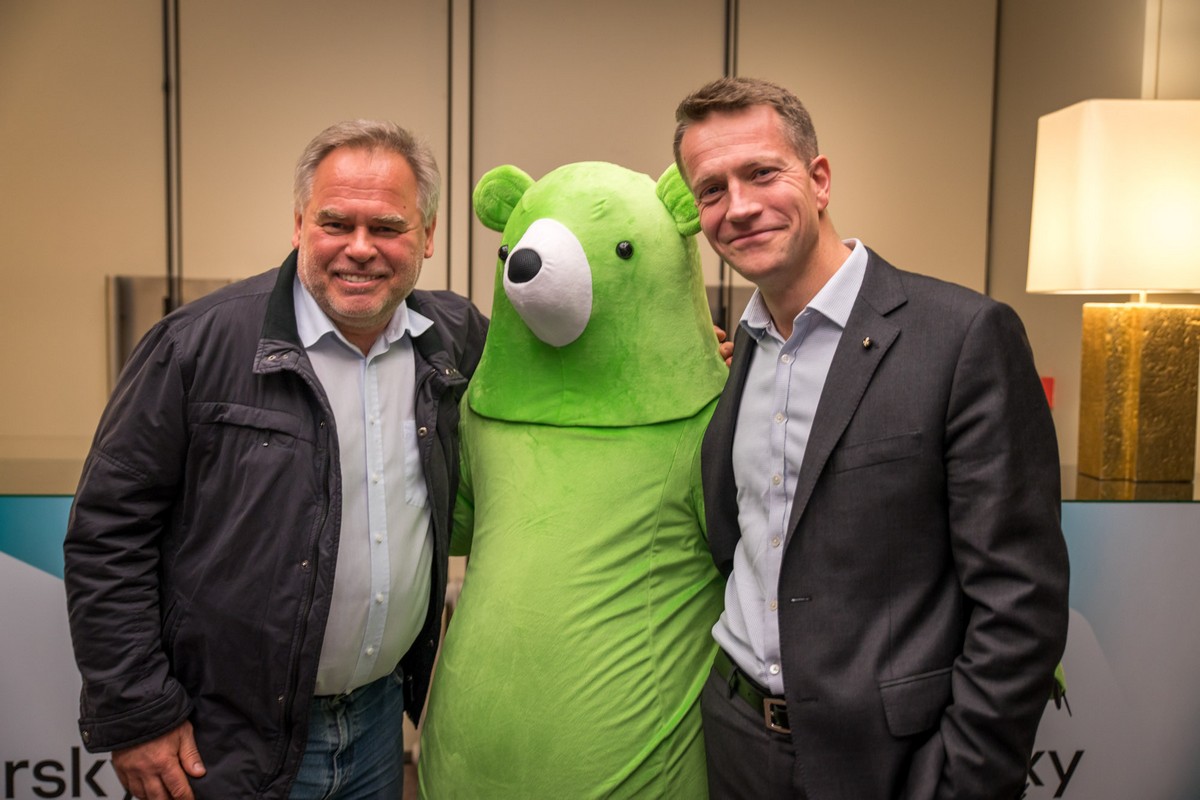 Blow out the candles! 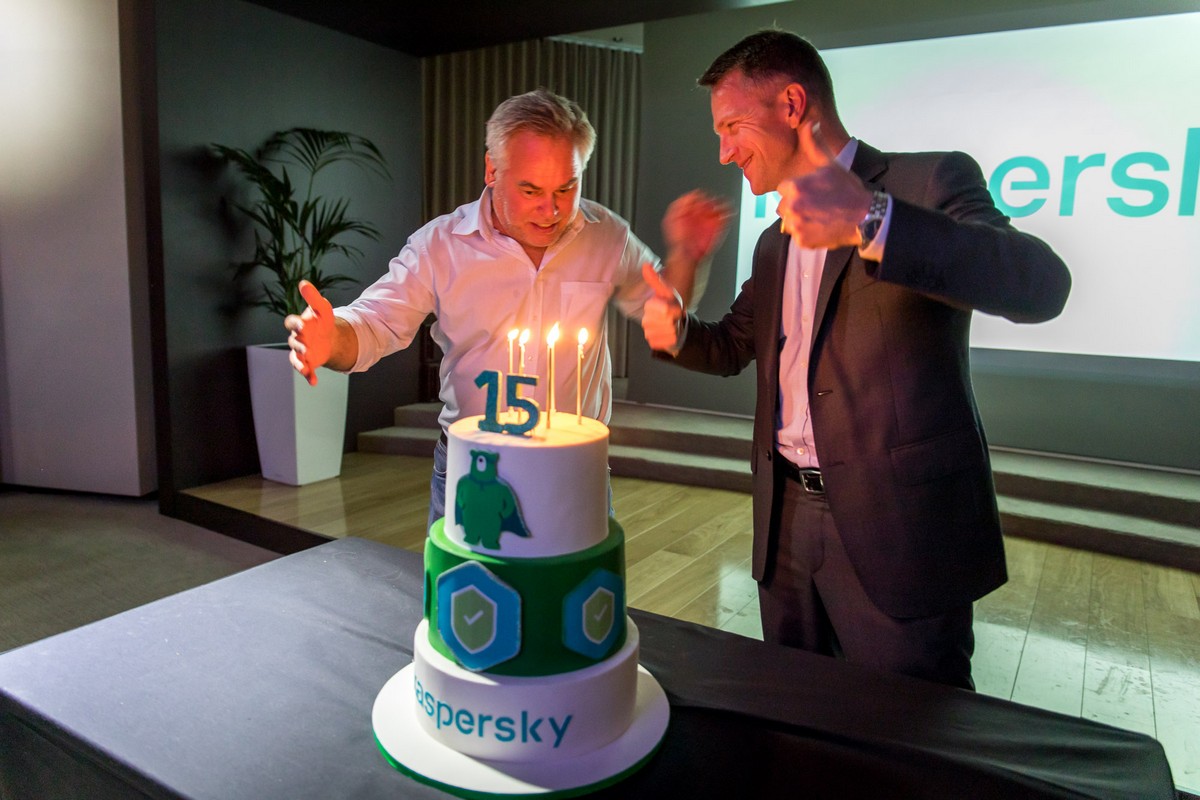 The same, but from behind: 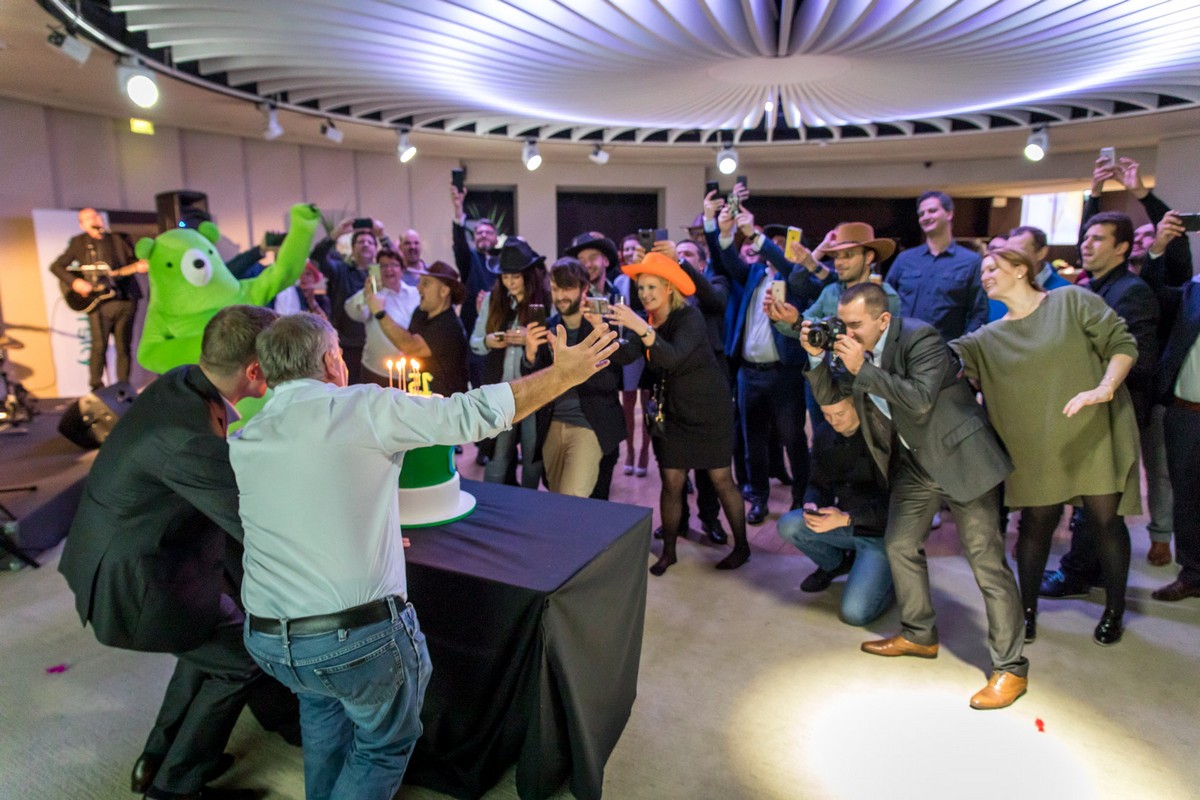 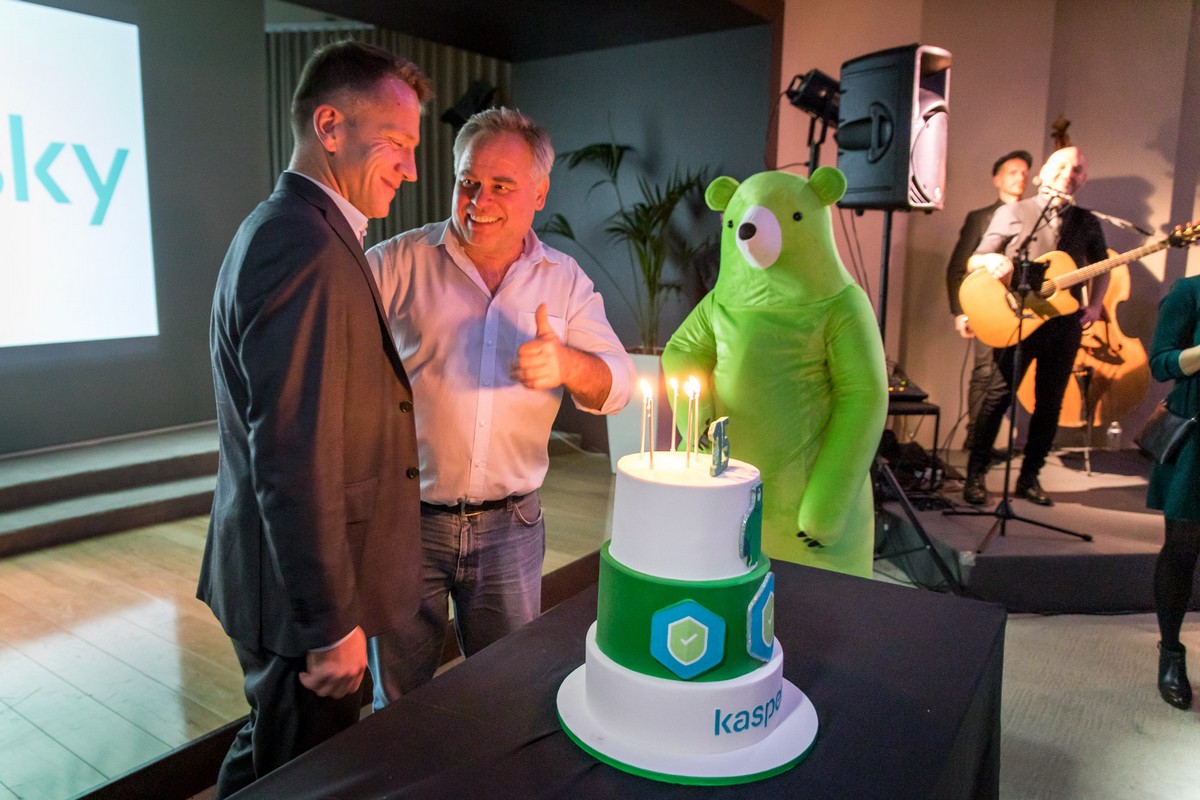 And the cake in all its glory :) 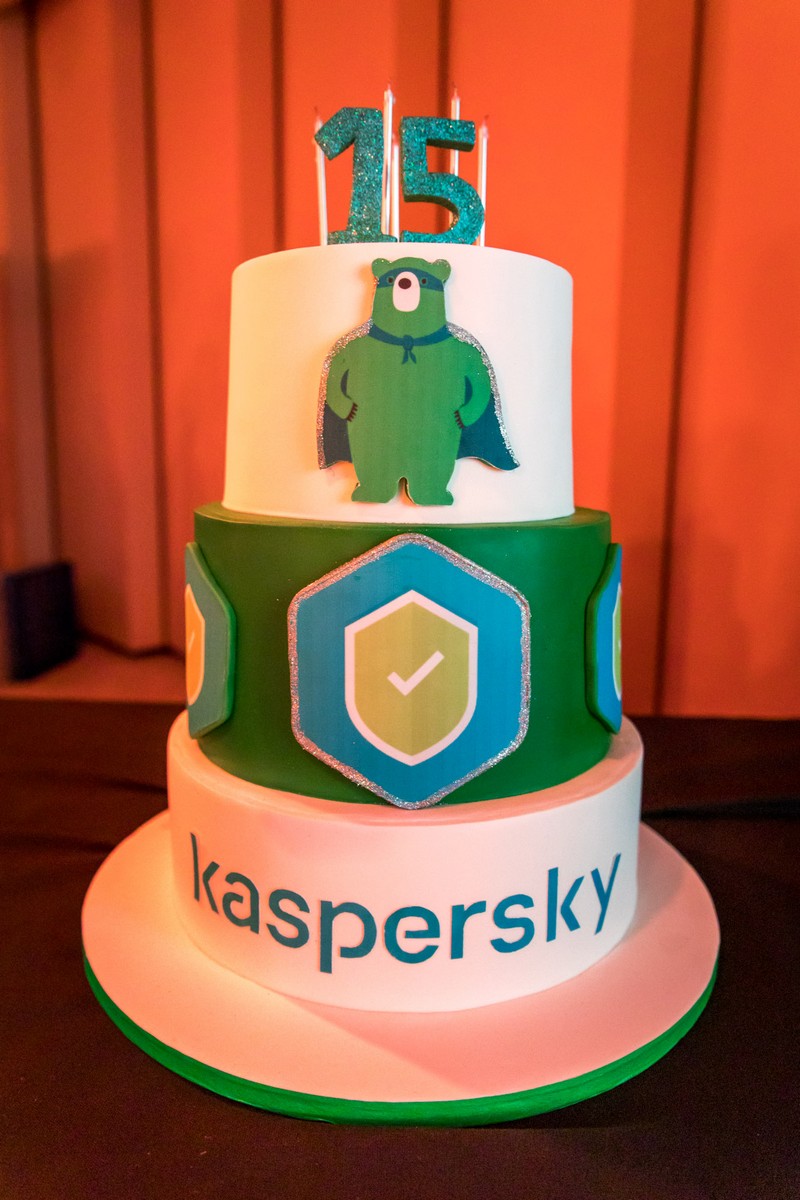