We’re nearing the end of the first half of 2018 already (which will end, like every other year, with our company’s mega b–day bash). Just about six weeks left – and just a few more business trips – and that will be it: time for downing tools and having some well-earned rest and relaxation.

Well here I am on one of the above-mentioned business trips – in sunny Paris. Can’t complain, generally, of course. Paris is Paris, after all. But I can complain that it’s 95% business on this trip: just a few hours left for some sightseeing. Oh well, at least we were installed right in the center of the capital, which meant only one thing, in my book: a trip to my fave Paris museum – in the Pompidou Centre.

Coming to this place is always such a pleasure. I’ve been several times since my first visit in the early 2000s, and am never let down. This time though, I have to say, the exhibitions weren’t quite up to their usual high standard; at least that’s how it seemed to me. But that’s only subjective: I was on a roll of negativity, which started back in Morocco ). I’m sure objectively [sic], all was merveilleux.

This painting is called ‘Self-portrait of Neptune’. What I see is more like: ‘The Maia and Aztecs Conquer Europe’. 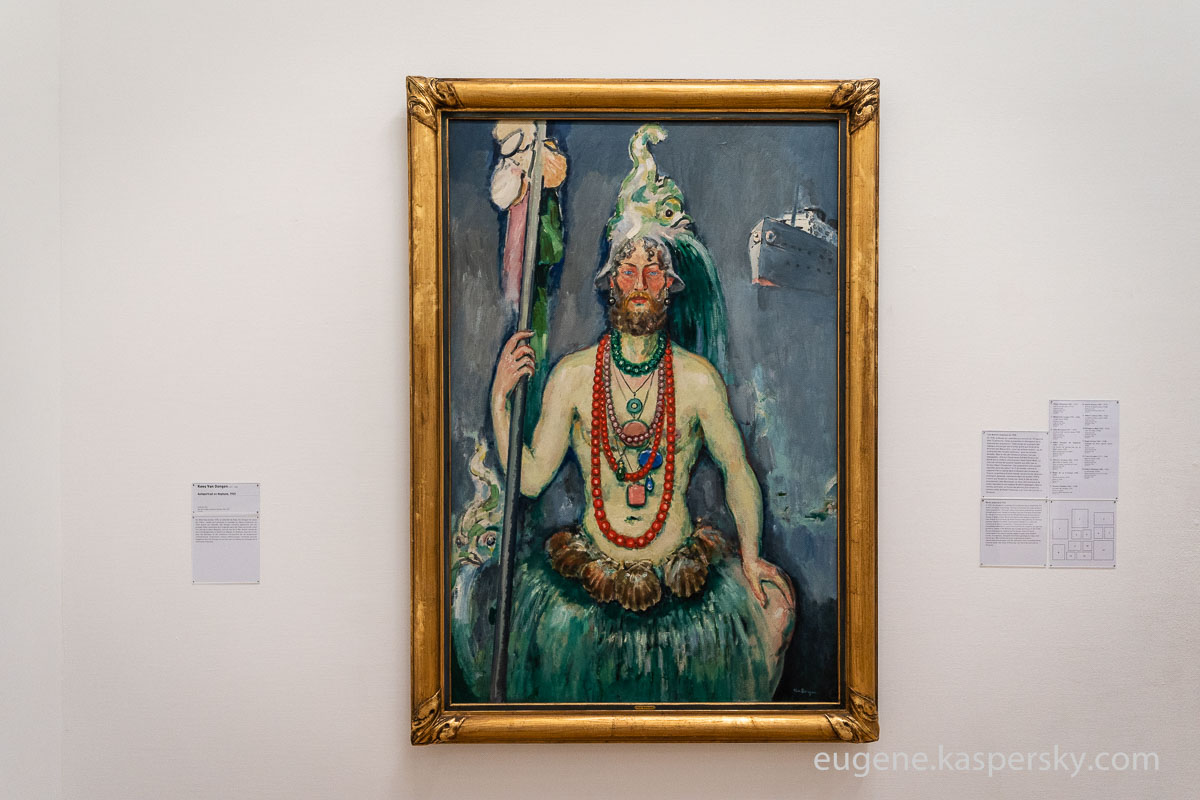 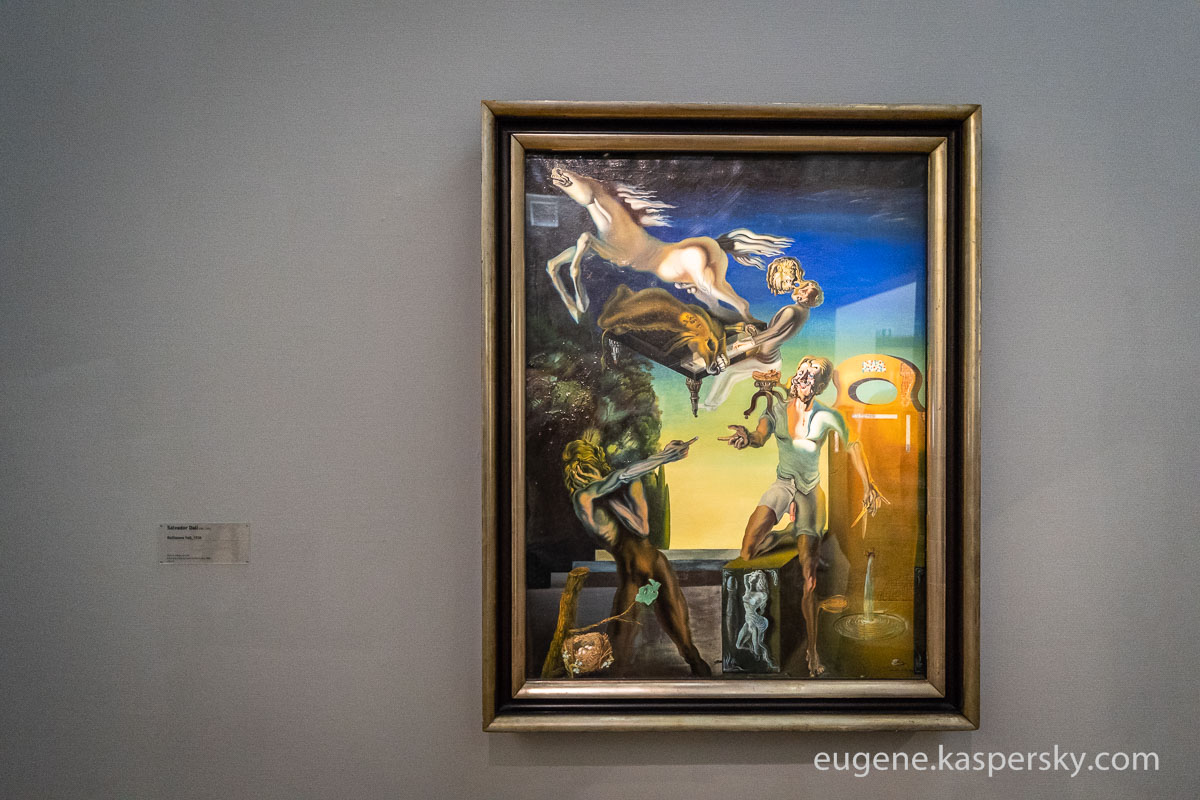 Some installations come with a health warning!

I sure can imagine these spinning, turning and stroboscope-ing exhibits bringing on epileptic fits. I nearly had a fit myself! 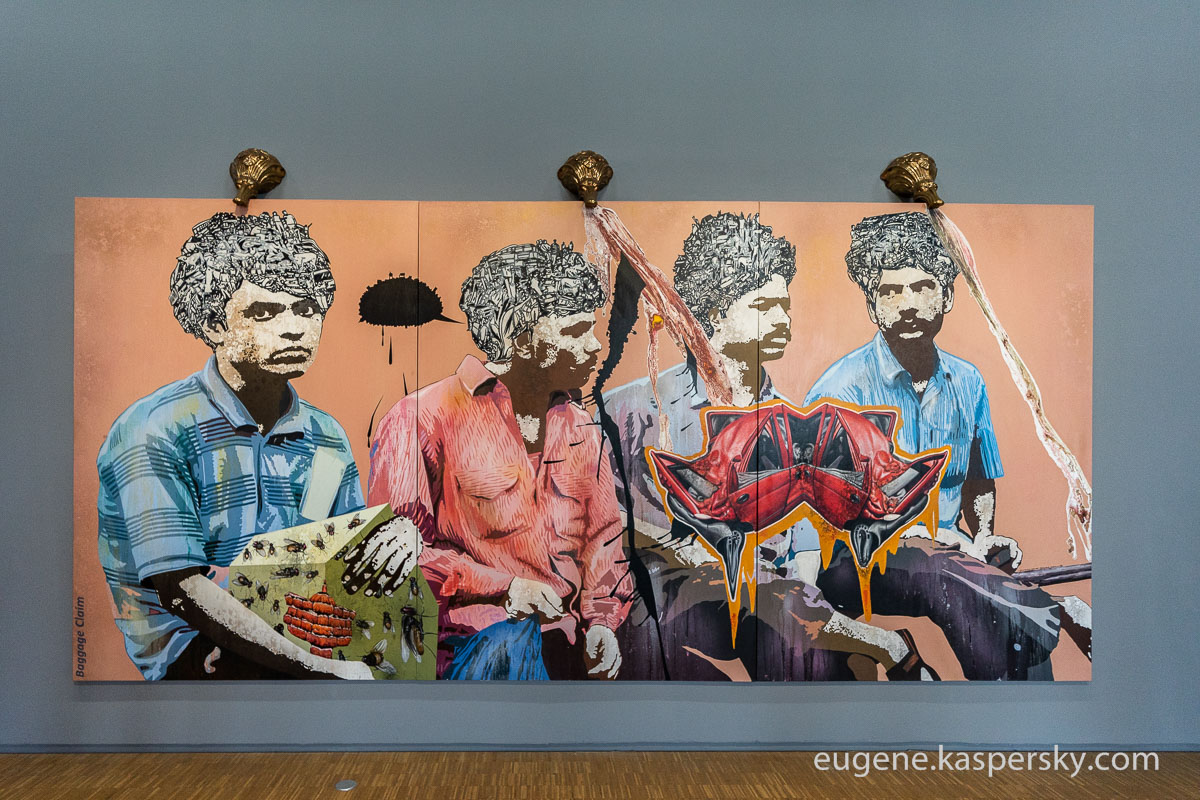 No, I’ve no idea what it is. Still awesome! 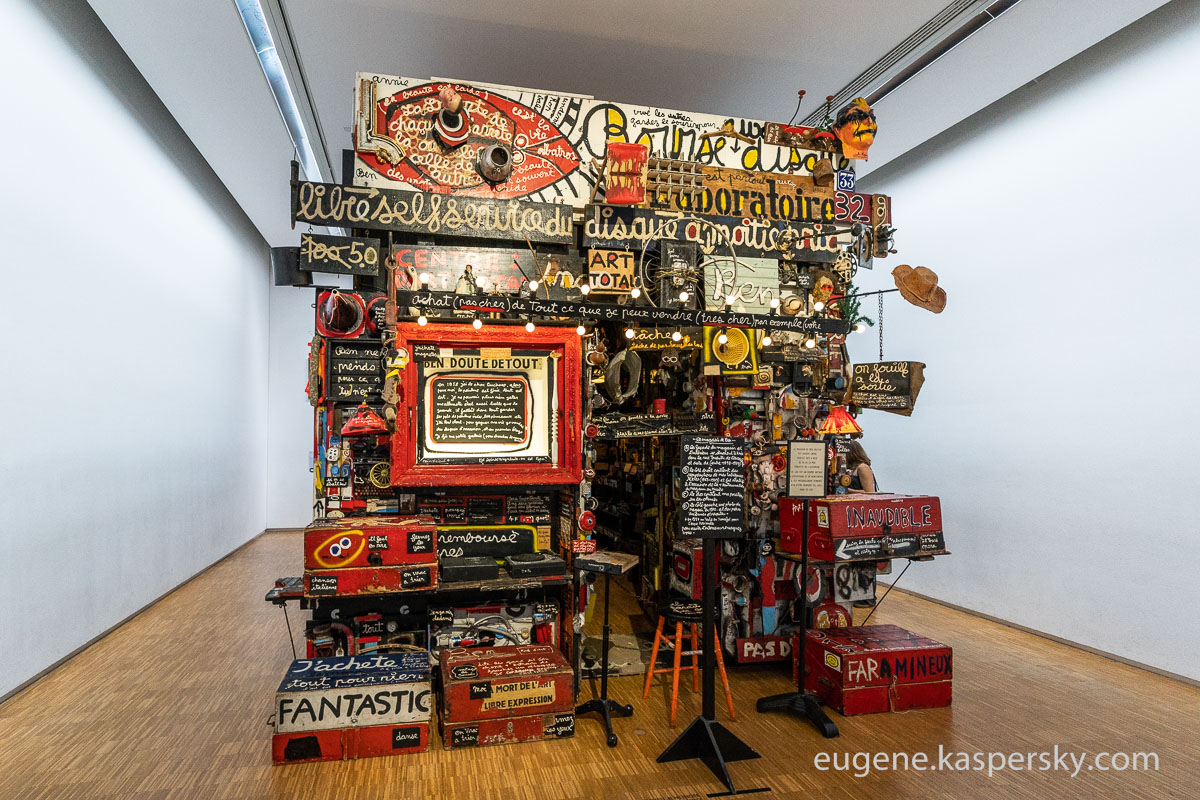 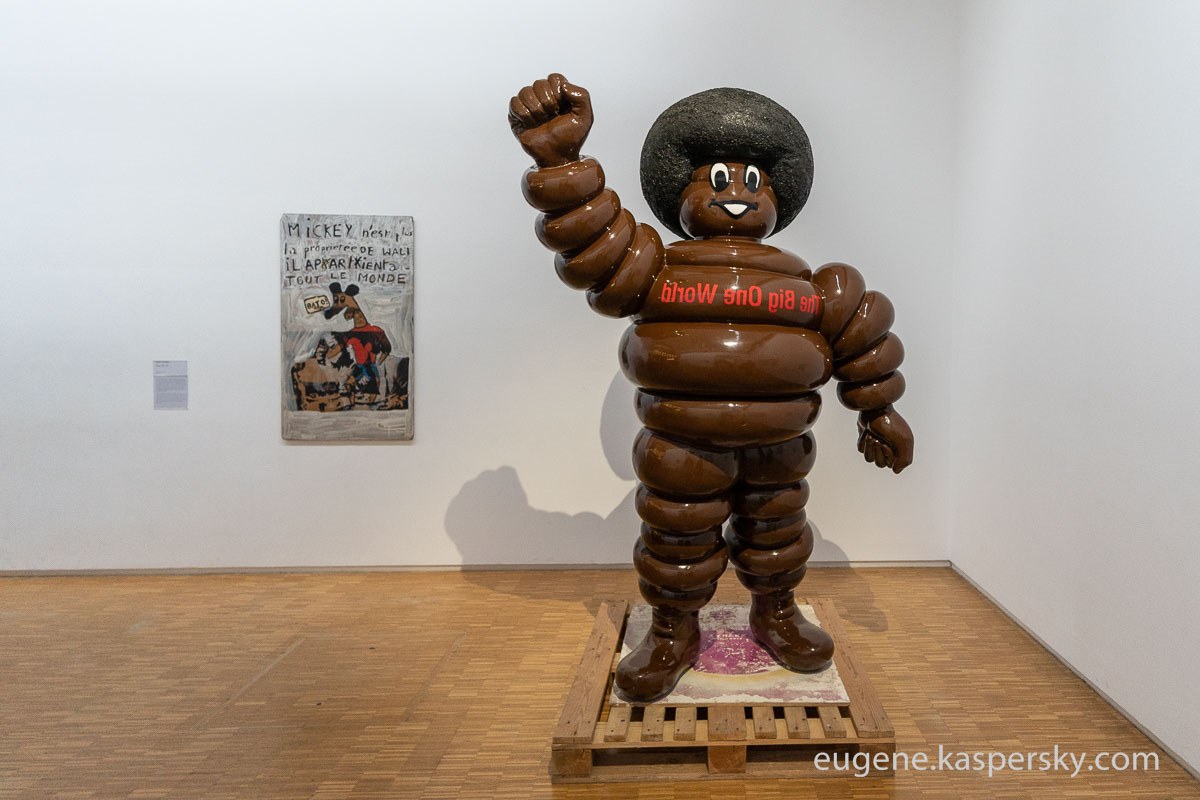 Ah. My favorite room is still here. I first entered it 15 years ago. Much in the museum has changed, but one exhibit has stood the test of time: the black-and-white mind-messer room! 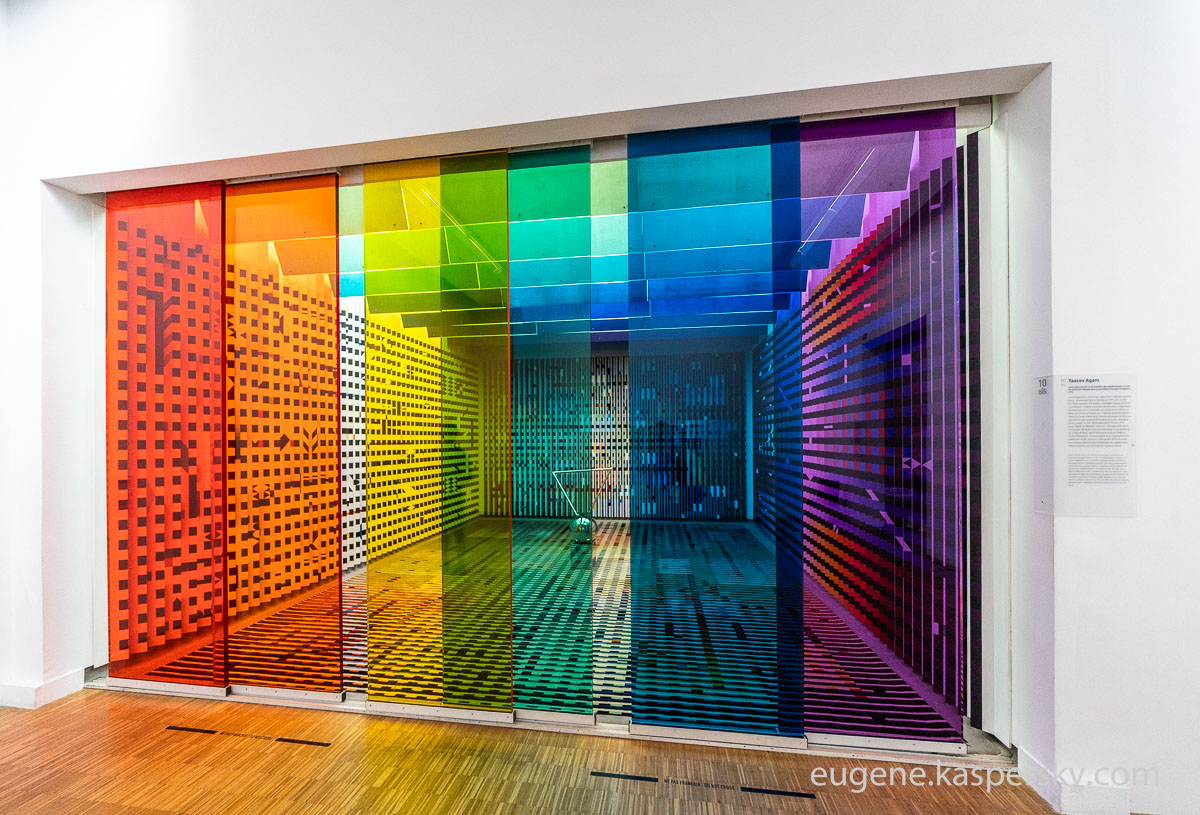 Looking at all these filled out certificates with a stamp, I was reminded of the guy who thought it would be worthwhile filling out every cell in Excel – all ~17 BILLION of them. Which is just what he did! 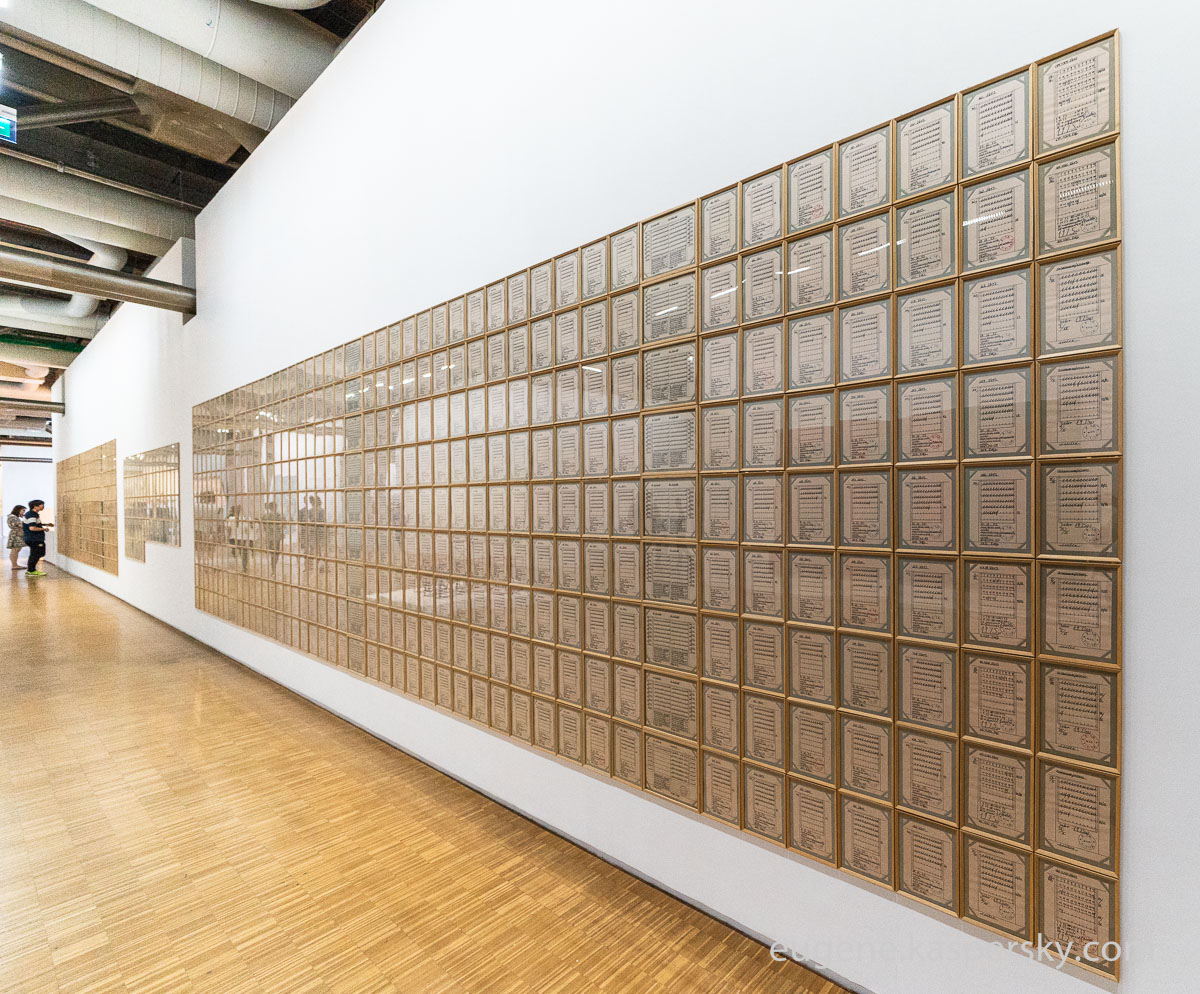 Curiously – Russian text here. It says: ‘Who hammered that nail into there?’ … ‘Don’t know’! 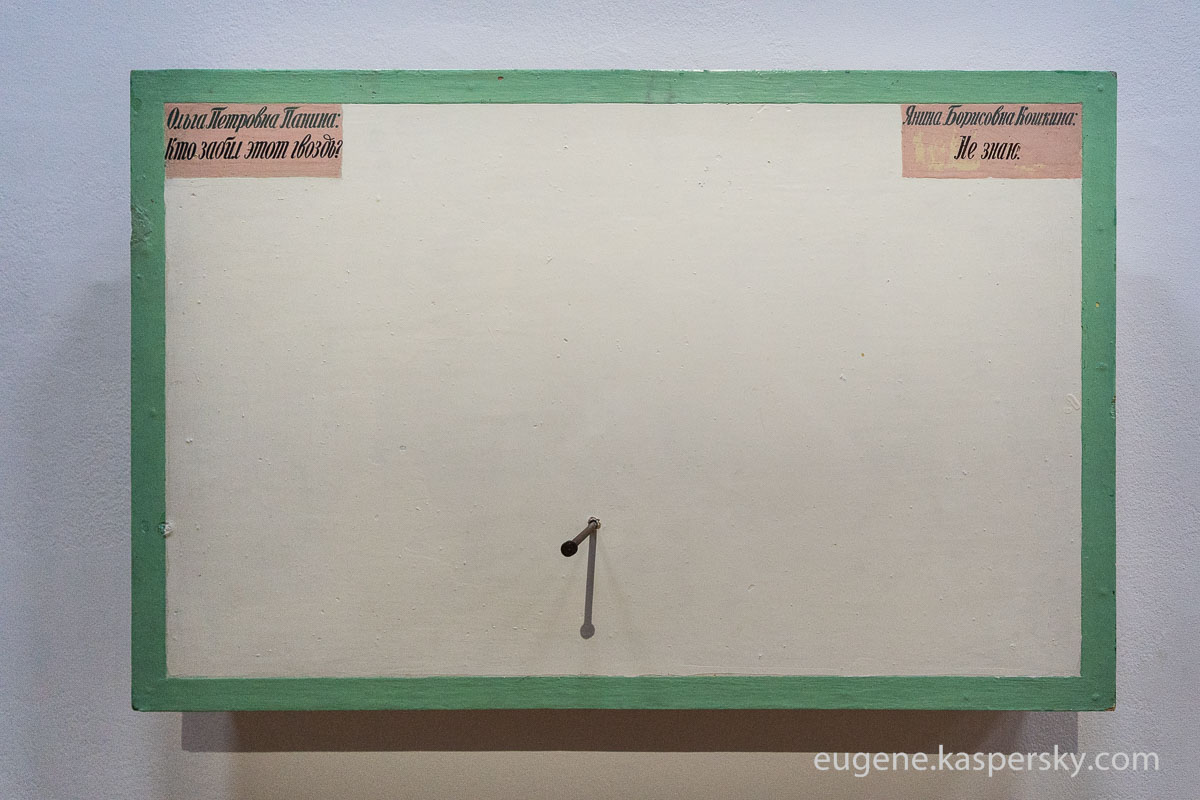 So who stuffed all those feathers into that circle? 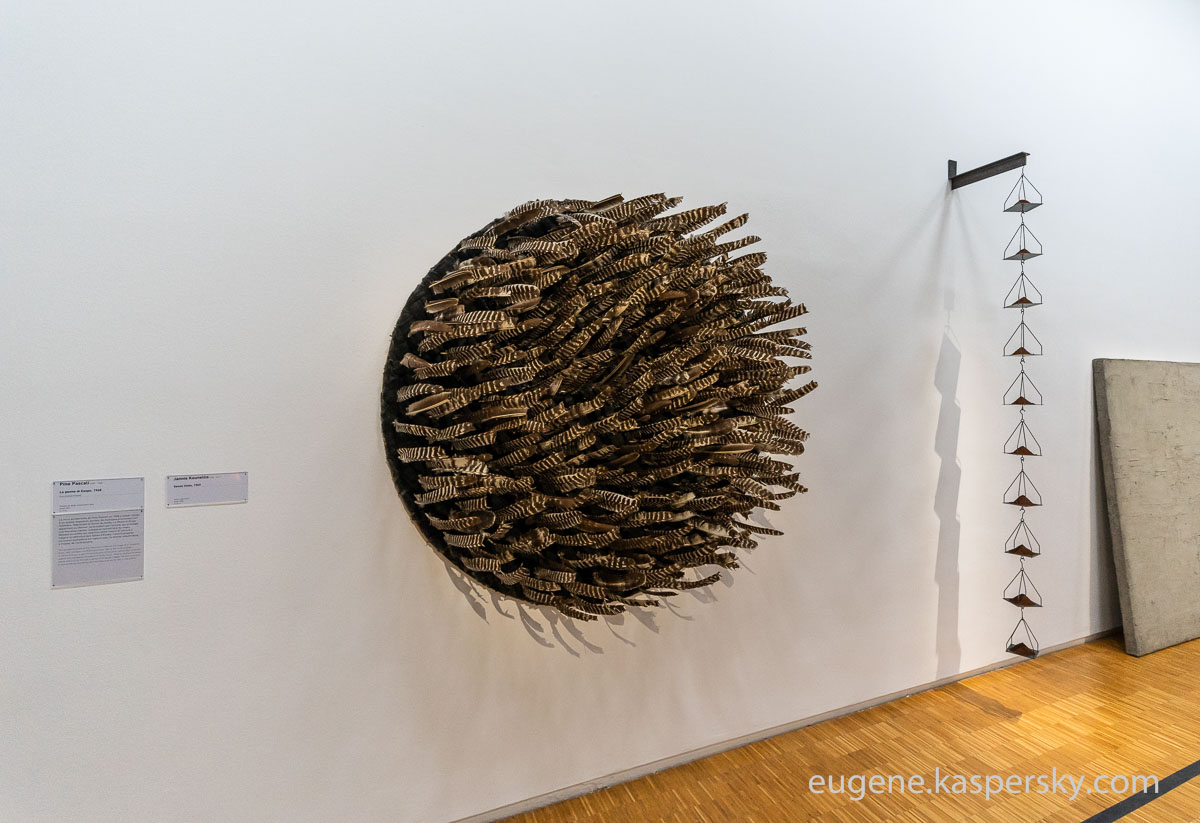 Who nibbled away at those logs to sculpt trees? 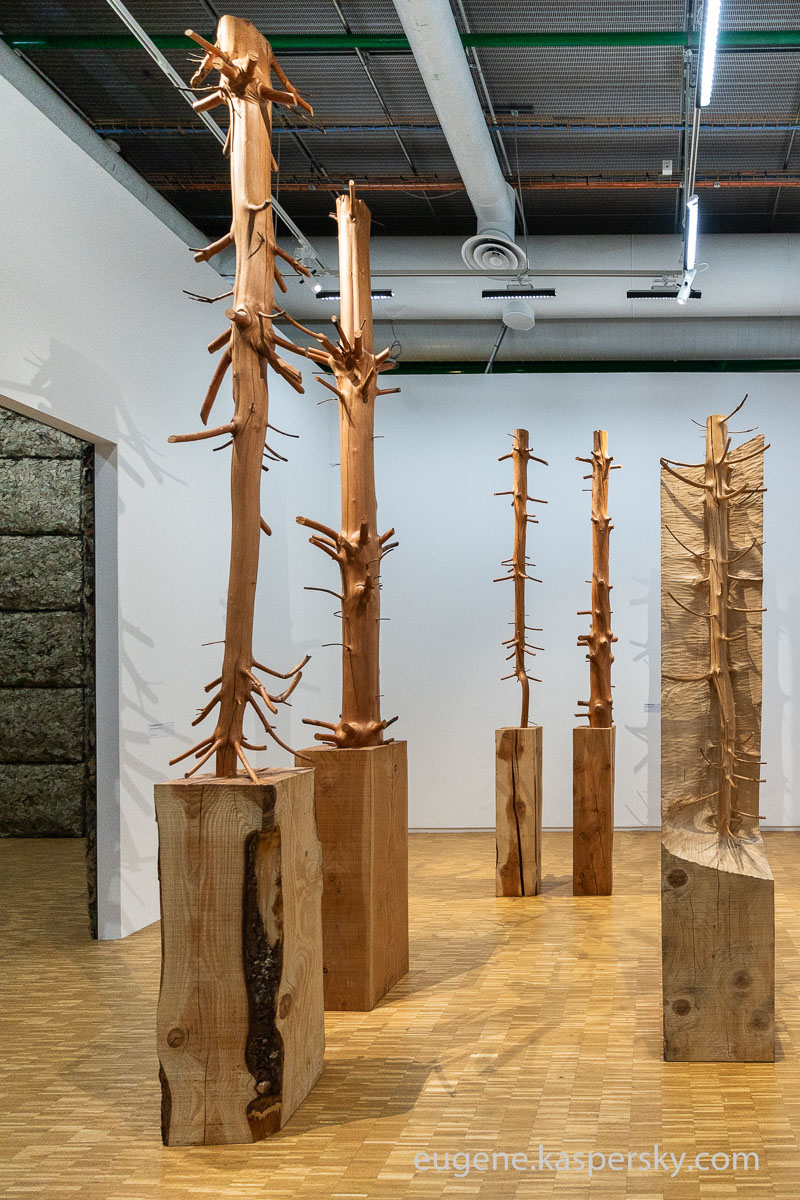 These nibbled logs really took my fancy. I was staring at them for ages – almost meditating…

…But apart from them, I didn’t notice much else that really impressed, alas.

That’s all about the museum folks.

As regards Paris on the whole – that TOO let me down a bit! (Clearly there is some black cloud hanging over my mood/outlook:). It just seemed a bit shabby this time: I noticed garbage strewn where it shouldn’t be far too often. It was generally pretty filthy on the streets; and talking of traffic – the crossroads: they were decidedly… Brownian! Most uncivilized. And on the outskirts of the city – flea markets everywhere. Once again: not my cup of thé!

Maybe I just didn’t notice these things in the past. But then – question: why all of a sudden am I seeing these things now – in Morocco, at airports, in the Pompidou, in Paris in general?! Or maybe it’s just I’ve never been to Paris in the summer? Quick look-up: yep – never in summer! Always – and often – in fall, winter or spring.

Ok, dear readers: what do you say? Paris becomes Brownian and tatty every summer? Or is this deterioration a sign of decline of a more permanent nature?

PS: While looking up my previous trips to Paris, I got all nostalgic looking at all the pics. You can compare the above pics taken last week with the following ones taken in 2004.

In the same museum:

And out and about in the city:

Maybe it’s just ‘never as good as the first time‘, and that’s all ).

That’s it for today folks!

All the photos from Paris are here.