Well, I’ve sorted my pics from my recent Africa trip, so it’s time for a brief intro-report on my impressions of the Republic of Rwanda!

For an African country it’s rather a tiny one, toward the mid-to-southeast of the continent. With a population of around 12 million, area-wise it’s a little smaller than Belgium, which by some strange coincidence Rwanda happens to have once been a colony of.

Now, to someone who knows little about Rwanda, that’s probably where the similarities with Belgium would end. But it’s not the case! In fact Rwanda fairly amazed me by how much it differs from other African countries I’ve been to. Sure, there’s the inevitable poverty, but the differences are many. I’ll start with climate…

Rwanda is around 150–300km south of the equator, so yes, there’s plenty of sunshine every day. However, it’s about 1500m above sea level, so the climate is most comfortable: Not too hot, and not too humid either like places near the equator but down by sea level.

Another largely atypical feature: how the countryside looks – green, rolling hills, beautiful (btw: in the northwest of the country there are volcanoes and jungles with gorillas, and in the southeast – savanna with all sorts of interesting African wildlife).

Here’s the view of the Rwandan capital, Kigali:

Gorillas in the jungle:

Rwanda’s economy is rather weak, with the country being around 160th in the rankings of per-capita GDP. Most of the working population is employed in agriculture and the trading of farm produce. And talking of farm produce – it’s both varied and in abundance here due to the regular rains, ideal temperatures, and volcanic soil. Here’s a pic of a local market we visited selling the usual-suspect fruit and veggies, but also some I’ve never seen before:

Again, relying on stereotypes of Africa, you could expect everything to be somewhat rundown, but – again – that’s not the case! What amazed me most of all was the cleanliness of the towns and cities and also out in the countryside. No garbage, no plastics, nothing – anywhere! In the capital the parks and lawns are all real neat, and all the sidewalks are solid and smooth. In short – tidier and cleaner than some European cities! So much for stereotypes!

The secret to the country’s spotlessness is rather amazing too. First, one Saturday a month is officially a ‘clean-up’ day, when the whole country – including the president! – clears up the trash in the streets. Second, plastic bags are completely banned in the country (as they are in neighboring Tanzania too)! Woah! Quite right too. Way to go Rwanda! Rwespect!

The roads were just super too: smooth, bump-and-hole-less, well-marked out:

The roads are used by cars, motorbikes, mopeds and bicycles, and at their sides – pedestrians, including small children (aged 3-5!). A bit unnerving.

We were assured the country is a very safe one, so much so “you can walk anywhere at all at any time of day”. Ok, but the security measures are no less stringent for it: entrances to congress centers and hotels are fitted with x-ray scanners like at airports. And at the airport itself whole cars are x-rayed! All passengers and the driver need to get out of the vehicle while a forklift-type device slides under the front wheels to pull the car through the scanner. Never seen that before!

Finally, the main thing – the local population: happy and smiling, with no issues regarding service in hotels and restaurants at all. Comfortable, convenient, cool ). So yes, in all I was really very impressed with Rwanda!

That’s all for my first Rwandan impressions folks, but more detail – coming up shortly…

In Kigali I stayed in a hotel room that… does not exist! Well, I guess it exists to some, but not to a computer networking/programmer geek! I’d only ever stayed in a non-existent room once before – in Canberra. 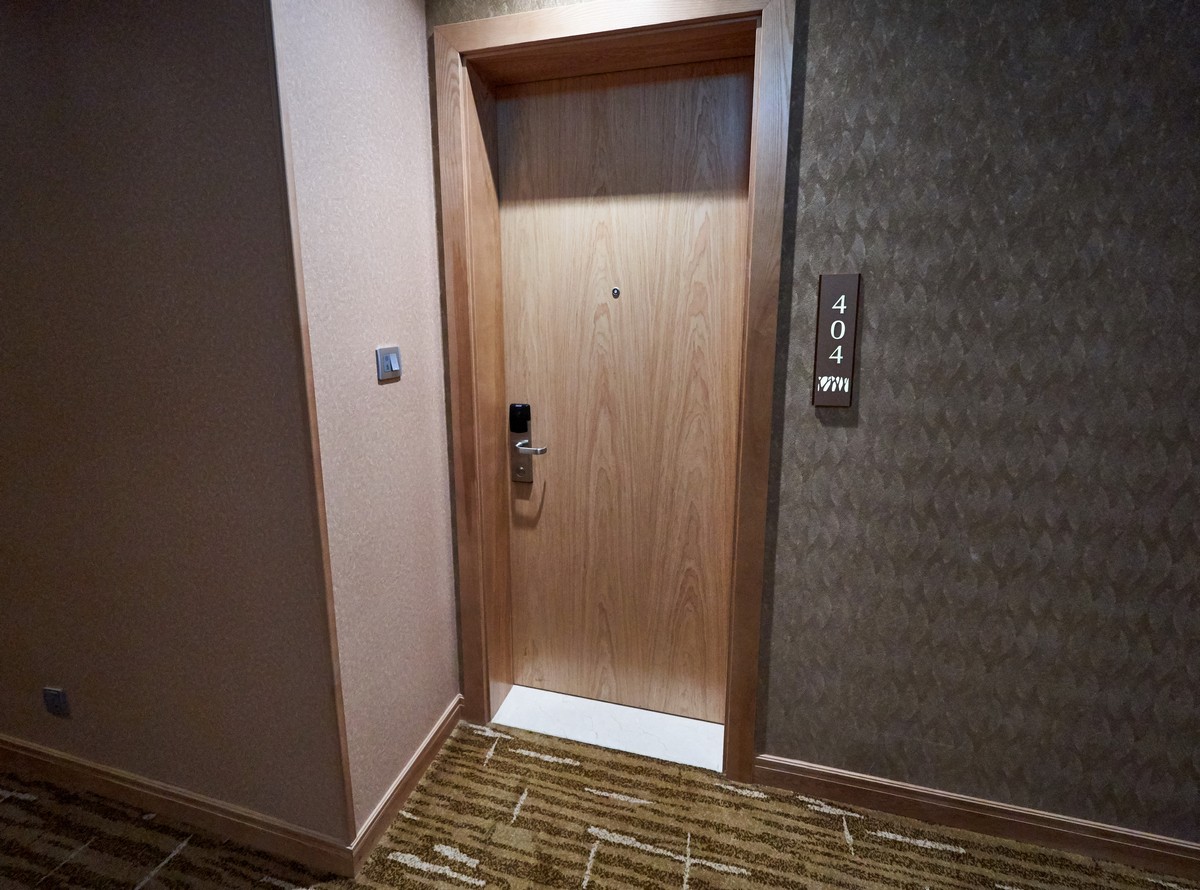