Herewith, my next dispatch from Taiwan…

I’ve already told you about the footpaths that run through the tunnels here. Well there’s a road too – the Central Cross-Island Highway. Built – and in some places chiseled – in 1956–1960, back then it was quite the pioneering engineering feat. Still today they’re renovating and improving it. And they’ve got their work cut out: there are frequent earthquakes, and typhoons cause flooding and mudslides. They dig out new sections for the cars, and the old ones get passed over to tourism. 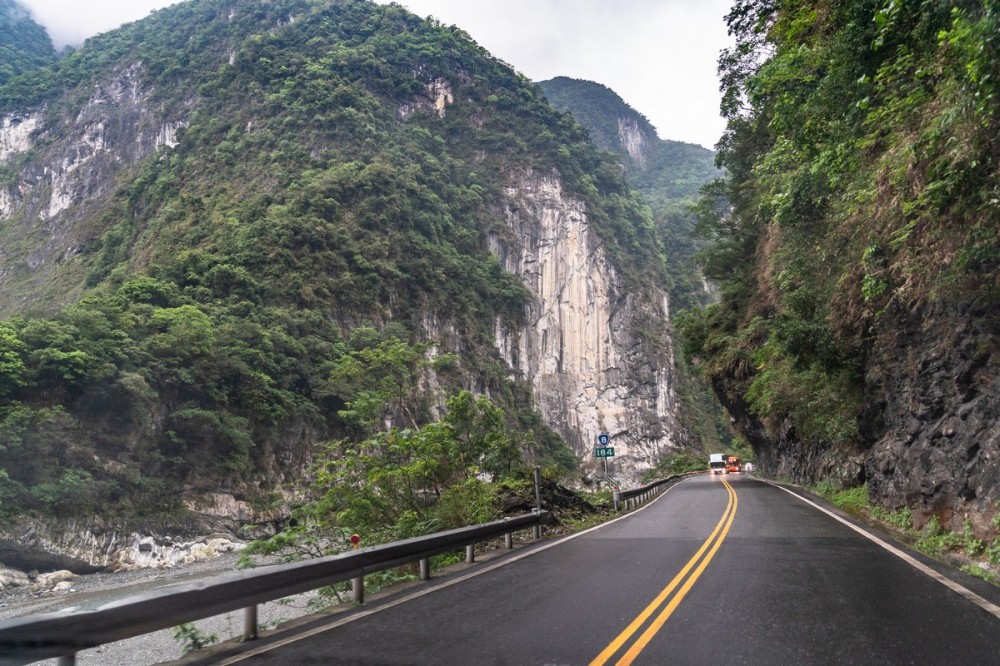 Main thing here – keep your eyes on the road, if you’re the one driving. Otherwise you’ll end up a part of the scenery yourself ).

The above-mentioned Central Cross-Island Highway is called ‘cross-island’ for a reason: it crosses the island from coast to coast (west to east) around about the island’s middle. If you drive along it from west to east, you’ll eventually hit Provincial Highway 9, which runs along the entire eastern side of the island from top to bottom. This too – you’ve guessed it! – is must-see must-drive! There are some stretches of it that are industrialized and not too pretty, and traffic can be a pain in places, but overall – it’s a goodie.

And just like with the tunnels – they keep constructing new stretches of the road, and the newly-disused stretches are passed over for tourist usage ).

The abandoned stretches – it’s amazing to see how quickly nature takes over – covering them in green overgrowth:

Along Highway 9 – the Nanfang’ao fishing town. This came highly-recommended – in particular its fish market and cuisine. So we stopped and sampled both: in a word: recommended! 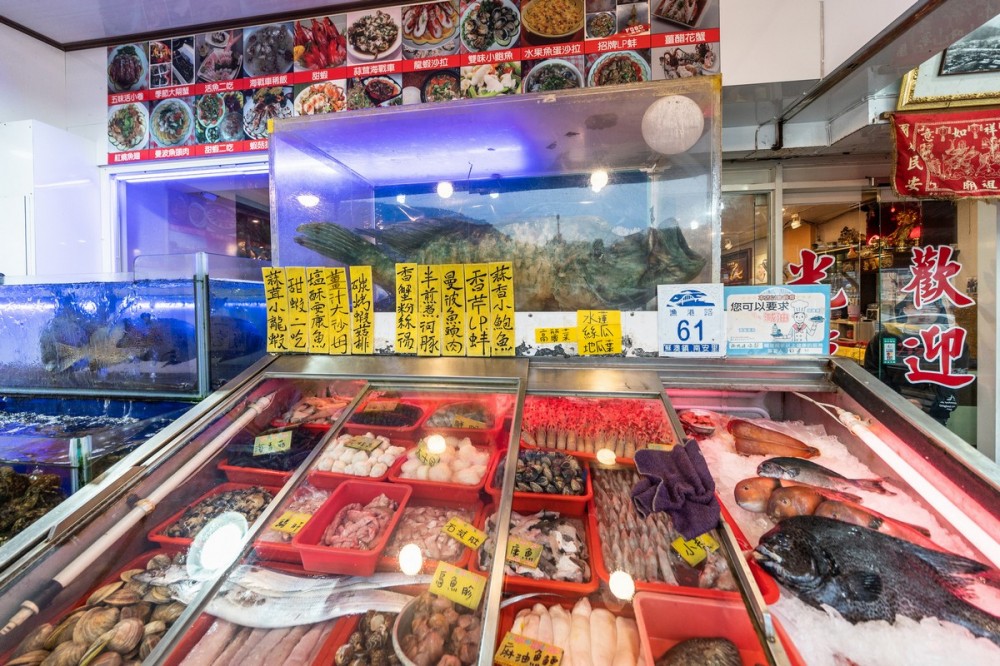 You see that there to the right? 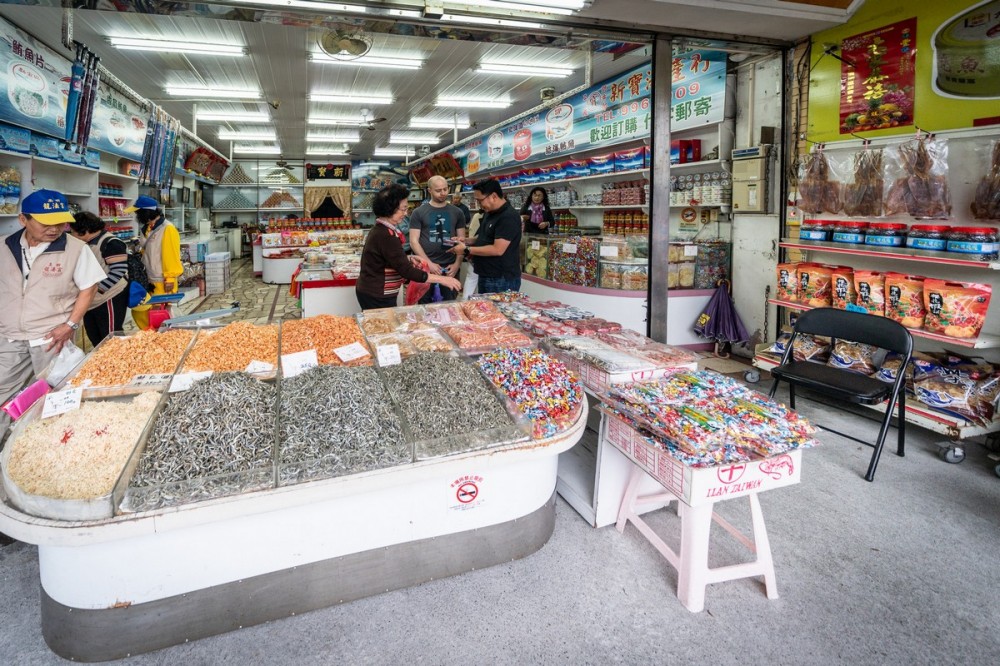 In the brightly-colored wrappers? 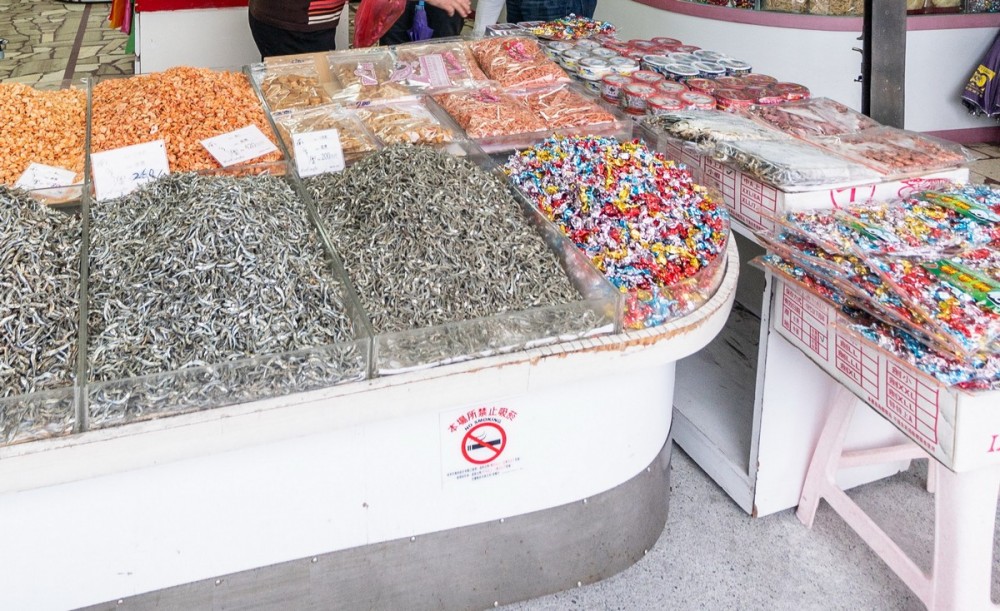 Can you guess what it is? Candy? Almost. It’s actually bits of dried fish wrapped up as candy. The only other time I’ve seen that was in Japan. 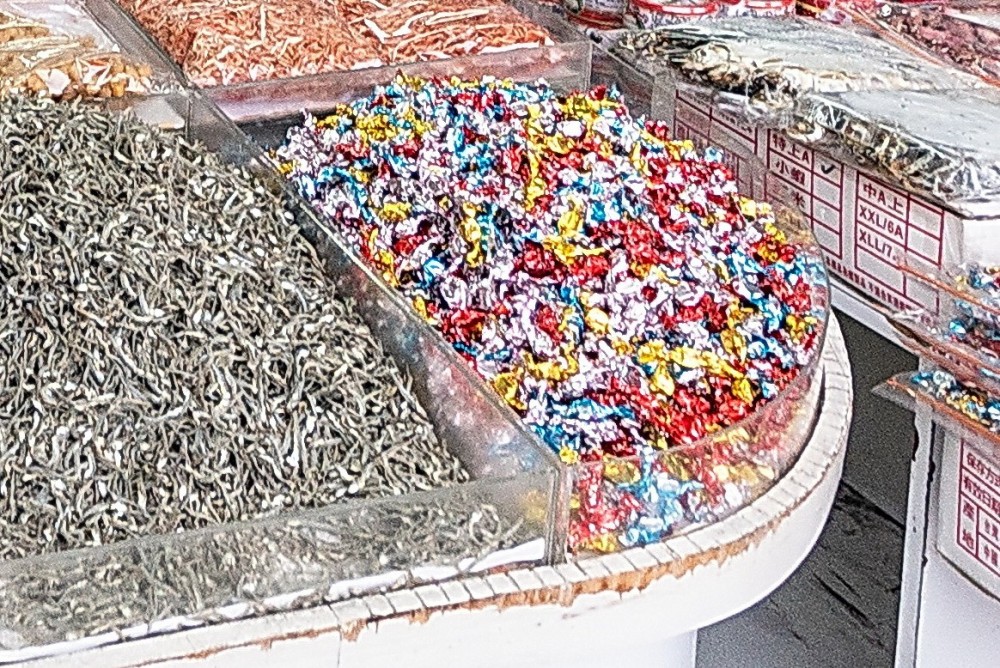 But what is THIS?

Oh my. Those are mola mola eyes. No, I just couldn’t. I’m adventurous and all, but no – not today thank you ).

Oh my ghastly! Here’s another monster from the depths. I still haven’t identified it; the hieroglyphs there merely state how it can be cooked: boiled, fried, barbequed, etc. 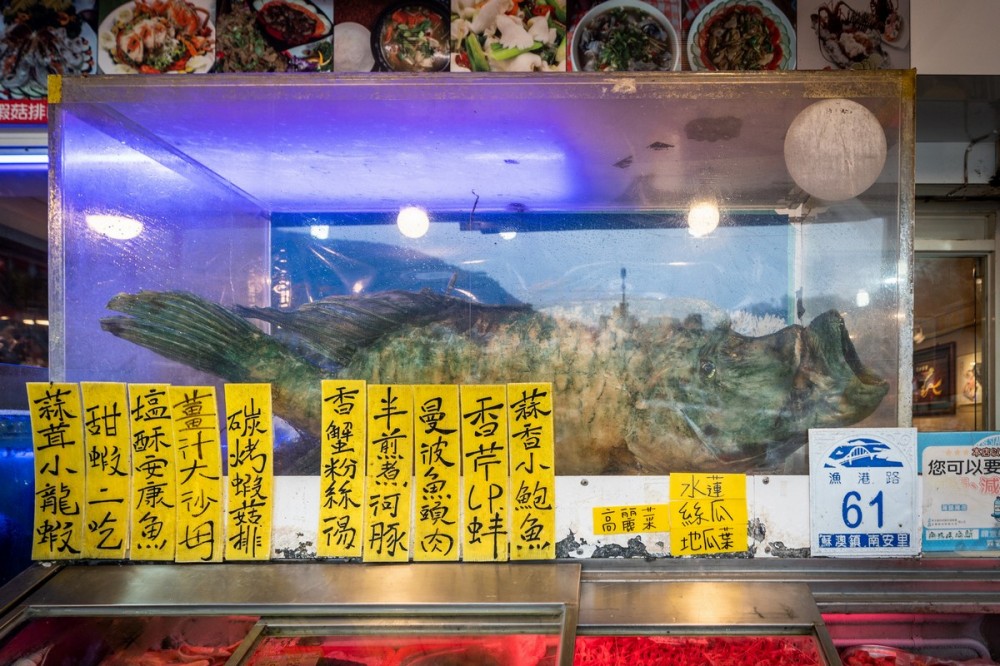 After our seafood – a quick walk around the docks to have a look at the fishing boats that procure all the exotic-tastiness in the market:

Night-fishing lights: they help the fishermen see what they’re doing, but they also attract fish: up they swim to see what’s up, and before they know it they’re on the boat.

Temple for the fishermen – to pray in before a mission… 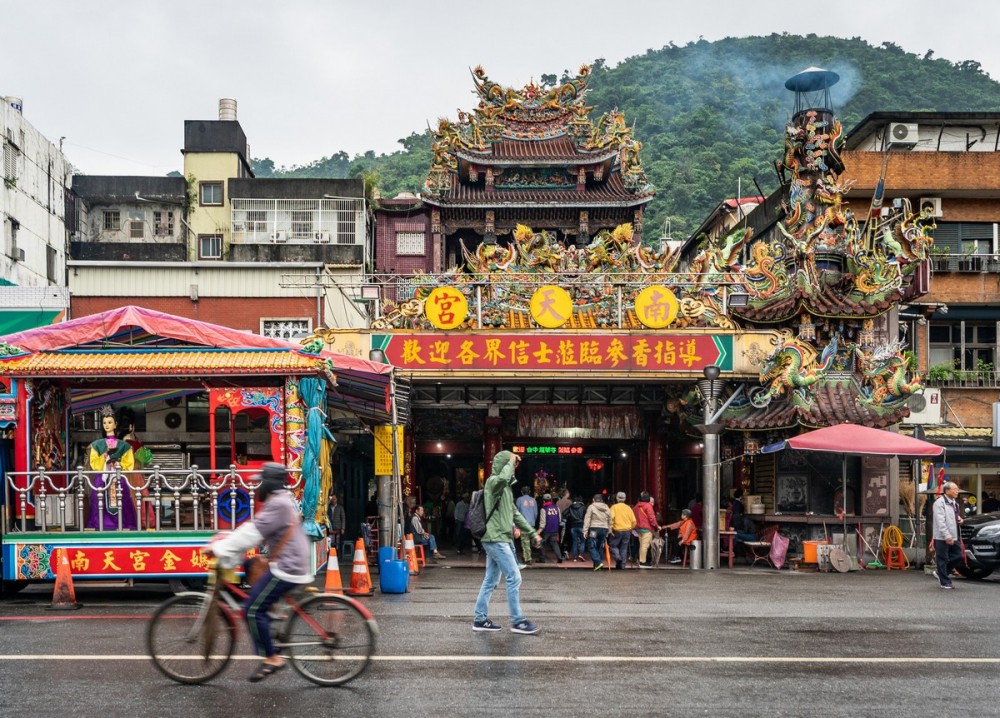 Meanwhile, we’re headed north – toward Taipei. But more on that later…

All the pics from Taiwan are here…