Oh my gigabytes! Yet again I’ve returned home with a zillion photos full of impressive emotions and emotional impressions!…

Right; now, where shall I start? Yes – the most interesting: the Taroko National Park in Taiwan – here.

An amazing place! Mountains… – made out of nothing but marble! The local tectonics here have gifted the place with marvelous marble constructions that come from the depths of the ocean and reach up thousands of meters. The highest peak here is that of Nanhu mountain, weighing in at some 3742 meters above sea level – and all of it marble! In fact, the whole island of Taiwan is the result of subduction of two tectonic plates: the Philippine Sea Plate slipped under and pushed up the Eurasian Plate, including this super selection of formerly underground marble; the elements over the millennia did their erosion thing, and the result is these here monumental rock formations. And the process is still going on today. 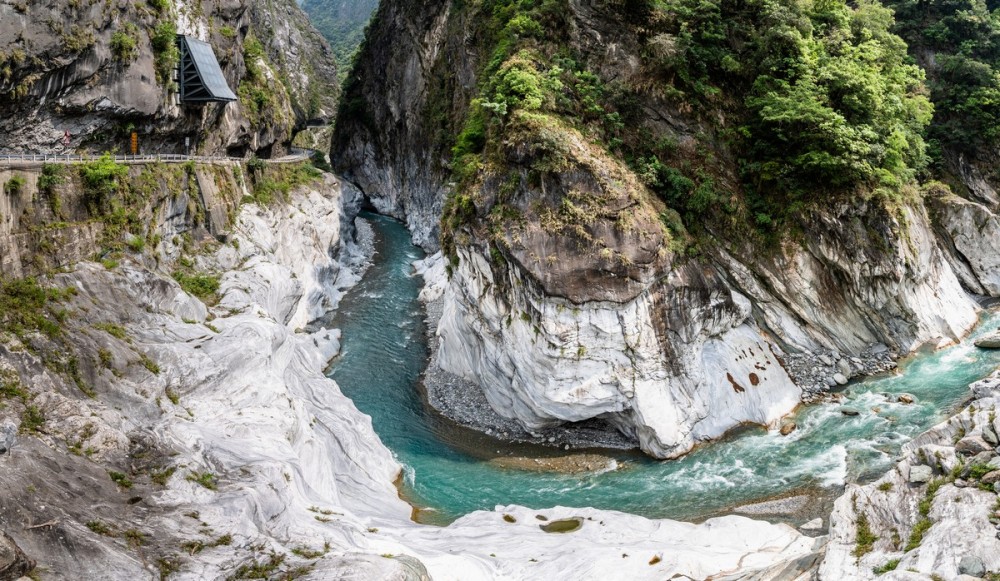 White stones – bigger than… a BUS! 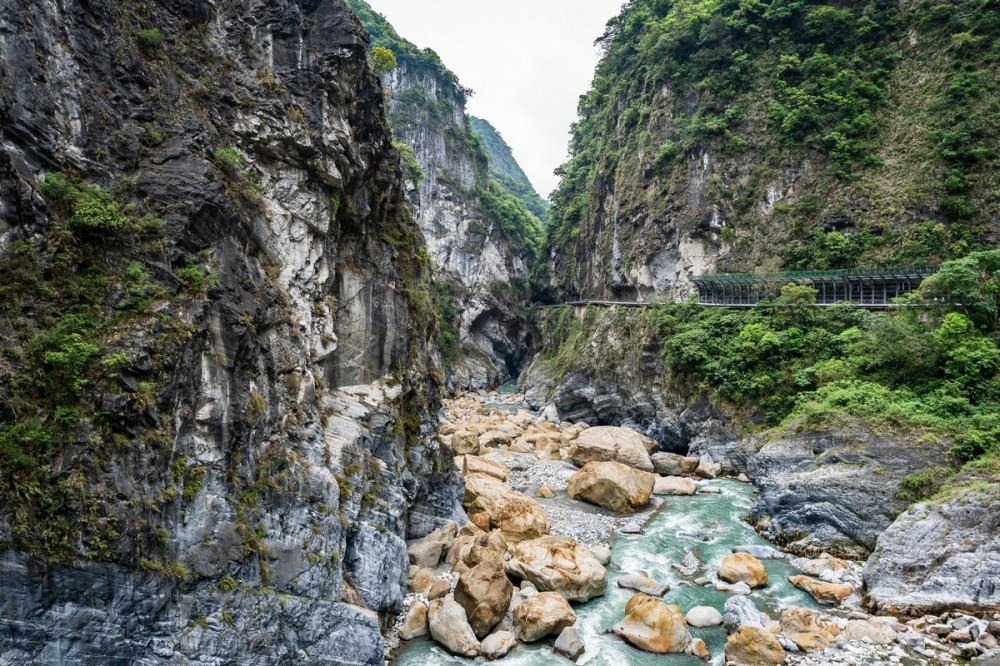 Grinning faces. Or does that resemble more a tortoise? 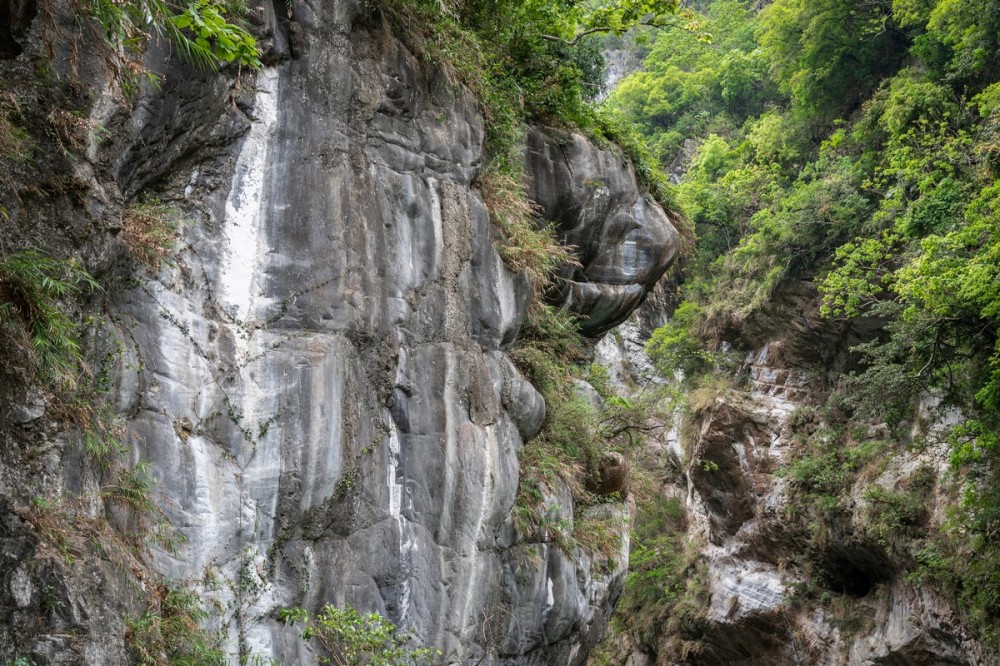 In the 1950s they dug a path with tunnels through the marble mountains, but it was flooded during typhoons and then buried under mudflows. They then dug some new tunnels, and since then the old ones have been used by tourists as the views therefrom are just so incredible. This tourist path through a tunnel for more than a kilometer is called the Swallow Grotto Trail:

Coaches only just make it through the tunnels!

Tourists must wear helmets here: sometimes rocks fall from up above.

Mid-excursion, we were asked to look upward: apparently the shape of the sky forms that of Taiwan ).

500 meters higher there’s another path heading in the same direction as the path we were on; it’s called Zhuilu Old Trail. Even pictures of it are hard to look at if you’re scared of heights ).

Thank heavens there’s a handrail. When folks come at you in the opposite direction, they’re a lifesaver – literally ).

For the brave souls who might want to come and try out these paths for themselves one day, herewith, some handy info worth knowing beforehand:

1) You need to buy tickets in advance, and need to show some photo-ID at the entrance. Around 100 folks are let in per day; just as well – can’t really be having crowds trying to get past each other here. Entry is in the mornings only: so that everyone makes it back by evening. 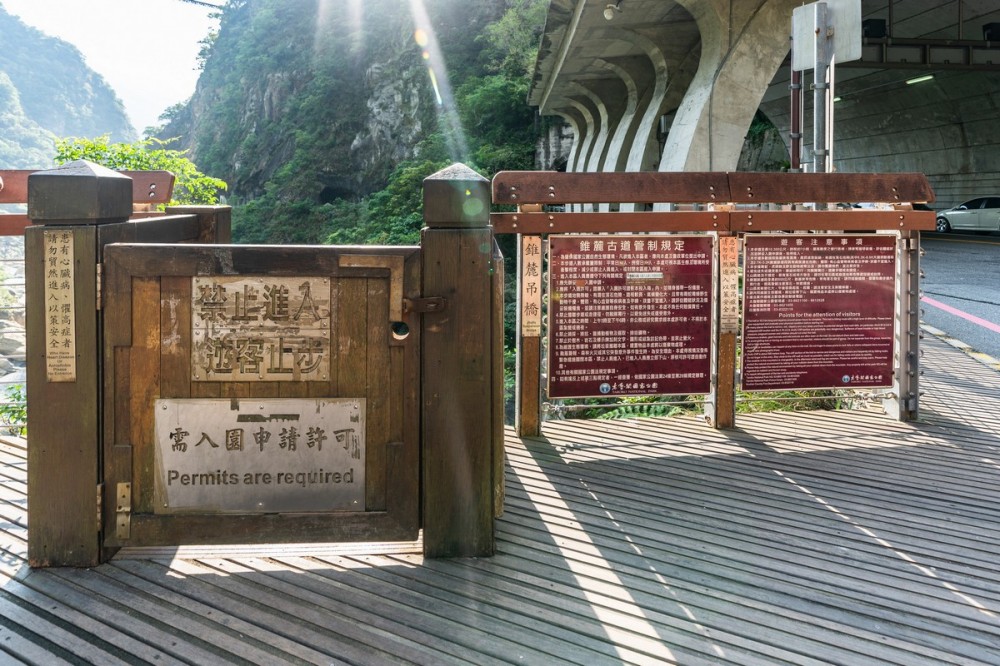 2) The rain season (end of April – June) isn’t the best time to visit: one word: slippy!

3) Some sites on the net say the path is closed. It’s actually just shortened – a recent typhoon flooded a stretch. Not it’s a mere 3+ kilometers long, not the usual 10+.
You need to go up steps some 500 meters on the vertical to get up to the path. Here we go!…: 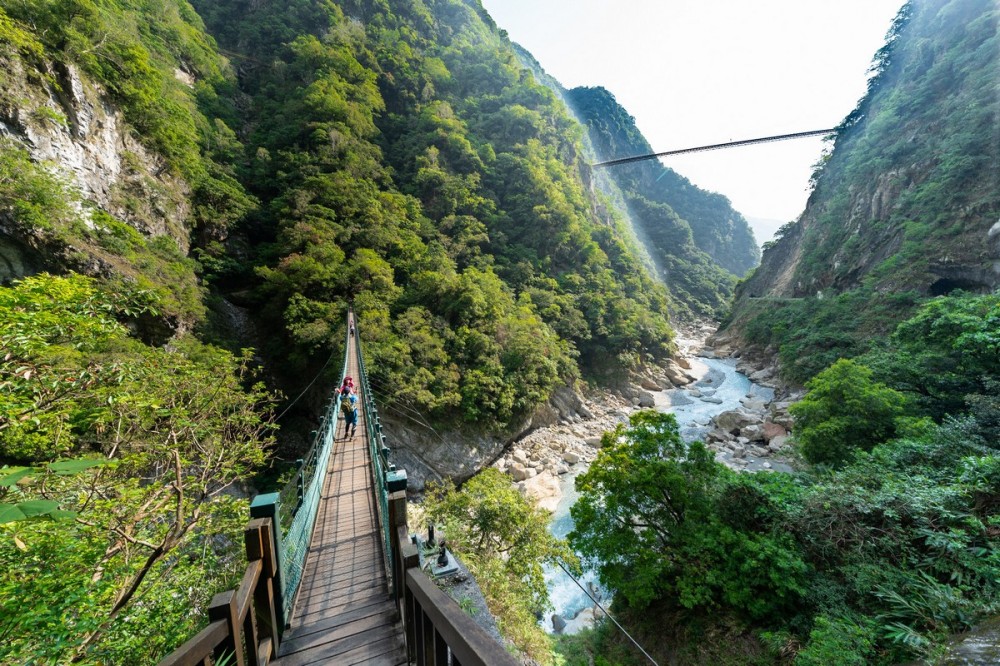 The path’s a good quality one: stone, with occasional steps and suspension bridges; well-signposted, with a sign every 100m with distances walked.

You get to the end of the path, take a breather, then head back along the same path!…

That’s all for today folks! To be continued!…

The rest of the photos from Taiwan are here.