I think this day was the most Ecuad-awesome of all during our boat-based excursion of the Galápagos Islands. Two islands in one day: one with brightly-colored iguanas; the other – with similarly wonderful wild animals and sensational sunsets. The latter wonderful wild animals – I’d been expecting them sooner or later as I’d heard about them before, but here they finally were, in the flesh – Galápagos penguins! Yes, you read that right: penguins! Who’d have thought it – on the equator of all places?!

Indeed, as you can see – there are penguins here, but not all that many (compared to, say, Antarctica): only around 40,000, according to our guide.

Because they’re so few in number relatively, guides here tend to show you… just one or two penguins – not tens of thousands like on the Antarctic coast! 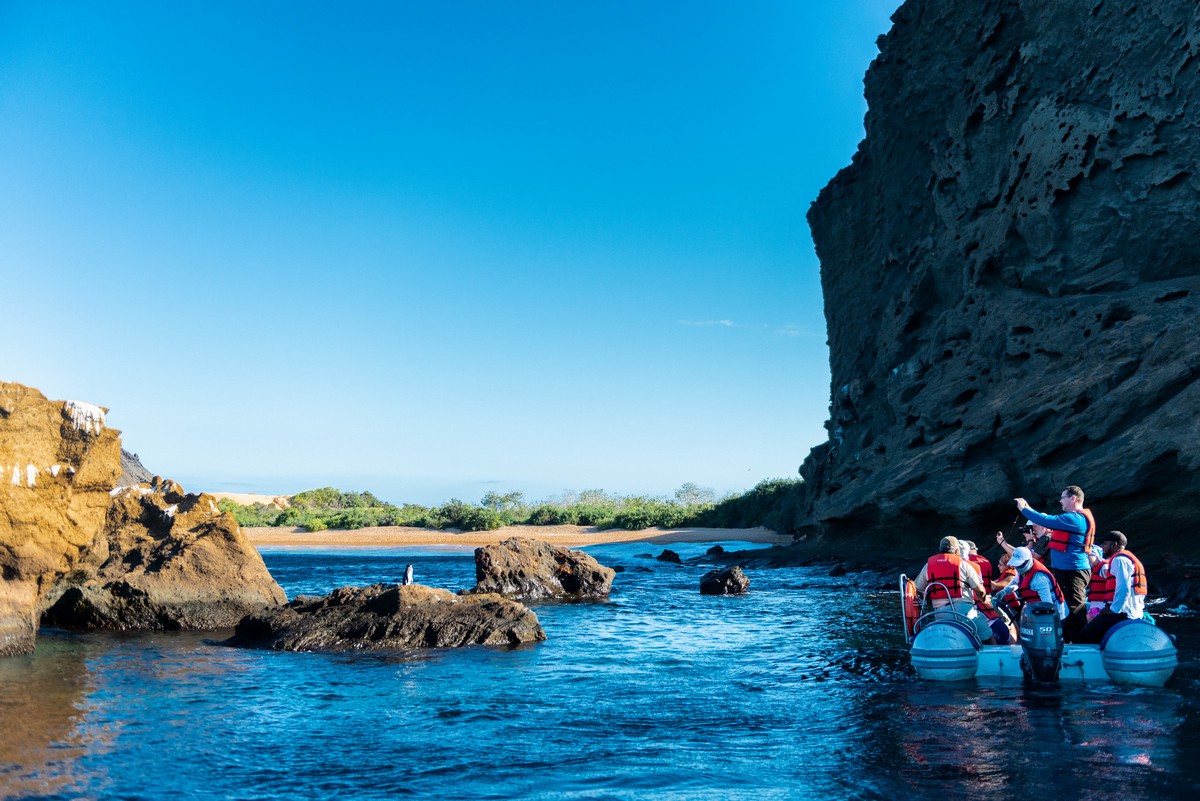 I should point out here that we saw these penguins on Bartolomé Island, here. That’s in the southern hemisphere. However, if the internet is to be believed, Galápagos penguins also reside on neighboring Isabela Island. Now, if that’s true, then, technically, it’s possible to meet penguins in the northern hemisphere!

I just wonder – how did these penguins end up all the way up here by the equator? How they survive up here – that’s clear: the ocean currents here are much cooler than usual for equatorial latitudes; also, the fish, crabs and other marine life that they feed on are stocked here in abundant quantities and are clearly most tasty to the Galápagos penguins. But how did they get here in the first place? A mystery.

All righty. Next Ecuad-awesomeness? It was the fact that Bartolomé Island was once volcanic! The whole island is actually a volcanic islet. Now, I’ve seen plenty of volcanism all around the world, but landscapes such as these – never. Such a high concentration of craters in such a small area: wow! Though the main volcano of the island is extinct, the place was gurgling and making popping sounds just like oil in a hot frying pan. My goodness. Such a shame none of us took a video.

It burped, then hardened:

There under the water are old calderas: 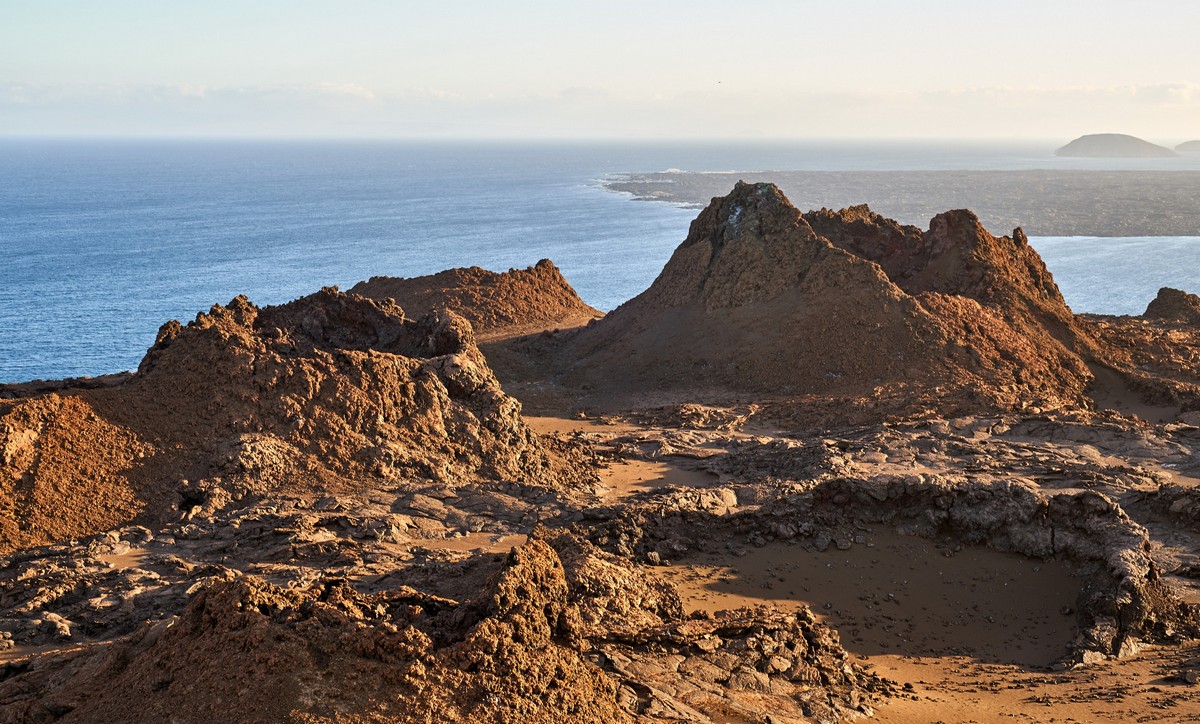 If you look carefully, here on the slopes of the main volcano you can make out where the lava came down in streams, and, in places, where the roofs of lava tubes collapsed:

The streams were very thin. That must mean that the temperature of the lava was very high and it flowed almost like water.

Our guide confirmed my theory, while also telling us that this eruption occurred some million years ago. But I didn’t believe it! The landscapes here look just too fresh for a million years. So I looked it up, but couldn’t find anything to the contrary. ‘Age: 1.5 – 2 million years‘ – according to one source. But around when this volcano blew its top – nothing.

It goes without saying – we climbed to said top of the main volcano. Handily, there are steps right the way up (a total of 372, apparently).

We finally make it up to the top. The views all around – oh my grandiose!

Sunset! As mentioned – sensational, but we reckoned the sunrise might have been even more so…

The sun already having set, it was time for us to return to the ship – or is it a boat? Hmmm.

And that – the sunset – was our third and final Ecuad-awesomeness of the day. Phew!…

That night, look who dropped by – a pelican! 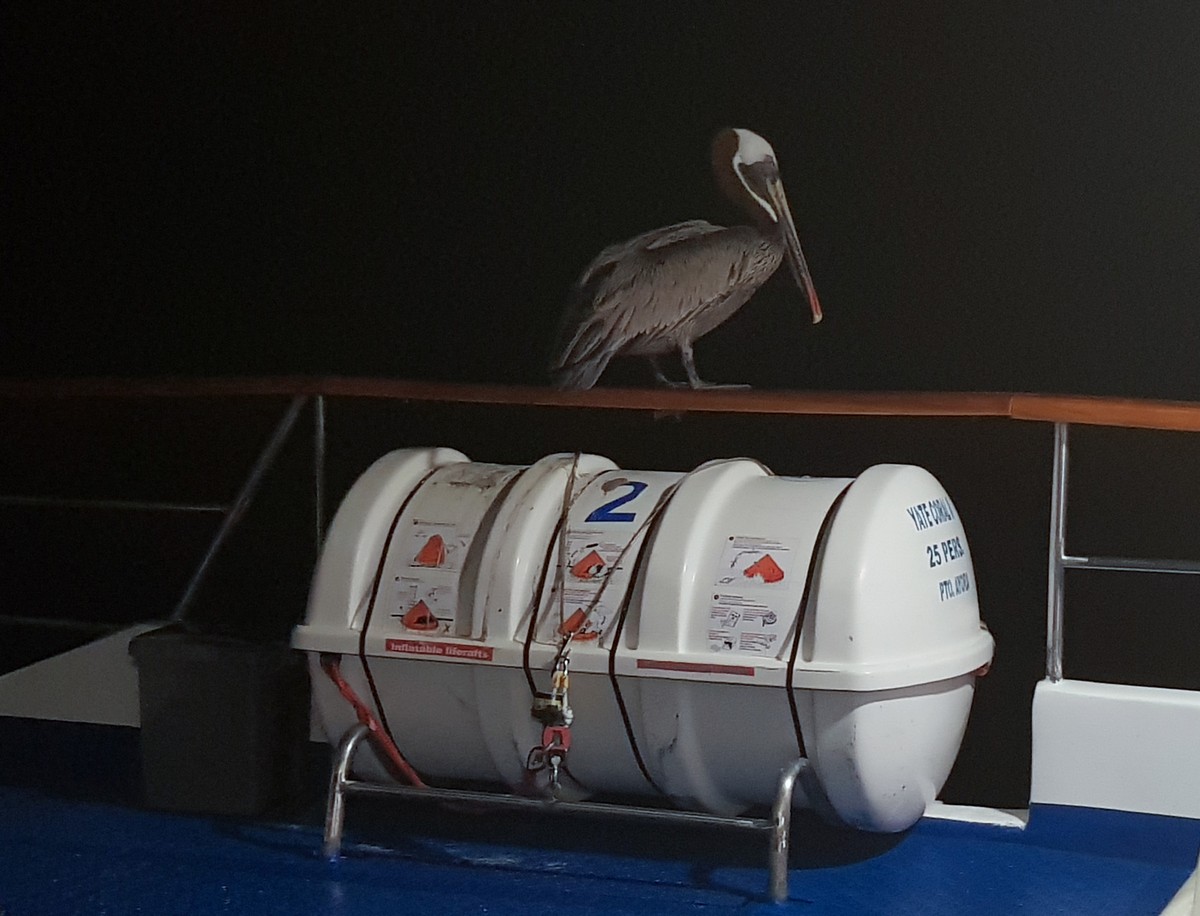 Yes that was a long, awe-filled day… 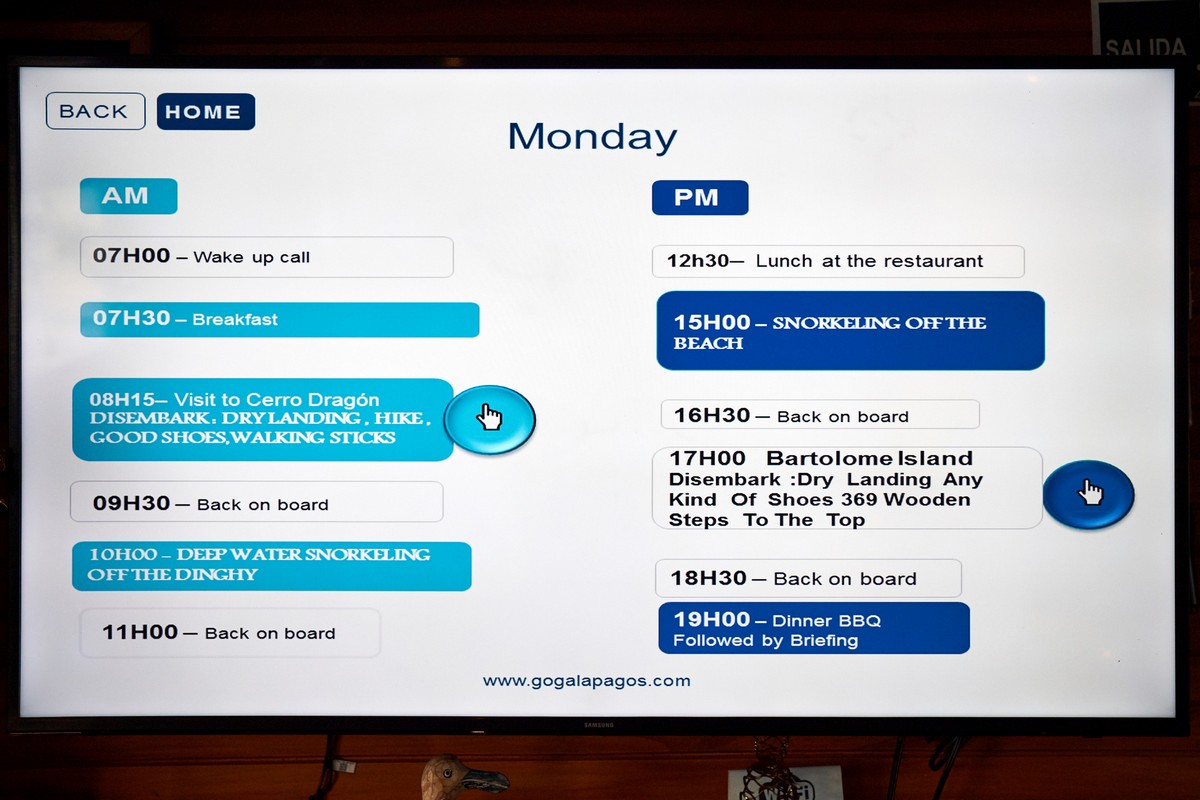 All the photos from Ecuador and the Galápagos Islands are here.