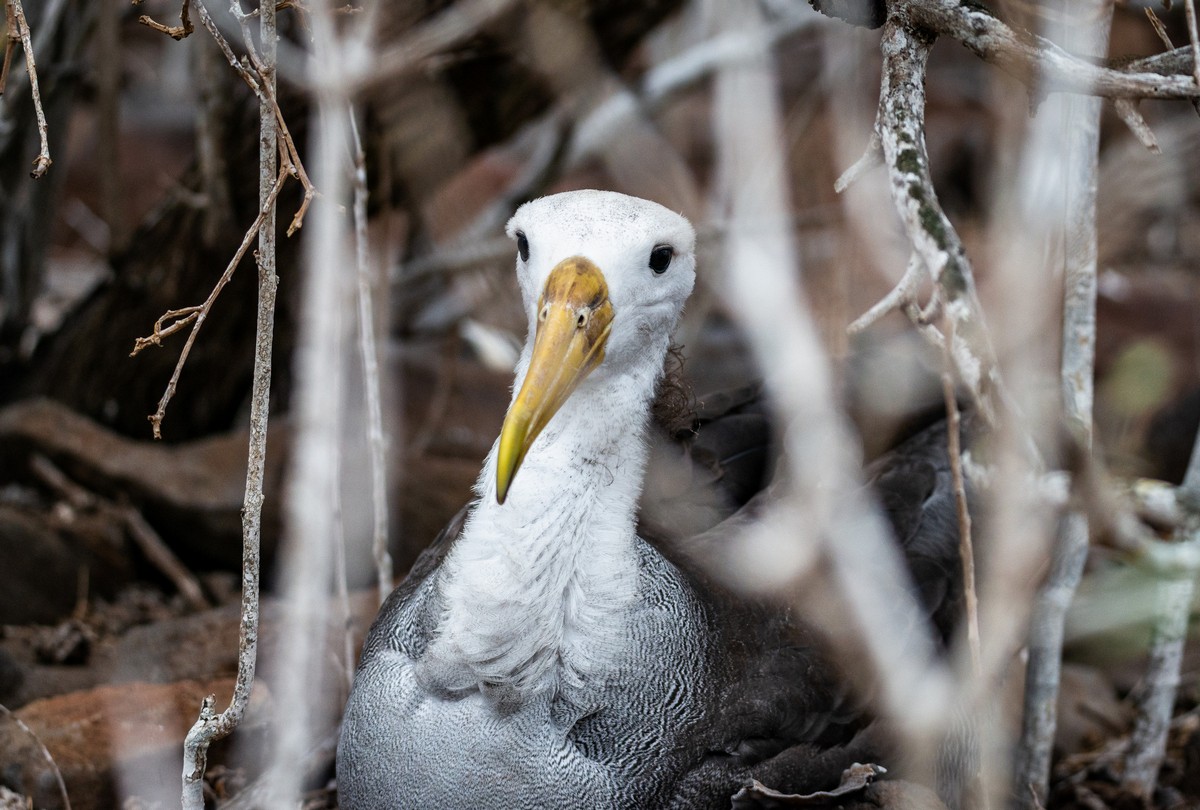 Mommy and daddy there are getting a bit touchy-feely. Probably saying their goodbyes before they fly off in different directions for years. Our guides told us albatrosses are monogamous, btw.

Ok, baby is ready for his first flight. But albatrosses can’t fly off from sea or land – they need a cliff by the ocean and a strong wind. So poor baby has to walk over uneven ground thereto: 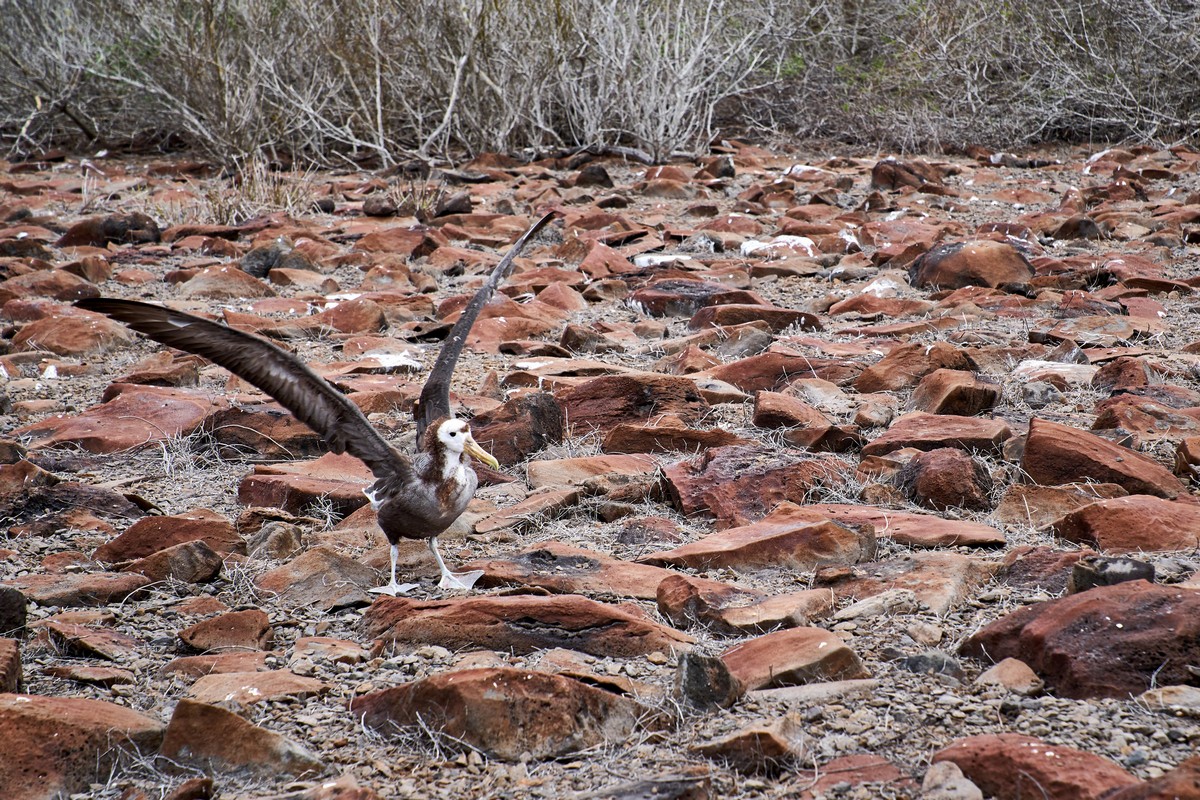 Off he hikes, occasionally flapping his wings as if to test them. Probably scared. Probably hungry too… but the parents just abandon baby to his fate – all to make him stronger, in the best Darwinian tradition of course ). No one promised him he’d be fed all his life… 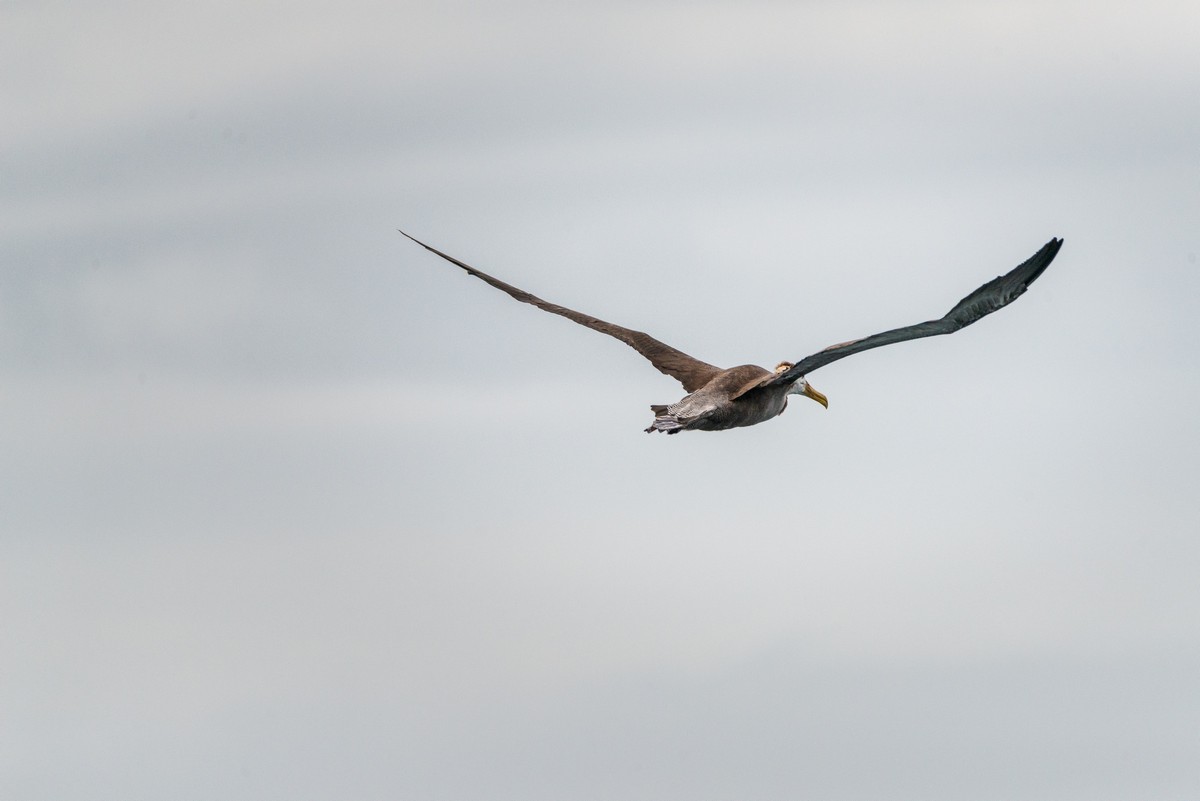 That’s all for today folks, but I’ll be soon – with day three…

All the pics from Ecuad-awe are here.