On the recent Antarctic adventure I was accompanied by:

So, how does one get to the Antarctic Peninsula?

Well, you could go on a special plane (yep, they have aerodromes there), or, like most polar adventurers – by ship. By ship you’re likely to set sail from the southernmost tip of South America via the Drake Passage to the northernmost tip of Antarctica (yes, that does sound an odd combination:). 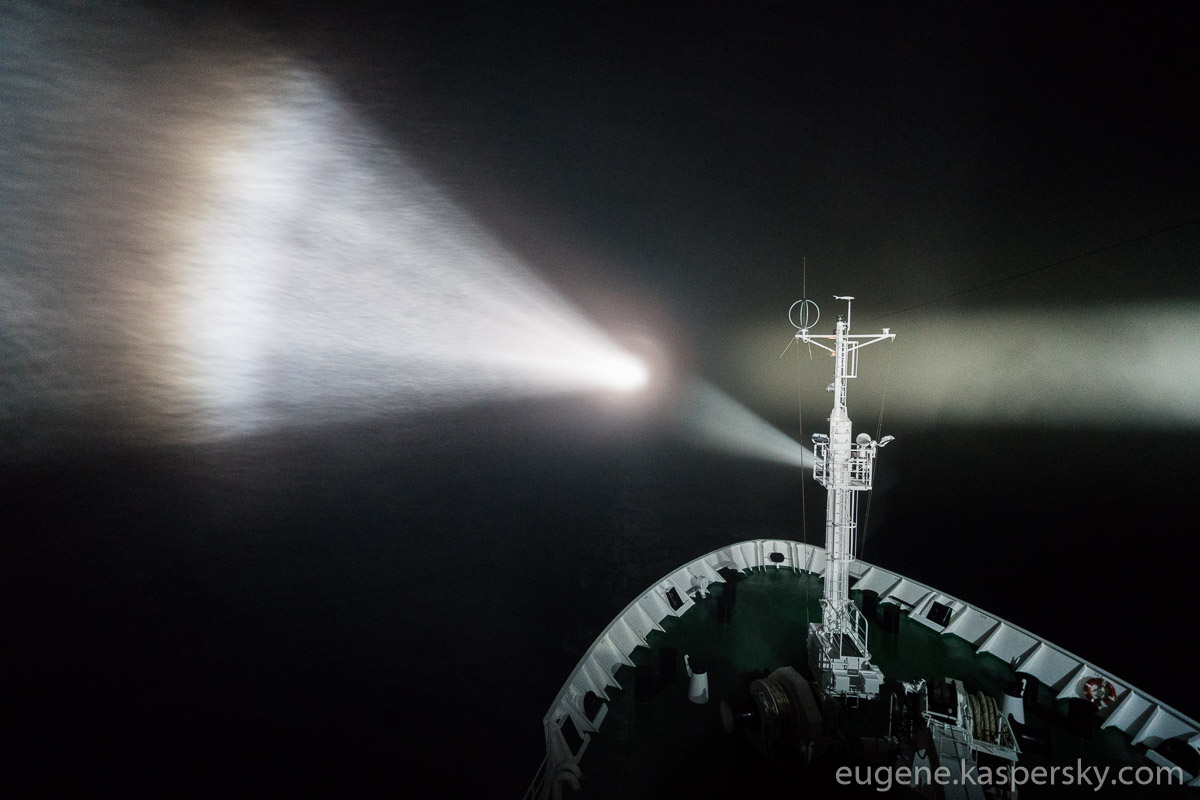 You thought it was a mere ‘English Channel’ between the civilization (bed, shower, toilet, Internet) of southern Argentina or Chile to the wilderness (not much besides ice, whales, penguins, icebergs) of the northernmost Antarctic islands? No, it’s a lot further than that – a whole 1000km (600 nautical miles) – and all of them in the Drake Passage, meaning the icy winds of the 60th parallel south, which are fiercer than the Roaring Forties.

But we were lucky. I overheard a conversation up on the bridge that went something like: “I think we’ll pass on the 18-meter high waves”, and the captain maneuvered the ship to calmer waters. Phew. But all the same we were rocked about good and proper. I wasn’t expecting such choppy seas… clearly: I didn’t fasten down my various bits of kit like camera gear, toothbrush, soap and so on. At night it all flew about the cabin and disturbed my sleep. And in the morning I had to collect all the bits and bobs up from all sorts of unexpected nooks and crannies. Miraculously nothing was broken.

The Drake Passage: we heard some interesting tales thereabout. The one that got lodged in my memory was the one about what the English Crown would give to sailors who sailed for the first time through the tempestuous passage:

What they gave the seamen for their second passage through the passage was even cooler, but I’m afraid I can’t recall what. Well I don’t blame the English monarchy one bit for setting up such an honors system back in the 16th century: even in the 21st – on a relatively modern ship specially designed for the rigors of such a raging route – the experience… sure deserved a (gold platinum) medal or some such ). 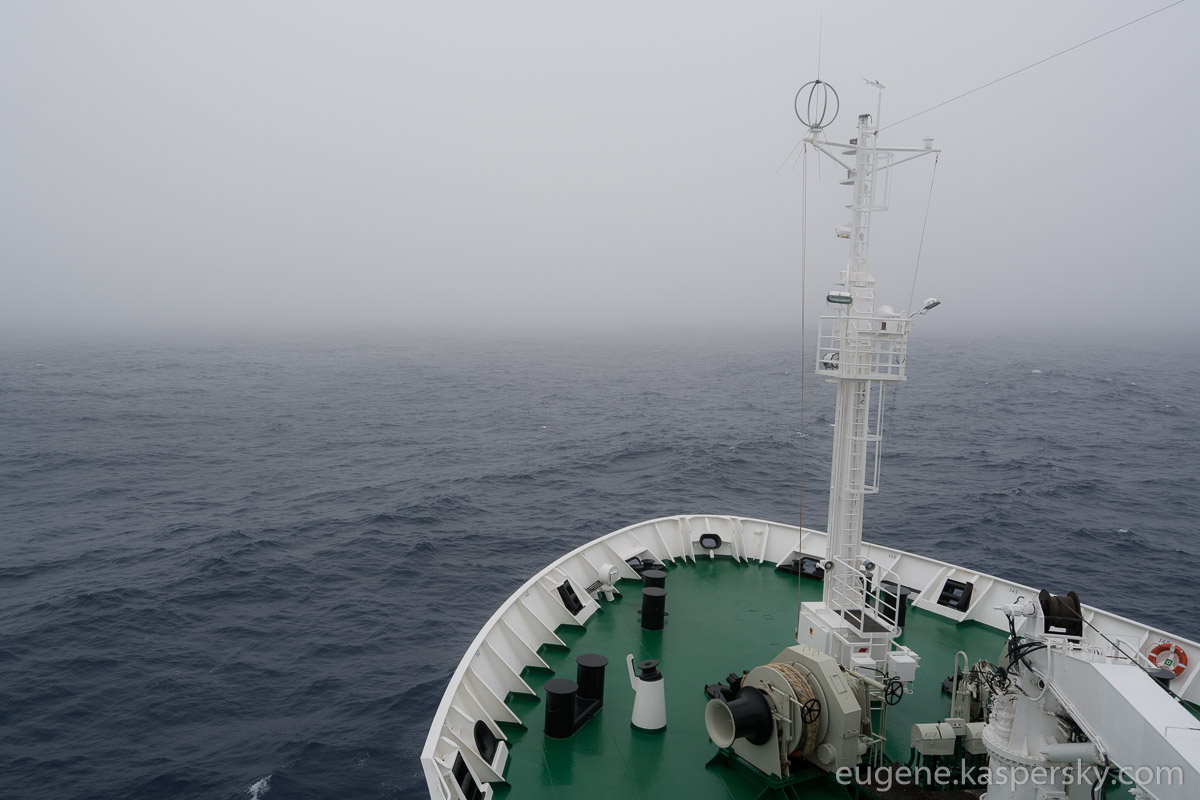 Er, I thought I deserved a platinum medal, but it turns out that our passage was a thoroughly gentle one, “with hardly any waves”. EH? Here’s the ‘hardly any waves’ (!): 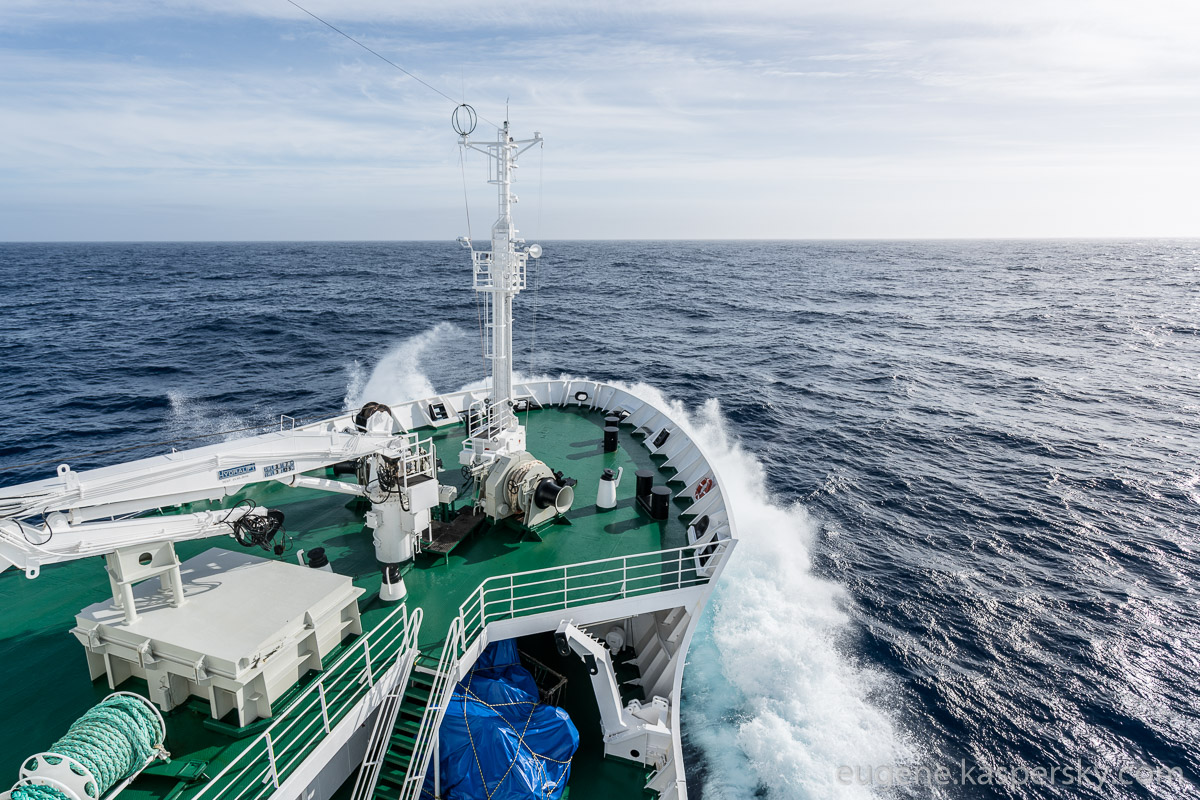 Hmmm. The pics don’t really convey the reality of what it was really like on the Drake Passage. I mean, these waves really were big. Honest! Suppose you had to be there really. 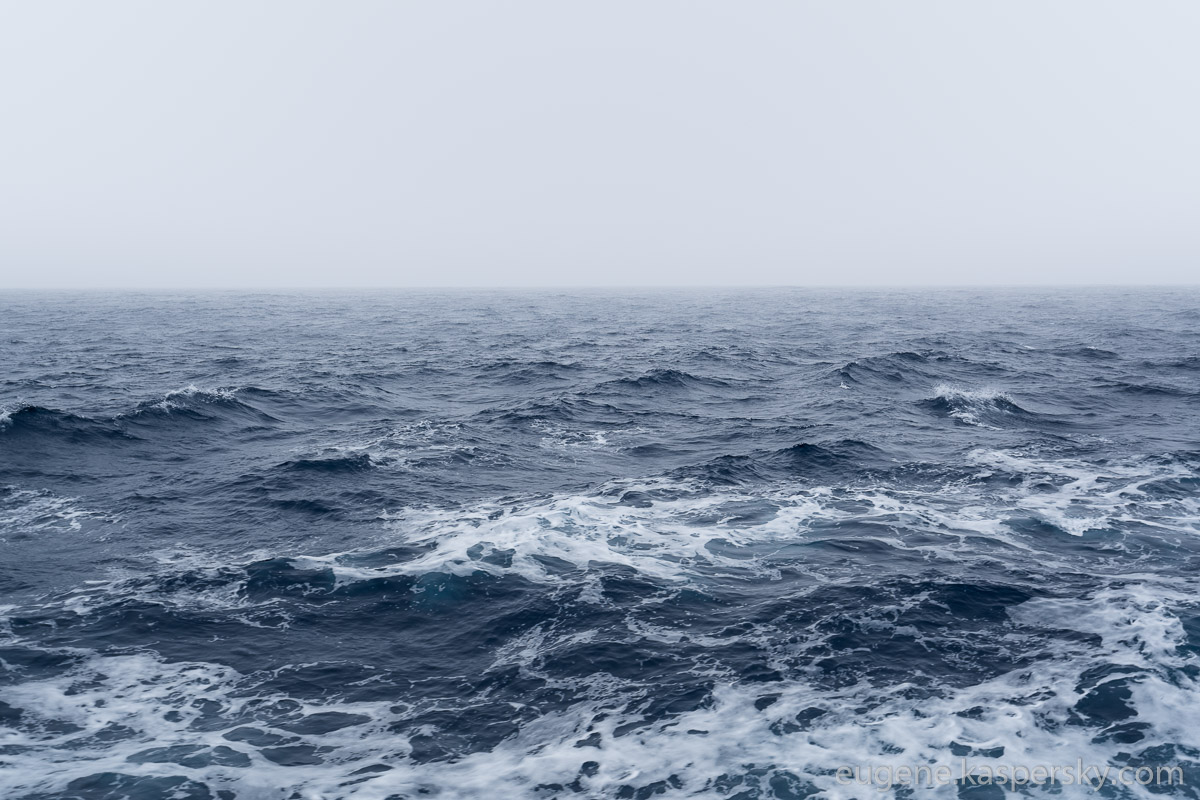 It goes without saying we – hardly hardened sailors – found it all a bit trying. Some lied on their bunks. Others shot horror movies:

Some were braver than others…

Here we’re crossing the Antarctic Circle – all of us a bit shell-shocked after a night on the Drake.

And here come the ice fiords and icebergs!… 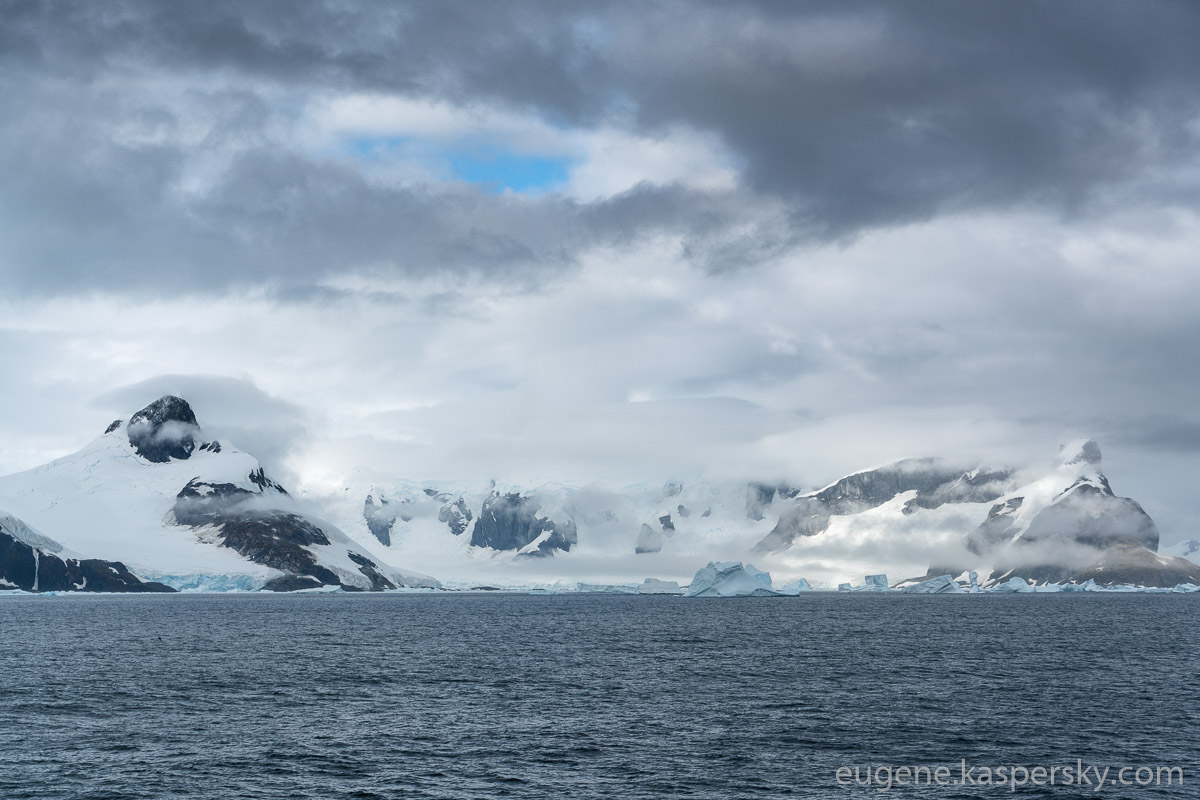 That was the journey across Drake Passage going there. On the way back, since we were all by then seasoned seafarers, the crossing was a Drake-walk. Indeed, we knew exactly how to walk – with the feet much further apart than on solid ground :).

Here’s a pic on the way back. On the horizon – Cape Horn!

Well, what better time for having a drink of Cape Horn beer could there ever be?! I’d still a few bottles in the fridge I’d forgotten about. ‘A Cape Horn at Cape Horn!’ ‘Sound the horn, drink Cape Horn – for here comes Cape Horn!!!’ 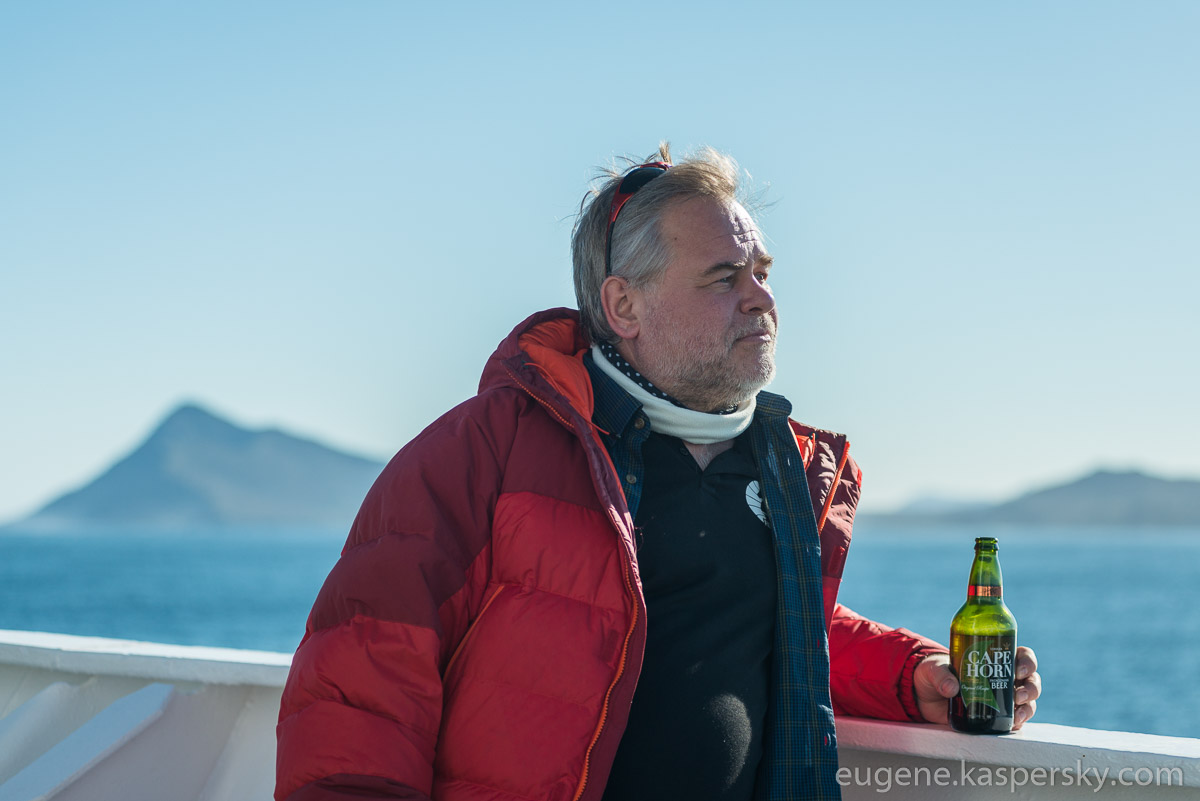 When in Rome at Cape Horn… 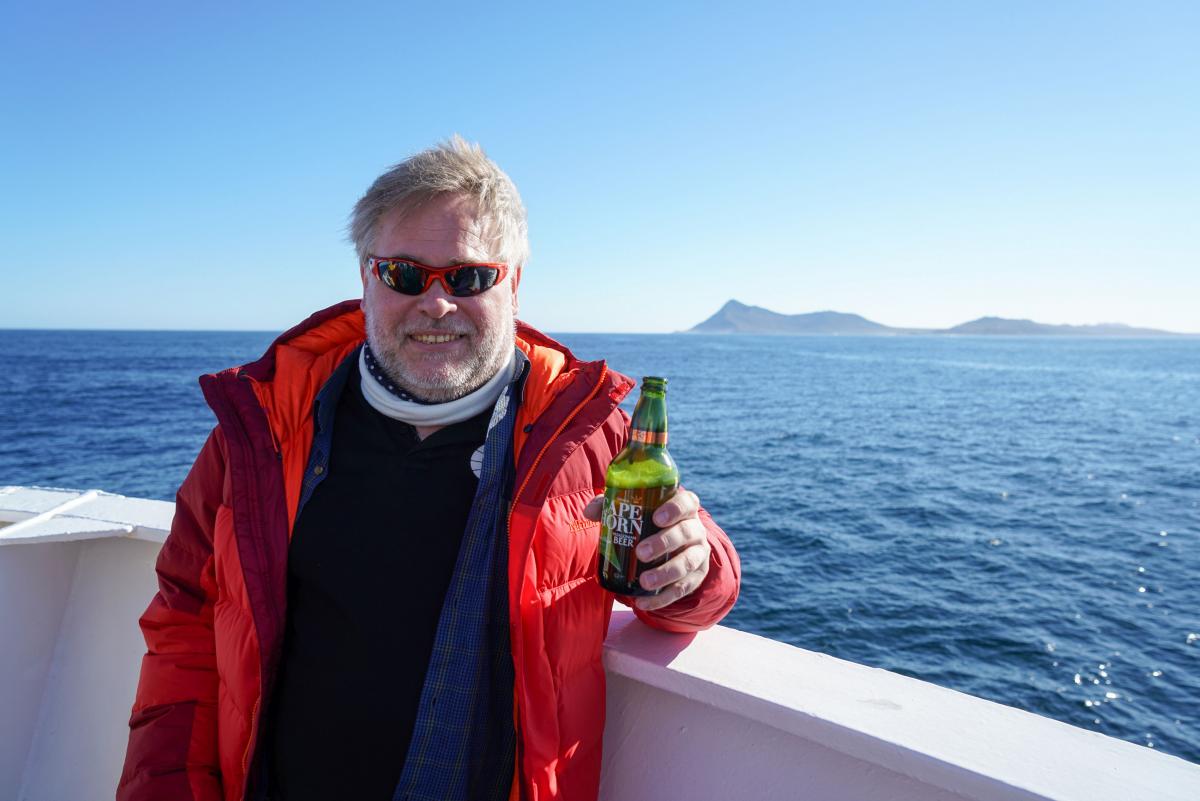 And that was our second Drake Passage adventure over. Next up – sunset, port, farewells, transfer, avia… 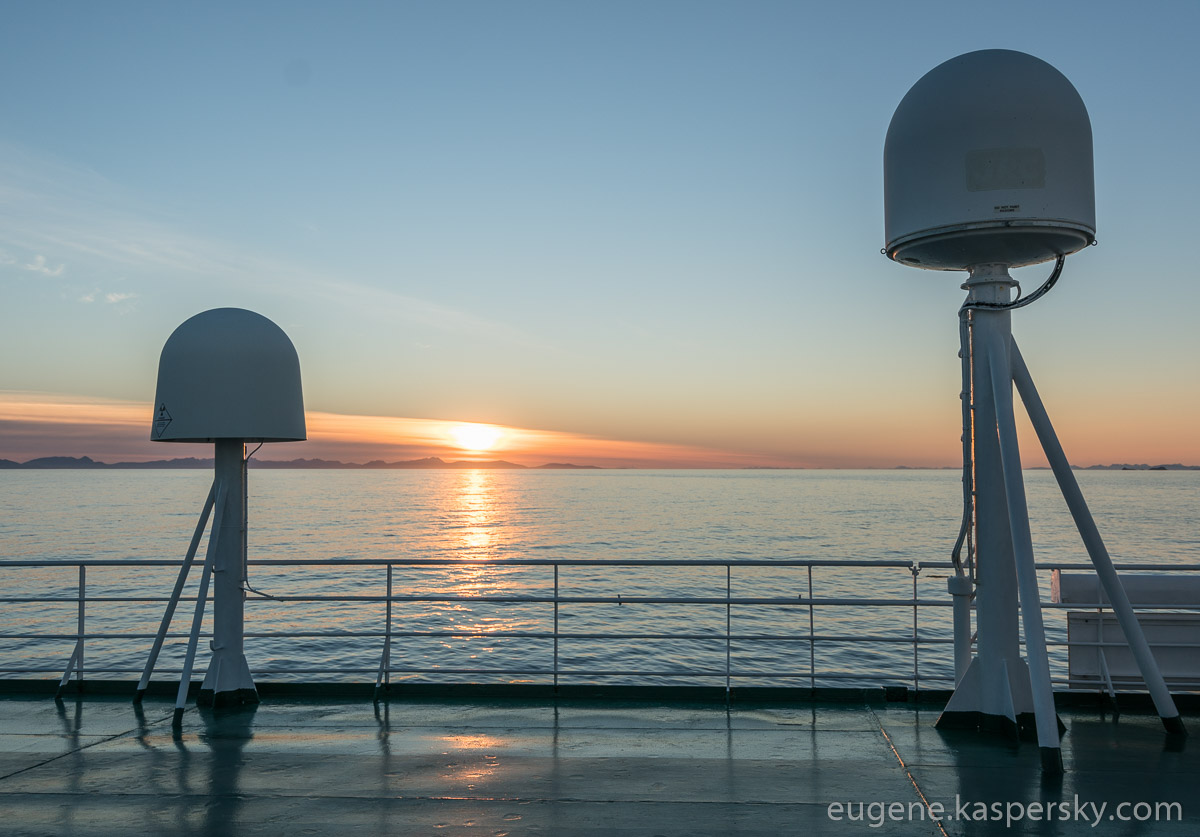 PS: Albatrosses! I see why Coleridge was so taken by them. Amazing birds! They don’t land on the sea as they’d not be able to fly up again, and when up in the air they don’t even flap their wings – they just glide. And glide. And glide! Incredible. We never saw a single flap in all the time we were gawping at them – which was a long time!

Albatrosses spend precious little time on land – only for mating, laying eggs and briefly bringing up their offspring, then they’re gliding up in the air for getting on a year! They glide thousands of miles out to sea, and then without any GPS/GLONASS find their way back to the very same island they call home several months later!

Know more about albatrosses? Tell me please – in the comments!

// The previous pic – some kinda ducks or local netta – not albatrosses. Alas, their presence tells us – land ahoy! These never fly far from land…

All the Antarctic photos are here.