Not tired of my tales and pics from our China-2018 trip yet? Or are you used to them already? Then get more of the popcorn in, for here comes another installment of words plus 100+ photos – this time on the tortoise-resembling Guifeng (龟峰), just 60km from the previous day’s Longhu. The www outside China appears to know practically nothing of this tourist attraction; the only thing I could find in English was this. Accordingly, if you do want to find out more about this place, take those two Chinese hieroglyphics, enter them into Baidu or something, then get the net to translate what you get.

If such an operation looks too burdensome for you, there’s an easier option: read on!…

And guess what was at the entrance to the park? Yep – the usual new, swish, enormous tourist center! As per the habitual routine, it was buy tix, check out the map, climb onto a shuttle bus, and off we go…

Everything’s so brand spanking new, even the little trees are still on a drip-feed of minerals! It looks like they’d only just been replanted. 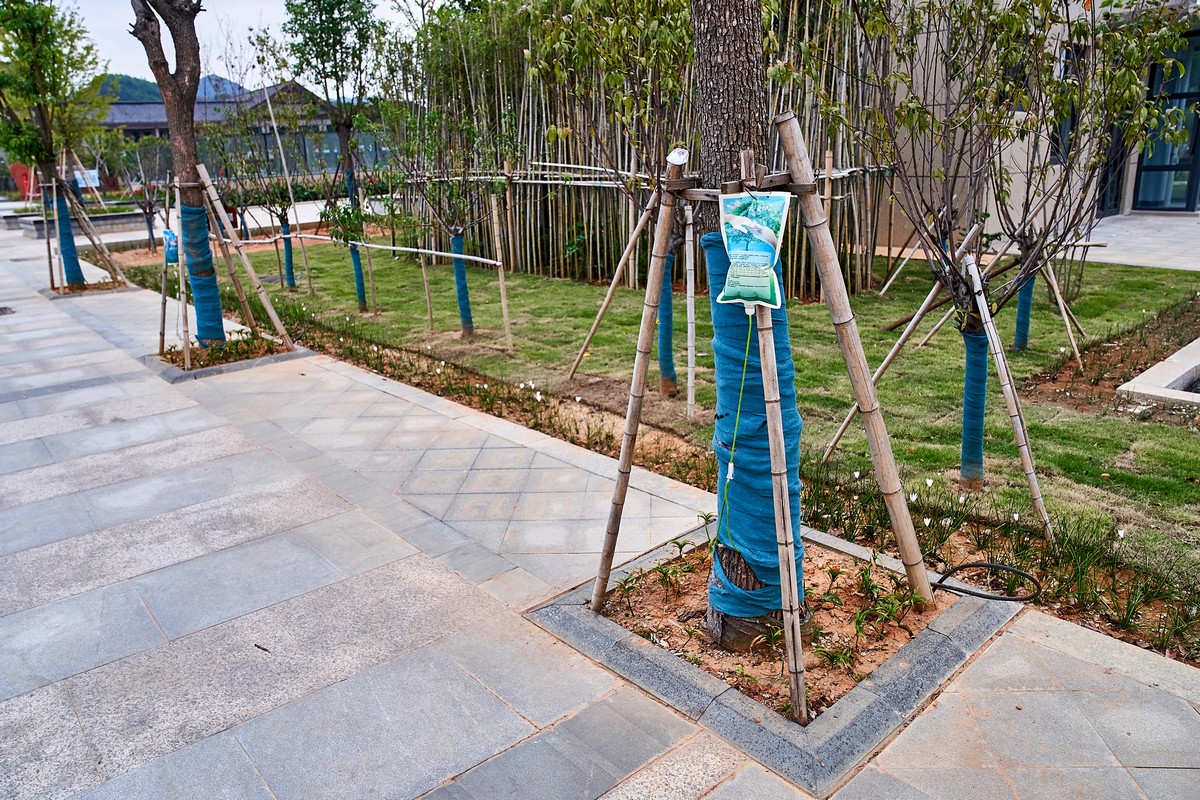 Brief info: it turns out there’s more than just the one turtle mountain here (which you can walk around within a couple of hours). There’s a dozen or so different mountains, plus various rocky formations, plus a zoo (!), all of which bump up the total walking time to five or six hours! This day, accordingly, was a tough one, requiring plenty of stamina – for we just had to see it all! 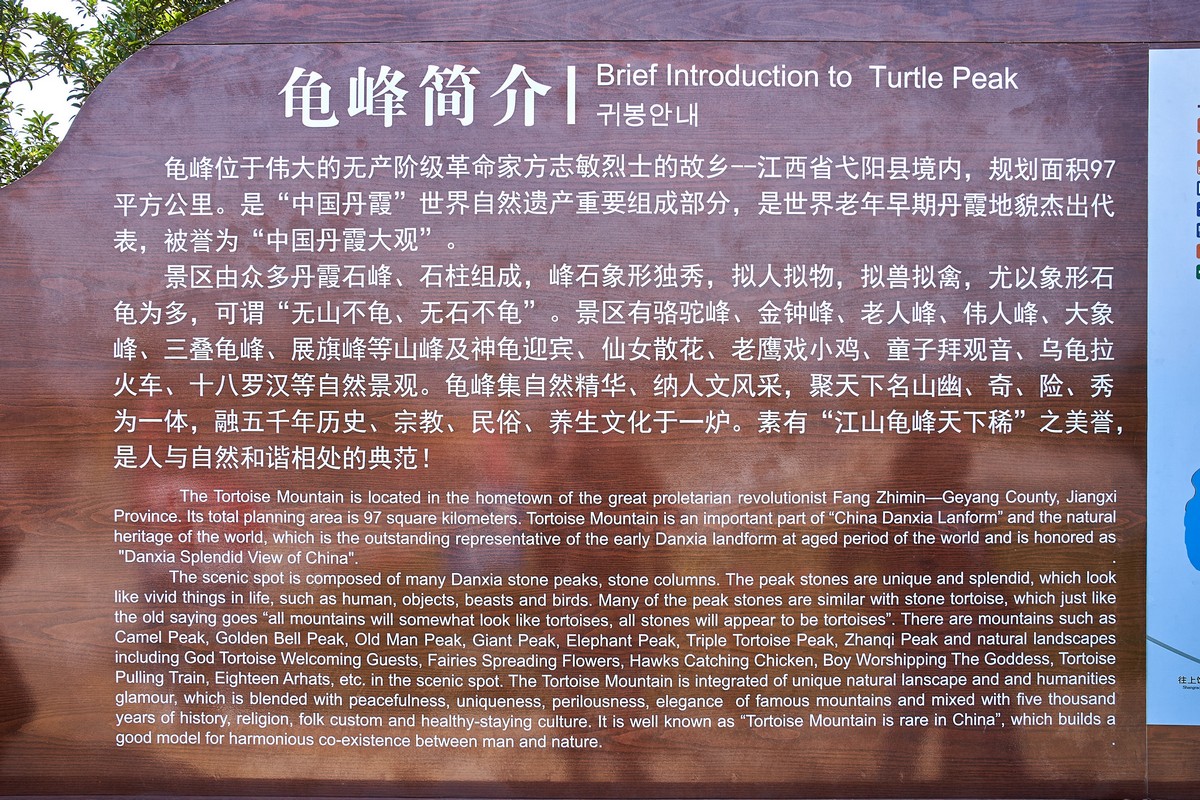 The whole route forms a circle around the territory. You get to the start of the route on a bus, and either have some short walkies and return to the bus for it to ferry you to the next highlight along the route, or you continue on foot for most of the circuit (the last leg (when you’re already on your last legs:), mercifully, is a boat ride on the lake). 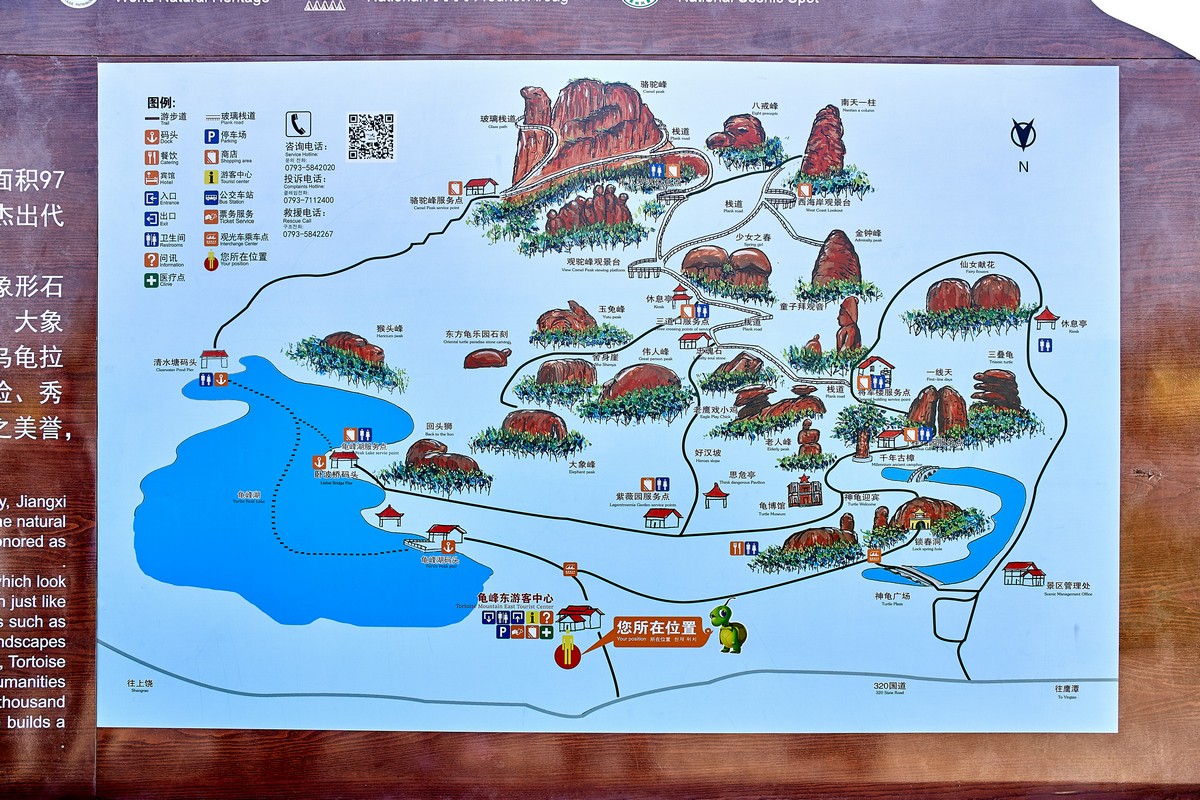 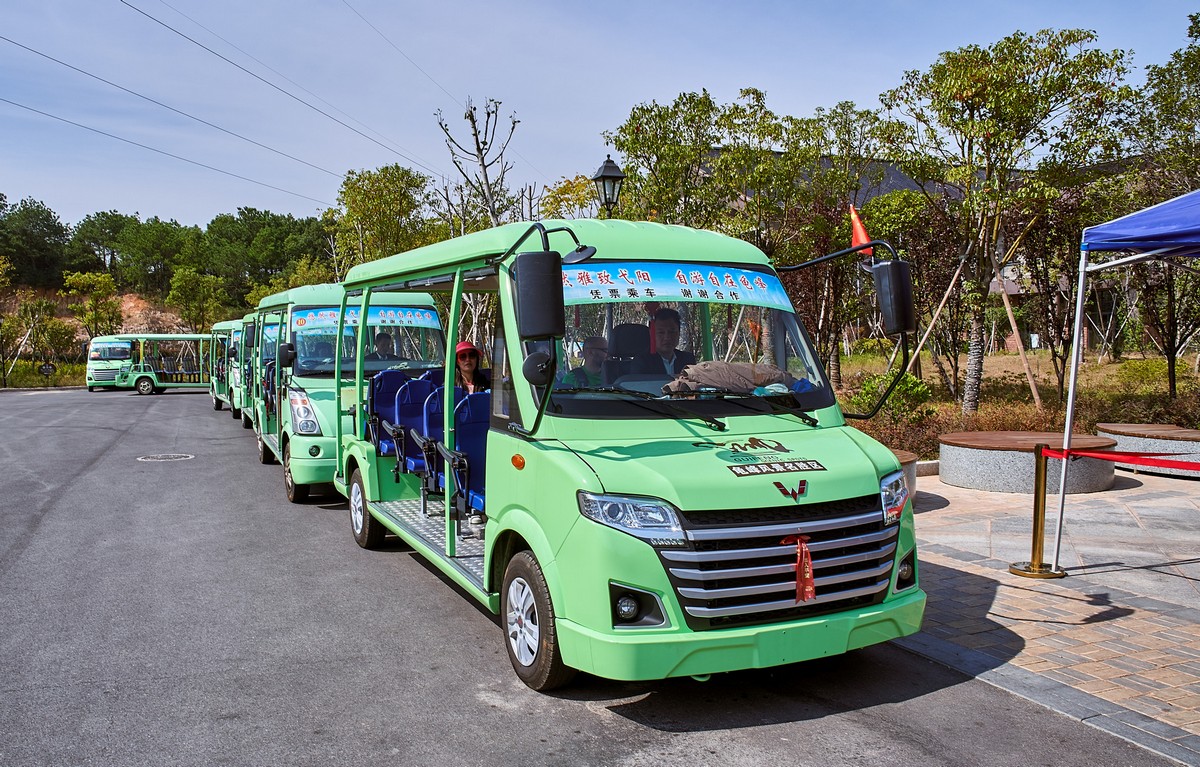 Yet another grandiose entrance – this one to a tunnel through the mountain: 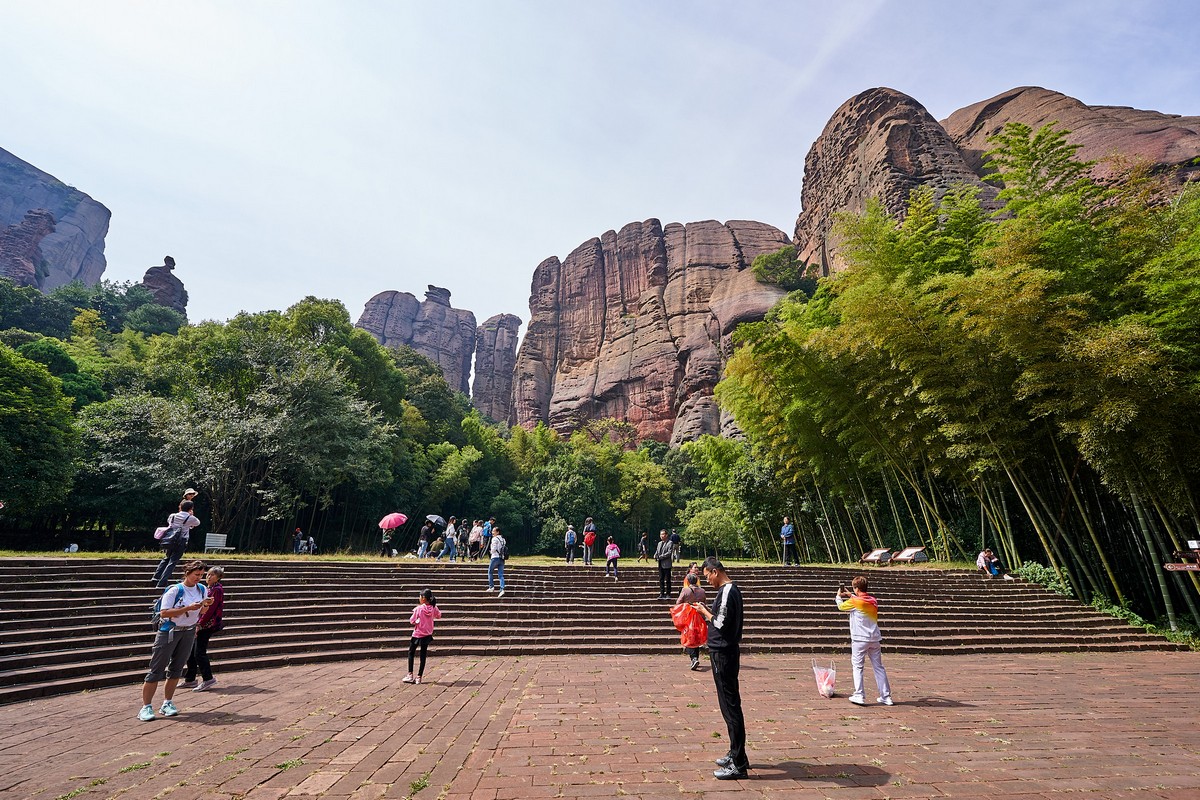 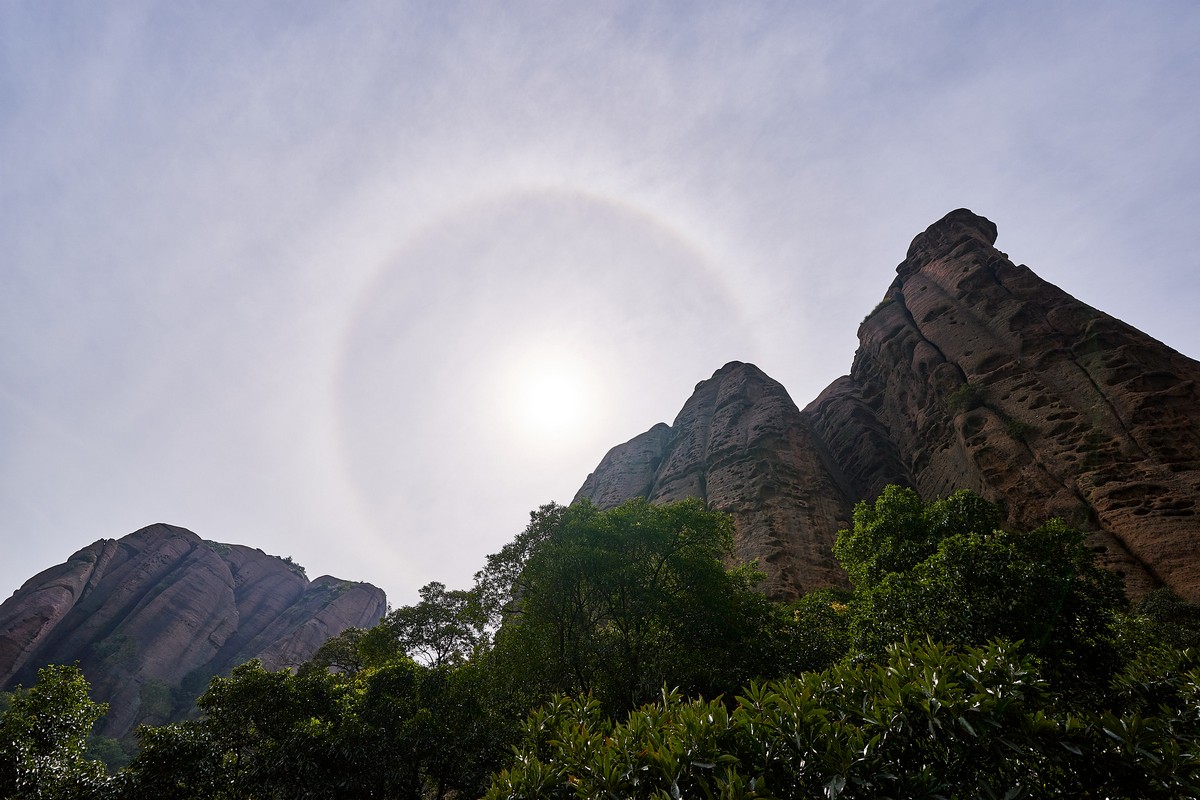 There’s not much to tell you about this day really. We walked, we squeezed through narrow crevasses, we were thrilled by the scenery, we took lots of pics…

More awkwardly fallen rocks! We had to get on hands and knees to get under them!

As usual – the snack bars, stalls and public conveniences: plentiful and convenient. 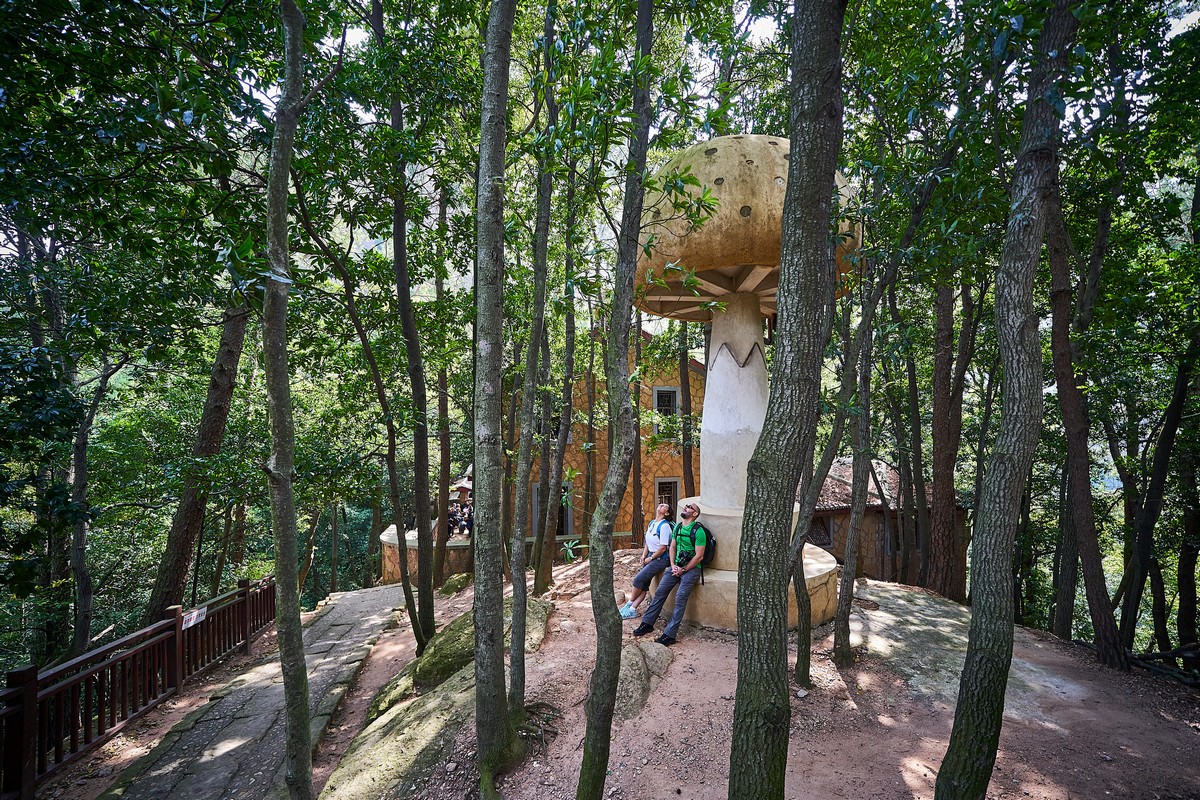 The rock formations become all the more unusual:

And finally, we get there – to the turtle!

A face peeping out of the forest:

And more elevated paths and steps!

The further we go the more grandiose the views become:

And the steps steeper: 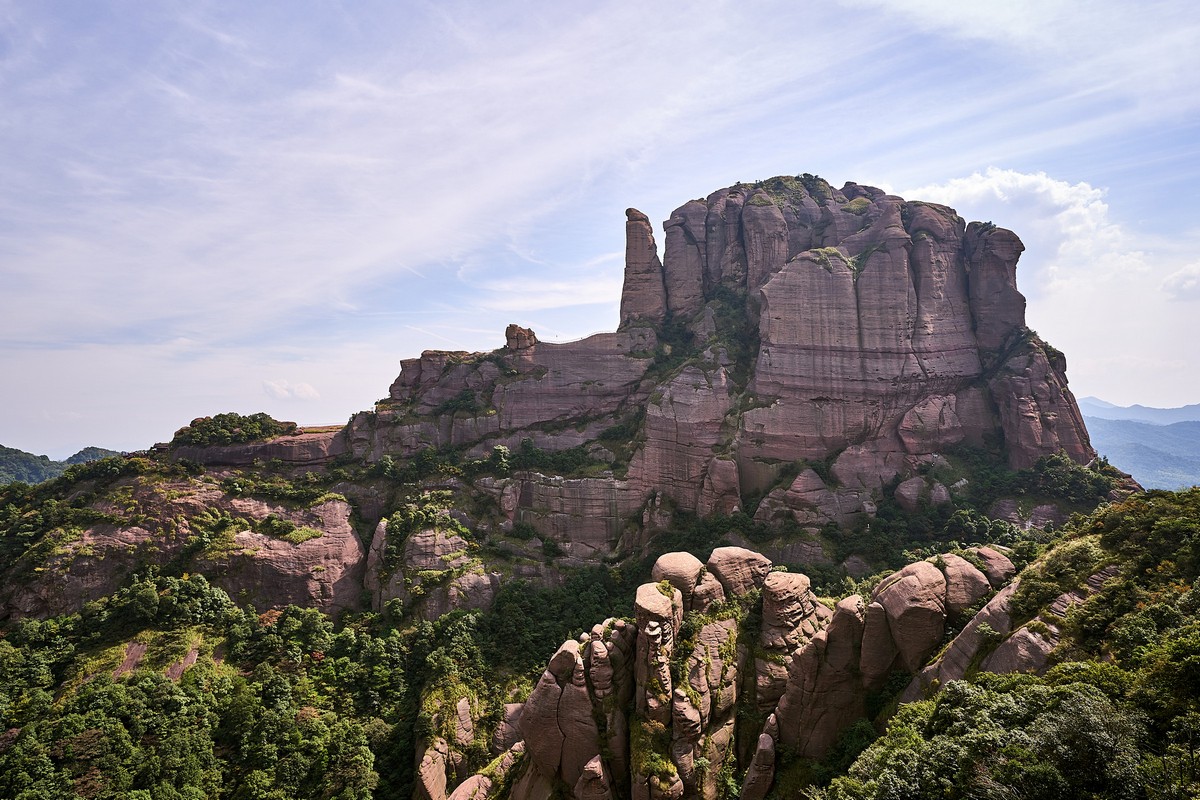 …To the top of the mountain that’s opposite the camel:

Oh my – these steps! 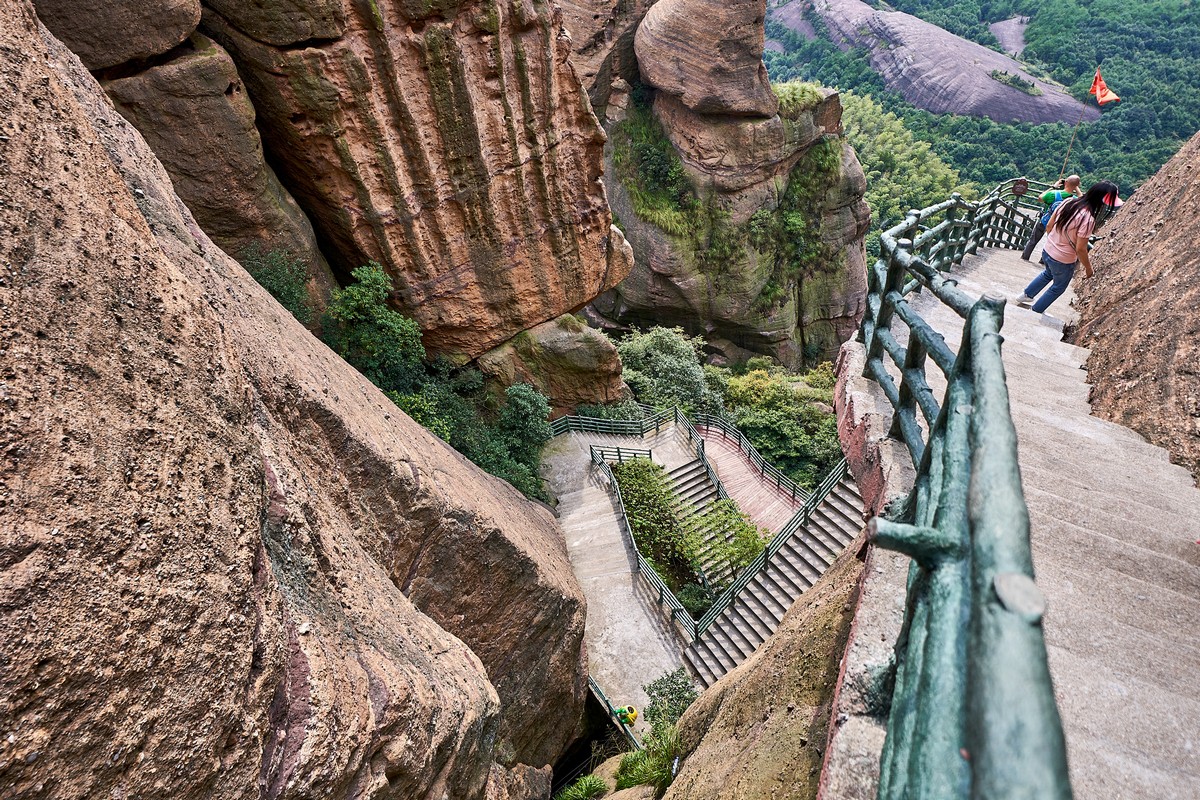 What do you see?! 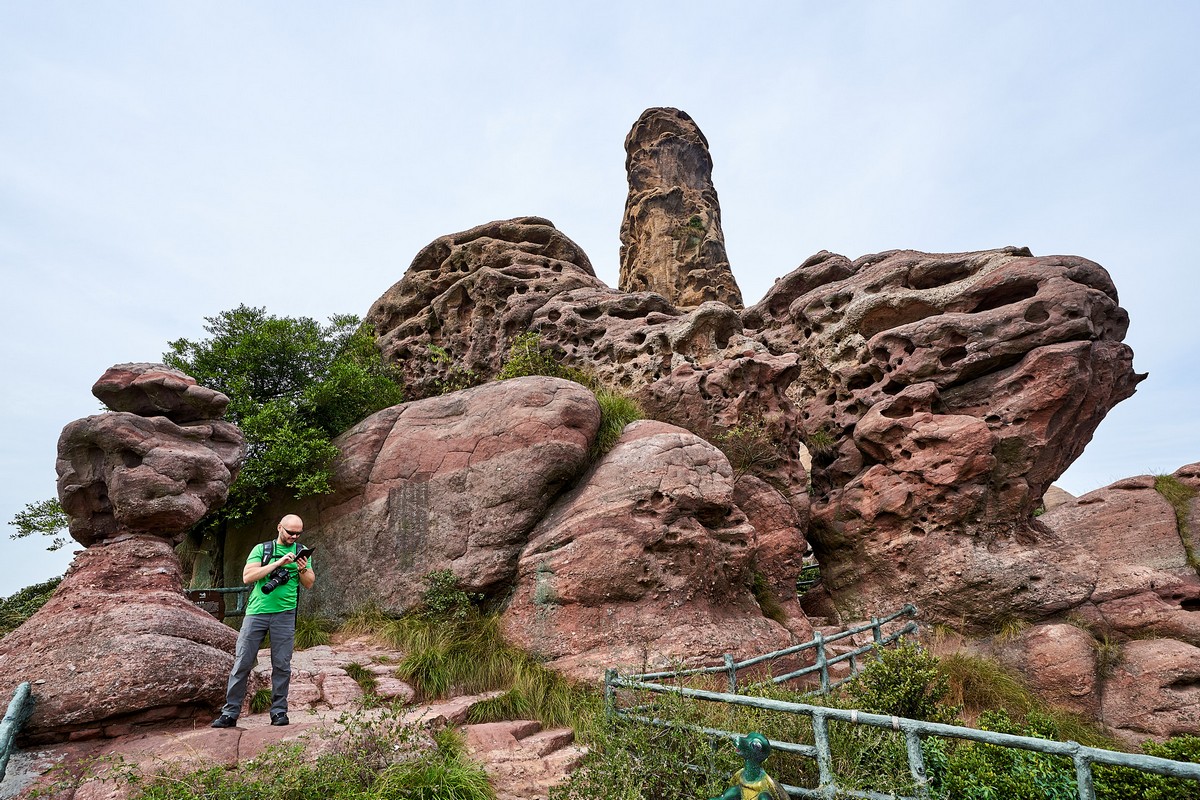 Next – climb up onto the camels hump! 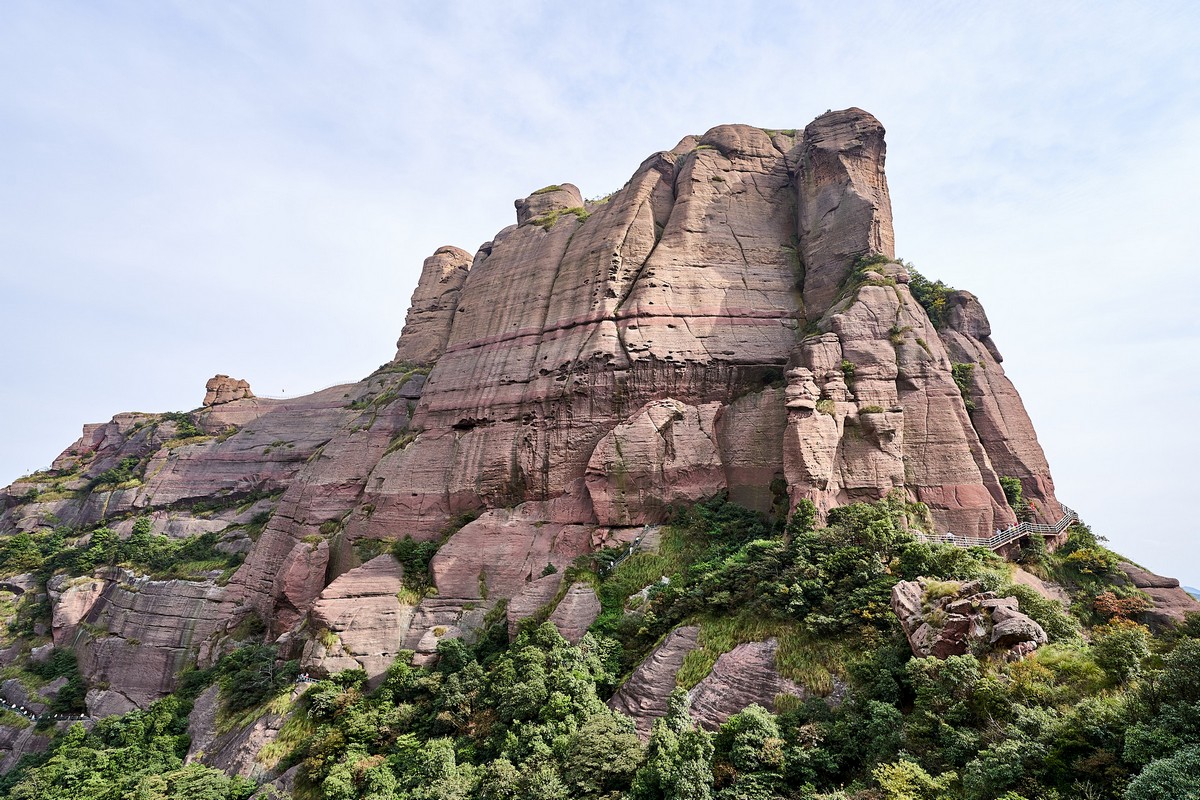 Glass floor alert! Not my cup of tea, but there was no other way today: 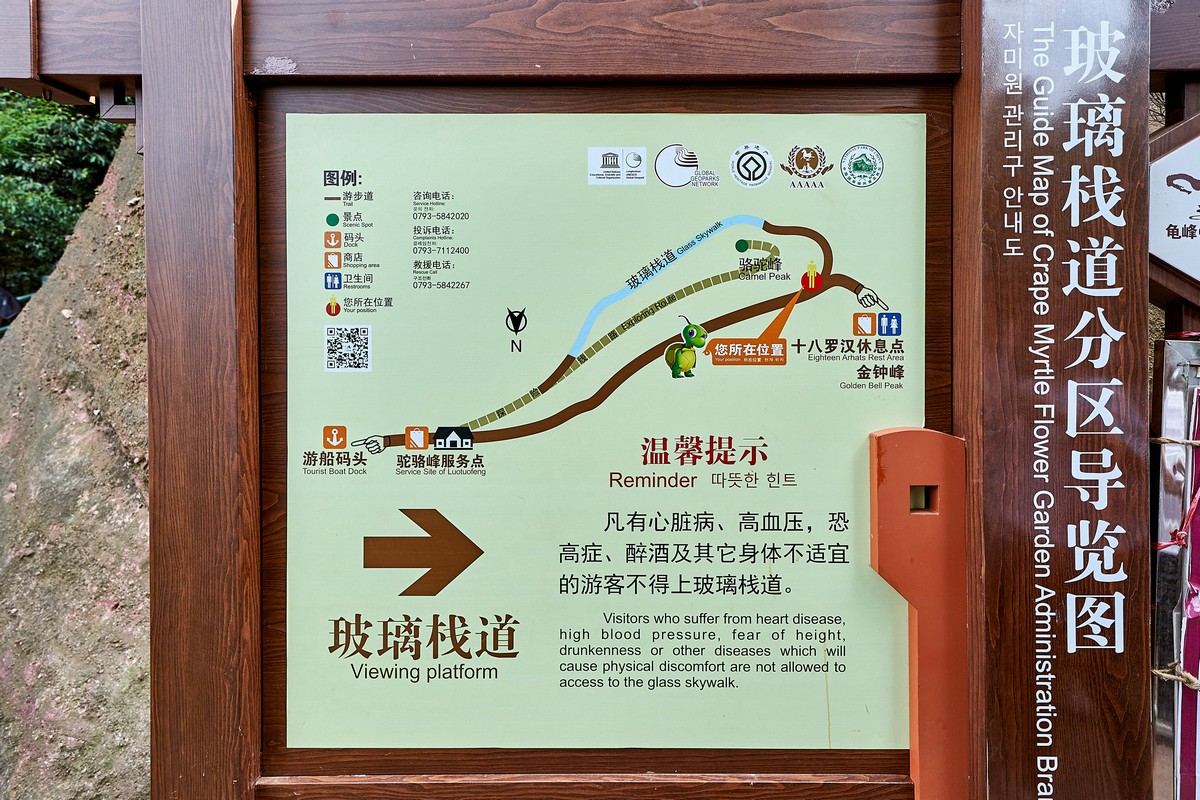 One last look behind, and up we climbed…

Here’s the glass floor. You have to wear shoe covers (so as not to scratch the glass), clench your teeth, and just step forward!…

What? Smashed glass down below? Very comforting!

Phew: back onto glass-free steps!… 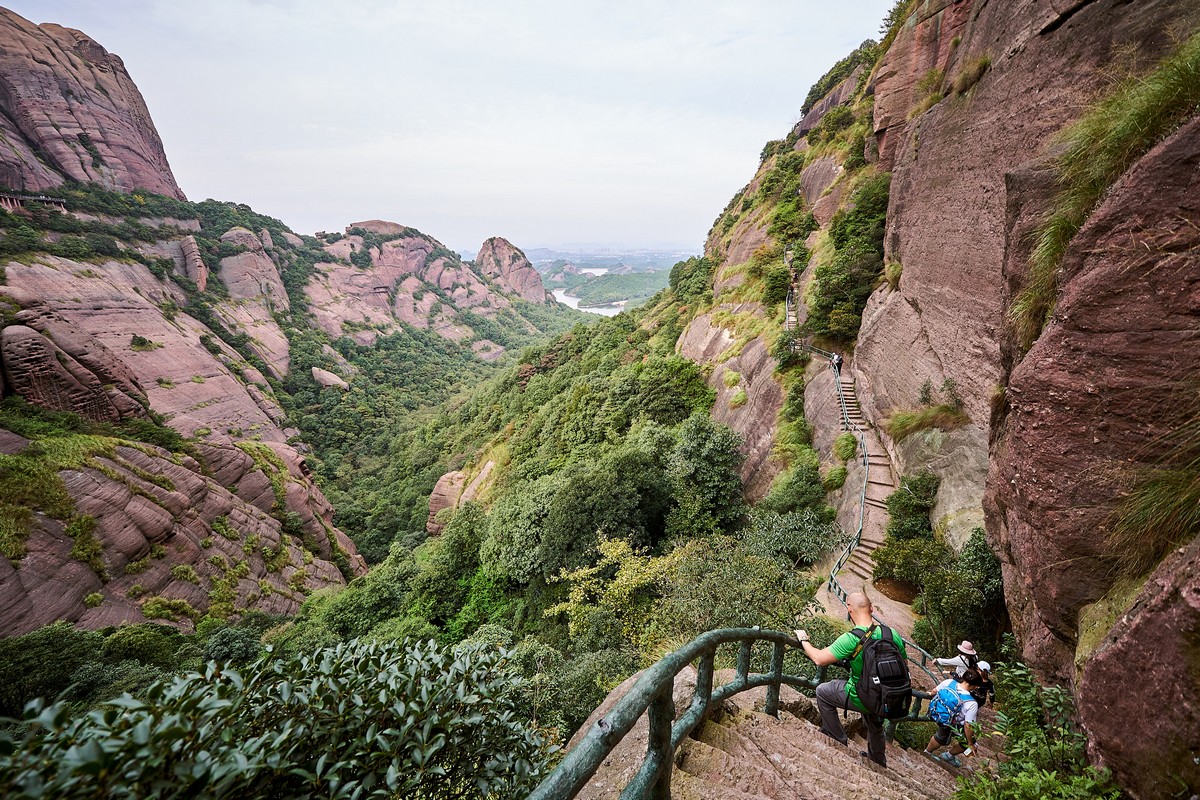 Alas, we didn’t get to the very top of the camel – the paths and steps are all closed off for repairs. They say they’ll be completed next year. So we have another look around at the views, stop off for a bite at a café, and then it was back down to the lake, and the boat thereupon:

One of the following signs states it’s 2.5km to the lake; the other states ‘you’ve already come up from the lake a distance of 1120 meters’!

Chopper pad. No choppers. Perhaps they’re planned for the future. 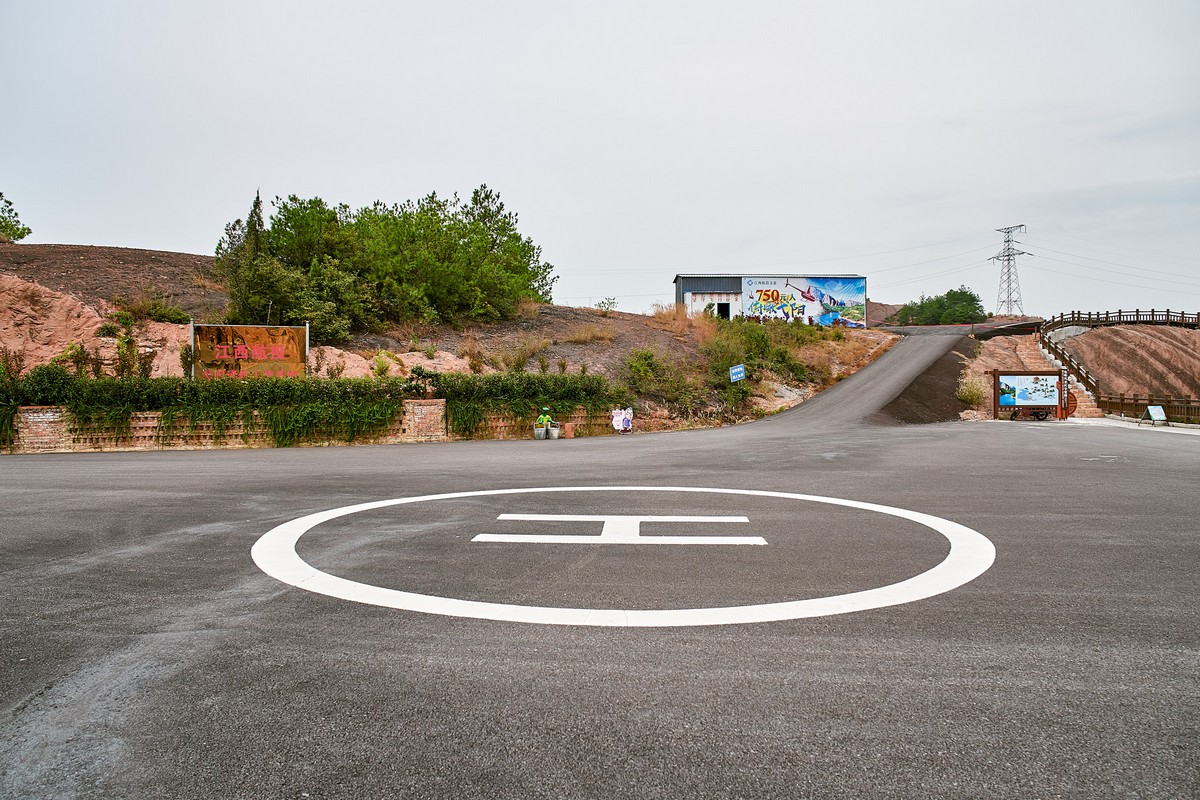 And that’s all from the turtle and camel, folks! 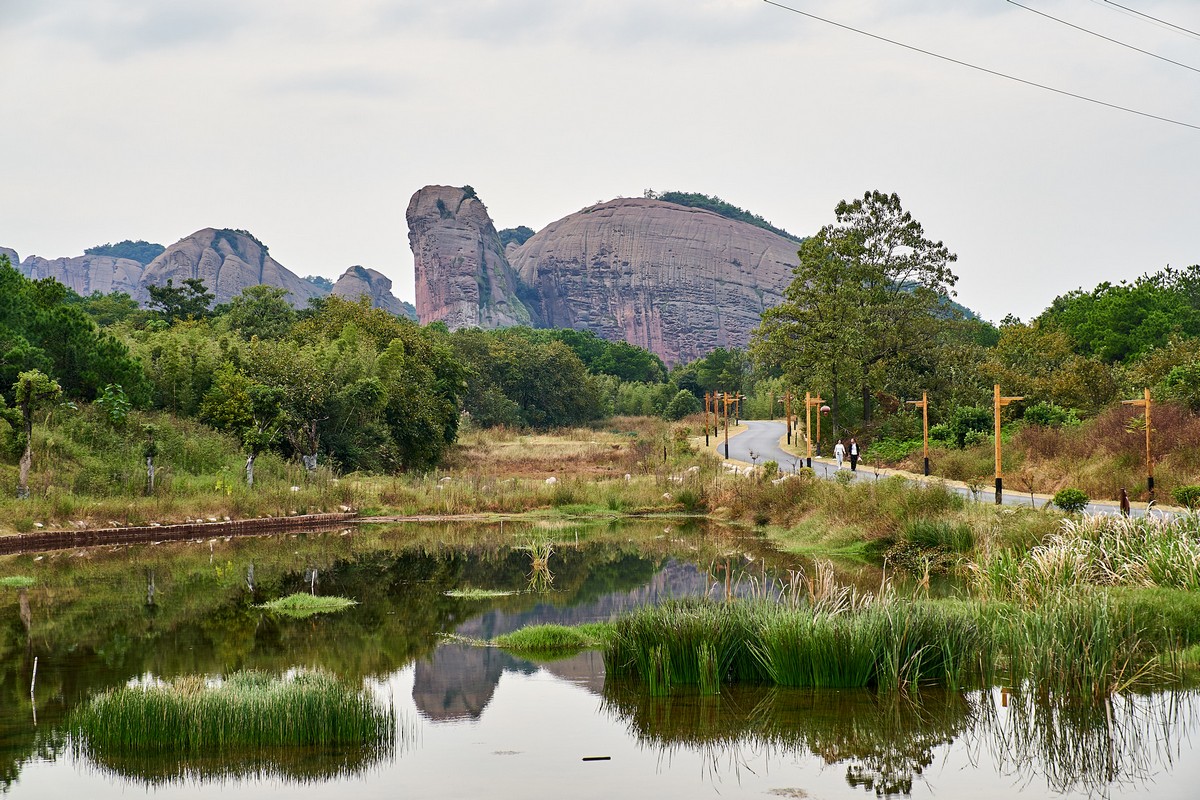 And that was yet another amazing 5A attraction. If you’re ever in these parts, a day at the turtle/camel is a must…

Just two more days left to go in China, so check your popcorn stores so they last you a little bit longer.