If you look at the map of Indonesia, you’ll see that Merapi and Borobudur are both very close to the city of Yogyakarta, the former capital and present number-two city of Indonesia. And if you look a bit closer on the map you’ll see there’s a third must-see tourist attraction: the Hindu temple of Prambanan.

Our guides didn’t tell us a great deal about this place, and to parrot Wiki is a thankless task. I’ll therefore stick to photos:

Here are some of the statues that sit inside the complex. In some of the towers there’s no statue: ideal for a cheeky sacrilegious pic where you sit in its place (not shown:).

There’s the inevitable lightning rod here too. I just wished they’d positioned it in a more conspicuous place up the tower’s side – so no one misses it :). 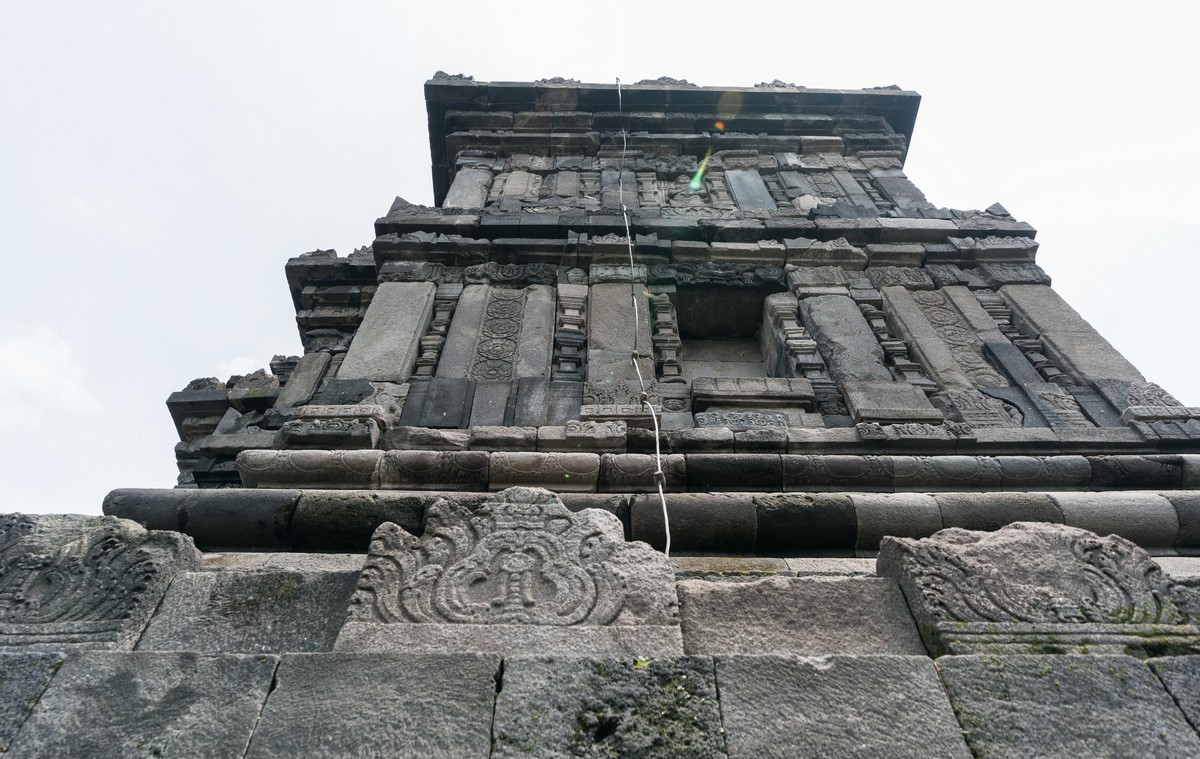 More bass-reliefs here too. Peaceful depictions, monkeys, and again someone killing someone.

Some of the temples and other buildings have been seriously damaged by earthquakes; some are being restored:

Here’s something else. Our non-local faces went down real well at the temple. ‘Photo together!’ we’d be asked all the time everywhere! Only too glad to oblige!… 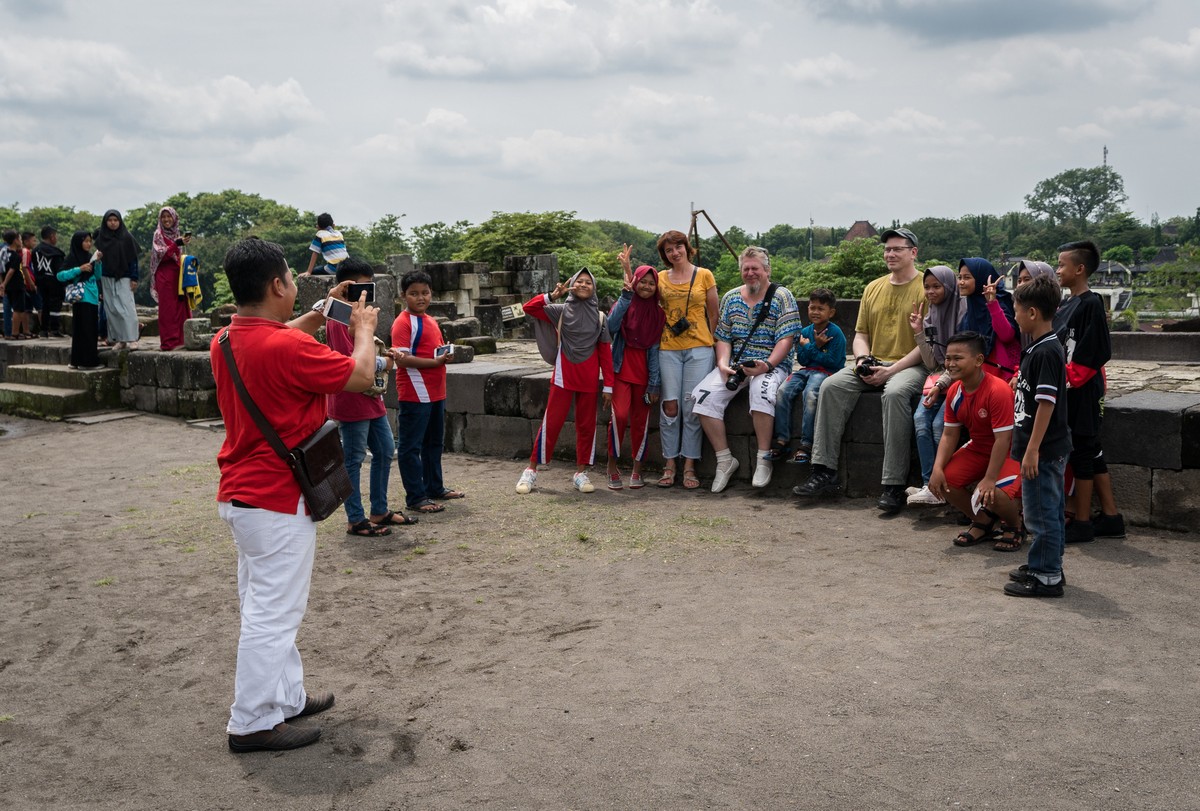 That’s it about Prambanan.

So what else is worthy of a mention around Yogyakarta?

There is one more place – a bonus track – for the real hardy ‘see everything’ type of tourist: Kraton of Yogyakarta – aka, its royal palace.

What’s interesting is that Indonesia is a presidential republic, but there’s a Special Region that surrounds Yogyakarta, which is governed by a pre-colonial monarchy, the Sultan of Yogyakarta – founded in 1755! And for a small fee you can have a look around its palace.

The palace is a lot more modest and down-to-earth than Borobudur or Prambanan. Some of the exhibits resemble family photographs or kitchen utensils!

Photographs of the sultan and his wife… 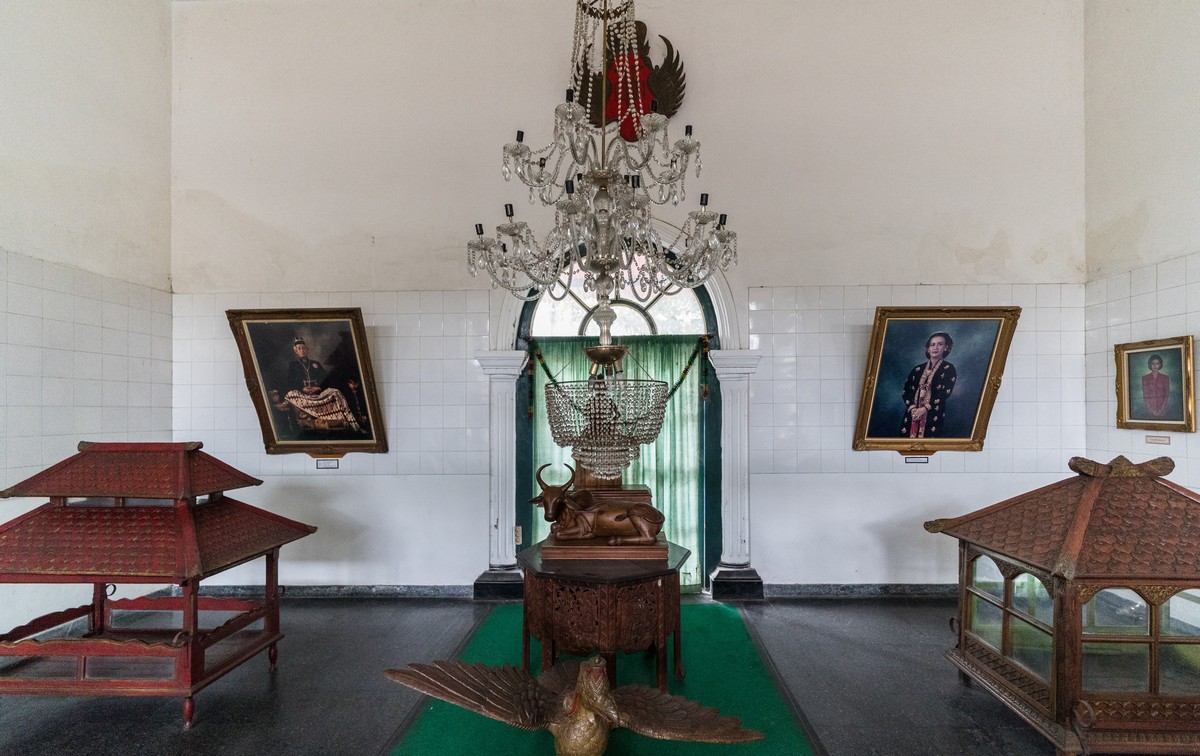 …And their five daughters. They say one of them will become the next… sultana. 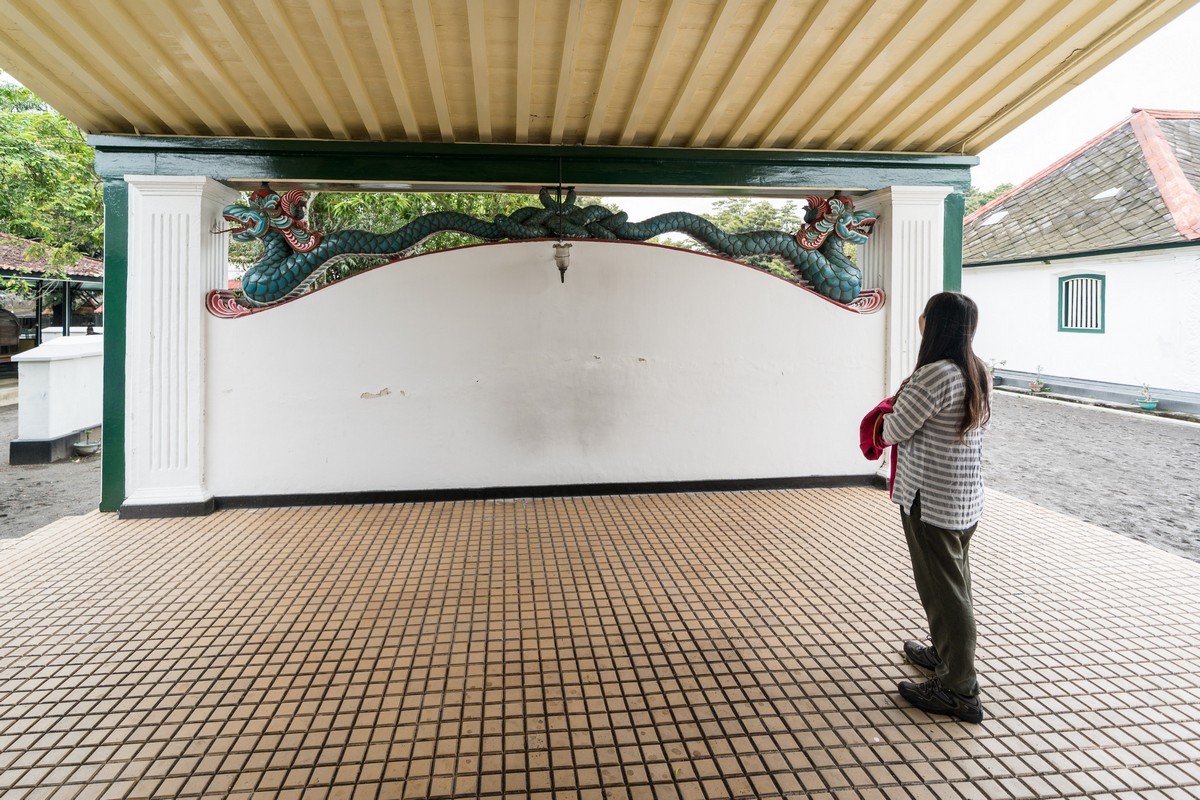 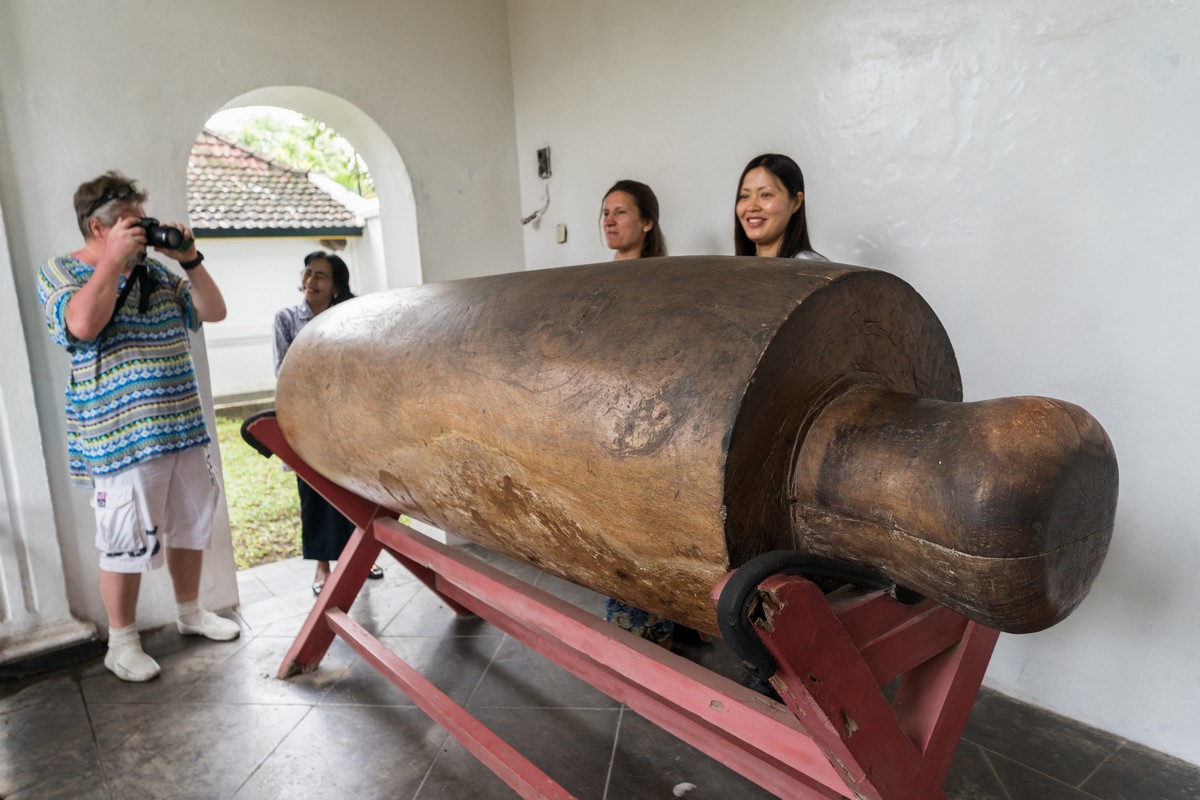 Here’s the security team for the palace counting money. On their belts – short swords! 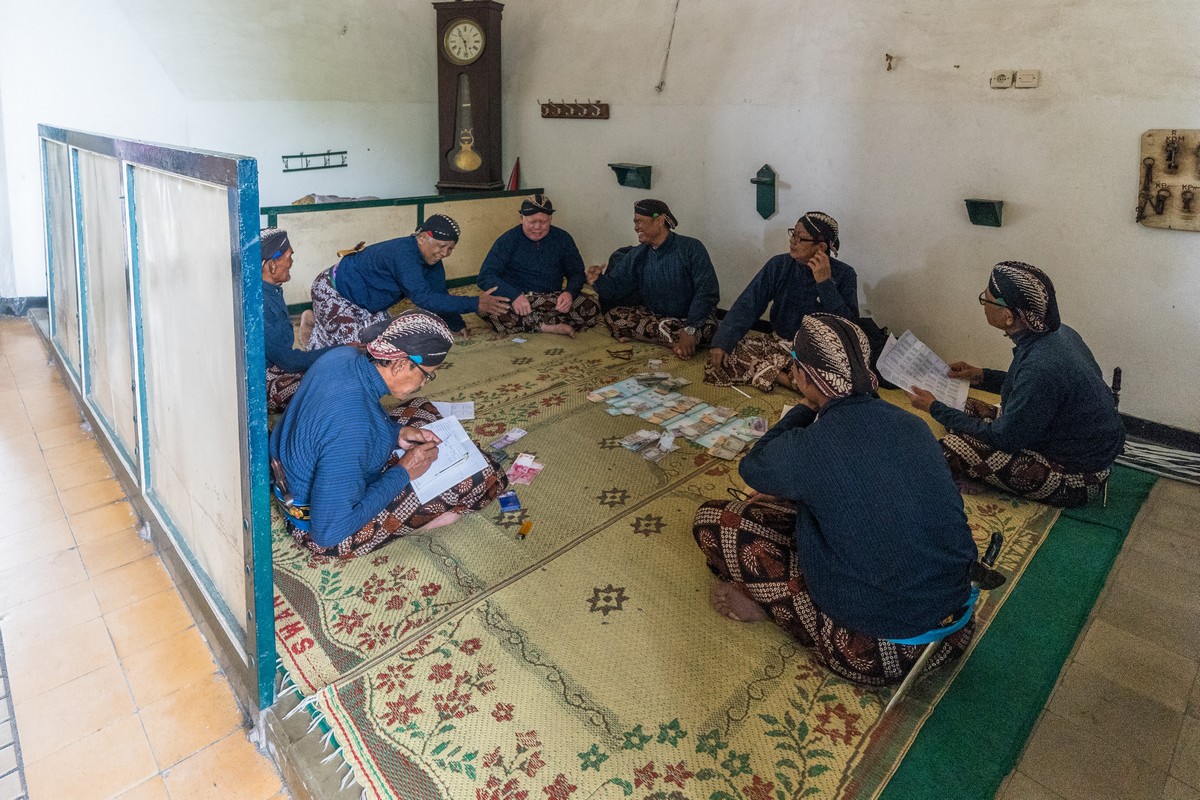 And that was that; the quick excursion of our third temple/palace of Indonesia was completed.

Time to kick back and get a good night’s sleep after all that? Nope. That night more volcanism beckoned; so we headed back to the airport. We went through Yogyakarta (the city) on the bus. And, to be frank, I didn’t fancy stopping for a look round: 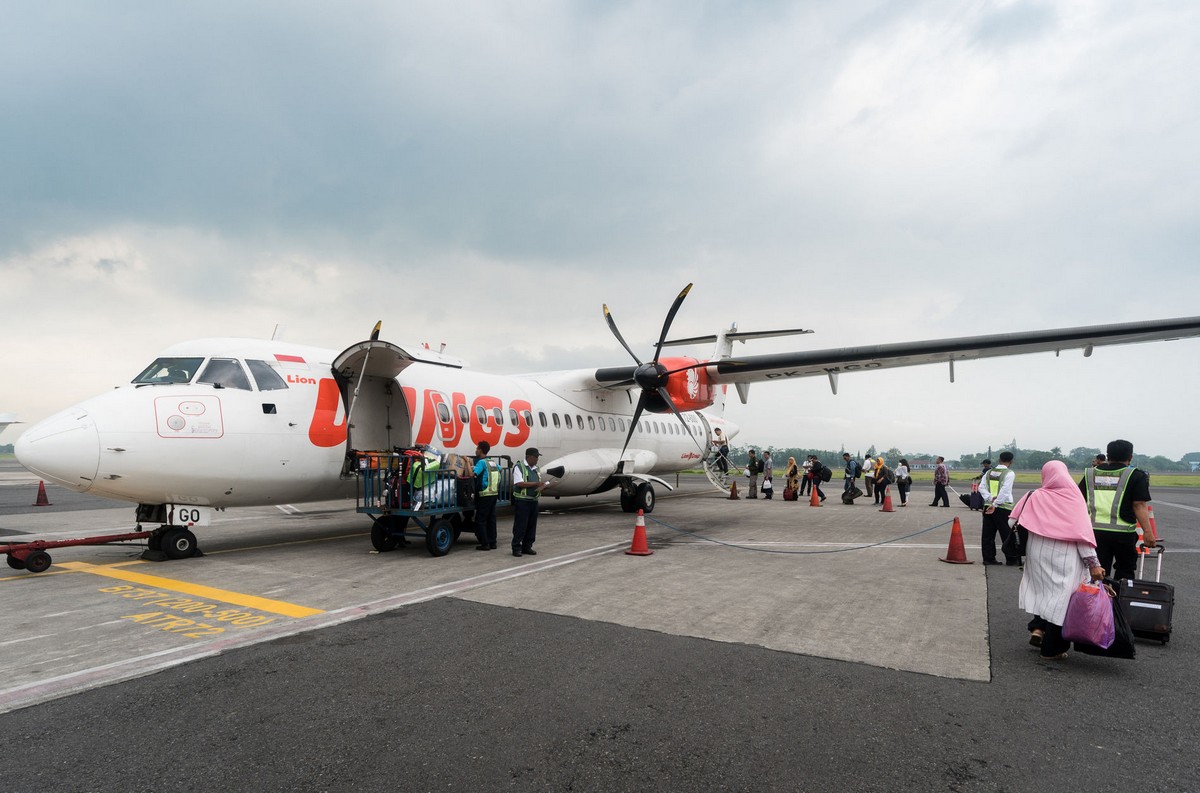 All the photos from Indonesia are here.