No, this isn’t locker room talk. Nor is it about football, or fishing, or fast cars… Not even about beer or (computer) gaming. Nope, it’s about a particularly curiously shaped Danxia rock formation. Yes – it’s about 阳元石, or Male Rock!

Oh my Guangdong! So this will be another 18+ rated blogpost! 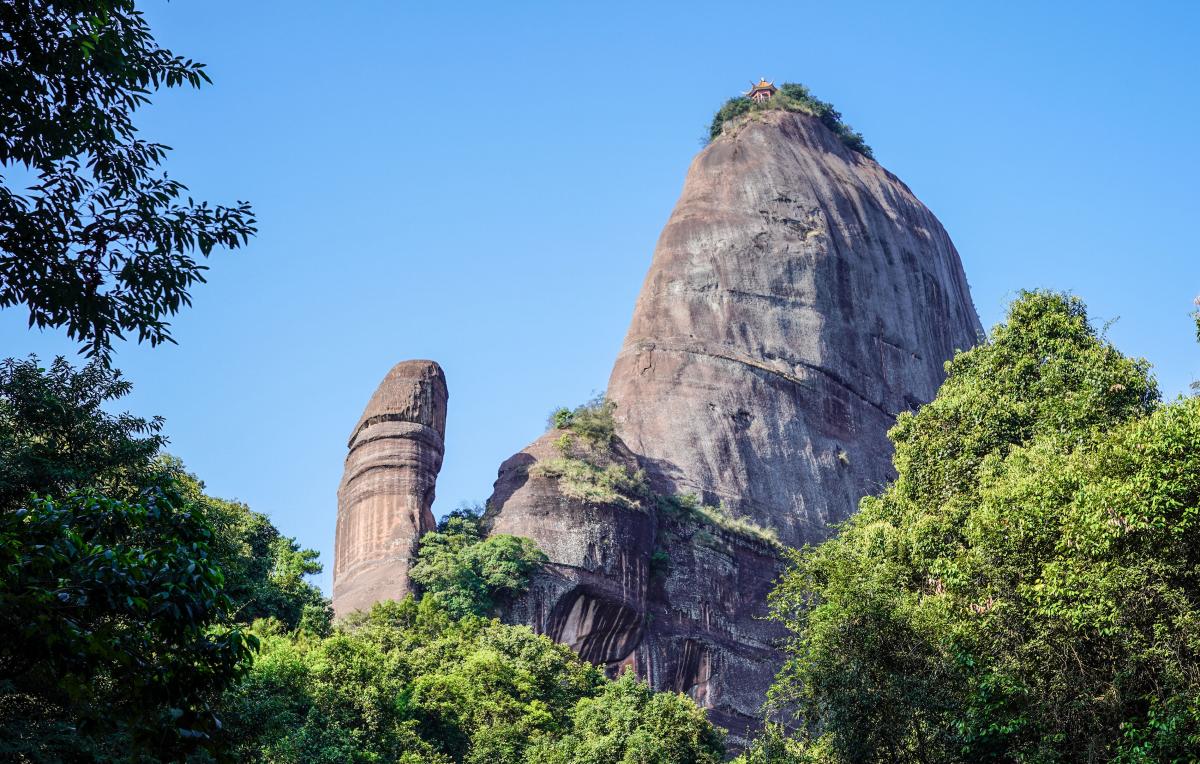 This uniquely phallic tower of rock needs to be checked out in the morning; in the evening it becomes darkened by the setting sun behind it. Of course, you could walk round the rock – to the sunny side – but from that angle it’s much less impressive:

But of a morning it seems to gleam in the morning sun, all proud and erect above its shorter surrounding neighbors. 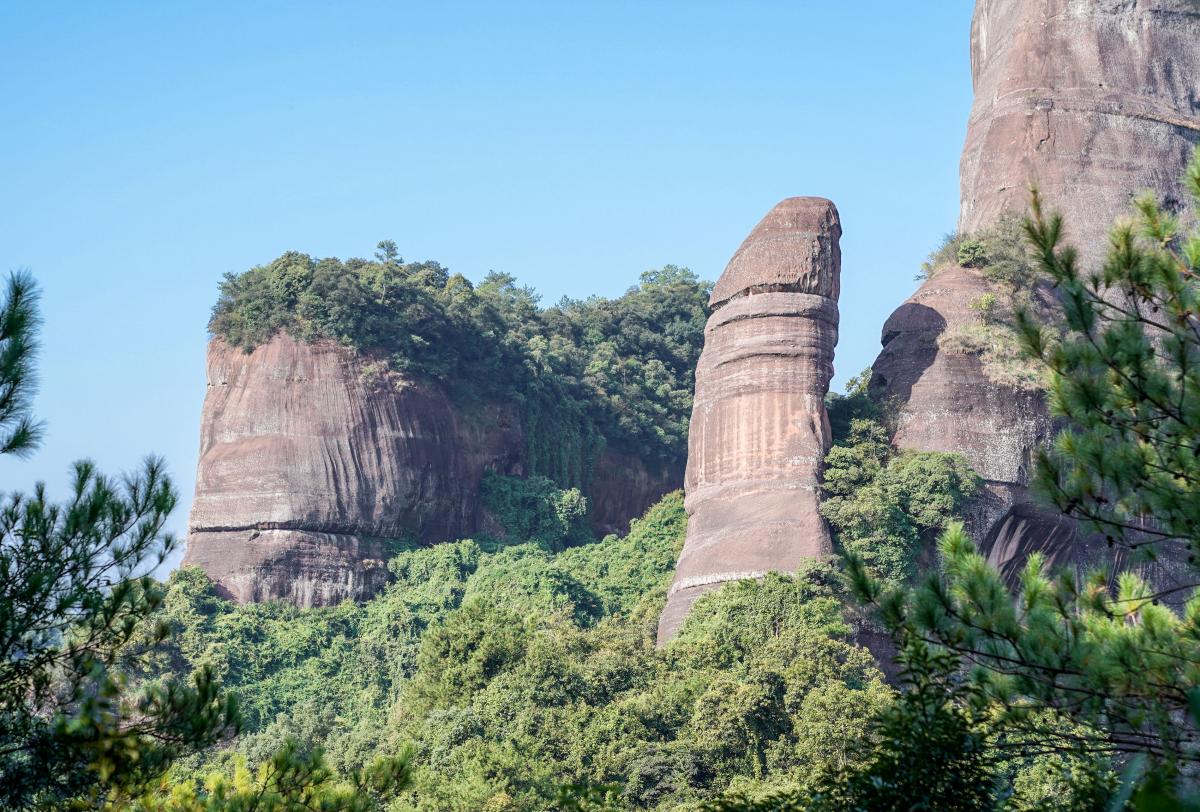 Let’s face it, it’s rather easy to come up with some vulgar anecdotes regarding this here… unusually-shaped rock, but, well, here’s hardly the place stuff like that. I’ll just leave any of that to your naughty imaginations/Freudian subconscious :).

But we wanted to observe more than just one man rock. We had two routes to choose from for our onward trekking:

Either way, the distances involved here aren’t so big: in three hours of intense trekking – or four hours relaxed strolling with plenty of stops – you can take in all the main places of interest, snapping pics of all of them and from all sorts of different angles.

Here’s a pretty green lake in among the rocks near the entrance gate to the territory, incidentally – to which you gain entry with a ticket, but by also having to get fingerprinted! First time I’ve seen that! 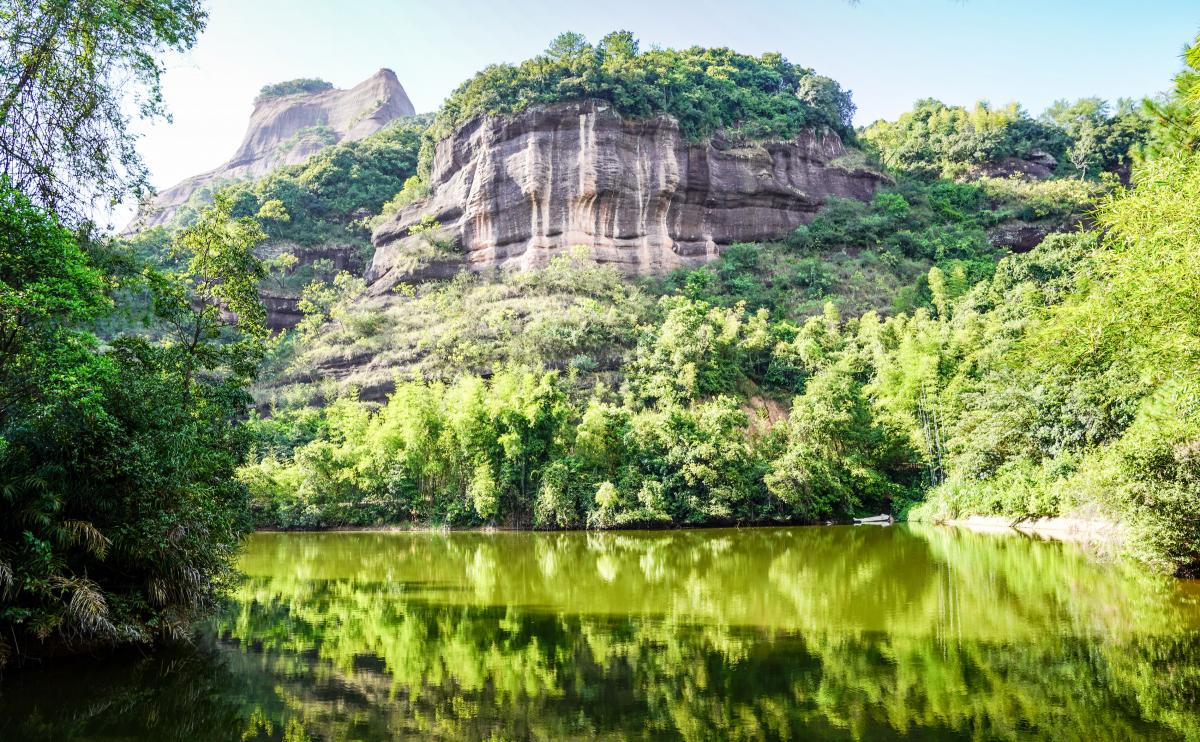 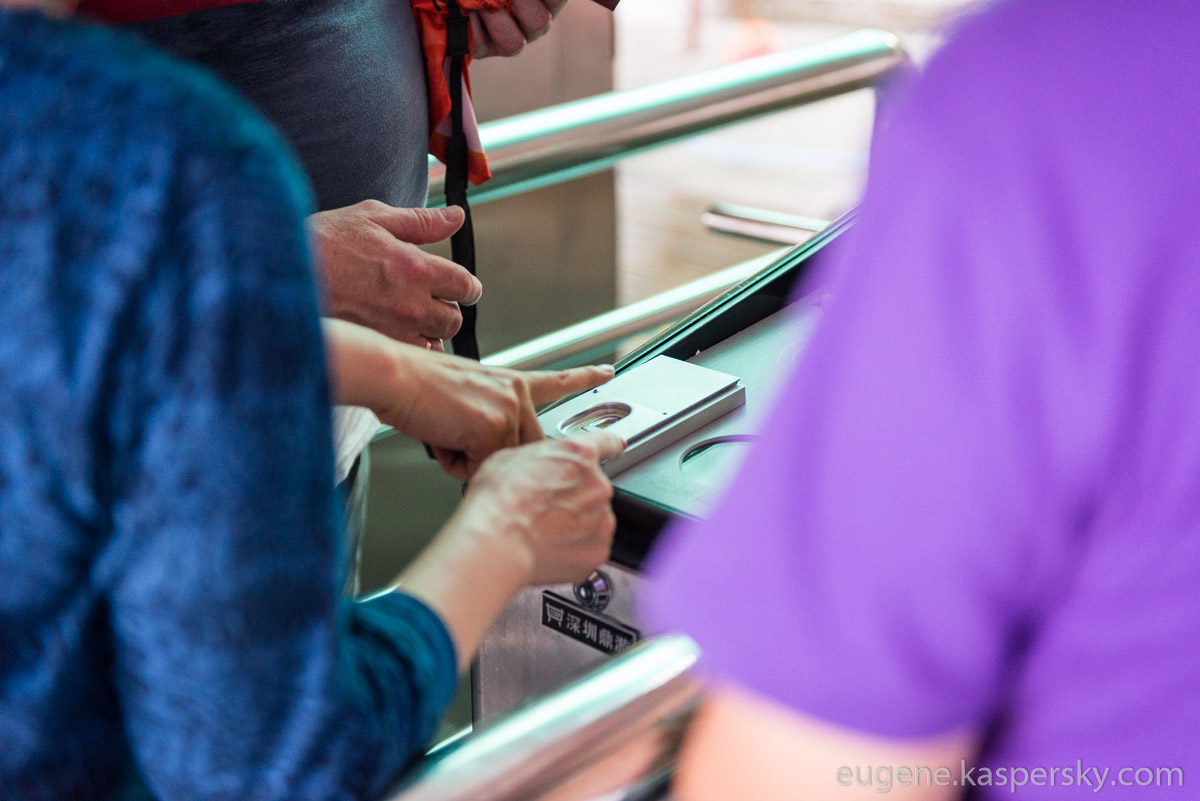 This was the path we’d be descending that evening, but at this point – late morning – we didn’t know about that, and so didn’t fall into a panicked stupor :). 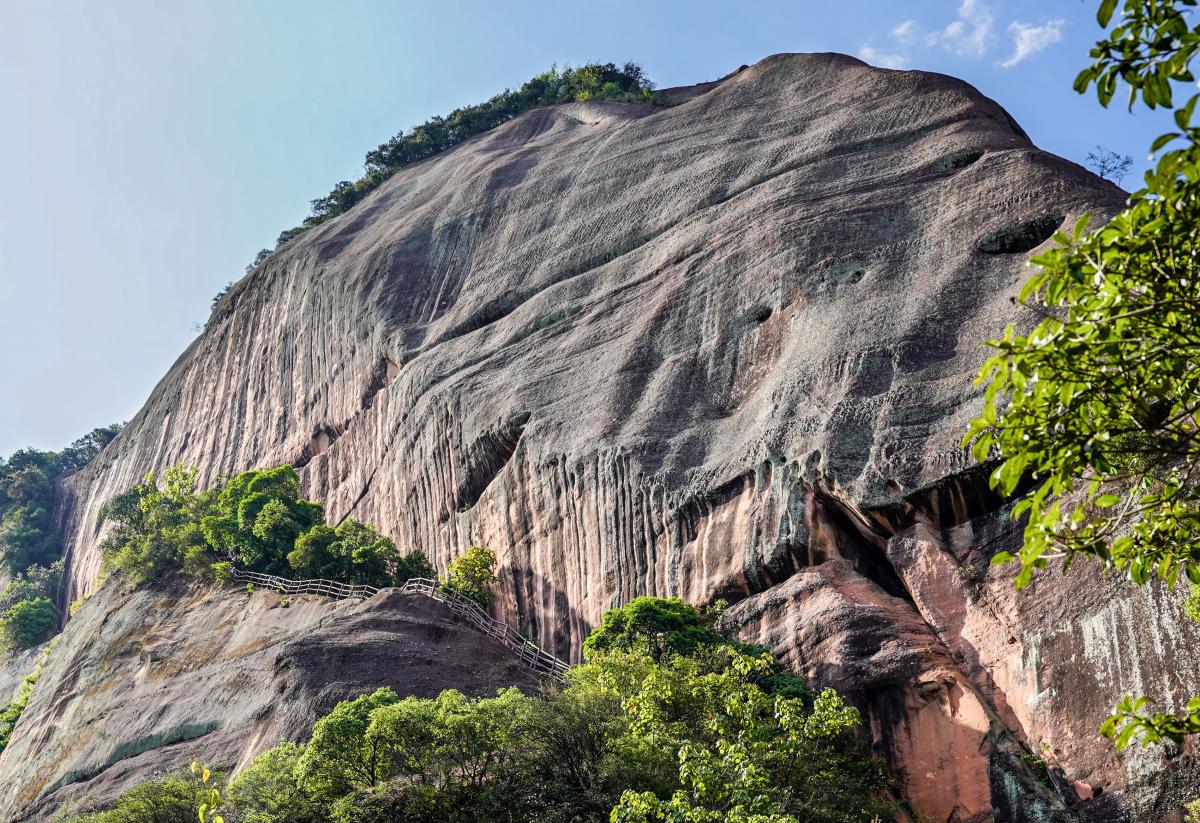 These are the rock formations opposite: 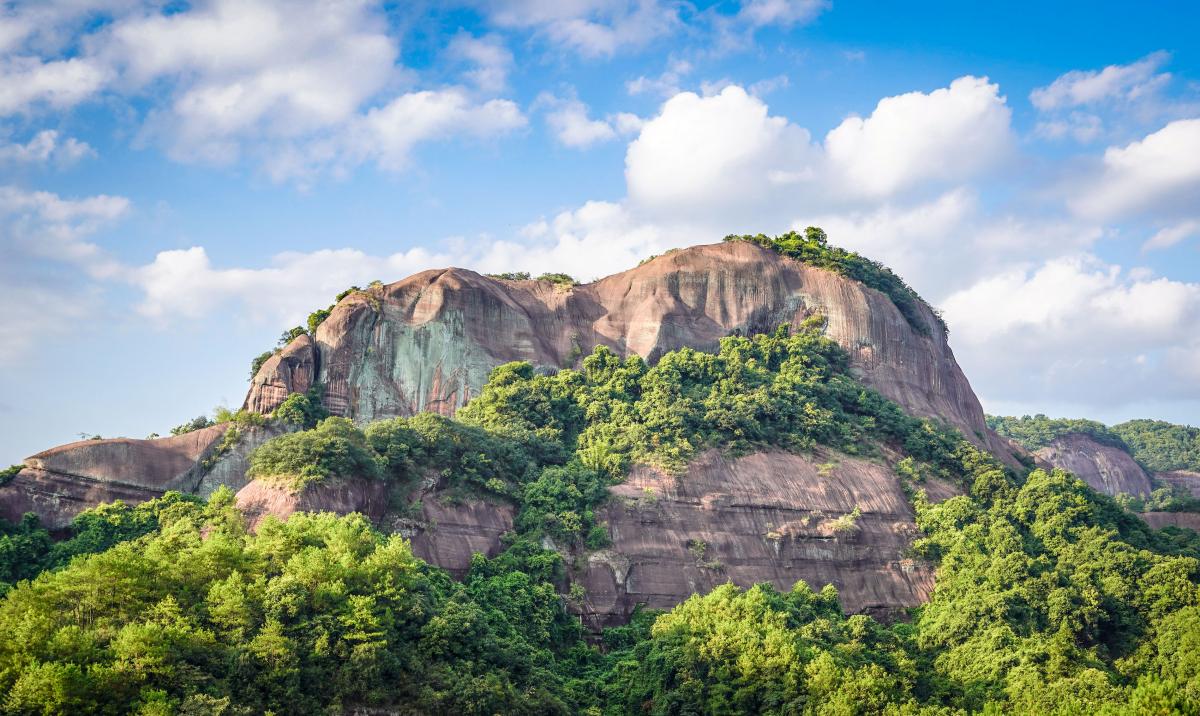 A nature-made bridge! Of course, not quite as mind-blowing as the arches in Utah, but this is a bridge after all, not just an arch :). 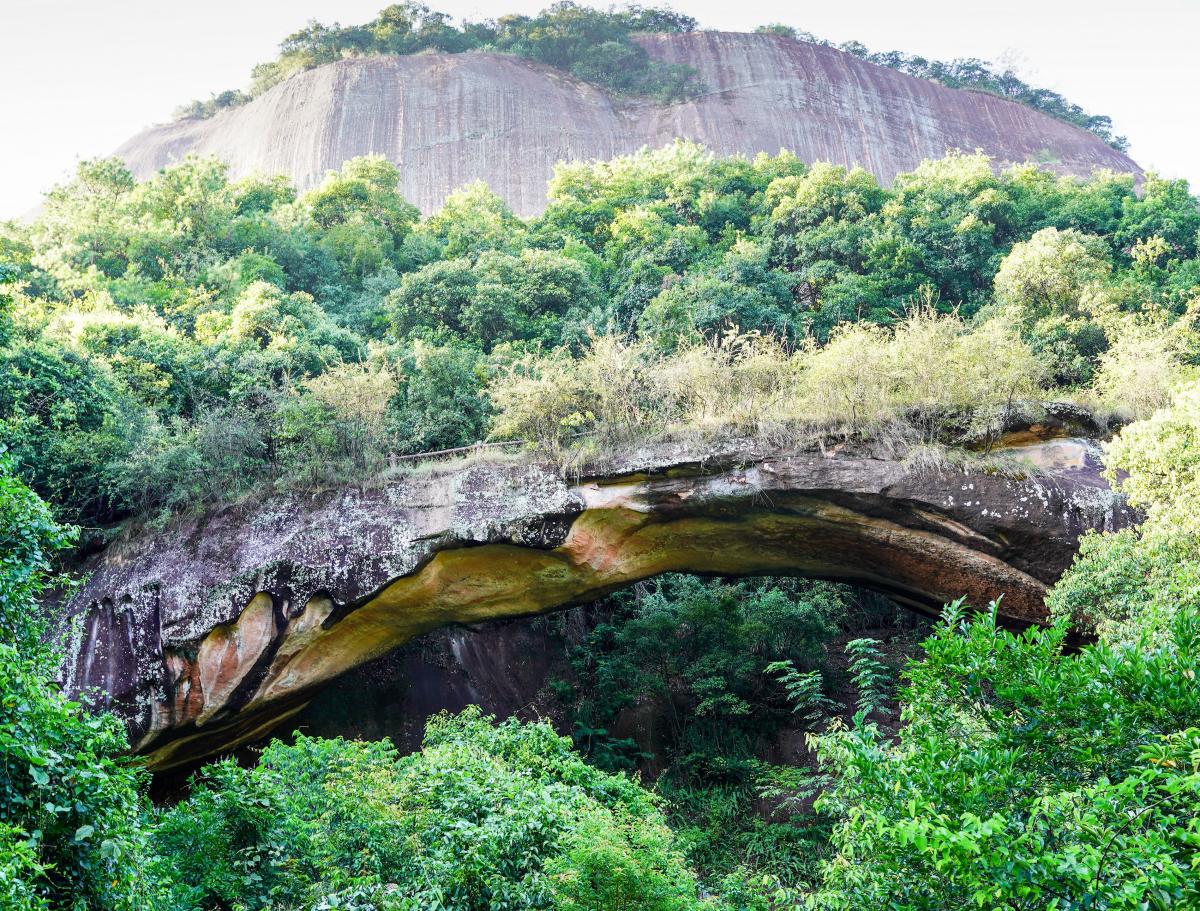 Don’t get confused: there’s Male Rock, but there’s also Male Mountain – this much bigger formation next to it:

Here’s the path we’ll be taking:

Highly recommended: just 600 steps, but a mass of unforgettable impressions.

Here are the last several dozen steps. Oh my gradient! 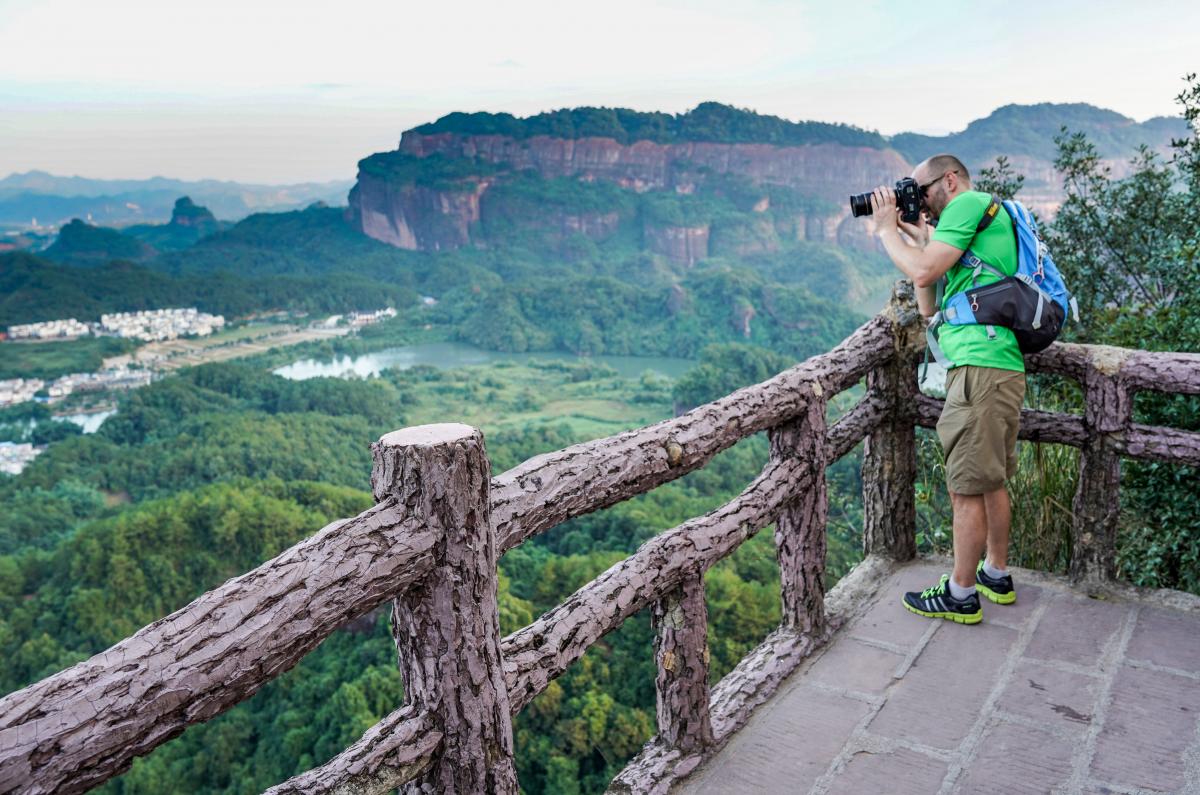 Over there – the view of Zhang Lao Feng (where we took in the sensational sunrise). Btw, the funicular climbs up that mountain. You can’t see it on this pic, but can you guess where it is? 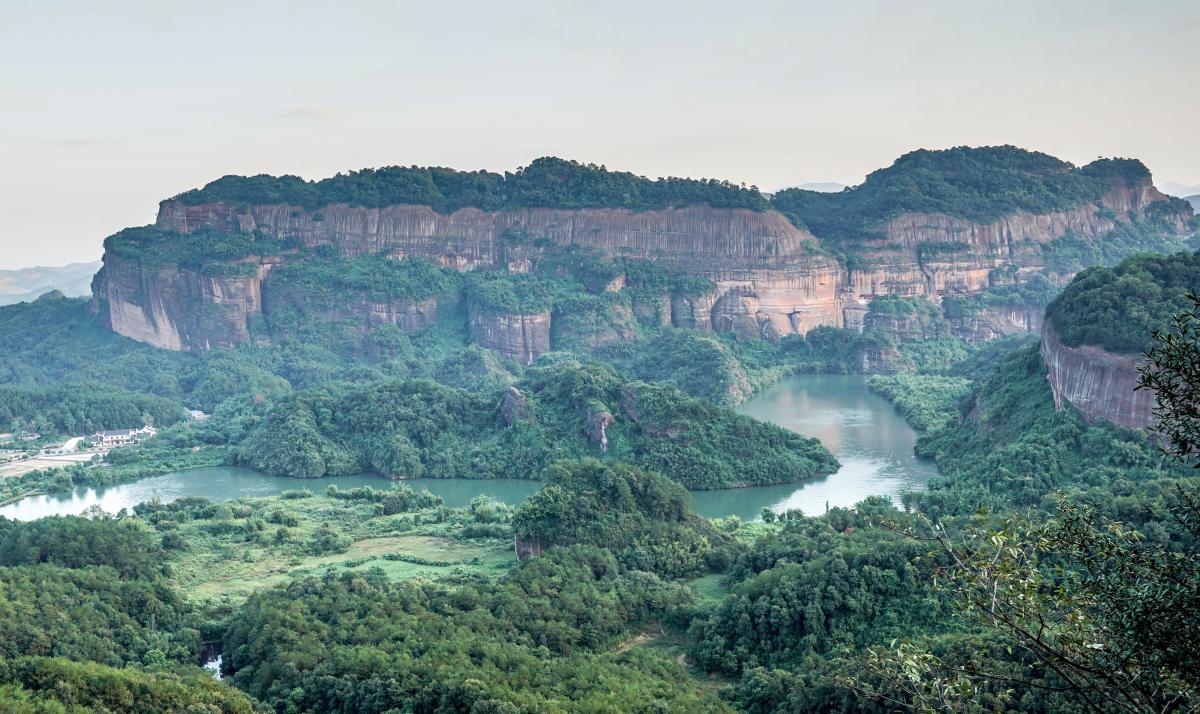 Down there is Man Rock: 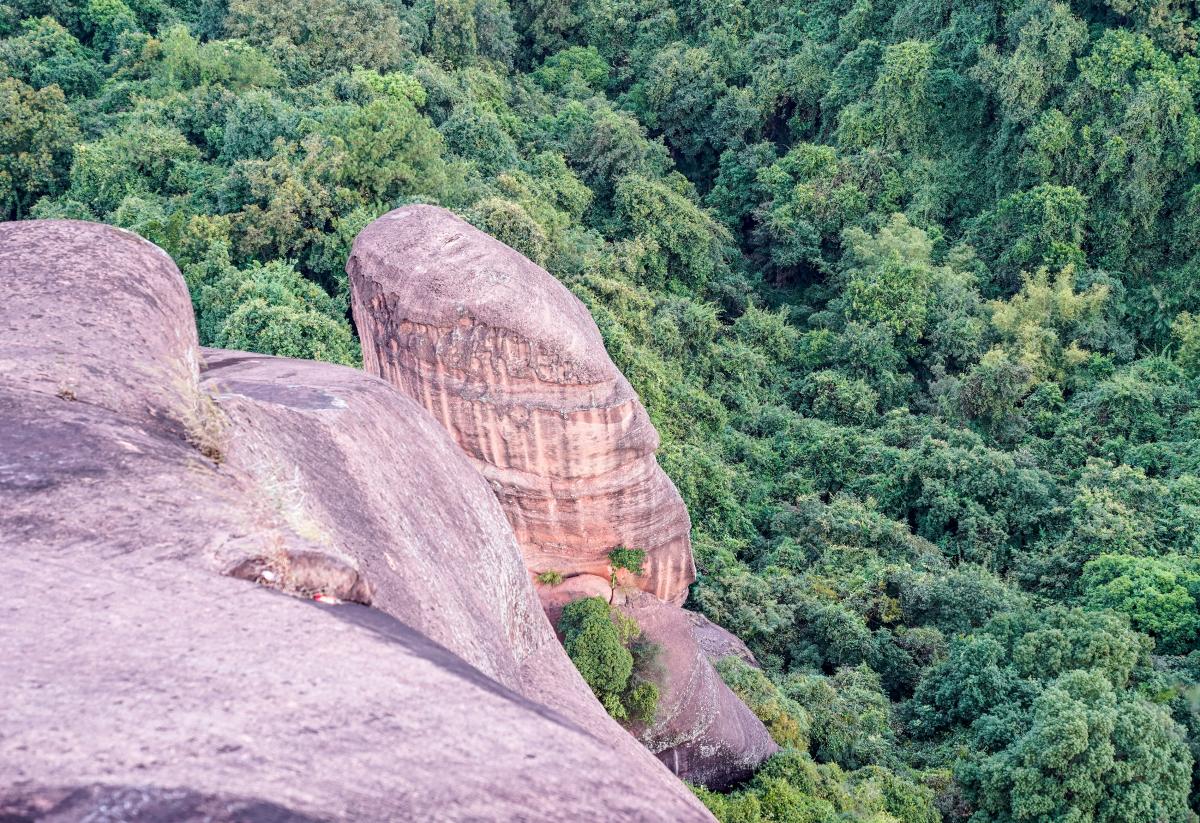 We were planning on watching the sun set from up atop Man Mountain, but the clouds got in the way so it was hardly going to be sensational like the sun rising. Instead, we quickly (in five minutes) got from the eastern side of the mountain (where the pavilion is) to the western side (where the almost-vertical flight of steps is) to take in a completely different scene: 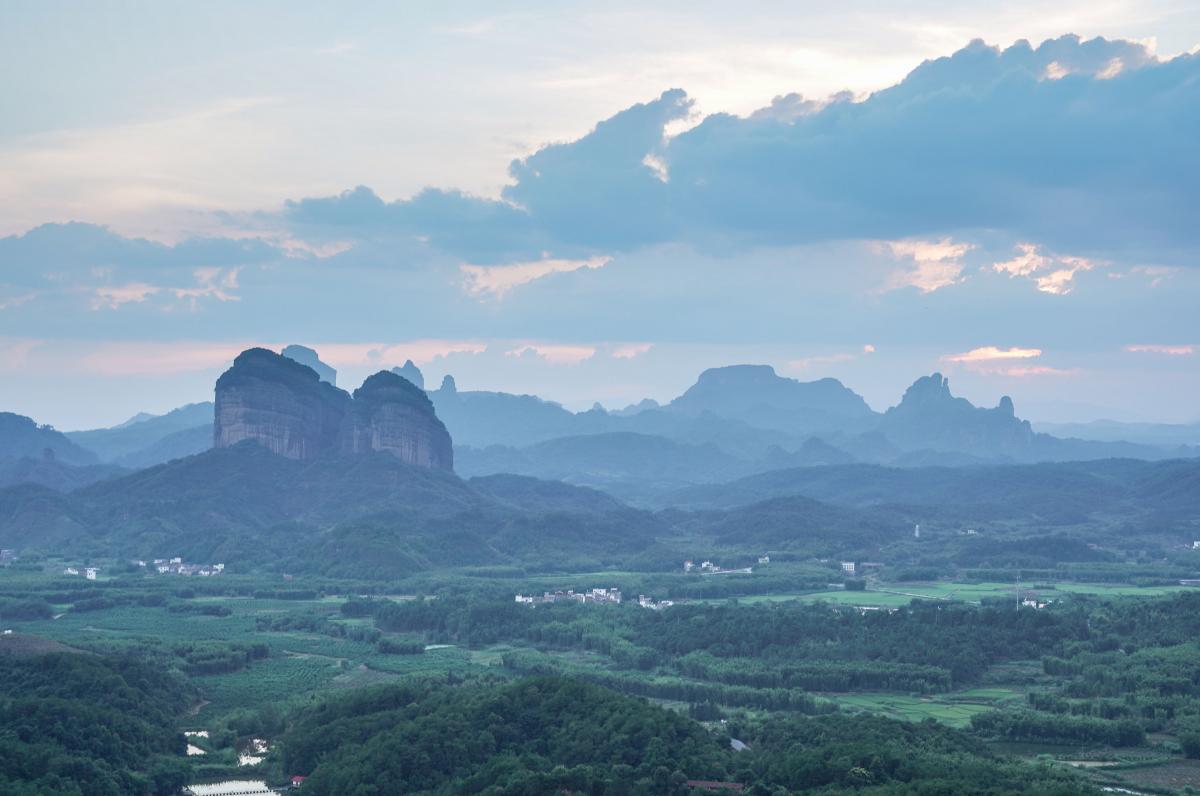 And now, finally, our descent down those steps. They turned out to be not so scary. Not special climbing gear is necessary. However, I imagine someone, at some time, has lost their footing here and… ooh, it doesn’t bear thinking about.

And here’s Male Rock from the steps. Not quite so… thickset from the side :). 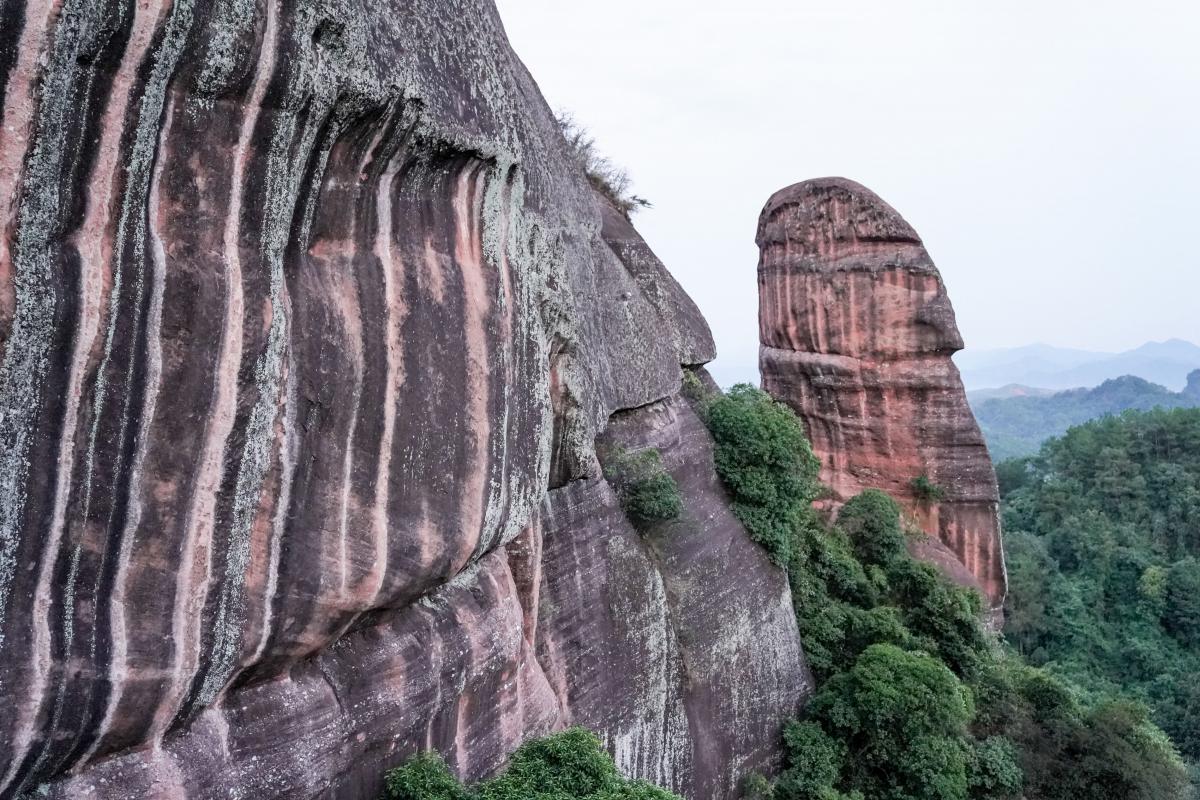 Once we’d climbed down it was time for a long-awaited dinner and to get ready for tomorrow’s Danxia adventure – which was to be tackled lying down! But more on that tomorrow…