Midori Kuma came into this world in Tokyo, Japan. We know little about his childhood, in fact – almost nothing at all… 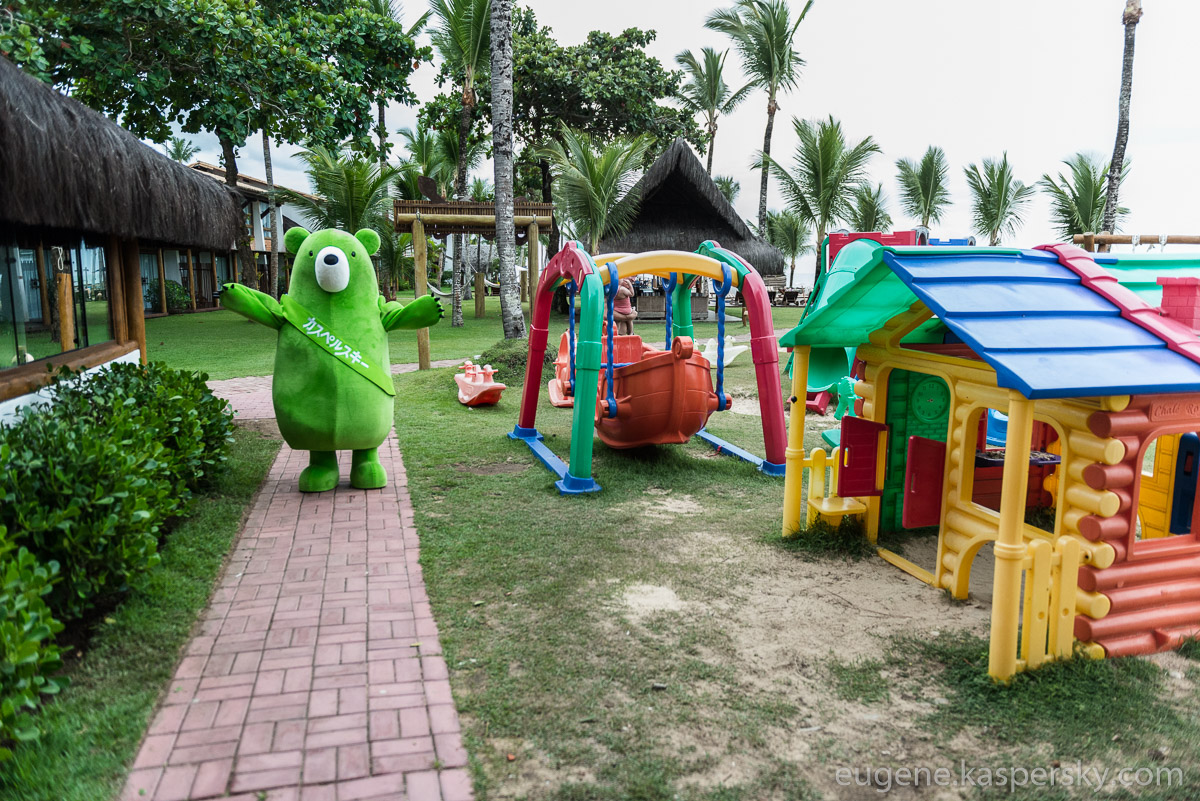 In his youth he led a somewhat free-and-easy, unrestrained way of life – indeed the antithesis of the archetypal Hikikomori. According to folks who knew him back then, Midori Kuma was often to be found at various Japanese parties, presentations, exhibitions and conferences. In other words, he led the same kind of life he leads today – that of an active participant doing the rounds on the society circuit.

Thanks to his unusual (and unusually cuddly) appearance, Midori Kuma always gets plenty of attention from the ladies:

And he just laps it all up: 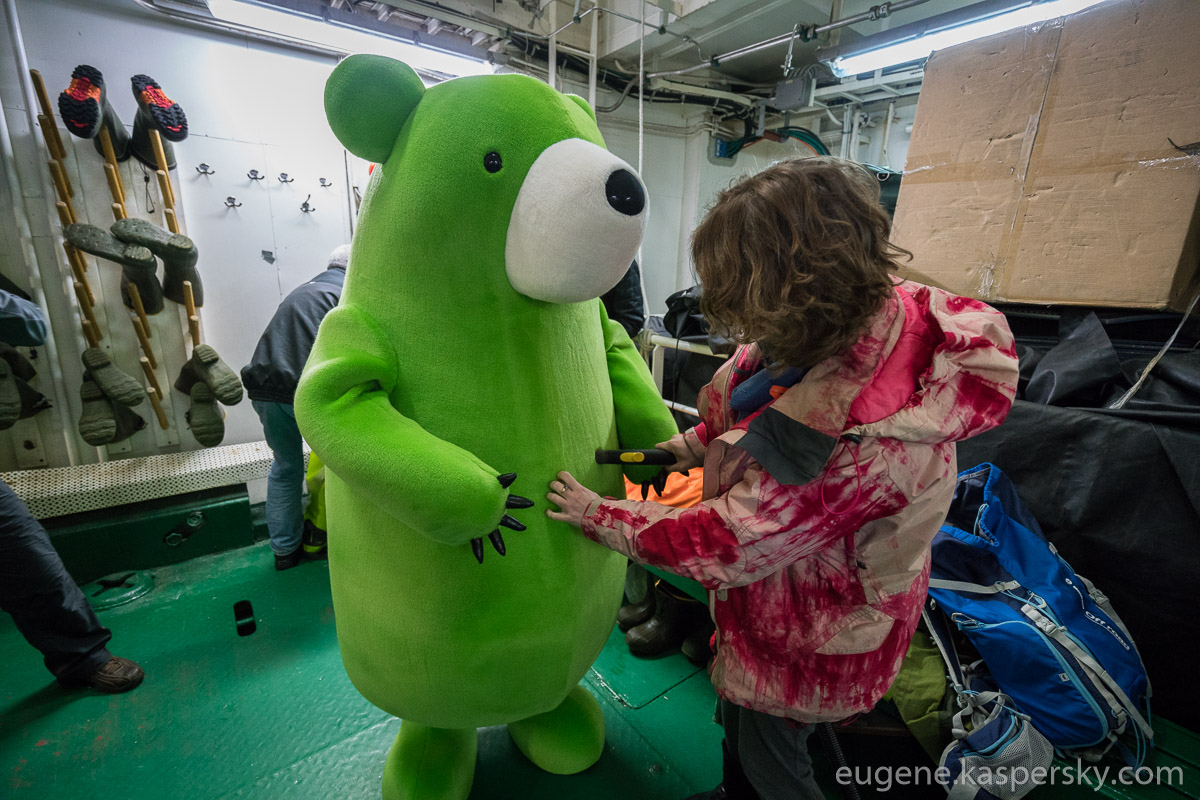 Actually, he’s a hit with the guys too:

Just recently, wanting to shake things up a bit in his life, Midori Kuma decided to do some serious traveling. Well ‘serious’ sure is the right word – for off he flew, of all places, to… Antarctica! I understand him perfectly: sometimes you just want to get away from it all – a long way away from it all. But quite what made him plump for, literally, the bottom end of the world is still a mystery. “He did what he did” is the best answer I could get from various persons close to the bear, which didn’t help much. All we could do was follow the bear, keep him company, look out for him in case he got into trouble, and admire the sensational surroundings we found ourselves in together on our Antarctic adventure…

After being with him for a while we soon found out that, though appearing to be very much the outgoing extrovert, he is – also! – very much the shy introvert! Much of every leg of our long route – be it in a car or on a plane or ship – he’d travel completely incognito; I mean – he’d cover himself with a sheet, or even climb into a large cardboard box. Oh well, each to their own.

But, then, at other times on our expedition, he’d suddenly snap out of his navel-gazing brooding to become the gregarious life-and-soul of the party journey. Kinda like Jekyll and Hyde – only in terms of sociability. Not that we were complaining; our journeying was often long and monotonous, so we relished his bursts of amiable approachability. It was no less of a mystery as to where these ups and downs came from, mind :).

All in all, Midori Kuma’s recent stint of continent-hopping was exhausting for him. It wasn’t just the grueling distances we covered up in the air or on the seas, it was his having to forever finely balance his instinct to do just what he wanted – a strong instinct in any bear – with the rigidity of the rules and realities of the world we all live in. 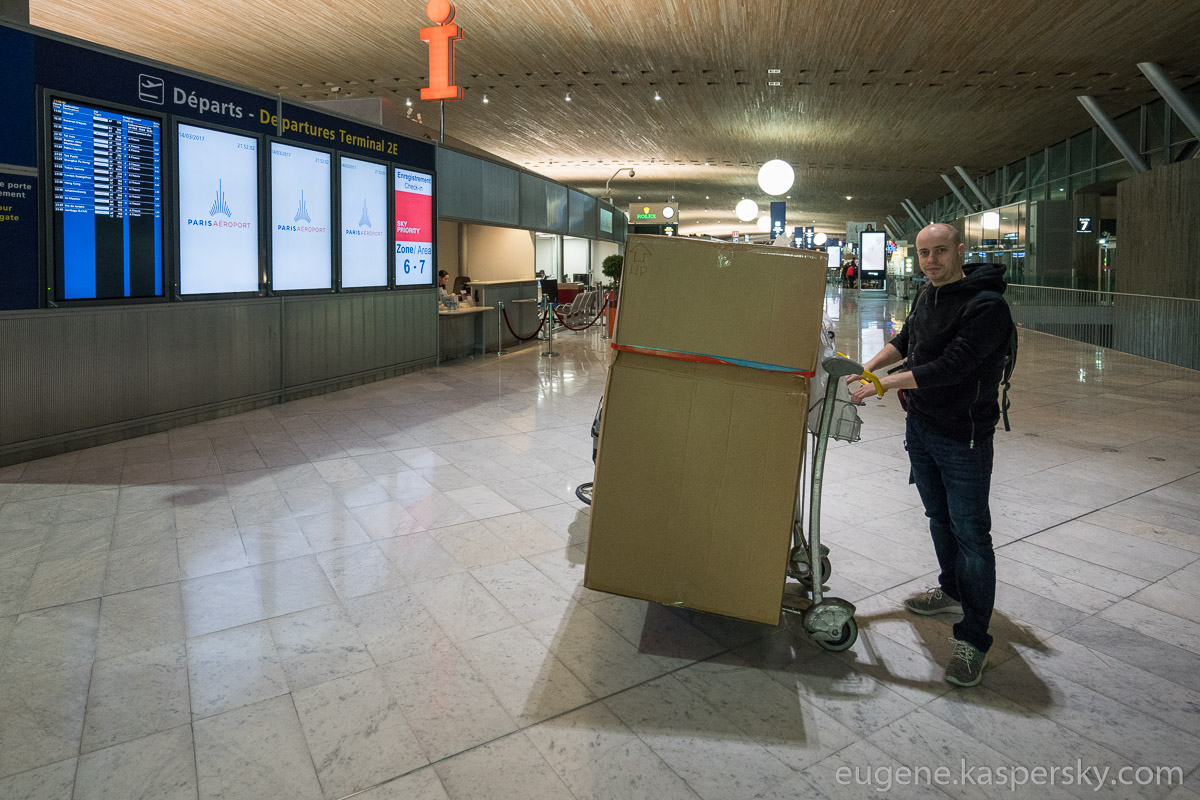 Sometimes Midori Kuma was subjected to rude, curious, and other conduct by far not in observance of the aristocratic etiquette to which he is accustomed. Oh well, c’est la vie…

For example, being barked at; by a dog!…

His trajectory started with a leap from the left to the right and then very much down – way down, to the continent he’d been longing to get to for so long…

The journey was no ordinary journey like he was used to. With every passing hour it got colder and windier, and the ocean in the Drake Passage got choppier and choppier. If passing through the Drake Passage needed a soundtrack – it would definitely be something creepy and with a steady build-up. Like the Jaw’s theme tune – full of anticipatory fear of what’s coming next!

When Antarctica’s mountains and glaciers came into view it was time to prepare for disembarking:

Antarctica cast a spell on Midori Kuma (as it did on the rest of the expedition). What he saw down there he was kinda expecting – after having read up on the continent back home. But reading a book about something is one thing – actually experiencing it is something else entirely:

Now. If we look at this expedition from the scientific standpoint, it is obvious that Midori Kuma’s participation therein is nothing less than a historic event. For it was Midori Kuma himself, in the flesh fur, who went down to Antarctica, in all his incongruent brightness and cuddliness. Never ever before has something someone so garishly gaudy and green been to the continent – and there lies the historic bit. Of course, he’s in good company – the whole Antarctic Biennale project is similarly first-ever and pioneering. So Midori Kuma’s tagging along for the ride was perfectly logical, in a way. So well done Midori Kuma!

It wasn’t all plain sailing, of course. On Antarctica Midori Kuma was… harassed by penguins, sneezed on by whales, and almost bitten by leopard seals. But such disheartening hardships only made the whole Antarctic experience all the more unusual, unforgettable, and utterly unique: mandatory contrasts to make the polar encounter whole – much like wasabi with your sushi :).

But now it’s time to head home – so enough waxing lyrical about our green bear before this turns into a multi-tome epic poem, which I really was wanting to avoid. Honest.

Our route home first went via Buenos Aires, which for me then was still a bit of a mystery. It’s not that I hadn’t been to the Argentine capital before – I’d visited it many times – but for whatever reason the business schedule was always tight and I never got the chance to ‘breath its air’ after the business portion of the day(s) (‘buenos aires’ literally means ‘good air’). Midori Kuma, too, had never breathed the air of this vast metropolis (around a third of the country’s ~45 million population live there!). But no – it wasn’t to be this time either. Boo! It was quick march to the airport and off we flew. I only caught a glimpse of the city from the plane:

Next up for Midori Kuma was the city of Porto Seguro where, incidentally, in the year 1500, the first European – a Portuguese – set foot in what is now Brazil. Hard to imagine: just four days ago the green bear was shooing away penguins on the Antarctic ice, and now he’s vibing it with palm trees in a humid subtropical climate:

In Porto Seguro Midori Kuma met with representatives of progressive Latin America and with leaders of the local Indian tribes. There was no official agenda; it was more of an impromptu pow-wow on current Latin-American matters – especially those of a Brazilian and local Indian sort:

But it not all work, work, work, you know – even for green bears. So after the day’s business installment it was time to let the proverbial hair down: beach, palm trees, sun, surf, chillage, cocktails… and in the evening – disco, including a guest appearance behind the wheels of steel on the island of Sint Maarten during our Security Analyst Summit 2017:

A bit more beaching it the next day…

Next up for Midori Kuma: Russia! So it was back to sub-zero temperatures – again! Oh well, he didn’t seem to mind. After his recent adventures it was high time he took time to chill a bit lot. Quite where he is now no one seems to know for sure – be it in suburban Moscow (in a ‘sleepy district’ as they’re called here), or staying with aristocratic friends downtown, or maybe even out in the countryside of the Moscow region. What is known for sure is that – wherever he is – he’s taking time out to meditate. He told us as much; he just didn’t tell us where; we reckon so he’s not disturbed for sure.

Well, I do hope his meditative time-out won’t last too long. I want him back in action, hopefully accompanying me or us on our travels, or maybe even going solo – so long as he writes a travel-blogue as he goes along :). 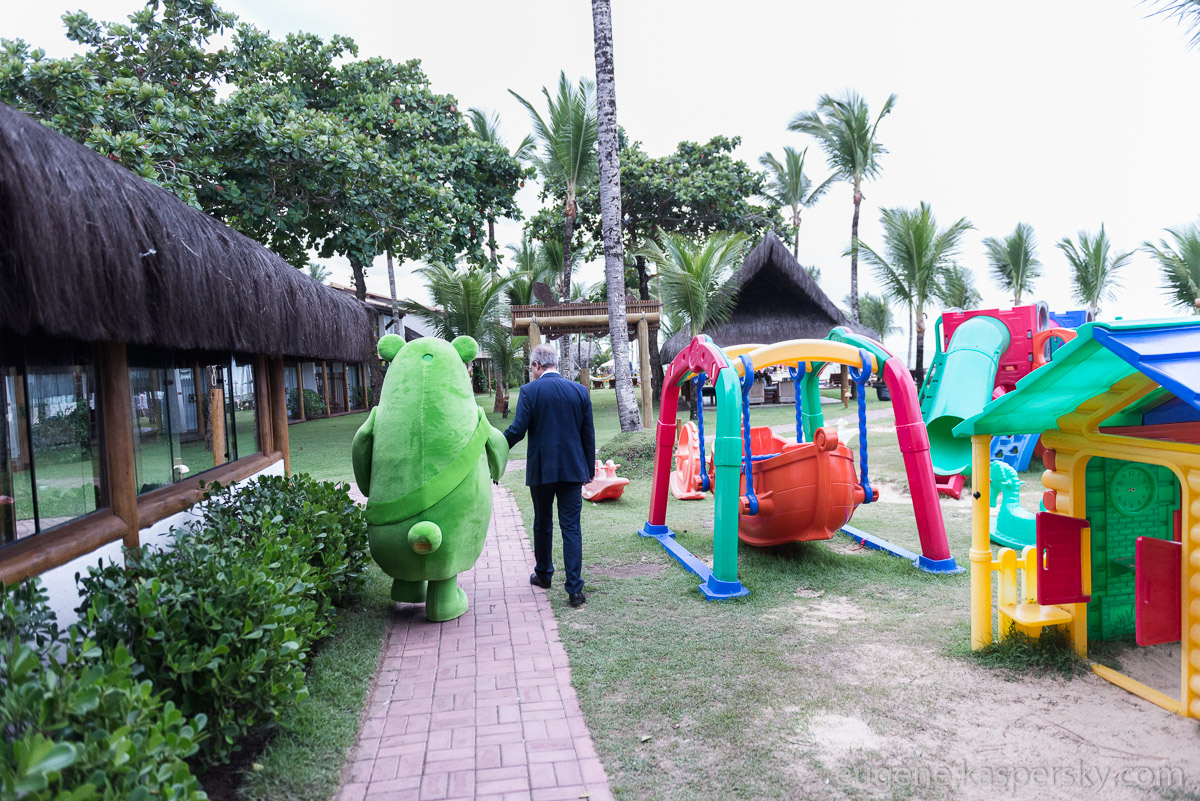