The shortest route from Geneva to Milan is through the Mont Blanc Tunnel. I’d long heard about this route, and now I’ve finally had the chance to drive it for myself. And I can report the route’s a nice one. Not very long (only ~320 km), and very picturesque in the French part.

This is Mont Blanc in all its glory. Need to find the time to climb to the top… 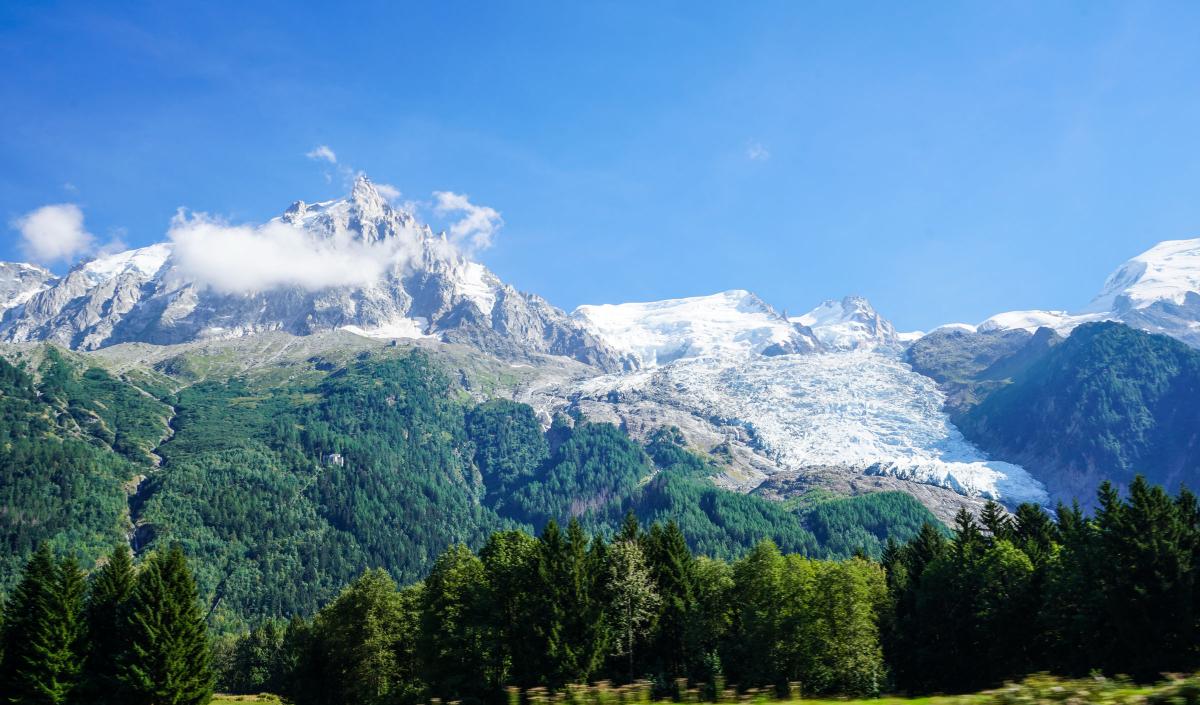 Chamonix. This is a mountain resort I’d also heard of many times but never had the chance to visit, go skiing at or just walk in the mountains near it. Now I can say I’ve been, even if it was just passing through by car. (You can also see my fellow traveler, A.Sh., in the photo; he also featured in some of the photos of the jumping into the Rhône.)

This is the town’s river… Not quite a Katun or Baksan… It’s called the Arve. 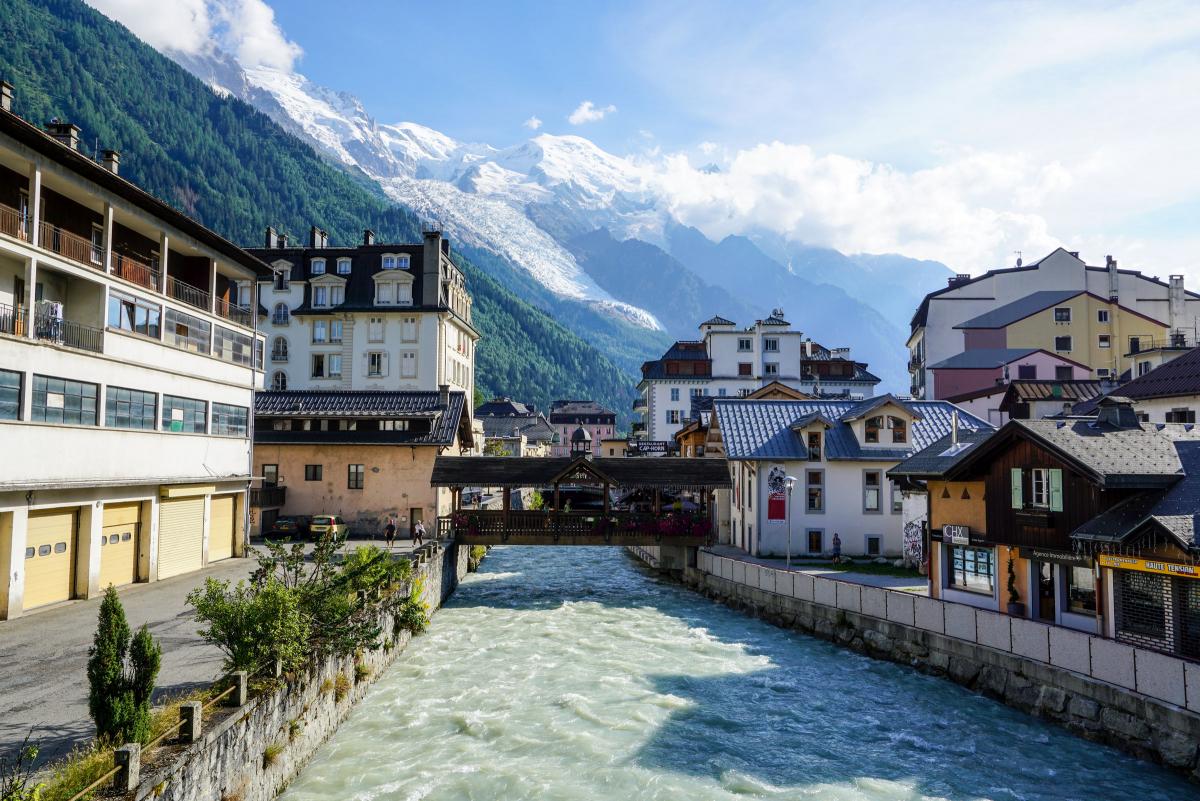 OK, enough of the pretty scenery, it’s time to get going. We passed through this tunnel, which is ~12 km long, and subject to some rather strict traffic regulations: you need to keep a distance of at least 150 m between cars and the speed limit is 70 km/h. There are two lanes. They say you can spend an hour or two waiting in line to enter the tunnel. 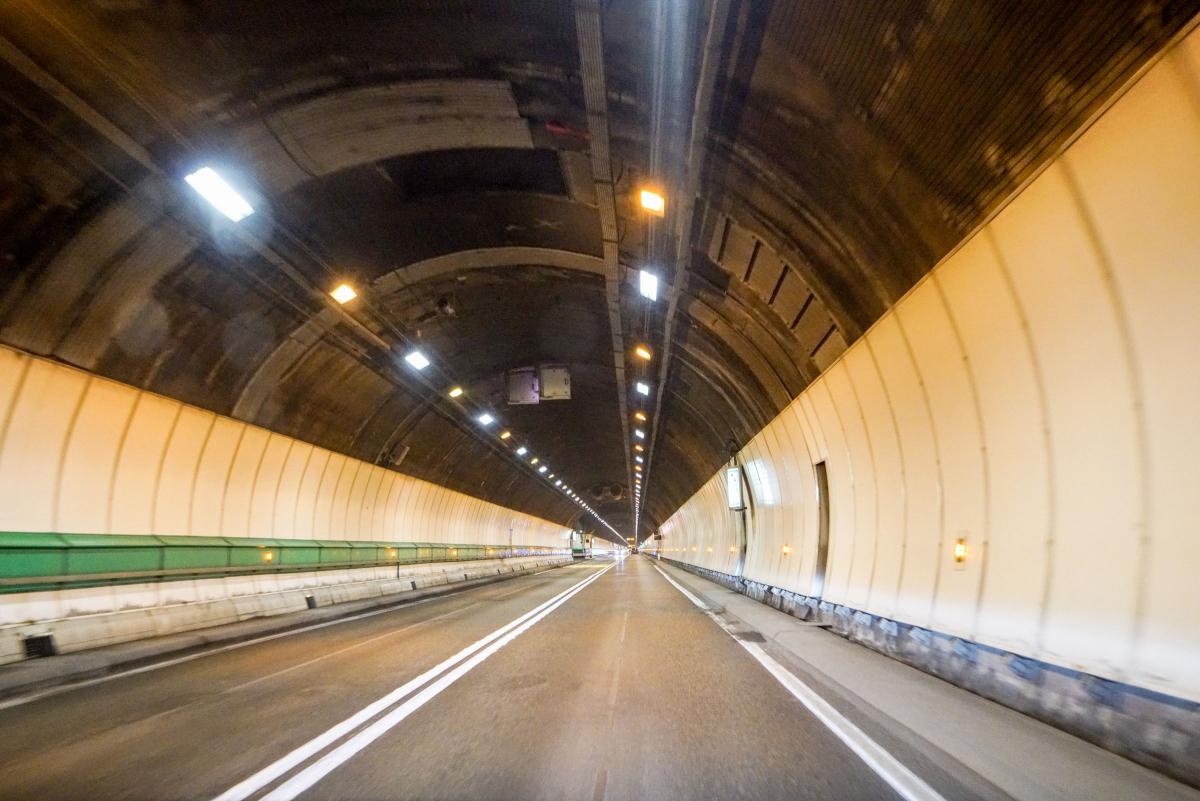 This is the view from the other side – the Italian side. 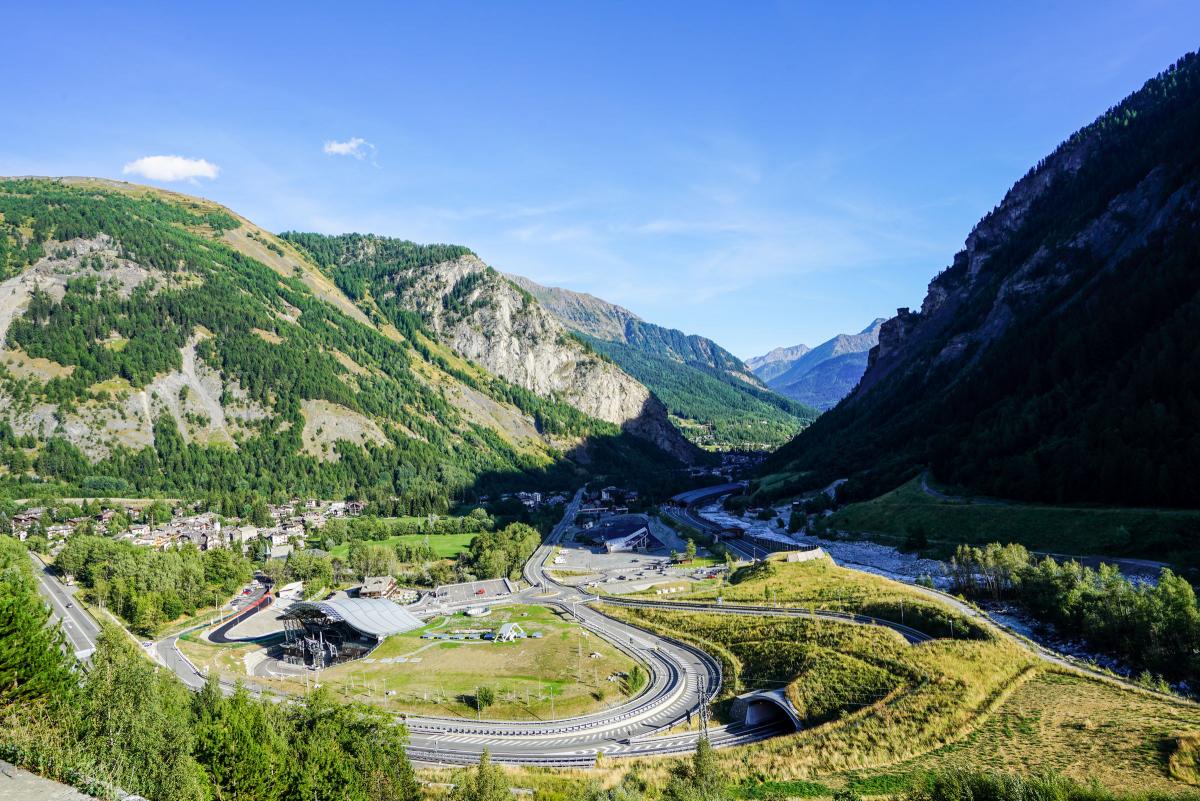 Unfortunately, there were no more scenic views. The Italian part of the route consists almost entirely of tunnels, with rare open stretches. It’s a fast highway, but not scenic at all and certainly not given to meditation.

If you happen to be in Milan in hot weather and you have a free day or two, then I highly recommend going to Lake Como, which is about 50 km from Milan. There, you can rent a 40-horsepower speedboat (no license required) and sail like the wind across the entire lake, which is not that small – it’s around 50km from top to bottom. I’ve seen it on a few occasions from aboard a plane, and once I even crossed it in a helicopter; now I finally got a chance to sail on it.

The surroundings are beautiful: mountains, towns, villas, and all sorts of boats.

And of course, a swim in the middle of the lake! 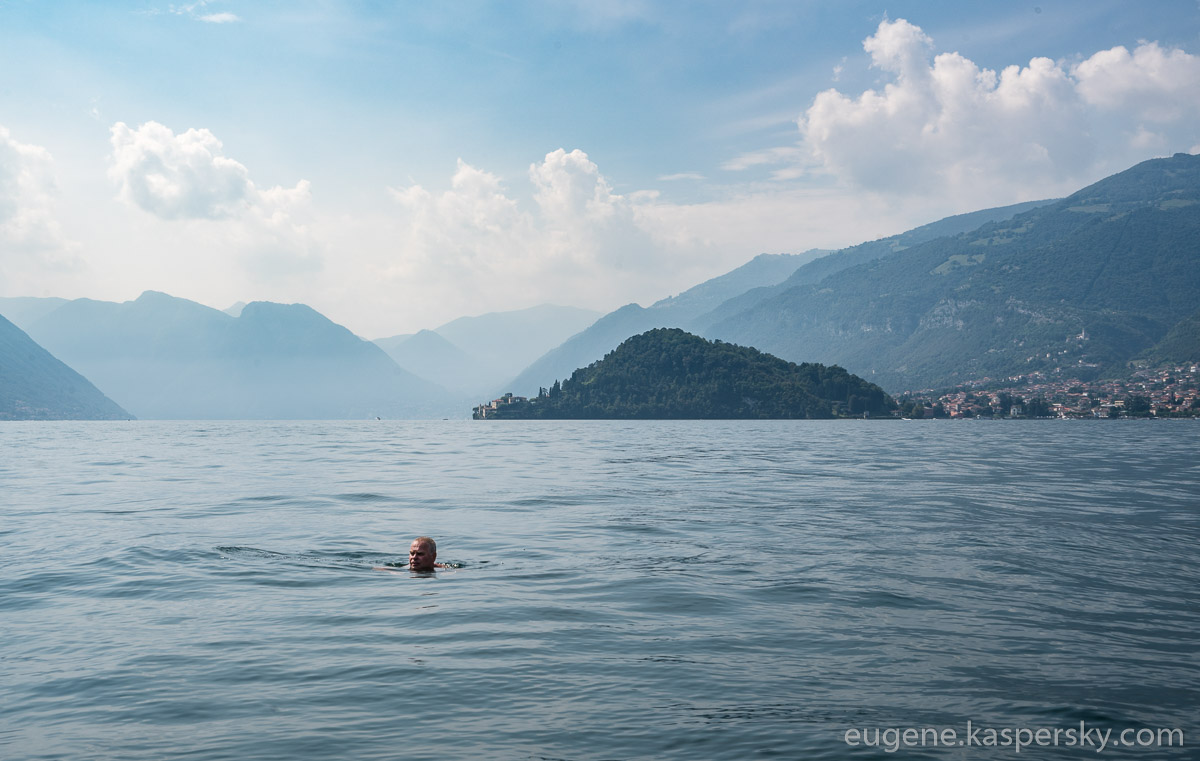 Then it was back behind the wheel to carry on the journey. We navigated the entire lake from the south to the north, which took us about 4+ hours in all.

In some of the towns you can moor your boat, have a stroll and enjoy some Italian cuisine.

These intrepid guys were leaping into the water from some pretty precipitous cliffs.

There were others engaged in all sorts of water activities.

In the northernmost part two rivers flow into the lake. One of them was this color. It reminded me of something I’d seen recently…

Some of the houses on the rocky lakeside are unbelievably picturesque in the light of the setting sun. And no, they haven’t been Photoshopped:

Time is getting on, the sun is setting, and we need to start heading for the hotel.

That’s it for now regarding water amusements. It seems the Altai mountains and the Katun river made such an impression on me that I just can’t get enough. From now on, I’ll write about other stuff, completely unrelated to water. Promise!