In a follow-up to my plane trip, this post is about my recent jaunt in a helicopter.

I had really hoped our plane could land closer to our destination, which was deep in the mountains, but, unfortunately, the Alps were covered in clouds, and we weren’t allowed to fly to Samedan (am I the only one who hadn’t heard of this place before?) So we were diverted to Malpensa airport, Milan. This white helicopter came to Malpensa to collect us.

Which came as a huge surprise to me. Usually, helipads are either located outside international airports, or miles from the terminals, runways and taxi tracks. However, this time the helicopter landed close to the civil air terminal – in the photos above you can just make out the plane tails with the logos of Emirates (A-380), Lufthansa, Alitalia, Swiss Air, etc.

Then there was the most curious part of all – takeoff.

Our helicopter took off … I’m not really sure how to put it… The helicopter was being taxied like a regular plane! First, we waited some time for clearance to take off, then we were assigned a takeoff “window”, and then the helicopter rose up just above the ground and flew precisely along behind the regular “Follow-me” car.

So, there we were flying a few meters above the ground, strictly obeying all the runway markings, and the follow-me car was driving in front of us – you can see it clearly in this picture:

We eventually reached the runway, and then flew straight along it to build up speed, and then we ascended. I don’t know why we had to do it like an airplane, but it was fun.

Then we flew over the Alps. Just wow!

There were some mind-blowing views, and lots of “wows”. The only problem was that there was thick cloud in places: sometimes, the pilot had to search for openings in the clouds, approached mountain passes and turned away abruptly because the valley beyond was completely covered. Of course, the pilots had all the navigation gear, but they only flew where there was visibility. In short, I absolutely recommend taking a helicopter flight over the Alps if you ever get the chance.

And here’s our destination: 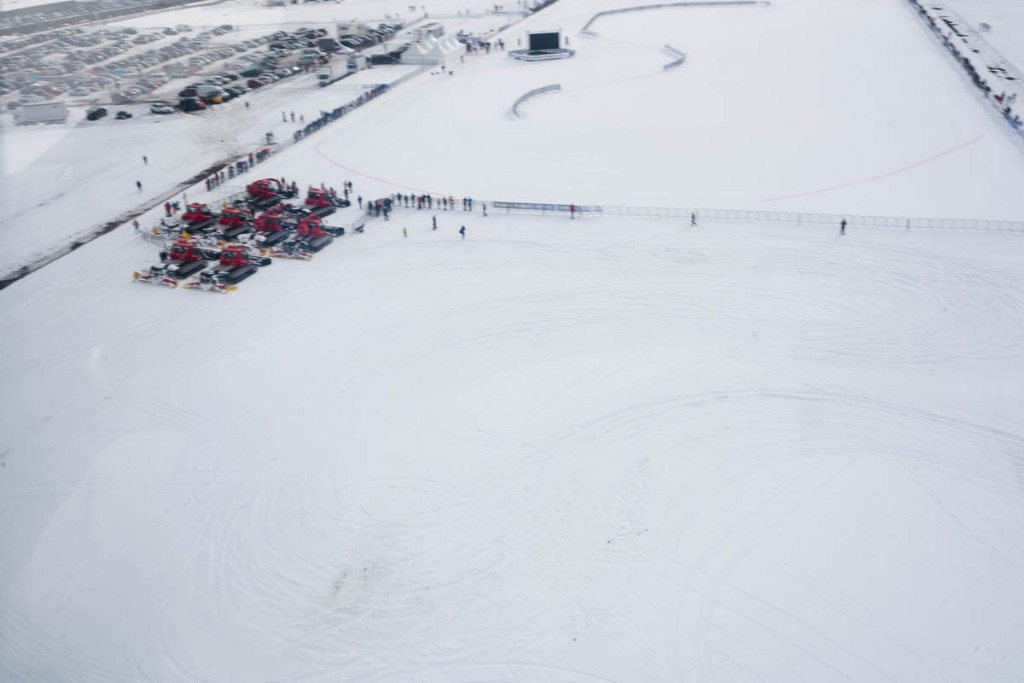