I find myself in many different far-flung places on this planet, but quite often they’re… predictable: world capitals, business hubs, Must-See places…

But occasionally I also get to less obvious spots. Example: Sviyazhsk. Heard of it? Probably not!

Well, it’s an ancient town, now a village, located at the confluence of the Volga and Sviyaga Rivers. 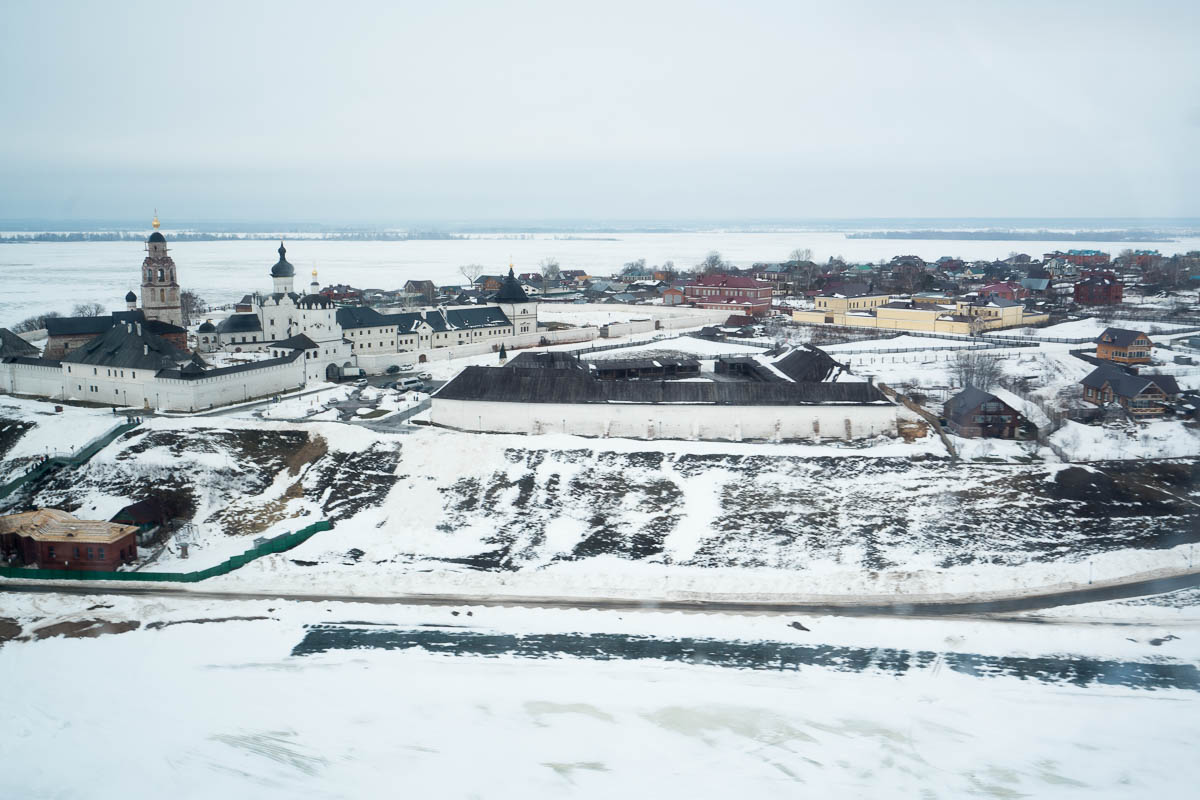 According to our excellent excursion guide (I normally trust good guides more than, say, Wikipedia), the short history of the town is as follows:

Ivan the Terrible tried to take over Kazan – twice – but both times failed, and had to retreat back to Moscow. For his third attempt there was a change of strategy: a fortress-town was to be constructed – eventually – around 25 kilometers from Kazan. Thing is, the plan was to originally build such a fortress either near the town of Uglich or that of Myshkin – more than a thousand kilometers upstream of Kazan on the Volga: yep, they made a mobile fortress kit! Once built, all the wooden beams and everything else that made up the fortress was carefully marked and then dismantled, and then sent floating down the river for a good 1000 kilometers! In May 1551, all the oversized Lego pieces were put together in just four (4!) weeks, like I say, around 25km from Kazan. 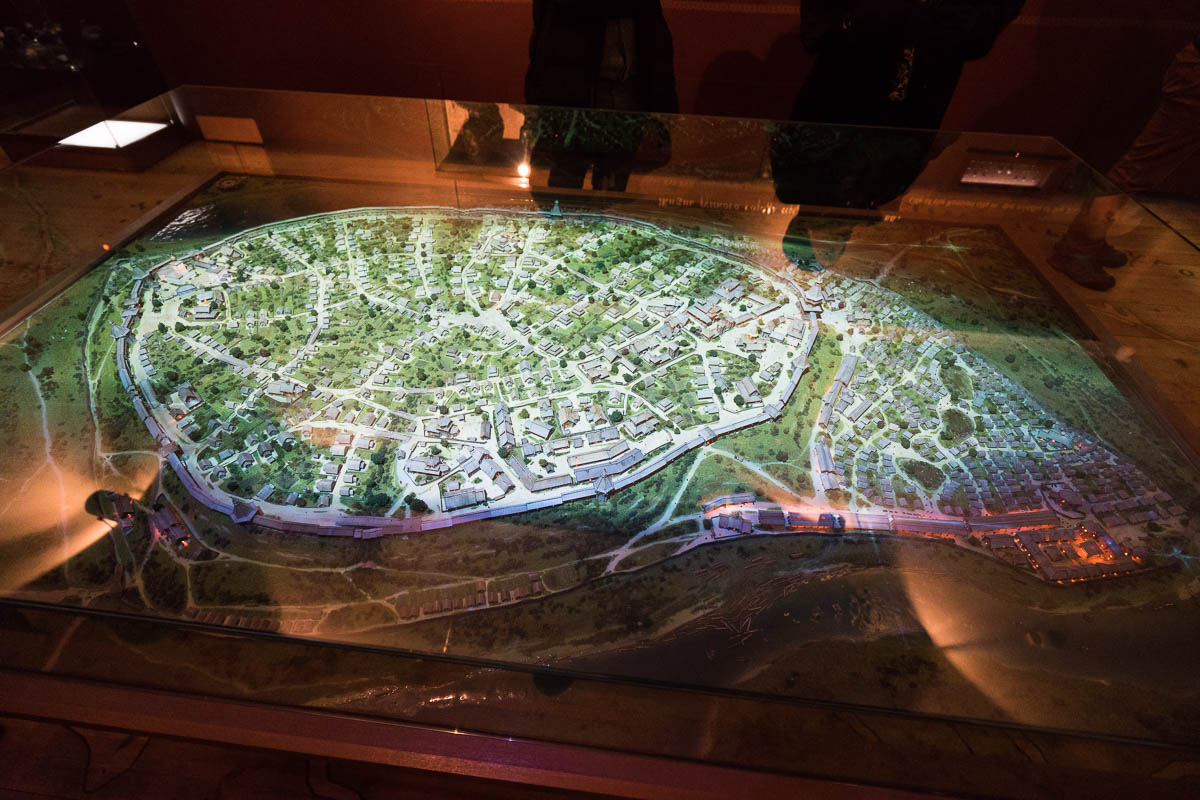 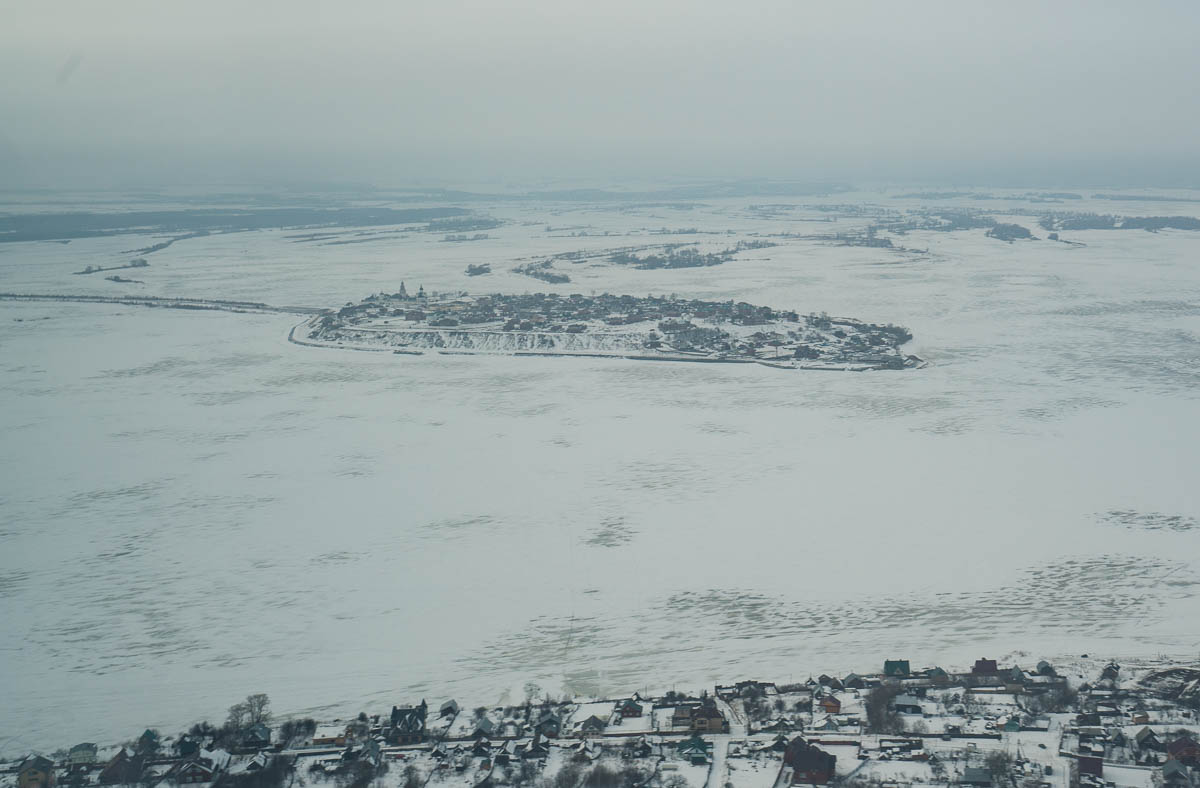 Talk about ambitious!?! Still, they pulled it off. 460+ years ago. Not only did it get rebuilt, it was successfully used for the third pop at Kazan, which finally fell to Tsar Ivan IV (the Terrible one).

Fast forward 400 years and the fortress-town took some hard knocks during revolutionary times: a lot of it was destroyed. The only new construction from those times was a monument to, of all people, Judas. At least, that’s one version – for today there’s not a trace of such a monument, so who knows.

Of the centuries-old buildings only one remains – the Troitskaya chapel: 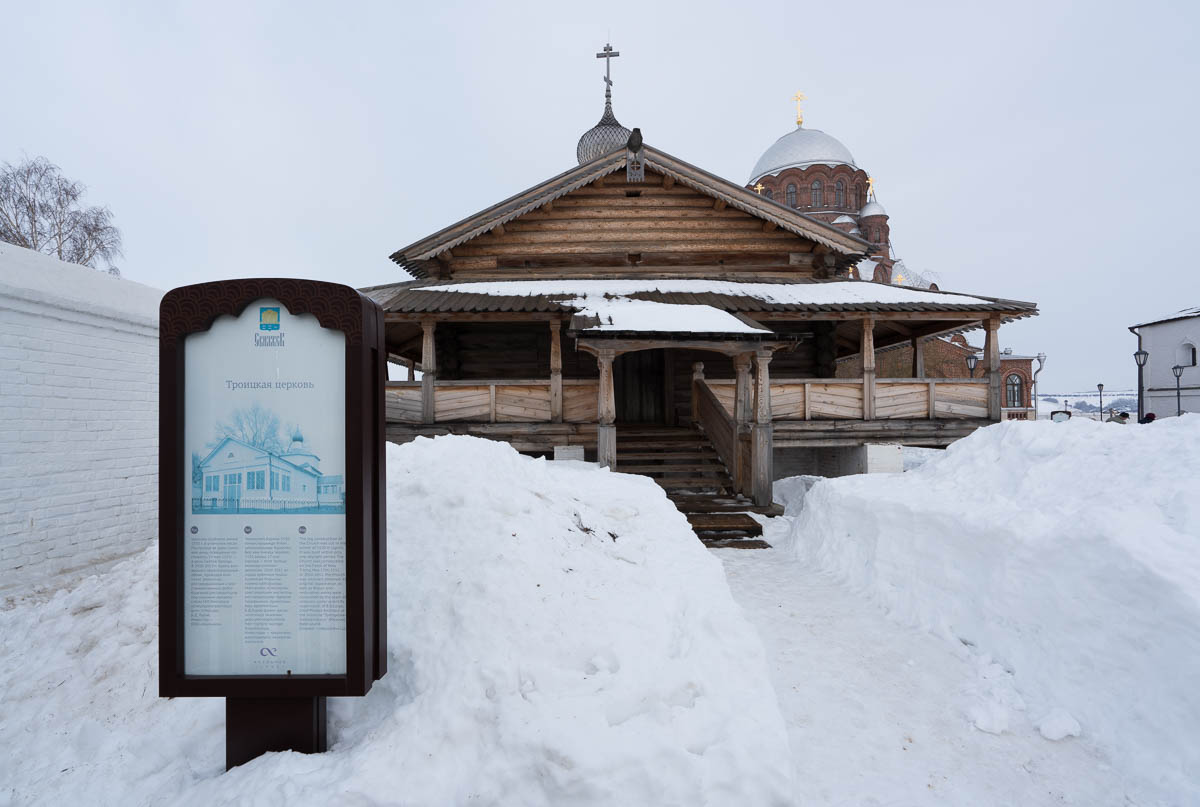 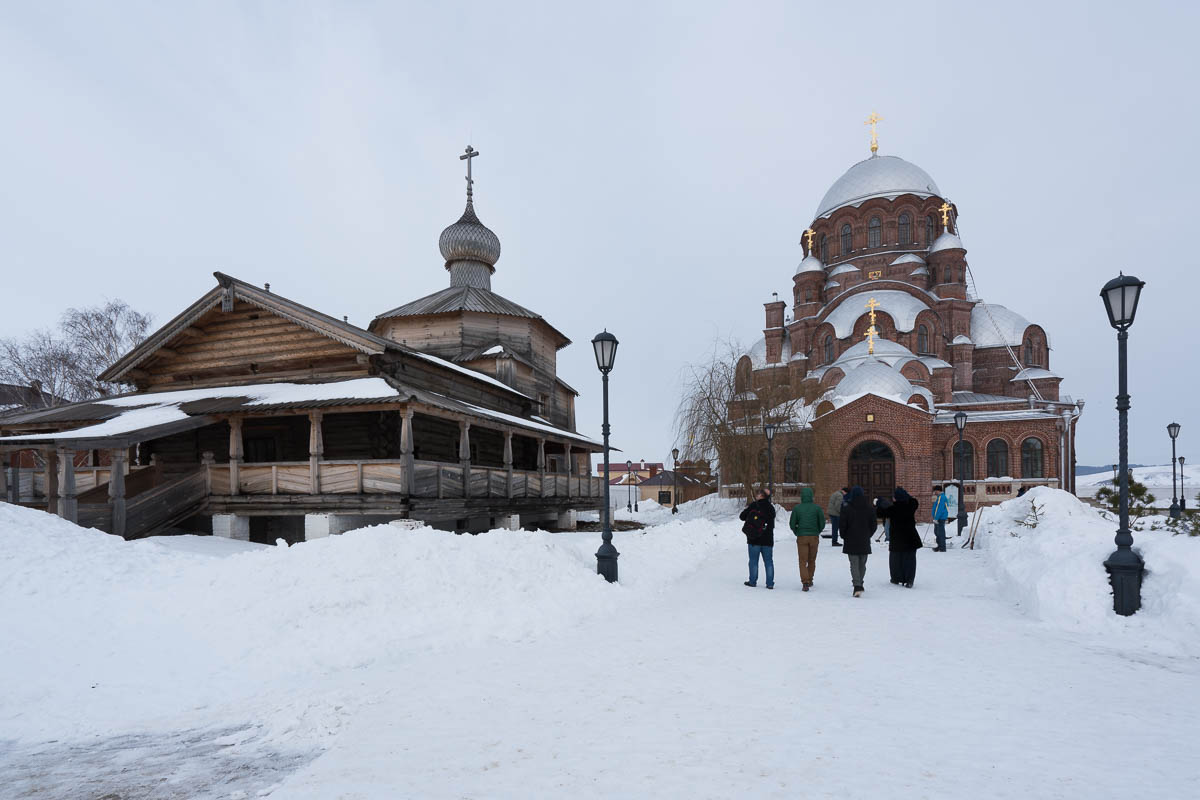 Today the population of Sviyazhsk is around 270, down from ~3000 at its busiest. 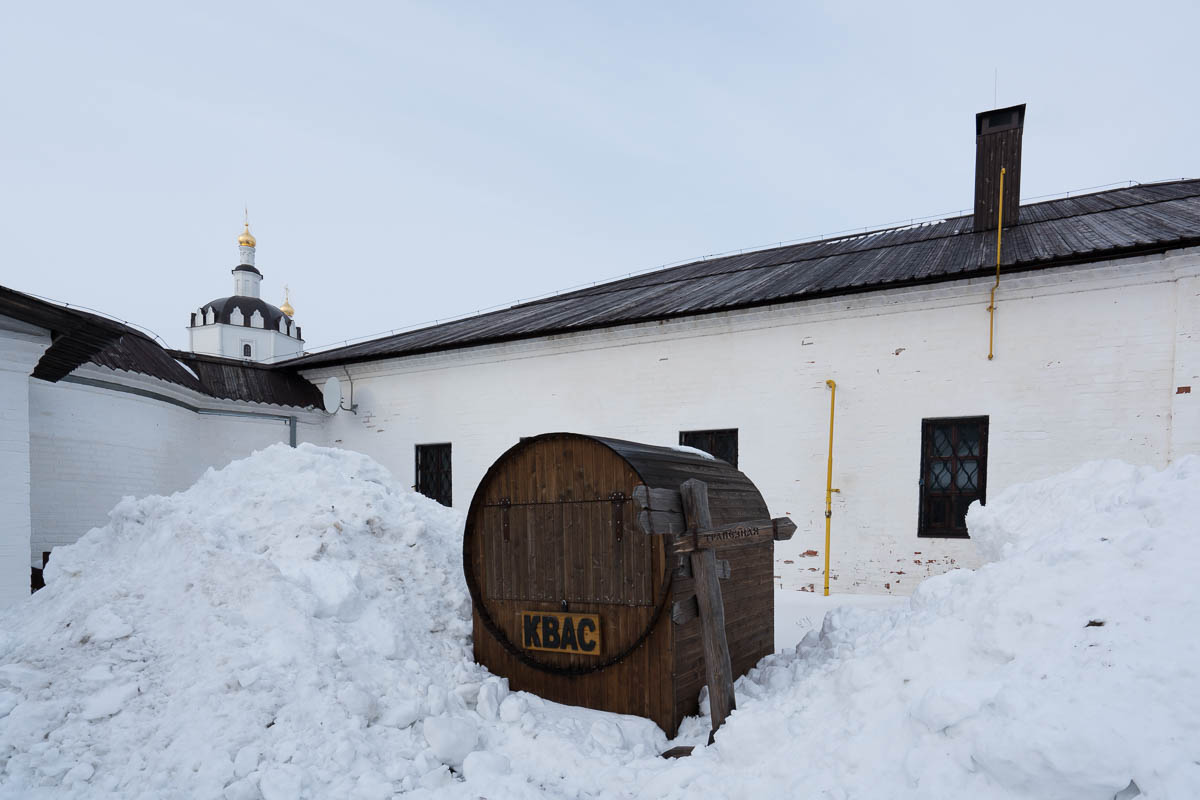 The vistas all around are endless… 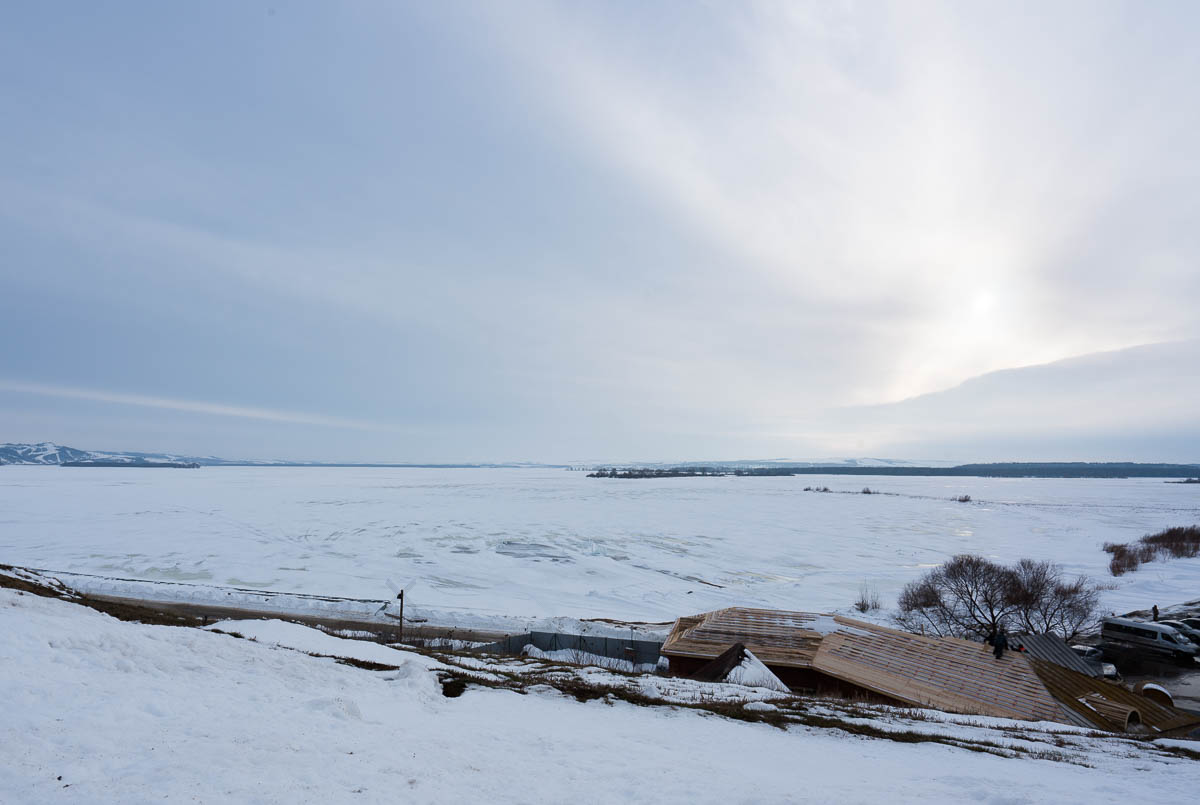 Btw, the dike from the island (visible on the third pic of this post) is called the ‘road of life’. Yep, that’s about right: no dike – no access to Sviyazhsk whatsoever: blockaded.

Another interesting place along the Volga you may never have heard of is Bolghar, which used to be the capital of Volga Bulgaria at different times between the 8th and 15th centuries. Archaeological excavations here have dug up a lot of reaaallly ancient stuff – going back as far as the Bronze Age. Alas, no such unearthed bits and pieces remain in local museums; they were all sent to St. Pete’s Hermitage.

The ancient city was of a considerable size for the times – 2×2 kilometers, i.e., several times bigger than the Kremlin in Moscow or the Peter and Paul Fortress in St. Pete. The outer boundaries of the ancient settlement are today still marked out by a circling mound in which remains of the ancient walls are to be found. It would appear it wasn’t a bad place at all – a lot was constructed and it had grown rich. It was periodically invaded and destroyed, and then built up again – over and over. It was fatally razed for the last time in the 15th century. 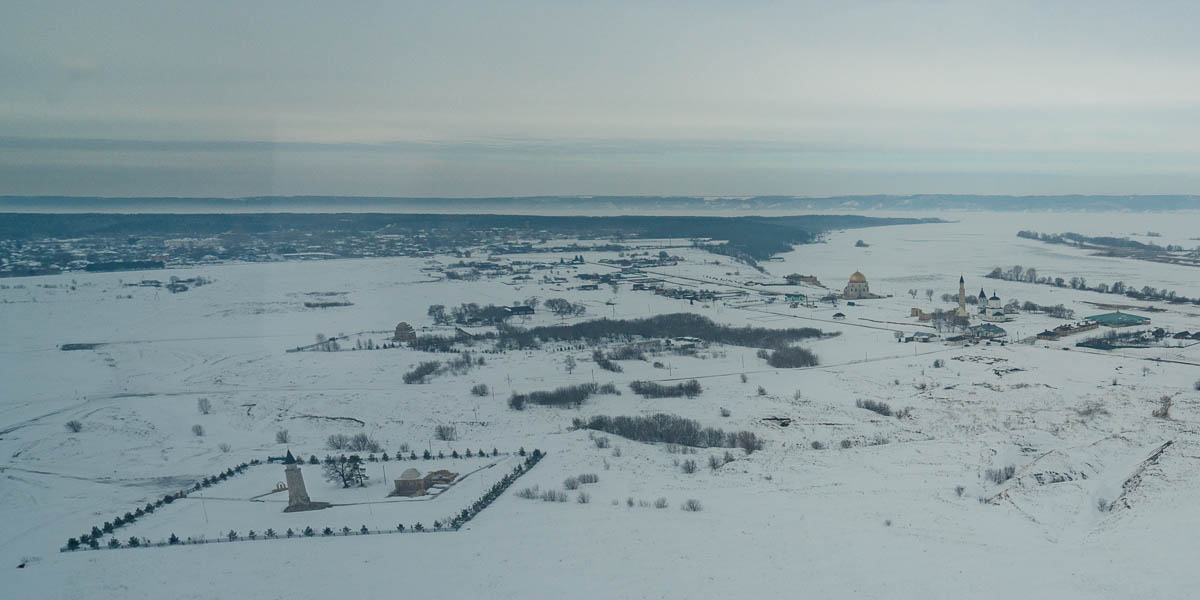 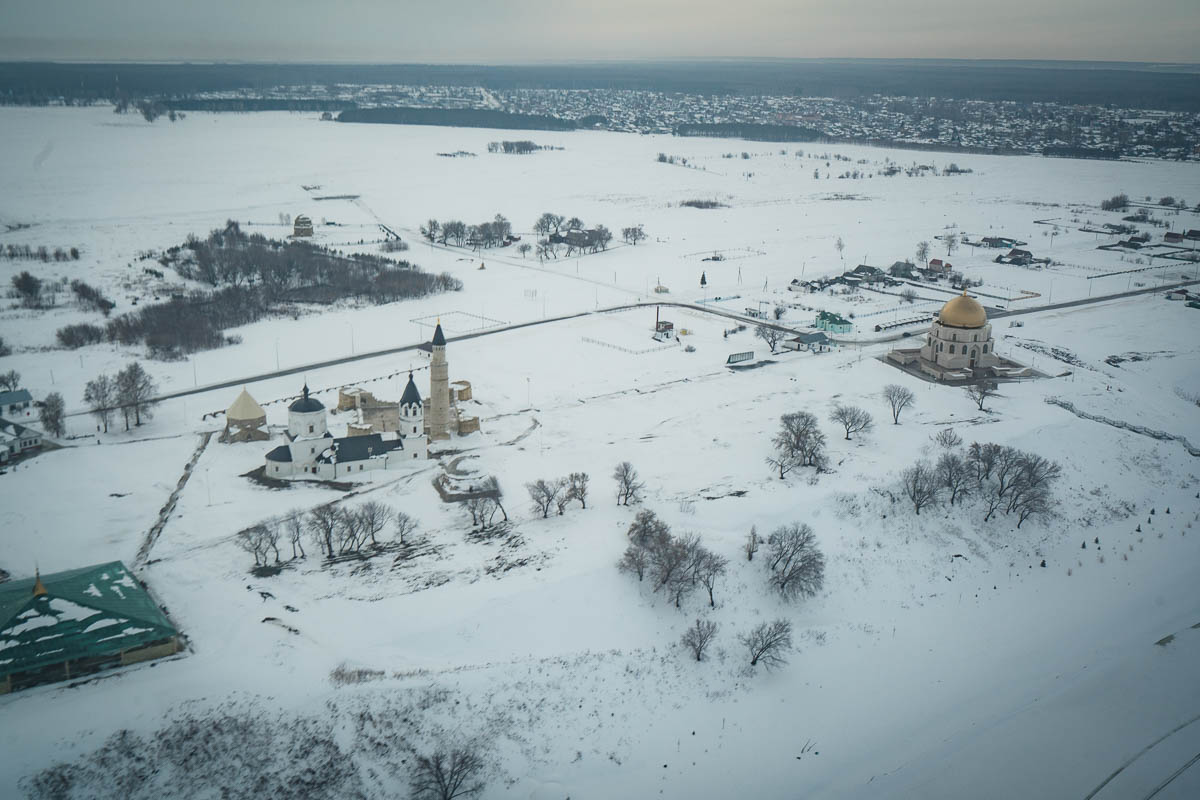 An interesting, serene spot. Elevated, with a good view of the Volga and the surrounding expanses. One open-air museum by the ancient settlement site, and six (6!) over toward the Volga. Keen history buffs – you need to get here. 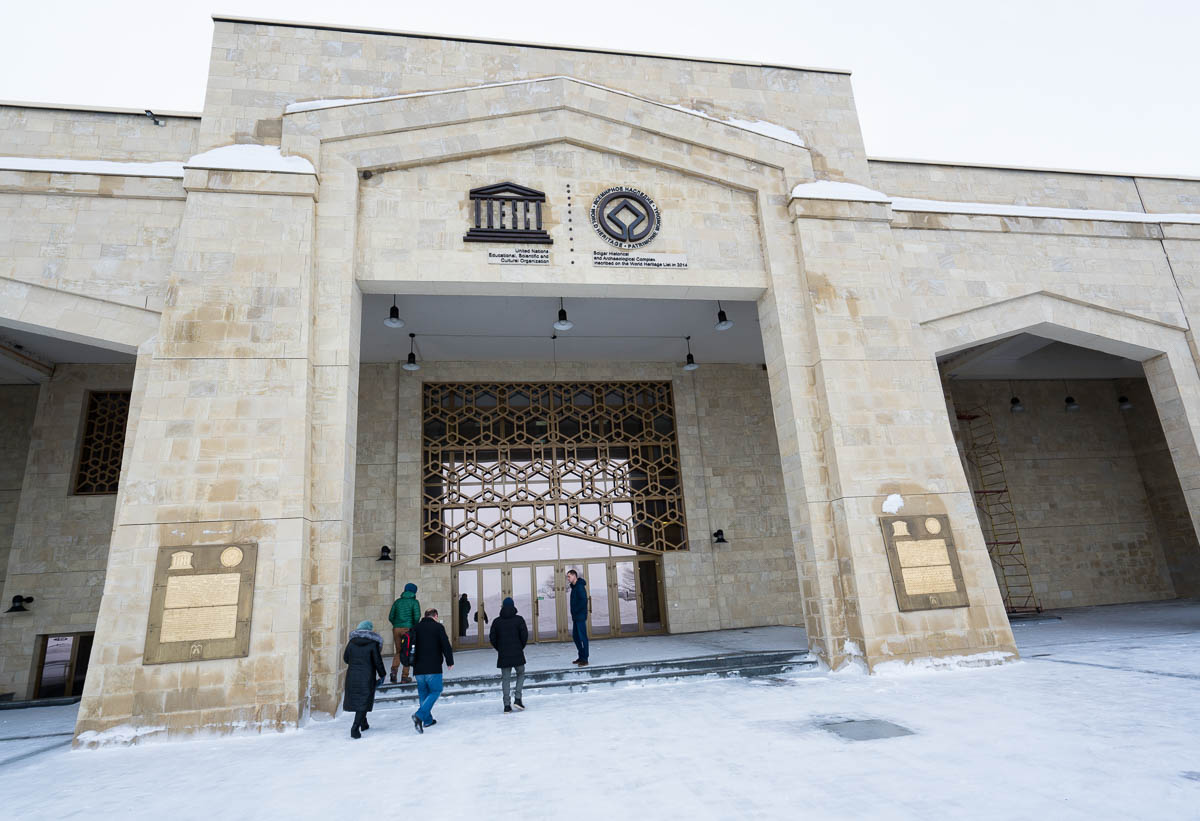 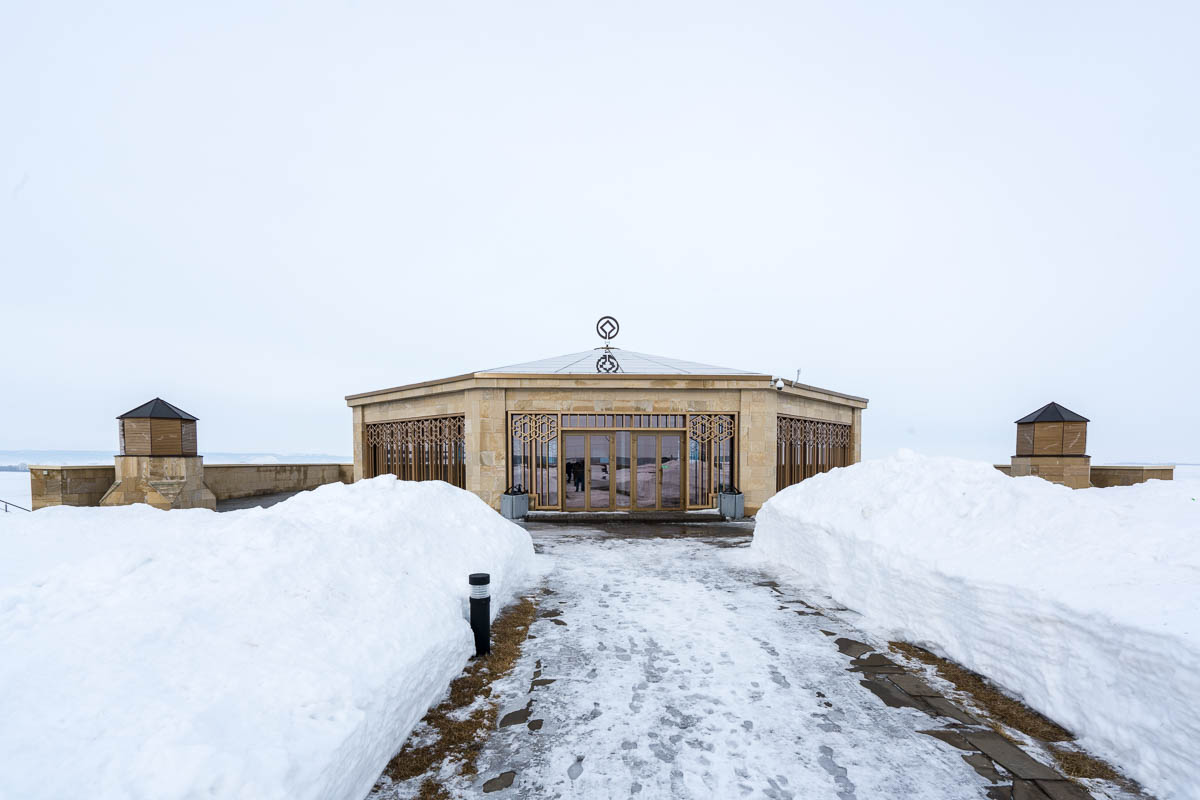 It’s here in Bolghar where you can find the world’s biggest Koran, evidenced by its entry in the Guinness Book of Records. You might presume that that would mean it’s a very old Koran, but you’d be wrong: it was printed in Italy in 2011. Weighing 800 kilograms, it takes four people to turn the pages, all of which are indeed turned every now and then so they don’t get all stuck together with time. 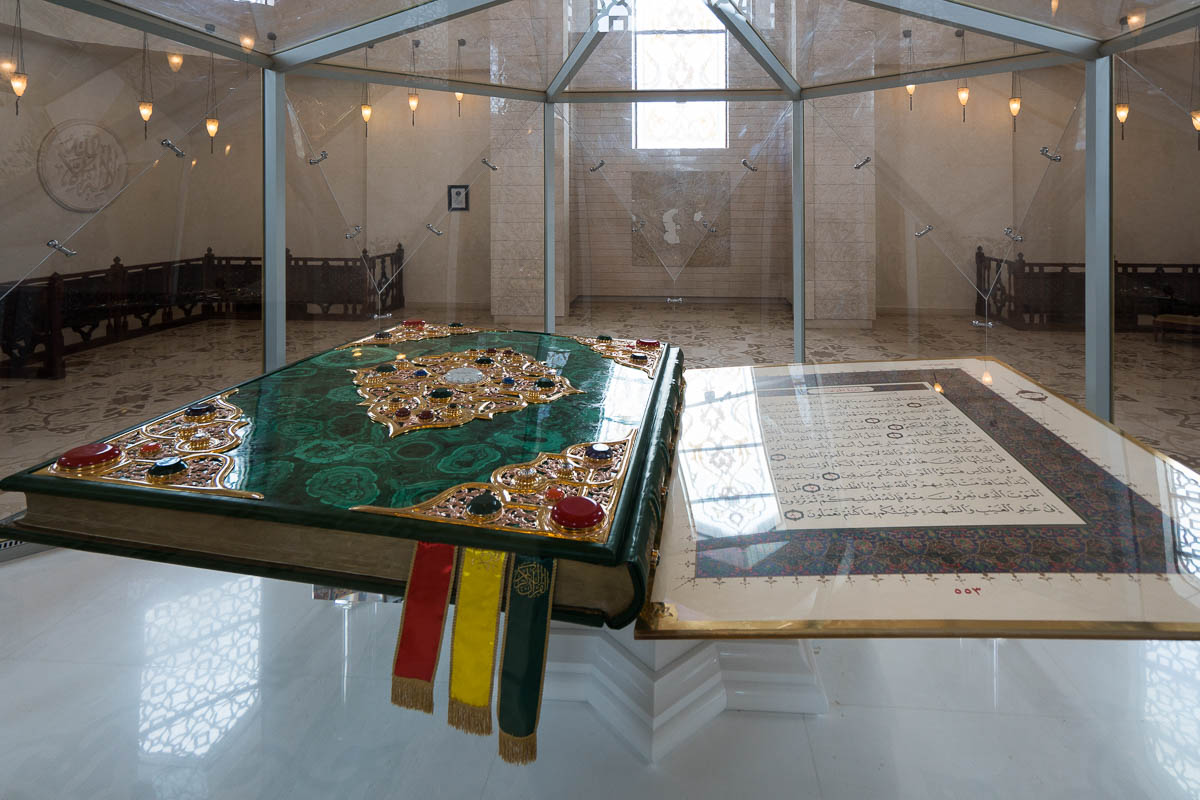 It can easily be said that this neck of the (Russian) woods has long been, and still is, home to projects of a very large kind, be it in Sviyazhsk or Bolghar (respectively). Today the region has seen a new trend emerge: an innovational one. For it is here where the Innopolis IT city is located.

Construction of the ‘High-Tech City’ started just three and a half years ago in 2012, but already it’s a veritable Russian Silicone Valley. Fully up and running are its ‘Technopark’ (the round building), university and dorm, residential block, kindergartens, schools, roads (with pedestrian underpasses), and more. Very cool. Extremely positive vibes. 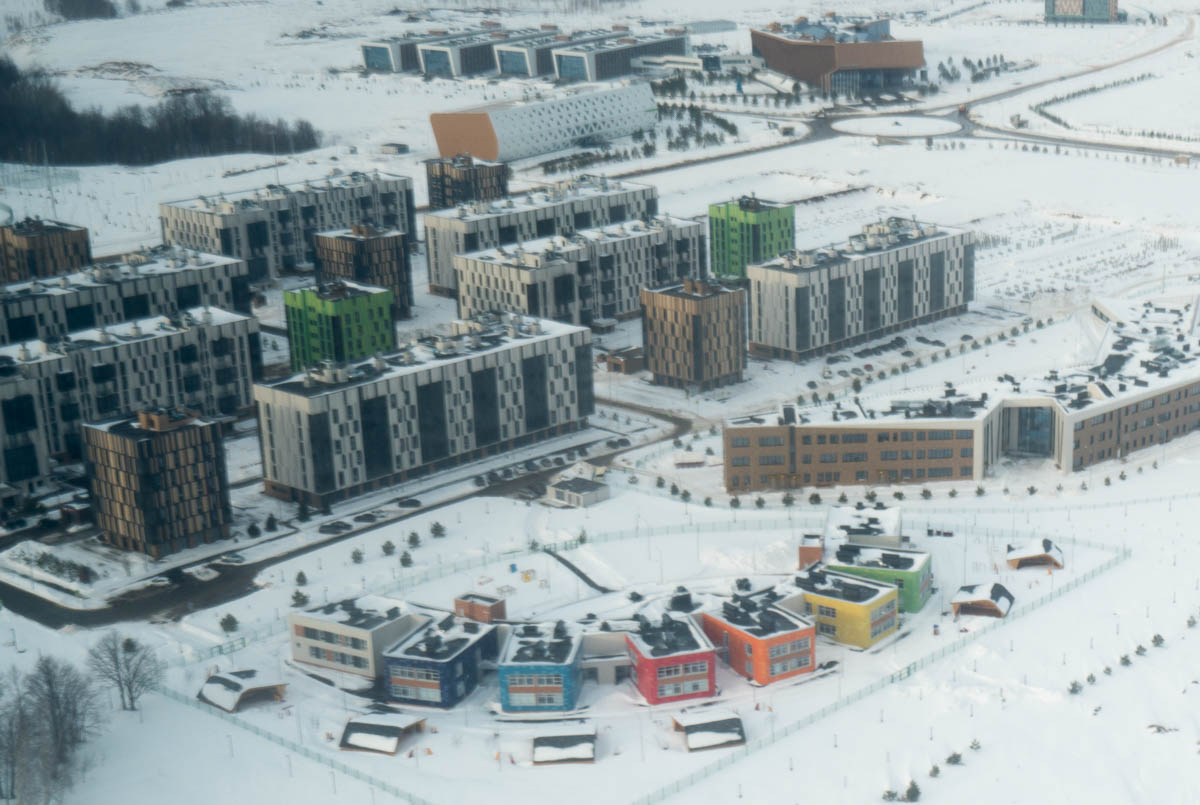 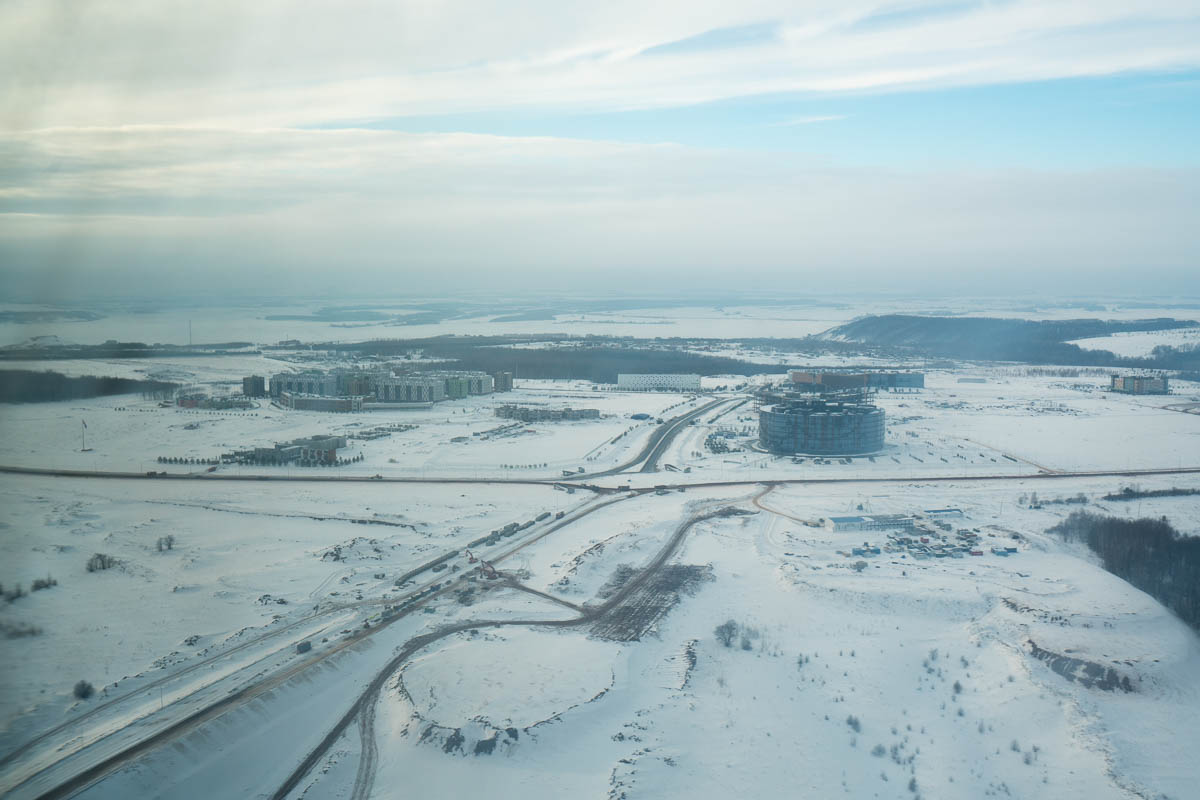 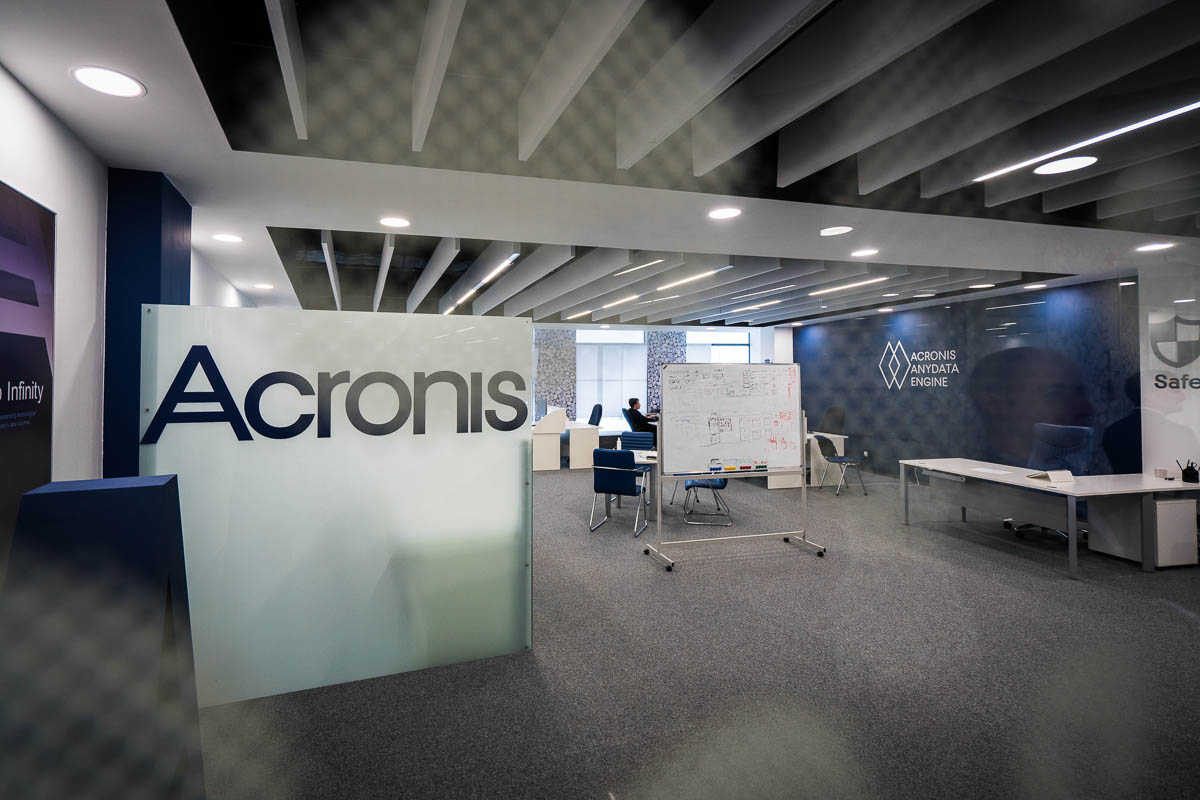 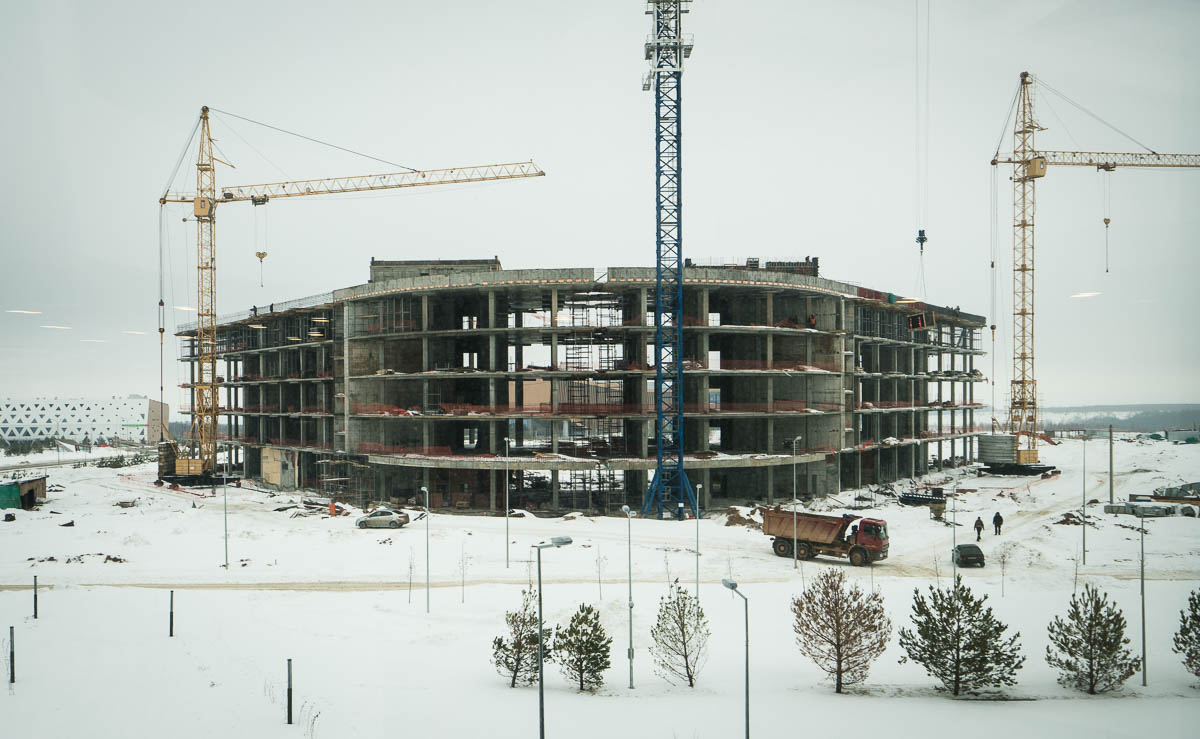 In the below pics – the uni. Many teachers are ‘imported’, with lectures conducted in English. My lecture was in Russian though. I do speeches in English around the globe but, speaking to Russian-speakers, doing so this time made little sense.

Here’s the dorm. Crikey. How things have progressed.

In all, a very encouraging, promising and reassuring place. Very impressed. I left with a lot to think about…

Thanks to our wonderful hosts for having us over and showing us around.

While in Tatarstan I also got a bit of industrial-facility watching in too! I do this – having checked out hydroelectric plants and aluminum refineries and the like in the past. Well now I can add a polyethylene manufacturer to my list – Kazanorgsintez :). 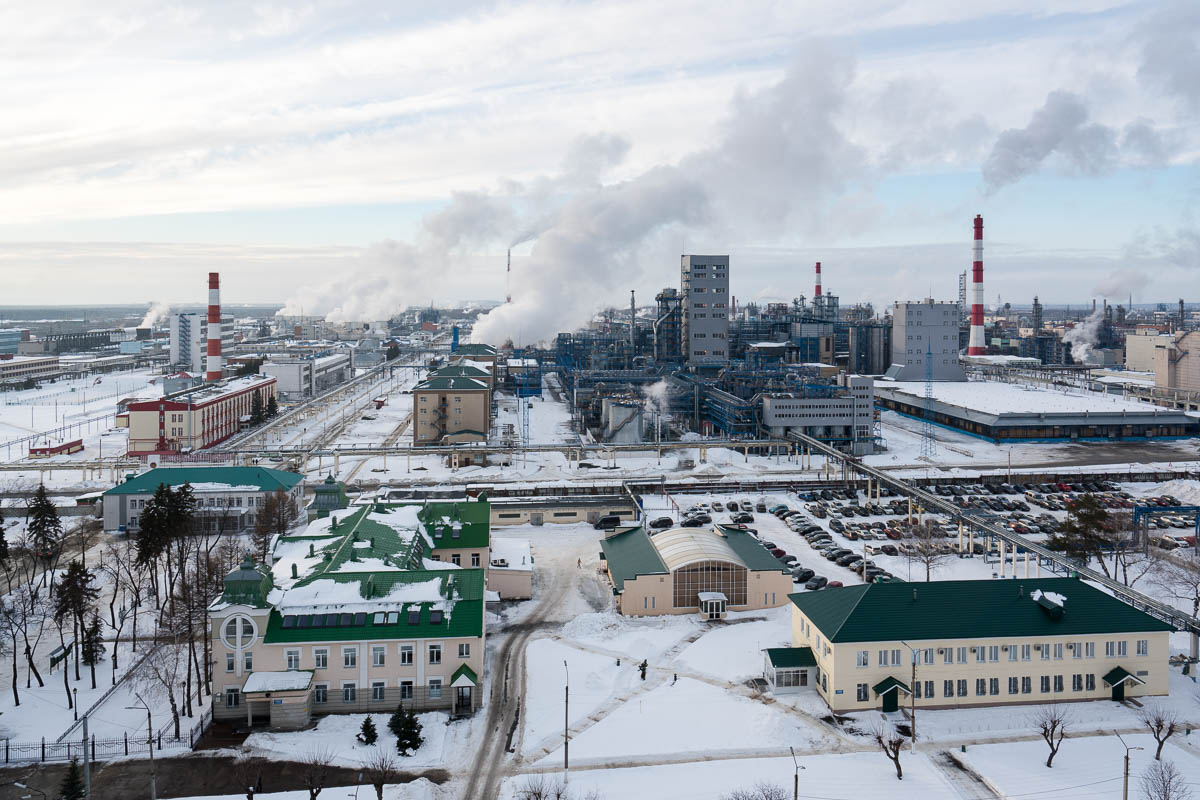 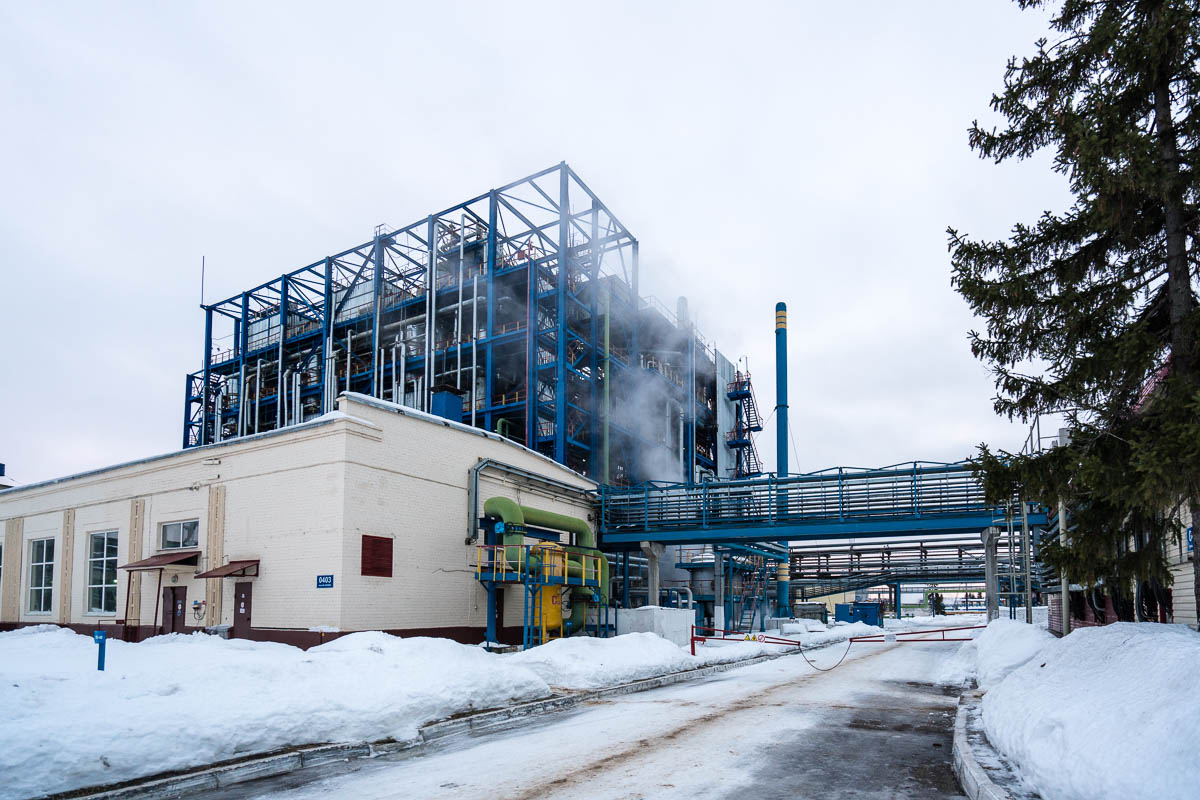 This massive, sprawling industrial base was at full steam ahead when we dropped by. Steaming, hissing, rumbling, smelling. There are actually a whole seven production facilities here, all amalgamated into one big tech and logistics hub. 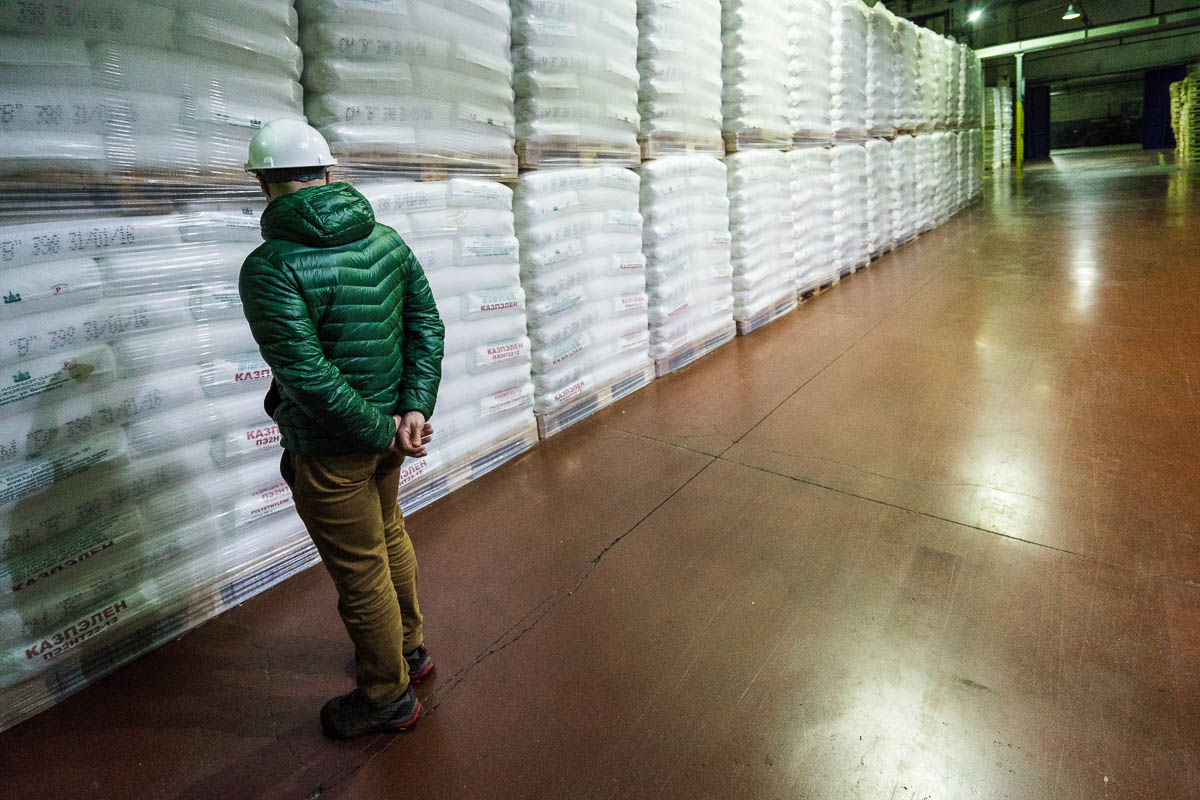 ICS here, it goes without saying, is everywhere. Right up our street! 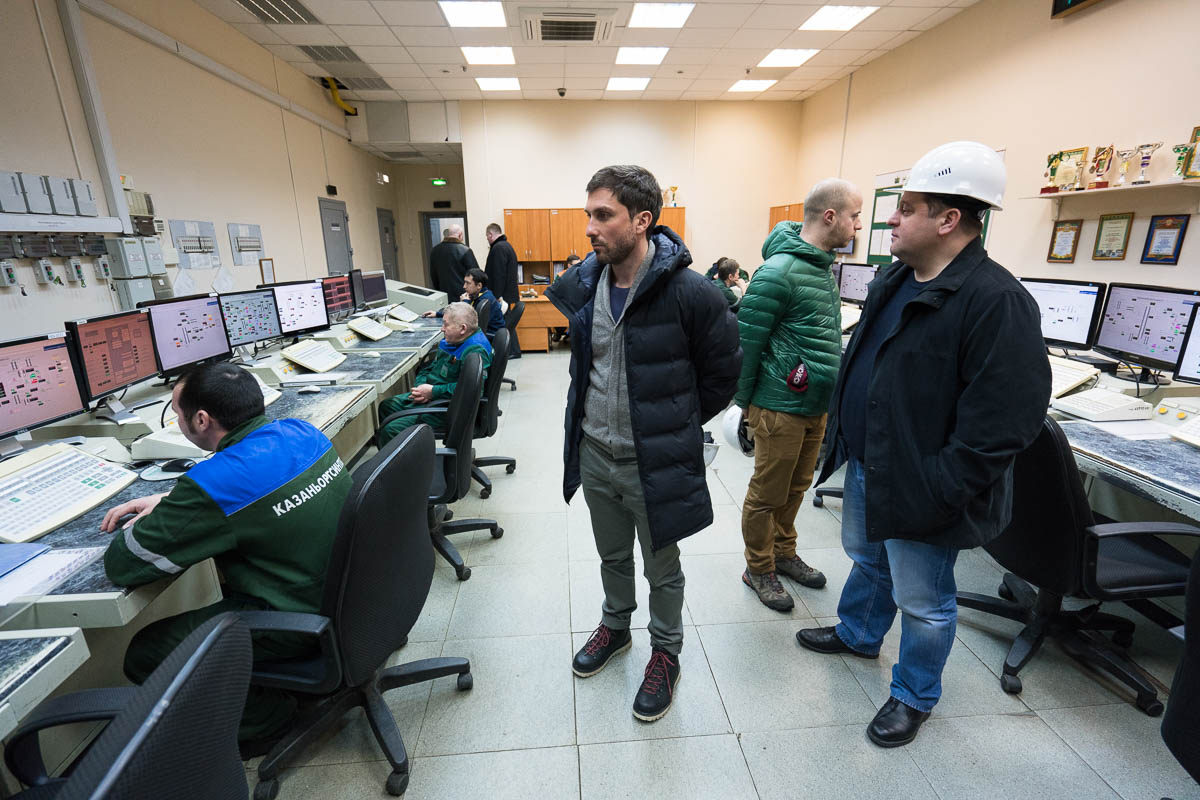 What a great excursion. Three hours flew by.

Straight after Tatarstan I flew over to London for one night for a quick bit of business. I stayed at Ham Yard Hotel – a firm favorite of mine. This time I was in a room which looked more like a library. All the books were real, with pages with printed words on them, but with empty front and back outer covers. First time I’ve seen that. Why? So no one would pinch them? 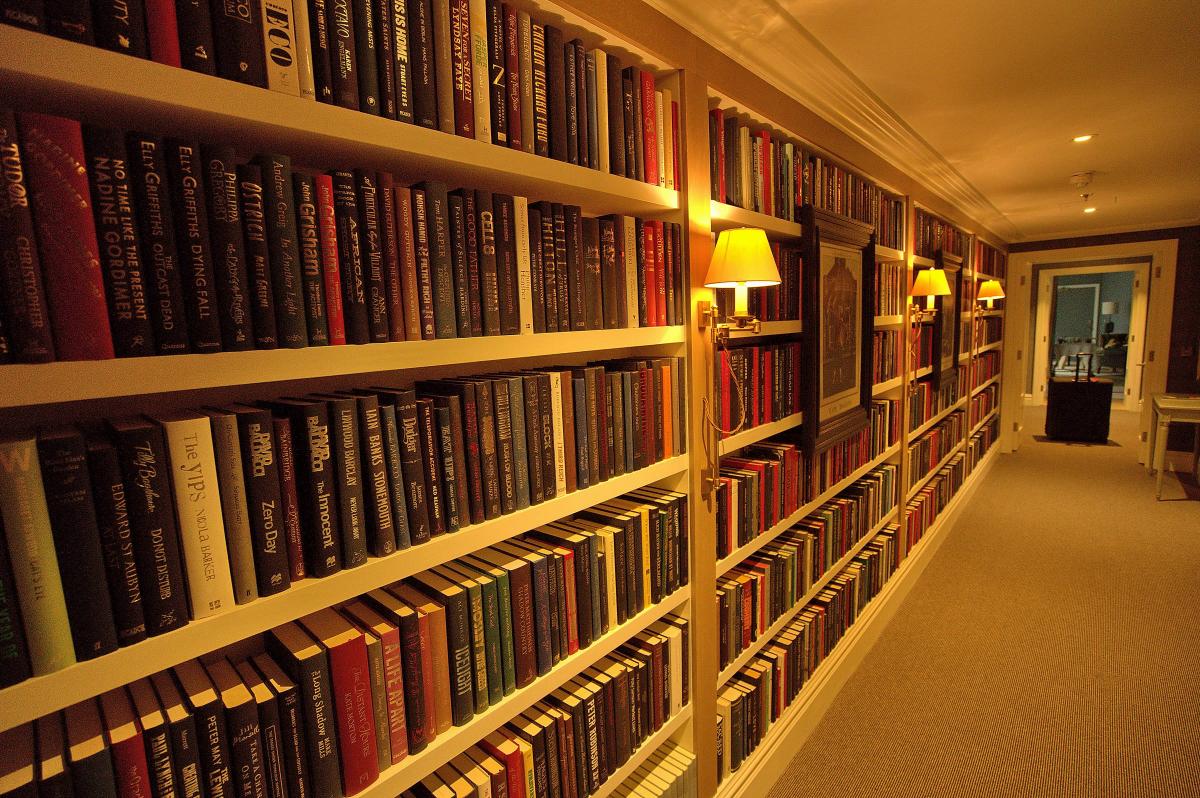 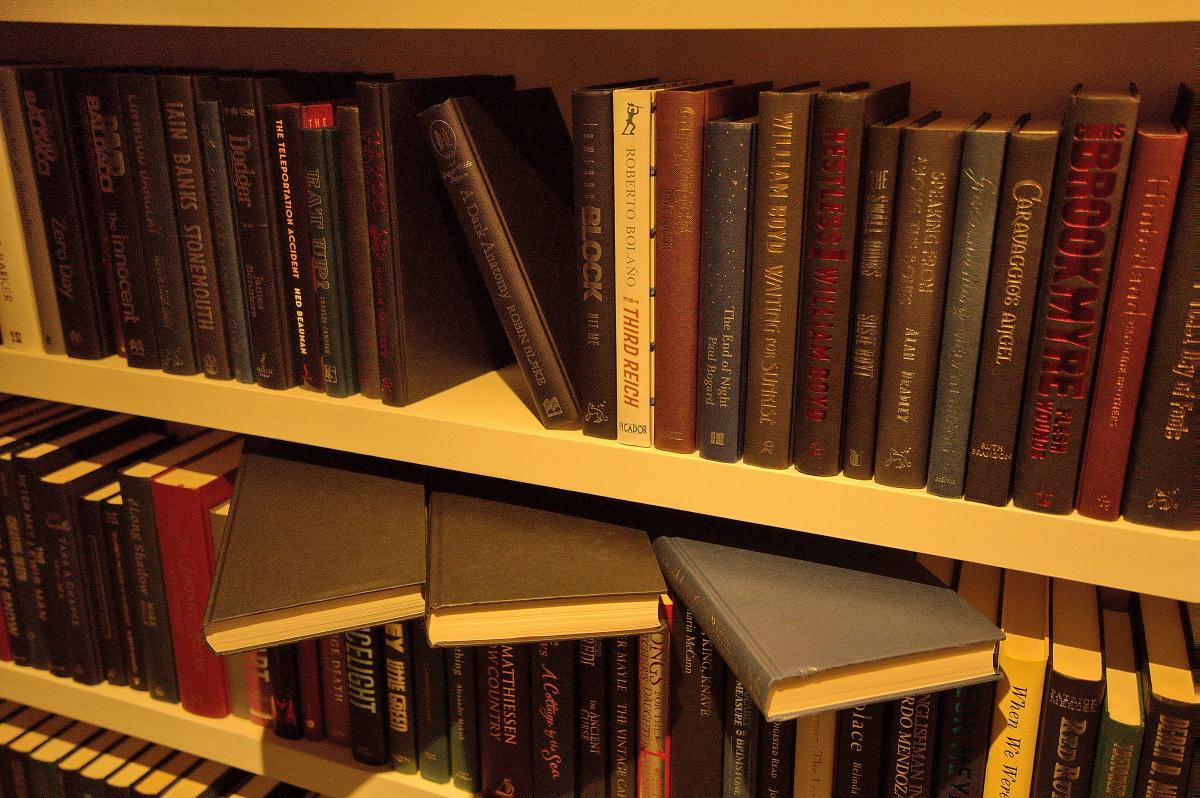 Here’s the hypno-clock again. But this time a bug was found in it. Can you find it in the pic? 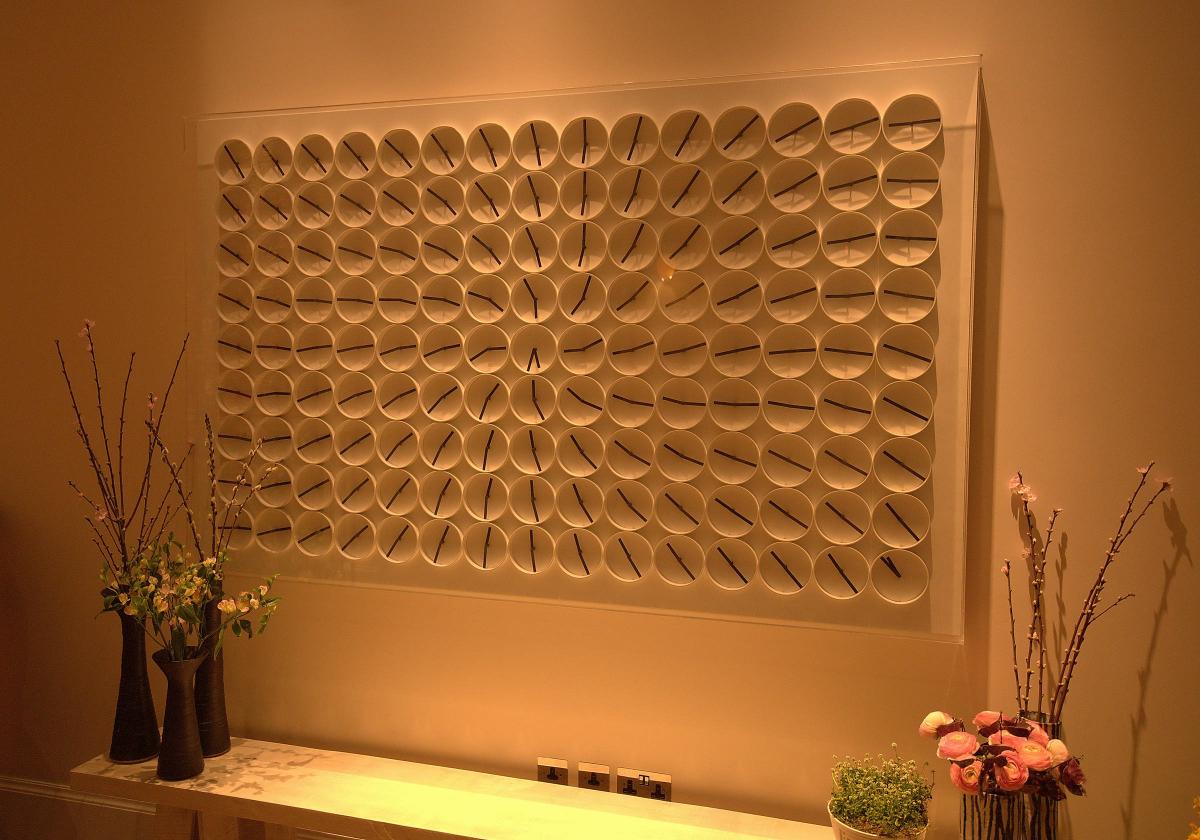 More oddities… in the lift a picture with dogs. Can you find the cat? 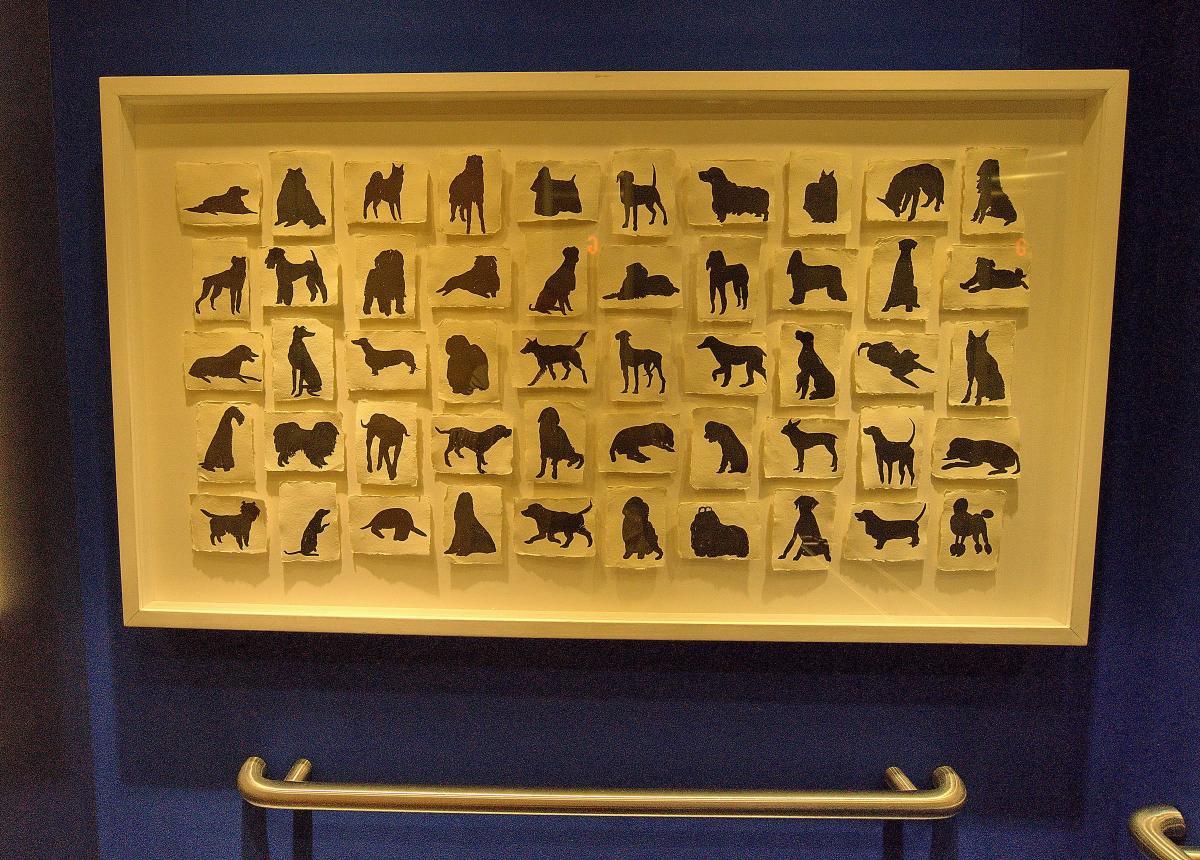 And here on the bar, can you find kvass? 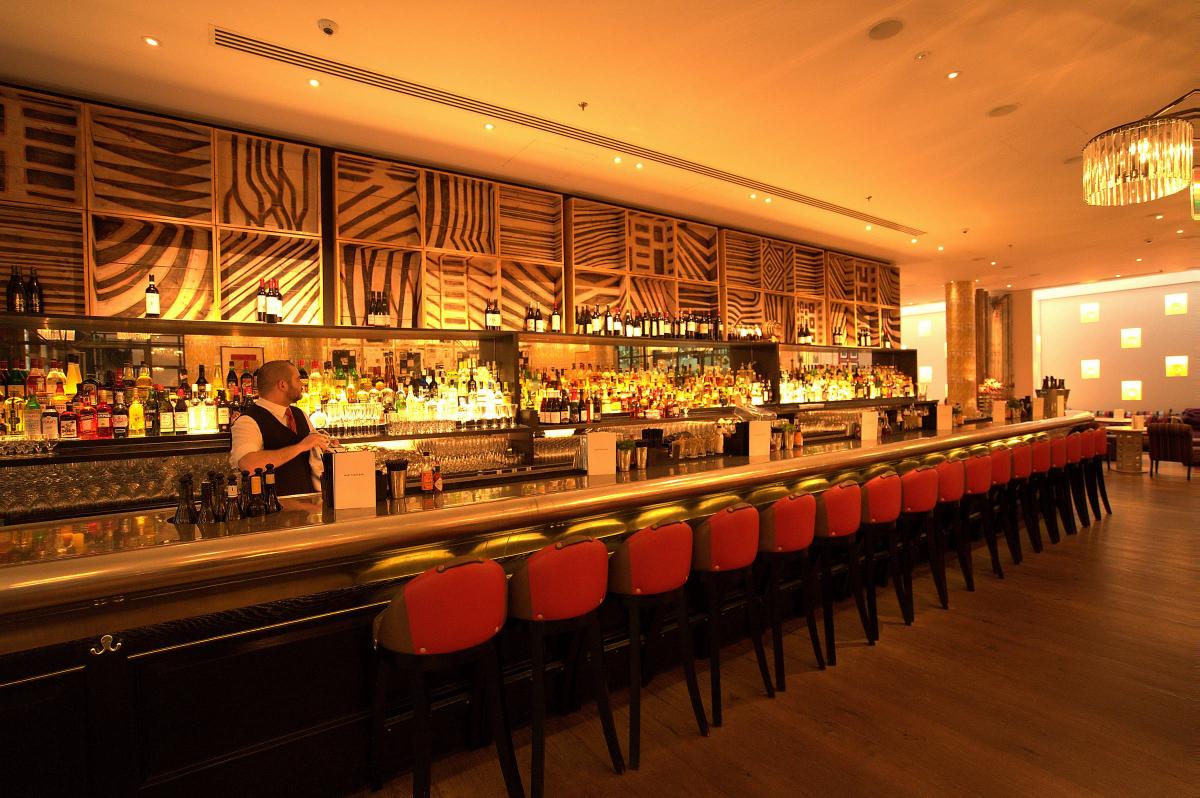 I could find neither. What about you?

Over and out from the Smoke, folks. Back soon from… 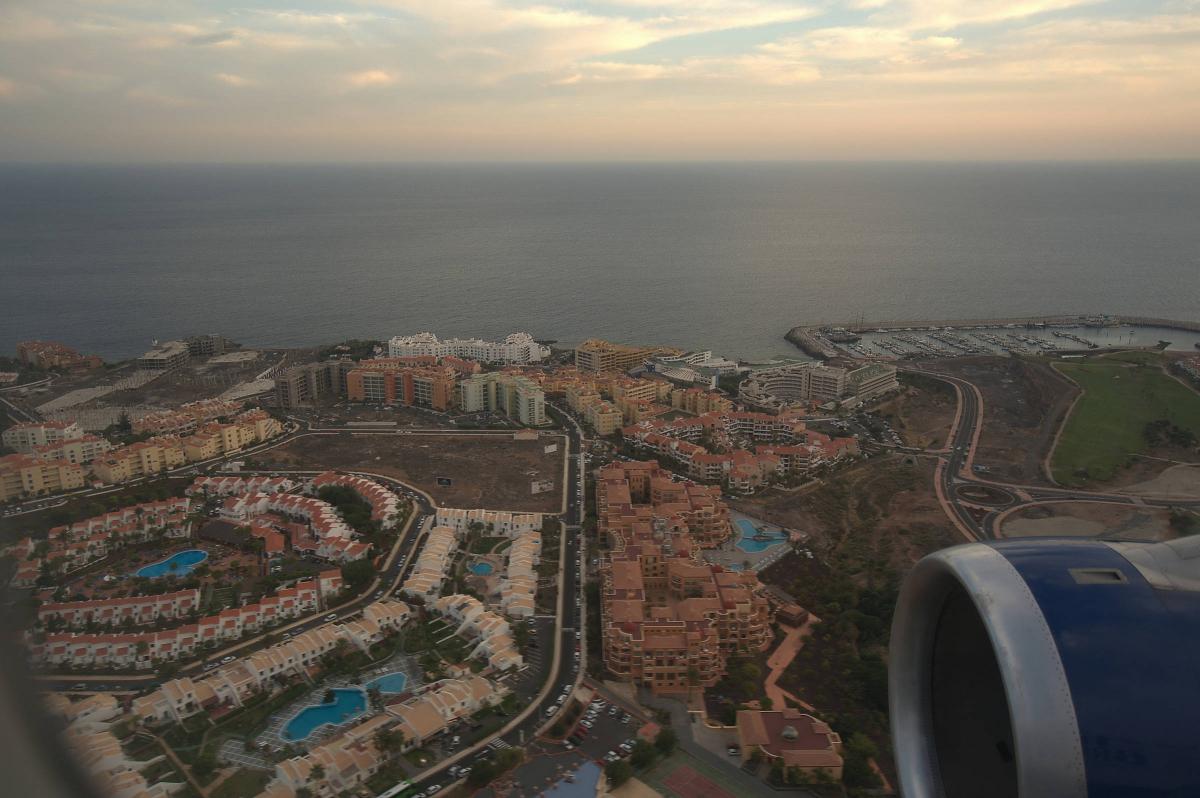