I have just attended a Very Interesting Conference, namely the World Internet Conference 2015 in China. You can find out more about the conference in the news (if you’re interested), but I have my own story to tell.

The event took place in the historic town of Wuzhen, which was closed and cordoned off in its entirety so it could receive high-ranking guests, including presidents, prime ministers and China’s Chairman Xi in person. I fell asleep on my way from Shanghai to Wuzhen, so I don’t know exactly how many security cordons we crossed. The roads in Wuzhen were empty, the clouds had been dispersed (or they may have dispersed of their own accord, I’m not sure). The weather was bright, bordering on frosty, and the heat-loving locals were wrapped up in coats and scarfs.

The first day of the conference was a killer.

The action started at 8.00 in the morning and finished at 11:30 at night. “I almost died” (c). However, I did meet some very interesting people :) and made an important business announcement.

On the second day, I managed to find some time to wander around this remarkable place as a tourist. It was very interesting. On the Web Wuzhen is dubbed ‘The Chinese Venice’. Yes, the principle is the same as Venice, with canals, bridges and boats, but all with a Chinese flavor and much smaller in scale. You can stroll around the whole of the old town in just 2 or 3 hours, and that’s taking plenty of time for pictures. 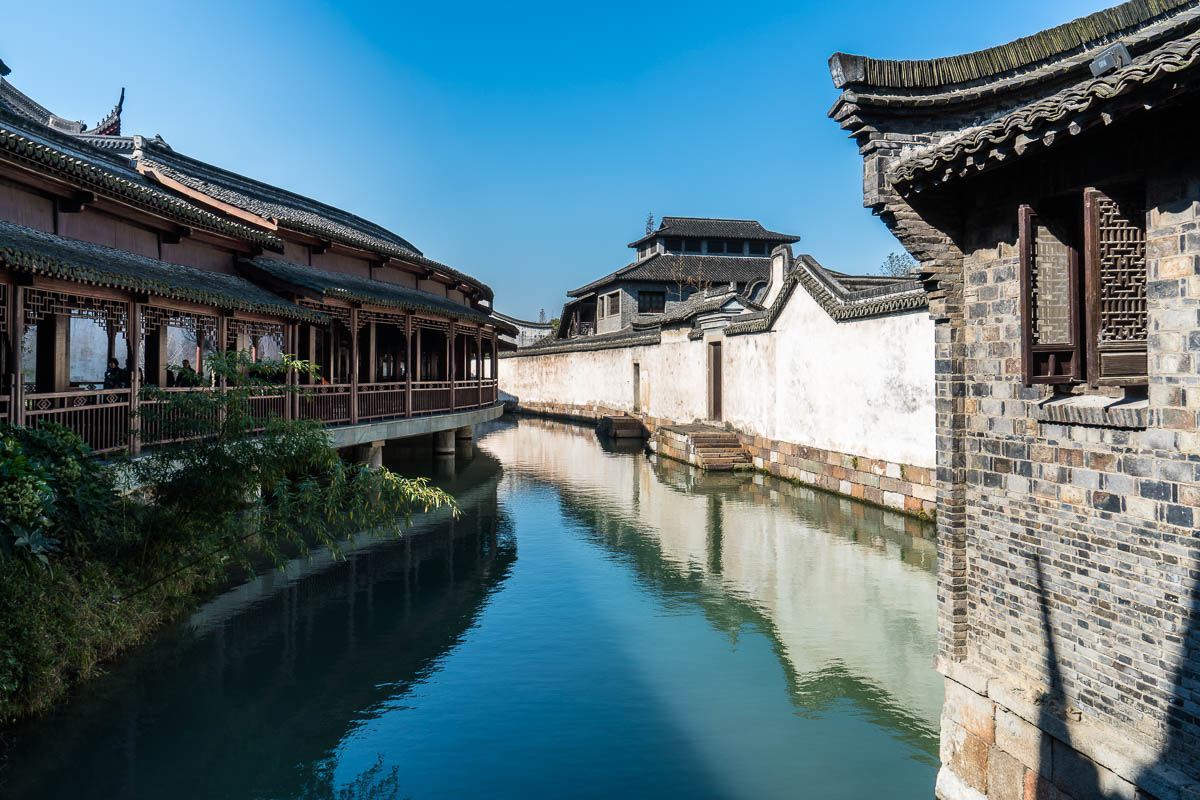 The place was especially enjoyable during the conference. There were absolutely no tourists. The streets were deserted, the restaurants were idle, and the shops were dead. Exclusively ours :)

There are no cars running on petrol around here. The only modes of transport are boats, electric cars and vans, and tuk-tuks that run along these picturesque paths.

On a nationwide scale, Wuzhen is, of course, just a small tourist town. Beautiful as they are, the Wuzhen canals cannot give you a full picture of what the Chinese water transport system is truly like. It is tremendous, and it has existed in China for thousands of years!

Here is an example to help you understand the scope of the waterway system. Even in the summer, fresh fish were delivered on ice from Shanghai to the Emperor’s Palace in Beijing, which is a 1000+ km journey! Throughout the journey they added fresh ice to the cargo from special iceboxes arranged along the entire route.

There are other Venice-type towns in China, such as Nantong, Xitang, Zhouzhuang, Tongli, and Qibao. However, Wuzhen seems to be the best known and most important of them all.

The rest of the photos from Wuzhen are available here.

On the return flight from Shanghai to Moscow, I found Mission Impossible 5 on the list of in-flight films. Great! Now at last, they’re showing it on planes. OK, let’s play it right now… Not because I want to watch it, but because I need to check if the our European office is listed among the filming locations. Bingo! It’s there.

By the way, a little bird told me there are plans to shoot another film at our EU office.