A few months ago I had a week or so in China visiting areas less-traveled by non-Chinese tourists. It was fantastic – all the more so as it felt ‘exclusive’ and properly ‘going native’. I tried my best to get as much of the experience into memory – my own, that is; but human memories and digital memories these days – you can’t really compare them, especially with one of them fading fast ). So if you can’t beat it – use it. Which is what I did: I used plenty of gigabytes of digital-photographic memory – but not in a super-duper and super-heavy digital SLR, but in my run-of-the-mill pocket Sony – my ‘travel soap dish’, as I call it. I then uploaded it all to my archive for future reference, to help jog my memory in years to come…

Like I say, the China trip was fantastic. But there was so much of the breathtakingly beautiful that it wouldn’t all fit into the viewfinder of my soap dish. I’d long suffered this lack of horsepower what with insisting on traveling light and forgoing the semi-pro mobile photographic studios, but never really minded. But that ‘suffering’ came to a swift end while in China. Specifically, in Jiuzhaigou…

…While there, I finally took pity on my fellow traveler, A.Sh., who’d be hauling around with him for the whole trip a very fancy and big and heavy Nikon camera bag. I took a turn to haul it about, giving his shoulder some much-needed respite. But then I got all curious. I started prodding it and twisting dials and lenses and even pressing the ‘shoot’ button. There was so much awesome scenery everywhere, it was hard not to. Then, back at the hotel that evening I looked at the results on the laptop. And that was when I had my eureka moment. I took one look at those semi-pro-looking pics, couldn’t believe I’d taken them, and decided there and then: that’s it; soap dish days are over. It’s time to upgrade/overhaul/paradigm-shift/tectonic-shift! No matter how much heavier and more cumbersome: it’s worth it! 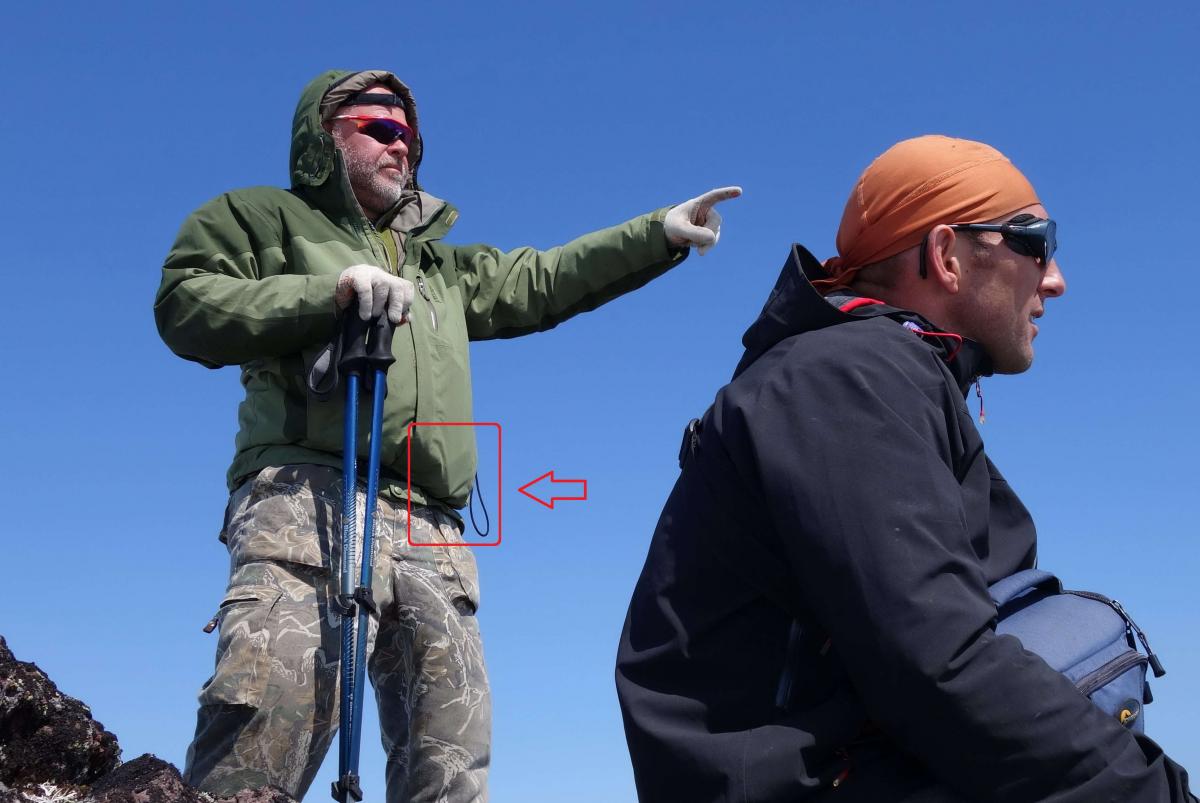 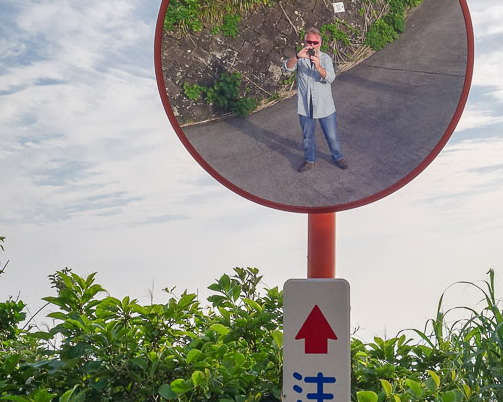 // Actually, to be honest, the first rumblings of this tectonic shift were heard distinctly in summer of this year while in Kamchatka. All that unparalleled natural beauty, yet all I had to show for it were grainy so-so pics that look like they were taken with a cellphone. Eek. 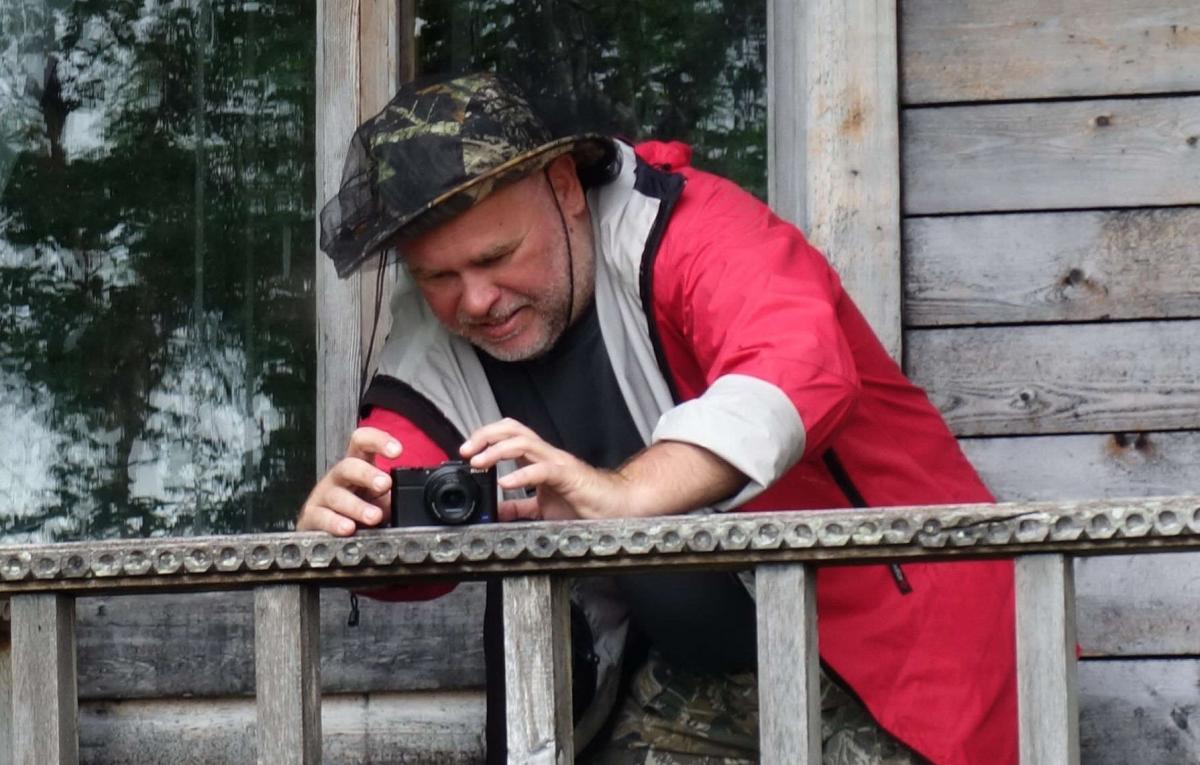 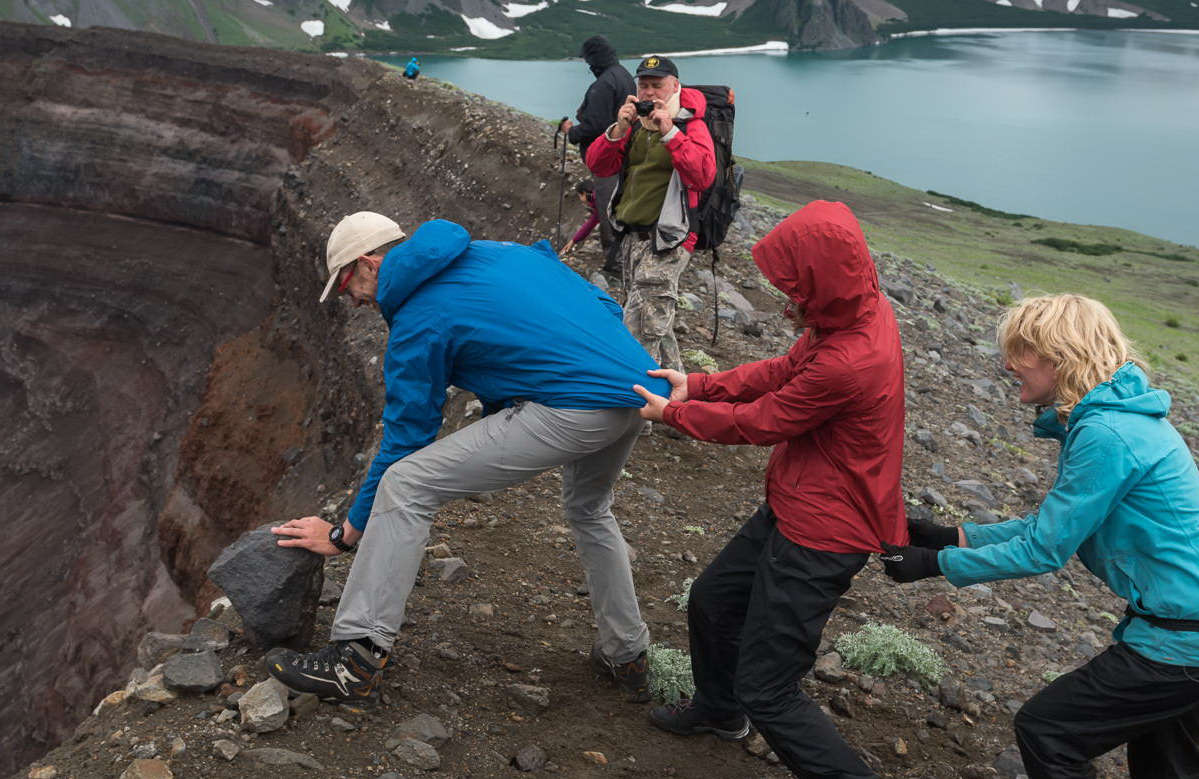 // Even at the South Pole I took photos on my soap-dish – of the actual pole itself! Here’s the reflection from the South Pole showing my soap dish taking the pic: 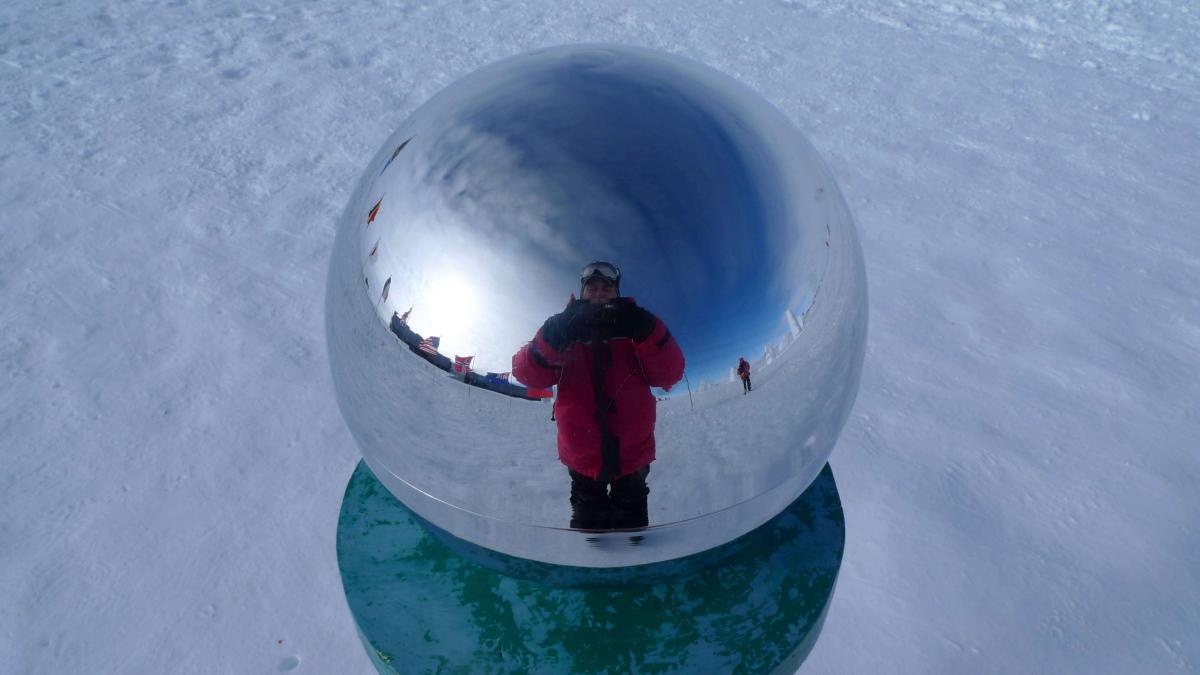 And here’s the soap dish reflected off A.G.’s goggles: 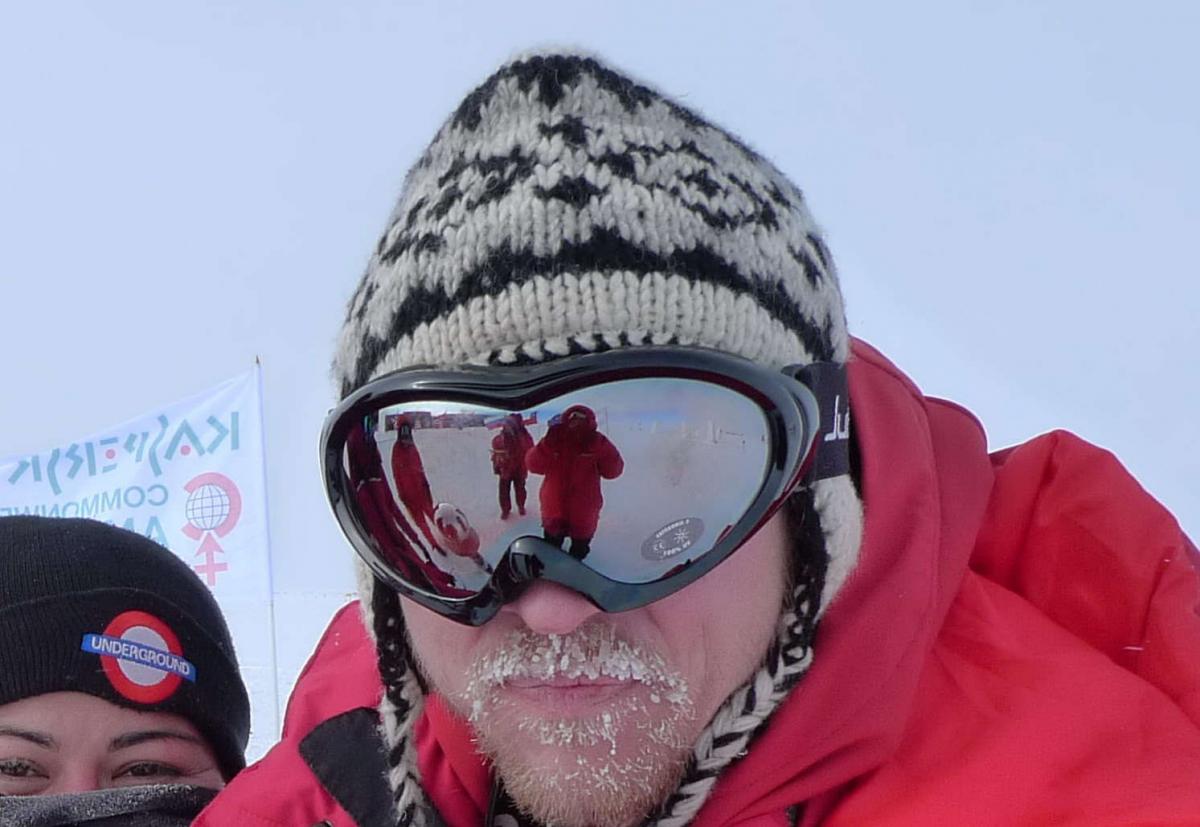 Soooo. It was time for a purchase of some serious photographic kit. But which kit in particular? There’s so much to choose from. Perhaps I needed to make things simpler by deciding on one of the two brands that I think have the hi-end end of the market fairly sewn up – at least judging by what my camera-buff pals own: Canon and Nikon. 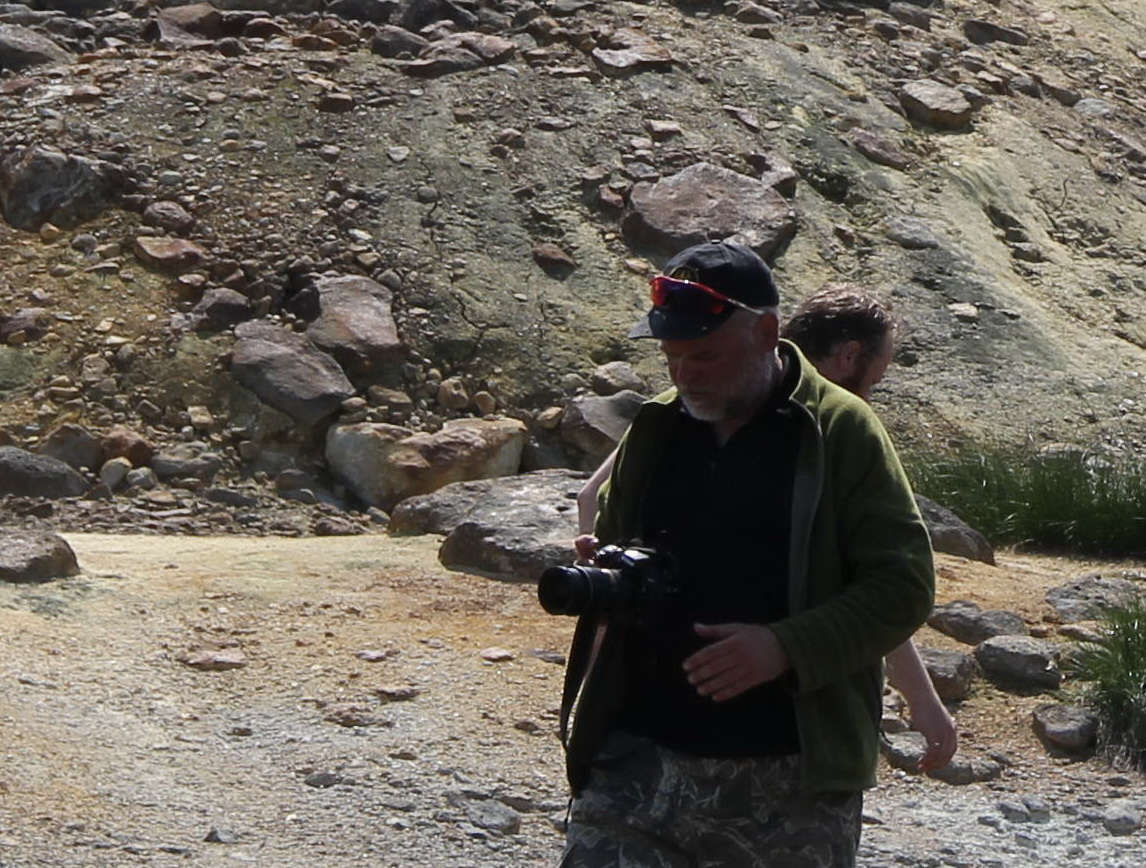 But those pals don’t just own Nikon or Canon kit – they truly ‘believe’ in it too. Forever bickering that their chosen brand is superior, it all gets a bit… primitive – a bit like which soccer club one happens to support (“my Dad supported Manchester United, so I do too. Therefore, they’re the best!”). Then there’s the problem where both ‘sides’ turn their nose up at debutantes. Aaarrrrrgh; you can’t win with these folks. Still, gotta start somewhere. But where?… I took advice, and had a look at some brochures, but in the end I decided to go for neither Nikon nor Canon. I went for life membership with a third ‘sect’. There! That’s where your silly prattling has got you! A newcomer shuns you both :).

So, Nikon is better than Canon?

So that’s it, the deed is done. I’m now fully kitted up with some ferociously fab top-notch photographic apparatus, with bells and whistles and lenses and tripods… Oh no! Will it mean that one day I might be snapped… like this?: 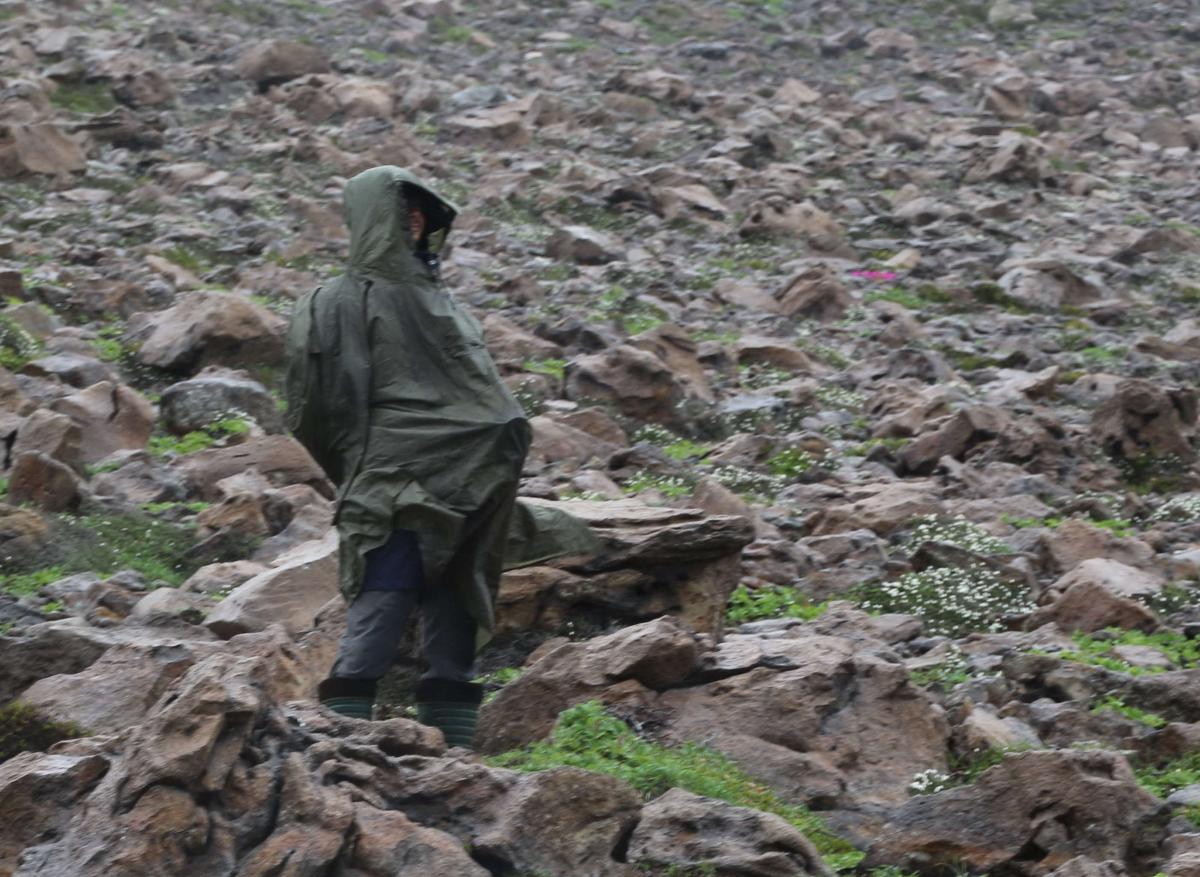