You know the score by now: I globetrot a lot on business. On my trips, if I’ve any stamina still left of an evening in the hotel – or afterwards on the flight back home/onwards – I share my (mostly) non-business-related impressions with you, dear readers of this blog. Sometimes stamina gets depleted – either from an intense business agenda, or from visiting too many places in too short a time.

Times like these, since I’m most always accompanied on my trips, I often pass the blogging reins over to a fellow traveler, who also has a pair of eyes – and invariably also has a much more fancy camera than me. For they like to write down their thoughts and impressions from the road too.

One such occasion recently arose after a midnight stroll around the Icelandic capital. And it wasn’t due to my being too tired this time: I had some work to do early the next day. Anyway, for whatever reason, here’s what DZ has to say about Reykjavik at night in summer…

Reykjavik sits 64 degrees north of the equator; that’s the same as central Alaska or Arkhangelsk in Northern Russia. So yes, it gets cold. The place also has all the peculiar atmospheric phenomena associated with this high northern latitude. And in summer – the most interesting of these atmospheric phenomena, IMHO, are the ‘White Nights‘ – where the sun doesn’t really go down at all at night as it never sets over the horizon at it’s so far north.

Here in Reykjavik the ‘nights’ are of course shorter – and whiter – than in St. Petersburg, which is five degrees latitude lower down the planet. So it just wouldn’t have been right to not have had a walkabout the city, camera in hand, on our first night here. So we did the right thing…

…Totally right: a leisurely ‘night’ stroll around Reykjavik in July is… unparalleled (apart from with other 64th parallel towns maybe:). It’s probably amazing in December too, but I’ll have to save that for a later date… 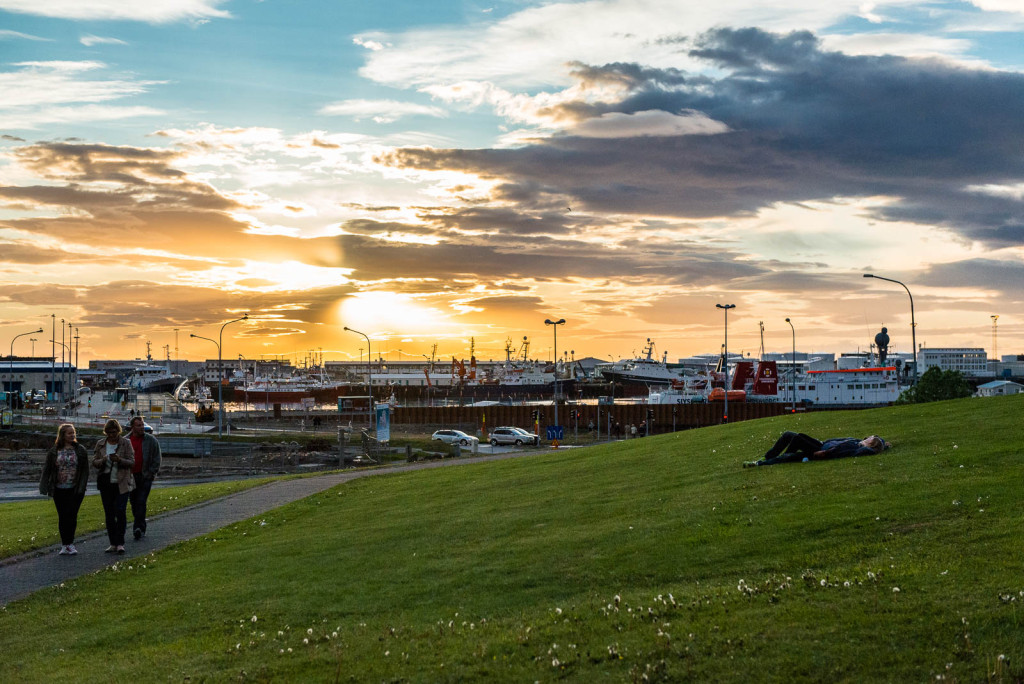 Reykjavik has a population of around 120,000 (200,000 including its surrounding region). The city is the heart of Iceland’s cultural, economic and governmental activity 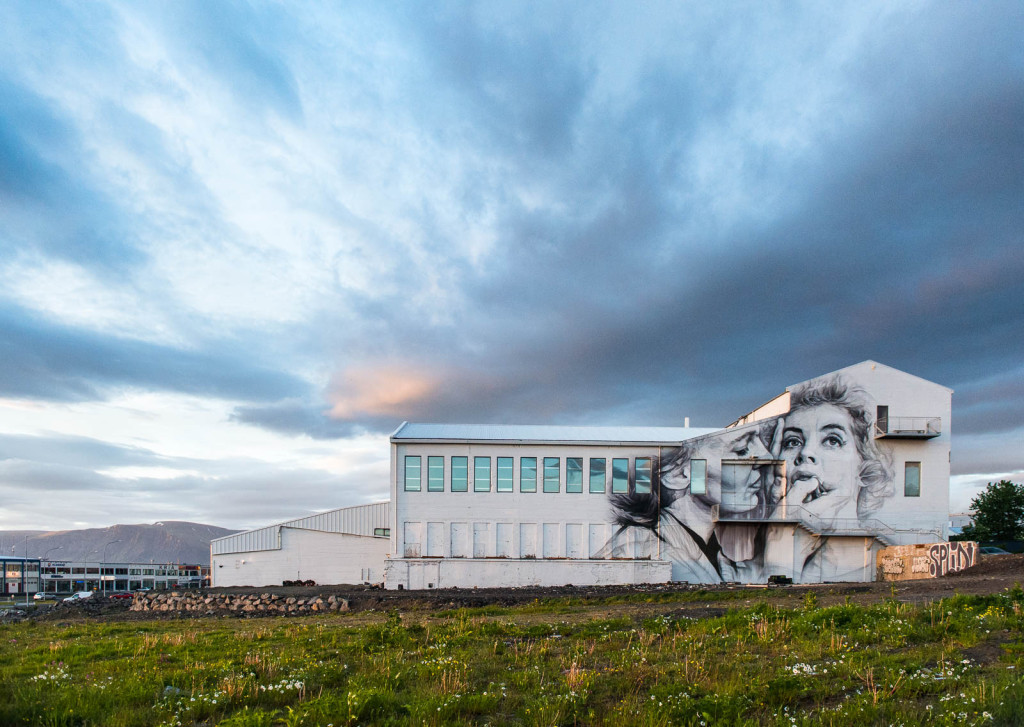 Perhaps naively, I would have thought that the sun at least goes down below the horizon for a short while. Turns out no! So, that’s, like, no nighttime!

But what bowled me over more than that were the colors… of the sky itself, the clouds in it, and even the city itself against that backdrop. The lightshow goes gradually from gaudy yellows to bright creams and through oranges, pinks and reds and maroons, all mixing with the shades of blue of the sky. Incredible!

Check out the midnight rainbow too: 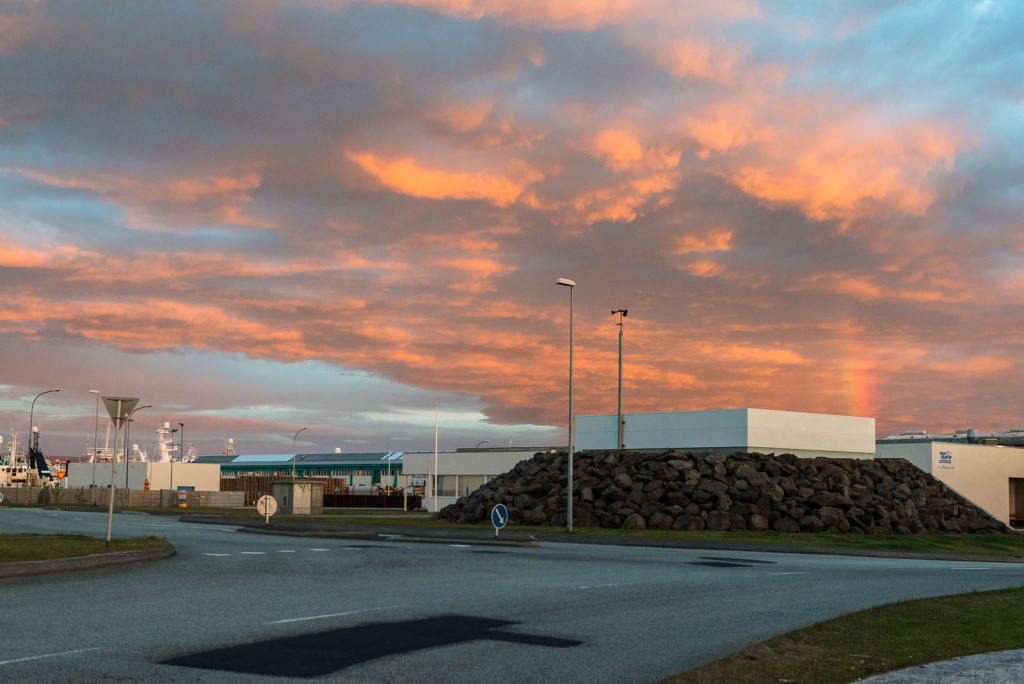 The streets are empty, but the pulse of the city is still palpable: engine noises occasionally disturb the quiet, and other skygazing tourists occasionally pass you by chatting and clacking away. The whole experience is most peculiar – and peculiar to 64 degrees latitude, I’m sure: there’s a… harmonious dissonance between what your eyes see on the faces of clocks and watches, and what they see up in the sky. Bizarre. Awesome!

Perhaps the quietest place in Reykjavik at this time is the city’s port: Not a soul, not a sound… Spooky. Reminiscent of The Omega Man or I Am Legend.

Often I found that at first sight certain strange things were missed. But upon closer inspection… 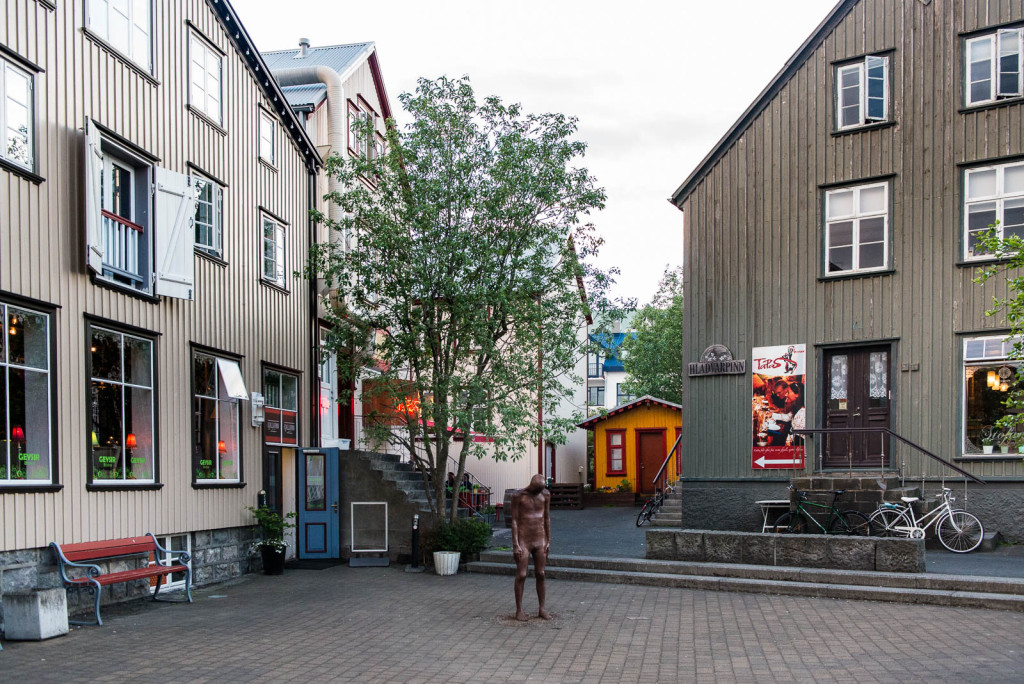 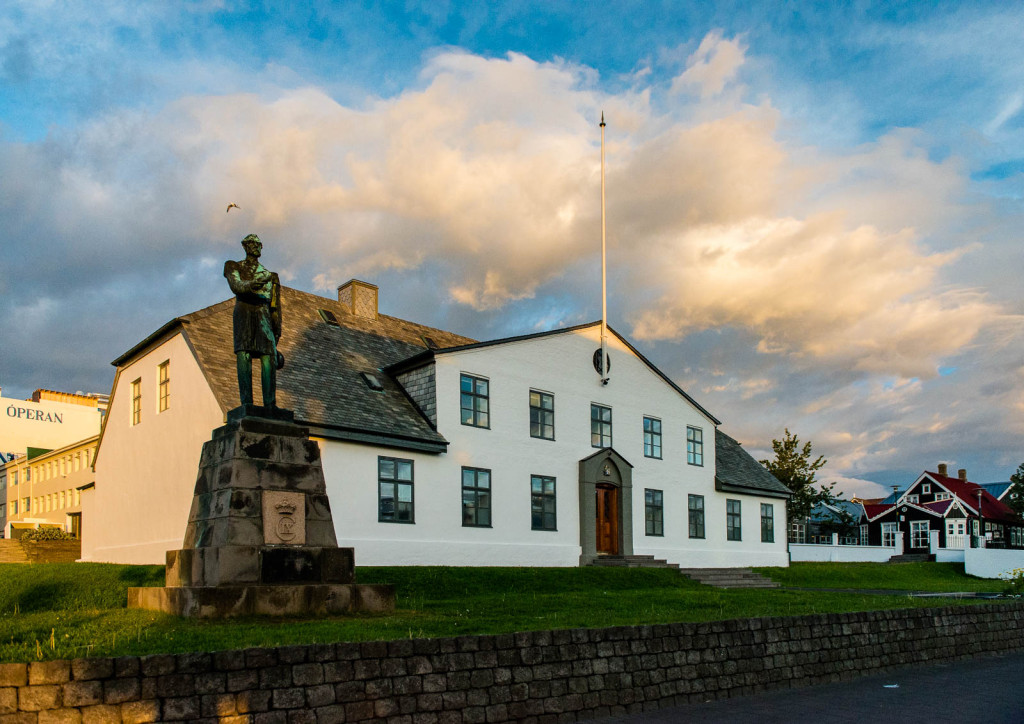 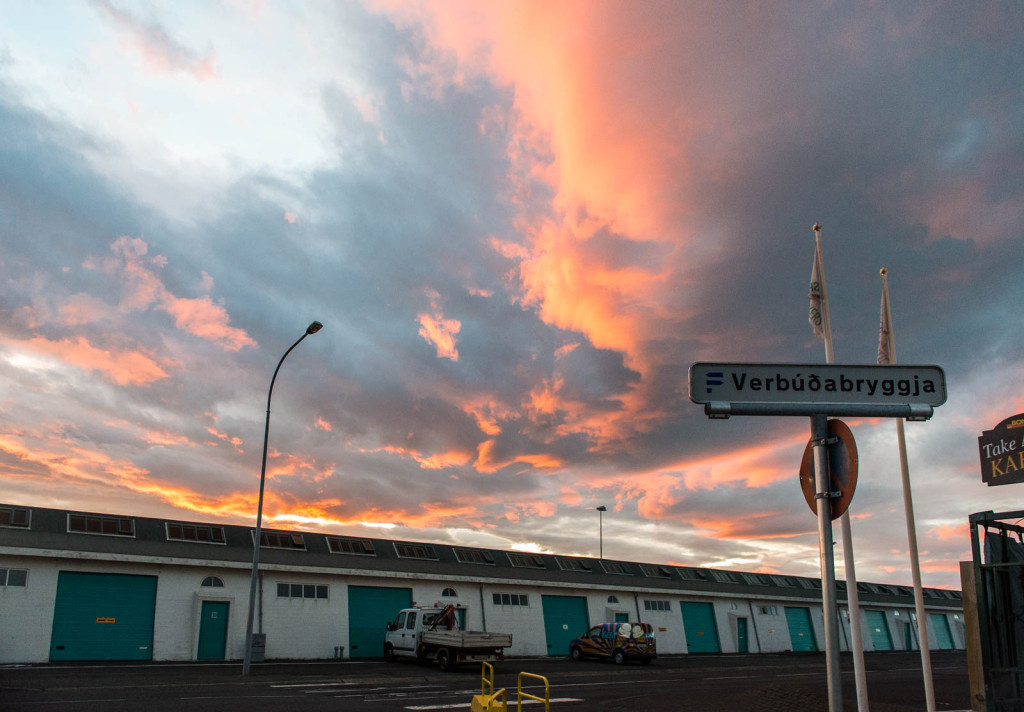 The Icelandic language is native to roughly 300,000 people around the world

Some friendly locals told us how Reykjavik is pronounced with the accent on the first syllable. In fact, most all words in Icelandic are accented so. The Icelandic language itself is a most interesting phenomenon; I recommend reading up on it a little for self-improvement purposes.

Like any rare language (Icelandic is considered native to around 300,000), Icelandic is fanatically protected. You thought the French were overly proud and sensitive of their language? Turns out that here foreign words must pass a suitability test by a special commission. Adoption overall is limited, new terms are formed by compounding and suffixing, others terms are… creatively recycled. For example, amber in Icelandic is raf; electricity is rafmagn = amber power, and a battery is a rafgeymir = amber saver.

Incidentally, in the year 2000 Kaspersky Anti-Virus became the first antivirus to be translated into Icelandic. And that’s despite the fact that Iceland has its own national antivirus company.

About 70% of the population of the island live in Reykjavik and its surrounding area. Visiting the region is a must (you’ll no doubt fly into the capital), but it’s still totally insufficient for getting acquainted with the whole national culture and, especially, the amazing natural attractions of the country. En route from the airport the taxi driver congratulated us on arriving back in the city: “You’re in a trap! Who visits Iceland once is fated to come back again and again and again!” And you know what? He’s absolutely right!

Experience the midnight sun in Reykjavik by @e_kasperskyTweet

And that closes this mini-series from Iceland describing the four-day vacation I had there in July. Hope you liked it; and hope you’ll be getting to the country yourselves sometime soon. You won’t regret it!

All the photos from my Iceland trip are available here.