Around the turn of the century we released the LEAST successful version of our antivirus products – EVER! I don’t mind admitting it: it was a mega-fail – overall. Curiously, the version also happened to be mega-powerful too when it came to protection against malware, and had settings galore and all sorts of other bells and whistles. The one thing that let it down though was that it was large and slow and cumbersome, particularly when compared with our previous versions.

I could play the subjunctiveness game here and start asking obvious questions like ‘who was to blame?’, ‘what should have been done differently?’, etc., but I’m not going to do that (I’ll just mention in passing that we made some very serious HR decisions back then). I could play ‘what if’: who knows how different we as a company would be now if it wasn’t for that foul-up? Best though I think is to simply state how we realized we’d made a mistake, went back to the drawing board, and made sure our next version was way ahead of the competiton on EVERYTHING. Indeed, it was the engine that pushed us into domination in global antivirus retail sales, where our share continues to grow.

That’s right, our post-fail new products were ahead of everybody else’s by miles, including on performance, aka efficiency, aka how much system resources get used up during a scan. But still that… stench of sluggishness pursued us for years. Well, frankly, the smelliness is still giving us some trouble today. Memories are long, and they often don’t listen to new facts :). Also, back then our competitors put a lot of effort into trolling us – and still try to do so. Perhaps that’s because there’s nothing else – real nor current – to troll us for :).

Now though, here… time for some well-overdue spring cleaning. It’s time to clear up all the nonsense that’s accumulated over the years re our products’s efficiency once and for all…

Righty. Here are the results of recent antivirus product performance tests. Nothing but facts from a few respected testing labs – and it’s great food for thought. Have a look at the other vendors’ results, compare, and draw your own conclusions:

I’ve said many times that if you want to get the truly objective picture, you need to look at the broadest possible range of tests from the longest possible historical perspective. There are notorious cases of certain vendors submitting ‘cranked up’ versions optimized for specific tests to test labs instead of the regular ‘working’ versions you get in the shops

The guys from the Magdeburg lab have done one heck of a job in analyzing the results achieved by 23 antivirus products during the past year (01/2014 – 01/2015) to determine how much each product slowed the computer down. 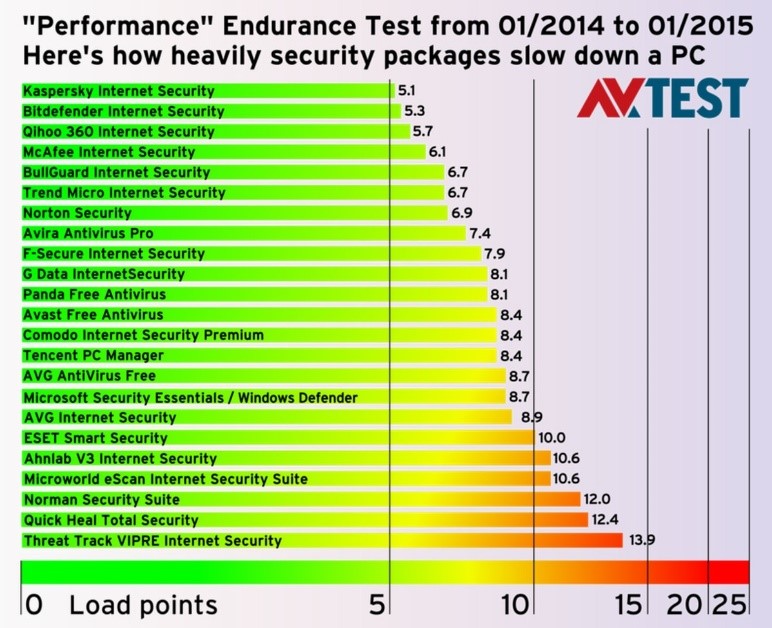 These guys’ latest two performance tests (October 2014 and May 2014) tested 22 antivirus products. We shared first place in one and second place in the other with three other products. 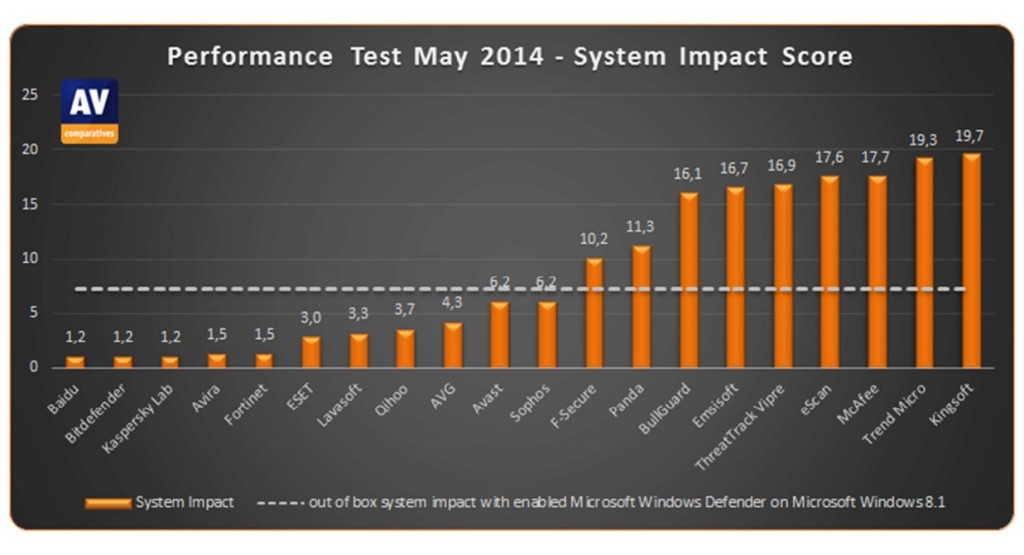 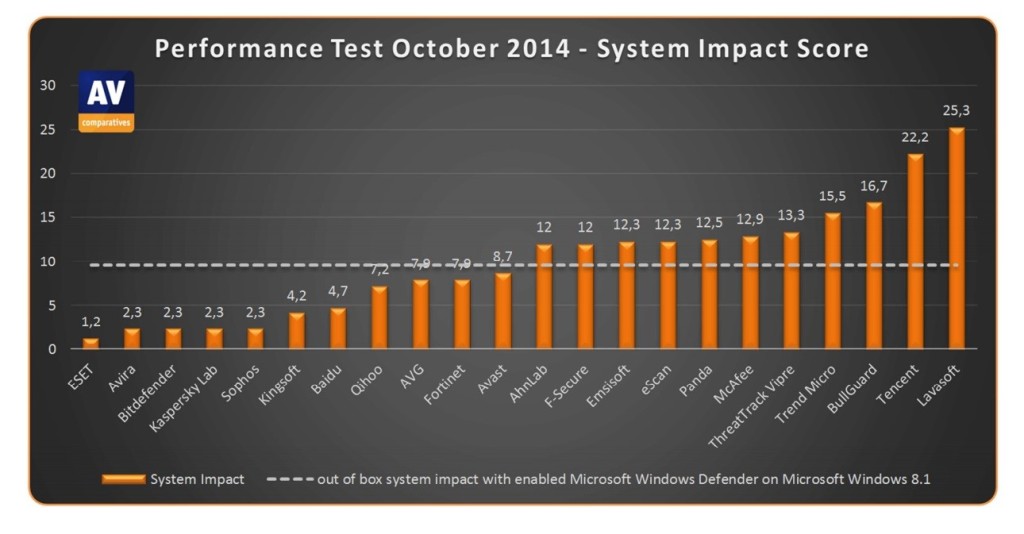 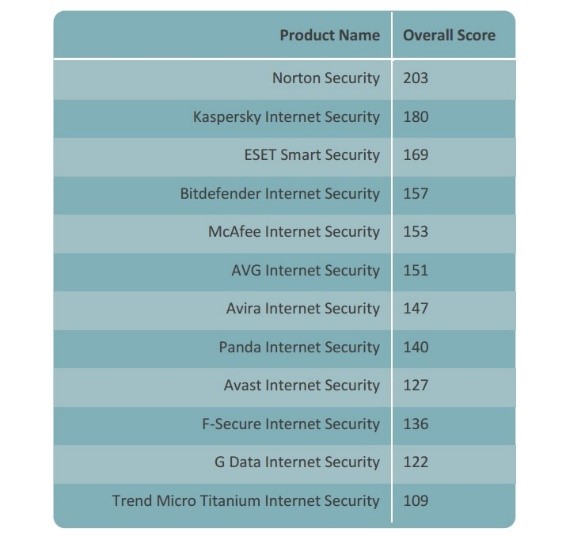 December Test. Fastest binary file scanning, some of the highest results in other categories.

Now, when it comes to test labs, it turns out there are about as many different approaches as there are test labs themselves. Each lab uses its own methodology and quite right too! So they should! Of course, each has its own advantages and shortcomings. So it’s a good idea to take a more practical approach to the variety of methodologies and tests by considering the sum total of opinions and creating an overall picture that’s as impartial as possible.

A top position in a single test is not an indication of an antivirus product’s real performance. As well as the product’s position, look at the consistency of results and the broadness of the test coverage.

And one more important thing. Have a close look at the test results – some unknown antivirus products demonstrate fantastic speeds. Fine, but how good are they in the protection quality department? Thaaat’s more like it… It’s really easy to develop the fastest-performing antivirus product in the world – just make sure it doesn’t detect or remove any infection whatsoever! Do you want a fast solution or one that works? That’s it! The important thing is the balance between ‘fast’ and ‘one that works’.

Sadly, there’s a stereotype that’s really widespread: if something’s slowing your computer down, it HAS to be the antivirus protection. But there are in fact hundreds of reasons why a computer may be slow. Reasons that have nothing to do with antivirus protection. Such as bad Windows settings, old or faulty hardware, incompatible software, lack of free space, fragmented hard drive, lots of unneeded plugins, plain crapware overrunning the computer, registry fouled up, unpatched apps… the list is practically endless!

Antivirus developers know very well that no matter how great AV software is generally, it will still always suck if it’s slow and cumbersome. So they keep working on improving performance – but not at the expense of protection quality.

Is your antivirus solution slow? An analysis of the latest performance testsTweet