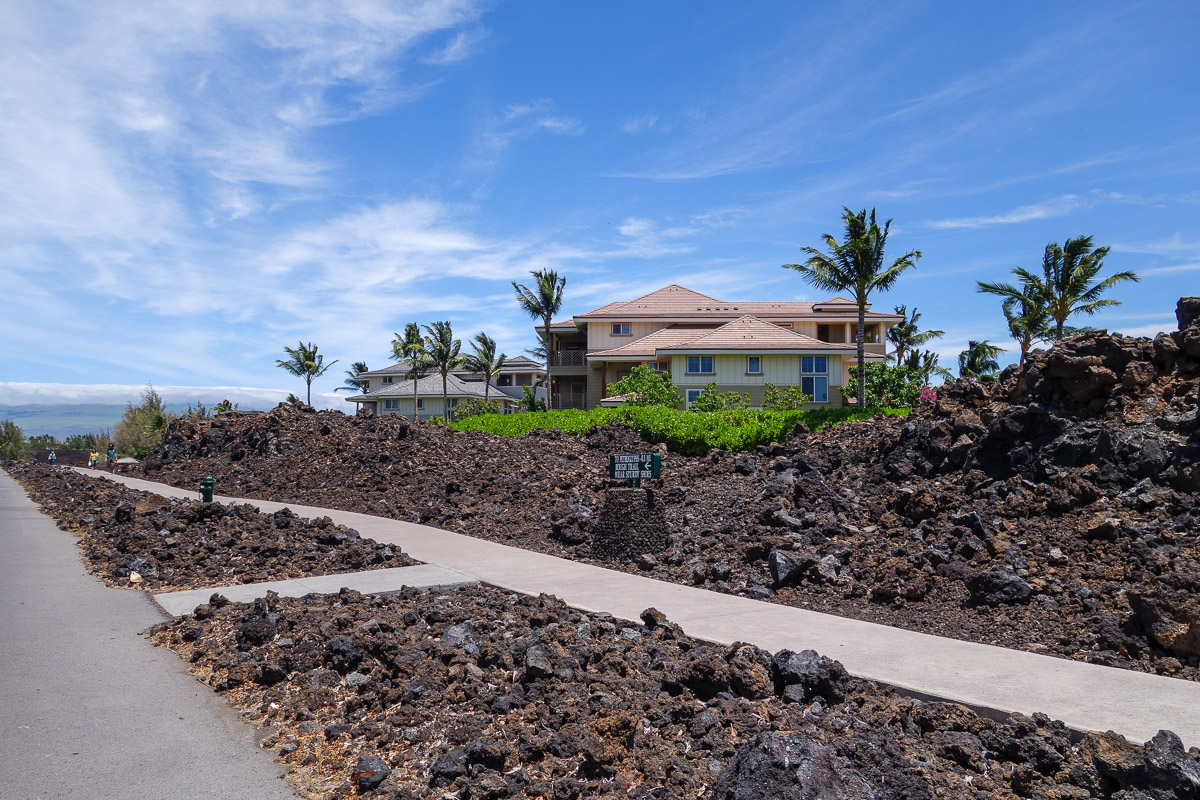 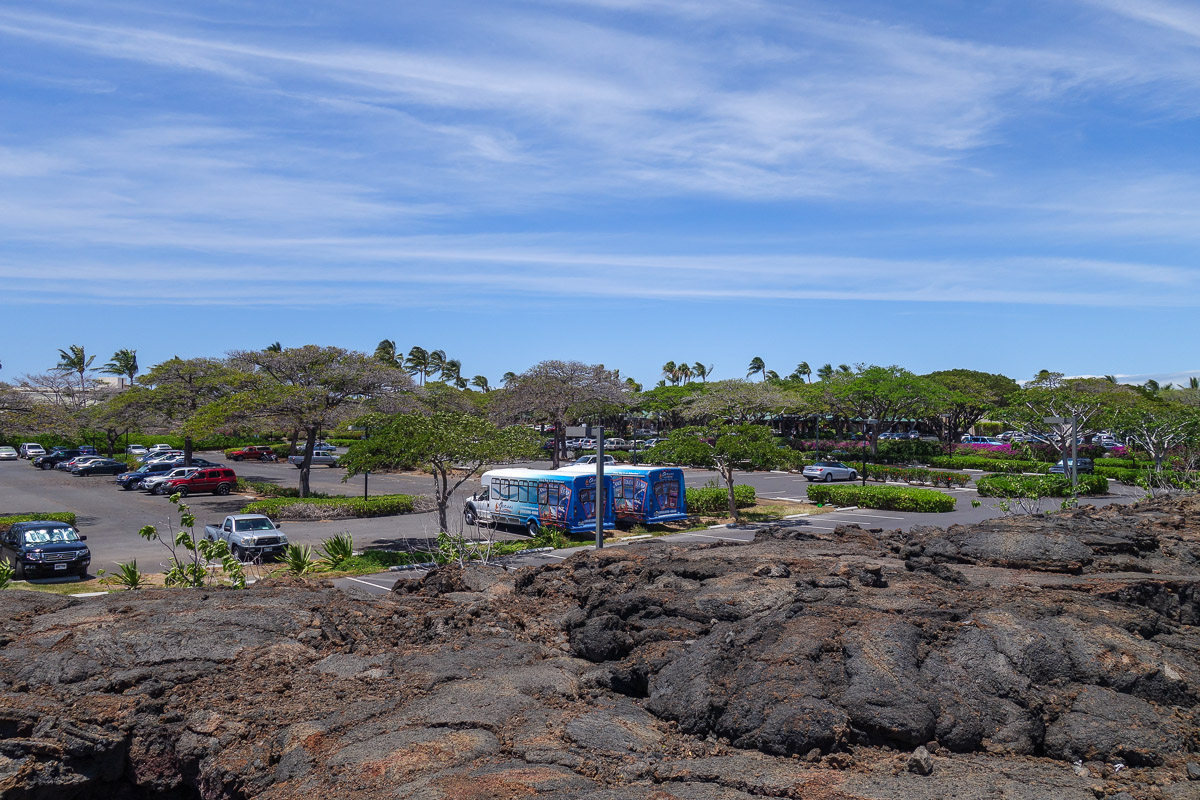 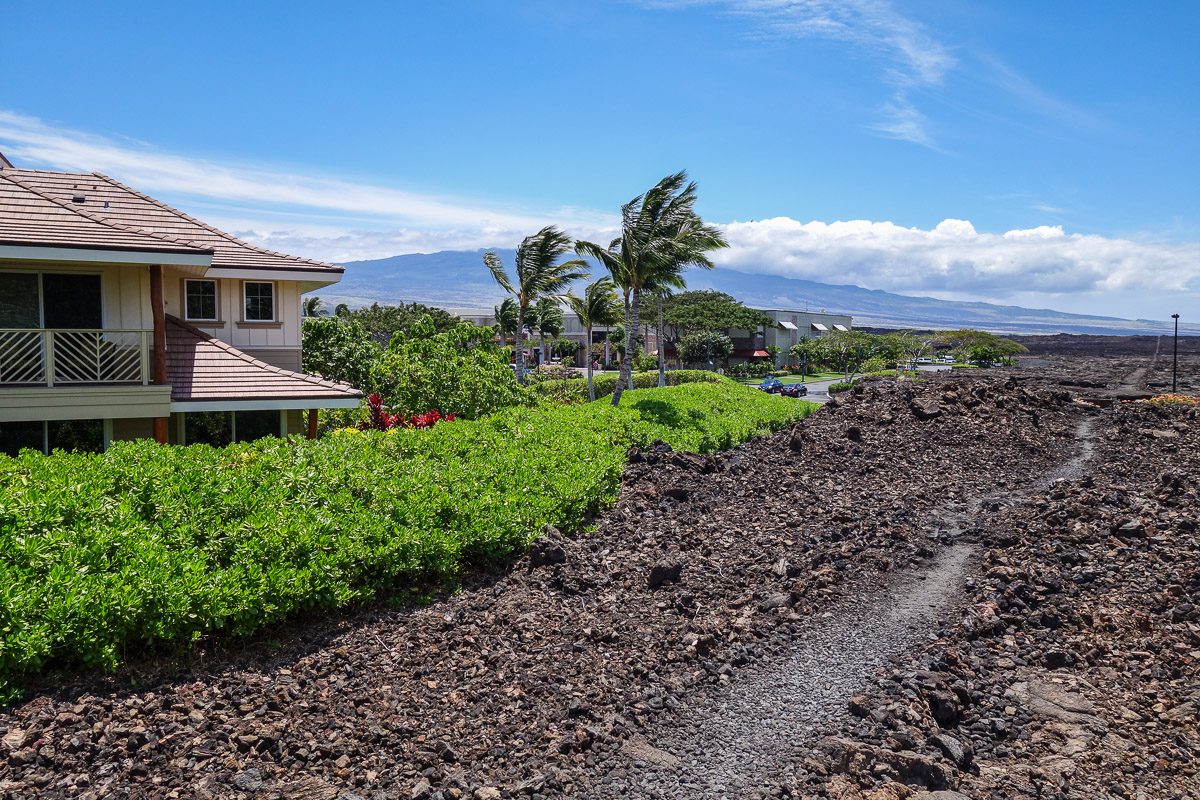 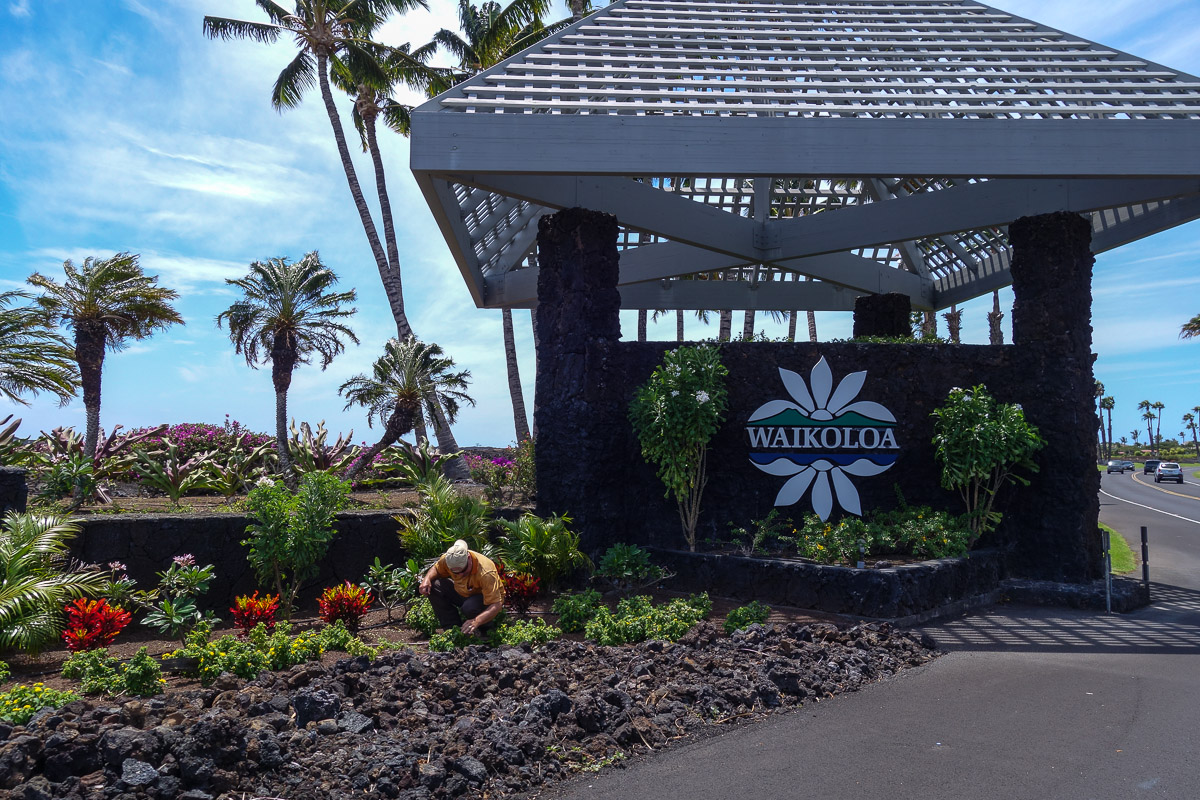 All around is lifeless desolation, scorching rocks, and despair. Inside, there is vegetation, small palm trees, houses and, basically, a piece of paradise, integrated rather stylishly into the volcanic inferno which spreads for miles around.

This is Hilton Waikoloa Village hotel. It has its own railway line (just a small one, barely 200 m long, but it’s pretty damn cool), boats and a small waterfall. We drove by accidentally, next time I’d like to spend some time here… 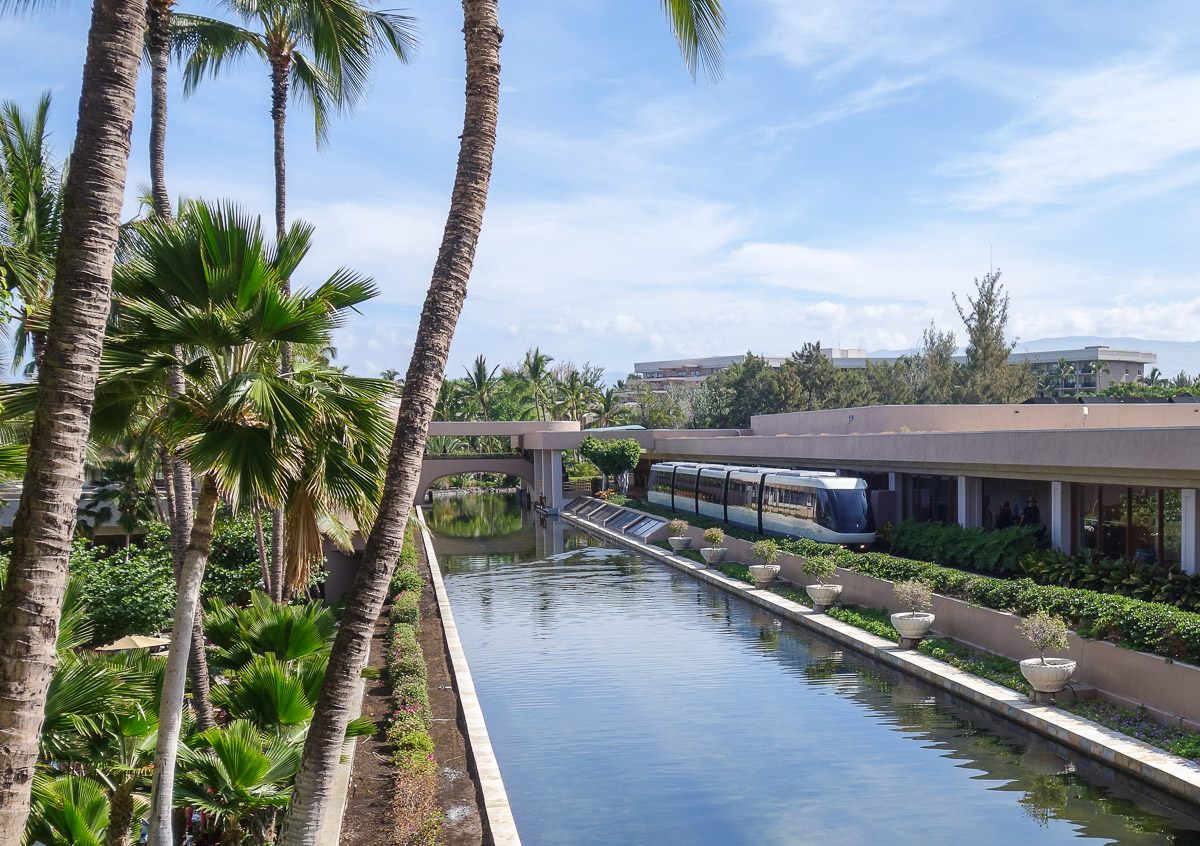 This is a 19th century highway which connected two local villages. It was constructed… well, you can read for yourselves: 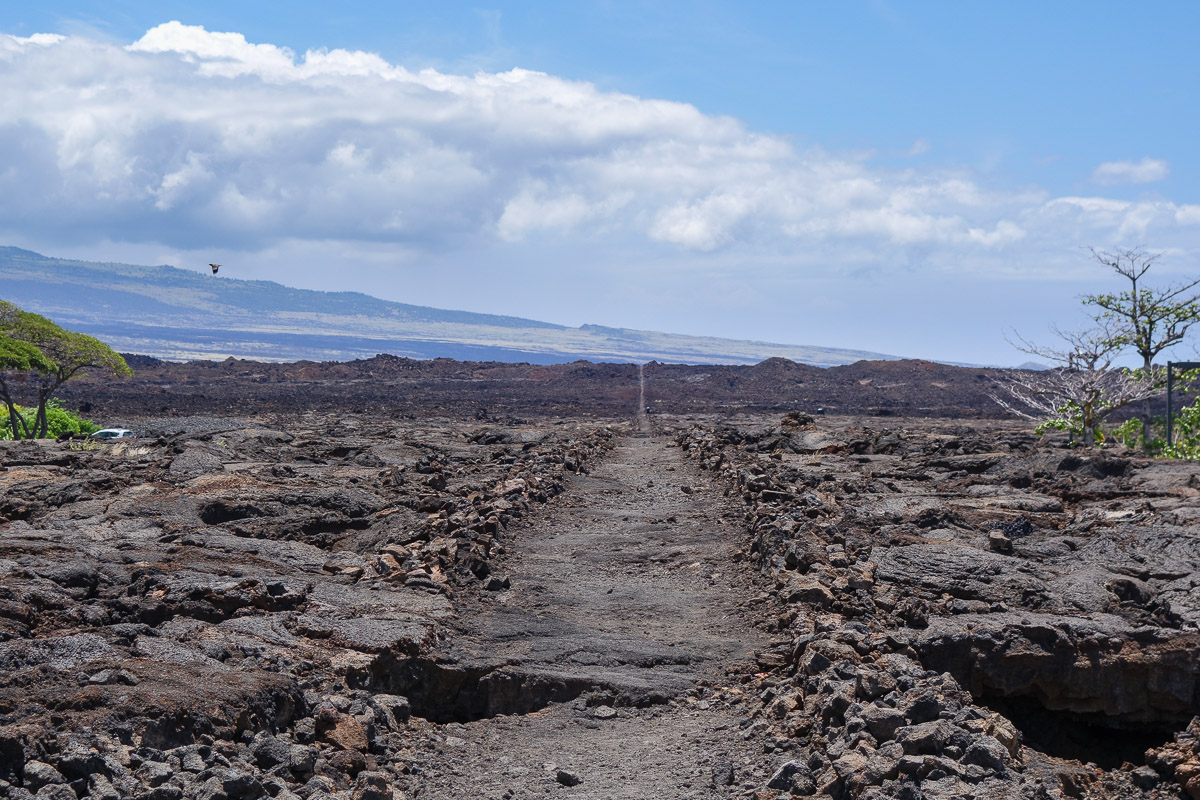 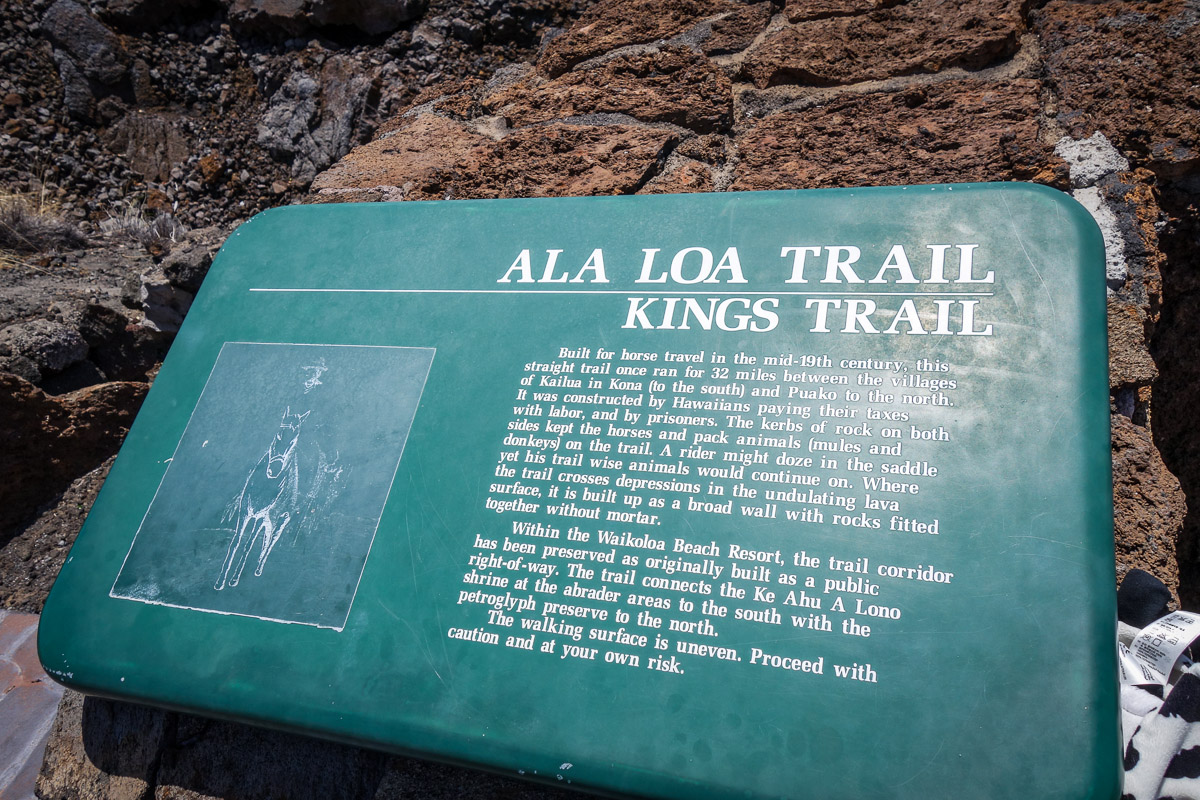 The local guides say that in bygone days such trails criss-crossed the entire island and connected all the Polynesian villages. That’s pretty cool – no question about that – but doesn’t come as a major surprise.

However, the question of how those Polynesian people got here 1,500 years ago is truly staggering.

On primitive boats propelled by oars and sails, navigating by the sun and the stars, they traveled thousands of kilometers from dry land to dry land. How did they manage it? I just can’t get my head around it… It is even less conceivable to think of how they could possibly find NEW land in unknown regions of the ocean, thousands of kilometers away from the islands and mainland they knew.

The local guides say that native Hawaiians still travel like this. The secret knowledge of traveling long distances from island to island are still preserved in families, handed down from fathers to children. So they still practice it – navigating by stars, under sail and by oars. In a two-week journey they travel across the open sea to “neighboring” Tahiti … which is 5,000 km away. That’s absolutely mind-boggling. It’s even more incredible that they discovered Hawaii for the first time, despite having no idea where it was. Archeologists say, nevertheless, that Polynesians first appeared in the Hawaiian Islands around 300 – 400 CE.

That means those sailors roamed across the entire Pacific, thousands of kilometers at a stretch and stumbled upon Tahiti, Hawaii, Easter Island… There is evidence they made it to South America a thousand years before Columbus! Even before Erik the Red’s voyages! And all on primitive boats. That’s way cooler than the European maritime explorers and their great discoveries. Absolutely incredible.

Still, the Europeans kept their end up as well. They used to sail in leaky wooden tubs with no GPS navigation, also stumbling upon unknown islands amidst the vast ocean, one after another. That was how the famous Captain James Cook arrived here on Hawaii. He was killed also here, on the Big Island, on 14 February 1779, according to his epitaph.

The explorer met his end in a fight with the Polynesians – and all for a few nails.

The local inhabitants stole a boat, apparently wanting to take the nails out of it since they had boats aplenty but no nails of their own. Cook’s men retaliated and captured the local chieftain. Unsurprisingly, offended by this, the locals chased the British down and there was a massacre on the beach. Cook’s ship was moored nearby, but the great navigator – like most of his crew – could not swim and never reached safety. Allegedly, there was a policy in the British navy to recruit people who could not swim, so they could not escape the ships easily… That’s interesting. Could that be true?

So, what started out as a bit of petty theft ended up with the death of the famous navigator James Cook. Ah well, these things happen …

There is a “memorial stone” on the assumed site of Cook’s death. It is believed he was killed somewhere close nearby, on those rocks, near this shoreline. A little way off, there is a white monument in a clearing. 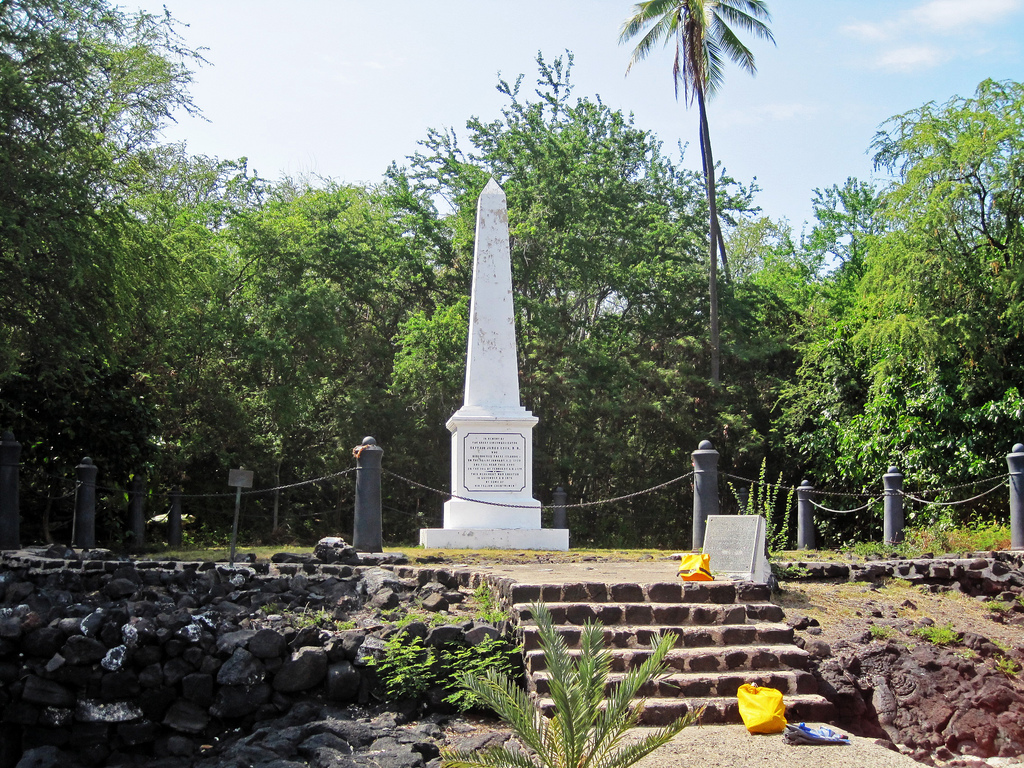 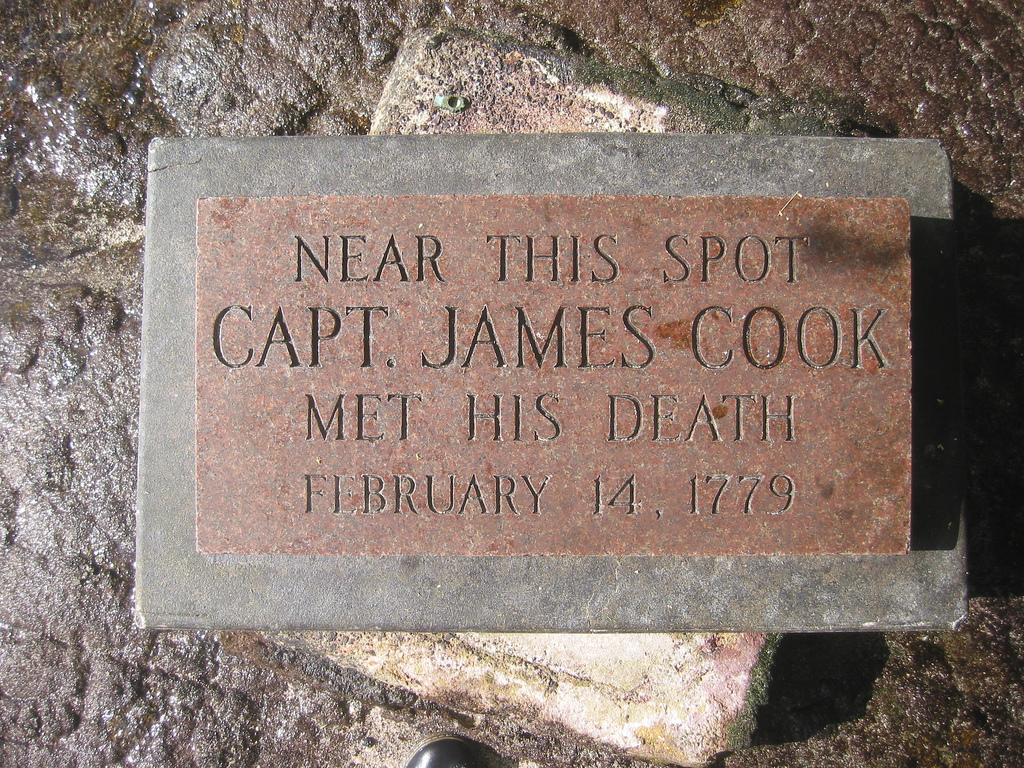 Legend has it that the local king gave that clearing in the forest to Great Britain by way of compensation for Cook’s death. In theory, this spot can still be considered British territory. Indeed it is allegedly covered by real soil brought from England. A.Sh. commented: “So this is British soil. Pubs would normally grow on it.” Unfortunately, not a single pub was detected in the vicinity :)

Local guides joke about the inscription on the monument. 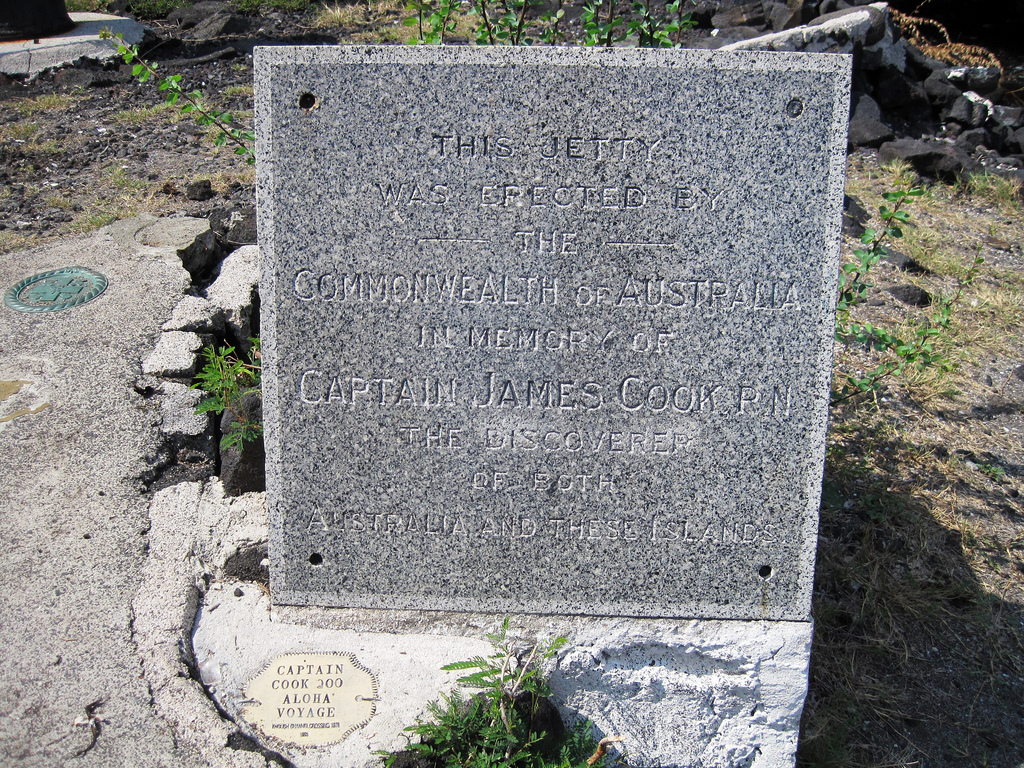 “Well, you could call this ‘discovered’,” they grin. First, the island was discovered by Polynesians, 1500 years before Cook, then the Spaniards paid a visit (and apparently had a good time here, judging by the DNA of the indigenous Hawaiians), and only then Cook arrived and “discovered” these islands for his compatriots.

By the way, there are very good kayaking tours to Cook’s monument. Alternatively, you can take a motor boat: this is a very nice place to take a plunge with a mask or a scuba kit. There are coral reefs, fish and crabs, dolphins, moray eels, mantas and other marine inhabitants. Make sure your camera is waterproof though!

That’s absolutely everything about Hawaii’s Big Island. Now you know the answers to all Five Hawaii Questions. Bye everyone!