“Those born to crawl cannot fly, but sometimes the bastards crawl up to a great height,” to very loosely paraphrase a revolutionary phrase.

Open your eyes and let your jaw drop, because there is a fish on this earth of ours that sometimes flies to an altitude of 100 m or more. The O’opu lives in Hawaii’s Kolekole Stream and in the 130-meter Akaka falls. 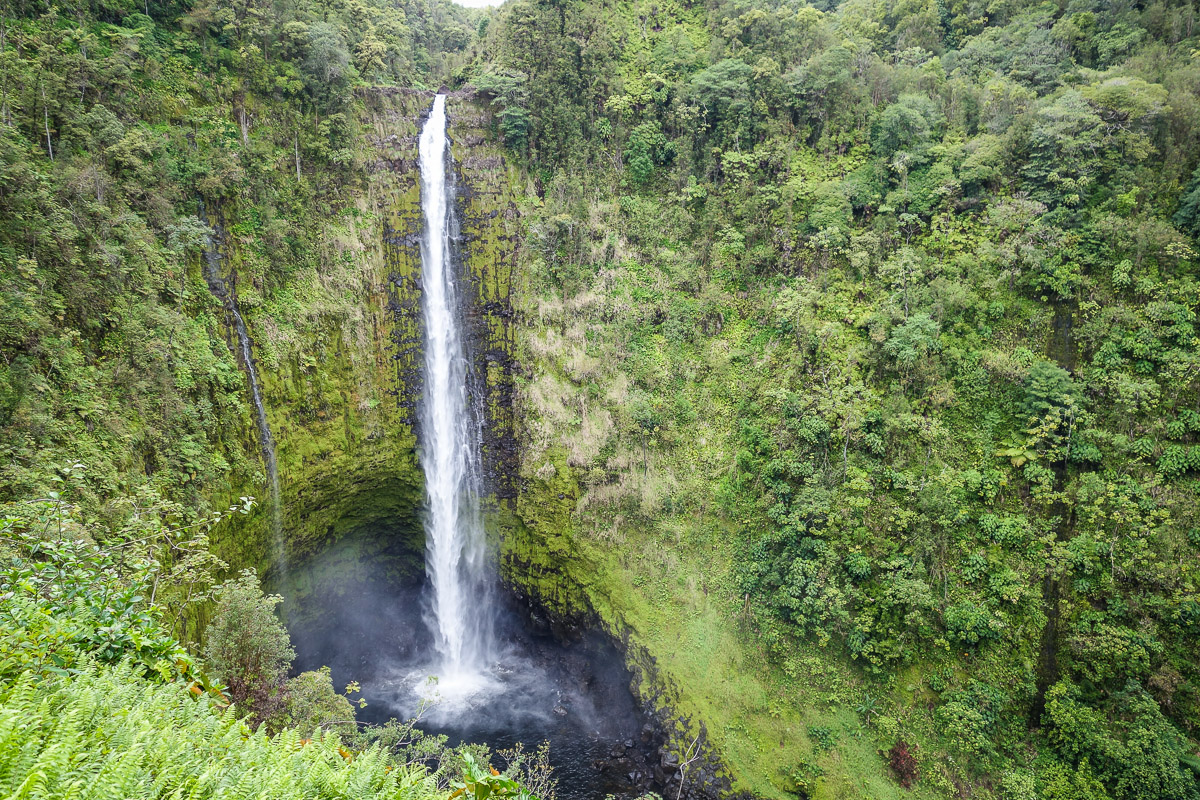 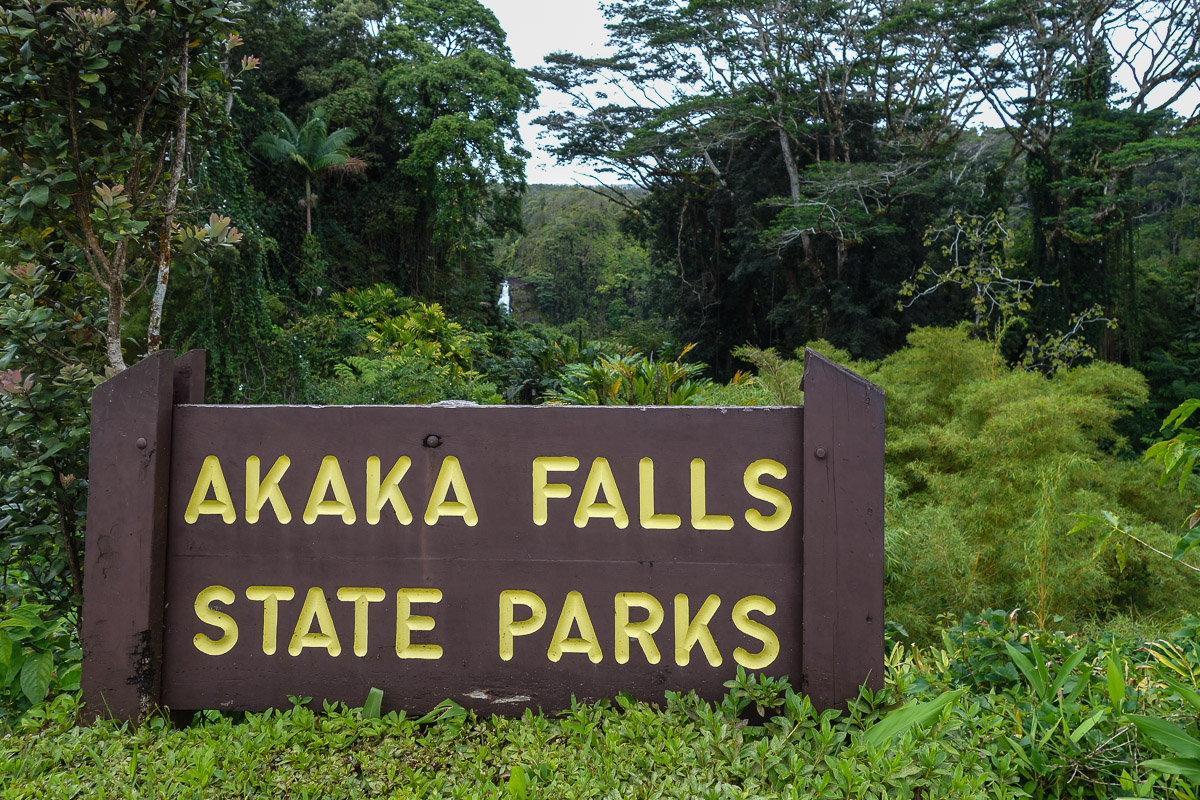 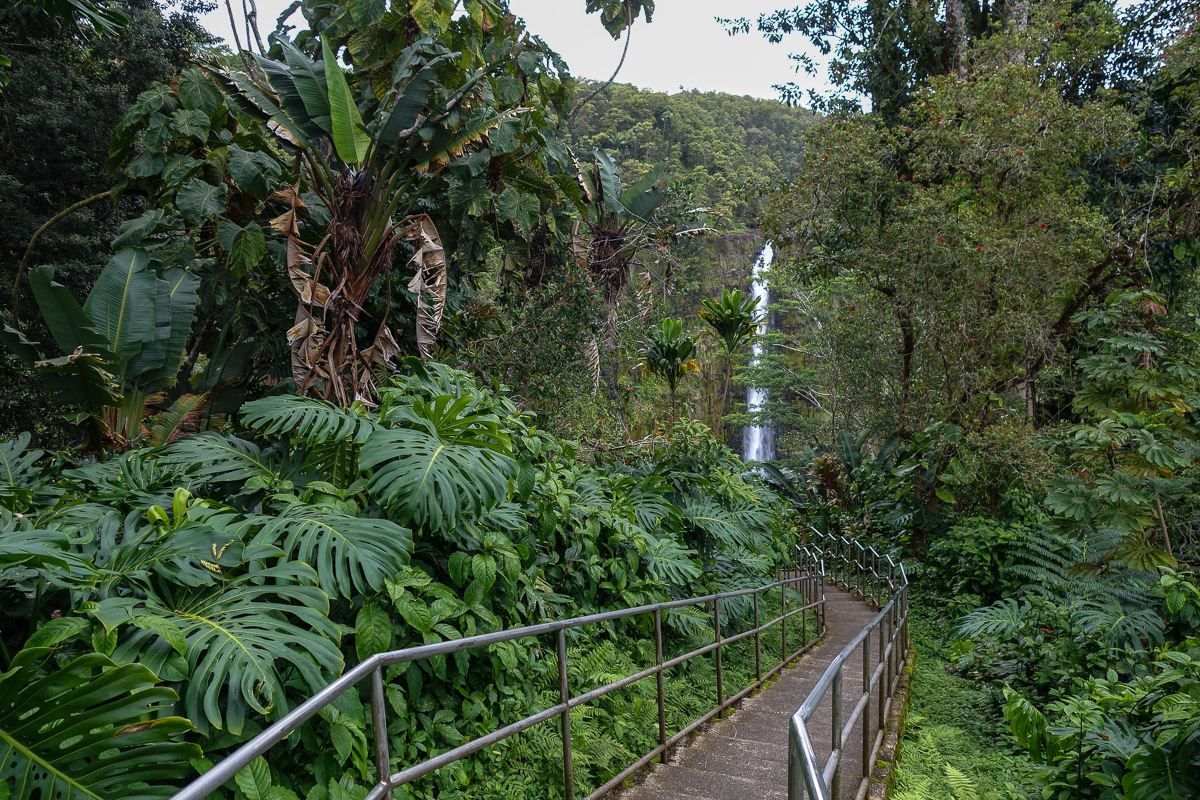 The fish spawns upstream of the falls, so when its babies are born, they are carried down by the water, cascade down the water falls, land with a flop into the water (and most probably lose consciousness for a while, since its twice the height of the Golden Gate), and get swept into the ocean where they mature.

And that’s when the most interesting bit starts.

Once the next spawning season comes, the fish have to somehow get back to the spawning site upstream of the waterfalls – that is, they need to somehow tackle a sheer cliff and the pounding of the falling water! The local tourist guides claim that the fish CRAWL up the cliff to their spawning site. Yup…a fish creeping 100+ meters up a vertical cliff face! 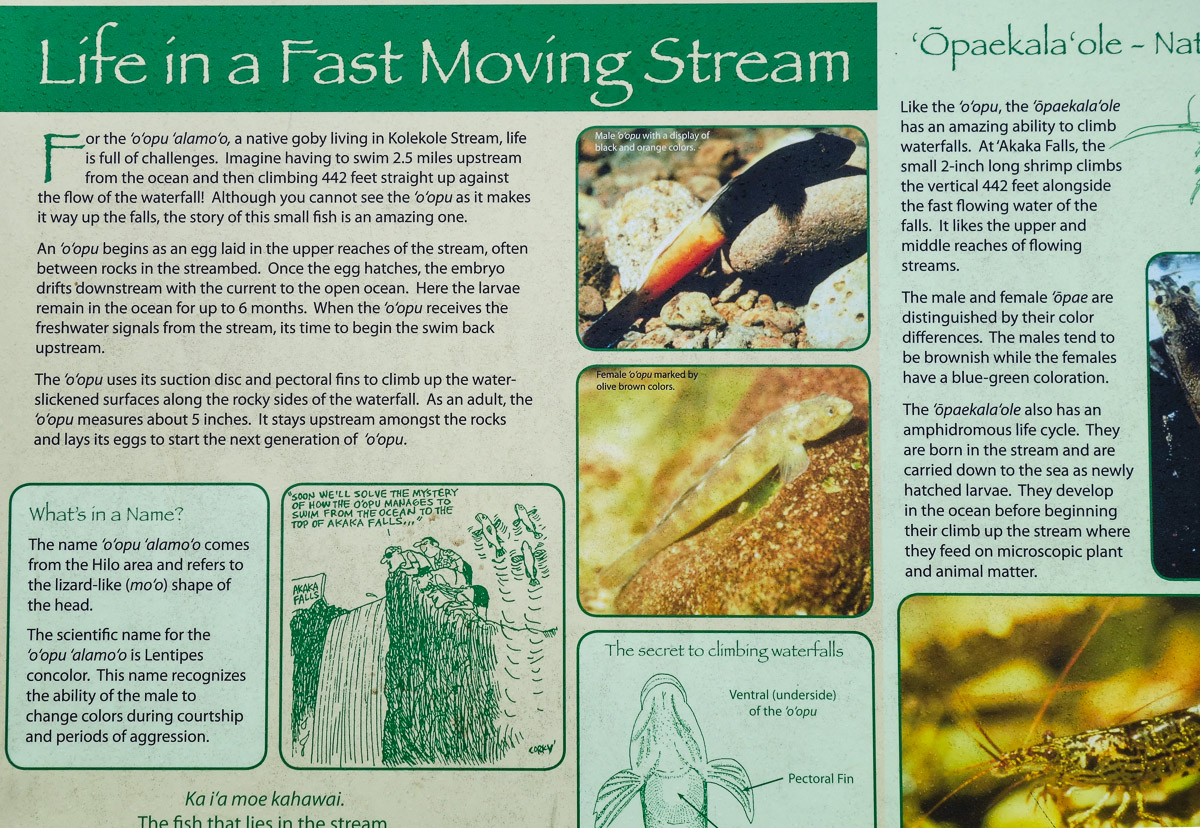 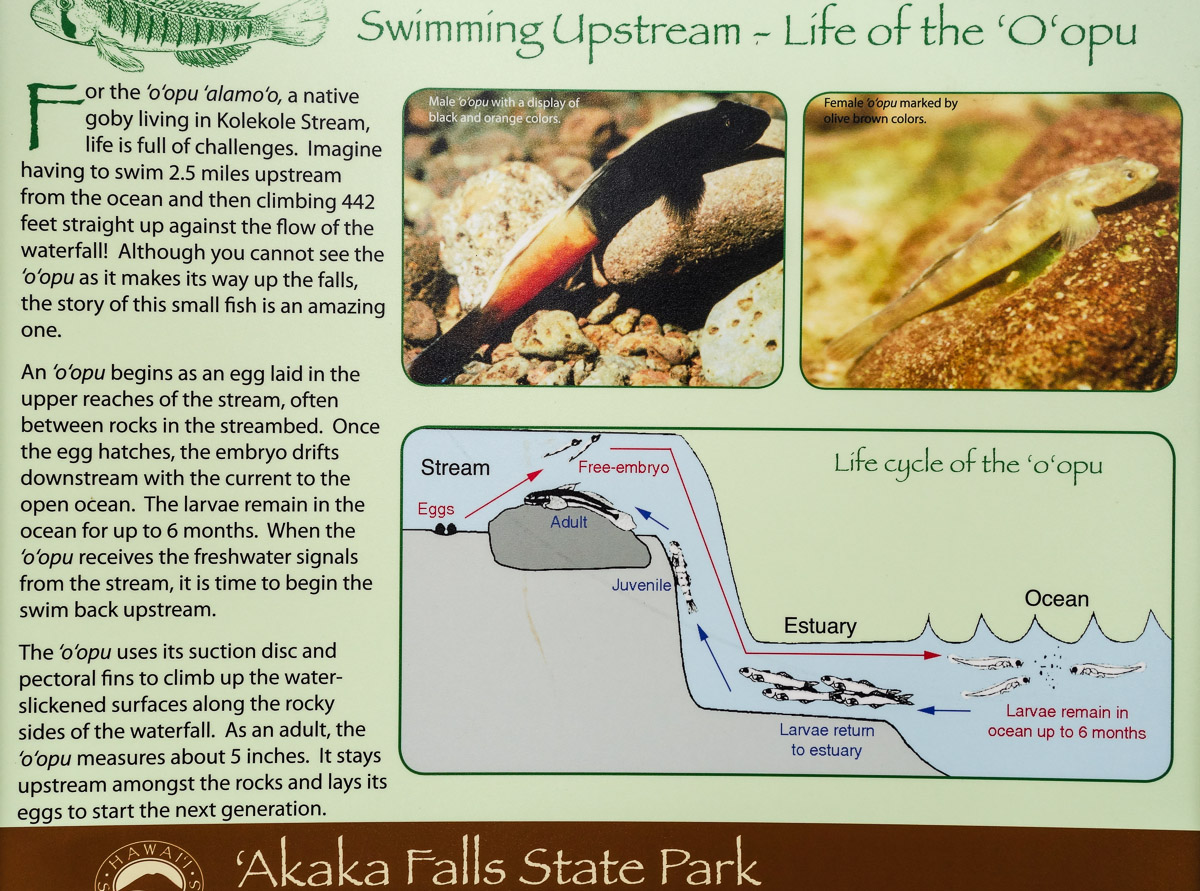 “So that’s how these poor fish were treated by merciless evolution,” I thought. The fish apparently evolved in a pretty rapid way: the local landscape was formed by lava streams some 250,000 years ago (according to volcanologists). So, a quarter of million years (or less) of training, and the fish learned to climb rocks! Hmmm… From an evolutionary point of view, that’s probably a pretty fast learner.

In short, these local fish are quite miraculous.

There’s more about the fish, waterfalls and other Hawaiian miracles here.