The euphoria after our recent single-handed victory over a patent troll has died down – a little. It was real nice to read lots of different accounts of the good news (like this, this, this, this and this) and multiple encouraging  comments from users. However, the real struggle has only just begun – ahead lies a lot of hard work and hassle, albeit interesting hassle. So now’s probably a good time to sum up everything.

The first and main thing: never let your guard down, no matter how well you’ve performed of late. Never rest on your laurels, never become complacent, big-headed. In our case, our second victory in court represents a serious wake-up call for all patent parasites, so next time they might just fight it out to the end – if only on principle. We need to be ready for that. Mind you, how can we talk of principles when discussing patent trolls? The word principle doesn’t have a dollar sign in it (they’d like to patent the device ‘principle$’, I bet). Anyway, our legal whiz kids are not letting up and are getting ready for war: rearming themselves, cleaning their rifles and sharpening their bayonets… The war budget’s been passed, funds are on hand. We’re 100% battle ready.

How has it come to this? Where patent bloodsuckers are threatening innovation on a global scale? To understand this paradoxical social contradiction we have to delve into the economics of the business of the troll. I’ve already written about this here before, but let’s take another look, this time from another angle.

Patent trolls spend money on more patent purchases and more court cases. And on and on, spiraling to absurd heights of unfairness

The lifeblood of the patent trolling business is as follows:

Introducing change on the first and third points is already underway (hurray!), and we’re doing our bit too: together with other IT industry players we’re pushing for reforms at the government level, while also helping out with innovator-side advice and expertise (to try outweigh the nonsense contained in troll-side PR).

What are trolls counting on when conducting their carpet bombing campaigns mass mailings of letters with demands for license deductions for violating a patent?

First, that large companies consider it much cheaper – and less risky – to buy them off, even though they have the wherewithal to go to court. The size of the sums involved in the lawsuits threatened are carefully calculated, and then compared with the relatively tiny sums needed for an amicable settlement – normally ~100 times less.

Second, that small companies simply won’t have enough funds to even contemplate the legal fees required to go to court, and thus have no other choice than to settle.

In both cases, the bloodsuckers’ bank balances bloat, providing more funds for more patent purchases and more court cases. And on and on, spiraling to absurd heights of unfairness.

Companies act in accordance with the classic capitalistic fetish – short-term profits, while not thinking too much about the longer-term future

So how can this madness be stopped? Is there a cure for this scourge?

Well, there is a medicine available on prescription that could cure it if administered strictly as per the instructions on the label. The medicine in question has one strong-acting ingredient: large companies changing their short-termism.

Large firms think as follows: if we go to court, we’ll ultimately have to spend $X million, while if we settle, it’ll be just $YYY thousand – for now. To be on the safe side they often license ‘patent packages’ from the trolls, or even join them as investors (whereby they obtain such packages for knock-down wholesale prices (bargain!!). Incidentally, this sometimes results in comical situations where investors go to court with… themselves (like Google) or with their own partners (like Apple)!

In other words, large companies act in accordance with the classic capitalistic (owner/investor-pleasing) fetish (short-term profits), while not thinking too much about the longer-term future. But that thinking is all messed up, for in the long-run total expenditure on repeated settlings will inevitably turn out to be more than that spent on a systematic battle with the trolls and the patent system on the whole.

The problem comes from the fact that the management at large companies is only really bothered about its own self-interest in the short term – after all (especially these days), senior executives will hardly be with the same firm for more than five years or so. Why injure the bottom line of the company under their watch with costly, bloody battles with trolls – battles which could see top executive job opps dry up faster than you can say ‘yearly financial results’?

The owners or investors of such large companies make things worse since they too are motivated by the same fetish of short-term profit. What do ideas like global social justice, longer-term prosperity or technological development matter to them? Not taking on the trolls means their shares keep going up in value in the short-term, the shares are eventually all sold in the mid-term, and that’s that.

As soon as trolls’ legal costs outweigh their profits, and the legal costs of their victims go down accordingly, we’ll deprive the parasites of their economic raison d’être

So what about small companies who can’t cover the legal costs? Well, first, let me give you some figures to demonstrate just how wide the chasm is between funds and required spends for small firms. Two court cases with trolls cost us $2.5 million and $1.5 million, respectively. And with the trolls’ tentacles now reaching even tiny private software developers of mobile apps, it’s blatantly obvious that these small developers can in no way come up with the required wonga. So the trolls get to fleece them another way – via royalties.

Faced with such avarice on the part of the troll, small firms clearly need some assistance – in the shape and form of a fund for providing legal and financial support, and a support group for coordinating joint efforts. Yes, there’s already the EFF, a public interest advocate/support group of private and corporate patent lawyers, but… things haven’t really changed all that much with regard to patent parasites. If they had, why does the absolute majority of IT vendors still prefer to keep feeding the trolls?

How such a fund and support group can actually be put into practice, who would be involved, etc., etc… it’s not fully clear just yet. It’s a complicated issue, and at the mo we’re still at the thinking-it-over stage.

In the meantime we’re continuing to share our anti-troll experience and resulting know-how, advising how to conduct oneself in court, how to prepare, what arguments to use, and so on. Should such an support organization (with a full set of teeth) come into being, it would not only help thousands of genuine innovators putting new ideas into practice for the good of humanity and the planet, it would also ultimately – hopefully – break the Catch-22 of patent extortion: As soon as trolls’ legal costs outweigh their profits, and the legal costs of their victims go down accordingly, we’ll deprive the parasites of their economic raison d’être, and will see off the disease once and for all – having got to and destroyed the root cause of the illness. 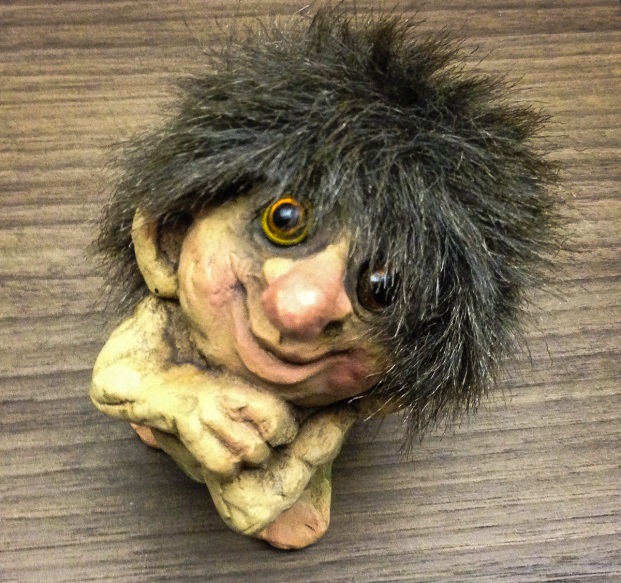 Patent trolls – don’t get them mixed up in your mind with the furry little cuddly things with cat’s eyes as sketched in children’s books the world over. Patent trolls are ghastly, greedy, unscrupulous parasites, produce nothing, and only hoover up money from the tech avant garde. At the same time they have the gall to repeat to the world how important and helpful they are for society and global development (sic!)!

In 2011 in the US alone the troll racket cost around $80 billion taking into account all direct and indirect costs. I’m sure that for 2012 the sum won’t be any lower. And if we calculate losses over the last five years, they come to a whopping $400 billion! Where did all that money go? Not on new inventions that’s for sure. I wonder what we’d have got if that money wasn’t sucked out of innovation. Plenty, to be sure.

So the conclusion is clear: it’s time to bring the troll tragedy to an end once and for all. Let the battle commence.