A couple of Fridays back our friendly international team plus special guests had our annual Christmas & New Year work do! It wasn’t a Much Ado about Nothing. It was a Much Ado about ROCK! This year our luau took place in a brand spanking new Moscow venue called Kazakova Hall, which opened only in September just off the busy Kutuzovsky Prospekt (getting there turned out to be a bit of a ‘mare – one minus). The place was basically an abandoned factory – a second minus; still, to some I think it was a plus – especially for our foreign employees :)

Anyway, all the rest was one big fat funking plus! The shindig was called “Rock the New Year!” with real bikers, bikes, and Bigfoots supporting the entourage of the rocker party. Around 1500 guests partied the night away, including 200 guests from our regional offices. 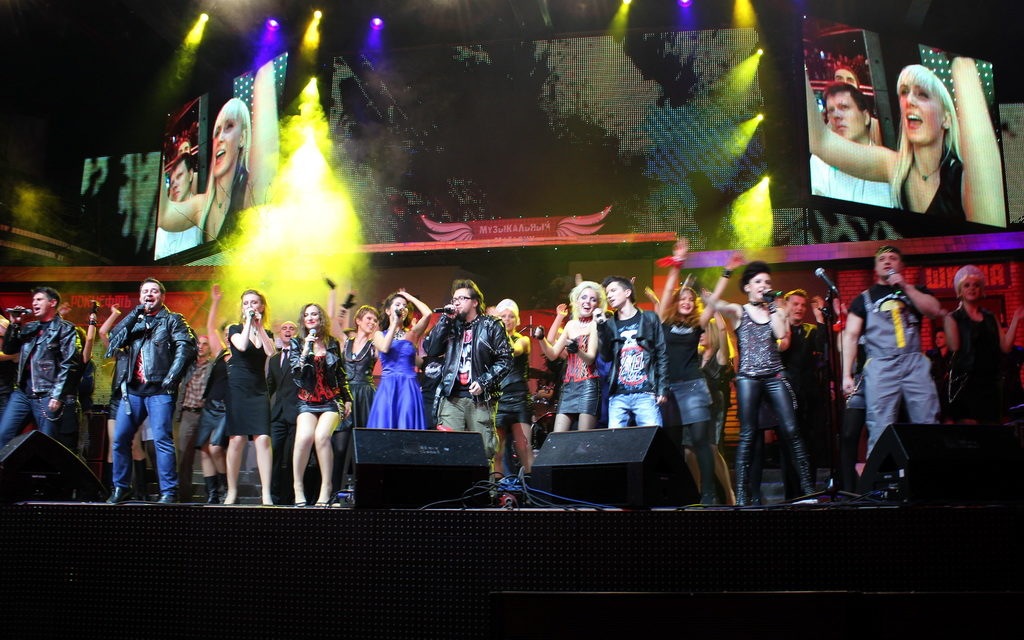 In all, it was a real blast. Yeah, it really rocked. Truly, everyone got their rocks off!