It’s been a little over a year since this darn biological contagion swept the world and hit businesses hard – especially small and medium-sized businesses. Almost immediately it was clear some companies weren’t going to fare well. But I also wondered how the cybercriminals would behave. And what would happen to our company during this potentially long period of quarantine?

On the whole of course it was obvious that cybercrime wouldn’t suffer that much. The bad guys carried on ‘working from home’ as usual. Nothing much changed for them, apart from potential victims spending more time online due to quarantine measures and lockdowns. And, of course, the internet didn’t lose any bandwidth because of this biological virus.

But what about our business, which takes the fight to those very same cybercriminals?

A year ago, I expressed my belief that our company would be affected by two vectors: one negative and one positive. On the one hand, some of our customers would face difficulties, and some, alas, would go bankrupt. We’ll obviously lose those revenues. But on the other hand, there would be companies that started investing more resources in cybersecurity because their employees were working remotely and the cybercriminal world would most likely become more active. How we’d manage these two vectors would directly determine our own results.

So, ladies and gentlemen, boys and girls, I’m pleased to tell you that we’ve just announced our financial results for the past year. ‘Why in April?’ you may ask. Because we wanted to do a financial audit first.

It’s time to tally the numbers and sum up the results of the past year. We even held a press conference to mark the occasion, informing journalists of our financial achievements.

Despite the now notorious bio-virus pandemic, the global economic crisis, and all kinds of geopolitical instability and uncertainties, our results weren’t only not bad, but were actually very good! After a year of covid, we not only survived but also grew! And that was despite an almost complete relocation of our K-folks from the office to remote working with all the associated costs and restructuring, mass provision of our products to the needy, and all sorts of other various unforeseen things.

Sales in the corporate segment increased 13% thanks to 23% growth in our large business segment and 27% growth in the promising new solutions and technologies segment (non-endpoint). In the B2C segment, business grew 4%. Online sales increased 10%.

When broken down into regions, the geography is as follows: our most positive sales growth was in Latin America (+15%), the Middle East, Turkey and Africa (META region) +14%, followed by 6% growth in Europe. In Asia-Pacific and North America, we maintained last year’s results. In Russia, our sales increased by 16% in ruble terms.

Over the past year our products participated in 62 independent tests and reviews. In 45 of those we were ranked first, while making it into the top three (Top 3) as many as 50 times.

In Q1 of this year we continued to show steady growth. New products and technologies continue to be released. All in all, everything’s running smoothly!

That’s pretty much all for now. A traditional ‘big thank you’ to all our loyal customers and partners who believe in us and, most importantly, trust us with the cybersecurity of their businesses.

We’re heading onward and upward! But for now, it’s back to work!… 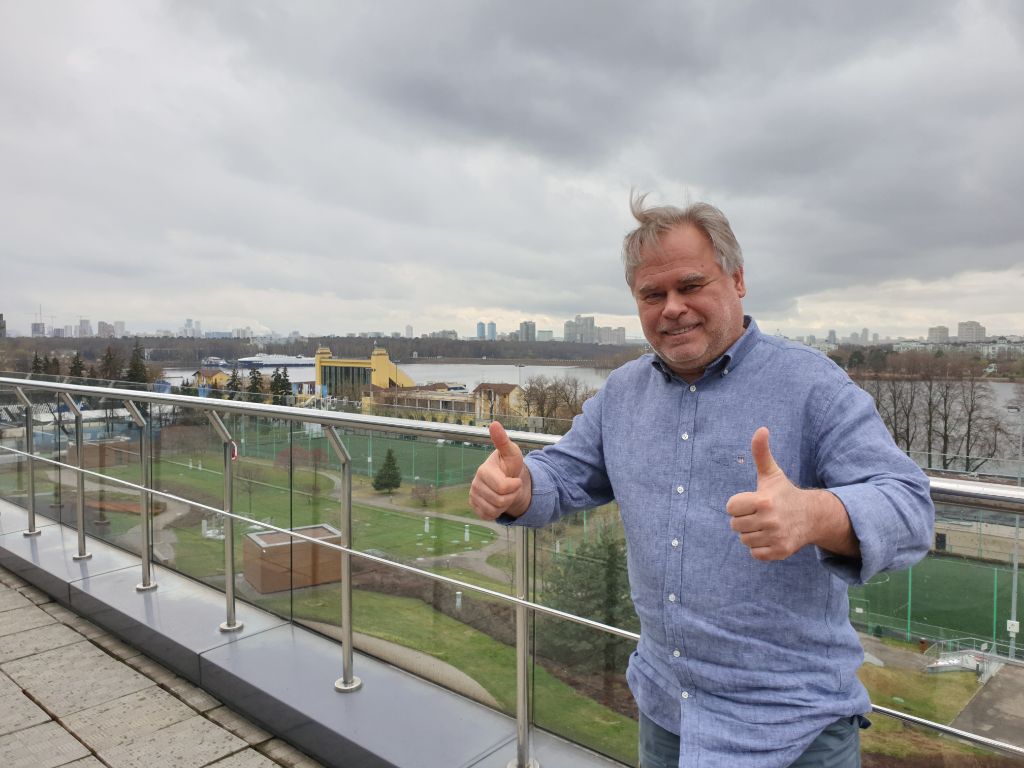