There’s a town in Russia that’s situated almost precisely at the mid-point between Moscow and St. Petersburg. It goes by the name of Udomlya. You’ll no doubt not have heard of it. Not many Russians have heard of it; I hadn’t heard of it either until last week when we went there! For I don’t have an encyclopedic memory, and I tend to study geography through personal field visits!

So what were we doing in this little-known town? Well, just to the north of Udomlya there’s a lake of the same name, and on one of its banks is a place to which we paid a visit: the Kalinin Nuclear Power Plant.

// You think Udomlya sounds a little funny/stage in English? It sounds no less funny/strange in Russian! I had a quick look on the net for the etymology, and it claims it comes from the Finno-Ugric, but to me it sounds Slavic. Can any of you, dear readers, confirm the origins?

Now, much as I’d love to show you pics of this fascinating industrial installation, I’m not going to show you one! I didn’t take any! (Blimey: that must be a first.) For this is critical infrastructural object – no photography allowed, not by visitors at least. Some of the nice folks who showed us round – they were permitted to take photos, but even then – only in special designated areas. Accordingly, you’ll just have to settle for their handful of pics (and this here short text of mine)… 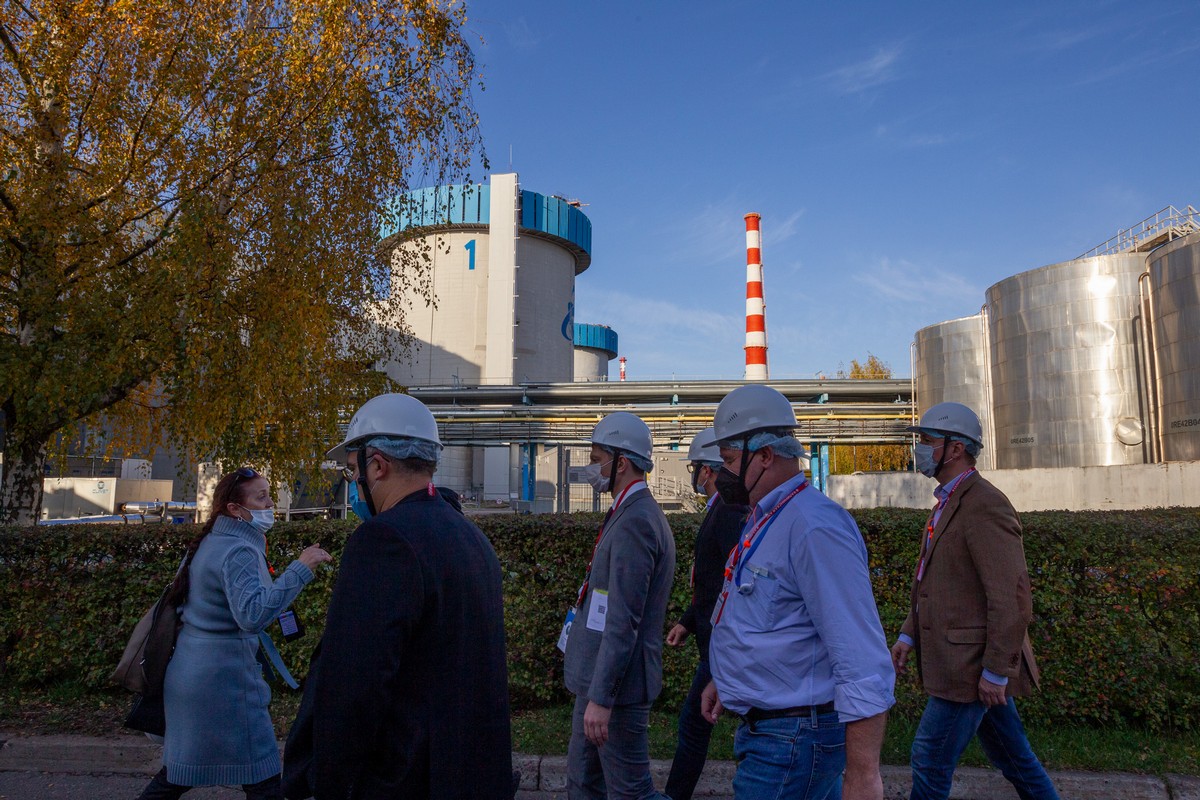 The power plant is made up of four units, each of which has a gross capacity of… a full gigawatt (!!!) of power! 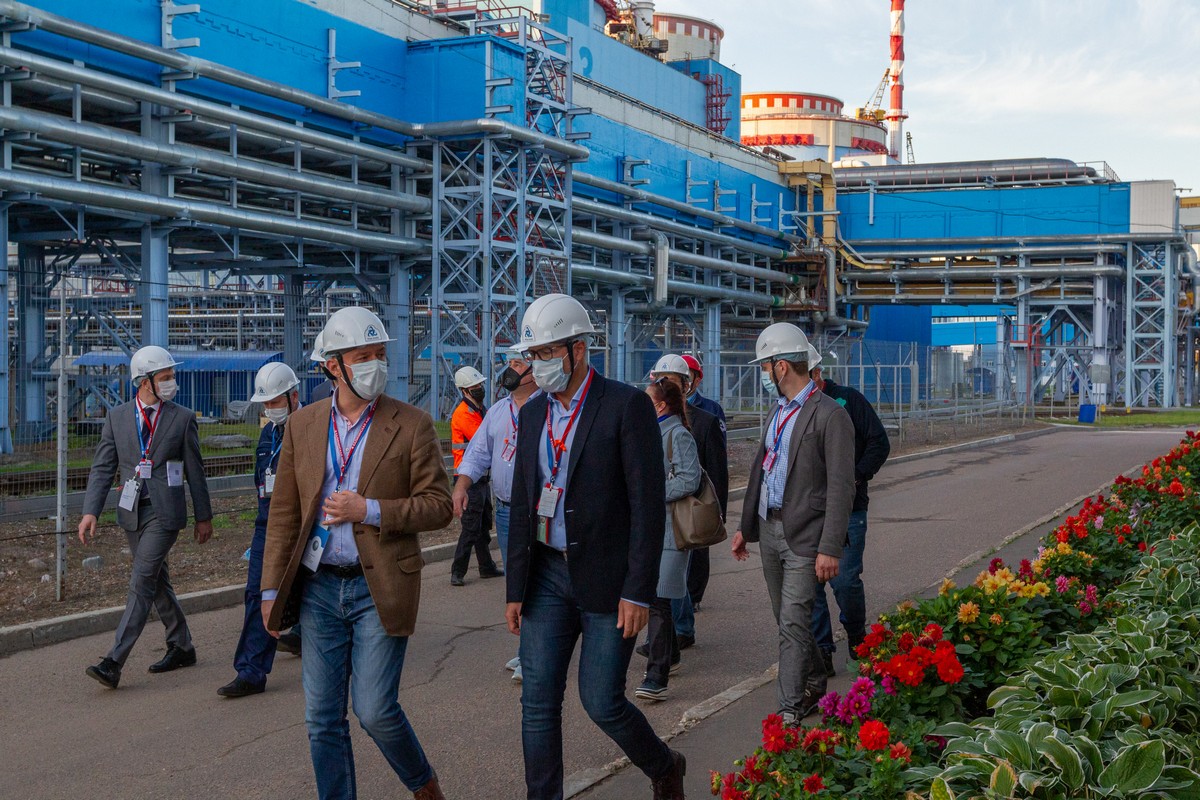 I won’t go into the details how the reactors used at the plant operate; you can read about that on the internet if it floats your boat. A few brief nuggets I will give you are these: They pump 86,000 tons of water into the first (internal) loop, which later shoots out of the reactor at a temperature of 320°C, which then heads over to a steam generator, which comes up with a whole gigawatt of fresh, pure, unadulterated electricity! Ah – we’re allowed a bit closer to the steam generator -> 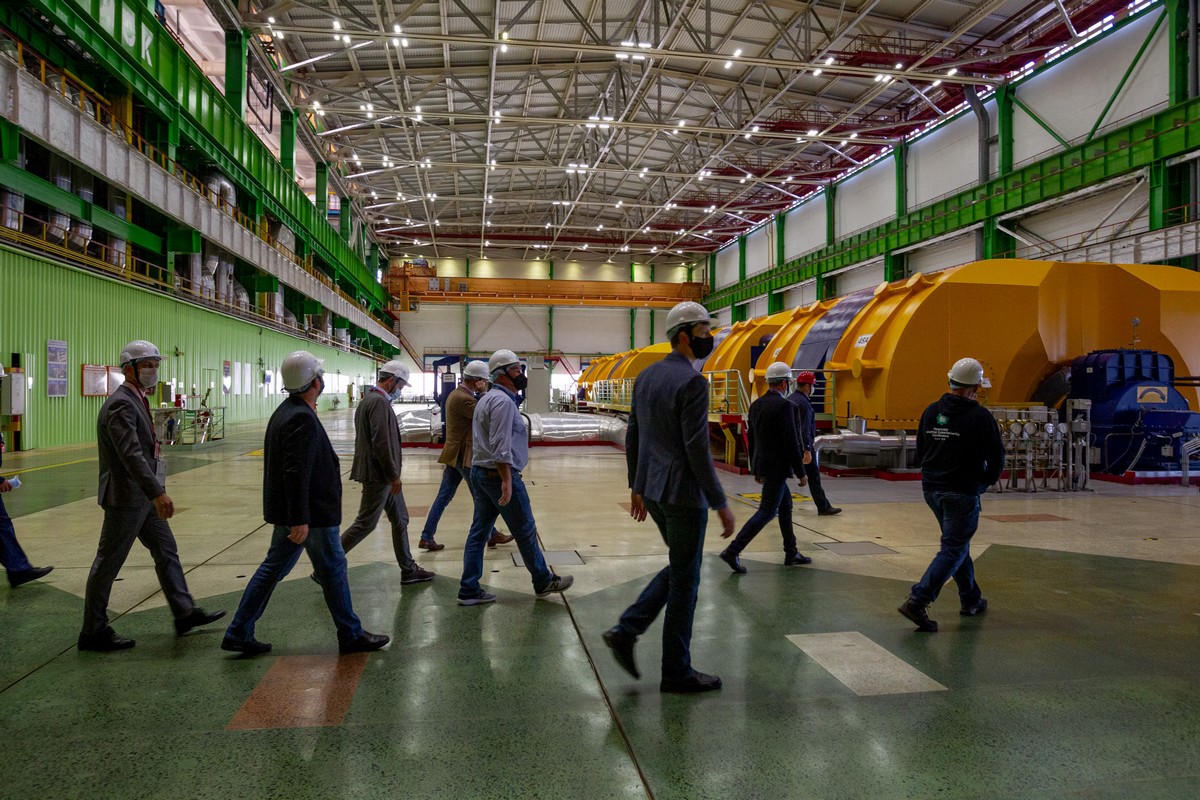 Alas, visitors aren’t permitted into the reactor buildings. Not that we missed much: the reactor itself is somewhere underground and hidden behind various layers of protection. A look at a spot of deep blue Cherenkov radiation is also not permitted (but, actually, I didn’t mind giving that a miss, to be honest:). A few other areas and features were also off-bounds; however, we did see – we could hardly miss them – the huge, fat cooling towers, among other grandiose things during our excursion of the complex. In all: a very impressive bit lot of atomic physics gone industrial!

Right next-door – making use of the fresh, vast, stable supply of electricity from the plant – there’s a brand new national data-processing center. It mirrors the plant in terms of sheer capacity and might: it contains 8000 server racks, which consume a full 80 megawatts of electricity! It’s also in the top-10 largest data centers in Europe (it’s actually bigger than the Equinix-Amsterdam data center).

We headed over to the data center for the main event of the day: signing an agreement with RosEnergoAtom. I ~quote: it’s a ‘collaboration in areas of information technology and cybersecurity; the partnership … will result in the creation of complex digital products based on Kaspersky soft- and hardware solutions and a Rosatom infrastructure solution.’ All quite logical really: for what’s the point of a data center without the very best cyber-protection? Indeed, again quoting: ‘the Kalininsky data center cloud platform supported by Kaspersky services and solutions was able to expand its cybersecurity product portfolio by services enabling protection from DDoS attacks, traffic filtration, protection against targeted attacks, etc.’ Oh yes. 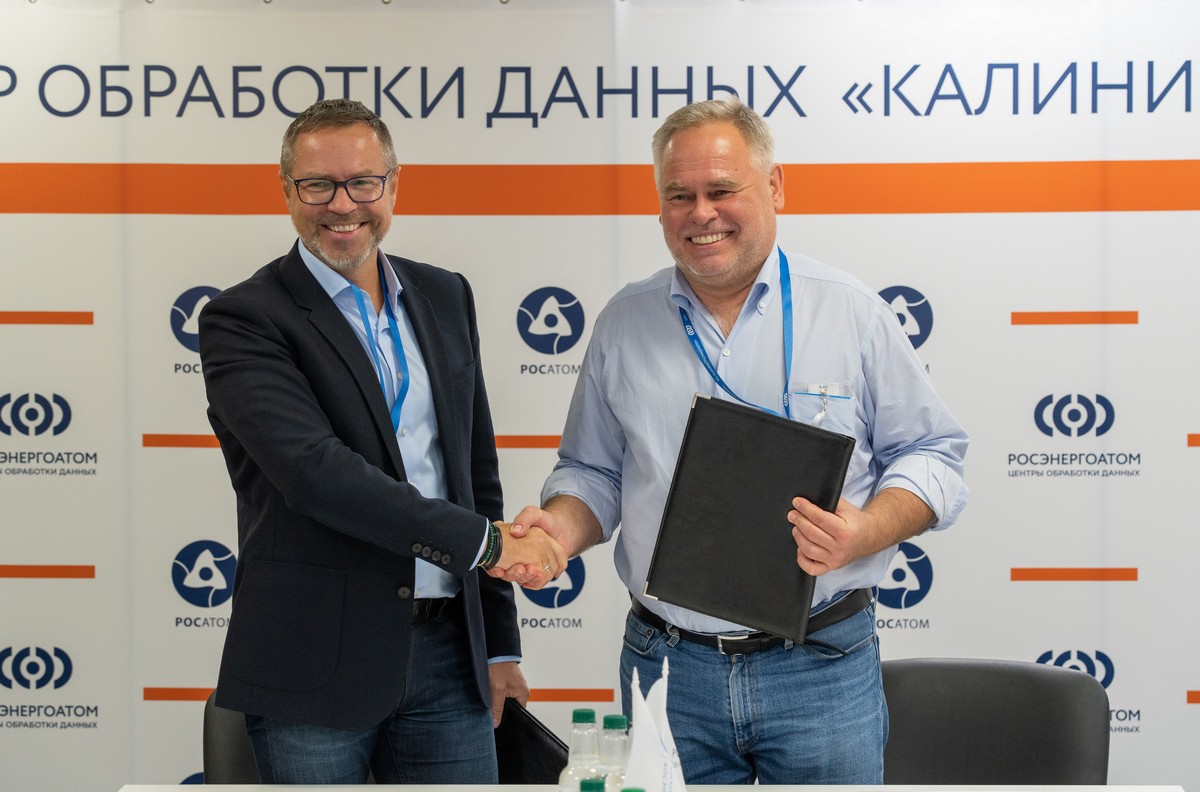 After the signing, a quick pic of everyone – fully masked up, of course ) -> 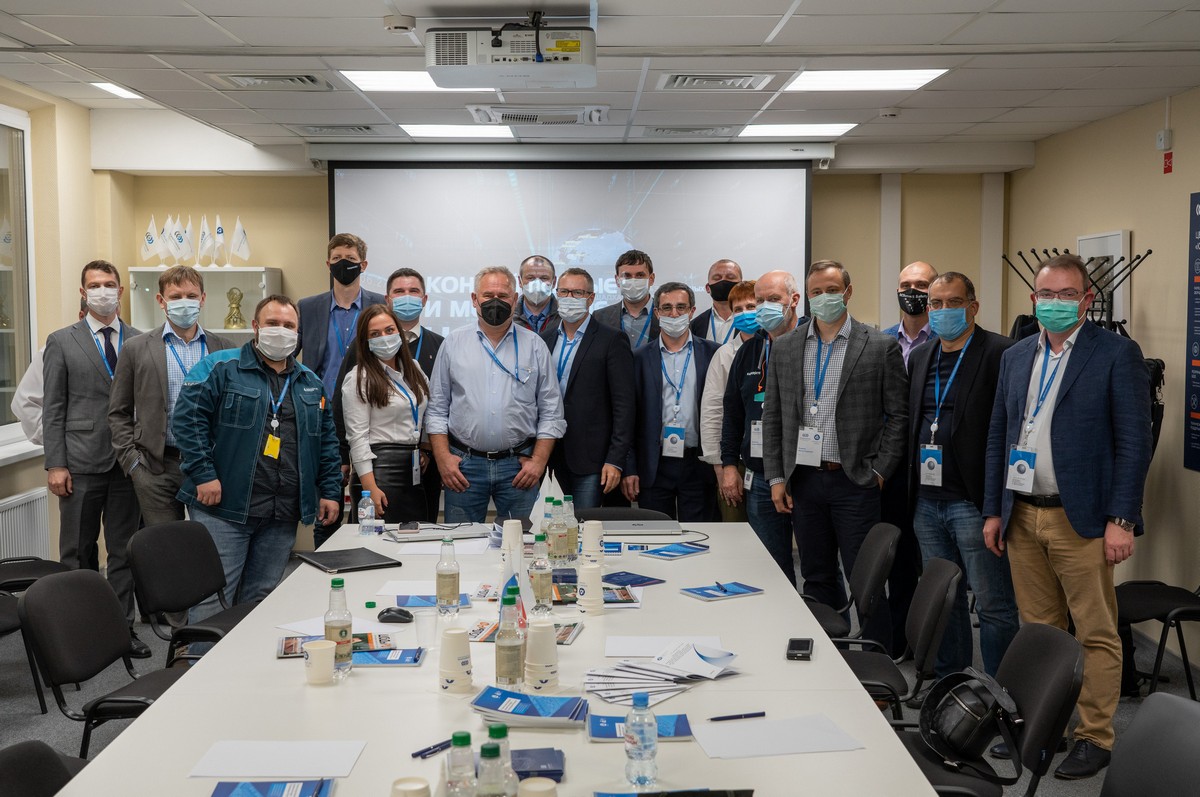