The main course of our Altai-2020 expedition was of course the rafting down the river Katun. However, the various hors d’oeuvres before it were rather special too. The rafting main dish came after a good long steady mosey from the northeast to near where the river starts out up in the mountains. The route: along the R256 highway up to the village Kosh Agach, and from there it wasn’t much further as we were already high up in the mountains.

Approaching the riverhead, we took one look at the super-high level of the water of the river Chuya and realized a spot of rafting upon its rapids was out of the question. Boo! We’d be missing the Behemoth Rapid, the Horizon Rapid, and the Turbinny Rapid (woah: three remote sets of rapids – each with their own English Wikipedia page:). There’d simply been too much rainfall this year – much more than usual.

But what we did instead made up for these omissions: we drove over to the multicolored Kizil-Chin mountains – aka ‘Martian mountains’ due to their unusual yellow-orange coloring. 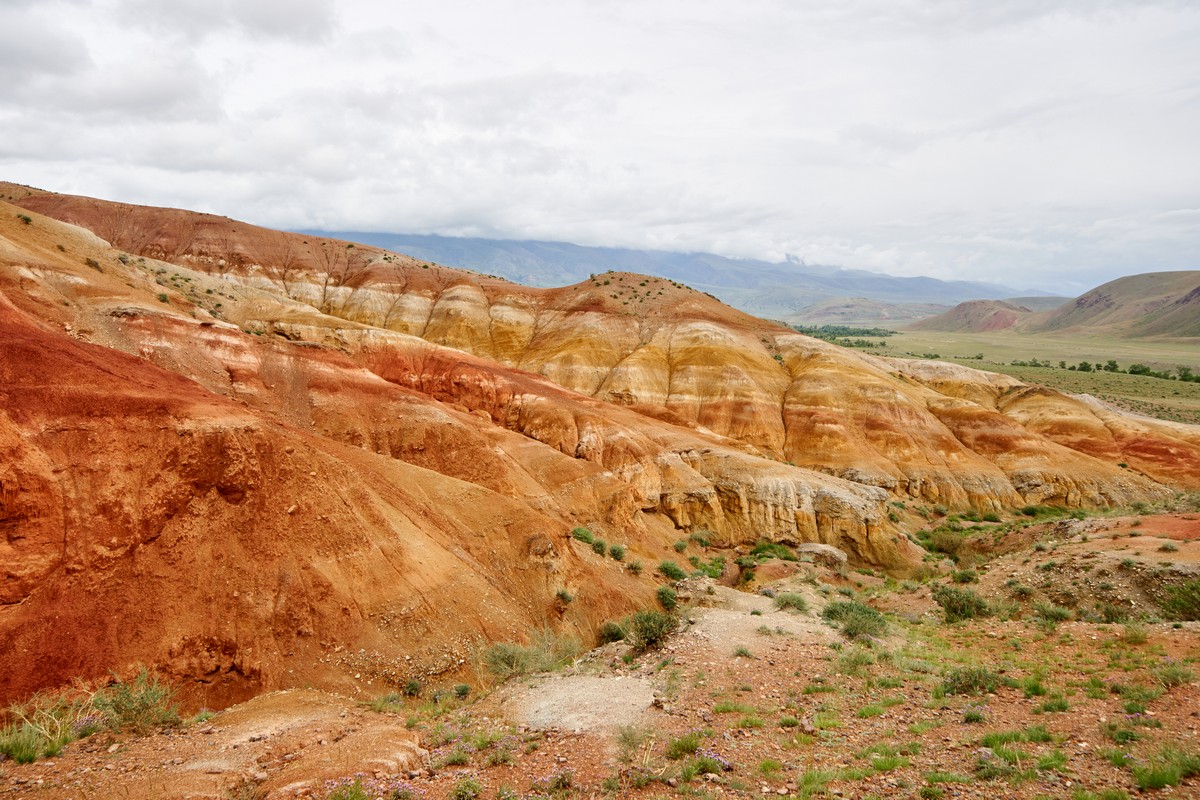 Somehow, a very long time ago, rocks, clay and assorted other underground minerals were mixed together to form this here stripy vari-colored palette -> 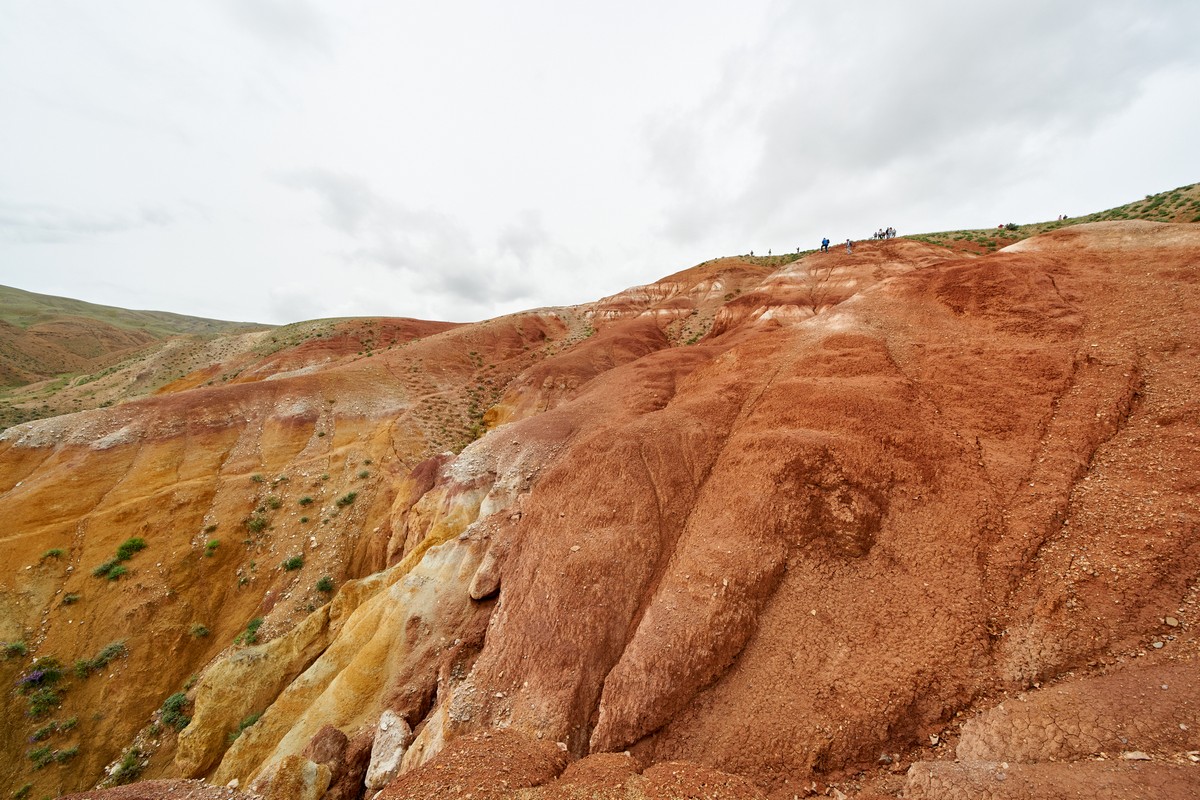 Naturally, we climbed up to the top for the super views all around, and to let off a few drones…

Alas, the skies were cloudy, with not a single sliver of blue visible. Still, maybe that was a blessing in disguise: given bright sun the colors kind of fade away. 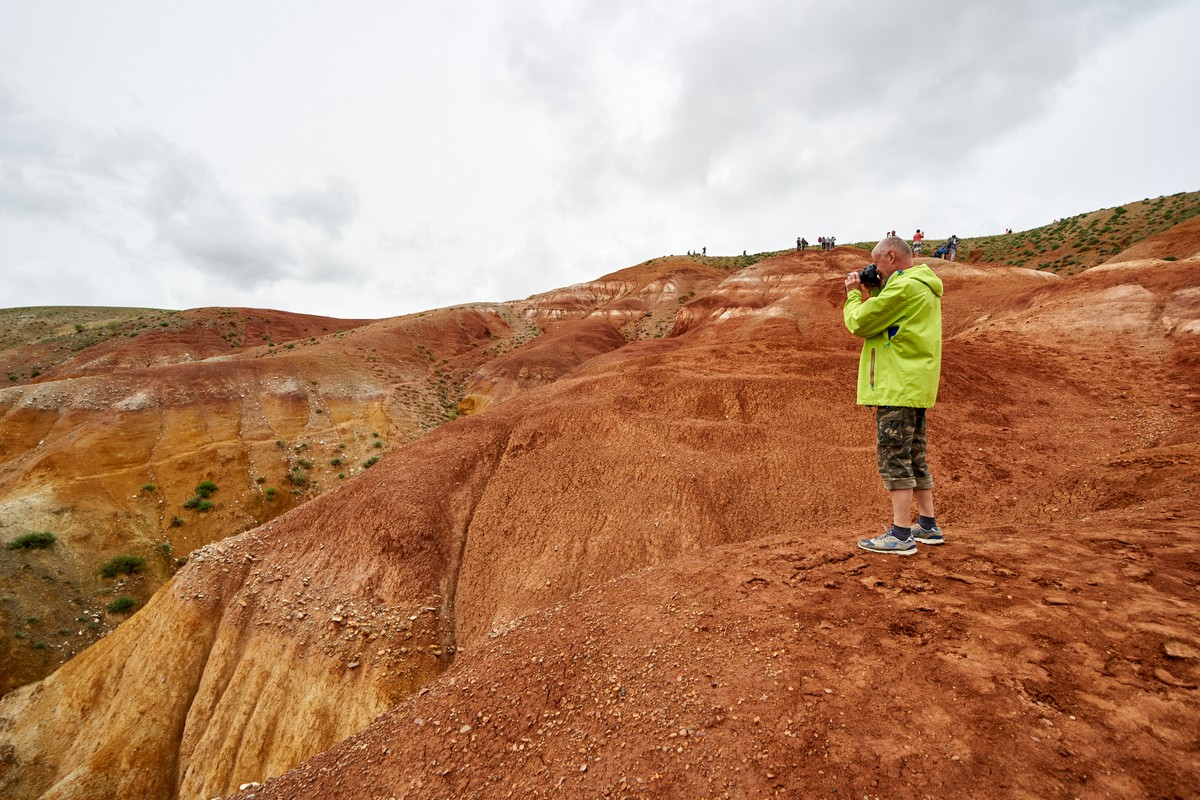 The Mars-like landscapes here are impressive; however, (relatively) not all that far away (like, just on the other side of Mongolia!), there’s the Chinese Gansu province, and near its city Zhangye you can find similarly brightly colored rock formations, only much larger – in terms of both the size of the rocks and the area covered. Have a look: here are my pics and words about the place.

Nevertheless, all our posse very much enjoyed the Martian rock landscapes here, strolling about in the highest of spirits. Those high spirits were even further elevated when I told them how the Chinese rocks, though bigger, aren’t in every way better: you can’t stroll around them there – it’s forbidden! 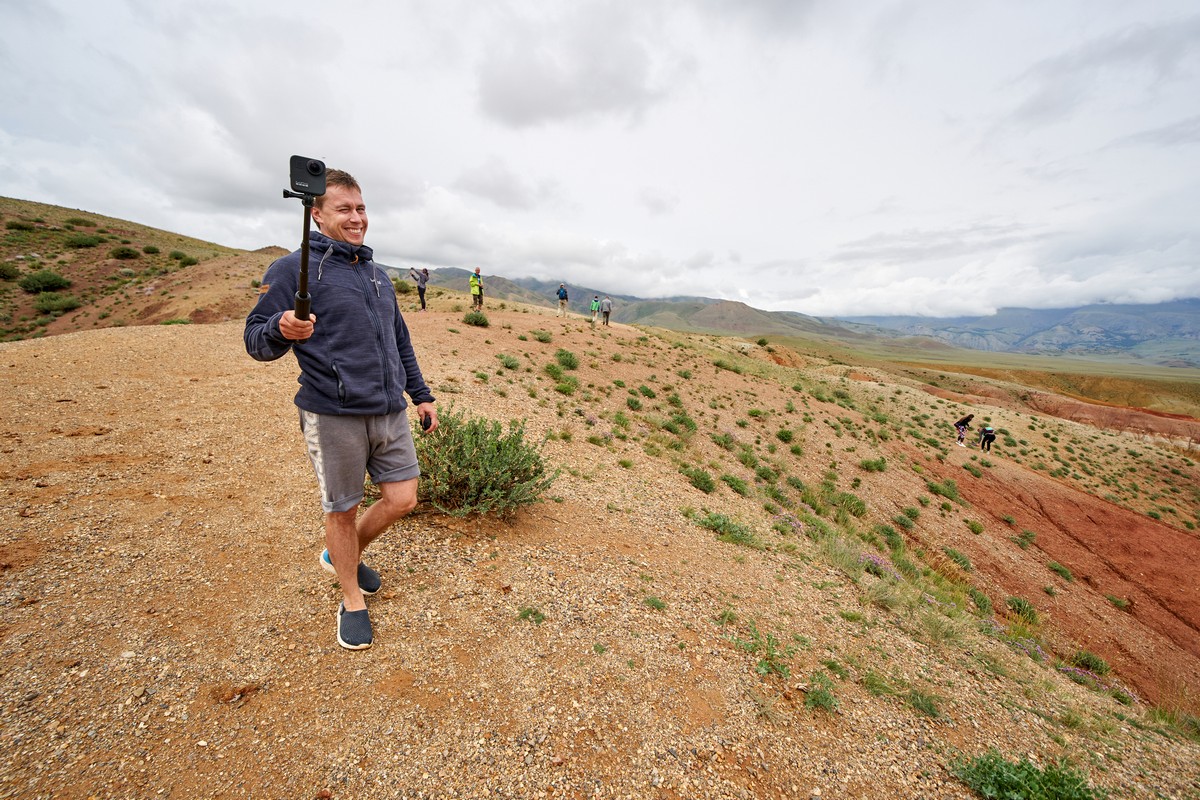 After our walkies, it was back into the cars and onward to the starting point of the above-mentioned main course – river-based action!… 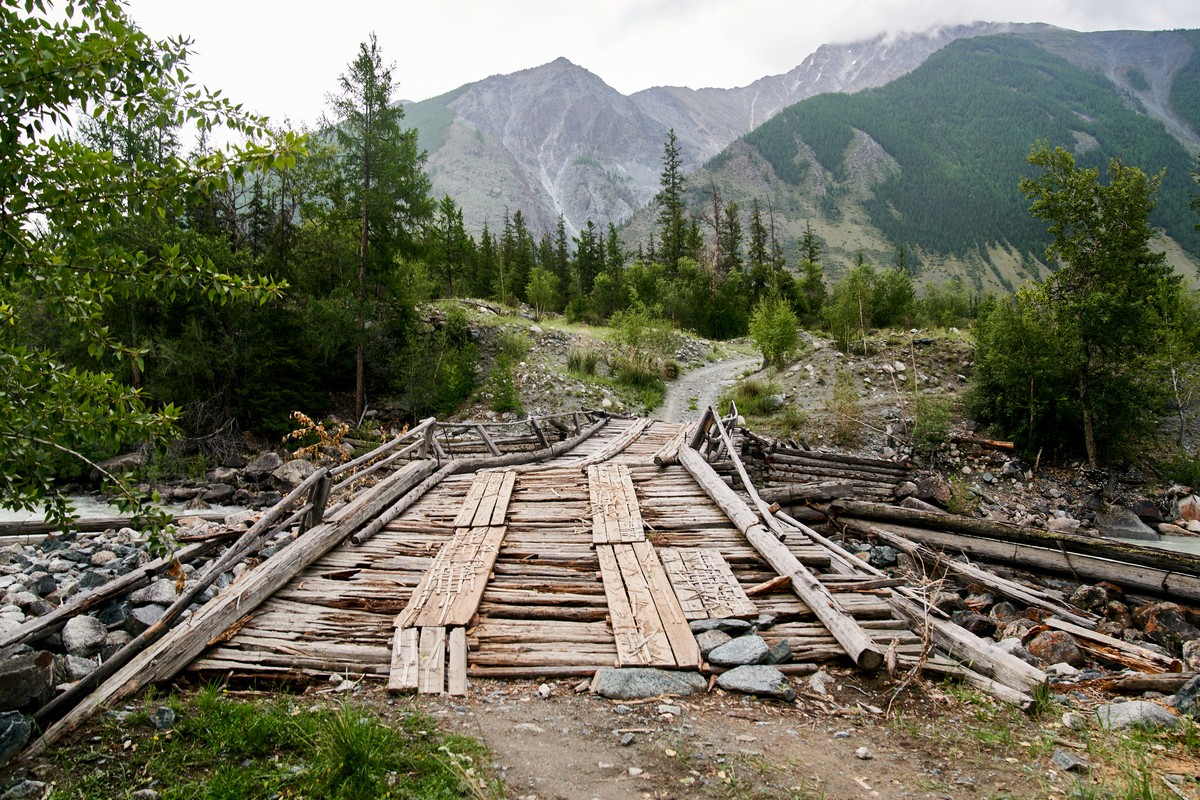 Joke. The rivers came later. There were a few more ‘side-dishes’ to go. But more about those in the following post…