I hope you liked the first part of the ‘greatest hits’ on my bookshelves – business books. Time now to turn to another category: about how the world ‘ticks’: the history, societies and governments of human beings, and more…

On China, by Henry Kissinger

For those who find a few Wikipedia pages ok but insufficient on detail to satisfy their curiosity and quest for learning more about China – this is the book to go for. In it you’ll learn all sorts about the country’s ancient history, its economy and more. There’s the estimation that the GDP of mediaeval China was something like a third of world GDP (!), there’s all the treachery of the opium wars, there’s the Communist past, and the country’s renaissance. Highly recommended. But be warned: there’s a TON of detail in there. Some pages I just scanned. So let me adjust my recommendation: I highly recommend you read… the best bits sections of this book ). 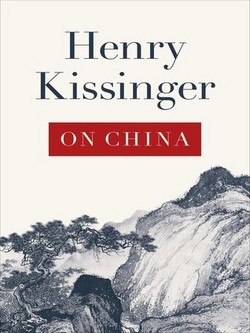 From Third World to First, by Le Kuan Yew

Must-read! The history of the Little Red Dot, told by the writer, producer and director of the miracle city-state himself. Singapore – how it was building it up, and what it’s become. How exactly were reforms introduced, what problems were come up against and how were they dealt with. A fascinating read. In places are bit too much detail for my liking; still – better more then less ). It’s a fat tome, so reading it won’t be quick. 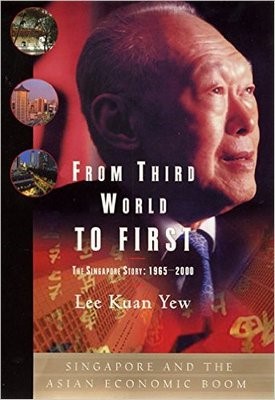 The Black Swan: The Impact of the Highly Improbable, by Nassim Nicholas Taleb

This book states that the world is made up of two parts.

The first is predictable, and nothing unusual occurs in it by definition. For example, a casino, where extremely high stakes are limited from up above. Winning a million dollars in one go simply ain’t gonna happen; to have a chance of being a million dollars up from one casino you need to play there your whole life, and also be very lucky.

The second is the world where completely unexpected events can occur that dramatically change everything. For example, some companies become Facebooks, while hundreds (or thousands) of companies just like them (or at least similar) disappear without a trace.

This is a book about how humans (as individuals, societies, businesses or states) try as best they can to live in accordance with the laws of the predictable world, but who very often get plunged into the unpredictable world – the world of the ‘Black Swan’. Black Swan events are surprise happenings that have a major effect, for example, world economic crises, the crazy success of certain books and movies, fundamental scientific breakthroughs, garage (computer and internet) startups turning into mega-corporations, and so on. The book details how, finding itself in the world of the Black Swan, Homo sapiens needs to rely not on what it knows, but on the fact that it doesn’t know much – and only gets to know much later… after meeting the Black Swan. 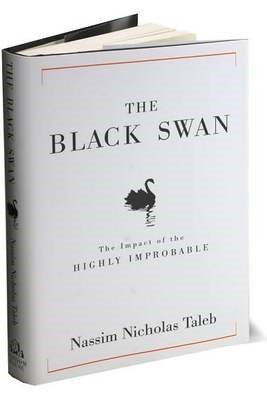 This is a very detailed book. Some parts are over-indulgent and pedantic – but it’s still a most enjoyable read. It’s basically an investigation into the following question: Why has civilization across different continents developed at different rates? For example, how is it that the Europeans arrived in what is now called South America, and proceeded to conquer and wipe out the indigenous civilizations there – and not the other way round? Why didn’t the Maya, the Incas or the Aztecs travel to Europe and then, say, on to Asia, vanquishing all the way, becoming colonial overlords, and accordingly renaming everything Mayan/Quechuan/Nahuatl? What was it that influenced the various tempos of the coming-of-age of different human communities in the different regions of the world? Cultural differences? Geographical factors, vegetation and local species of animals?

Read this book! In it you’ll find answers to all these questions and more. And not simple answers either – each comes with around a zillion examples to bang all the points home, just in case there may be some doubts in readers’ minds. It goes one step further too: why things worked out as they did, and why other scenarios stood no chance – with yet more examples! 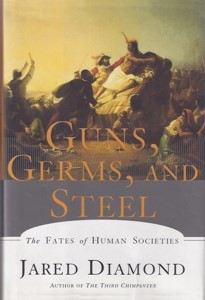 The Journey of Man: A Genetic Odyssey, by Spencer Wells

And finally, a book about where modern Homo sapiens comes from, how, when, and by what route it settled across the planet: a compelling investigation based on genetic data of different peoples from all over the world. Why do some of us look similar; why do some of us look different? How and where did ‘kin branches’ sprout off the ‘mankind tree’? All that – in this volume. It’s one of those unputdownables: suitable for binge reading. Well, why not? Beats binging on Netflix… 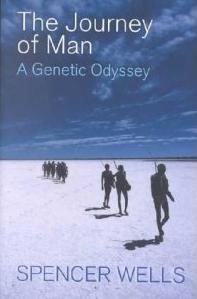 Briefly – since it’s on-topic, here’s another must-read, IMHO. It’s Sapiens – A Brief History of Humankind, by Yuval Noah Harari. Just read it, is my advice. Need convincing? Check out my review. 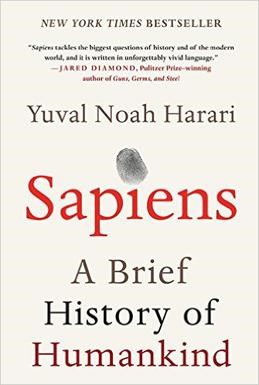