Working remotely is one thing. Learning a new hobby or even profession – also remotely: super. But you need to take a break now and again otherwise that learning suffers. Also – since you’ve no commute, your free time of an evening tends to be a bit longer. What I’m getting to is… it’s high time – to read!

Well, I personally read all sorts. Just as well, as I’m often asked what books I might recommend to others. Fine by me – as I’ve plenty of recommendations. That many, in fact, that when I decided to put fingers to keyboard and come up with a list, there were just too many. Accordingly, I’ve split my recommendations into three separate posts. Today’s post: business books I highly recommend.

Good to Great, by Jim Collins 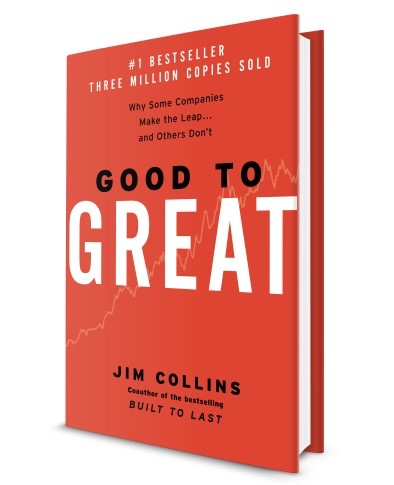 I reckon that if I had to line up the business books I’ve read on my bookshelf in order of importance from left to right, this one would be first – furthest left. But might it be outdated already? After all, it was published in 2001, and given that our world is changing at dizzying speed, sure, that seems like a fair question. Actually – no. For the main topics in the books are somewhat timeless and are as relevant today as they were back then. In plain language and with lots of practical examples, the author convincingly analyzes the traits commonly found in various types of leaders (manager-leader, team leader, company leader). It’s one of the few good books, IMHO, on how to build a great business.

Here’s one of my own examples of how this applies today: in elections. Upon losing an election, the strong leader would look inward to find the problems within and prepare the party to do better next time; the weak leader would look outward for someone to blame – like mythical hackers affecting the result of the voting!

This is more than a book really – it’s a majorly significant, seminal work – a magnum opus even. And since it’s based on a full five years of painstaking research conducted by a large team, it’s possible to place it in the category of the exact sciences, which can’t be said often for business books.

The Innovator’s Dilemma. When New Technologies Cause Great Firms to Fail, by Clayton M. Christensen. 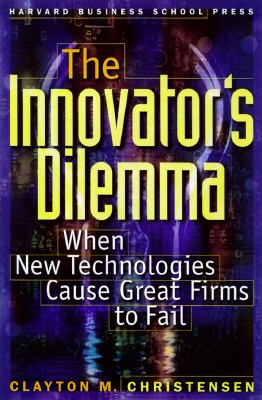 Let’s say you’re one of the strong leaders as per Good to Great, you’ve already passed the startup stage, and the business has matured. How can you make sure you don’t take a misstep in a rapidly changing world? How can you protect yourself from unexpected market tides, when guaranteed demand for some kind of product may start to wither – or eventually disappear completely? // A classic example of this is the thesis ‘men will always wear hats‘!

This is a very interesting book for those interested in working out how the world of business really ticks. A significant proportion of the book is all about how NOT to do business. Several examples are given of how old and stable companies gradually get squeezed out by young, dynamic companies to become mere niche players or to disappear altogether. These examples describe situations where leading companies seemingly do everything right: the latest technologies, products catering to all tastes, customers happy, investors happy, darlings of the press… but then – BOOM: the next thing they know they’re on the sidelines of evolution instead of being drivers of it.

What’s particularly interesting about this book is how it contains many true stories about different companies from completely different industries (examples: IT, metallurgy and machine building) – and they all turn out to be astonishingly similar!

A fascinating book: well worth a read. And engrossing too: some chapters read like a thriller! 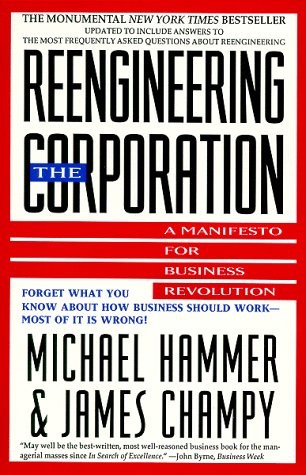 This book is particularly relevant when a business is still in is early stages: past startup, but not quite fully established and mature.

Here’s a typical story of the growth of a modern, large, well-known company: it starts out as a small family business, garage startup, or small company founded after breaking away from another. The business grows, the number of customers does too. Turnover gets measured at first in the thousands, then in the millions, then tens and then hundreds of millions, and maybe even billions. The company goes from unnoticed newbie, to a medium-sized player, to (if lucky/smart) a global multinational big gun.

Throughout the journey from small to big, structure, processes and habits appear. At first they work excellently; but they would: they’re the processes and technologies that made the company successful in the first place. But later on they start to play up, glitches occur, customers (even the most loyal) one by one get lost to the competition, and the company starts losing market share, sometimes even to the extent of bankruptcy. And there a great many stories just like this.

So what happens? What goes wrong? And who’s to blame and what needs doing to turn things round?

It’s those questions that get answered in this book. Actually, the “who’s to blame?” and “what to do?” questions are linked – for the answer to the first automatically gives the answer to the second; namely: the company needs to implement changes. Which specific ones and how to implement them – that depends on the particular business and the industry it’s in. But the changes are categorically mandatory; without them: stagnation and then oblivion.

Why Smart Executives Fail: And What You Can Learn from Their Mistakes, by Sydney Finkelstein 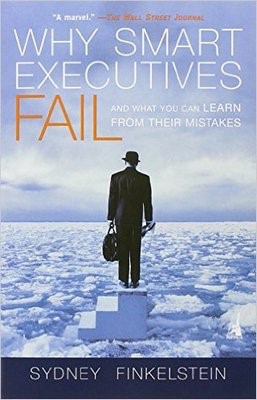 One thing that oddly fascinates folks is a catastrophe. Awful incidents… but it’s hard not to look. Well, the same goes for business catastrophes, which is what this book is about. Which is what makes this book rather appealing.

A must-read for any top manager, or any manager who wants to become one, or in fact anyone at all who is simply interested in company management.

Richard Branson. Screw It, Let’s Do It 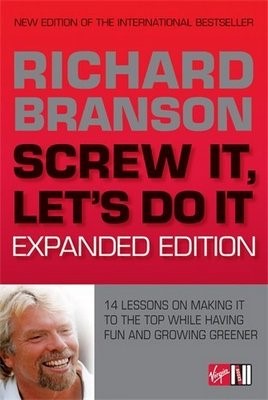 A list like this probably wouldn’t be complete without a book written by a successful business leader – for surely only they know business, inside and out and from every possible angle, better than anyone. So why not Richard Branson? Can’t get much more successful than him…

A very entertaining, insightful book about the work principles of Virgin, about successes and failures, unusual situations and business adventures and a lot more. It shows how a successful corporation or group of companies can be run effectively without micro control and constant meetings. Instead, picking the exact right managers is key, making up an effective team therefrom, and giving them the freedom to take decisions themselves – and take the responsibility for the results of their decisions. The book also states how money itself should not be the ultimate goal; it should come merely as a pleasant side-effect of good, interesting and fruitful work. These and other tips for doing business the ‘Branson way’ – all in this here short publication.

And that’s all for today folks. Five must-reads on business. A bit more detail on these, plus a few other business books – here.

PPS: What am I reading now? Guns, Germs, and Steel – for the second time. Detail on it – coming up shortly…