NB: With this post, about a place I visited before the lockdown, I want to bring you some positivism, beauty, and also reassurance that we’ll all get the chance to see great different places again. Meanwhile, I encourage you not to violate the stay-at-home regime. Instead, I hope you’re using this time for catching up on what you never seemed to find the time to do… ‘before’ :). 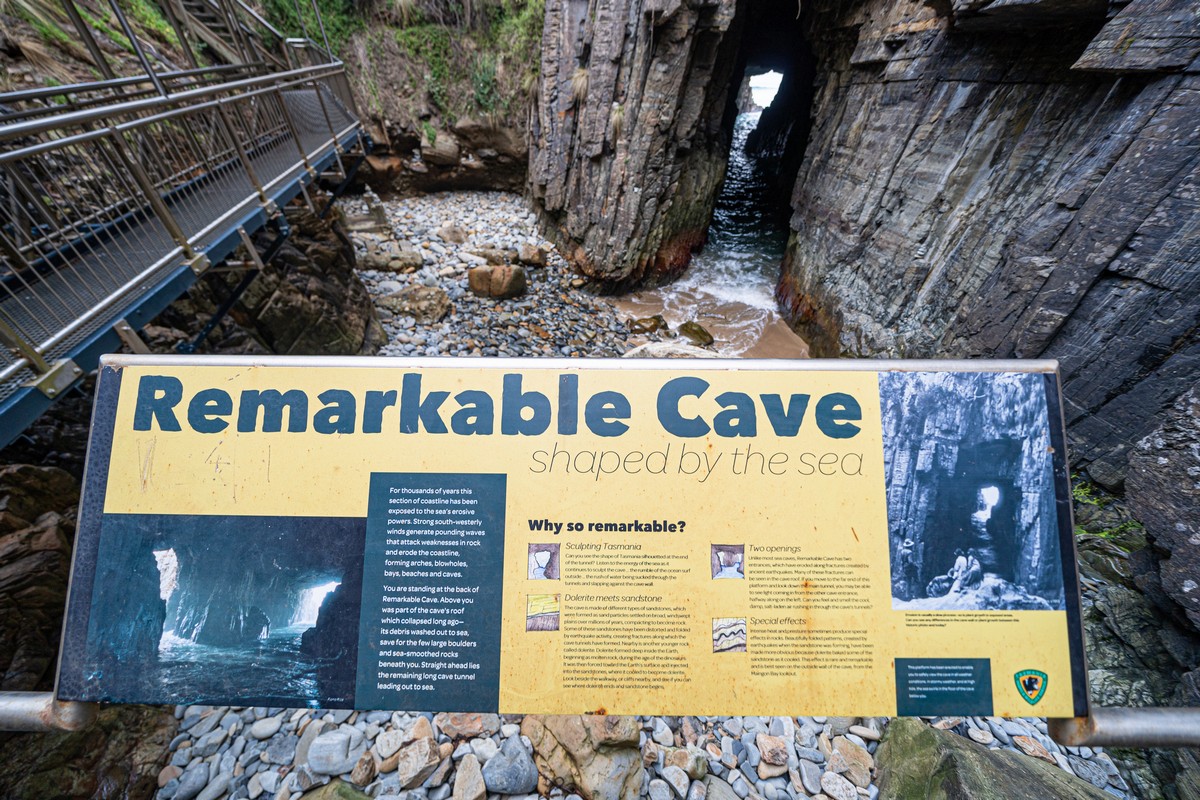 Indeed: remarkable. ‘The cave itself is a long tunnel eroded from the base of a collapsed gully’. Probably some 100 meters long. 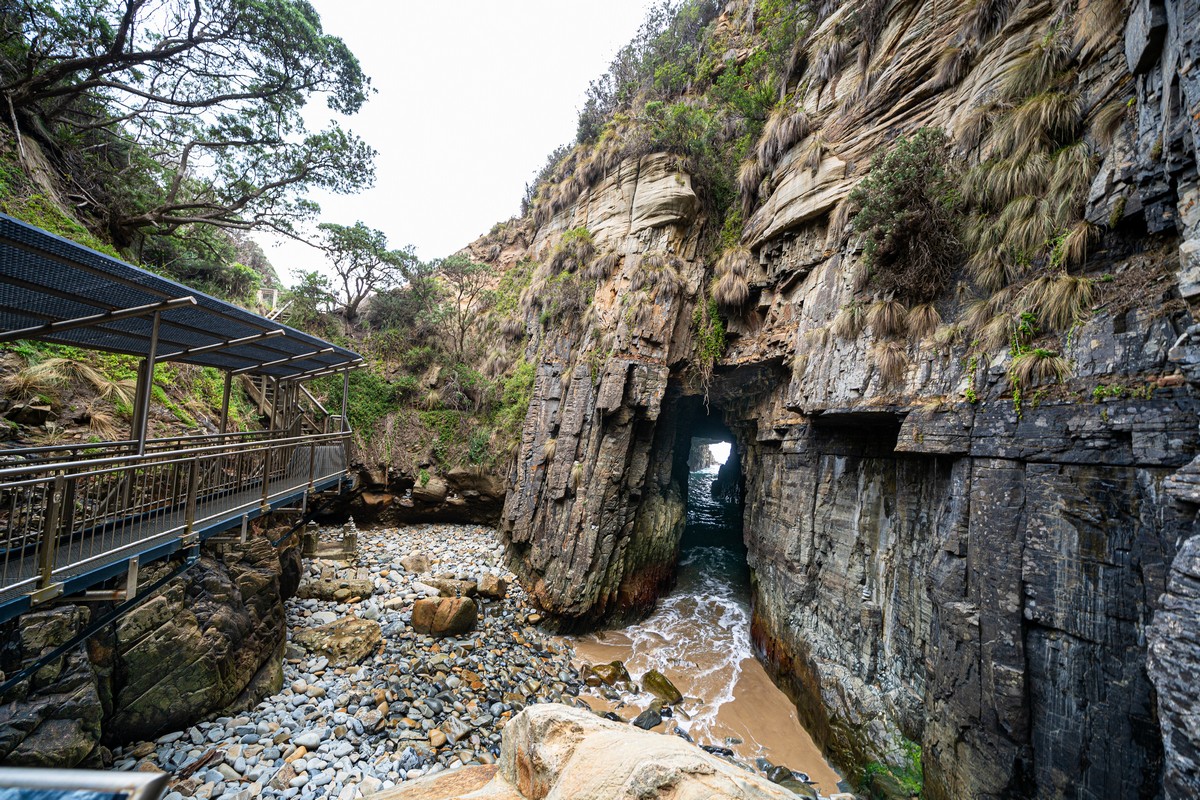 Just how does nature come up with an idea like this?!

Though truly remarkable, the parking lot was still mostly empty. So we took the spot nearest the cave…

Indeed, it seemed that corona’s effect was even being felt in the Tasmanian countryside. Note: this was well over a month ago. Another note: after this trip – soon to end – it was back home for us on what was probably one of the last flights before all the planes the world over were grounded. But I digress…

Next up for us, a tessellated pavement. No. The Tessellated Pavement! Gotta love Tasmanian plain speaking (and titling!). Here it is ->

Apparently, “The rock that comprises the Tessellated Pavement is mostly siltstone that formed in the Permian (about 300 million years ago), by sediments that accumulated on a relatively low-lying area. The sediments eventually got compacted and lithified to form the solid siltstone. Local stresses at the Earth’s surface then caused the siltstone to crack and fracture in certain directions; this is called jointing. There are three main sets of joints: east-northeast, north-northwest and north-northwest. The fact that they are mutually cross-cutting without off-setting each other is a key observation that tells you the joints formed at the same time. The way they crisscross each other is what creates the tiled-like appearance.”

…Or, put another way, if you can make out the words here -> 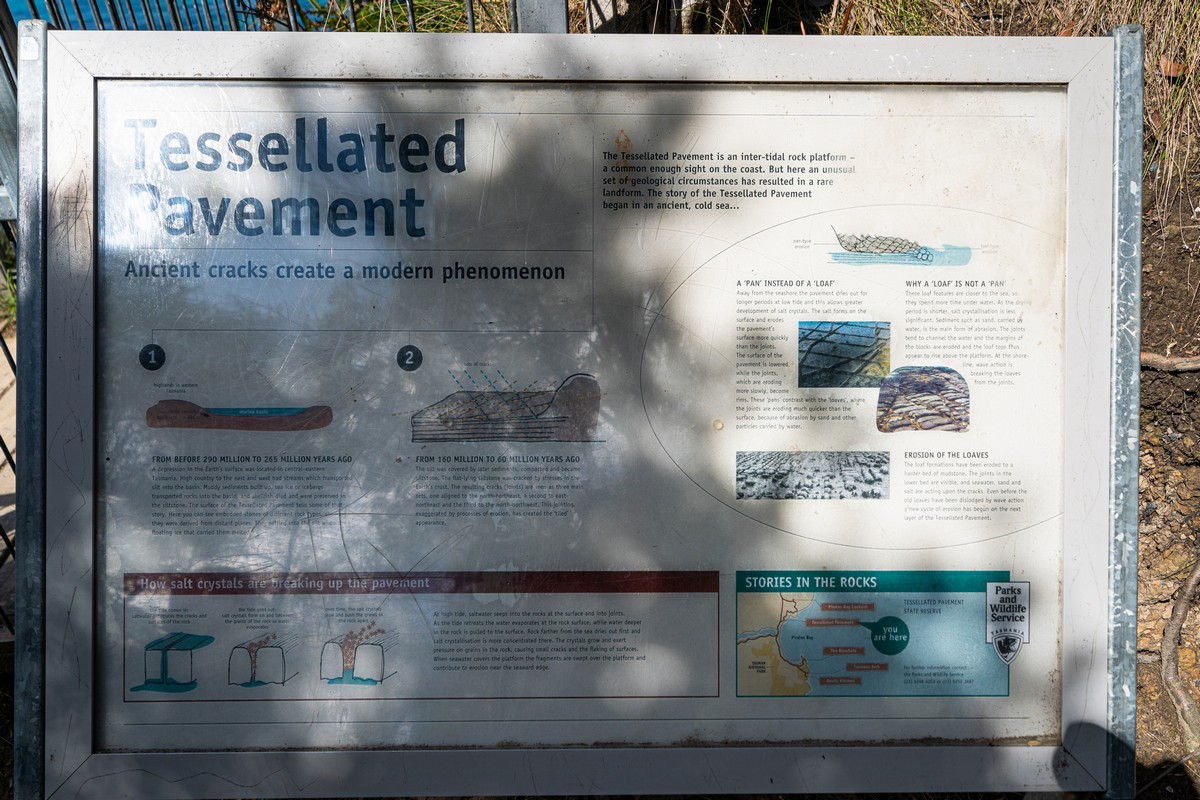 But the story doesn’t end there…

Relatively recently – just 6000 years ago – the ‘Pavement’ found itself in the intertidal zone. Seawater covers the rock, then recedes, and during the process of evaporation the salt crystals in the seawater that remains in the cracks start to enlarge, in turn enlarging the gaps between the ’tiles’. Btw: crystallization occurs also on the surface of these same tiles, gradually eating away at the rock. The further away from the sea – the larger these indented tiles become. While for the tiles nearer the sea it’s just the opposite – they’re clearly domed: water mixed with sand gets into the cracks and makes them deeper.

And it turns out this is a very rare natural phenomenon. It was the first time I’d seen it, though I’ve seen similar rock formations.

An amazing place – mandatorily must-see. But apparently tourists tend not to notice it and just drive past. Silly Billies! 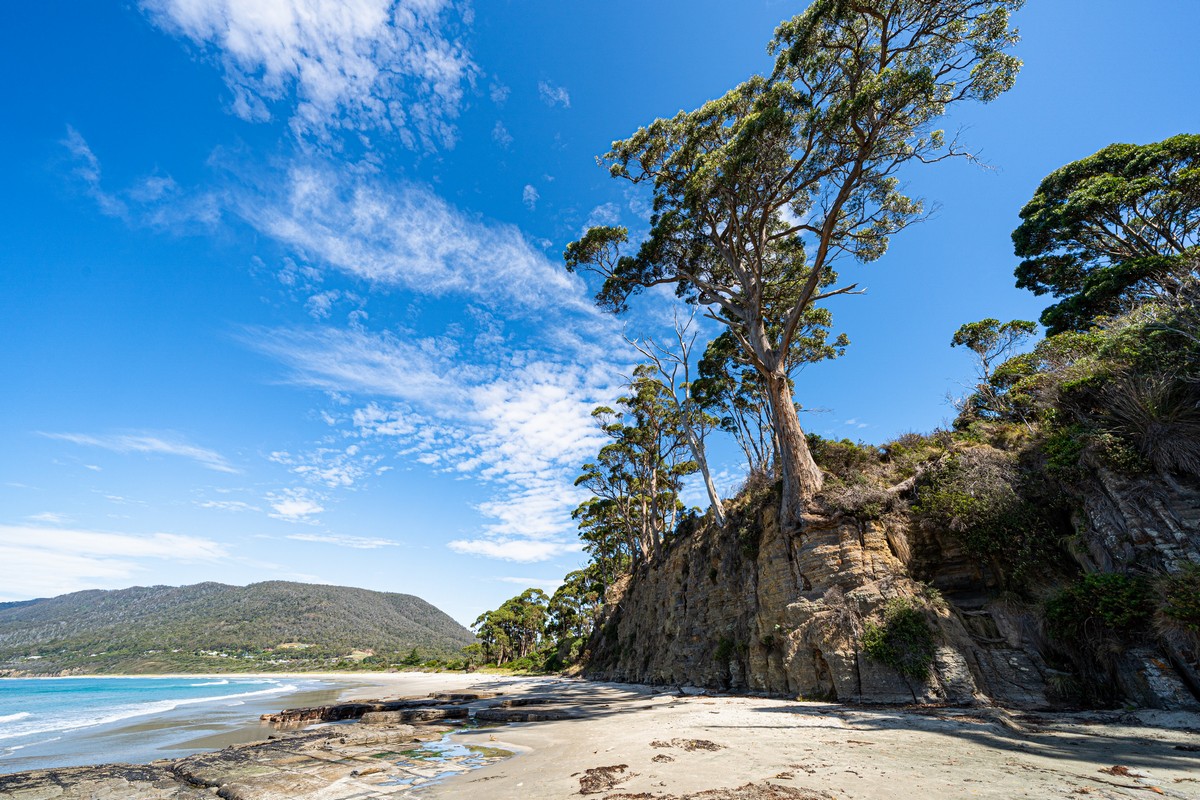