Hi everyone! Today I’ll be telling you about Giant’s Causeway. 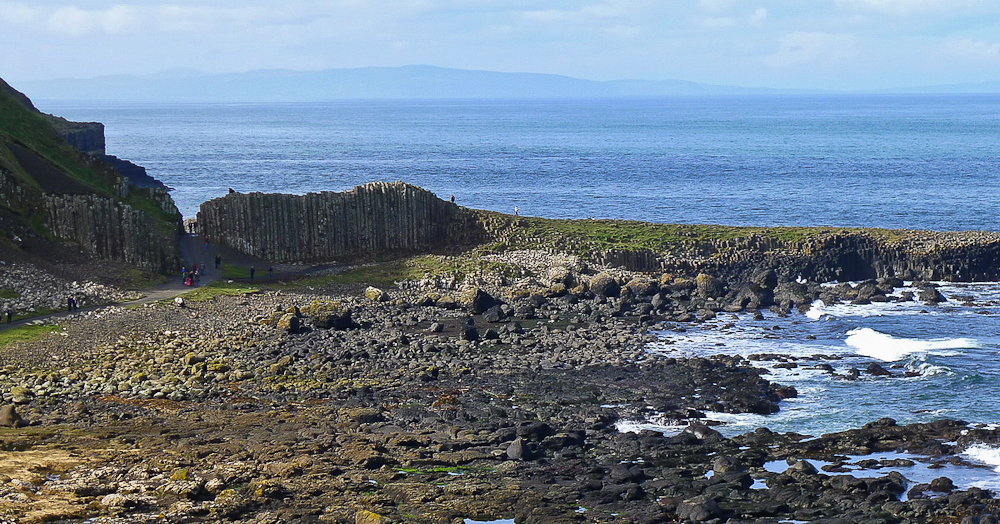 There’s a legend about this impressive rock formation off the coast of Northern Ireland not far from Bushmills (now there’s a familiar name!). It goes something like this:

Once upon a time there were two giants: one Irish – Finn McCool (I kid you not!), and one Scottish – Benandonner. They’d both heard of each other being all massive and powerful, and, as happens a lot in legends, they decided to try and prove themselves better than the other – in their case through a strength contest – giant arm wrestling or maybe shot-put, who knows?… Anyway, the twain had to meet for the contest to take place, whatever form it might take.

Now, Finn couldn’t swim. So to get over the sea to Scotland, he put his giant brain to good use to come up with the idea of collecting millions of huge long hexagon-profile columns of rock and tossing them into the sea to make a path atop a dam – a causeway – over to Scotland. Later, making his way along the causeway over to Scotland and his opponent, the Irish giant observed from afar just how huge the Scottish giant was, and ran back to Ireland in fright. Back home, Finn’s wife hid him in their baby’s cradle (baby was at grandma’s that day – lucky for some). When Benandonner turned up in search of Finn, she told him her husband wasn’t home, adding that there was only her and their infant in the house. The Scot stayed a while after being offered and accepting the inevitable cup of tea, and while chatting to Finn’s wife he went over to inspect their bairn. When Benandonner had a peek in the cradle, he too got the fright of his life, thinking to himself: “crikey – if Finn’s baby is this humungous, how big is Finn himself going to be?” and ran back across the causeway, in the process ruining it under his giant weight – leaving it in the state it’s in today, which now looks like this. What a mess that pesky Scottish giant made!

Incidentally, they say that from the Scottish side there’s also a similar rock formation, though it’s not quite as impressive as the Irish one. What more proof is needed to confirm that the causeway once existed (all intact), as of course must have those giants? Legends don’t lie, after all :)

By the way, there are similar rock formations, only smaller, in Kamchatka and on the Kuril Islands (both off the far-eastern coast of Russia). No photos of the Kurils I’m afraid – I haven’t been there – YET! 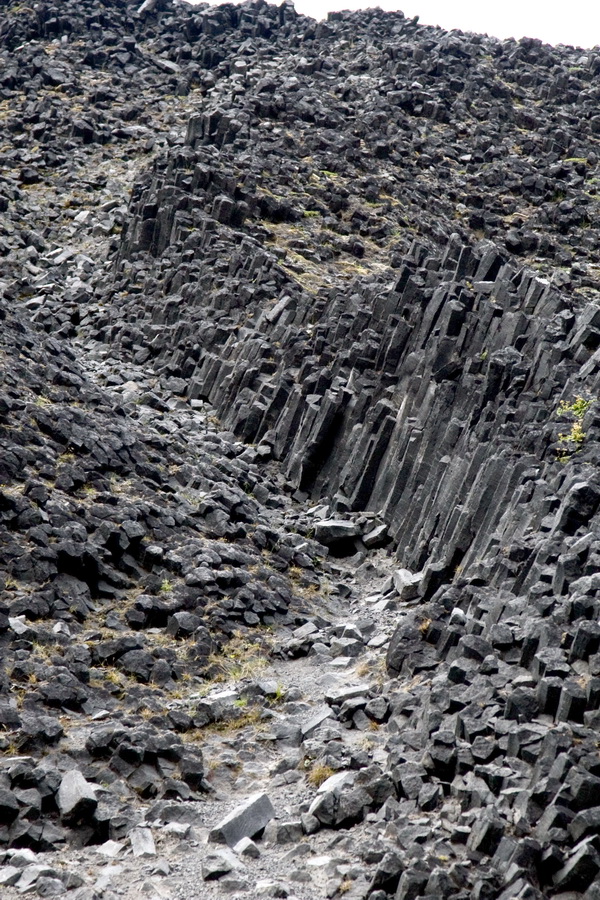 Well, I think that’s all for today…

The Irish folks around me are steadily getting more lively and noisy in the streets – getting ready to let rip tonight on the occasion of Ireland’s patron saint’s day – in other words, St. Patrick’s Day. I’m off to have a look and get involved, and have a Bushmills :)