Next Madagascan theme – a rocky one. Particularly – a tsingy one!…

Madagascan tsingy refers to the country’s rather unique rock formations that cover some 1500 square kilometers. And they look like this:

Quite how these unusual forms came about the internet gives various versions of, including one that claims they’re from acid rain caused by a volcanic eruption.

The internet also claims – incorrectly – that the tsingy is an exclusively Madagascan phenomenon. But I’ve seen a similar stone forest myself in China, in Shilin. And the granite formations in Seychelles also look much the same; however, here the material is sedimentary, not granite (or basalt, I get mixed up).

Curiously, if you type ‘tsingy’ into a search engine it will probably give you the Wikipedia page for the Tsingy de Bemaraha Strict Nature Reserve, in western Madagascar. However, there are several problems with this particular portion of tsingy: First, it’s reeeaaal tricky to get to – as the BBC link, above, explains. No roads to it; a full-on expedition is needed to get to it, including seven (7!) hours of off-road 4x4ing! In a word or two: no thanks. Second: winter here is rain season, so they simply close the national park. We tried to arrange a chopper excursion there, but to no avail. Apparently there is only one helicopter registered in the whole of the country, and it’s government owned. We could have brought our own helicopter – by boat! – from South Africa! But we thought we’d pass on that one ).

So, de Bemaraha (and the nearby Avenue of the Baobabs) out of the question, we opted instead for Ankarana Reserve in the north. It, too, was tricky in terms of getting to it – taking three to five hours of winding roads, which meant getting there and back in one day wasn’t possible. 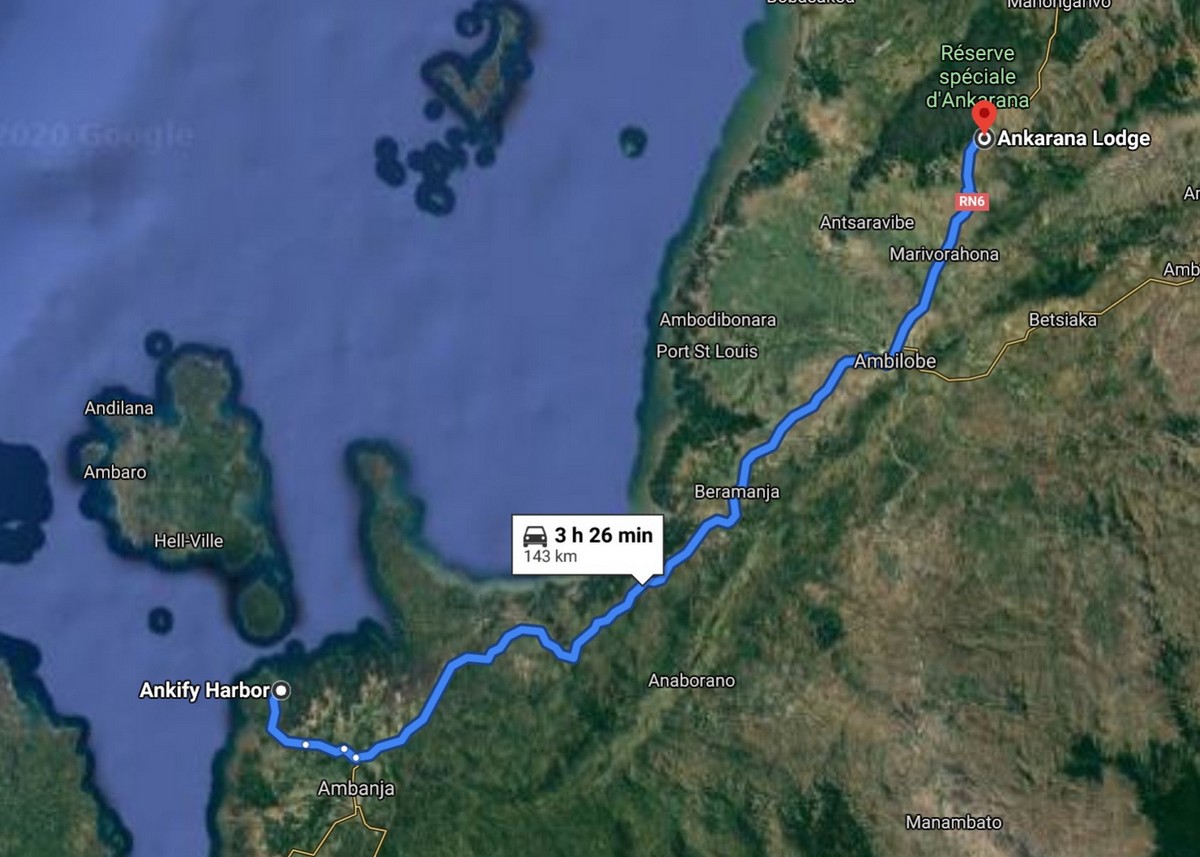 After having driven there, we spent the night in a local lodge. Then, early the next morning, we were up and straight to the ‘stone show’. Apparently there are caves and lakes nearby too, but the road thereto was closed due to the seasonal heavy rains (or there was no water there after the dry season).

And here we were – in among the rock. So much of it! And so many variations!…

That was that – at least for Ankarana. But there was more rock on the menu for this day…

Around 80 kilometers (two to three hours) to the north of Ankarana was our next rocky installment, Tsingy Rouge:

The red tsingy doesn’t cover a vast area like Ankarana: you can cover most of it in an hour on foot – but probably longer because you tend to make real slow progress as you keep stopping all the time to check out all the red loveliness.

But it’s not even rock. The constructions are made out of crumbly sandstone. Which made us question the ancientness of it all…

Turns out this isn’t a fully natural phenomenon; man had a hand in producing it. All this beauty came about as the result of mass deforestation of the jungle and the consequent catastrophic erosion. Btw: this ‘red stone forest’ is a mere 60-80 years old!

In years to come all this beauty will destroy itself, and disappear into the ocean. Shame.

The view from up above – magical!

More pics from Madagascar are here.