Today, a few words about Tibetan roads and what it’s like to drive on them.

The first thing I’ll say about them is that they’re of good quality. Mostly asphalted, in places concrete; main thing: no holes or cracks. The only problem: for some reason, whenever a road crosses a bridge – any bridge at all, be it over a river, a stream or even just some water pipes – there are always installed some speed bumps. And since there are a lot of bridges, you’re having to slow down to go over these speed bumps all too often. I’m all for safer – slower – driving, but out in the middle of nowhere? After a while we got used to them: before taking our next photo-masterpiece we’d look up ahead to check there were no upcoming bridges.

Apart from those pesky sleeping policemen, however – the road situation in the country: excellent; and that goes for minor roads as well as highways – even real remote minor roads 5000 meters above sea level well away from civilization.

Here’s the highway that runs from Lhasa to western Tibet: 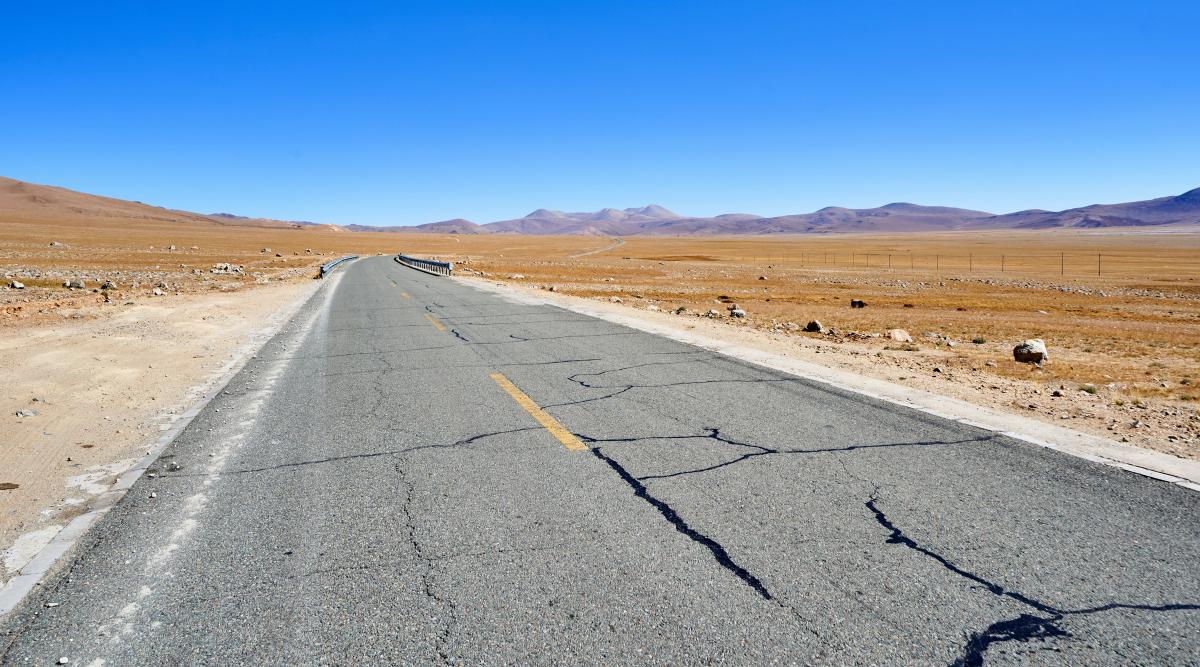 And here’s a non-highway road (between Yamdrok Lake and Karola Glacier): 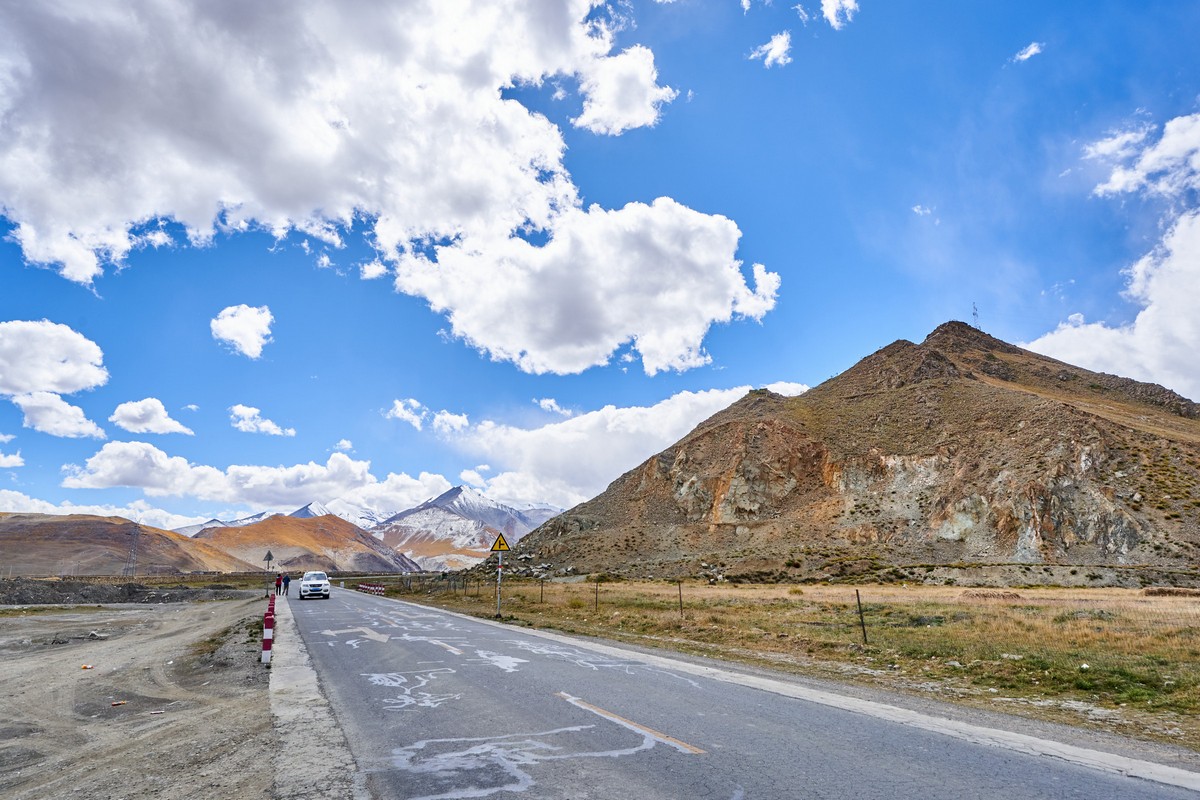 See, not all that much between them…

Fresh asphalt on a minor road: 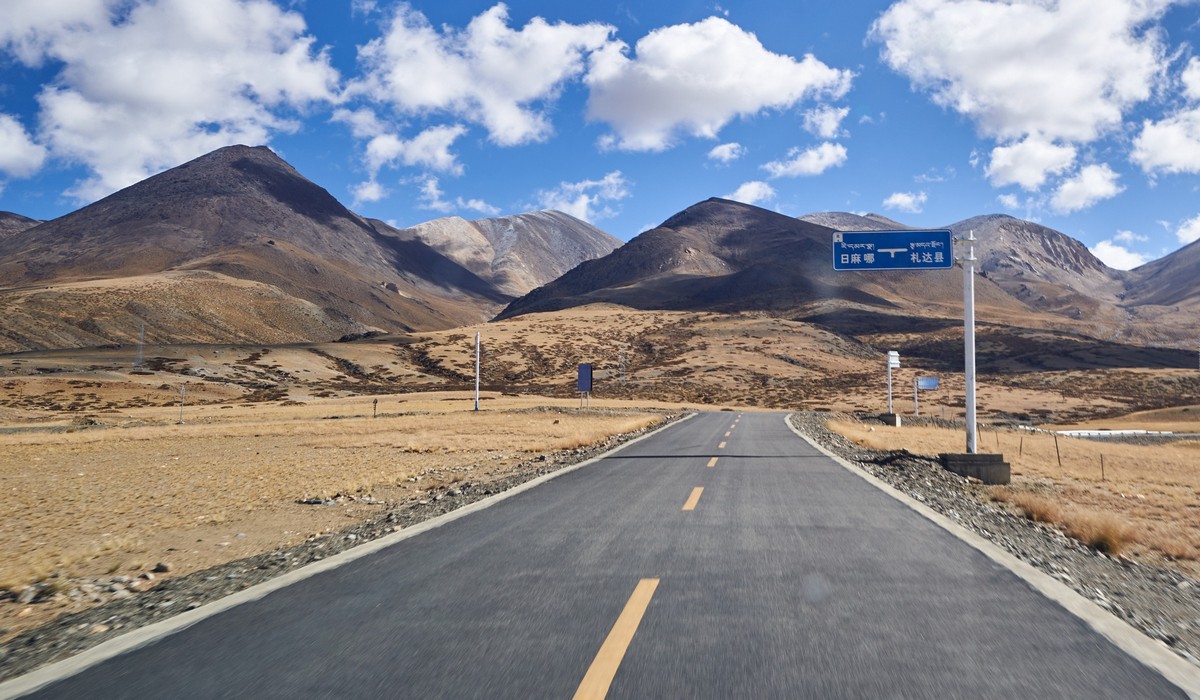 The hairpin bends sometimes get snake-like: 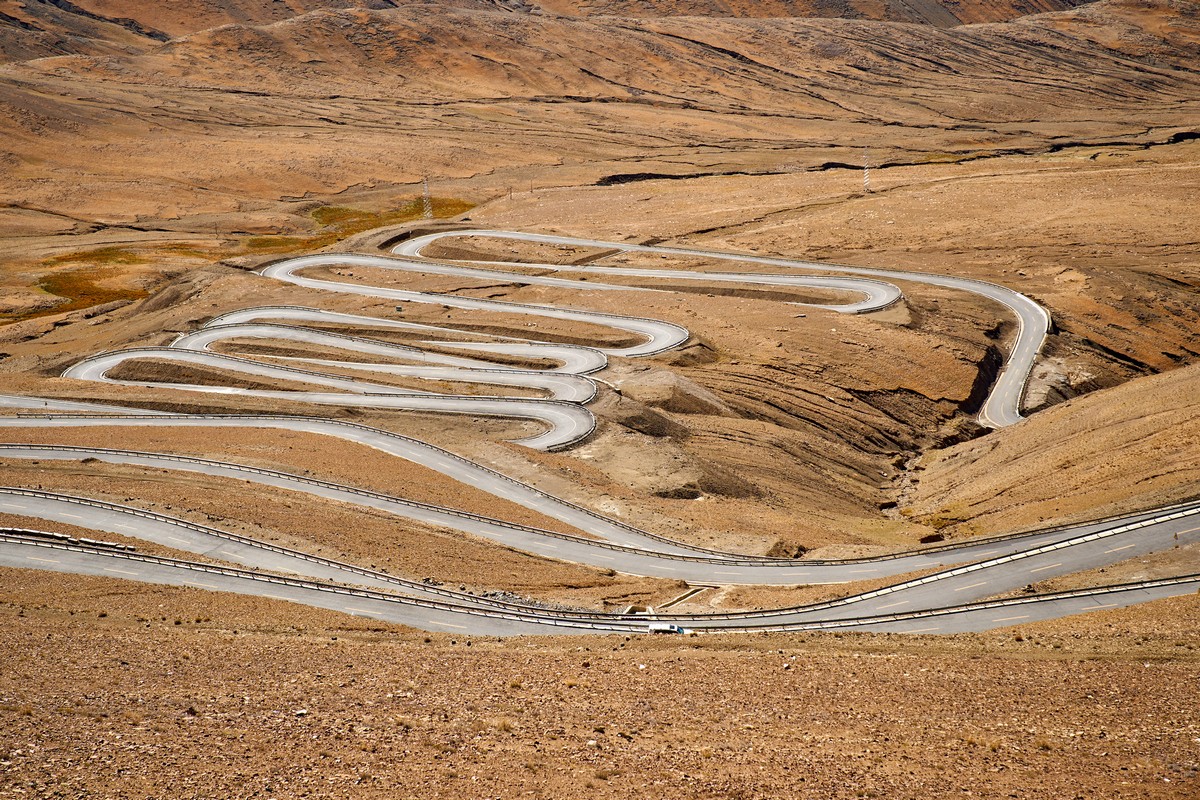 At the highest points of mountain passes often there are gates such as this one, plus Buddhist flags:

Also often – OMG views such as these: 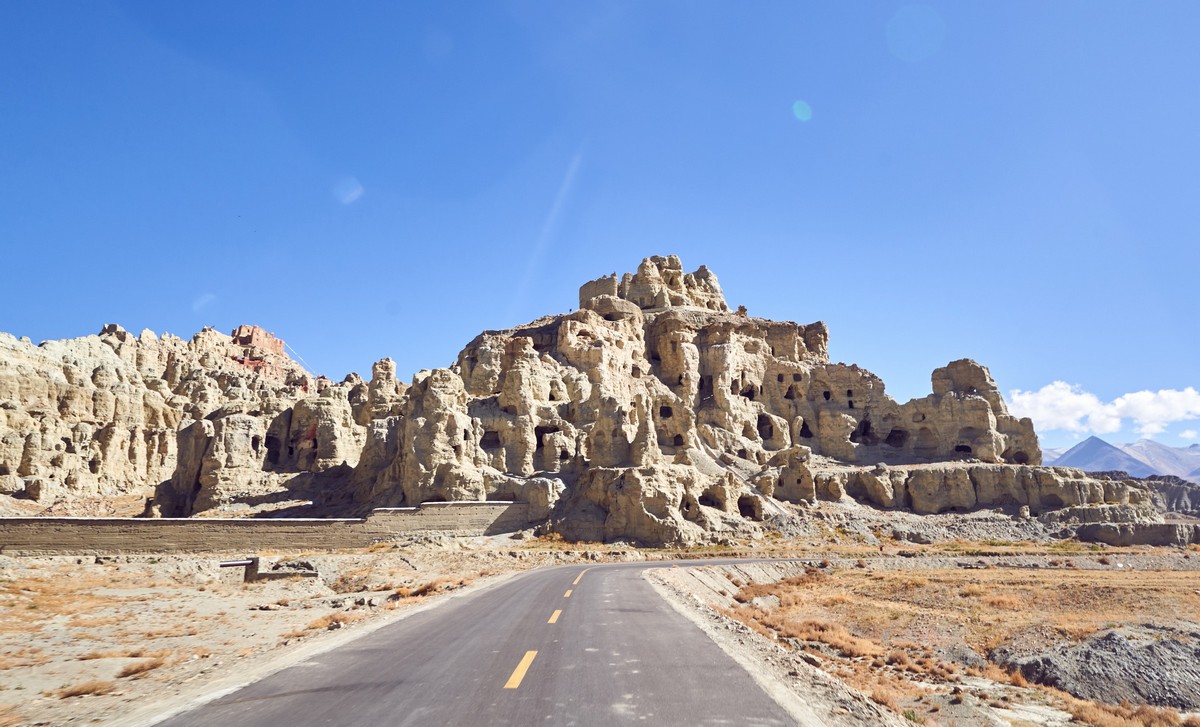 Sometimes, when not on a highway, you can be trundling along when, suddenly… The road just stops and you have to take a turn and through a village’s side streets!

Thankfully, there isn’t much traffic, because when you do encounter some coming the other way it can get very tight! 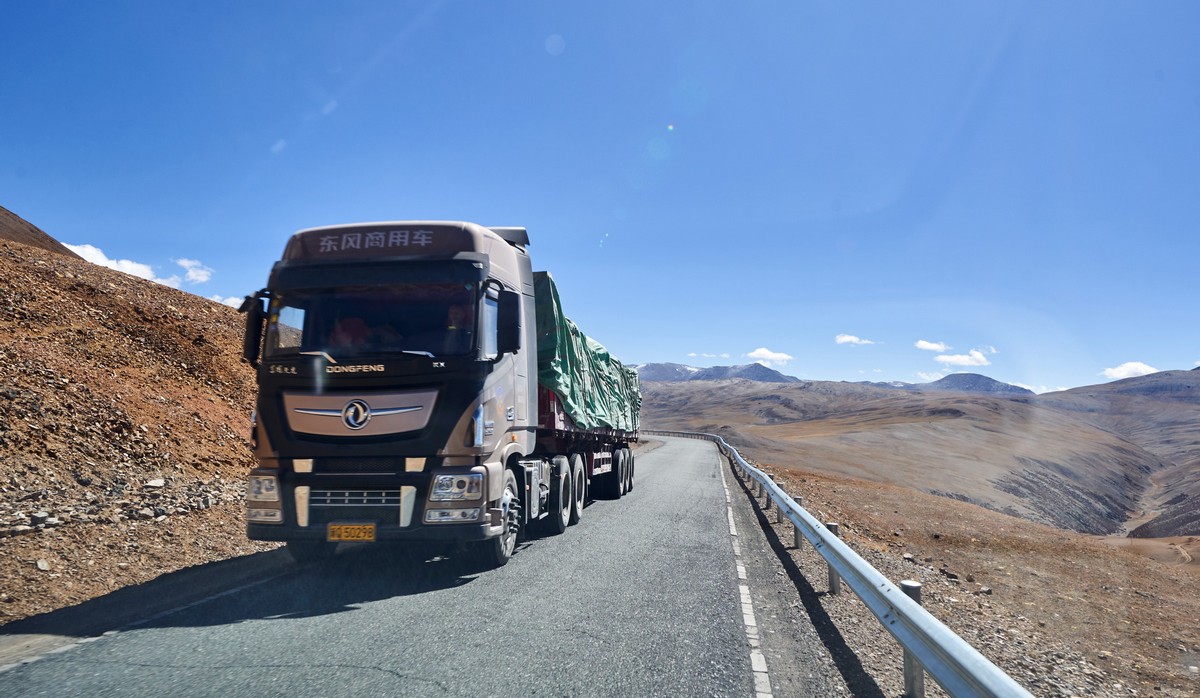 Every now and then – fake police cars to make sure you keep to the speed limit! 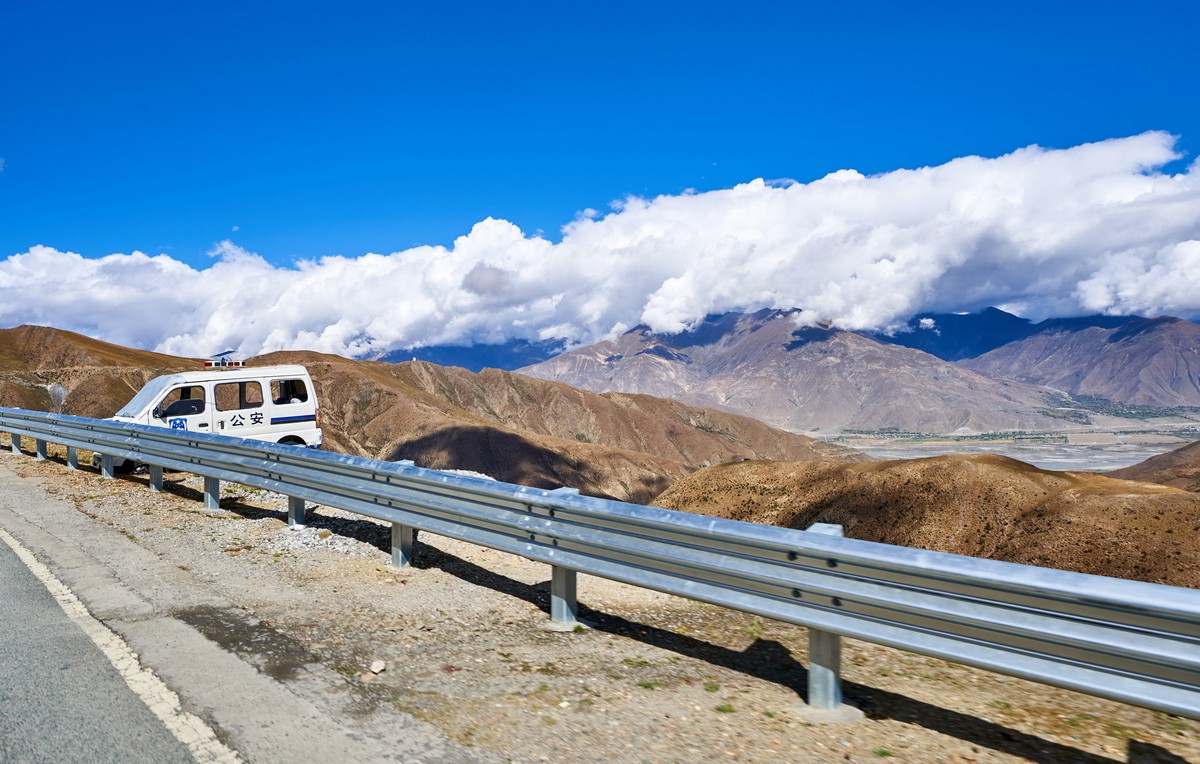 We passed this here tractor and cart a full four times. Fast tractors round here ). No, it was because we kept stopping for walkies and photography. 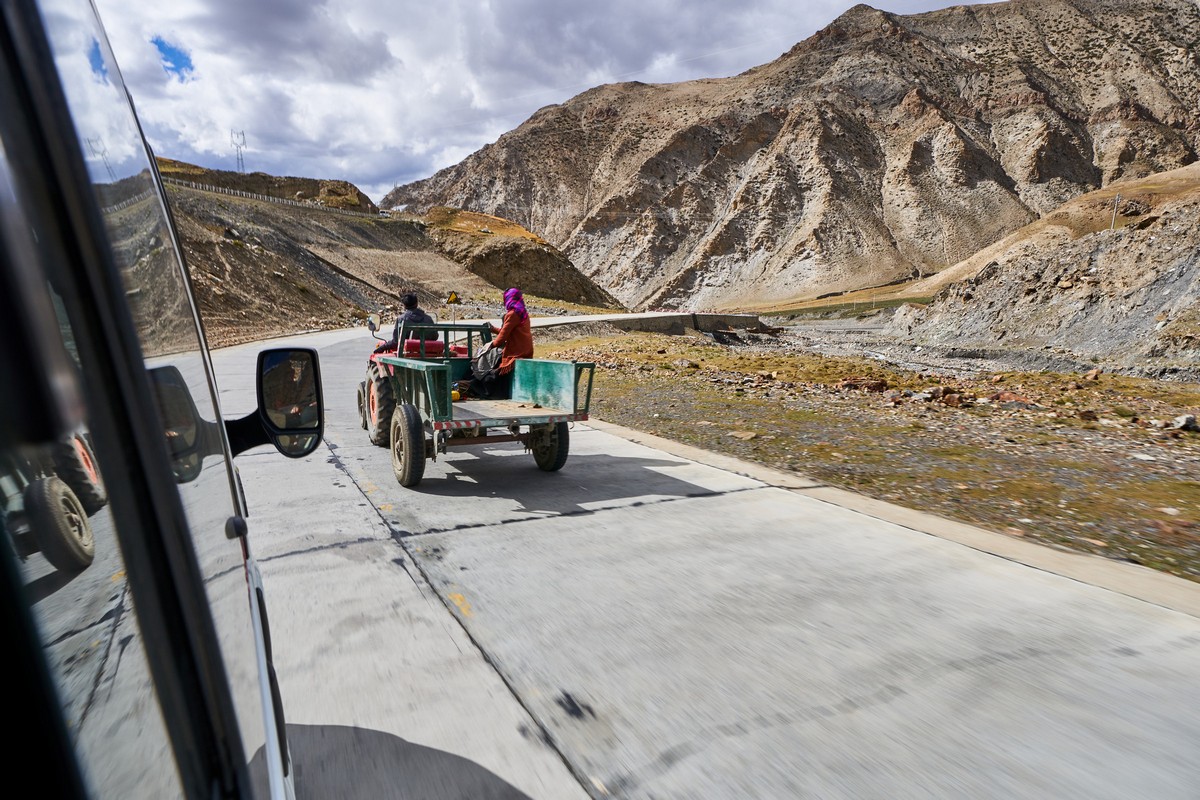 Now, as always, a small dose of the negative to offset just a touch all the positive…

And the negative is: how they drive here! You think it’s bad in… Italy, Russia? No! It’s much worse here! As if they’re not behind the wheel of a car but on a donkey in a village. They literally drive all over the place, where they want, when they want – all the while papping their horns! I mean – I’ve been to India so I know terrible driving. Well here it’s just the same.

But the overtaking… over-takes the biscuit! I noticed this while on the train to Lhasa: a highway ran along the side of the tracks in parallel. A car decided to overtake a truck despite the fact that there was a car coming the other way! And it’s not like there’s a shoulder to snick into. You turn a little to the right and you’re into the crash barriers or a ditch.

It turned out such dangerous overtaking is the norm here. They overtake as if oncoming traffic is invisible. I wonder why it’s so? Rather, what is the point?

We suffered a logical consequence of such idiotic driving: a bump.

In the diagram below, we’re the vehicle on the left. Coming toward us is a slow-moving vehicle with its hazard lights on. There are three vehicles behind it. It’s a bright, clear day…

The vehicle behind Mr. Hazard Lights decided to overtake, as if we weren’t there. Our driver hits the horn, the over-taker moves back in behind the Duke of Hazard. But then the car behind it tries to overtake! You couldn’t make it up!

We’re fairly blaring the horn constantly now. Overtaker No. 2 gets back in his own lane in time to just miss us, but in doing so rear-ends overtaker No. 1. To be frank, in French: FFS! But wait – no, really: there is more. Remember there is oncoming vehicle No. 3! Have a guess what it does upon seeing all that in the road ahead of him?

Correct! He overtakes – right in front of us. And since cars don’t fly just yet in 2019, we collide slightly: a side window is ripped out, the side panels are scratched to buggery… and the bonus? He rams into the back of over-taker No. 2. I am NOT MAKING THIS UP, FOLKS!!!

Someone’s arm got broken in all this too. It could have been a lot worse, of course. Again: my question: why? How so? What for? To what aim? I wondered: do they need to pass driving tests here?…

Wait! There actually is yet more. While we were sorting the aftermath of the multiple car crash, another car comes along – visibility, remember – 100% for kilometers – and shunts into the back of our van!! 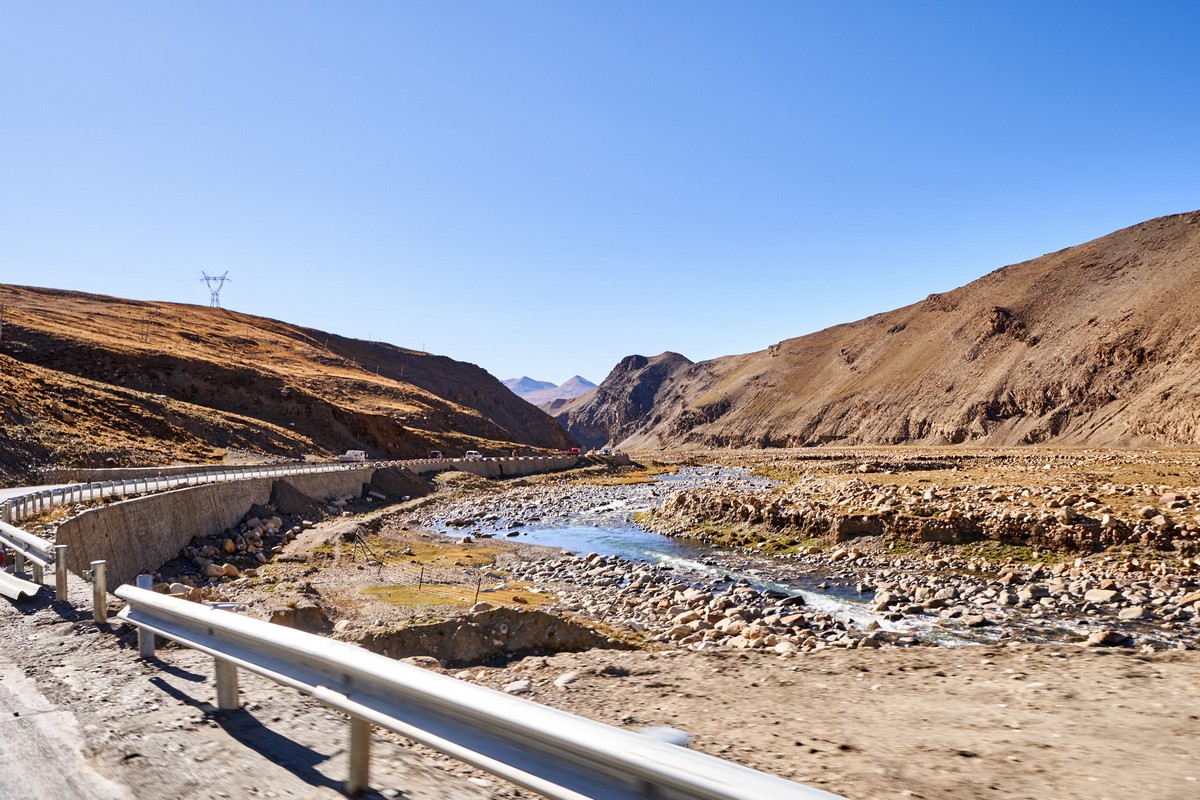 Our driver, unlike all other drivers on the roads that day, drove carefully, observing the rules, indicating, taking no utterly cretinous chances. And look what he got in return!

Another peculiarity in Tibet when traveling by road – the constant checkpoints and document-checking. On the first two days, between Lhasa and Everest, each day we were stopped a full ~10 times! Still, the checks were very quick. Our guide-driver had all the necessary permits (needed by foreigners, but also by nationals from other parts of China). He’d go off with a guard, and be back a minute later. A few times we had to go with him to show our faces. Such are the day-to-day realities of Tibetan road-tripping.

Btw, for some reason, in Tibet our VPN didn’t work. We could connect to the server in our Beijing office, but not our main one in Moscow. I wonder, was that an ‘echo’ of the limitations because of the 70th China anniversary, or is it always like that in Tibet? Our VPN in other places in China worked fine…

Last on the list of negatives – the unexplainable speed limits on roads in the middle of nowhere. Sometimes even down to 30 km/h! Again – why? Another Tibetan mystery ). 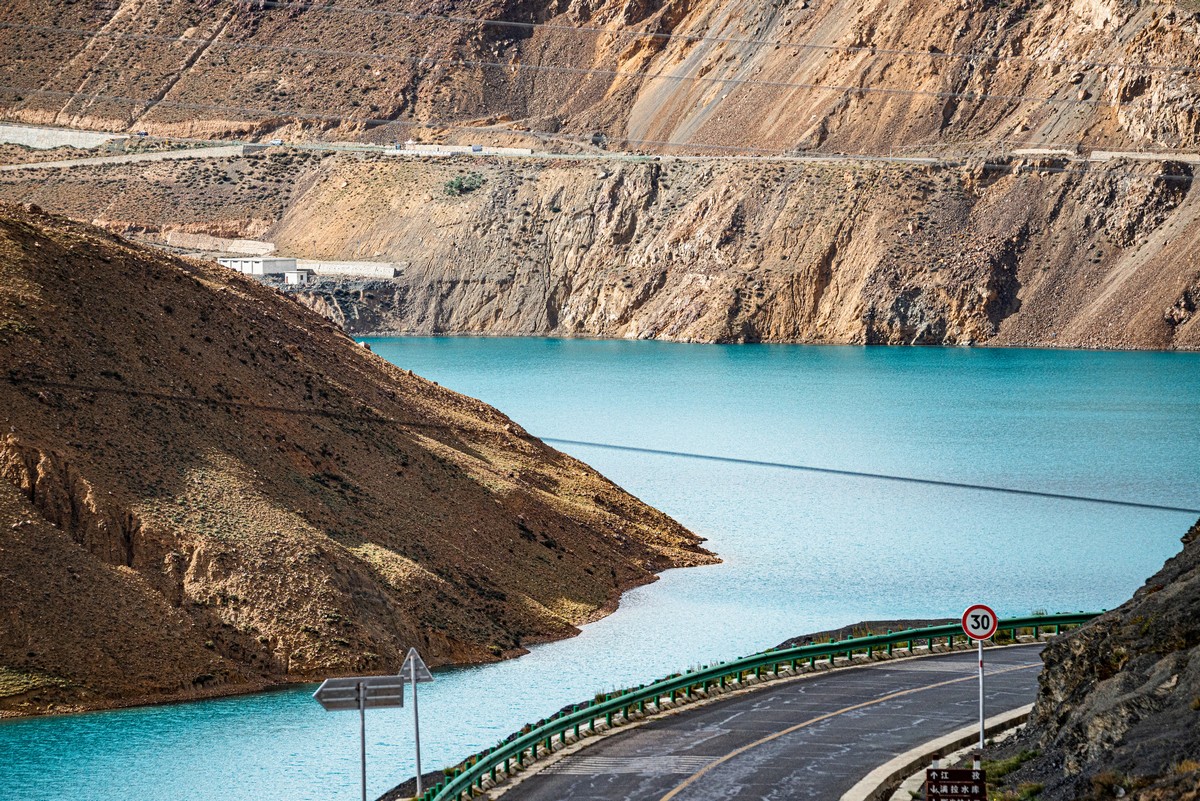 Despite my gripes, on the whole a Tibetan road trip is overwhelmingly positive. Good roads, amazing scenery, unusual… specifics. You just have to not concentrate on the few downsides ).

The rest of the pics from Tibet are here.