Farewell Gobi. Time for us to wrap up Mongolia – so we headed to its capital…

The whole population of Mongolia clocks in at around three million folks. Around half of those all live in the capital – Ulaanbaatar – which means, incidentally, ‘Red Hero’. Yes, a big city it is, and there’s plenty to see here too. We started, perhaps logically, with a Buddhist temple of worship – the Gandantegchinlen Monastery. 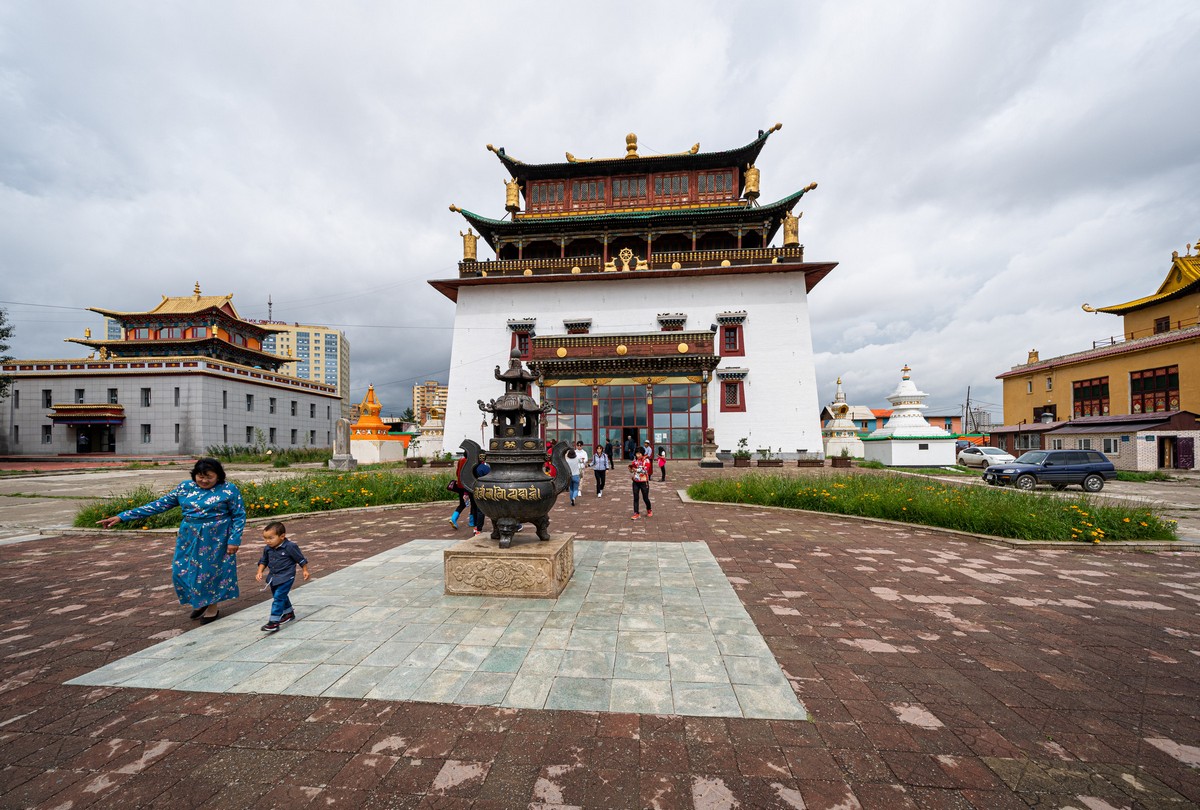 And a beautiful monastery it is too – perfect for a morning stroll after a night flight. Calm, quiet, soothing, spiritual ). 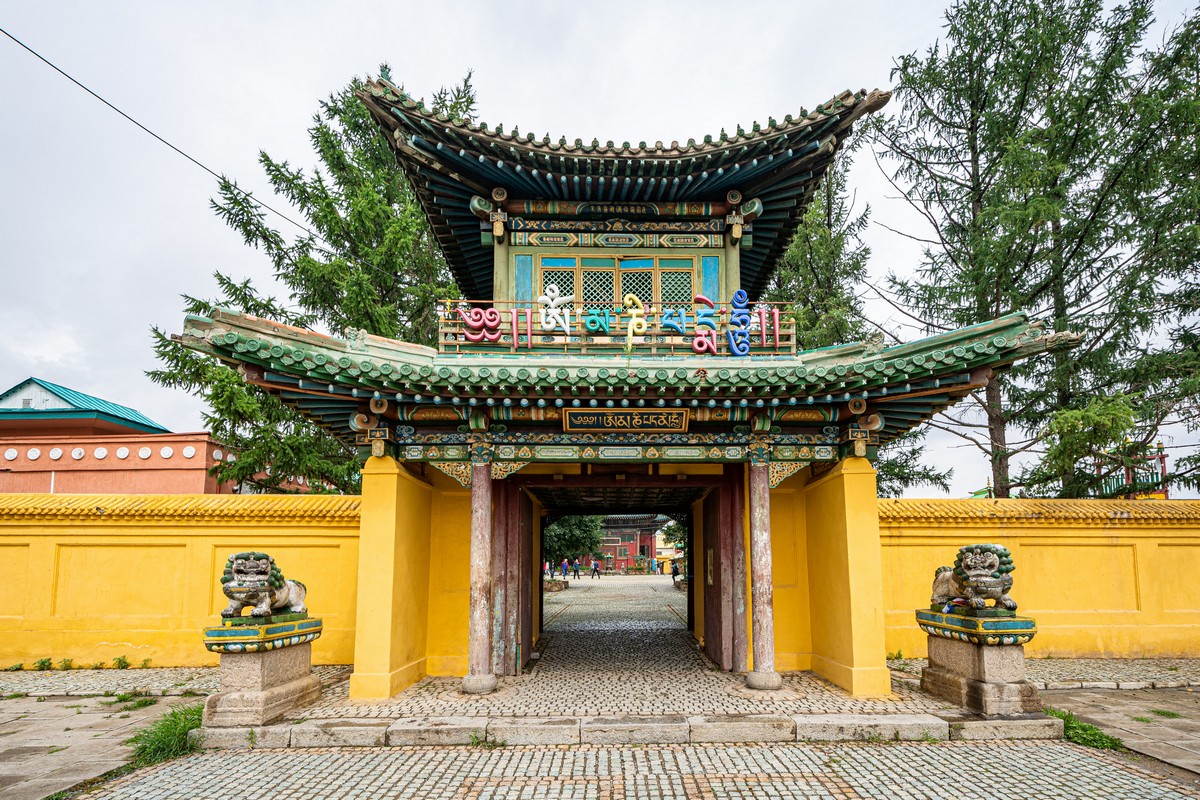 The lions protecting the entrance reminded me of similar lions at Ivolginsky Datsan in Buryatia, which I visited in March of this year.

The inevitable statue of Buddha… Wait – no! That’s not Buddha! Way to slim, and way too female! Indeed, that is the Bodhisattva Avalokiteśvara, who embodies the compassion of all Buddhas.

We didn’t hang around in the monastery though – we wanted to see as much as poss. Accordingly, next up: dinosaur museum. All ‘locally sourced’, genuine, organic ). Gobi dinosaurs – oh yes. 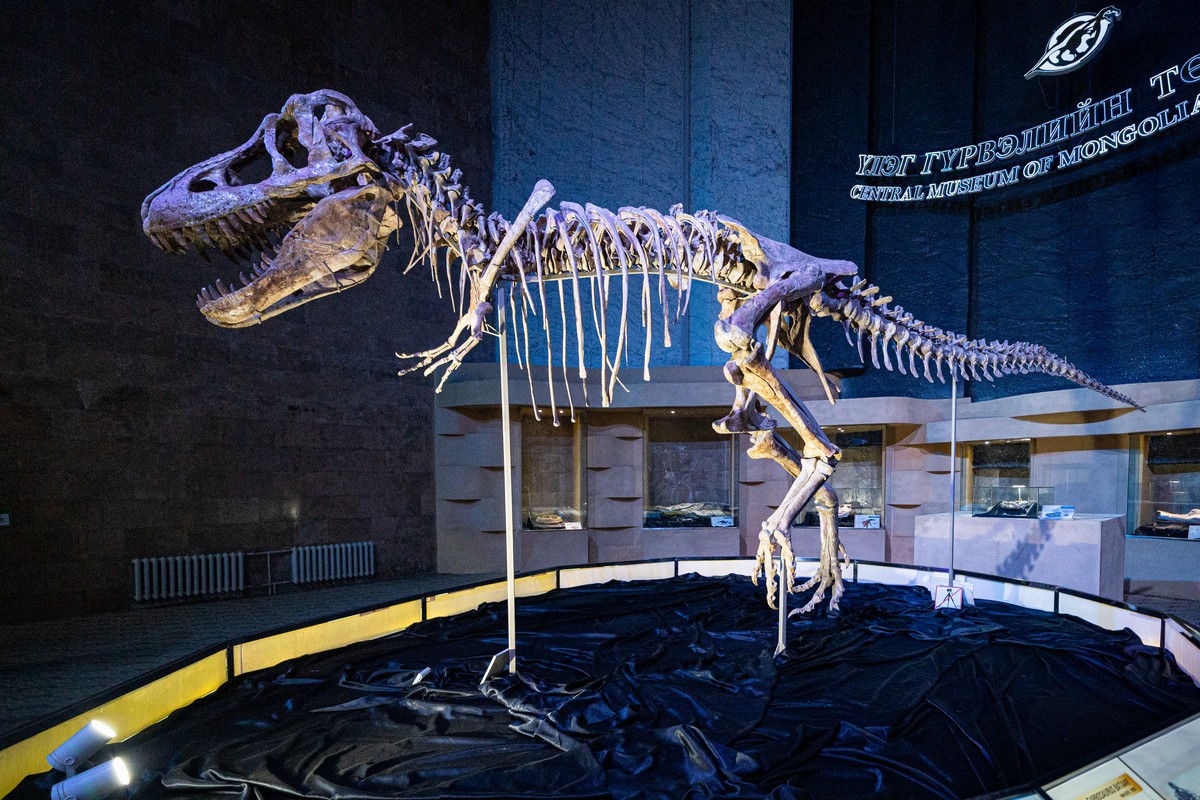 Apparently that there is a teenaged dinosaur. However, the remarkable thing about it is that practically all its fossilized bones were found. Remarkably well preserved they all are too. Another remarkable fact: this skeleton was once smuggled to America, where it was sold at auction! However, later, Mongolia managed to get it returned to its rightful place – here, near to where it was found. And here it is – with all its teeth smiling for all the visitors ). 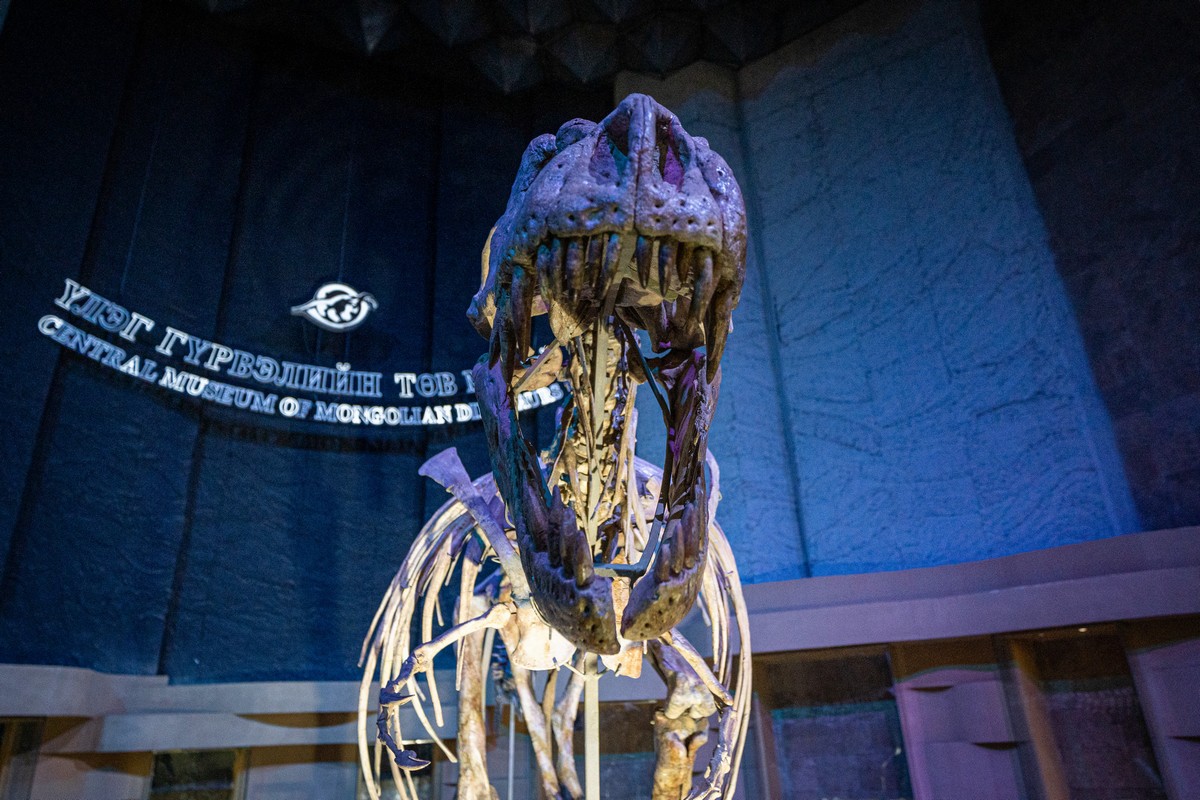 Here are a couple of baby dinosaurs that look like they were overwhelmed while in their nest. So, dinosaurs didn’t just lay eggs as turtles do, they also fed their little ones, just as birds do? I’m no paleontologist, but I do like to fantasize ). 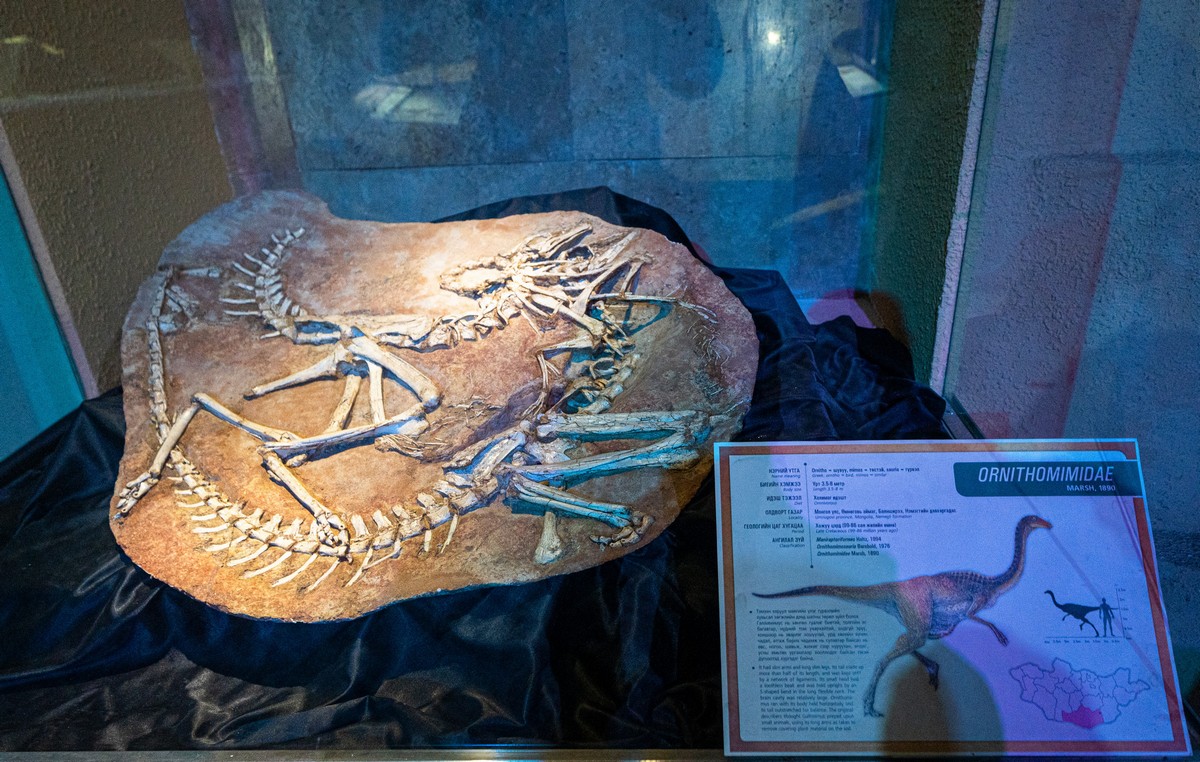 Dinosaur eggs! Actually, the first dinosaur egg fossils ever to be found were those found here in the Gobi Desert. 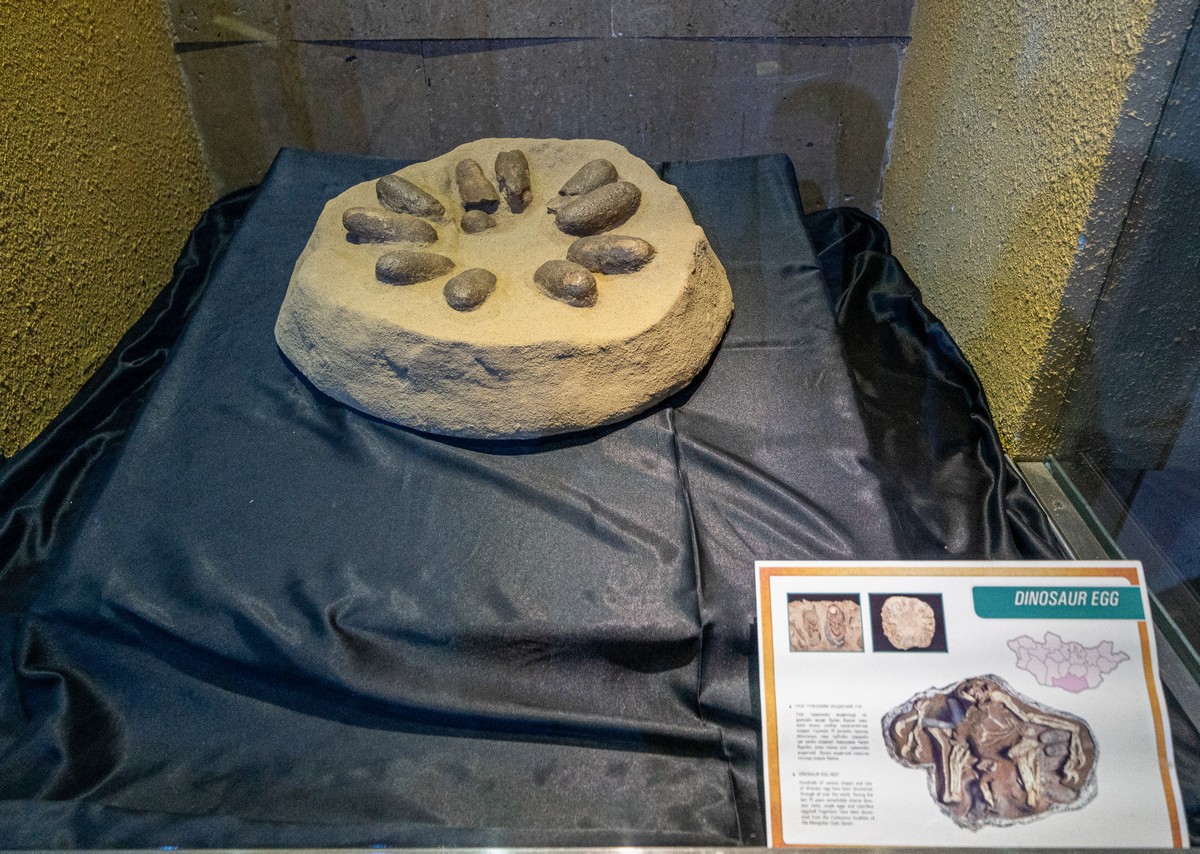 I wonder – can the species of dinosaur be determined by the eggs?

More of my wonderings during my wanderings here: What might have happened had the dinosaurs not politely all died out 65+ million years ago? Let’s not forget that all mammals were subject to a fierce genocide perpetrated by the dinosaurs back then. If they hadn’t become extinct – I very much doubt I’d be here writing this blogpost, and you wouldn’t be reading it on the internet…

Just look at these beauties. I wonder what they really looked like – not just our best guesses based on reconstructions on half a jawbone.

That may look like the Russian language there. It’s actually Mongolian – also Cyrillic. 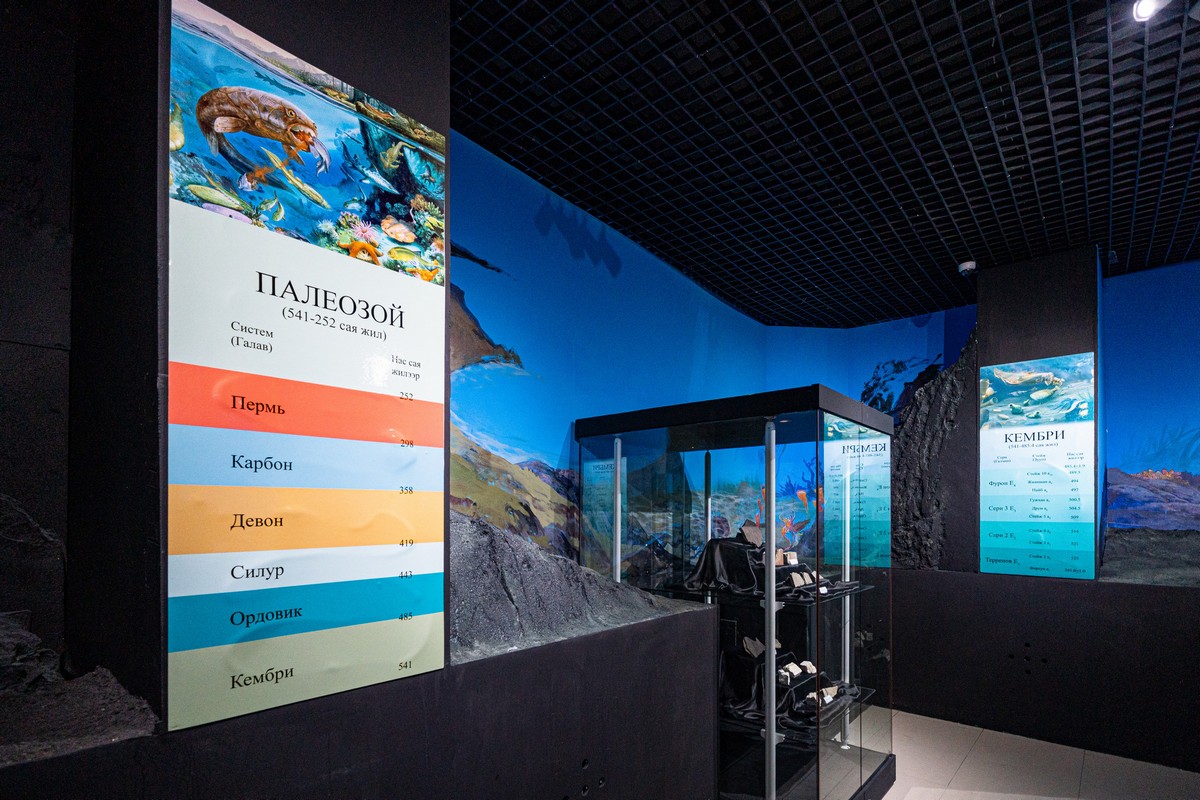 Now – time for our traditional walkabout…

As always, we had little time. A quick march across the city’s main square – named after the country’s national hero, Damdin Sükhbaatar

Very much a mix of architectural styles – old neoclassicism right next to modern office blocks:

This isn’t part of that mix of different styles; this is a school fair in anticipation of the new academic year:

I have to tell you about the downsides I witnessed, as I always do when visiting some new place. The main one here – the traffic. It’s what you get when you have a city with 1,400,000 folks living in it, with no metro: gridlock for most of the day. Grrr. 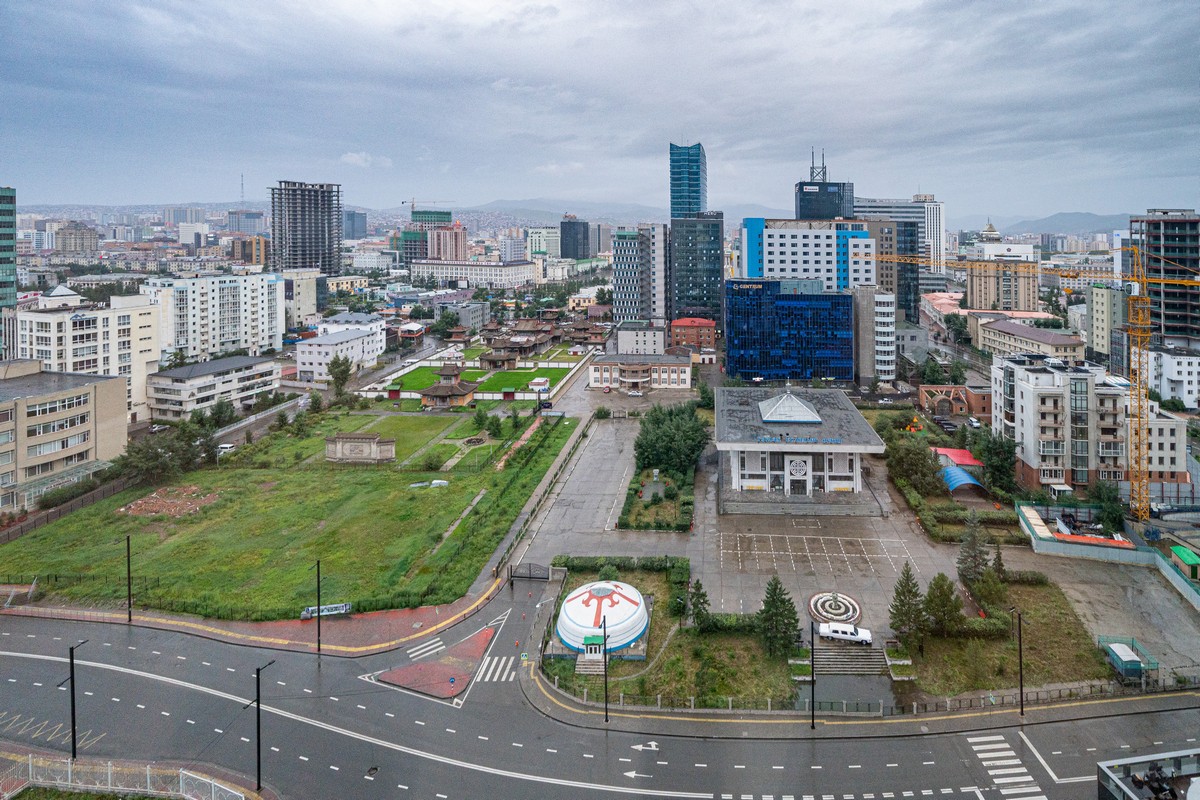 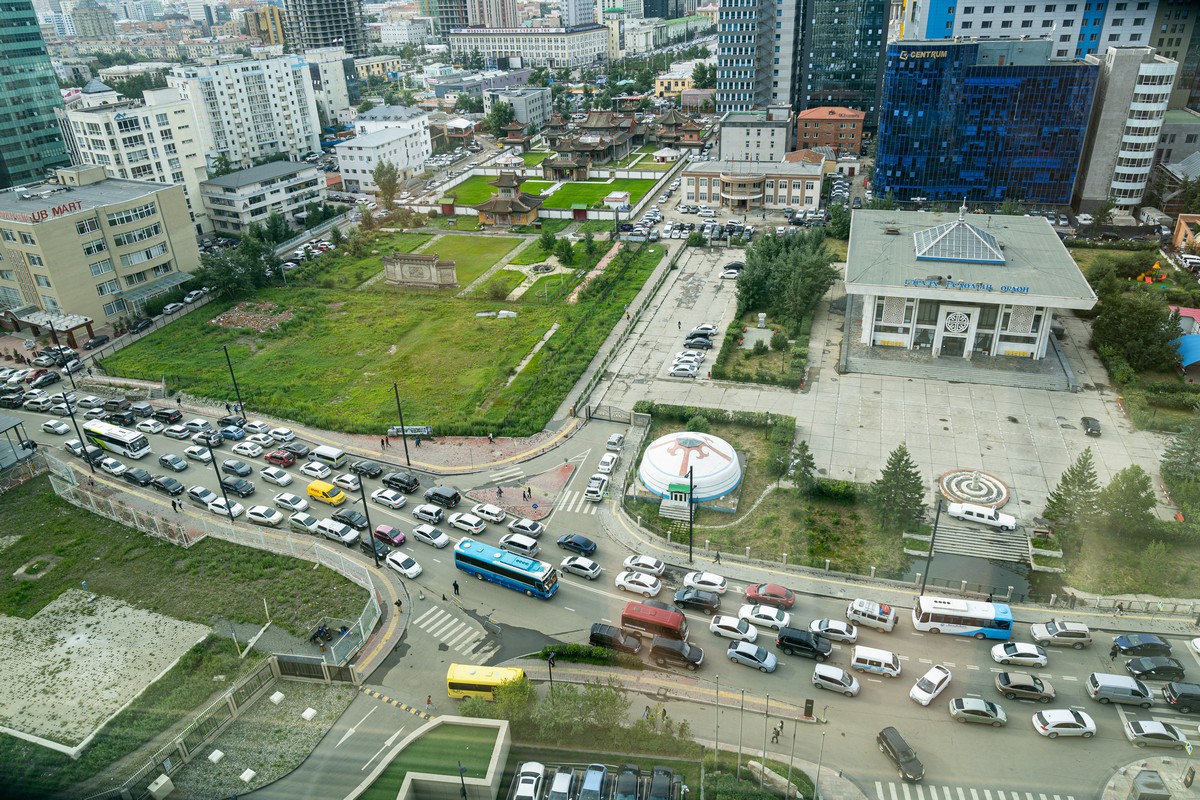 Often it’s quicker getting around on foot than in a car. 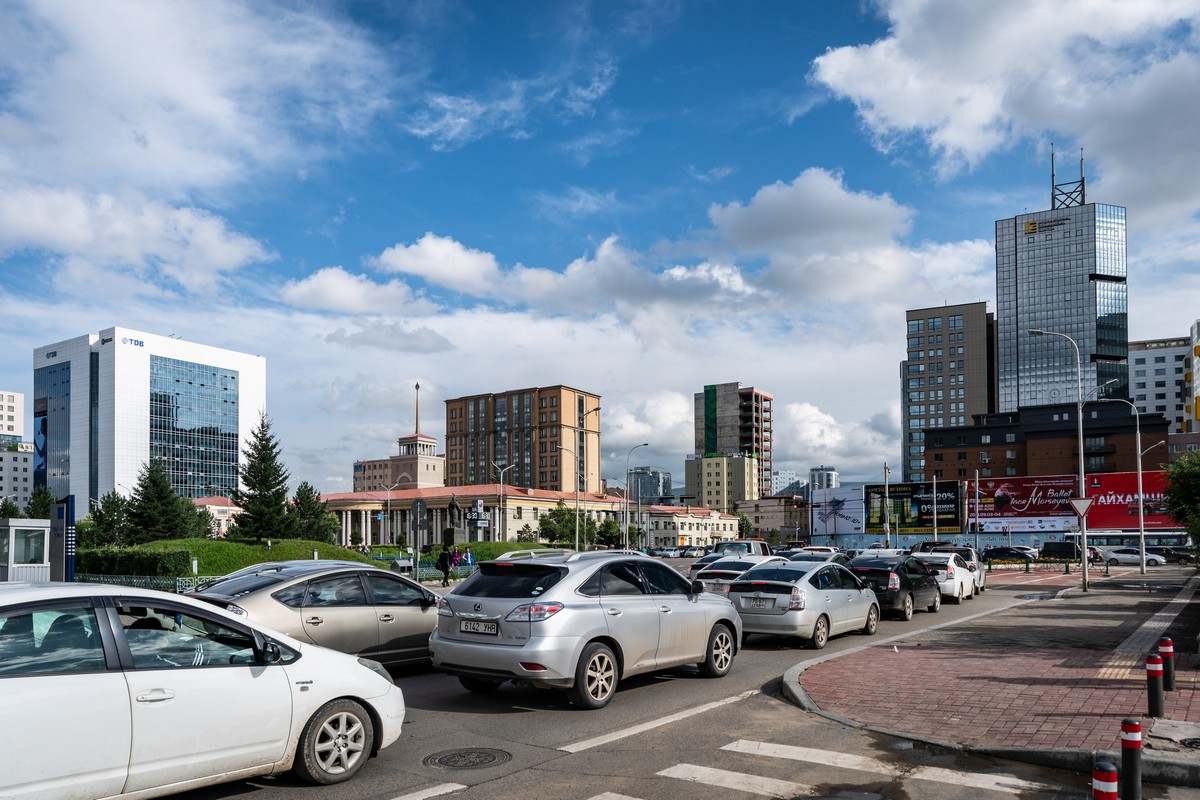 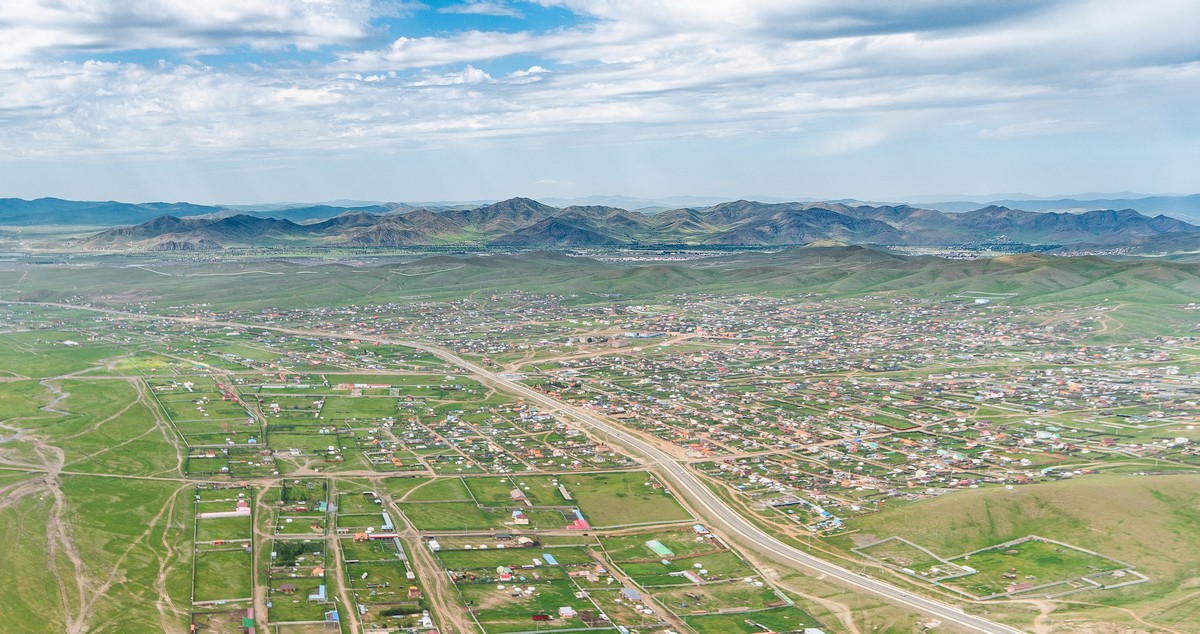 And if you look very closely… 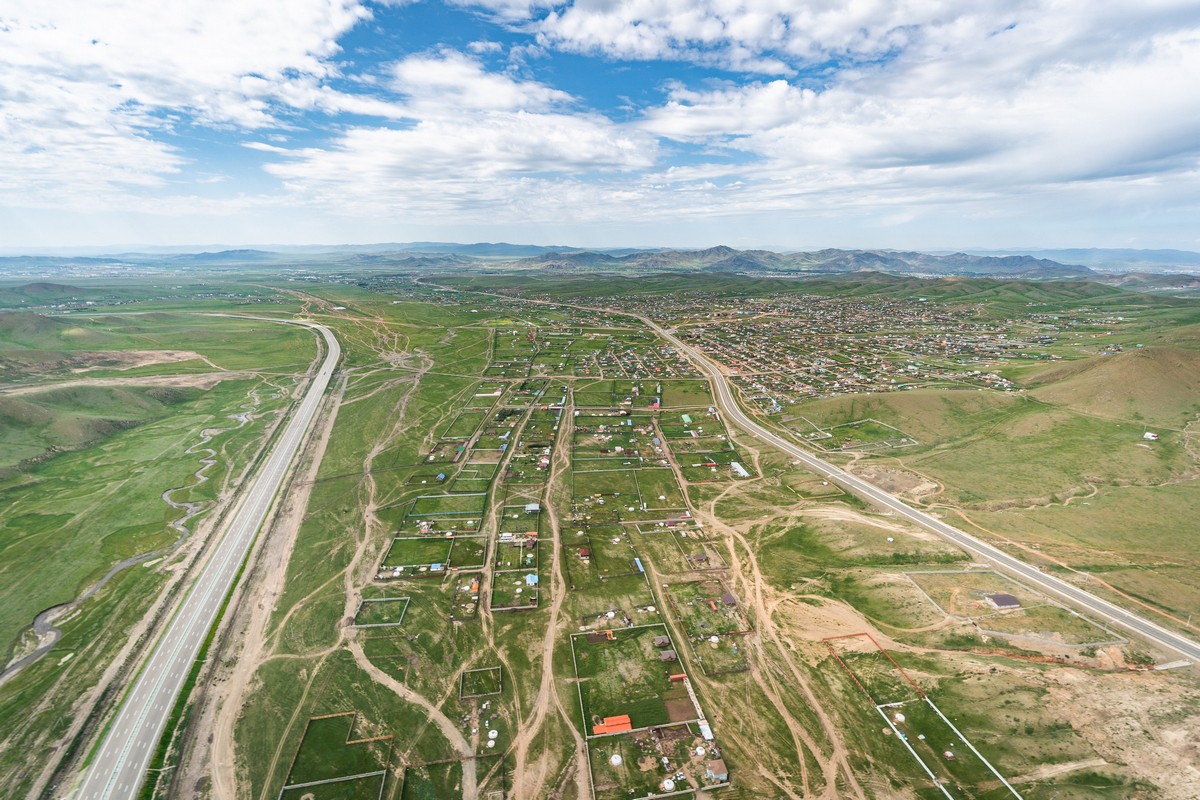 …You can just about make out… yurts! 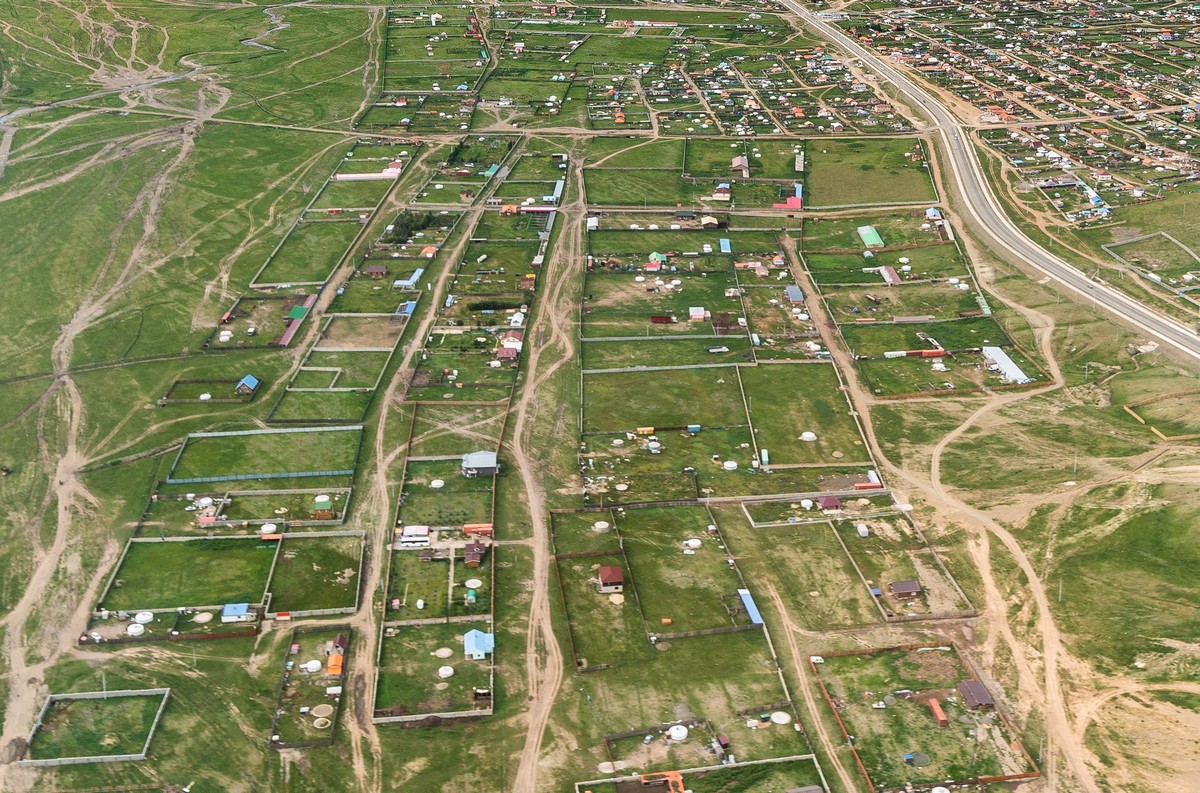 But we had to be gone. A short while later we were up above Ulaanbaatar – of course, taking more pics: 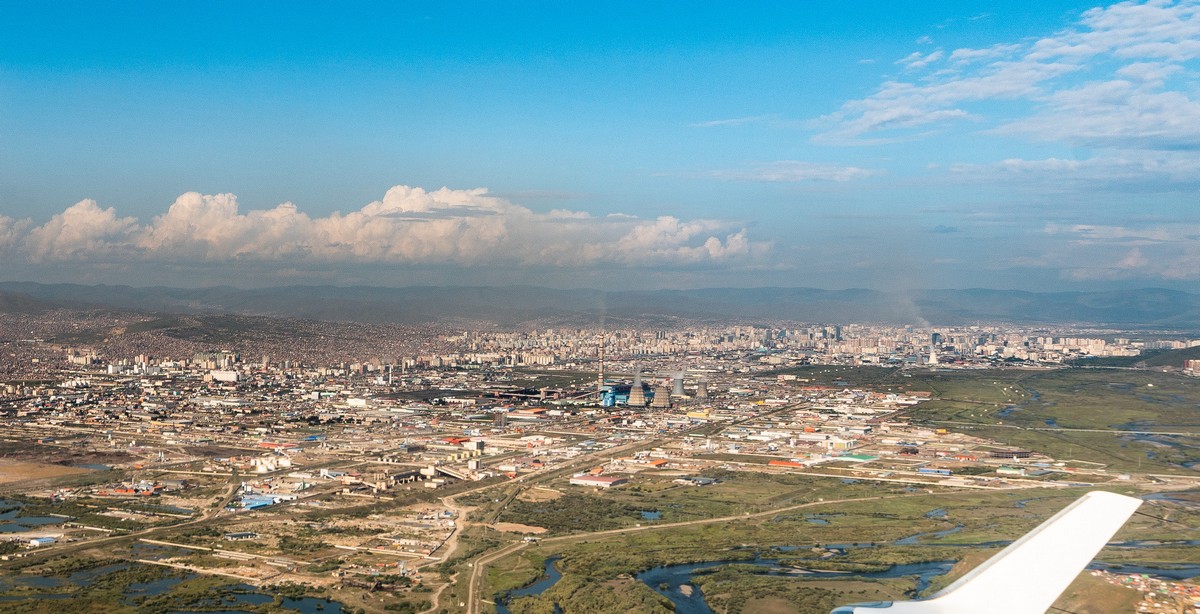 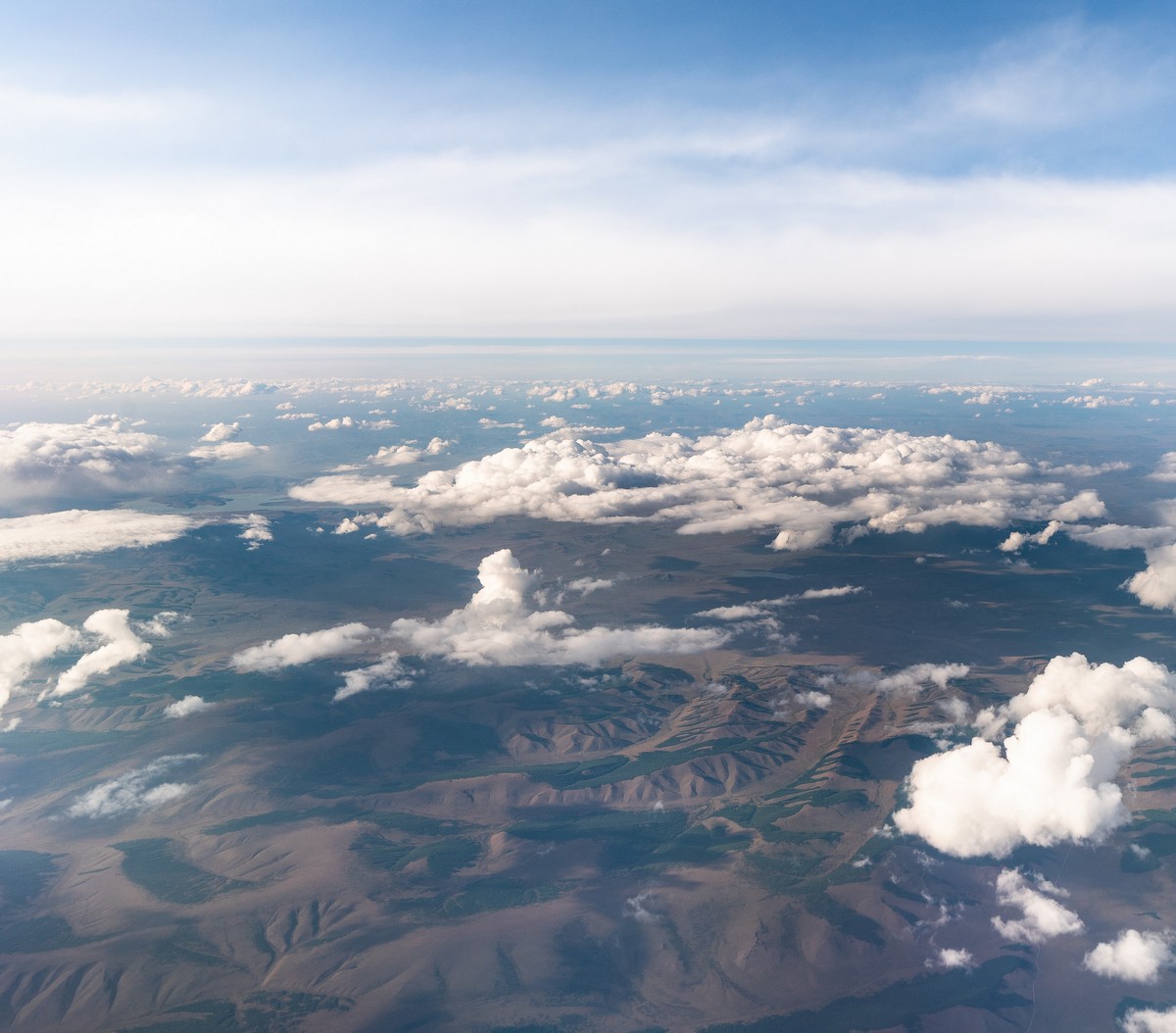 We were headed to Almaty, Kazakhstan. And we went around China in doing so. I wonder why? Not that I minded; it meant we flew over one of my fave places in the world: Altai!

Up in the air quite a bit of late – I had quite a bit of downtime on my hands. Ideal for practicing my Rubik’s Cube skills. Not just the standard one either. Not just making the sides all the same color either; new challenge: putting smileys thereon, with each smiley smiling up at its own color!

And that, folks, I do believe wraps up Mongolia. It was a new country visited for me, taking my total now up to 96 countries. Nearly half-way to all the countries in the world. Hmm, that doesn’t sound quite as cool as a full 96. But I digress…

All the pics from Mongolia and the Gobi Desert are here.