And now for more Gobi desert.

The Gobi is a huge desert consisting of several regions. It occupies Mongolia’s southern and south-western territory and a considerable part of central northern China. We only saw a small portion of it in southern Mongolia, but that was more than enough for our first visit. I can’t stress it enough: the Gobi is absolutely magical in gentle summer weather, and I highly recommend that everyone sees it with their own eyes. There are vast, infinite spaces. I want to say it’s where the horizon goes beyond the line of horizon’! 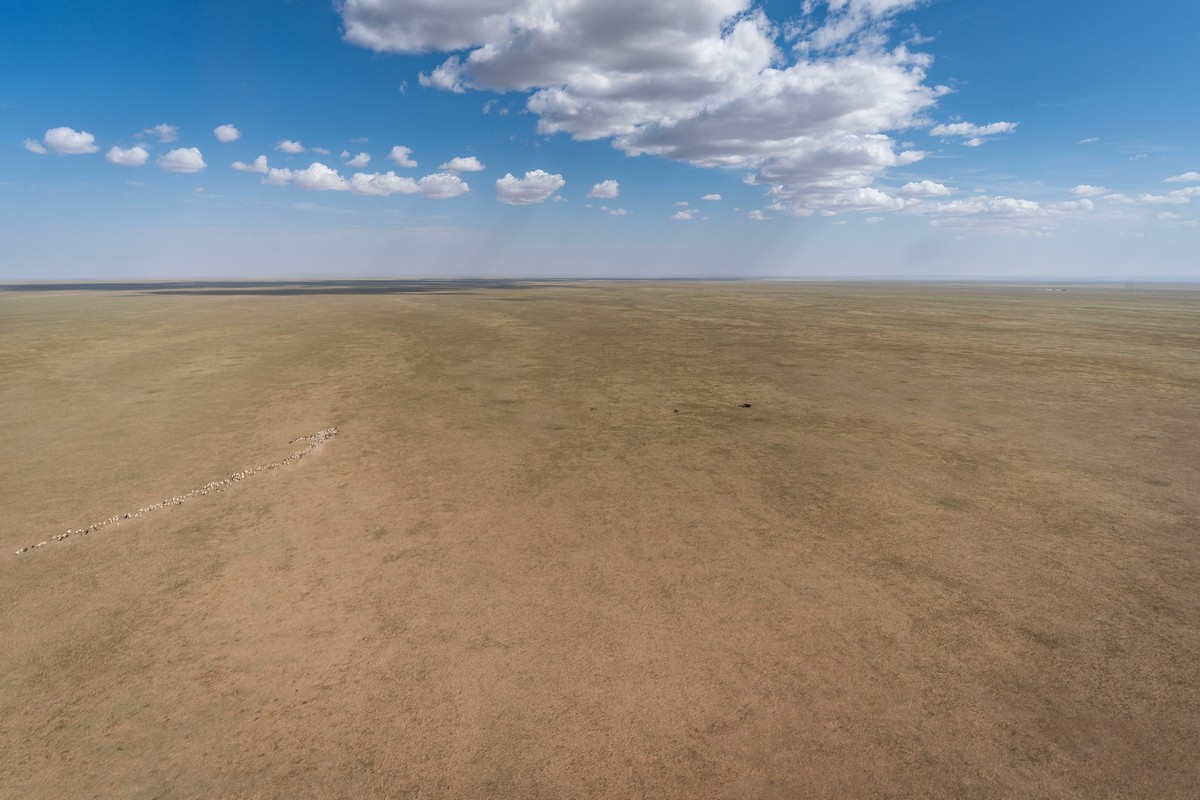 Dunes and sand drifts… (BTW does anybody know what the difference is?)

Mountains of varying colors and shapes:

In short, it’s an absolute must for everyone! Southern Mongolia, in this particular case. 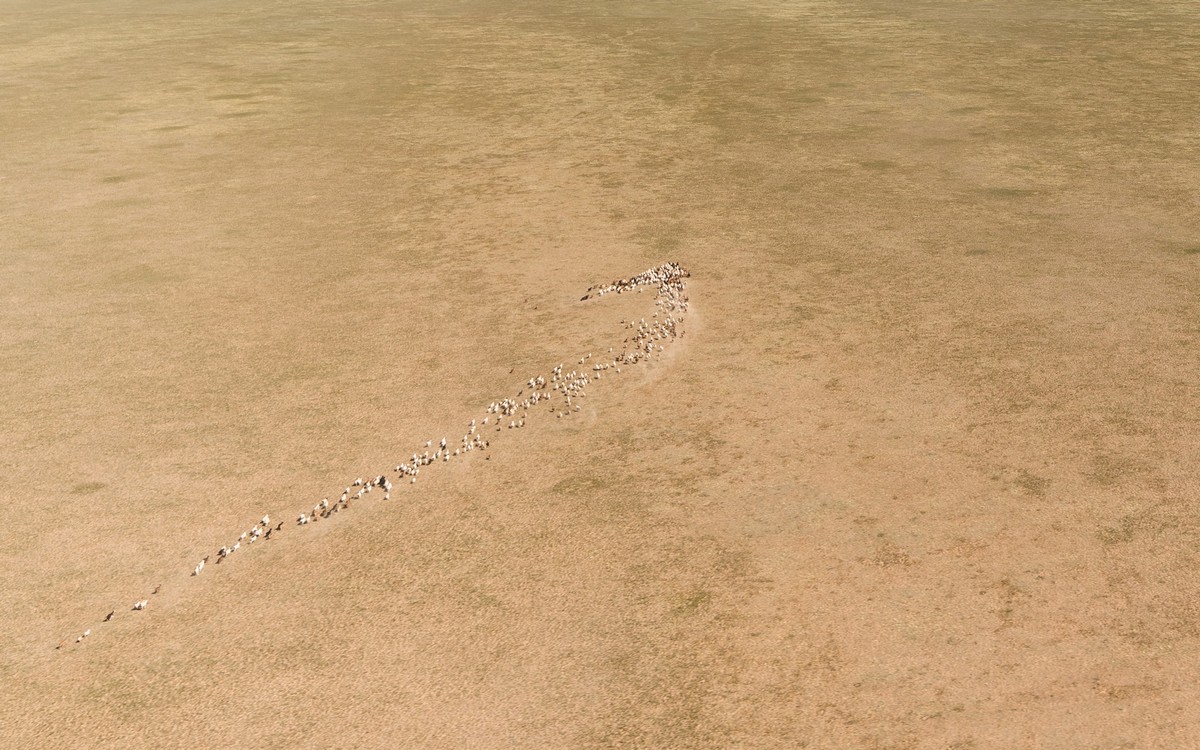 However, it’s a little awkward getting there. It’s about a 700-kilometer (!) drive from Ulaanbaatar. Google maps lie – they claim it’s around 9-10 hours of driving; locals give different figures: 14 hours. So, if you get started early in the morning… you still won’t get there in daylight. And when it gets dark, you’ll run the risk of getting lost in the steppe and sitting about twiddling your thumbs till dawn when the mountains become visible on the horizon and you can orientate yourself one way or another.

So, we opted for a helicopter. Climbed in, buckled up and took off… 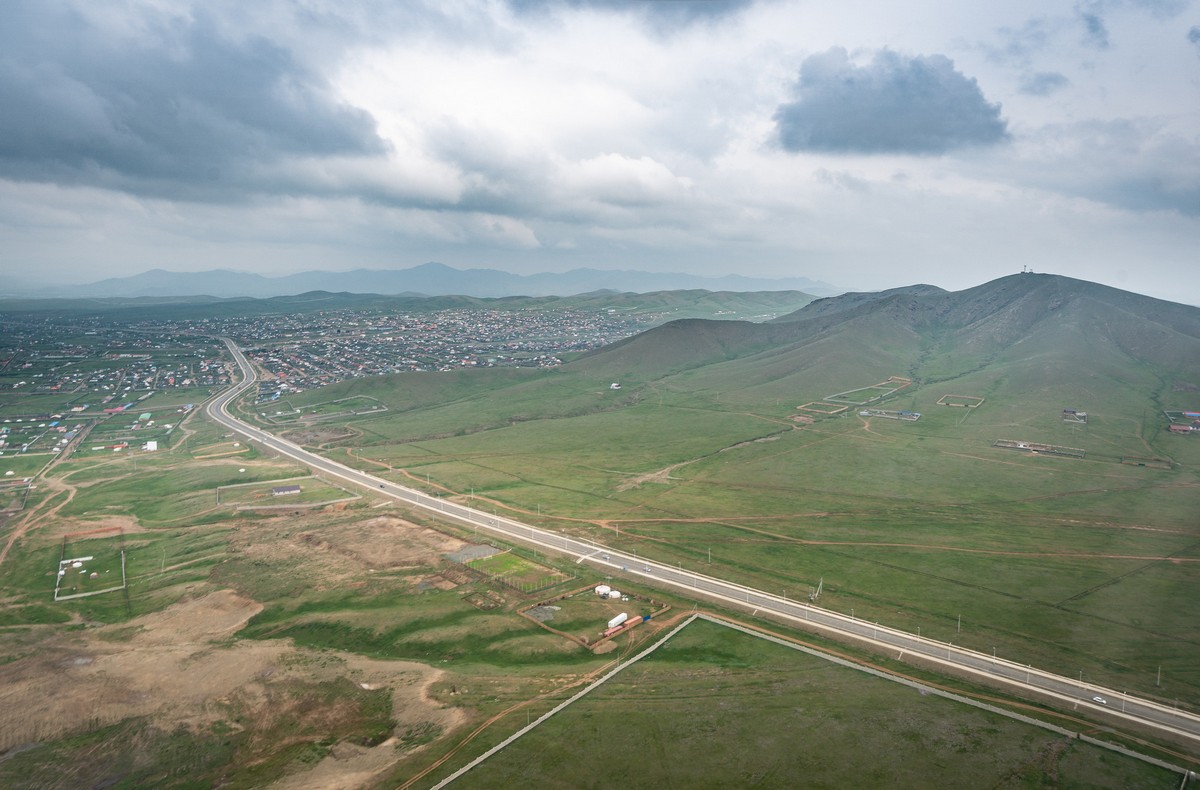 At first, there are some signs of civilization. A new highway that’s completely empty. 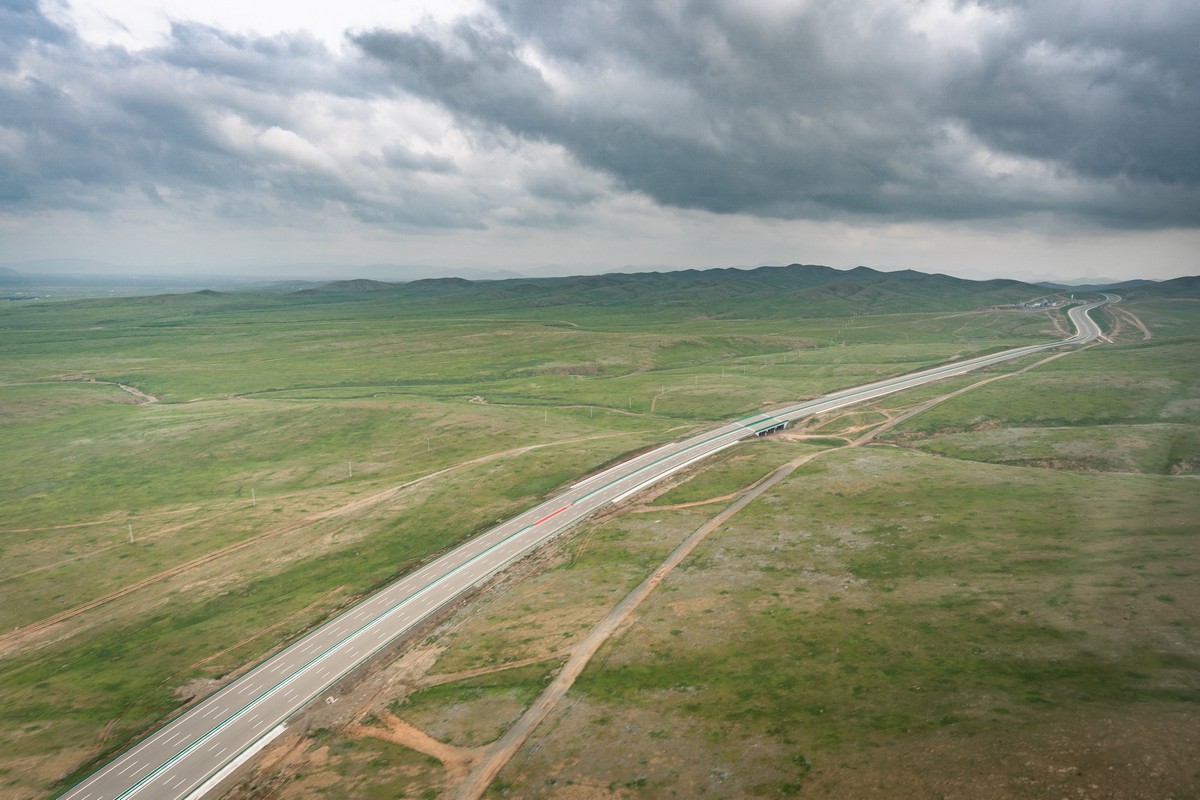 Later, the roads begin to deteriorate and the landscape changes too: 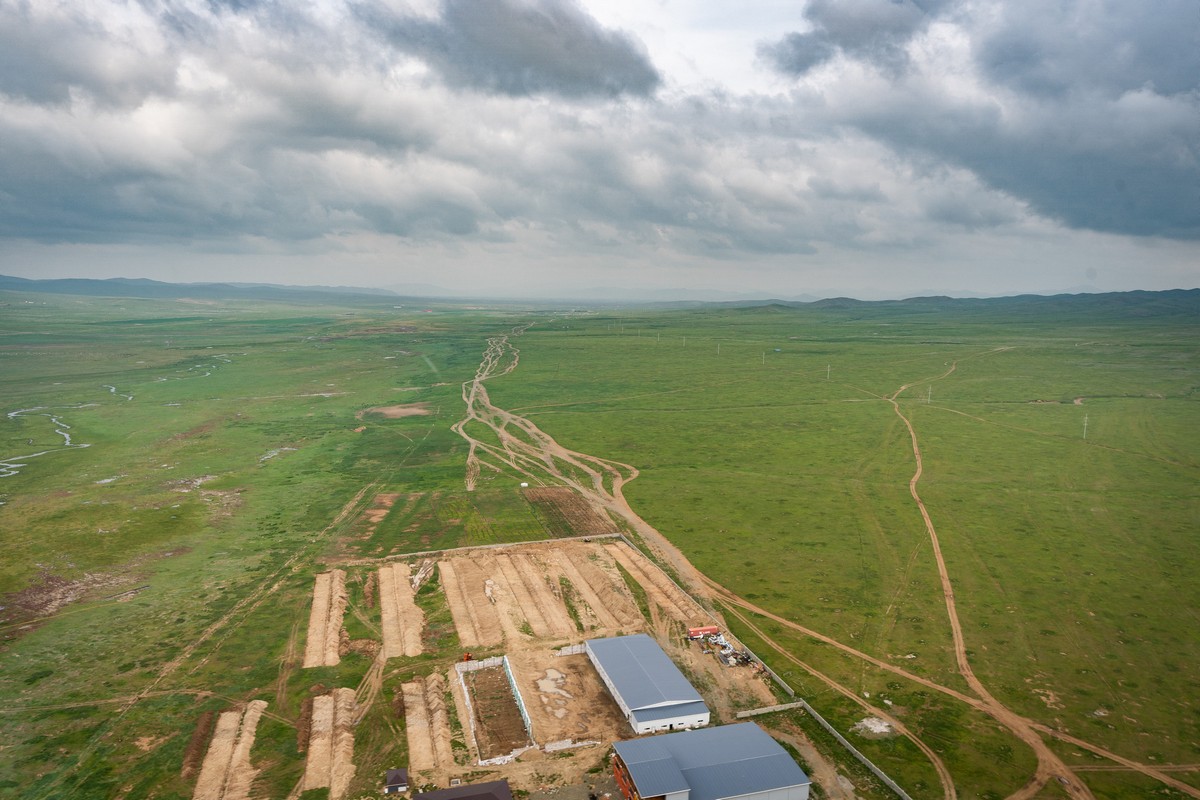 And then it’s all gone. There are just mountains, wilderness and sand. 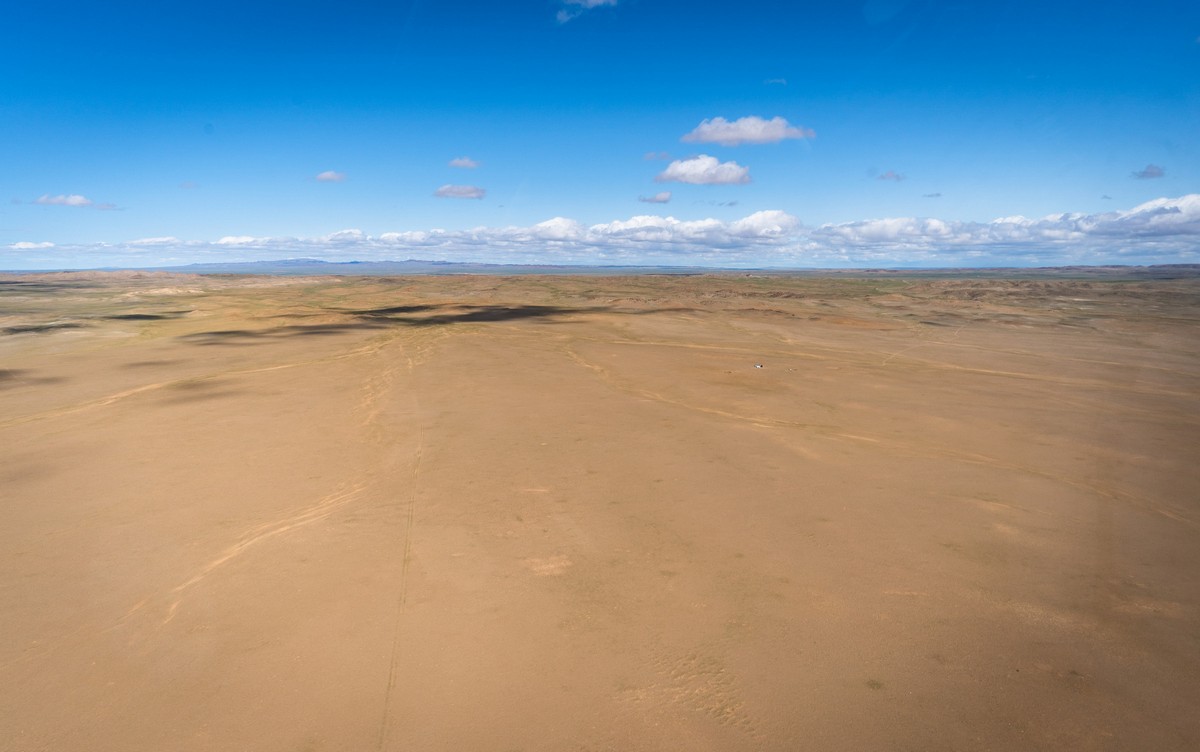 And then we fly on! Into the infinite wilderness and steppe … 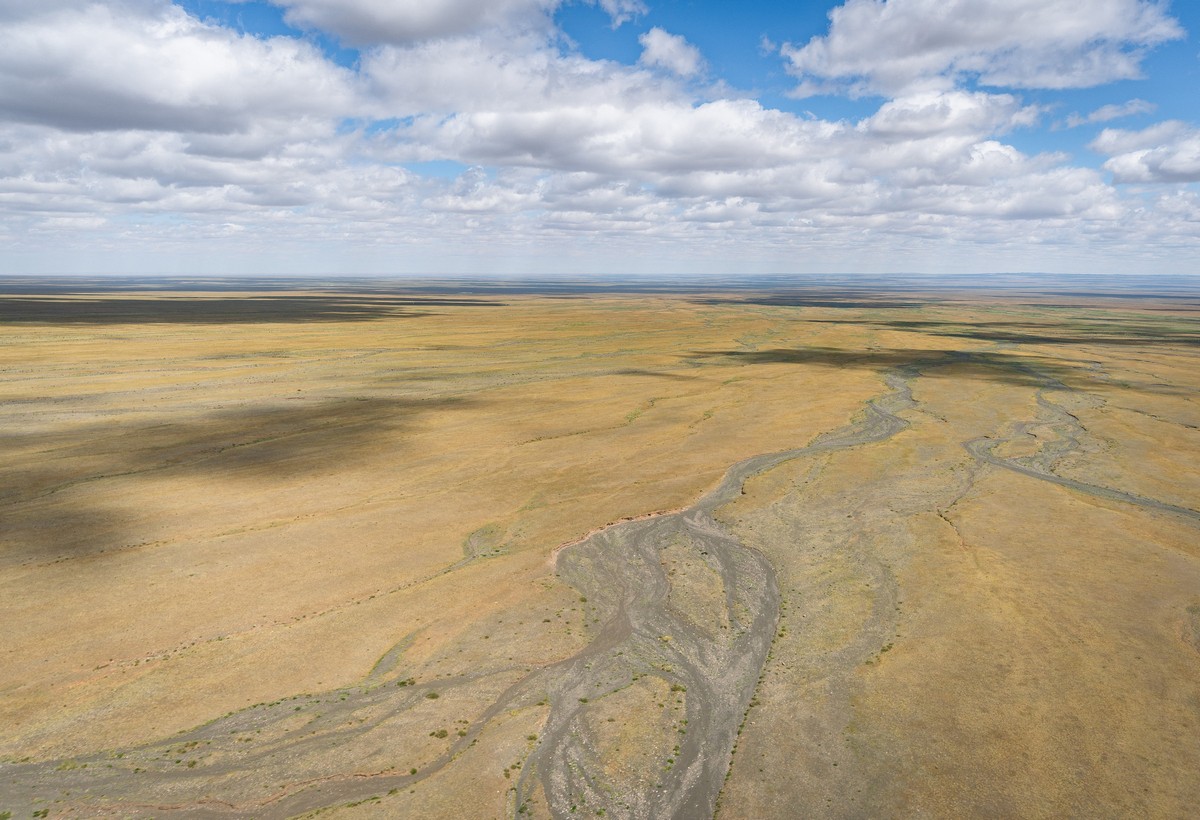 There are nomad camps and yurts dotted around here and there. Sometimes, there are entire colonies of yurts. Tourist places of interest? Most probably… 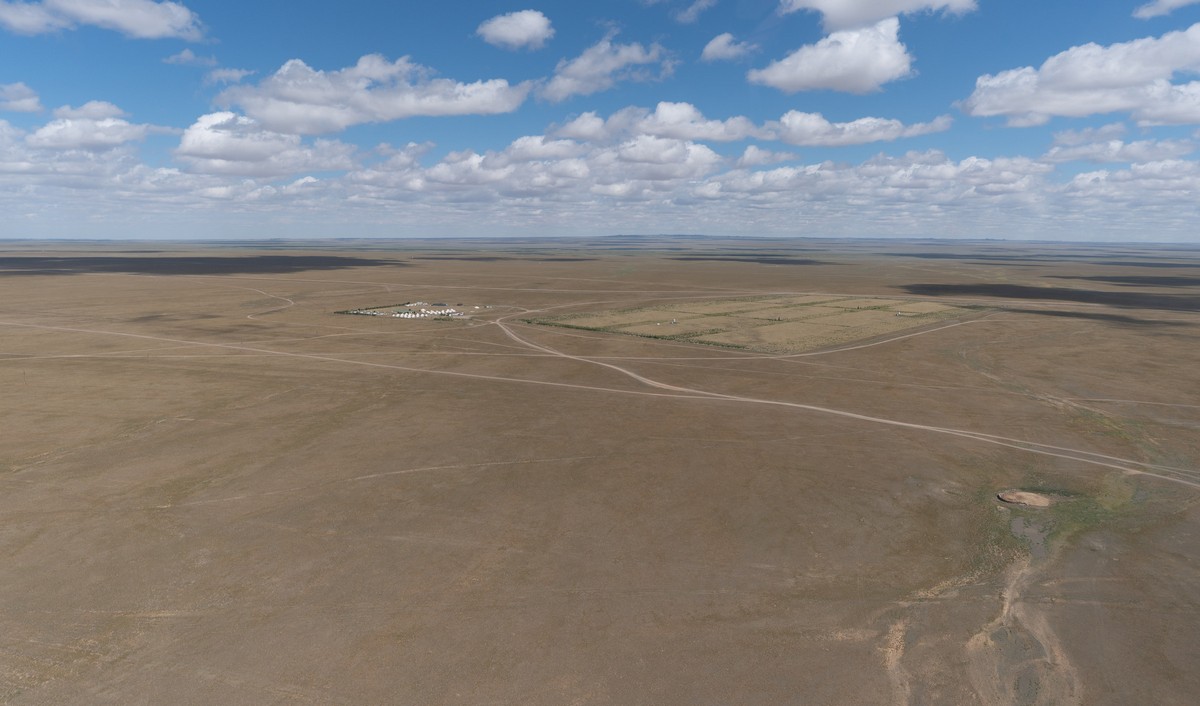 Top left, you can see the Khongoryn Sand Dunes. 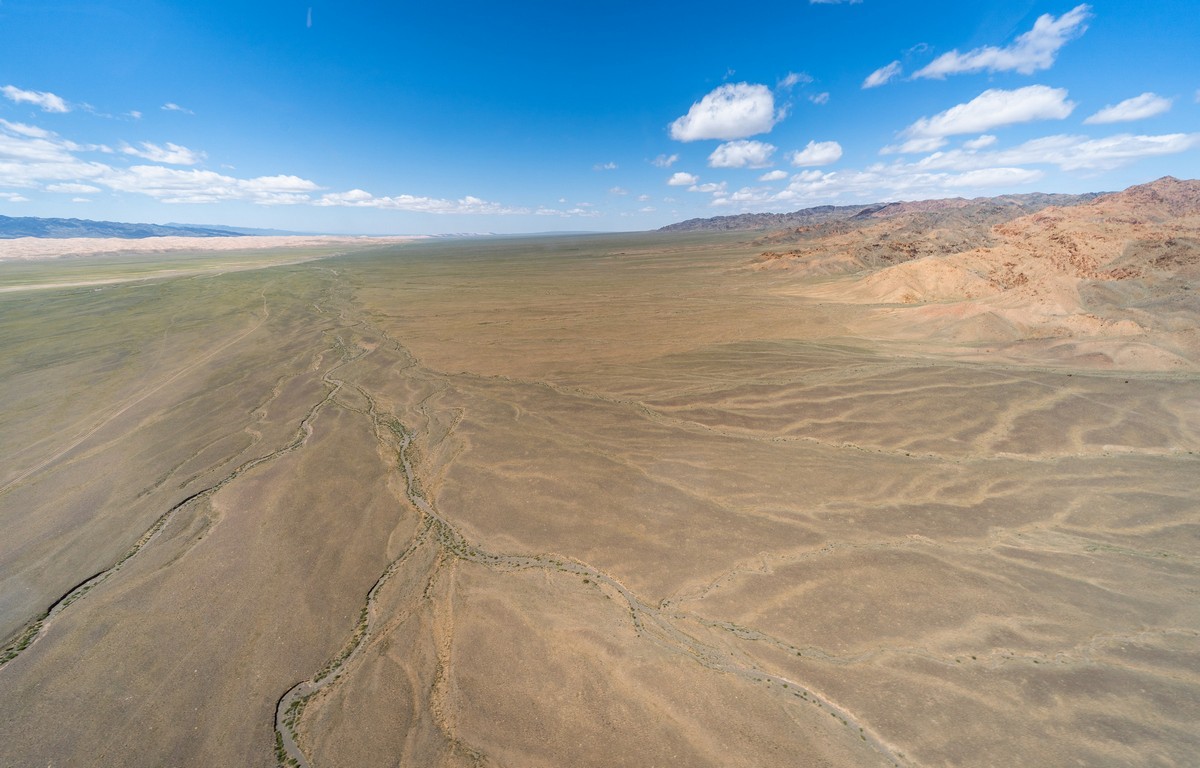 And again sand, steppe and mountains… They come in swaths: a swath of mountains, a swath of steppe, then a swath of desert, then mountains again…

The landscapes are just fantastic.

This one isn’t a tourist ‘lodge’ – it’s a genuine nomad camp. There are supposedly some water wells round here and they set up camp for the summer. 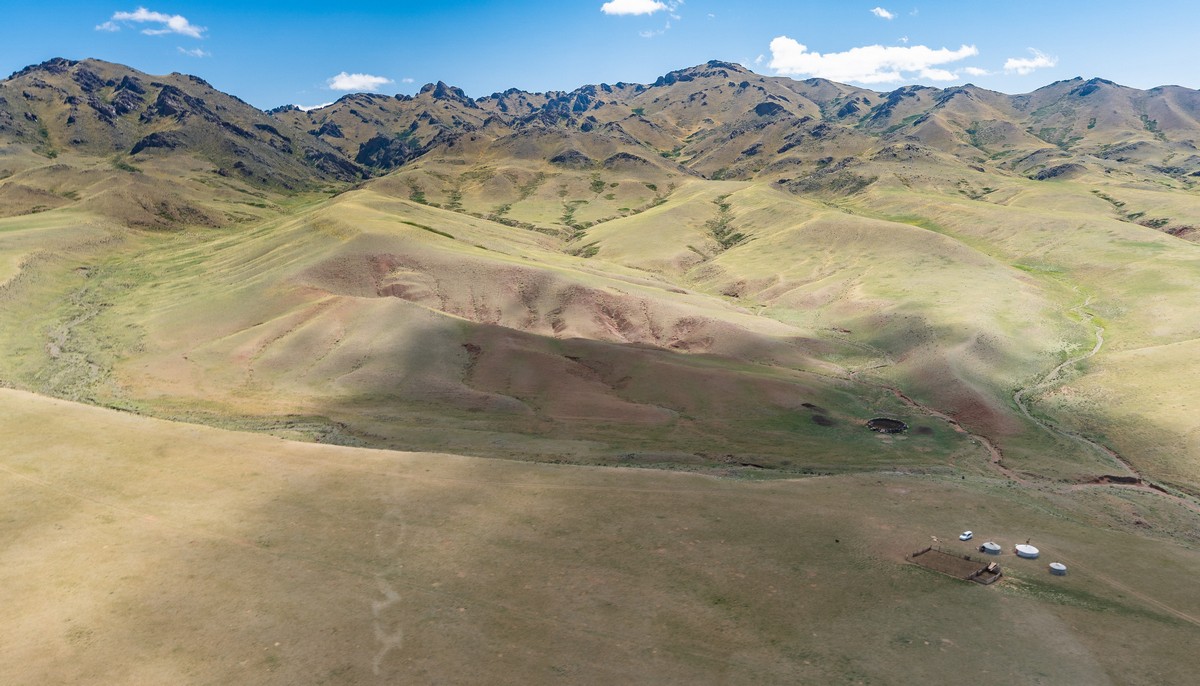 A small temple on a mountain. 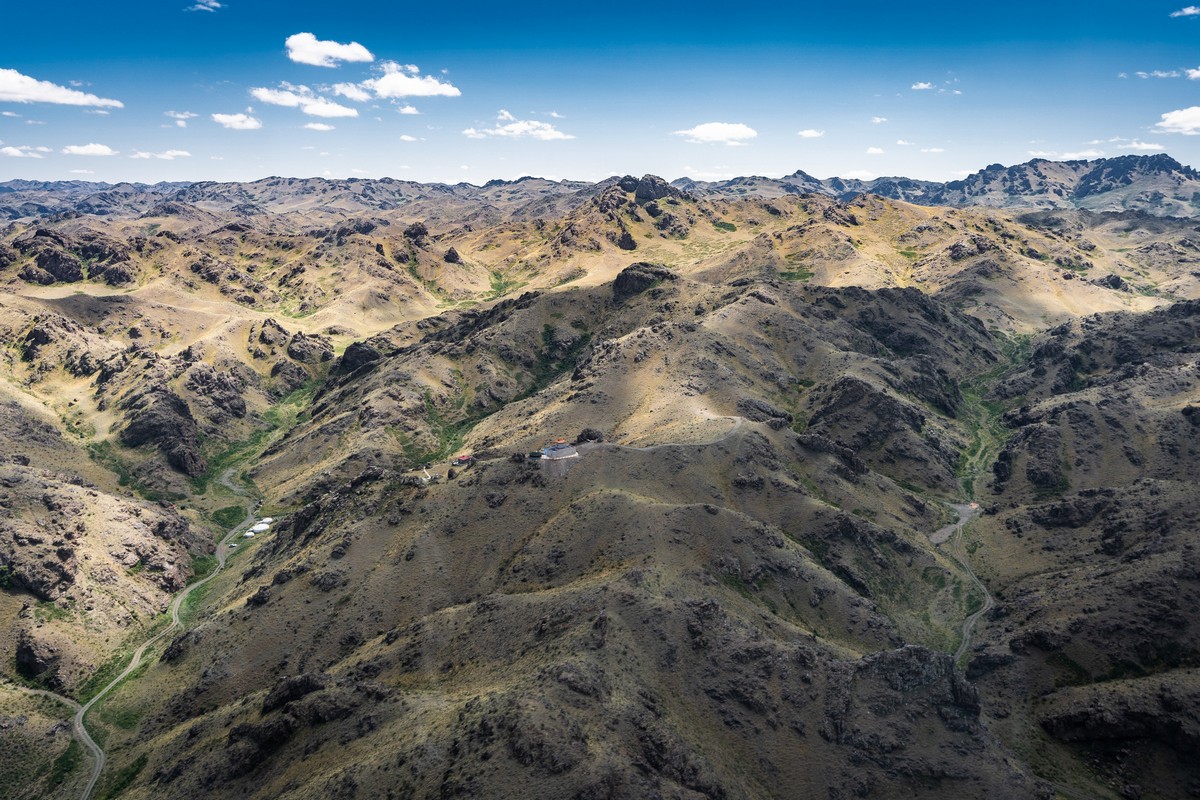 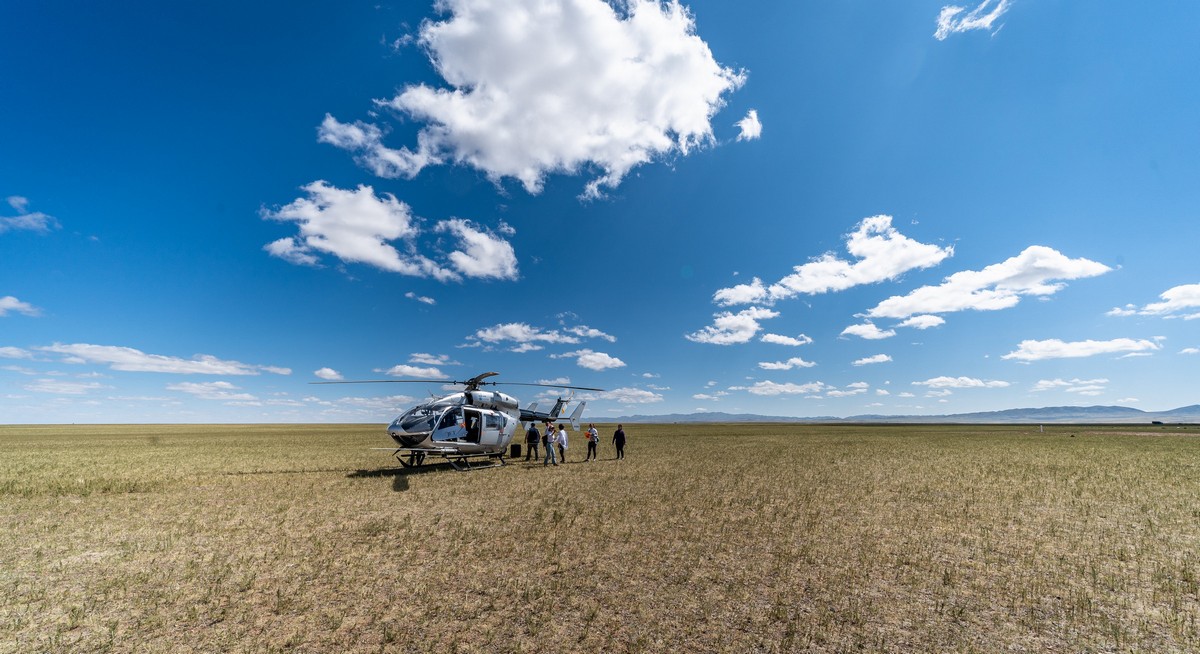 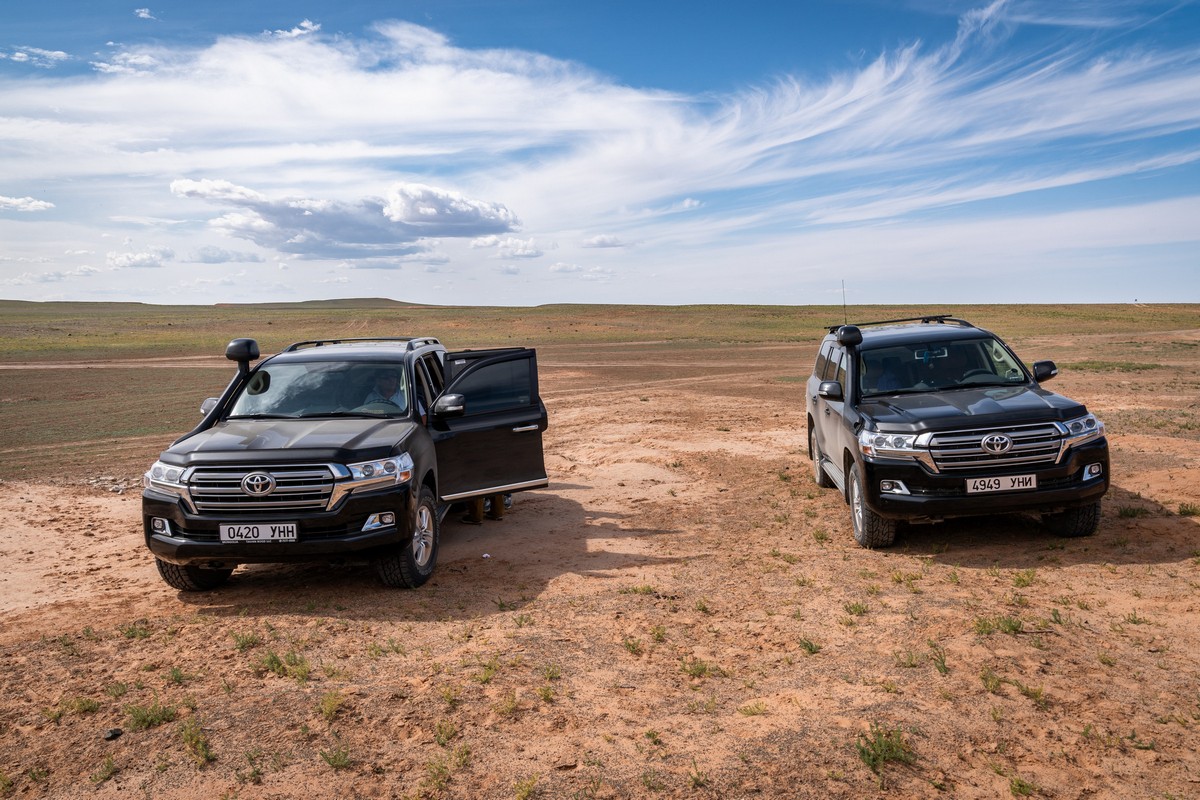 More photos from Mongolia and the Gobi desert.