Strolling around the City of San Marino, with its unassailable towers and fortress walls at the very top of a mountain, I figured it must have been a refuge against the medieval bandits, robbers and pillagers that once roamed Europe. However, it turns out that’s not the case.

According to legend, the beginnings of the first settlement here were established by a Christian stonemason in the 4th century A.D. during the period of persecution of Christians. He set up a humble home, started extracting stone, others joined him, a monastery appeared, and on and on it grew organically. Now, for around 1700 years there’s existed here this micro-state up a mountain. Down the centuries many tried to invade it, but no one ever succeeded. The details are rather interesting. Anyway, it’s physical impermeability to a large extent is the reason why it’s stayed independent. The country naturally cherishes this independence: you can tell by the way both its flag and emblem have the Latin ‘LIBERTAS’ (liberty) written large thereupon.

The first, oldest, tower at first was… a prison (keeping bad folks in as well as out!): 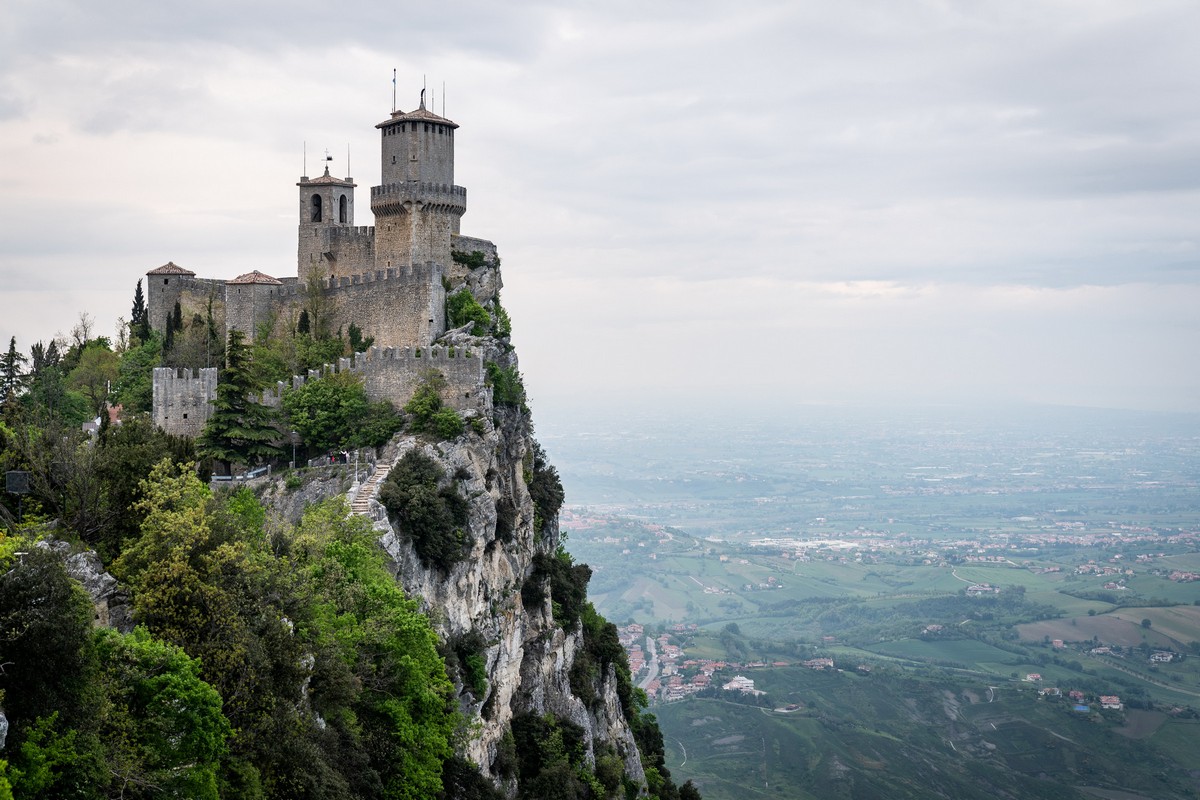 And here’s the third: 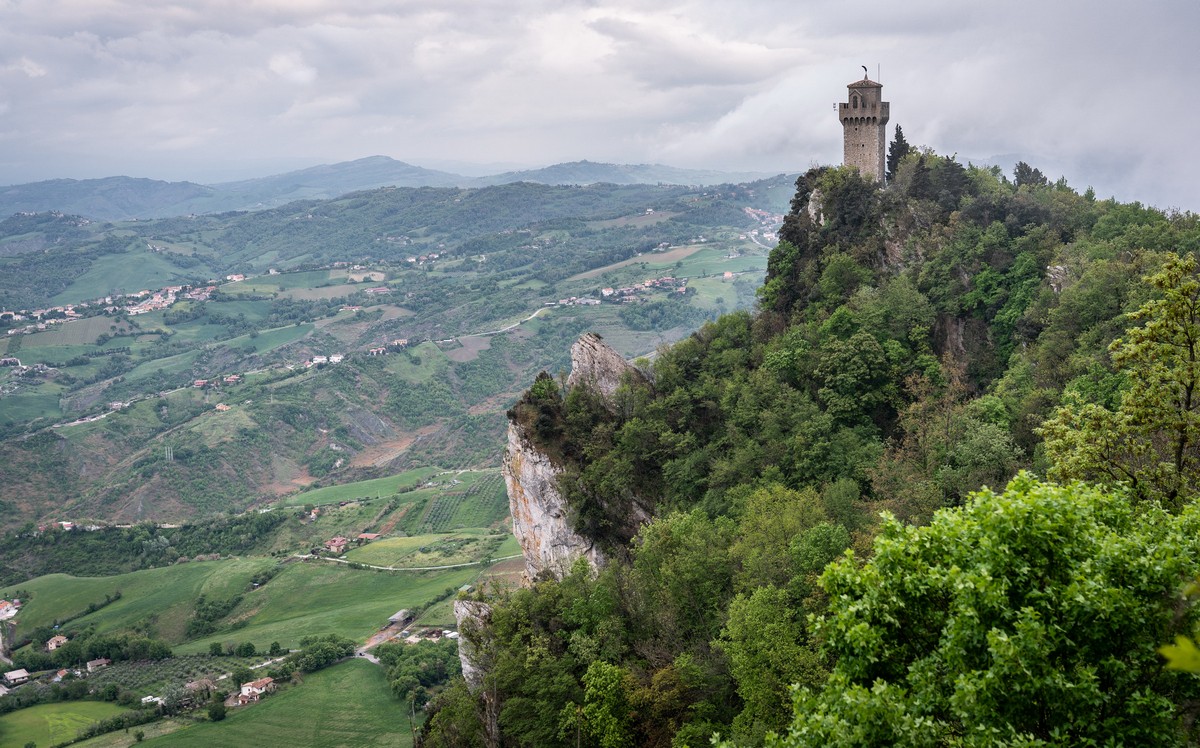 Btw… on the theme of freedom and independence, San Marino is a member neither of the EU nor NATO, but it does use the euro as its currency (it even mints its own euro coins; not that I saw any).

Mid-springtime is a good time to visit as there aren’t many other tourists milling about. The only downside (at least on the day we were there): the cloud and occasional rain. Even my trusty old magic sunglasses were of no help: we were only 600 meters above sea level, but appeared to often be right in the middle of a cloud!

When the cloud did shroud the mountaintop it gave a mysterious feel to the city:

The city at the top:

This car squeezed through this here narrow street, drove a bit, then just stopped, and the driver got out and left it. Parking, San Marino style ).

Restaurants atop the precipice. Just a shame about the cloud spoiling the views over lunch.

The narrow streets are lined with mostly luxury-boutique shops. Must be duty-free, I thought. Turns out – yes: duty free!

I was fairly amazed by the great many shops selling weapons. Apparently the gun laws are very liberal in the country; sure – it figures:

However, the views of Italy all around are most pleasing to the eye – helped out by spending a euro on one of the telescopes up top:

Climbing the steps to the very top: highly recommended!

The panoramic views: oh my Guaita!

That’s all for today folks, but I’ll be back tomorrow, from… incredible Istanbul!…

All the pics from San Marino are here.