Our oh-my-Galápa-gosh adventure was fast drawing to a close; just one day, one night and a morning, and we’d be heading home. Though this unwelcome end to the trip loomed heavy on our minds, inevitable Ecuad-awesomenesses still lied ahead for us…

Next stop: the northernmost point of Rábida Island – here. Dark brown-red beaches and rock, and lots of fur seals. Sure, they lazed around on the beach alongside tourists also lazing about on the beach, but we were used to that already. No, here there was a bonus – a very special, unforgettable bonus – which also served as the day’s Ecuad-awesomeness: they’d swim together with us in the ocean! 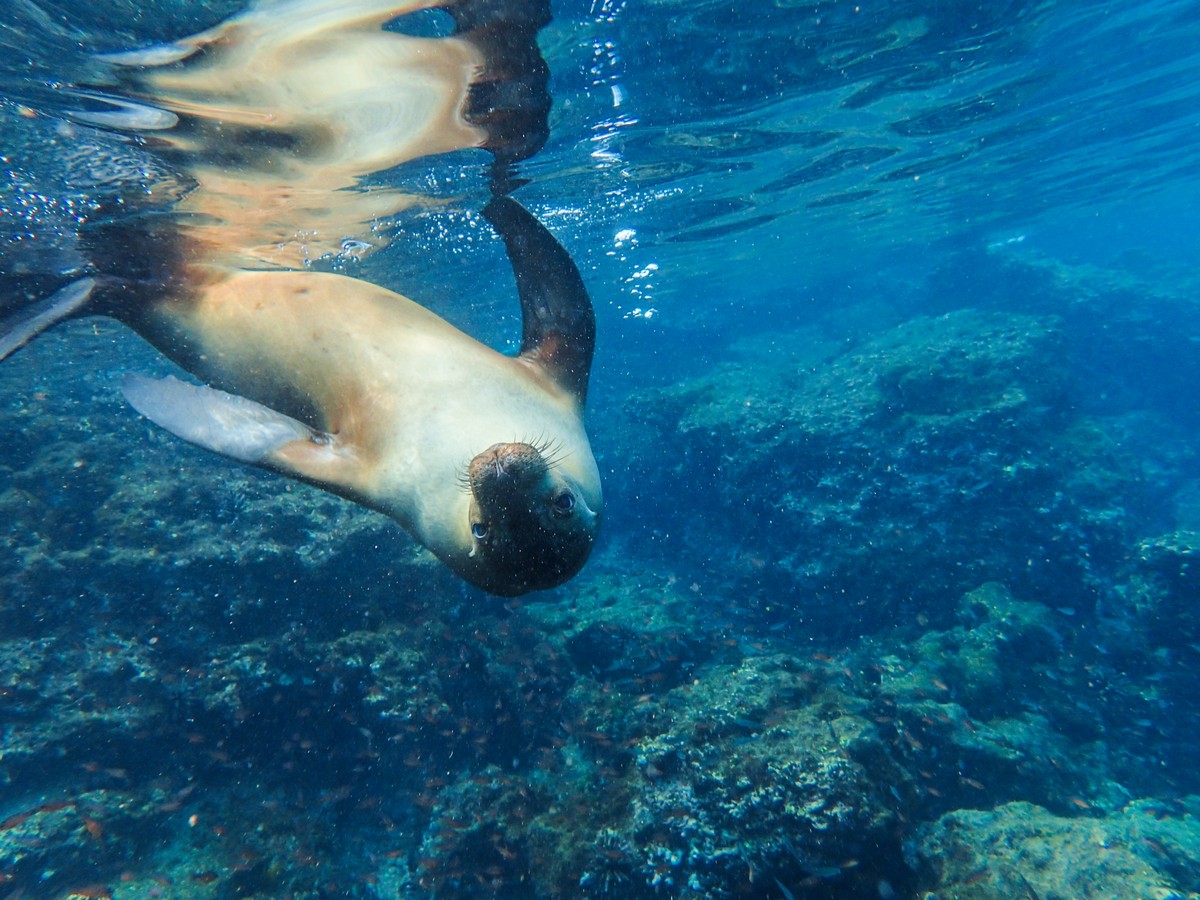 Swimming with fur seals is insanely fun. They twist and spin and turn around you for a while, then go off and do the same around another tourist, then come back for a repeat performance, perhaps with the addition of some crazy acrobatic somersaults – and it goes on like that forever! They never stop!

And we even got them on video:

Ahh. So much fun and positive vibes.

And ashore – all that Martian redness: fairly monumental:

And of course, lots and lots of cacti, which turned out to be Opuntia. Sure – I’d seen cactuses shaped like that on windowsills back home, but it was only when we got up close to them here did we realize just how massive they are here:

Suddenly, mommy pelican feeding her little one. Oh my gastroscopy! 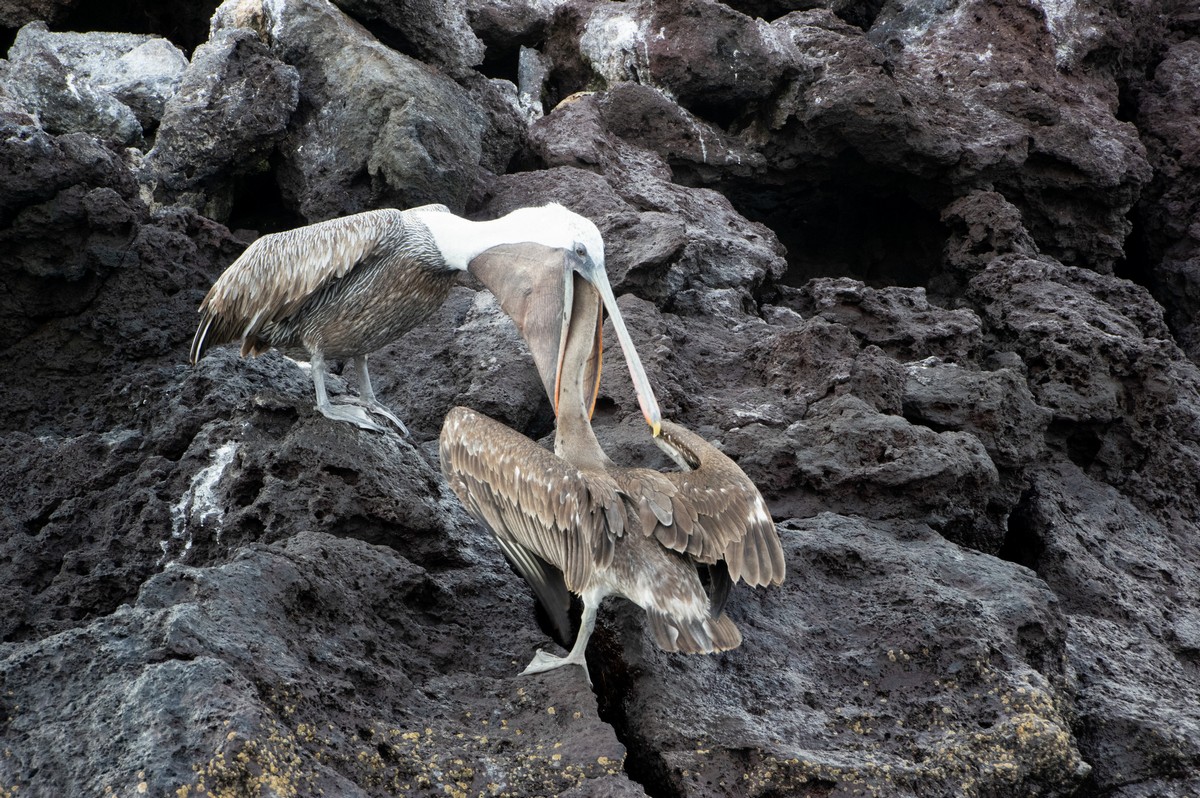 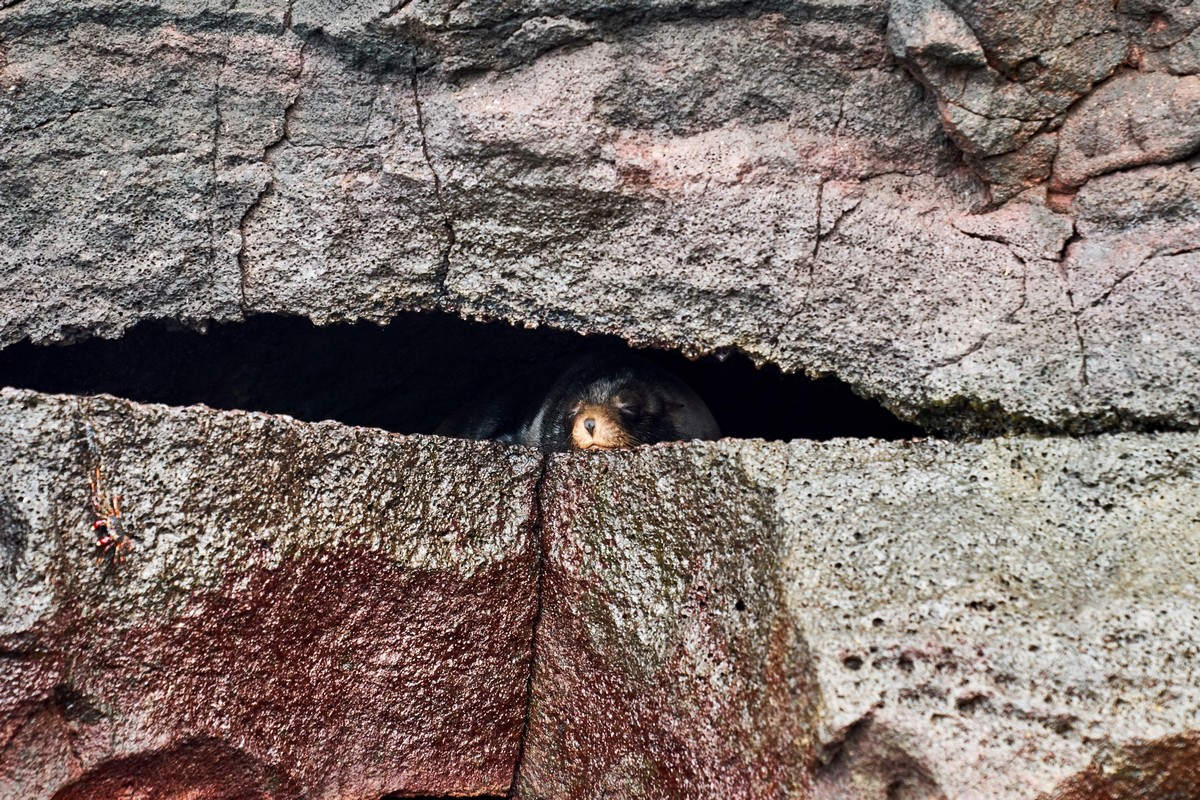 More boobies in their brightly-colored boots:

A fine feathered species all on his lonesome looking out to sea. Looking for his dinner, maybe? 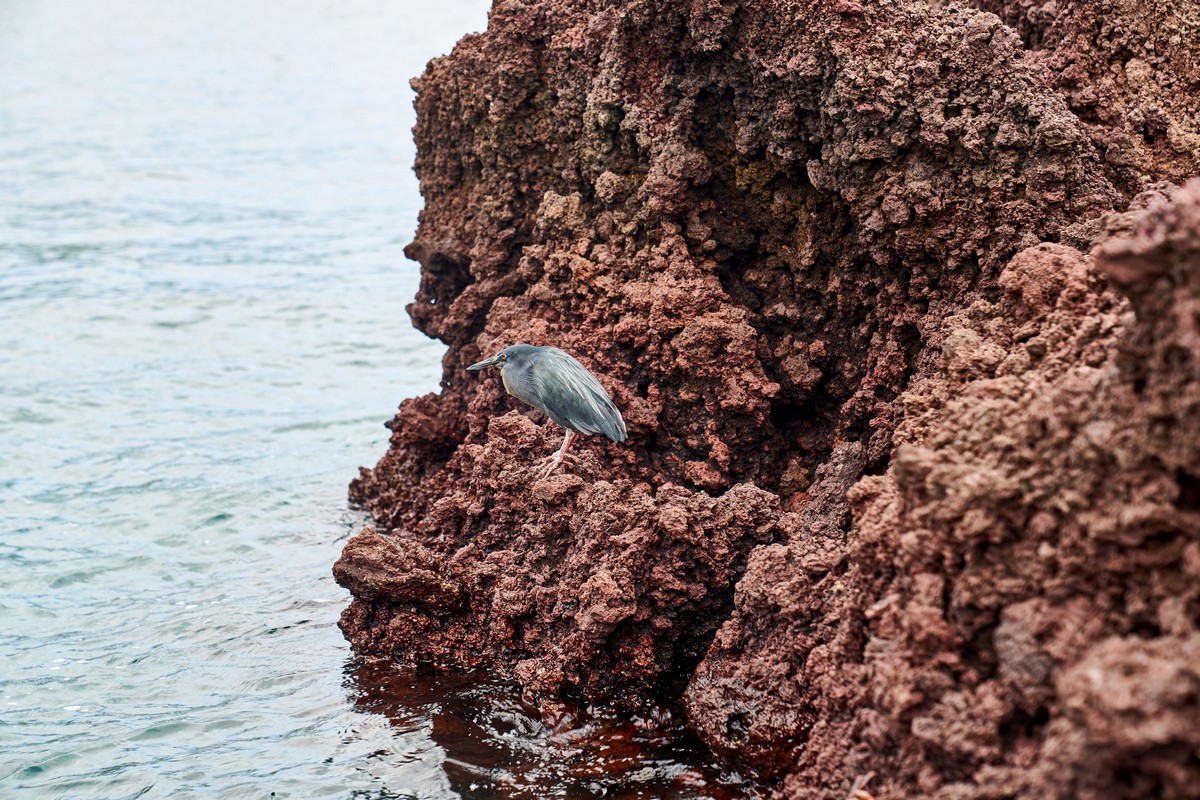 And the icing on the cake, or – rather – the dessert to our whole Galapagos trip – a beach that goes by the name of Espumilla on Santiago Island, aka San Salvador – here. We strolled along it, our mood still a little low since this would be the last beach of our expedition.

The definition of ‘easy pickings’? These here pelicans gobbling up these here fish that washed up on the beach with some waves!

Btw – I used the right metaphor when I mentioned ‘dessert’, for it turns out that ‘espumilla‘ is a popular dessert in Ecuador! I don’t know what it tastes like, but if it’s as nice as this beach – I want some ). 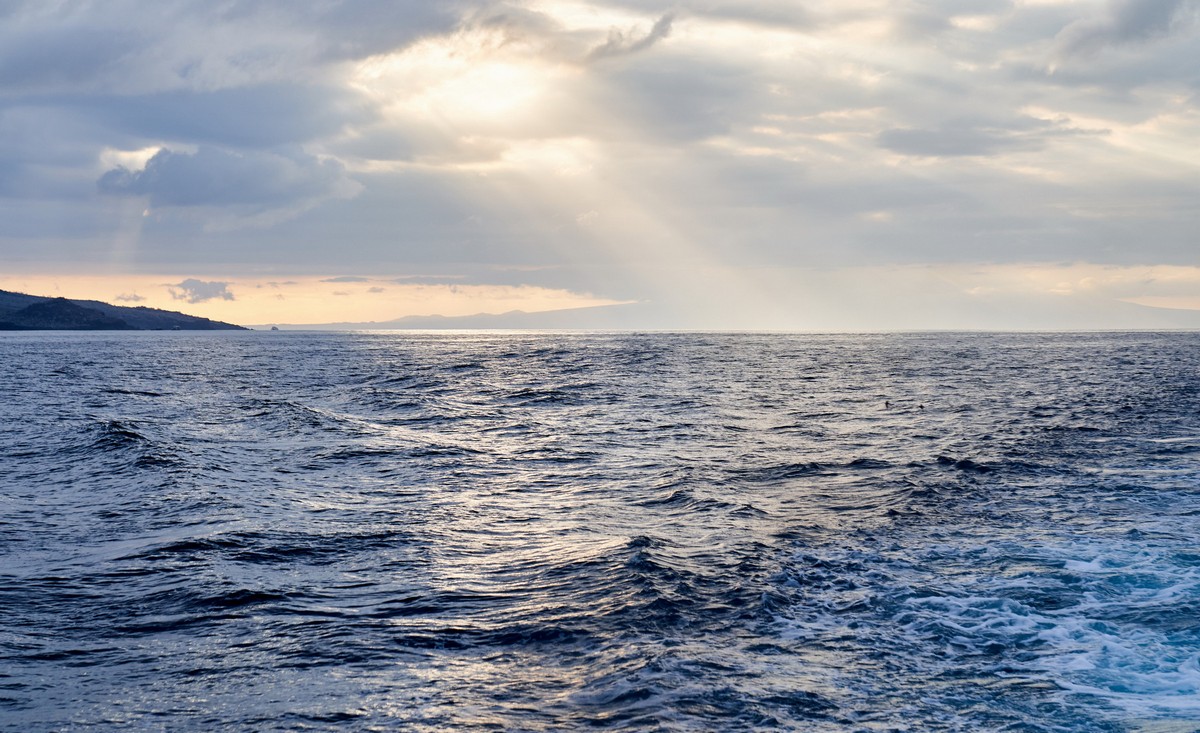 The following morning was a corker: beautiful weather and………. SEX!…

Tortoise sex, that is ). 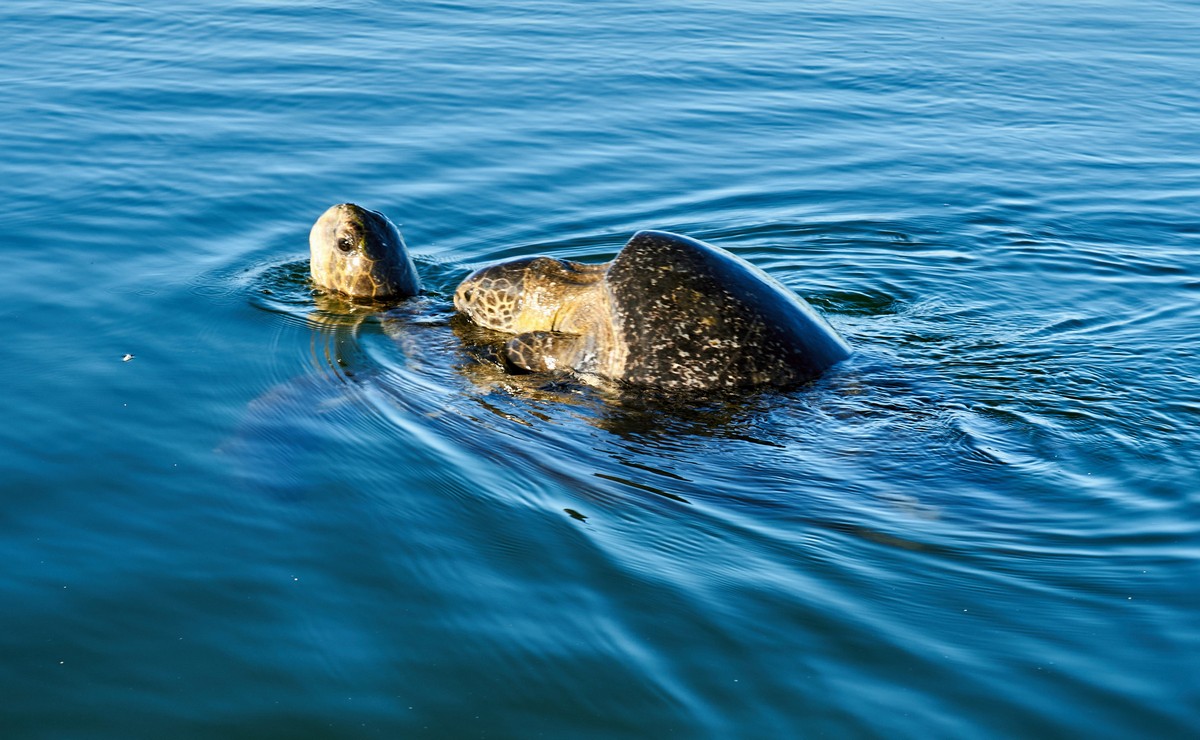 Yes, that’s what those frisky tortoises get up to – at Black Turtle Cove – here. And why not? Only natural wanting to propagate one’s species. Perhaps we shouldn’t have taken pics; how would we have liked that? )

Not only did we take pornographic photos, we also learned all the ins and outs of the mating process here from our guide. Apparently it takes a full six (6!!) hours. And the poor female there is underwater for a lot of that time. Well she needs to come up for air occasionally – like in the following pic. Or, sometimes they swim/copulate on their sides so there’s no need to come up for air )). 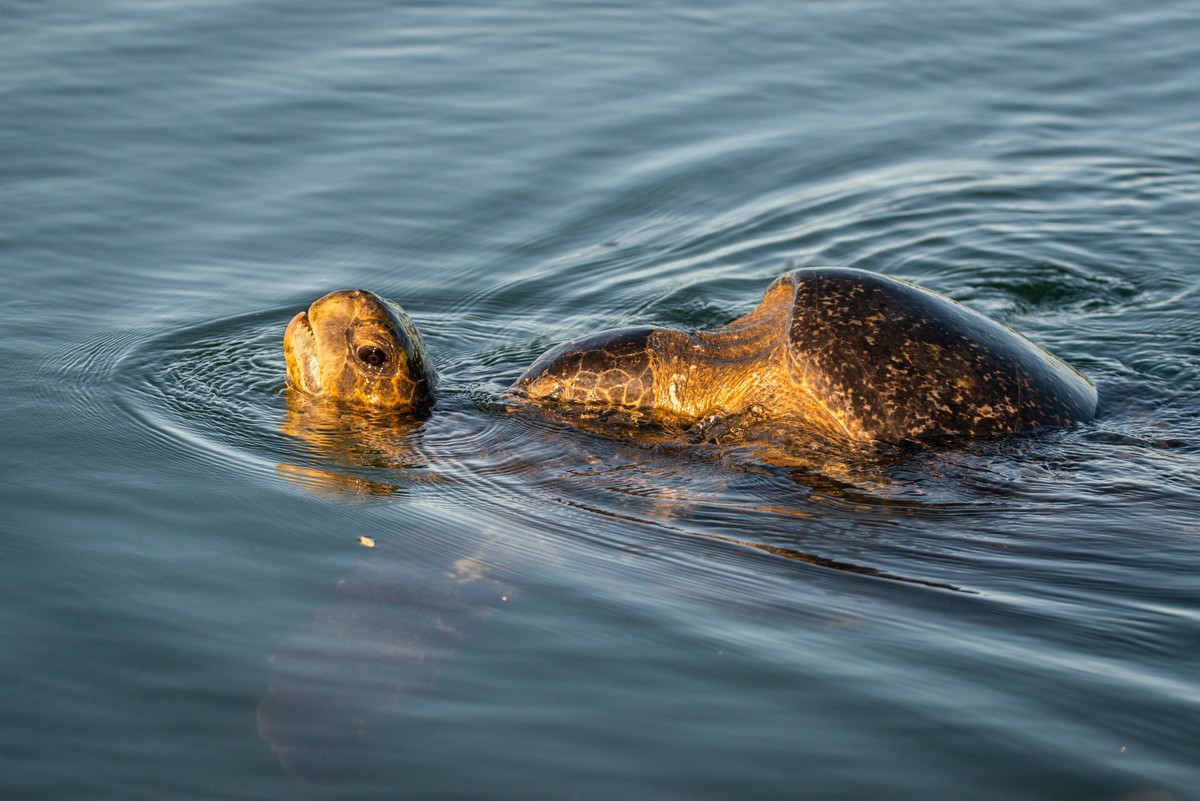 Meanwhile – check out the pesky voyeurs: 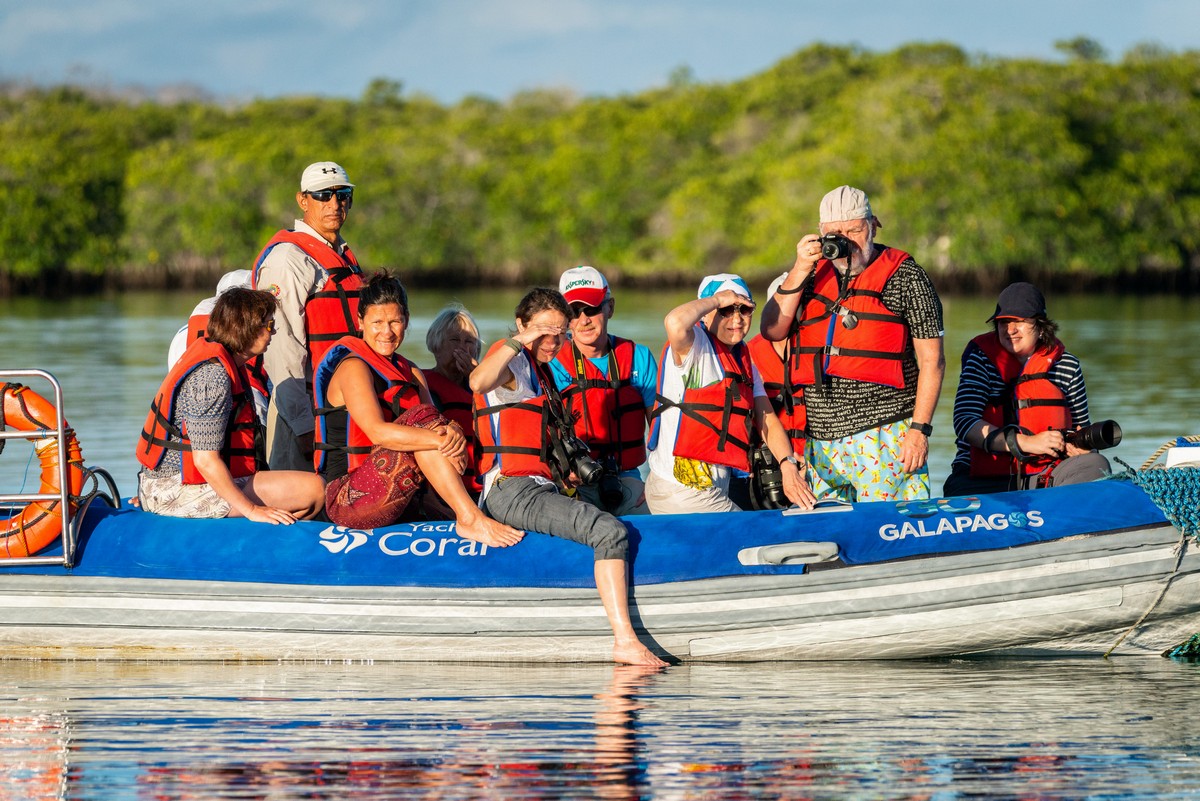 And on that jolly note, I end this Galapa-gosh series. Here was the day’s schedule:

Next up for us – ship, airport (for our morning flight)… 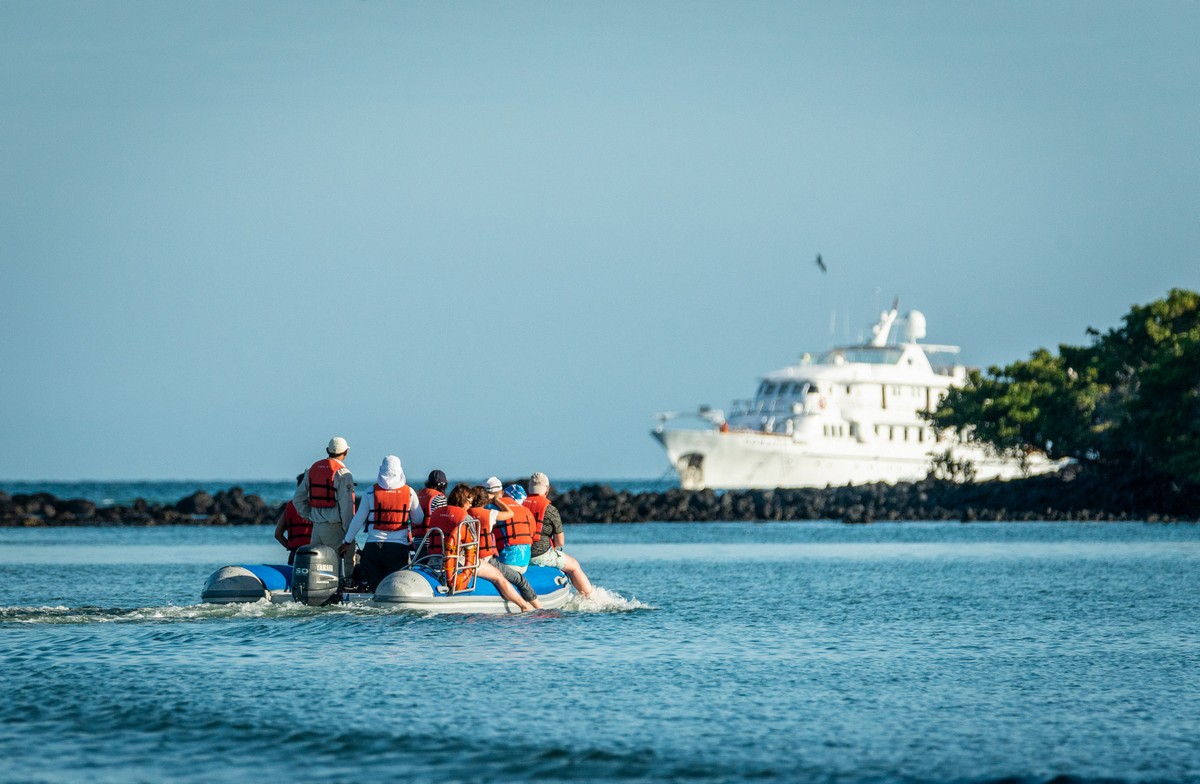 Next morning at the airport, we fancied a drink of water from the empty café in the corner. Some of us wanted just hot water, and found out it cost a full two (2!) US dollars. What?! Maybe that’s why the place was empty? ) 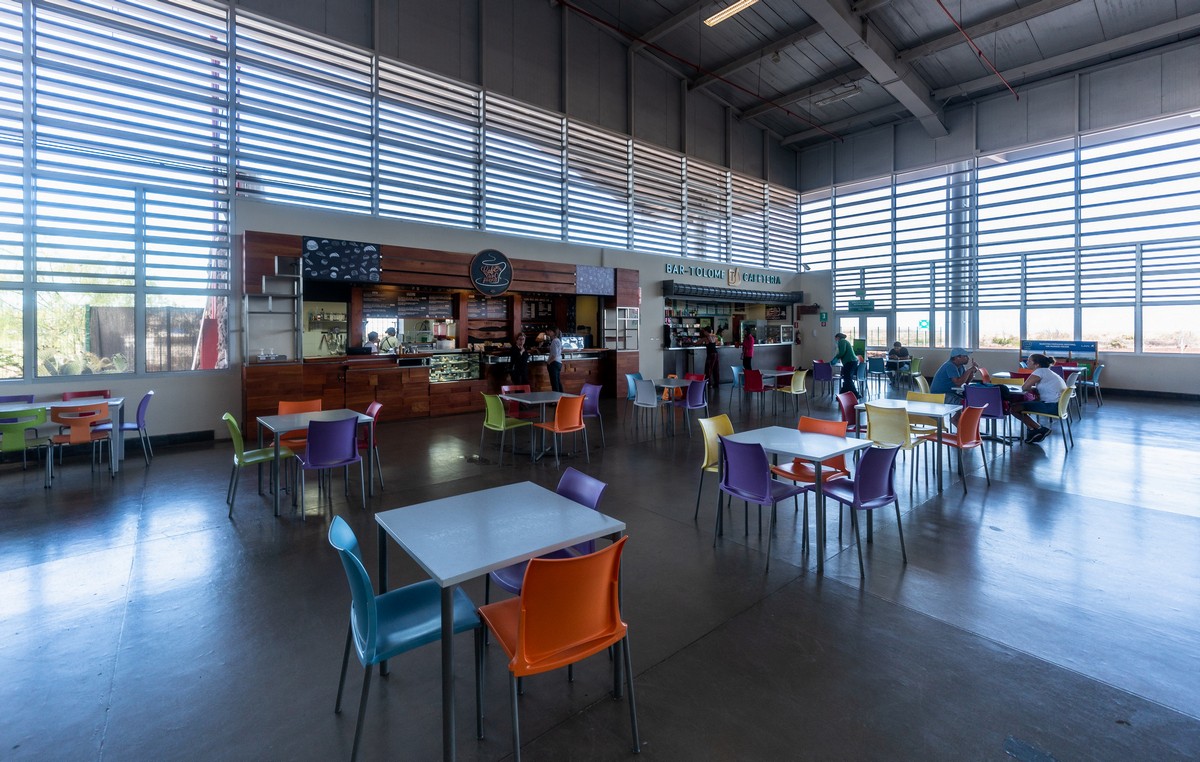 As if to make up for the hot water extortion racket in the airport, the plane that awaited us on the apron was brand new, and it was a new-to-me airline too – Avianca: 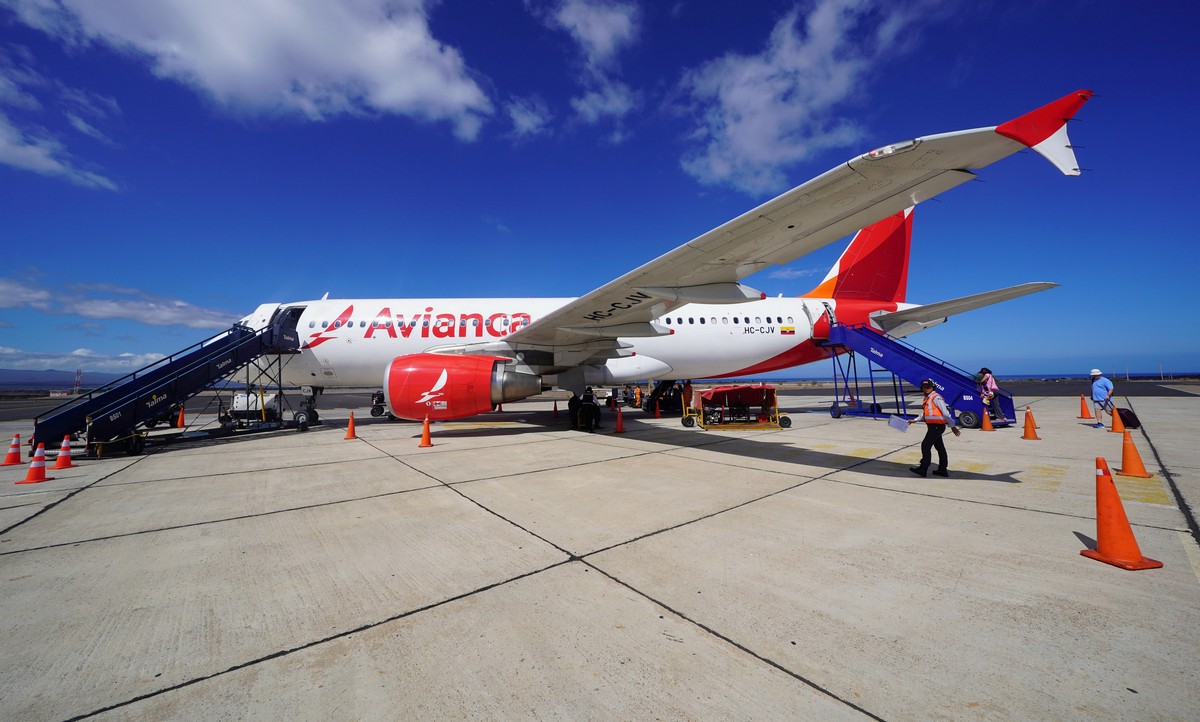 We flew over Guayaquil once more, checking out both its poorer and richer parts, and further onward we flew…

…And back to Quito.

Now, some aromatic bitters I think, to help the digestion of all those dishes of Galapagos. And there’s no better digestive aid than… reading maps, as you’ll know ).

But first, we need to get to grips with the local place names on maps of this part of the world. See, theses islands were discovered by the Spanish, then the English, then again the Spanish, and each time (almost) every island earned itself a new name!

So, herewith, the various names of the islands we visited (going form north to south and from west to east: 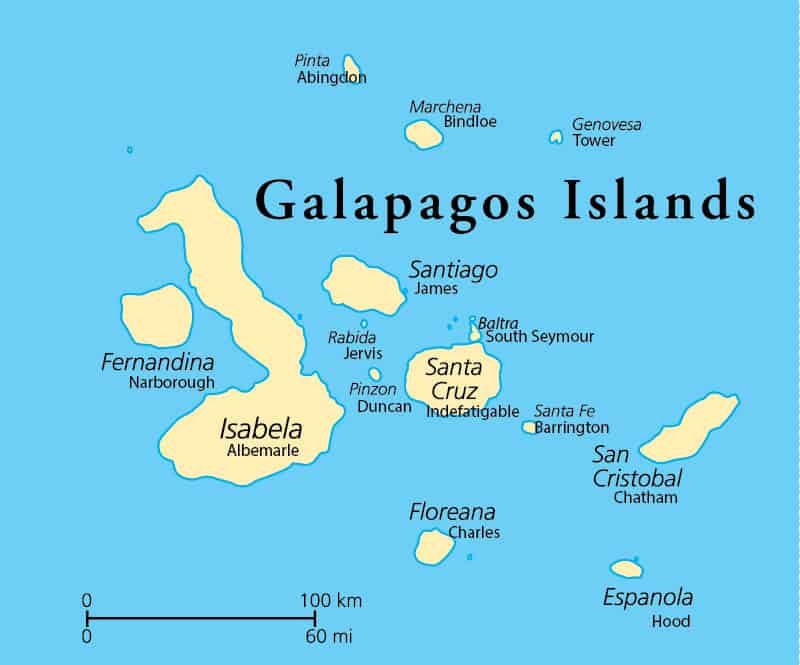 Manage to digest all that?!

So totting those up – that comes to eight islands we visited.

Now for the particular places on the islands we disembarked at:

Ok. Now, finally – the cognac and cigar! – bring out the route map! 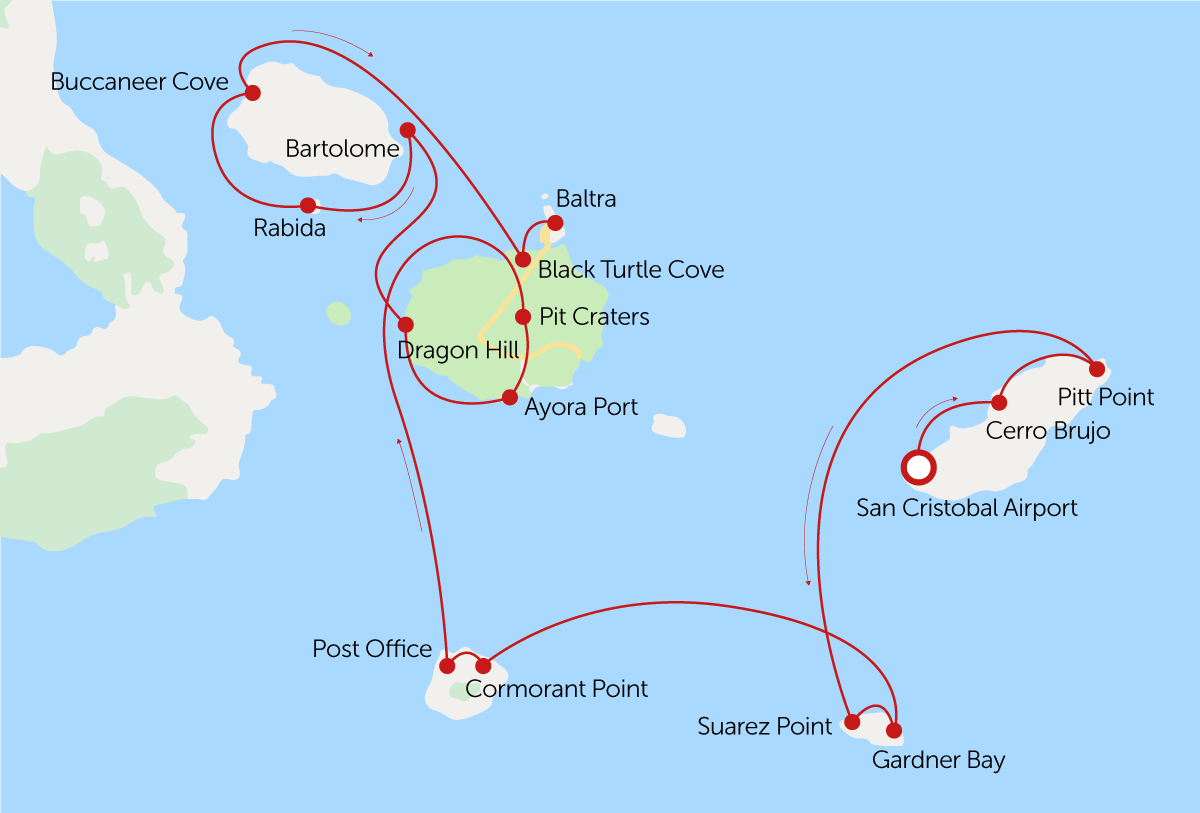 So there you have it folks, the Galapagos Islands – from top to bottom. Highly recommended, it goes without saying. They’re a pain to get to, the whole trip ain’t cheap, and the boat rocks a bit too much for comfort for some; but the raptures, the impressions, the emotions, and the future memories – I think they more than compensate for all that. But don’t take make word for it – have a go yourself! You wont’ regret it.

Over and out from the Galapagos folks!

All the Ecuador pics are here.