So how do we offset this pre-winter weather and mood? For some time now, I’ve wanted to check out the Japanese Military Museum Yushukan, and now we’re finally going… 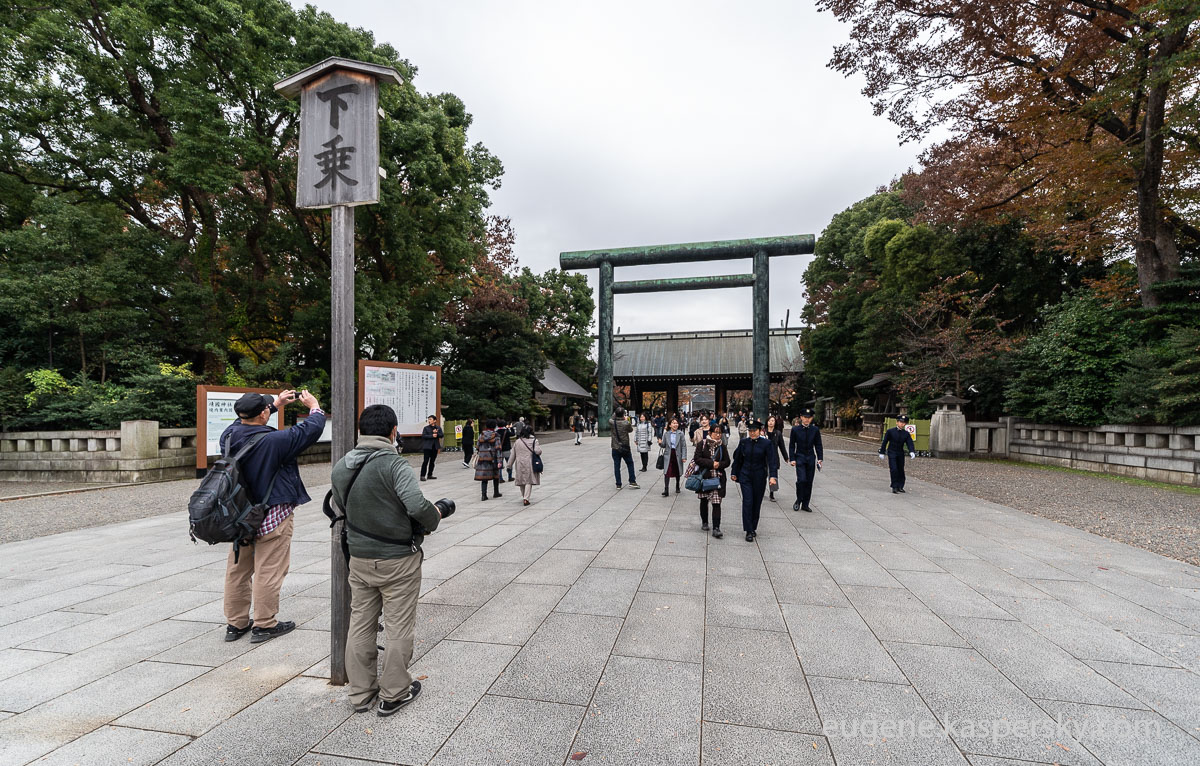 The ground level is rather modest: there’s a steam train, a plane, and a couple of sand-colored cannons: 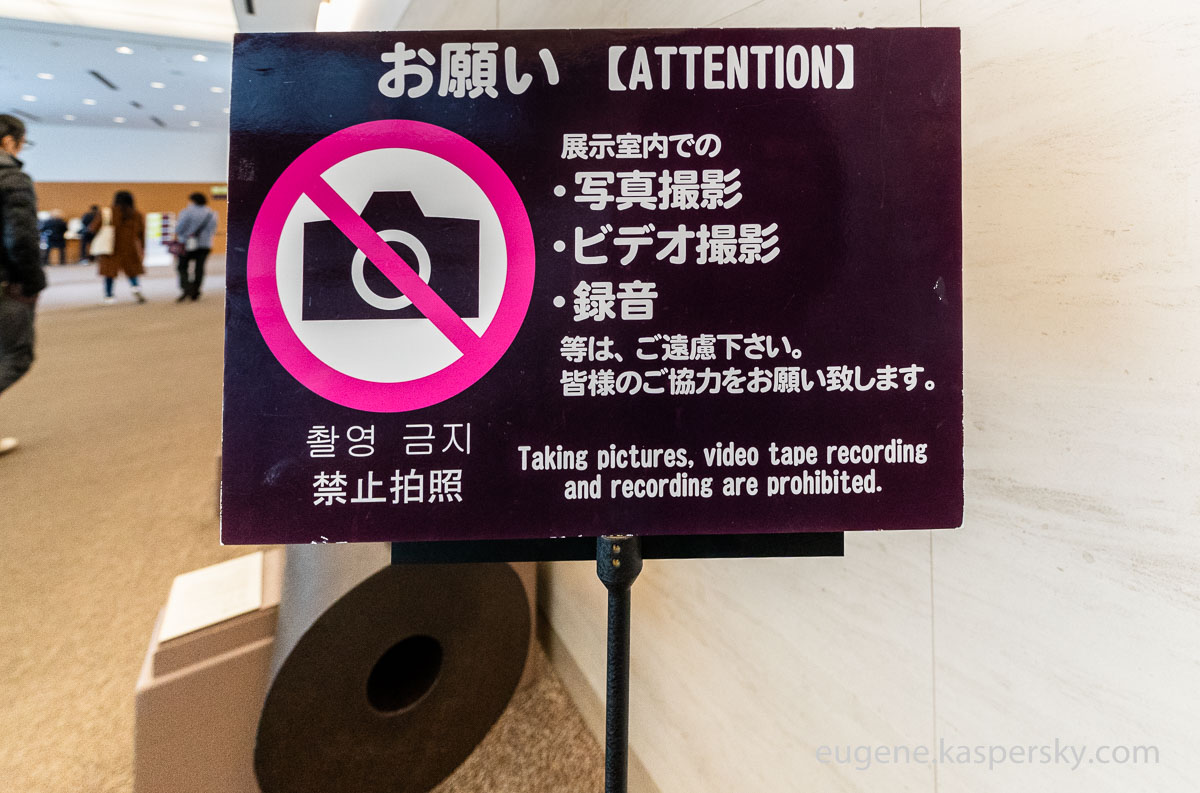 In fact, I’m slowly coming to the conclusion that taking pictures or recording in museums is only prohibited when there is a sense of shame as to the quality and/or quantity of the exposition on display (as was the case with my recent visit to the Guggenheim Museum Bilbao). For some reason, it’s not an option to close the museum, but it’s best not to show the outside world what’s in there. My impression may not be quite right; perhaps this rule is not applicable across the board. However, it appears to be true in this specific case.

The museum starts off interesting enough – there are samurai battles, items of clothing, katanas and other paraphernalia on display. Then it comes to the 1930s and 1940s, and the exhibition gets more interesting.

It’s always interesting to see those events from different sides. And yes, certain things do get exhibited that might be deemed undesirable for tourist photos or videos. For example, there’s a mention of the Nanjing Massacre (which surprised me – I really didn’t expect to see that mentioned here). However, the tragedy is referred to as some sort of “Nanjing incident”. By the way, some estimates suggest that the number of the Chinese who were killed in Nanjing may have exceeded the total number of victims of the Hiroshima and Nagasaki bombings.

But now I’m getting all negative. To sum up, wars and mass murders are a very sad aspect of the human race’s history. And, by the way, this sets humans apart from other animals, who, as far as I know, have never carried out the mass murder of genetically similar species.

I may be doubly wrong here: 1) in the way I’m handling historical facts, and 2) because of the very fact I’m even discussing such things. If anyone is interested, you can have a look for yourself if and when you happen to be in this area – the museum is open most of the time. As for me and my fellow travelers, we just keep moving on.