The next stop on our China-2018 trip: the Longyou Caves (龙游石窟) – a most mysterious place. Huge underground caverns dug into the rock. Who dug them out, when, and why – no one really knows!

They are thought to date from 2200–2800 years ago – but that’s only a guess. No artifacts were discovered in or around the caves, in fact no signs of human presence whatsoever (besides the caves themselves, that is). In all, 24 underground ‘rooms’ have been located, with a total area of some 30,000 square meters! The height of some of the caves runs to 30 meters, so the volume of rock that they chiseled out comes to 900,000m³. Quite where all those m³ of rock went is also a mystery: it’s never been found anywhere!

One thing that can be said of the mysterious humans responsible was that they weren’t subjects of any Chinese empire/dynasty – simply because there’s zero info on the caves in the archives. I think that’s why the age of the caves is often put at simply ‘pre-Qin dynasty‘, as that’s when the territory the caves are in joined other territories and became a part of China. Those times were very turbulent ones, with plenty of wars going on. One hypothesis states that the caves were made as hiding places from the enemy. Maybe that’s what they were, but without a time machine we’ll probably never know.

Btw, these aren’t the only caves like this in China. Not far from Huangshan (where we’d just come from) there are the Huangshan Mysterious Grottos, which we visited last year. They’re smaller in size, but there are a lot more of them. They appear to have been dug around the same time – or a little older, say 500 years, it is thought

The Longyou Caves were discovered in 1992 completely by chance (as often occurs) by a local who fancied he’d drain a local pond to sort out the water supply for his farmland. I can just imagine his amazement: all he wanted was some water for his crops; what he got were vast mysterious caverns!

For those interested in the various theories and other details, check out these interesting sites to quench your curiosity – here and here.

What’s rather fascinating is how the caves have very exact forms, like right angles and precisely vertical columns. And all surfaces feature those there long stratified ‘waves’ on them. Why? A mystery…

But for us it was time for an excursion. Typical for China – a recently-built grandiose entrance building, smooth paving, all well-signposted, and so on…

I was rather surprised by the limited spaces in the parking lot: clearly not the most promoted of tourist attractions (but I was fooled a bit: those buses were shuttle buses, but more on those later). 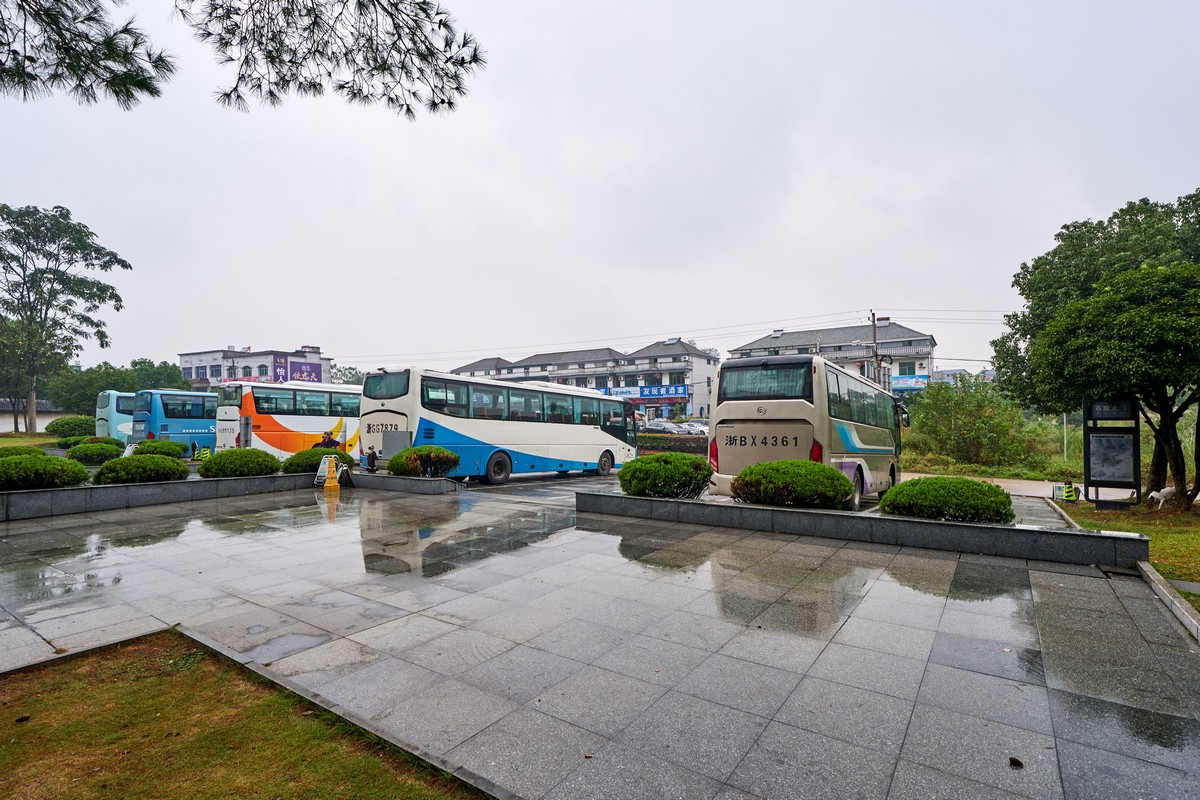 Not a large territory; can be covered rather quickly. Even at a leisurely pace, with lots of time setting up shots right, two or three hours is more than sufficient. 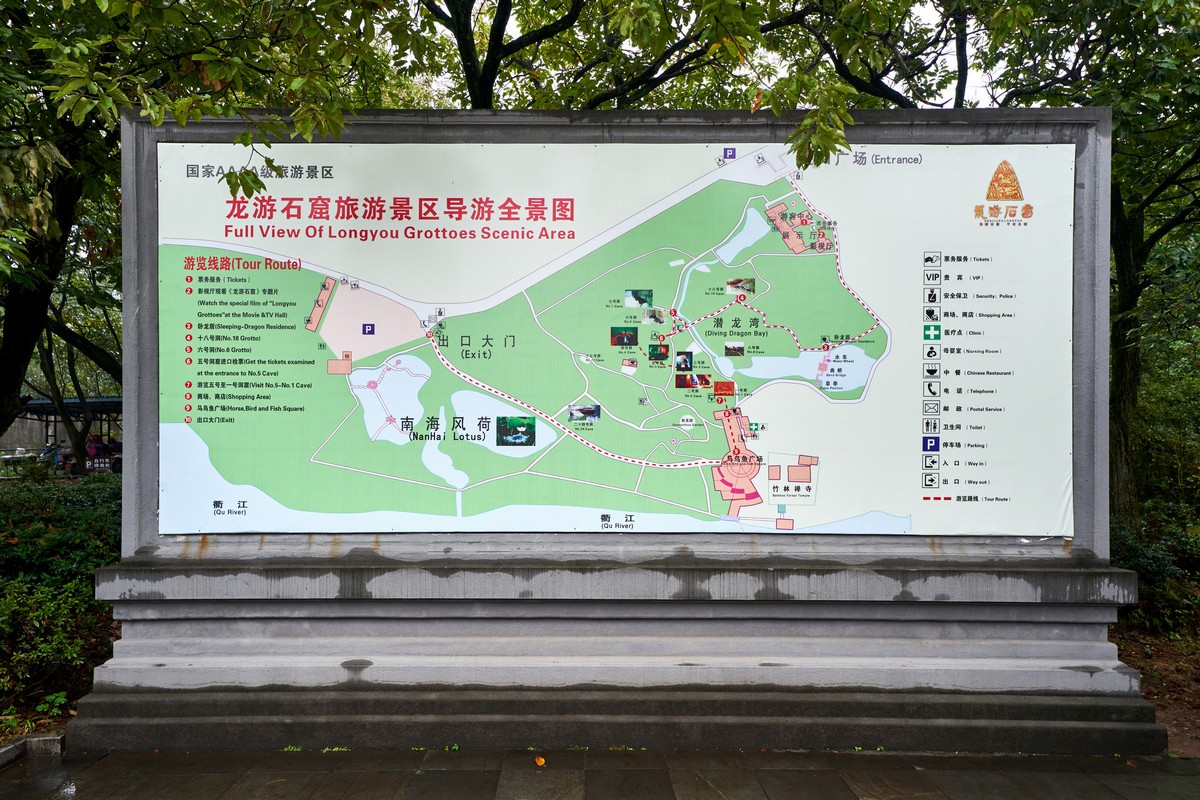 We were first taken past an unexcavated cave; quite how many of them isn’t known…

Down we go into the first cave:

…And we come to this. Oh my grotto!

Recent artistic additions to the walls:

I’ll leave it to you to decide: etching modern engravings on mysterious 2000-year-old underground walls – good or bad idea? ).

All caves originally were isolated. Not anymore! They dug tunnels through some of the walls to connect them.

Btw, some of the walls are rather thin. That must mean the builders were somehow able to work out when then were getting near to the next chamber. HOW? By sound? Or did they have ahead-of-their-time instruments and surveying methods?

So, if you’re ever here – even during the very quiet (!) low season after Golden Week – try and get here before the crowds first thing in the morning, or maybe during lunchtime.

And finally, a few pics from around about:

PS: More flooded caves, awaiting their turn to be drained, tarted up, and to start accepting tourists:

That’s all for today folks. But I’ll be back tomorrow – with another second visit: to Danxia!…